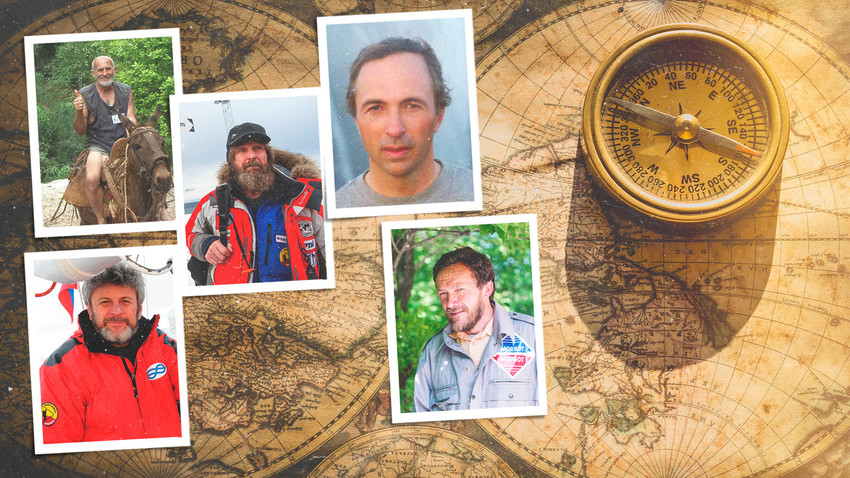 Pixabay, Ramil Sitdikov/Sputnik, Vladimir Nesin/Facebook, Lyudmila Pakhomova/TASS, NatFed/Wikipedia, Anna Zolotina/Wikipedia
Would you travel the world barefoot? Or circumvent the globe on a bicycle? These whacky Russians prove that anything is possible! 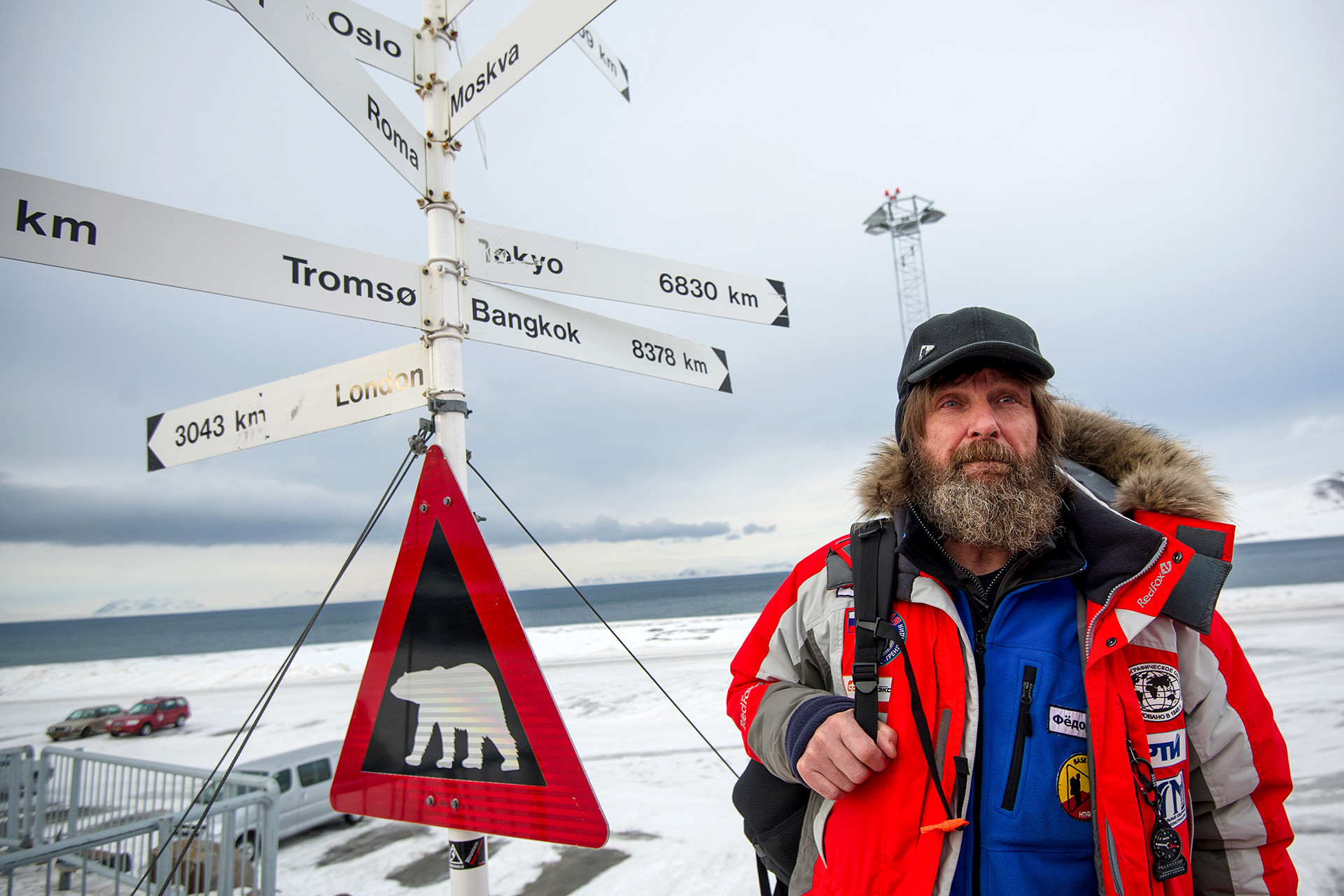 Born in 1951 on the coast of the Sea of Azov, Fyodor Konyukhov is probably one of the most famous Russian adventurers. A graduate of Odessa’s Maritime College, majoring in navigation and maritime engineering, he strived to travel and discover the world from an early age - he completed his first expedition at the age of 15, having crossed the Sea of Azov solo in a rowboat.

Since then, he has gone on more than 50 expeditions that involved sailing, rowing, cycling, skiing, hot-air ballooning, rafting, trekking, dog-sledding and/or horseback and camelback riding. So far, he is the first and only person in the world to reach the five extreme Poles of the Earth, the first and only person who was able to cross the Pacific Ocean in a rowboat in both directions, and the first Russian to complete the Seven Summits program, climbing the highest peak on each continent. 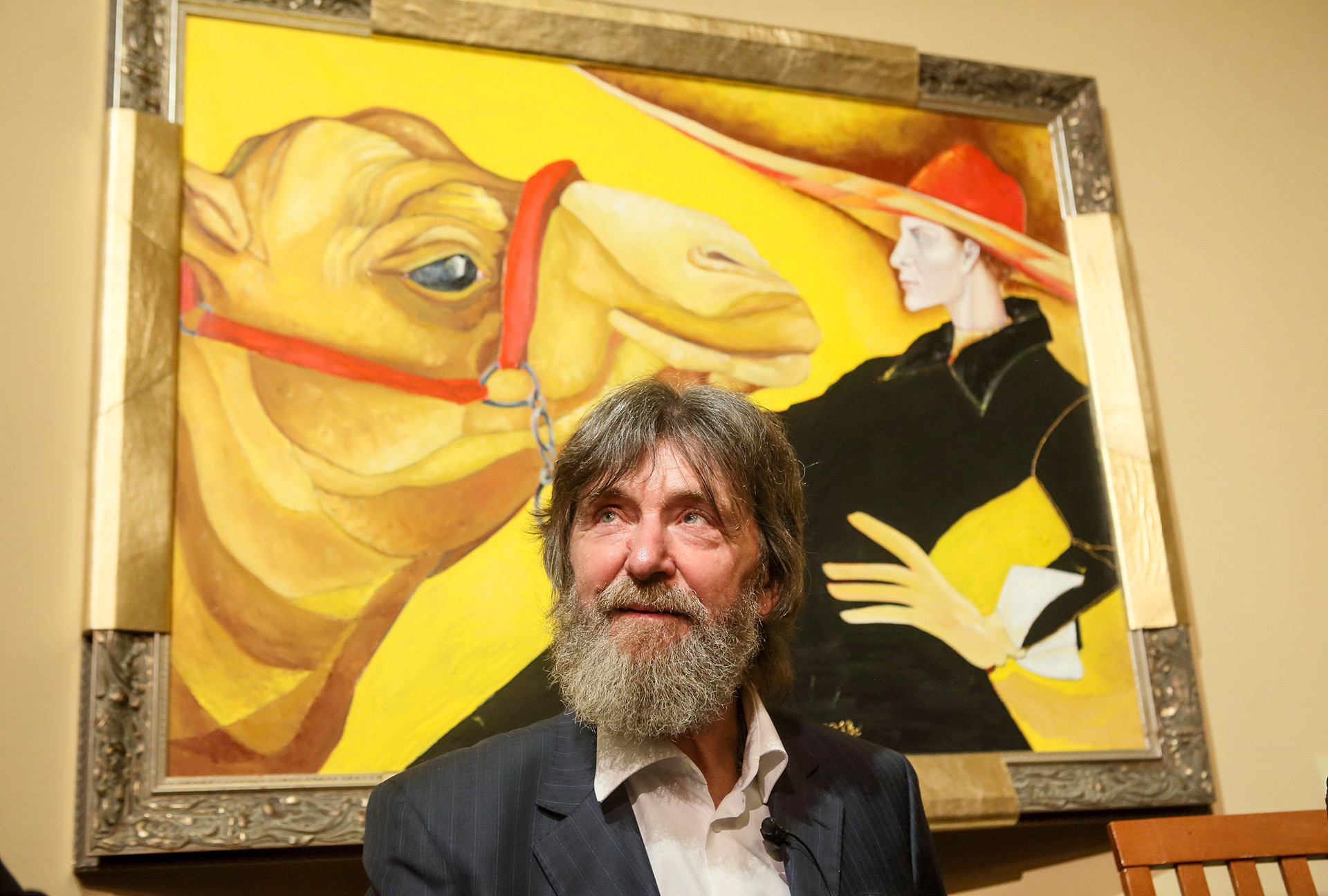 Fyodor at his exhibition in St. Petersburg.

Among his recent expeditions was a 2018-2019 rowing adventure from New Zealand to Chile crossing the Southern ocean - a voyage that set several world records, including the highest number of days spent in the Southern Ocean (154) and the longest distance covered in the “roaring forties” and “furious fifties” latitudes – 11,525 km. In 2016, he also did a nonstop, solo round-the-world balloon flight crossing 35,168 km in 268 hours and 20 minutes (a world record).

Apart from his life as an adventurer, he is also an artist, writer, and an Orthodox priest. The traveller also was awarded the UNEP ‘GLOBAL 500’ Prize for his contribution to environmental protection and UNESCO’s ‘Fair Play’ Prize. 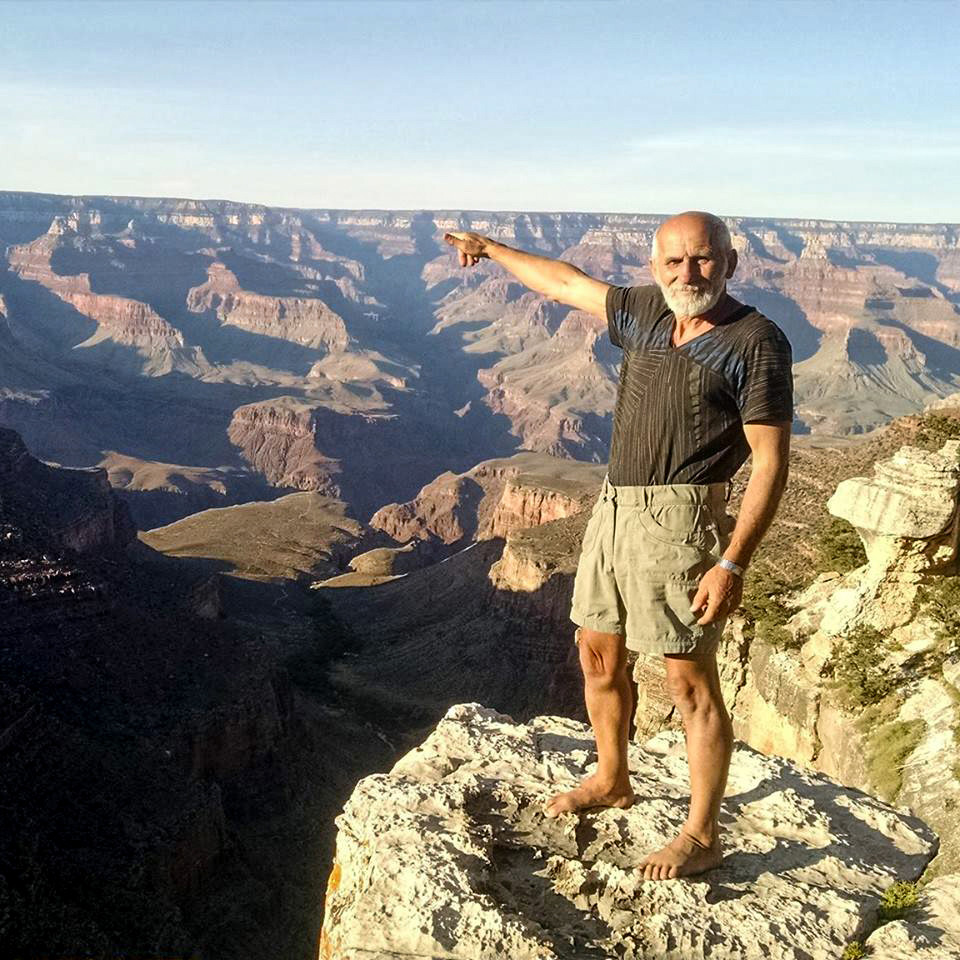 South Rim of the Grand Canyon

Vladimir Nesin is a 69-year-old Russian traveller who has crossed over 146 countries BAREFOOT. A former sambo instructor, Vladimir started travelling in 1996 and since then has passed more than 142,000 km barefoot, not including distances using other transport, like hitch-hiking. Before the fall of the Soviet Union, he travelled around 15 Soviet republics and wanted to explore the world, which he finally did after the border opened in the 1990s.

According to an interview in 2018 (in Russian), Vladimir almost rarely goes to the doctor: he avoids extreme temperatures, but it’s OK for him to step outside, as long as it’s warmer than -5 degrees Celsius. Plus, he doesn’t go out if it’s too hot. During his travels, he carries a tent, sleeping bag, travel mat, bowler, matches and a small stock of products. He also carries a camera and uses a cell phone - but only for navigation, without a SIM card. 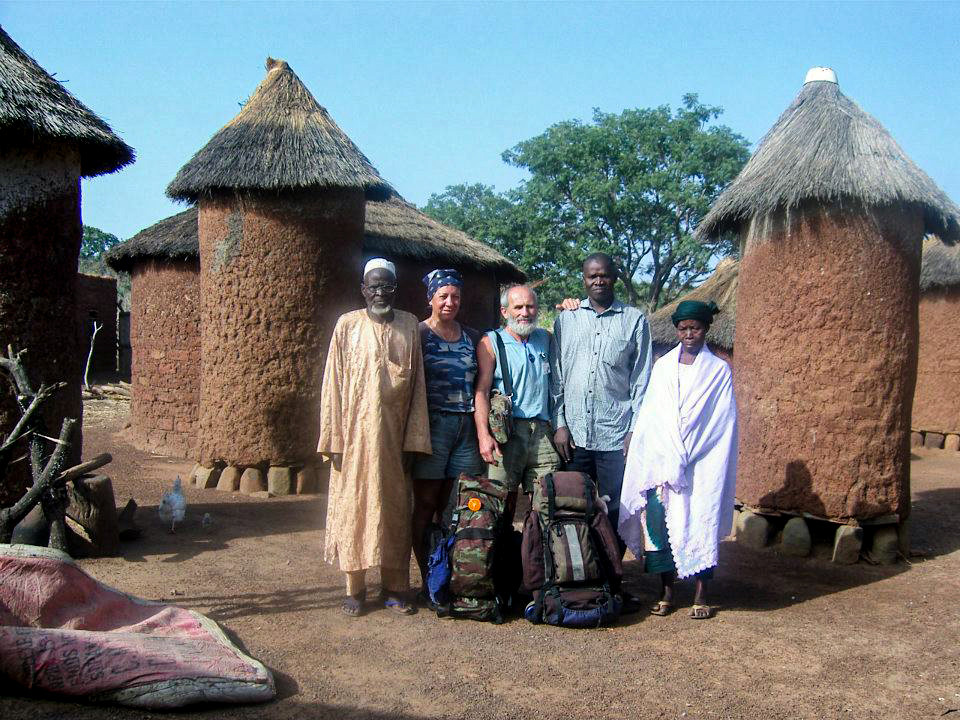 In the Republic of Mali.

He doesn’t own a house or car, and manages to travel just on his pension of 12,000 rubles ($190) a month. He doesn’t spend more than a dollar a day while travelling (a kilogram of rice is enough to last him two days) and usually only spends money on visas, mobile connection, etc. He travels so extensively, he only manages to visit Russia twice or three times a year. 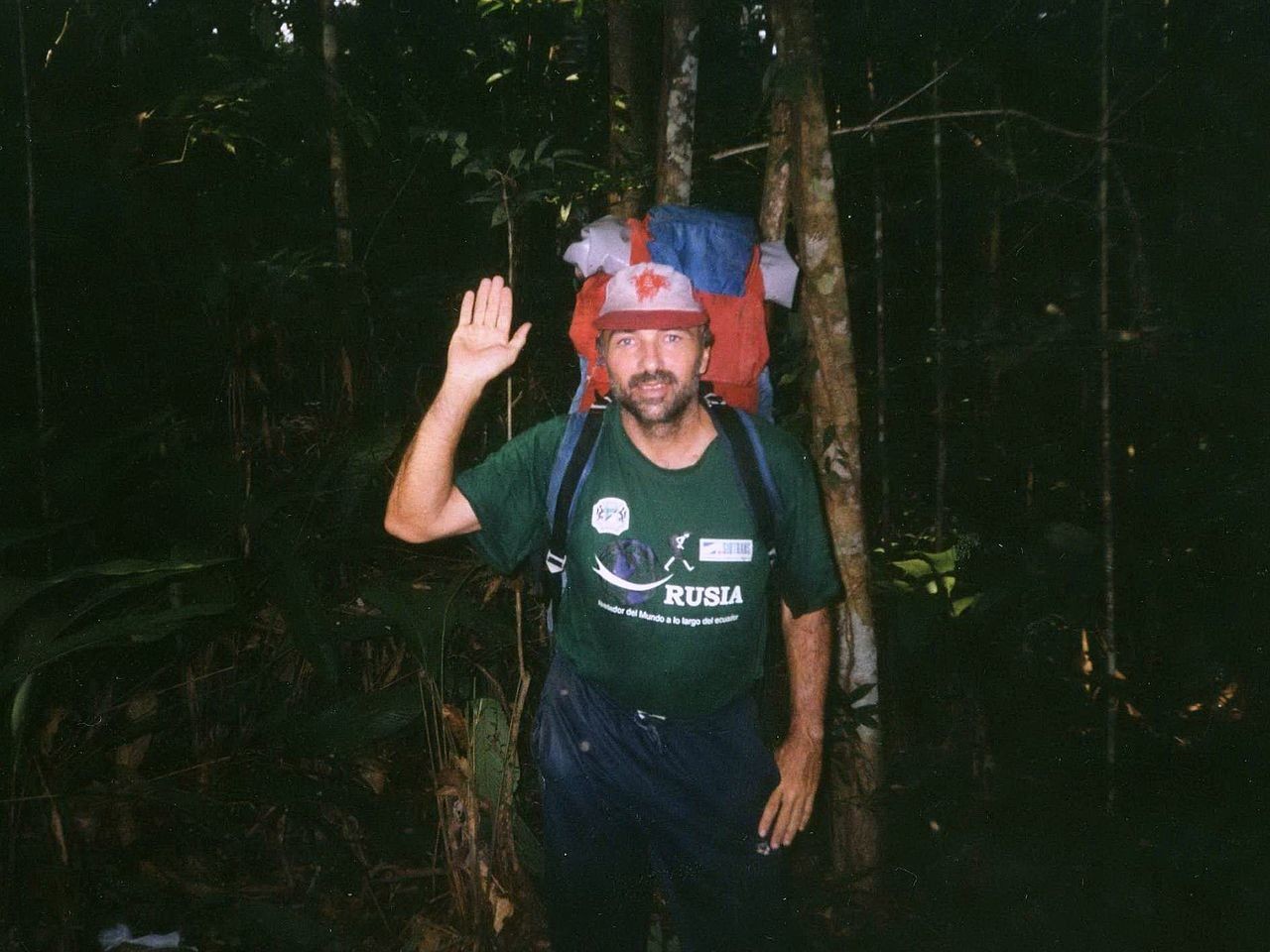 Vladimir Lysenko in the Amazon Jungle,

Russian scientist and explorer Vladimir Lysenko is known for his world records in high-altitude river rafting, car and cycling expeditions around the world. Born in 1955, he graduated from the Kharkiv Aviation University and pursued an academic career - aside from travelling he has a regular job as a senior research fellow at the Siberian Branch of the Russian Academy of Sciences (Institute of Theoretical and Applied Mechanics). Ever since school, he has been interested in sports and travelling - and this interest propelled him to attempt some of his most daring accomplishments.

In the 1990s, Vladimir became the first man in the world to raft down all 14 peaks higher than 8,000 meters and, later, became the first man to raft down the highest peaks of all continents and Oceania. He set a world record for the greatest altitude difference travelled while rafting (4,500 meters) and set a Guinness World Record for high-altitude rafting with a 5,600 meters start on the Eastern Rong Chu River on Mt. Everest (breaking the previous record of 5,334 meters set in 1976 by the Mike-Jones team from England). 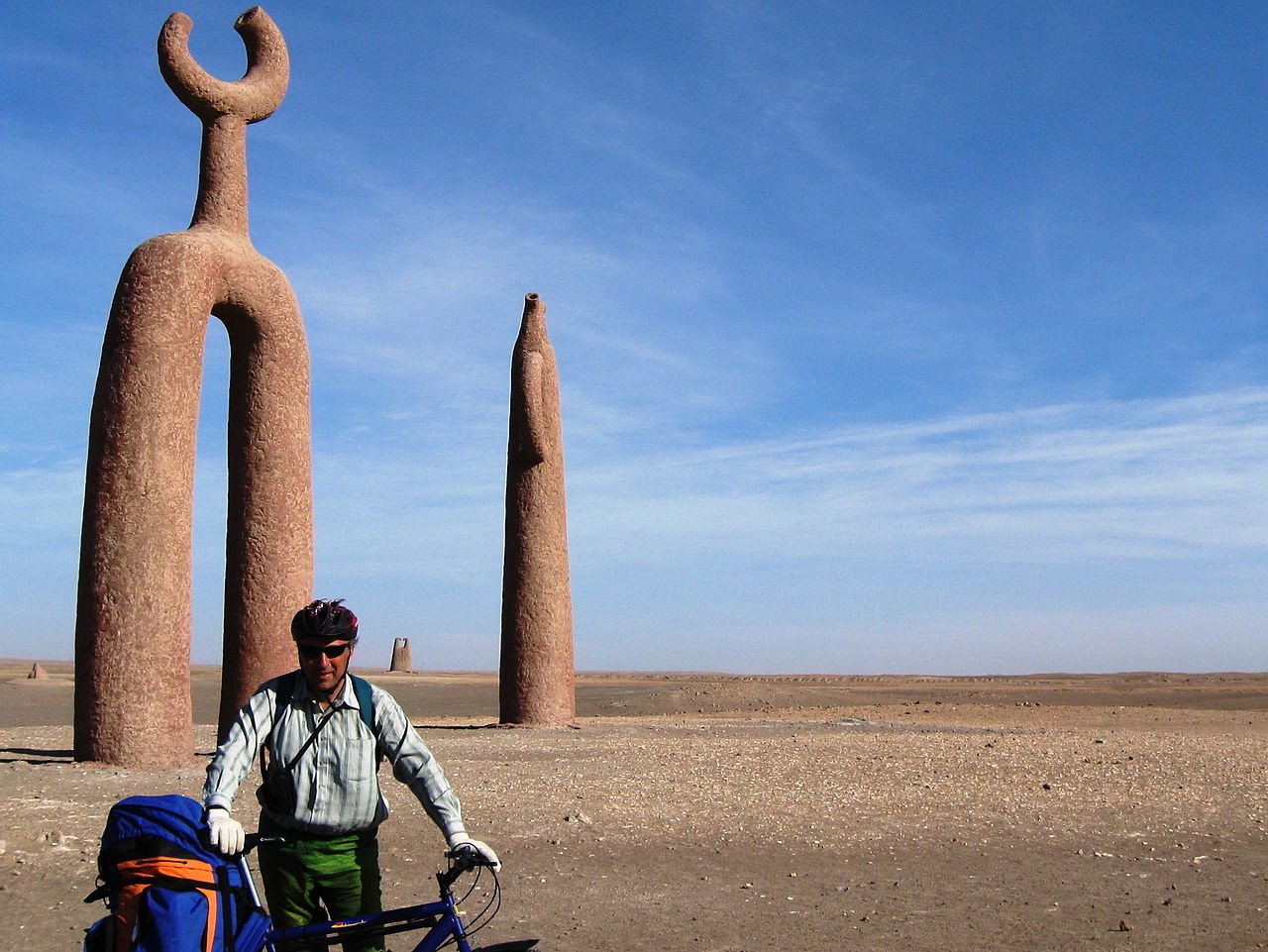 In 1997-2002, Vladimir went on a round-the-world tour by car through 60 countries. He crossed all continents (except Antarctica) twice, to-and-from their opposite ends (from north to south and from west to east) that were possible to reach by car - travelling 140,000 km overall. In 2003, he followed the path of the Klondike Gold Rush of 1897-1898 by foot and kayak. In 2004, he descended to the bottom of the deepest mine on the planet located in South Africa (at a depth of 3.5 km), travelled by car through Africa and the Middle East to Russia and did a series of flights in an air balloon, reaching heights of 11-16.5 km.

Apart from that, he also circumvented the globe by bicycle (crossing 29 countries) in 2006 and did a round-the-world tour along the equator (by car, motor boat, yach, ship, kayak, bicycle and foot), which took him 260 days over the period from 2004-2012. He also visited all 195 member-countries of the UN, including members and observers. 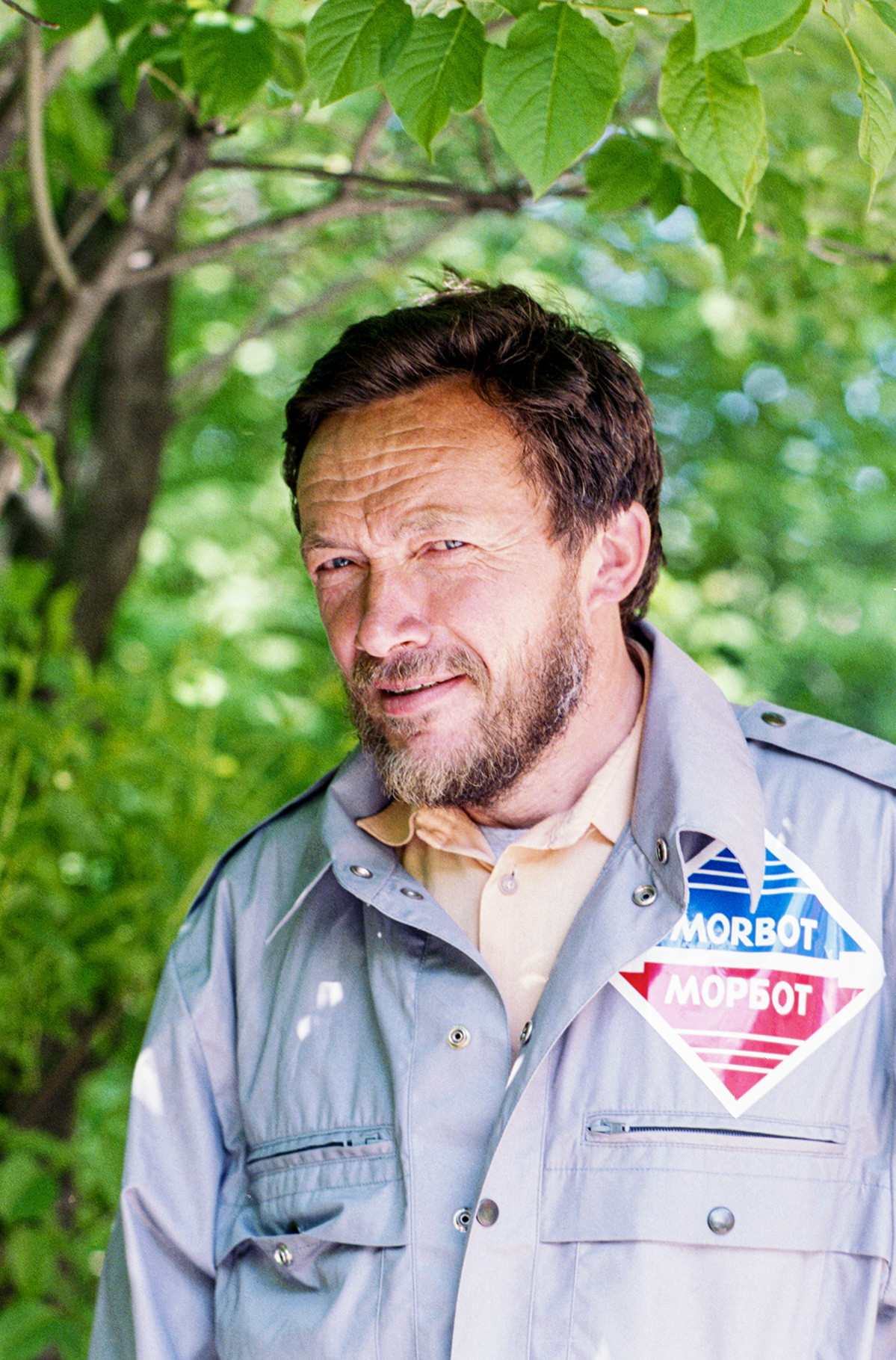 Vladislav Ketov in 1997, before the start of his 21-year-long adventure.

The Russian traveller and painter from St. Petersburg is famous for his 21-year-long adventure in which he went around the world on a bicycle along the coastline of four continents. Starting the journey in May 1991, he crossed 169,000 km and 96 countries, including military conflict zones and hard-to-cross places. He was the first person to travel without any kind of support through Europe, Africa, Asia, and the Americas, including through deserts and mountain ranges. 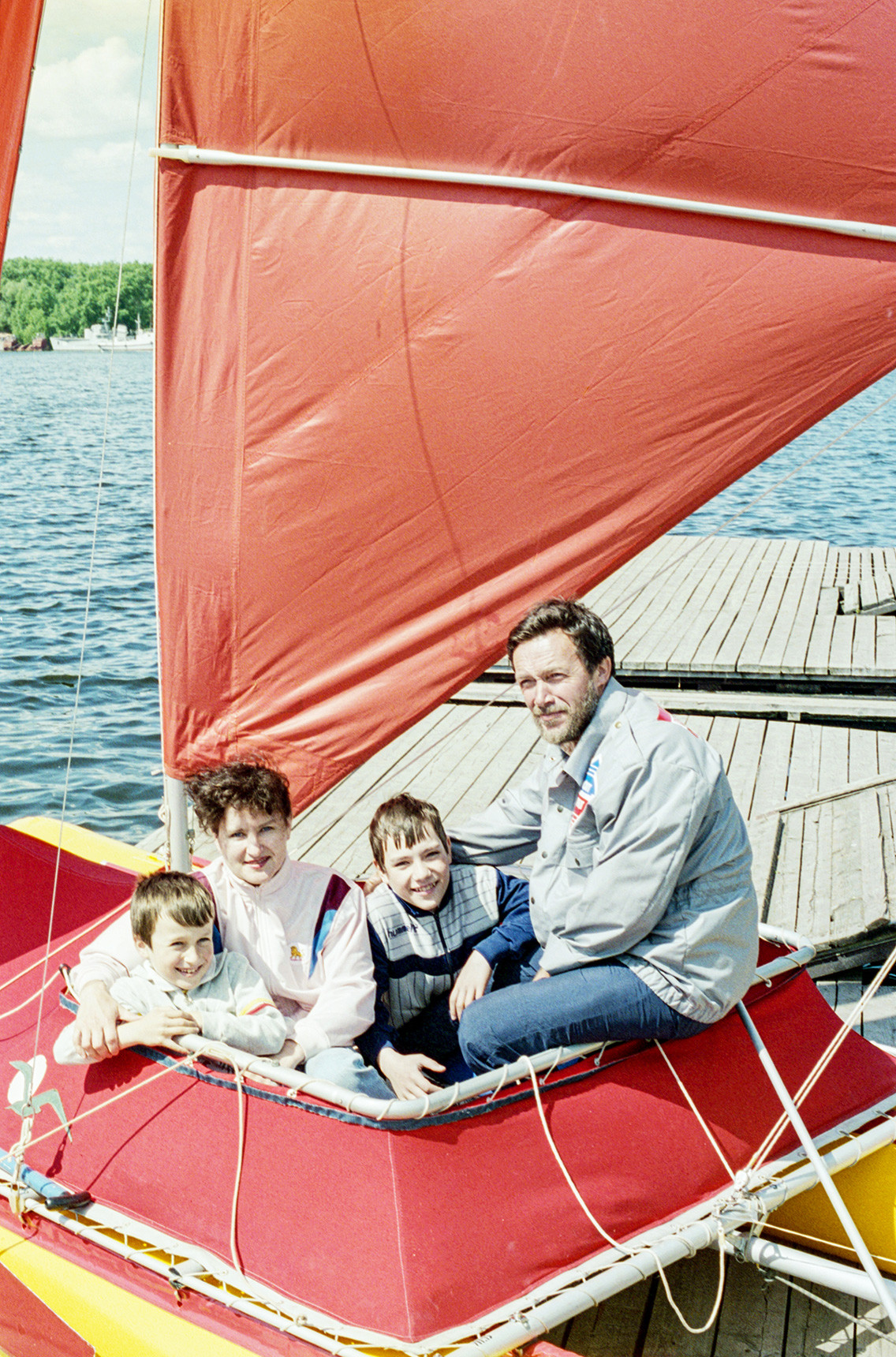 In 1995, he received a ‘UNEP globetrotter’ status from the UN Environment Programme for his ecological approach to travelling. During his travels that concluded in 2012, he took more than 30,000 photos, over 120 audio tapes and route maps, as well as painted hundreds of portraits of locals. 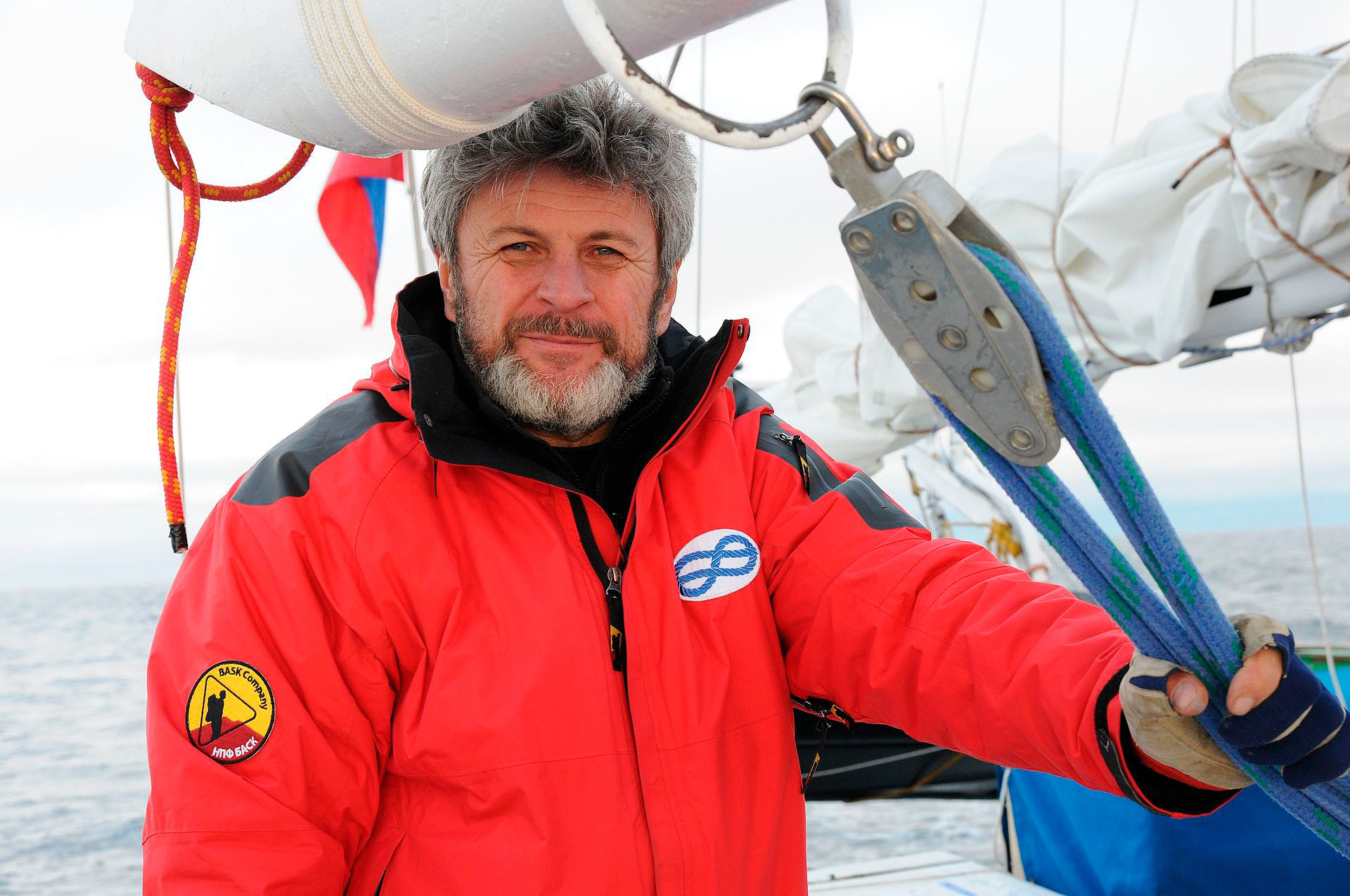 Born in 1955, Nikolay Litau is a Russian yachtsman, holder of four prestigious international yachting awards, and a member of the Russian Geographical Society. Since 1987, he’s been involved in yachting, taking part in regattas and overseas trips. In 1993-1996, he built his own yacht, the ‘Apostol Andrey’, and later accomplished three round-the-world voyages in it. 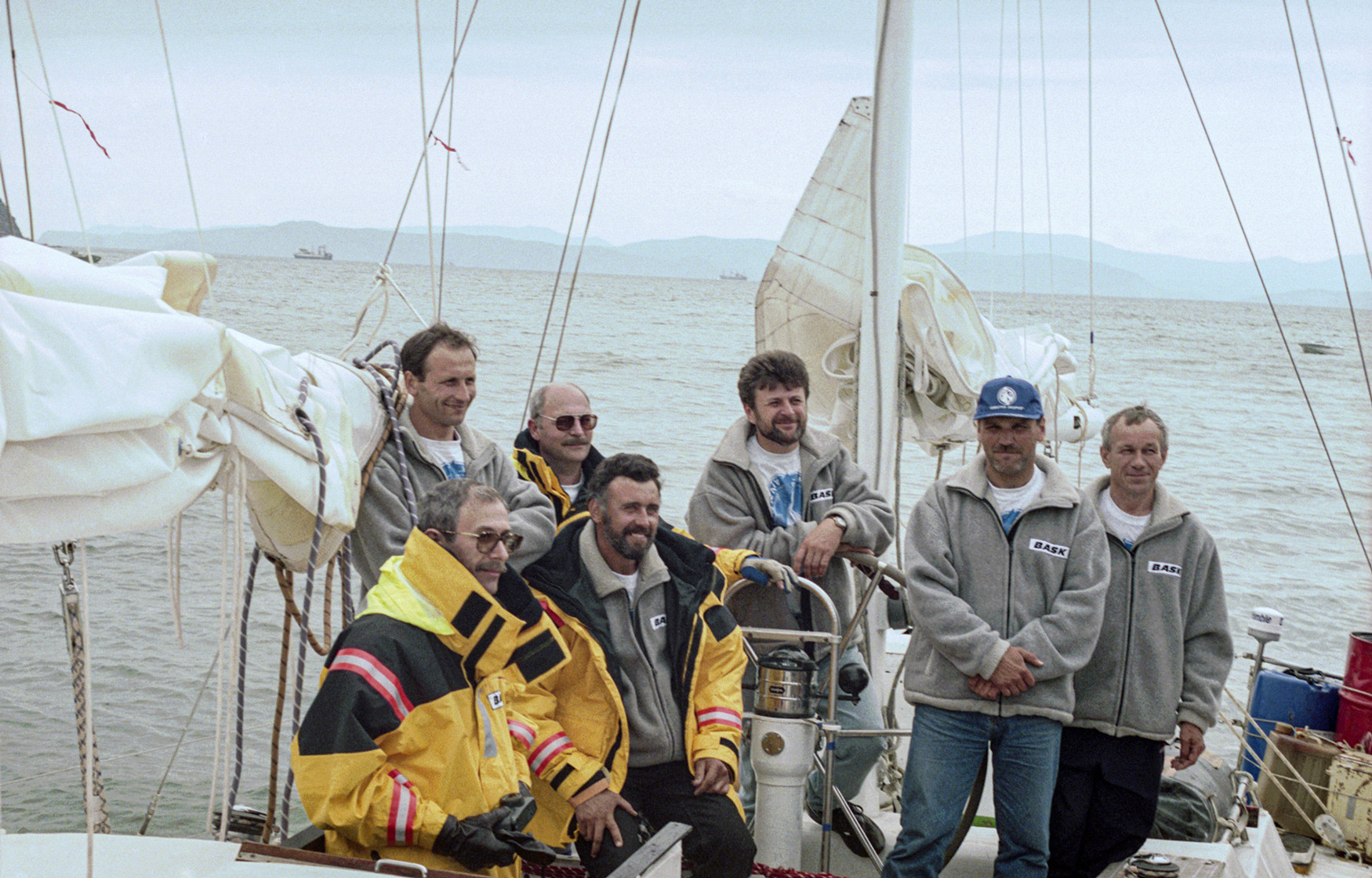 1998, on an expedition near Kamchatka.

In 1996-2006, Litau’s ‘Apostol Andrey’ travelled over 110,000 sea miles, visiting all the planet’s continents, crossing all oceans and setting five new world records. In 2007, he was named ‘The Legend of Yachting’ in Moscow.