From Russia's Sakhalin to Kalmykia: How many miles can a man run? 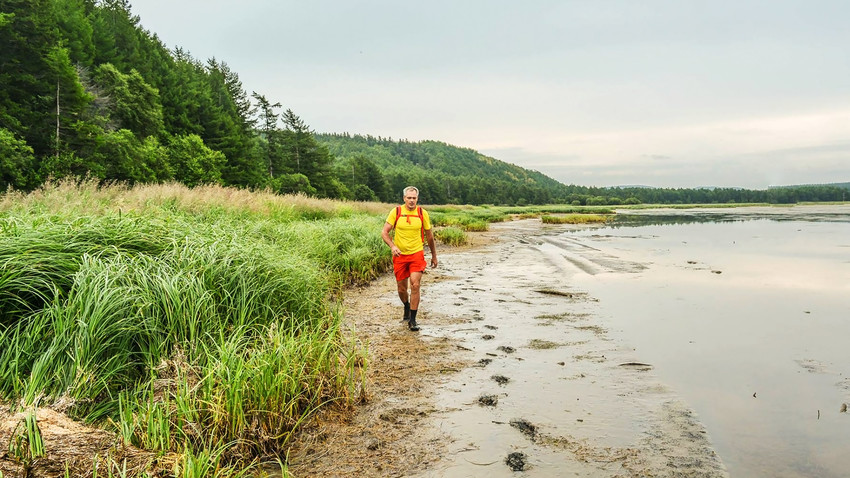 Jevgenij Feldman
Simple jogging might seem boring to some, but one Russian ultrarunner is proving that is simply not true.

April 8, 6.18 pm, somewhere in a cane field, on the southern border of Russia’s Kalmykia Republic, stands a Russian sportsman who has just finished his ultra-marathon. His name is Dmitry Erokhin and he has just crossed 356 miles from the northern-most to the southern point of Kalmykia finishing the run in 7 days, 10 hours and 48 minutes, with an average speed of just under 50 miles a day.

For the 38-year-old ultra and trail runner this marathon is not the first one. Since 2006, when he first became interested in running, Dmitry has completed more than 150 marathons and ultramarathons including the 155 miles-long Marathon des Sables in Sahara (2013), a 26-day 1,056 miles marathon from Moscow to Sochi (2014) and the Everest Marathon (2017), crossing 37 miles from Everest Base Camp to the village of Namche Bazaar. How does he do it and, most importantly, why? 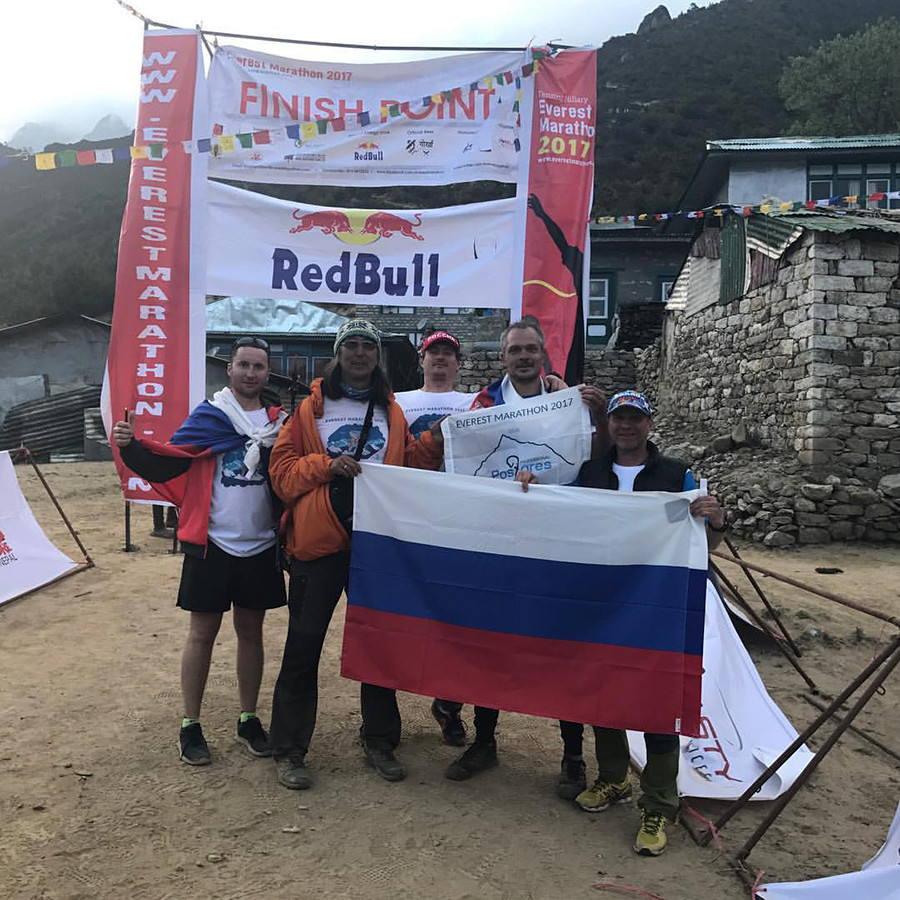 Born in Russia’s Kemerovo region, in the city of Novokuznetsk (2,310 miles east of Moscow), Dmitry is a lawyer by profession. He grew fond of running when he was 25, largely thanks to a book “Running to the rescue” (’Beg v pomosh’ in Russian) by a prominent runner from Russia Andrey Chirkov, who started running at the age of 52 (!).

“I didn’t like doing sports, but I got inspired by (Chirkov’s) story and immediately came up with a training plan, chose a date for a marathon that fitted well into a 100 day pre-training period and brought my plan into reality in 96 days,” Dmitry said. Thanks to Chirkov’s book Dmitry also got interested in ultramarathons (distances longer than 26 miles) and quickly felt an urge to start switching asphalt for mountains and deserts and embark on trail running. 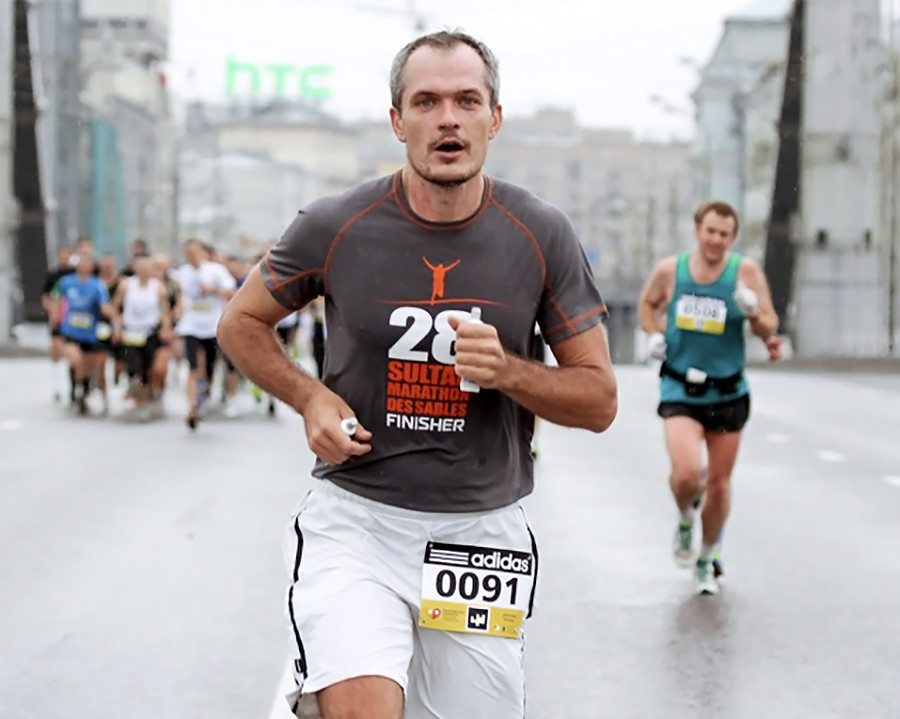 Up until his Sahara trip in 2013 Dmitry had already completed several marathons in Russia and Ukraine, but hot weather and problems with food supplies made Marathon des Sables one of the hardest challenges for the sportsman. He picked lard as his main source of calories on the way, but due to the hot weather it had melted by the second day, so Dmitry would have had to run the next four days barely without food if it wasn’t for the help of a fellow Russian ultrarunner Vladimir Voloshin who shared his supplies with him. Erokhin finished 43rd – the best result among seven Russian participants that year. If it were not for the error with food, he would probably have finished in the top-30. 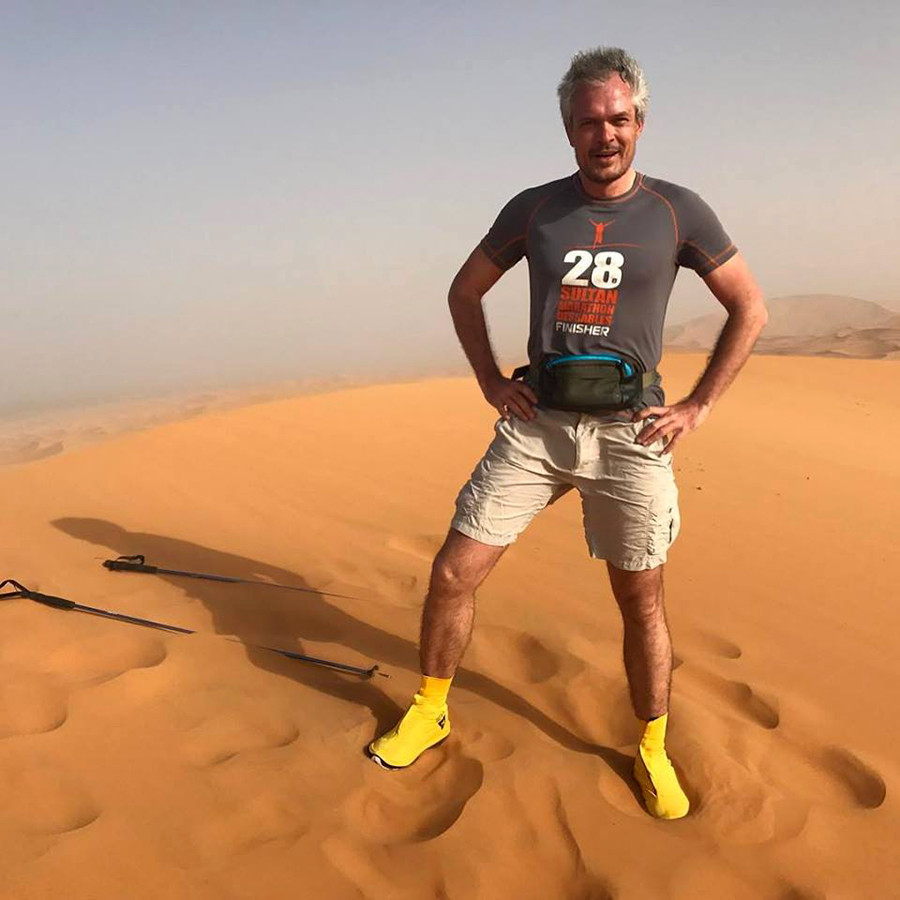 Another task that Dmitry set himself in 2016 was to trail run around Lake Baikal to raise public awareness of the environmental risks facing the region. The route was very difficult: at one point for a few days he had to run close to a burning forest and twice drive away a bear! After 28 days of the trail run and 745 miles into the task, Dmitry was evacuated to hospital with tick-borne encephalitis. He had 310 miles left to go. Yet, this did not stop him from making new and ambitious running plans.

What keeps him running?

Some might consider running a rather boring task, plus all the other negative external factors of trail running, like diseases and weather conditions, make the sport even less appealing. But for Dmitry and enthusiasts like him (the number of which is on the rise in Russia) the risk factors only make the adventure more interesting.

Last year Dmitry ran from the north to the south of Sakhalin Island completing the 745 miles in just 20 days – at least 37 miles per day, through rivers and wild forest with overnight stays in hotels and guest houses on the way.

“When I run I focus on where I step, think about the route and assess my physical state,” Dmitry who also works full time at an audit firm, told Russia Beyond. 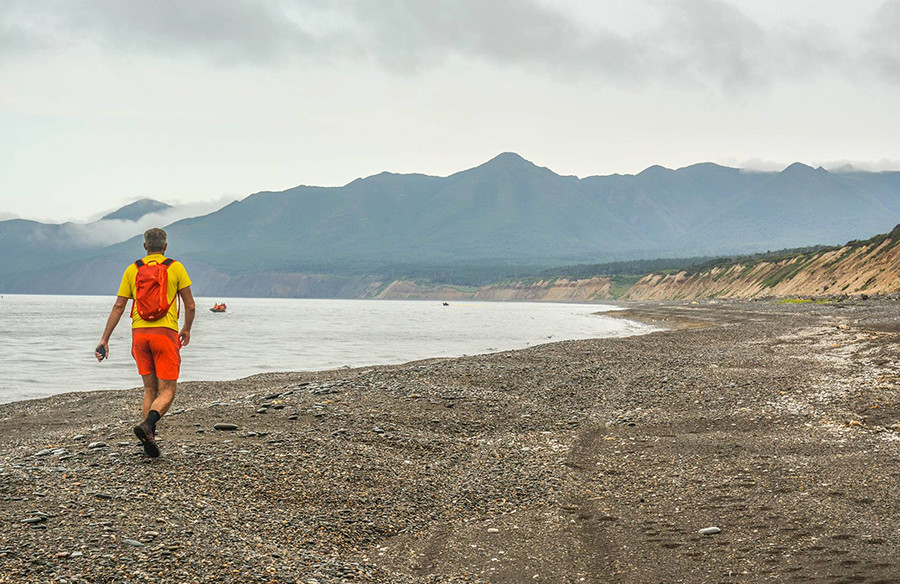 Plus, every time he comes up with a new marathon task for himself, he devotes it to a certain cause. A Moscow-Sochi marathon, for instance, was done to raise money for stroke victims, while a more recent ultramarathon in Kalmykia – to support the republic's endangered saiga antelope.

In addition, Dmitry also consults and coaches those who, like him, feel an urge to run. “Since 2008 I’ve been training people – some on a regular basis, some by simply giving advice and guidance.  I do it for free, just for the good cause of promoting running culture in the country,” he says.

Can you do it too?

Preparing for such runs like marathons and ultramarathons is not an easy task. You not only need decent experience in trail running and good health (strong legs, heart and immune system, psychological stability and endurance) but also good equipment and an ability to plan things in advance to create a timing schedule for the run as well as prepare all necessary food and water supplies and book hotels on the way. 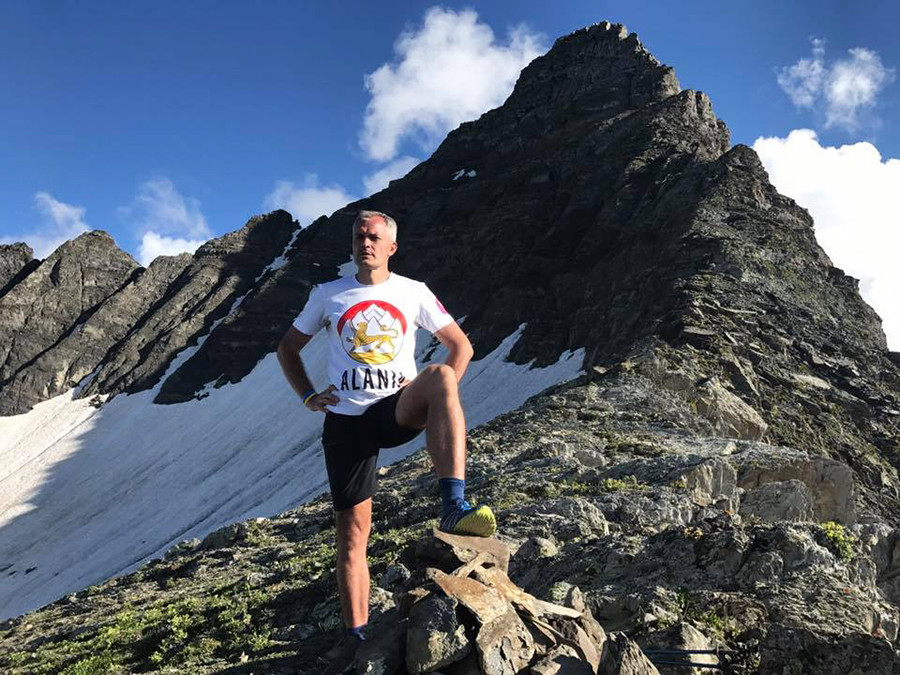 For running long distances it’s important to plan everything in advance, research the route and be ready for anything. “In Kalmykia, for instance, my route turned out longer than I planned, because I had to go around my initial route which was through steppe. The latter hasn’t yet dried out and was still wet because of a late winter. So I had to run 75 miles more than I expected,” Erokhin recalls. He plans his next marathon May 14-27 – a 560 miles route through 10 cities of the Russian Golden Ring.

“One should have a nervous system that can withstand monotony,” Dmitry notes. “There are people that physically cannot run for a long time. In such cases I’d recommend to run for a kilometer [just over half a mile] and in the last 50 or 100 meters [54-109 yards] push oneself to run faster, sort of ‘shake oneself up.’ One can also try running with music or an audiobook.”

There is no universal “secret for success,” he believes. “I’m a strong supporter of regular running, at least 15-20 km [9-12 miles] a day to improve running endurance,” he said. “For those that are only thinking about beginning to run the most important thing is to be careful. Beginners can harm themselves so the key thing is not to hurry. Plus, regular training and videos on Youtube can help.”

Love running too? If you are in Moscow, check out these popular spots.