This guy is walking 6,000 km from Russia to India 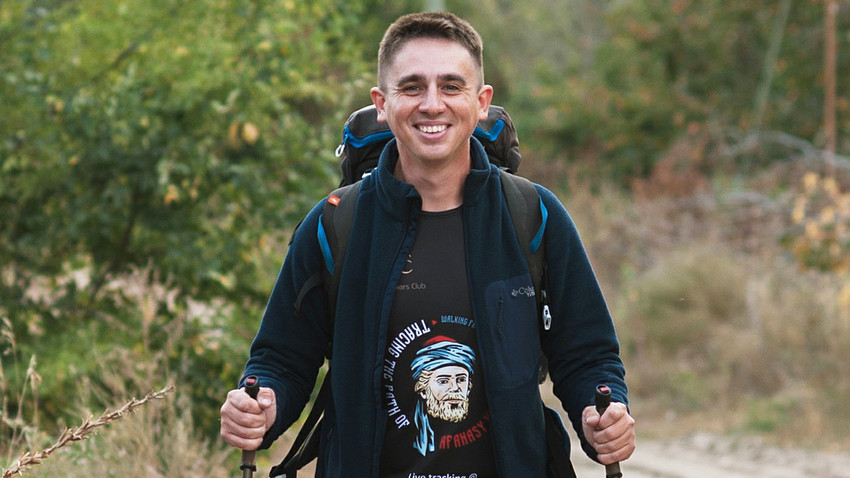 Personal Archive
A seasoned traveler is attempting to retrace the historic journey of Russian merchant Afanasy Nikitin who was the first European to ever reach India and document the visit. All in an effort to raise money to help sick kids that need expensive treatment.

First walk from Russia’s Tver to the city of Astrakhan, along the Volga river, then go through Kalmykia and Dagestan to Azerbaijan and Iran, where a boat will sail for Dubai, and from there, take another ship to finally reach India - this is the route Evgeny Kutuzov, a 30-year-old traveler from St. Petersburg, is embarking on to repeat the famous journey of Russia’s famous explorer, Afanasy Nikitin, who visited the country in 1469, beating even Portugal’s Vasco da Gama.

Kutuzov’s final destination is the monument for Afanasy Nikitin in the Indian village of Revdanda, some 125 km south of Mumbai, and a probable location where the merchant first set foot in India. The only difference between the two Russian travelers is that Nikitin first got to India travelling by boat, while Kutuzov is reaching it mainly on foot. 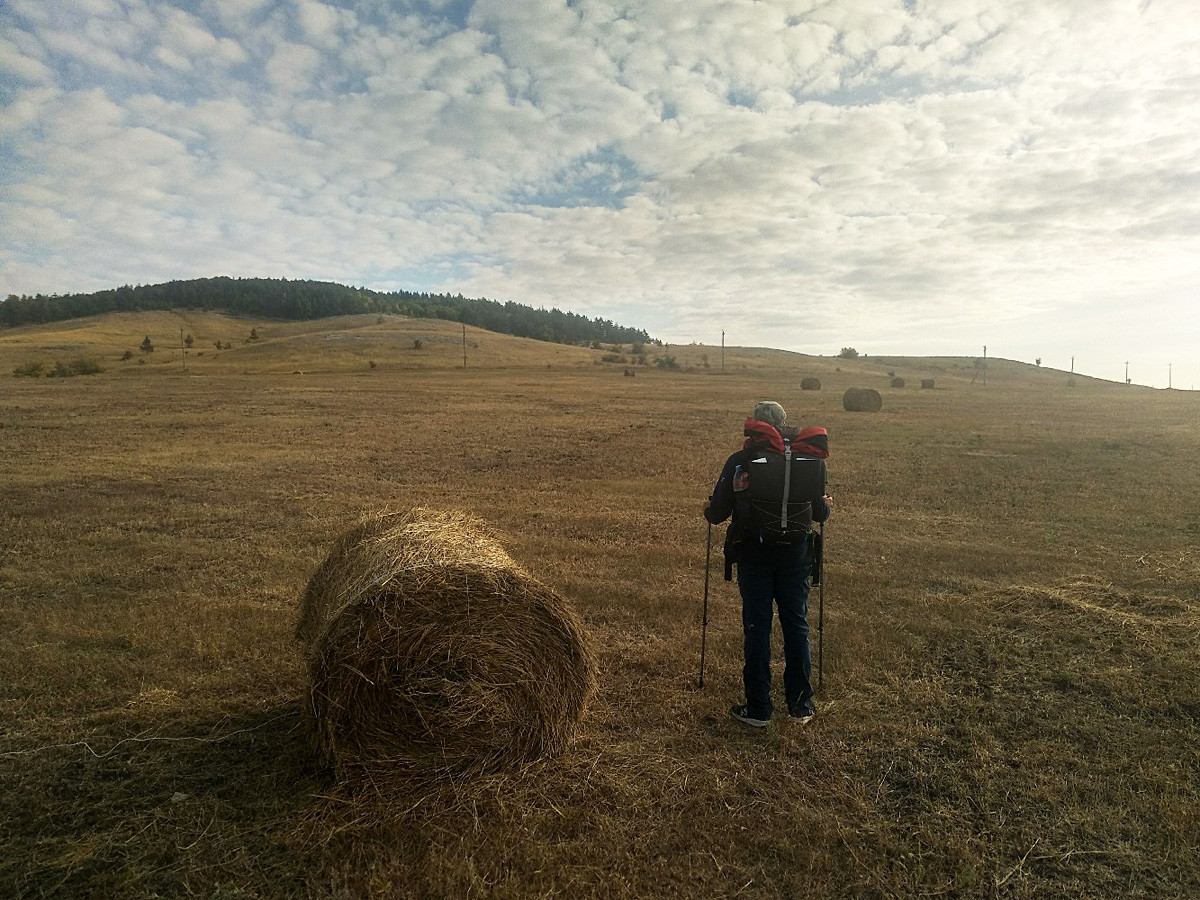 “The idea to repeat Afanasy Nikitin’s journey came to me quite spontaneously,” says Kutuzov, whose been involved in organizing various social and charitable projects since 2008. “Last year, in 2018, I went on foot from St. Petersburg to the highest point in Russia - Mount Elbrus - to draw attention to raising funds for three sick kids who needed expensive treatment - Nastya, Vadim, and Timur.”

While Kutuzov’s initiative did help to raise 2 million rubles (ca. $31,000), one of the kids, Vadim, who is suffering from cerebral palsy, needed 2 million more for an urgent surgery, so the intrepid Russian traveler decided to embark on another journey in order to help. 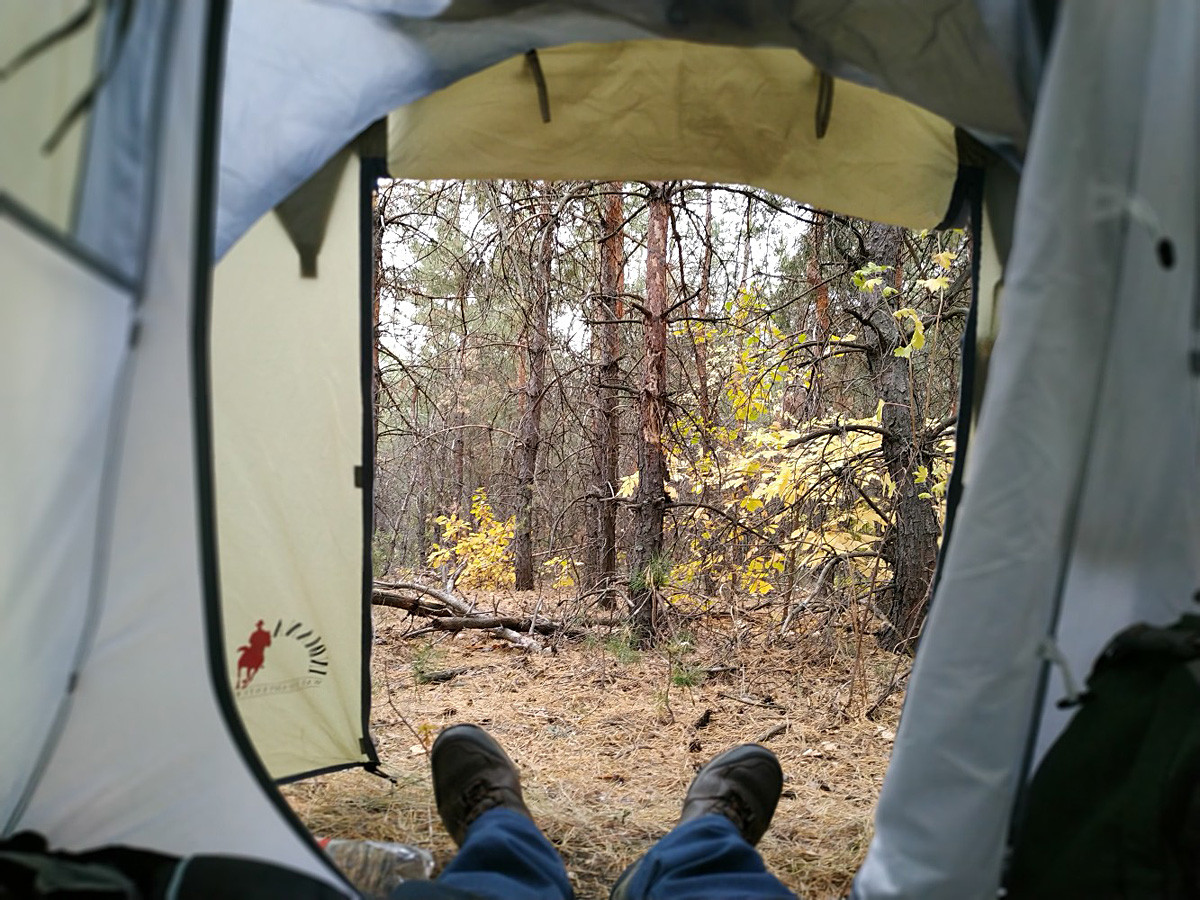 “On July 4, I took a train from St. Petersburg to Tver, and, on the early morning of July 5, set off on the most adventurous journey of my life. It goes along the Volga river, through the towns where Afanasy Nikitin stopped, then through Dagestan, Azerbaijan, Iran and by sea (or by air) to India via Dubai. Overall, around 6,000 km one way,” he says.

Kutuzov plans to reach India no sooner than by the end of winter and then spend some time travelling around the country. “I don’t have a specific plan for my route back, but most likely I’ll fly to Crimea and then walk to Smolensk on foot,” he says. 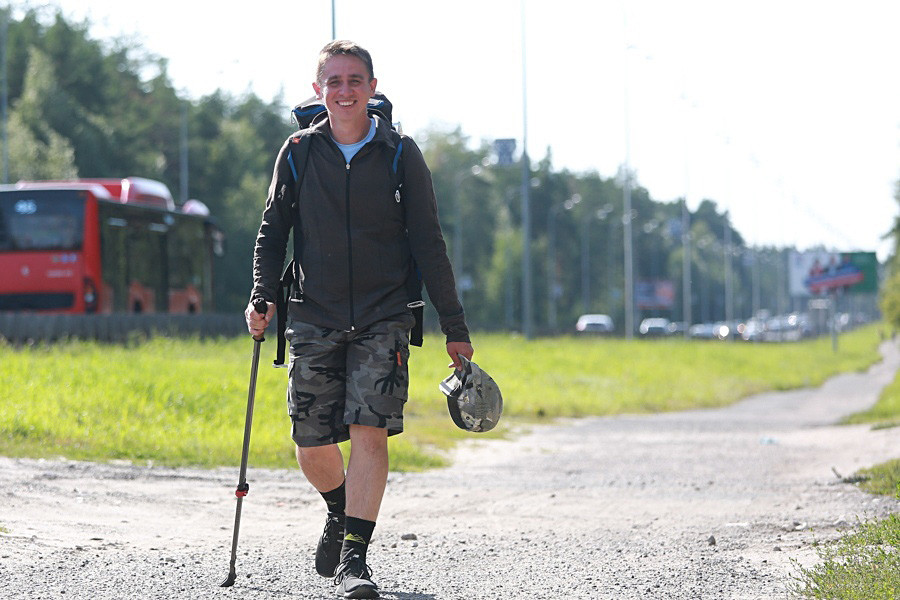 “I don’t have any sponsors”

Evgeny is walking alone and, until recently, only had friends and social media followers who helped him on this spontaneous journey. “I didn’t prepare physically and didn’t have any equipment. At first, I didn’t even have a tent. It was only when I reached Nizhny Novgorod, where the locals got me a summer tent as a gift,” he recalls. “On my 56th day, when it started to get cold, I got contacted by employees of the Russian Information Center (RIC) in India and they helped me to get a new tent and new warm clothes. They’ve helped me a lot and continue to help me with the organization, but I don’t have any sponsors. I’m paying for any expenses myself and already had some debt on my bank account ever since my expedition to Elbrus last year.” 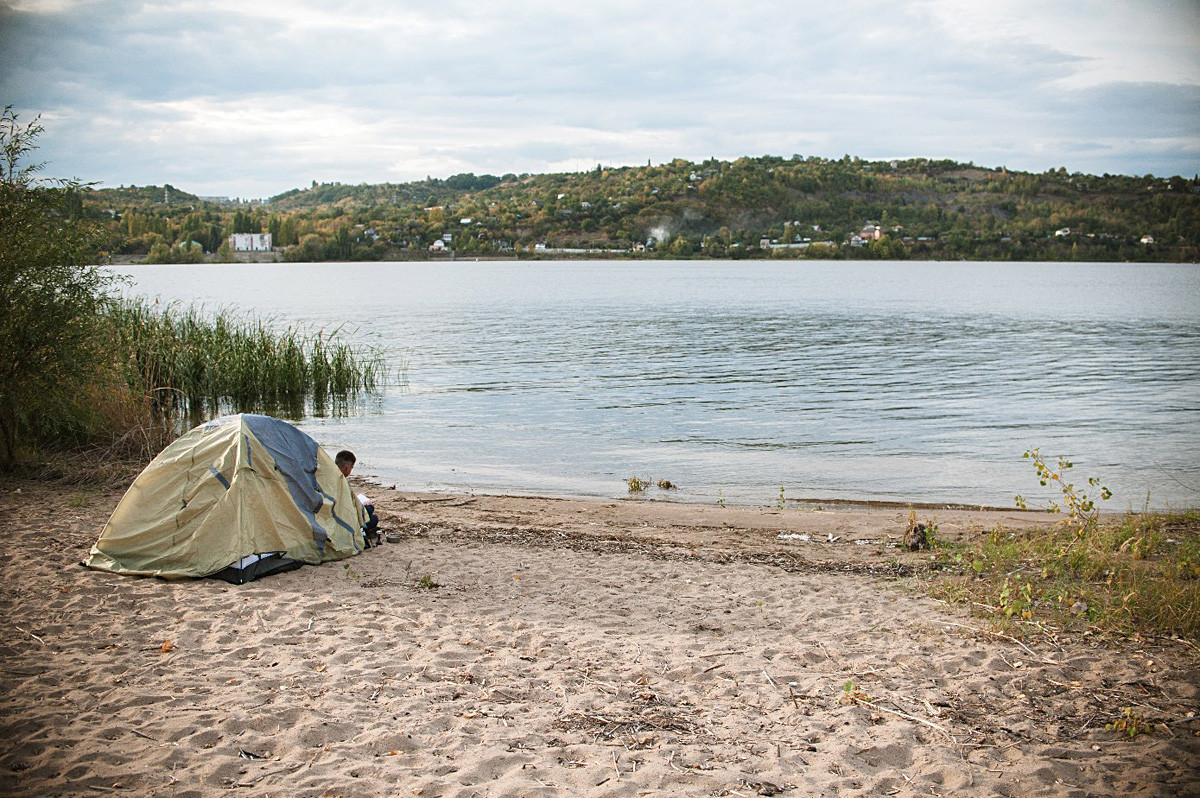 Kutuzov started his journey with a 10-kg backpack, but now it’s grown bigger. Clothes, a sleeping bag, a tent, water, a phone and a GPS-tracker - all these added to some 17 kg in total, plus trekking poles. Every day, he crosses 30-40 km on average, though he notes that sometimes he stays in one town or another for several days to rest. 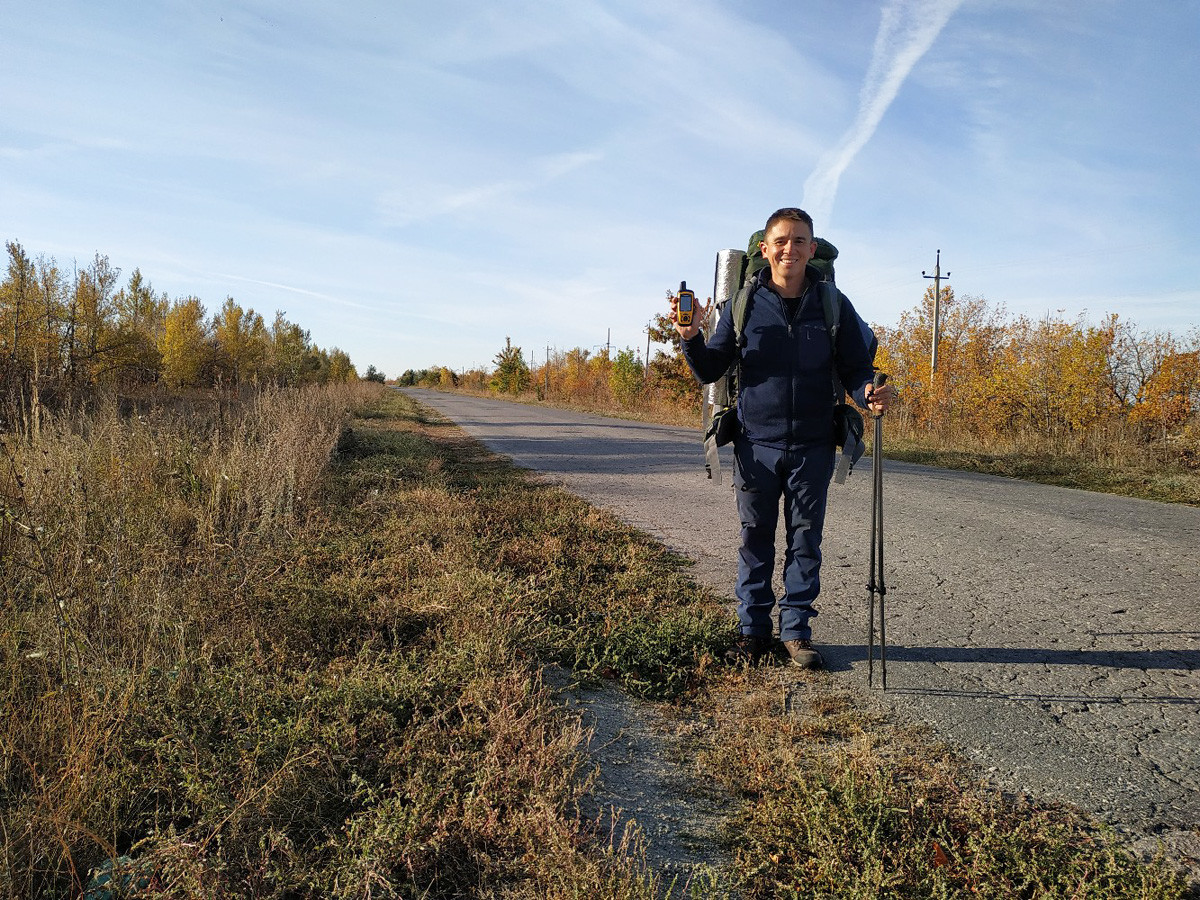 Despite his ambitious route, Kutuzov manages to be online regularly and recounts his travels on social media and in his blog. “I have an internet connection on my phone, but it doesn’t work everywhere. Plus, I have a GPS-tracker which allows me to send short text messages to friends and RIC staff. I charge batteries at gas stations and in cafes whenever I can,” he says. 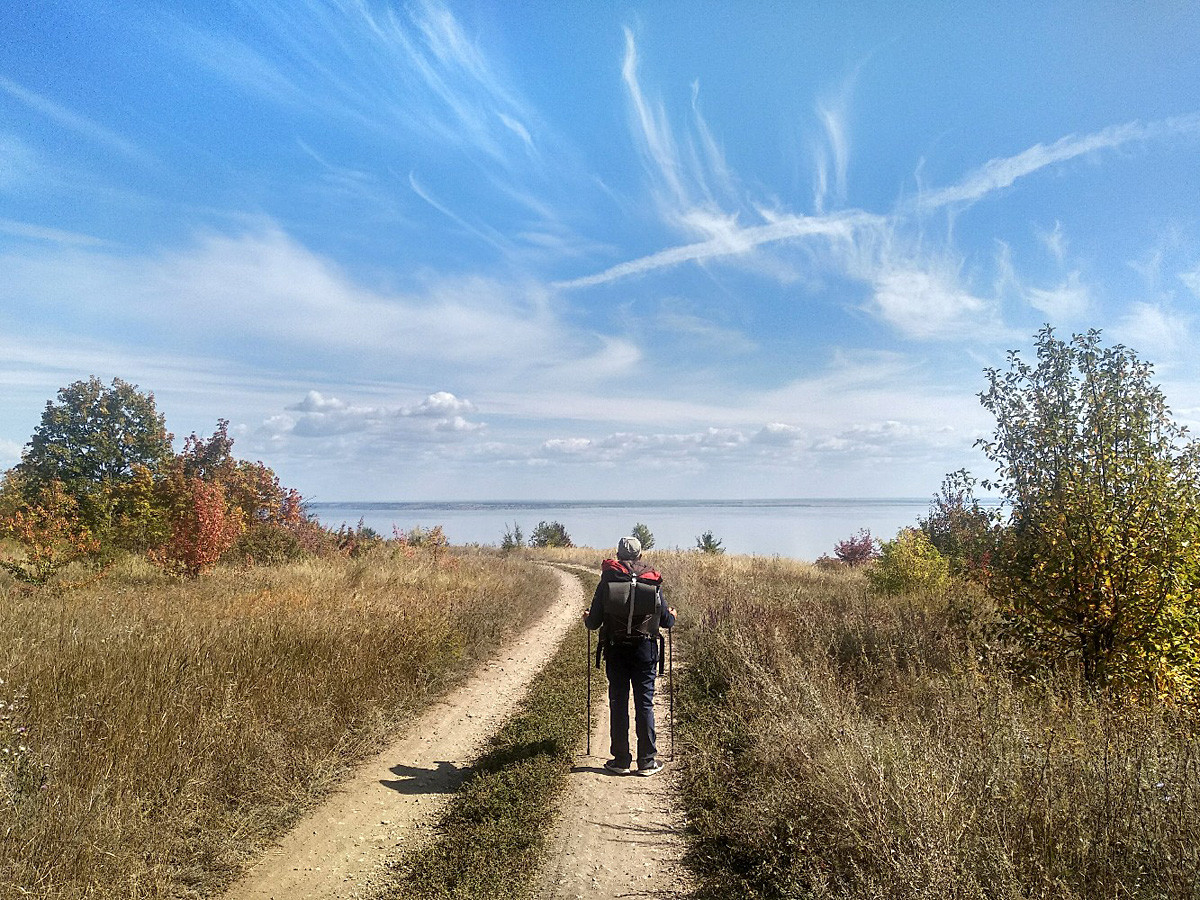 As of October 1, he was on the 87th day of his trip, passing through the Volgograd region (you can follow Evgeny via GPS live track available here). While the final destination is still far away, he has already managed to raise the much-needed 2 million rubles for Vadim and 260,000 rubles (ca. $4,000) for Timur. Now he is starting a fundraising campaign for little Nastya.