Top 5 most interesting bunkers in Russia 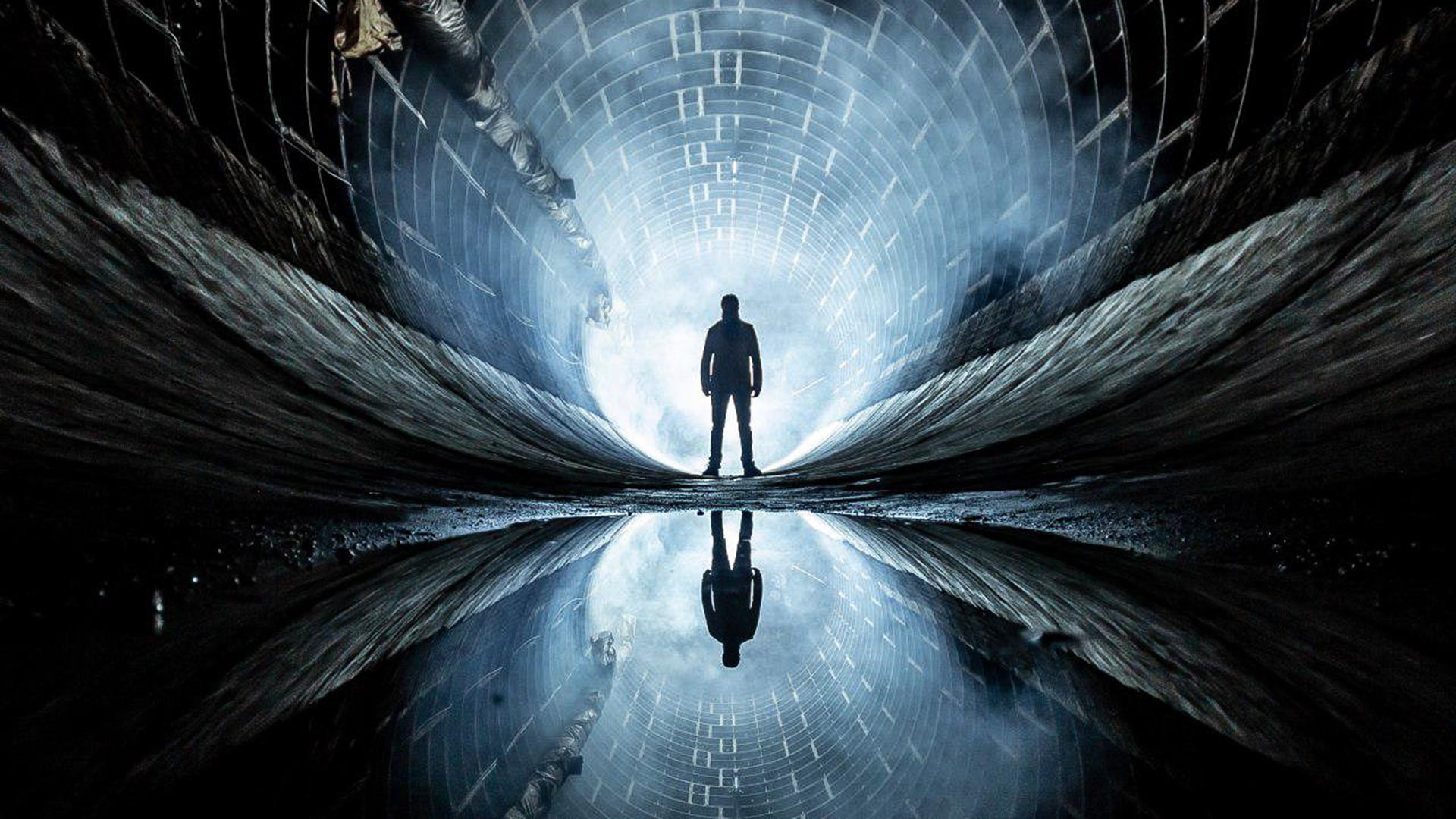 Bunker 703 of the Soviet Foreign Ministry

Museum Bunker 703 of the Soviet Foreign Ministry
A submarine base, the secret archives of the Ministry of Foreign Affairs, Stalin’s personal air raid shelters... We take a look at Russia's most secret bunkers that even locals had no clue about. 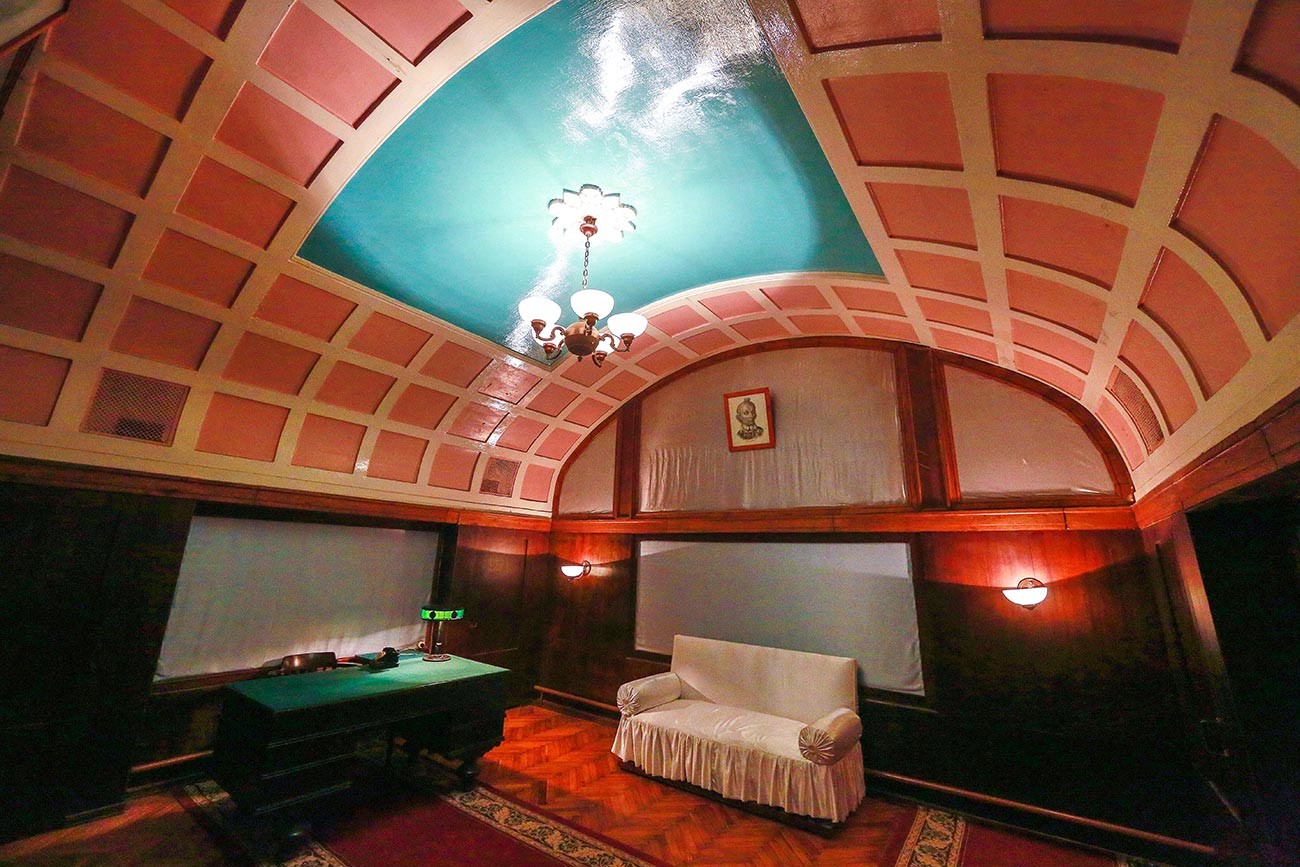 A bunker built as a reserve location for Stalin during the great Patriotic war.

Declassified only in 1990, this bunker began being built in the fall of 1941 during the Great Patriotic War. The secret facility, located under the modern-day Academy of Culture and Arts (previously housing the Regional Committee of the CPSU), was built primarily to evacuate Stalin in case of emergency, or, as stated in the corresponding State Defense Committee resolution, "according to the situation."

The bunker was constructed by 2,900 workers and around 800 engineers, each of whom signed a non-disclosure agreement that lasted to the grave; not even locals knew what was being built at night behind the fence. The builders worked in two shifts, many sleeping in the underground rooms of the bunker itself. It is not known when it was finally completed—some say it became operational in 1941, others as late as January 1943.

It is also unknown whether Stalin himself actually went there. In any case, he would have been impressed by its scale. The bunker is 37m deep (the height of a 12-storey building), and the committee room alone can comfortably accommodate up to 115 people.

Today there are guided tours of the facility, including the shaft and Stalin's private office. 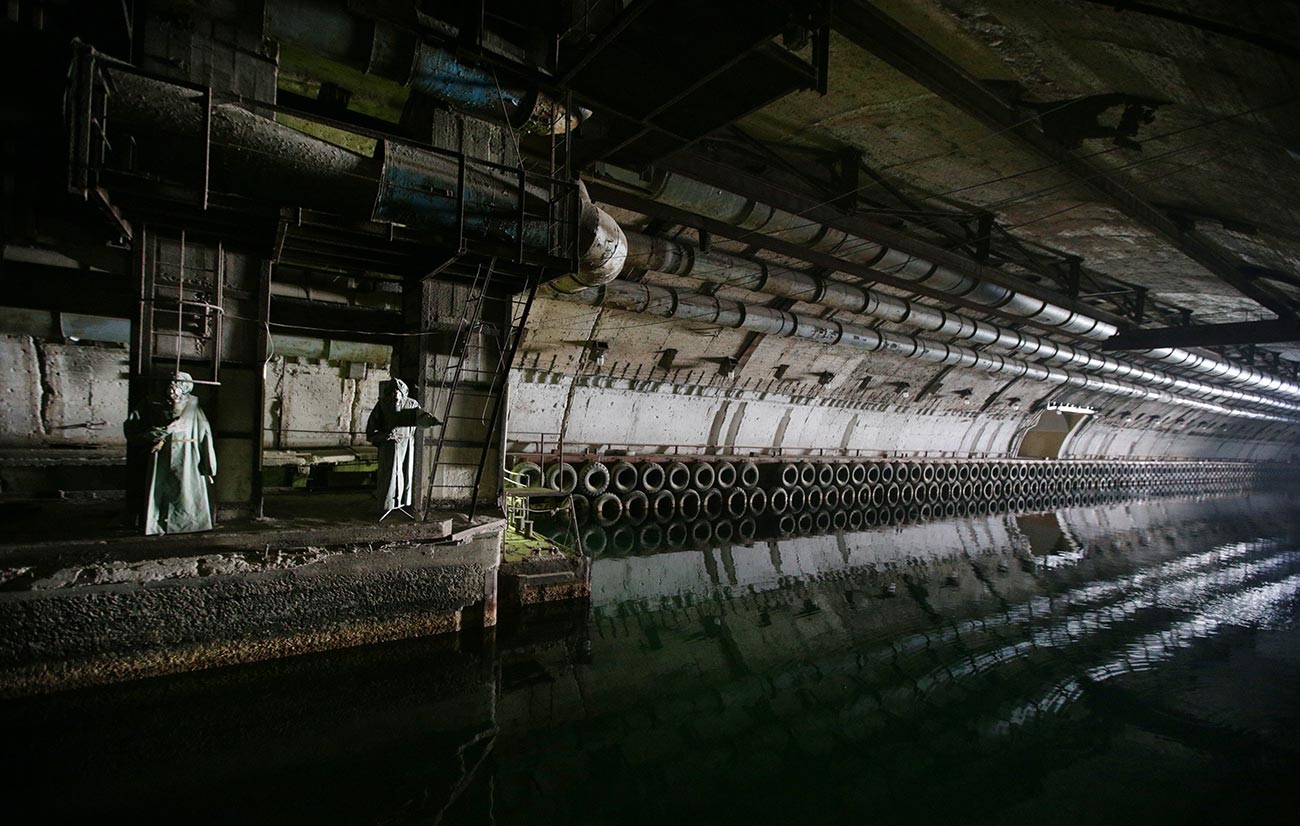 An underground canal on the territory of the Balaklava naval Museum complex, located in a former underground submarine base

After the nuclear bombing of Hiroshima and Nagasaki, the Soviet Union started building a submarine base in Balaklava Bay, Crimea, in 1953. The project was completed only eight years later, in 1961, but it was worth the wait: nine small or seven medium-sized submarines, as well as around a thousand personnel, could shelter here from a nuclear strike.

For many years, the facility served as a submarine repair base. The vessels entered the shelter at night, and by morning they were ready to resume duty, armed with fresh supplies of fuel, oxygen and munitions. The facility was declassified only in 1994, when Crimea was still part of Ukraine; soon afterwards it was looted by local bandits. In the early 2000s, the shelter was converted into a museum, and today tourists can stroll through the labyrinthine complex and view the historical exhibits.

3. Bunker 703 of the Soviet Foreign Ministry in Moscow 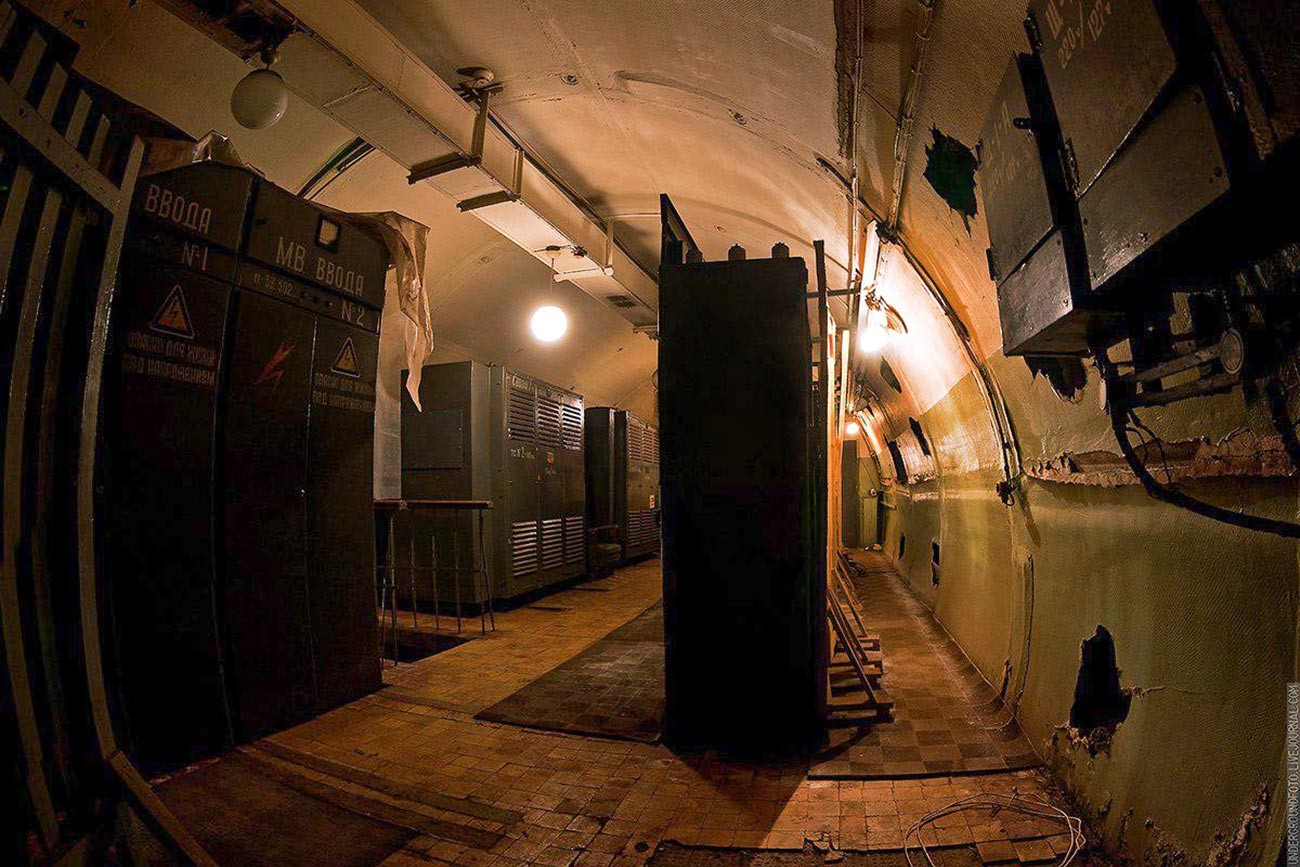 On the surface, this top-secret facility, declassified only in 2018, looks like an inconspicuous gray building in the backstreets of Moscow, flanked by a kindergarten and a church. In the late 1940s, the Circle line of the Moscow Metro was built over the site of the future bunker. When the line was commissioned, various passageways and technical tunnels remained, and these were used as the basis for the bunker, which was completed by 1961.

For decades, the facility served as a secret archive for the Soviet Ministry of Foreign Affairs, where all kinds of documents were stored on endless shelves. The emergency exit led straight into the subway.

In 2005, it started to leak due to lack of maintenance. The documents were removed, and plans were made to reconstruct the building, but the now Russian Foreign Ministry realized that it no longer needed the space. In 2018, the facility was handed over to a war veteran organization, which converted it into the country's first fortification museum, whose main exhibits are models of protective structures and declassified documents detailing the creation of the first Soviet bunkers. 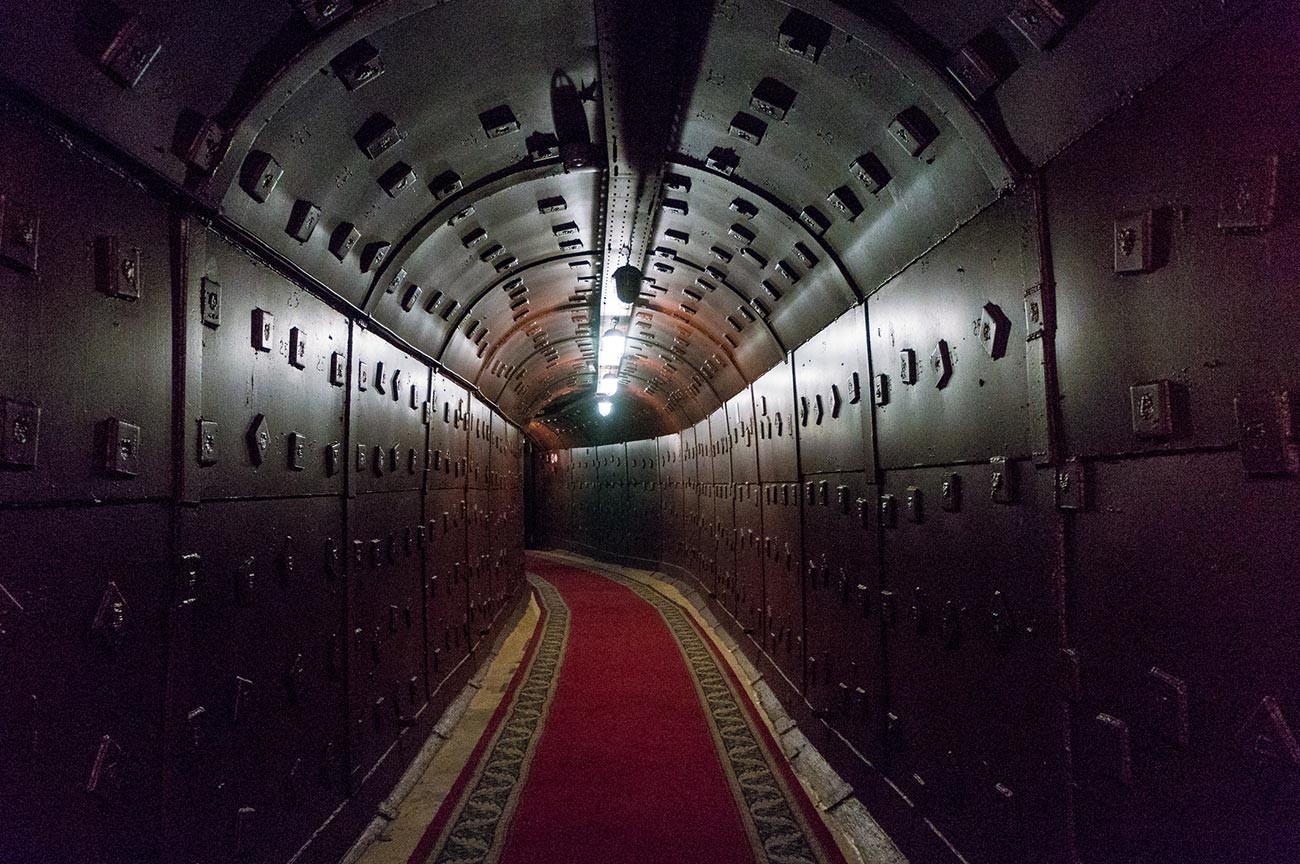 Construction of a command post for the Air Force General Staff in the event of a nuclear strike began in Moscow’s Tagansky District in 1947 on Stalin’s orders. The facility was completed only in 1956, when Stalin was already dead. All the same, it was a momentous project, consisting of a vertical shaft 18 storeys deep and spacious premises covering ​​7,000 sq. m.

The bunker was used for its intended purpose until 1986—from here the military commanded bombers with nuclear weapons on board. In 2006, a museum and restaurant were opened on the site. Now the once top-secret facility invites children and adults to view a simulated nuclear explosion and nuclear missile launch, and play themed quests. 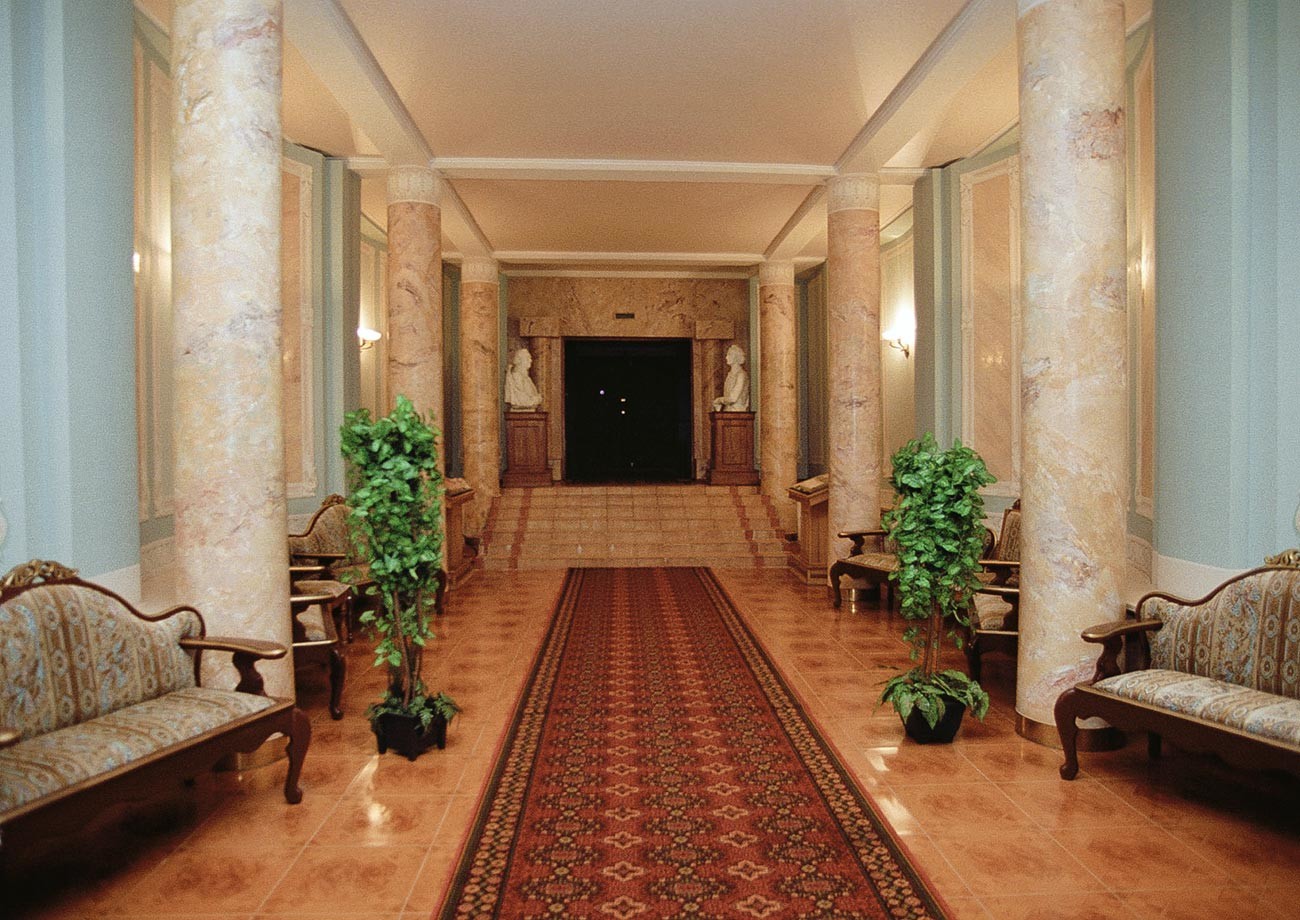 Museum "Stalin's Bunker", branch Of the Museum of the Armed Forces

This bunker, which its palatial interior, was built in the 1930s when Uncle Joe was still very much alive. To conceal the Supreme Commander's personal shelter, a 120,000-seat stadium and physical education complex were due to be built over it.

The stadium construction plans did not materialize, and by 1939 only the underground section of the structure was ready, which became Stalin's reserve command post.

The command post consists of a domed conference hall, a small office and a Georgian-style dining room, and is connected to the Kremlin via a 17km underground road. Stalin himself was in the bunker only twice—to inspect the site in 1941 and in late November-early December that same year to direct operations during the Battle of Moscow.

In 1996, a museum complex belonging to the Central Armed Forces Museum was opened on the bunker site.