Before and after: Famous Kislovodsk resort to be transformed into a city of sport (PHOTOS) 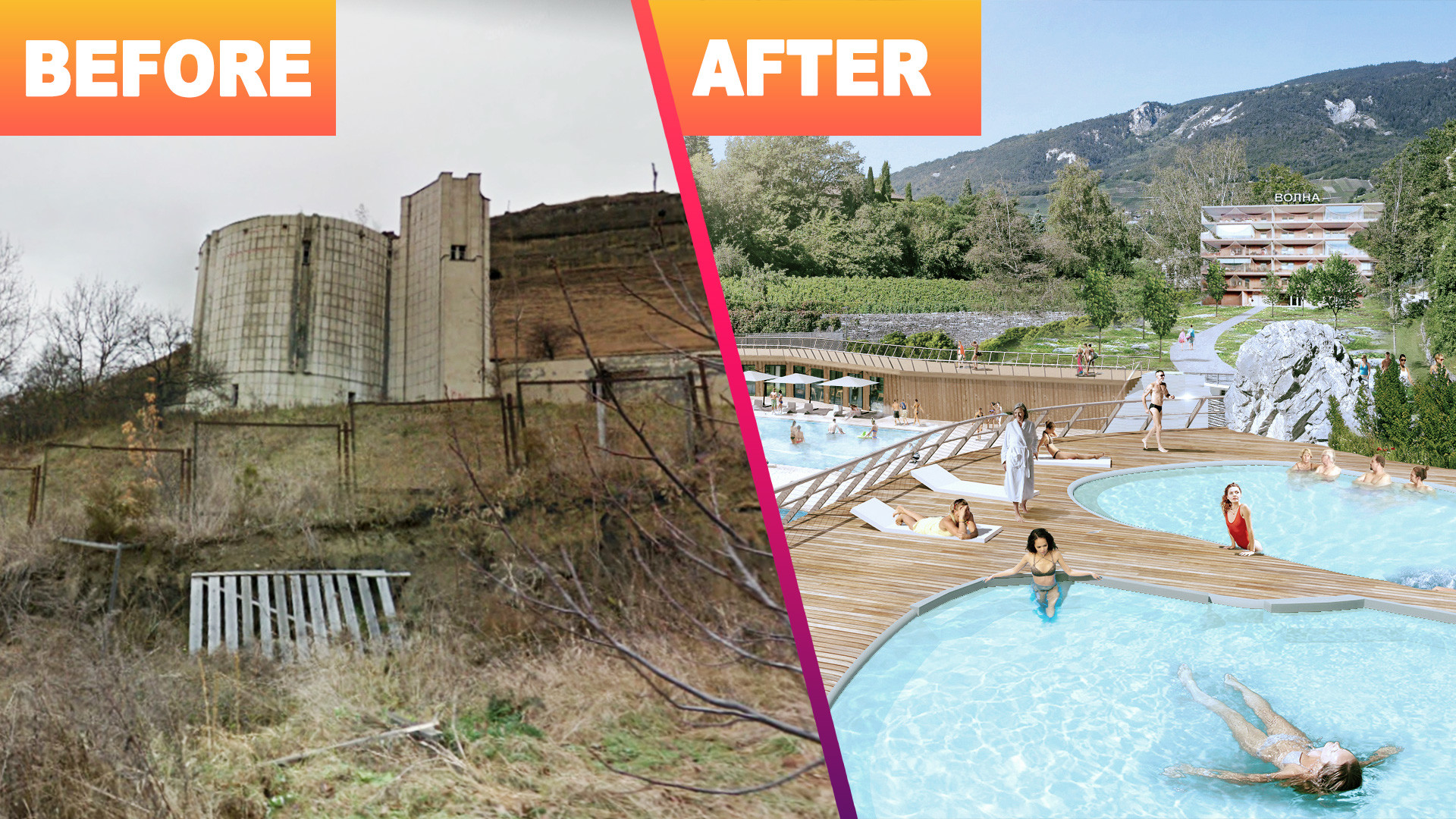 Think that all balneal and spa resorts are calm places only for seniors? Think again! Welcome to the 200-year-old southern city of Kislovodsk (Stavropol Region), where poets Alexander Pushkin and Mikhail Lermontov, writer Leo Tolstoy and the singer Fyodor Shalyapin used to spend their summer vacations enjoying the Narzan water springs among the Caucasian mountains. In late July, Moscow architects from the Strelka KB bureau and the Dom.RF Fund presented a strategic plan until 2030 for turning Kislovodsk into a city of active sports. Take a sneak peek at how it will be transformed in the next 10 years! 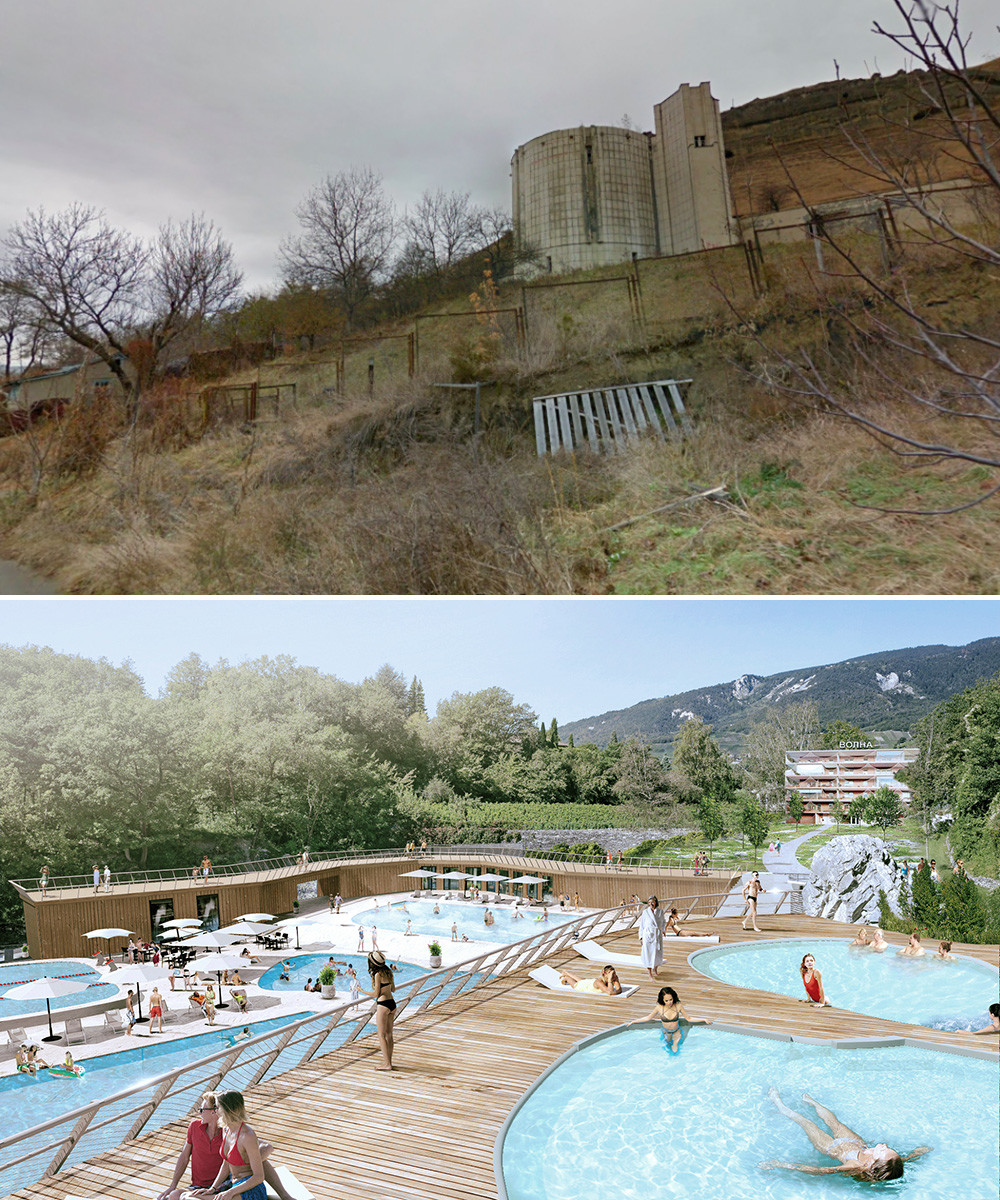 There are so many natural landmarks in Kislovodsk: mountains, rocks, forests - except the sea. For those who love to swim in summer, a new multifunctional aqua complex with several pools, a spa center and recreation zones will be built within the city’s east park. 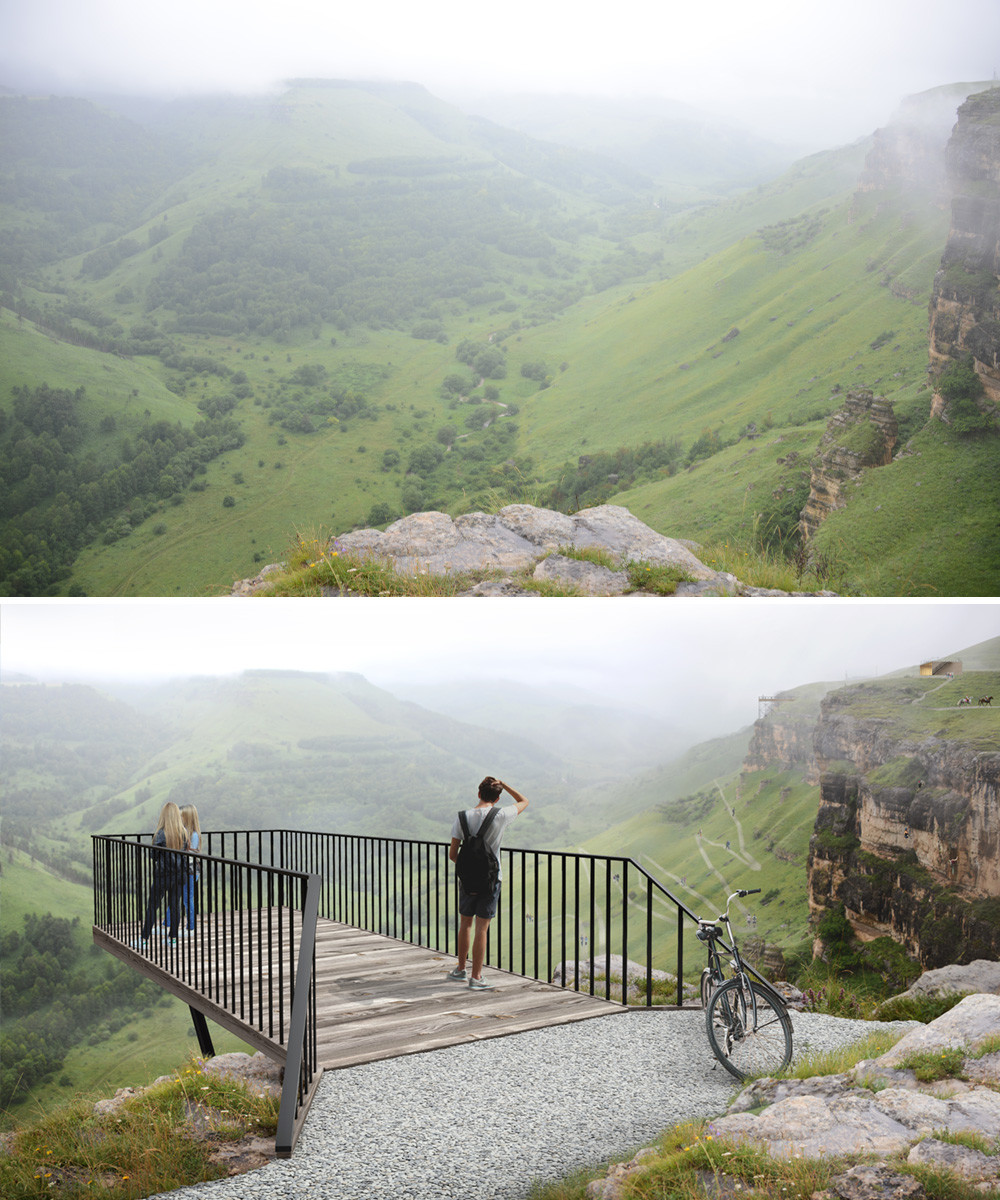 Architects gathered over 500 urban ideas from locals and will turn the city into a new attraction destination on the Russian map, not only for medical tourism, but also for athletes and active business travellers.

Active tourists who like hiking and mountain biking will enjoy more than 35 kilometers of new cycling and pedestrian paths in the city’s national park. The length of the existing popular tourist paths will be increased 2 fold. 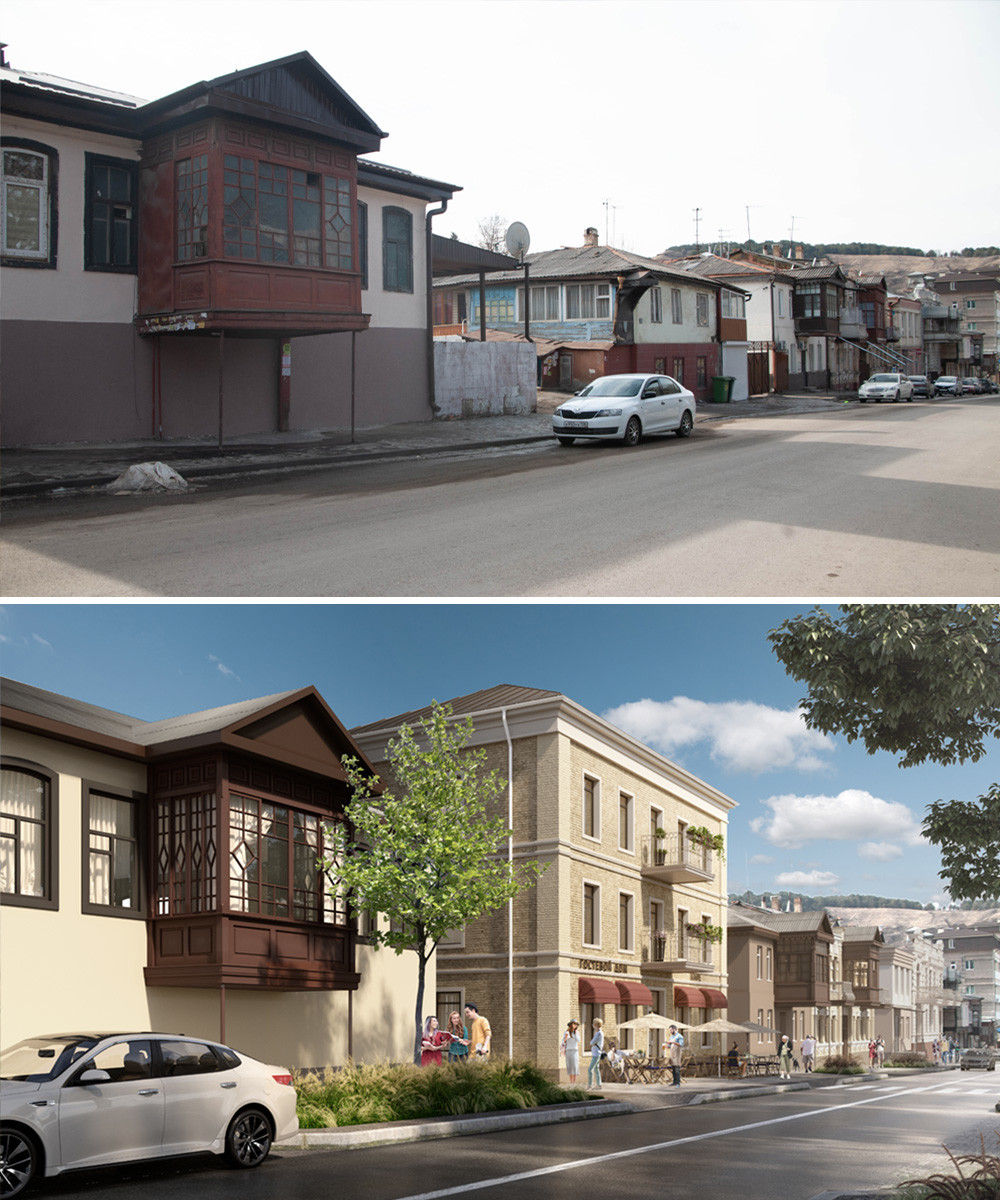 Urbanists suggest applying some architectural regulation for the historical part of the city. About 180 facades downtown should be repaired in the one style, that should show the soul of the southern city. New buildings should match the order and not contradict the architectural rhythm of their facades. 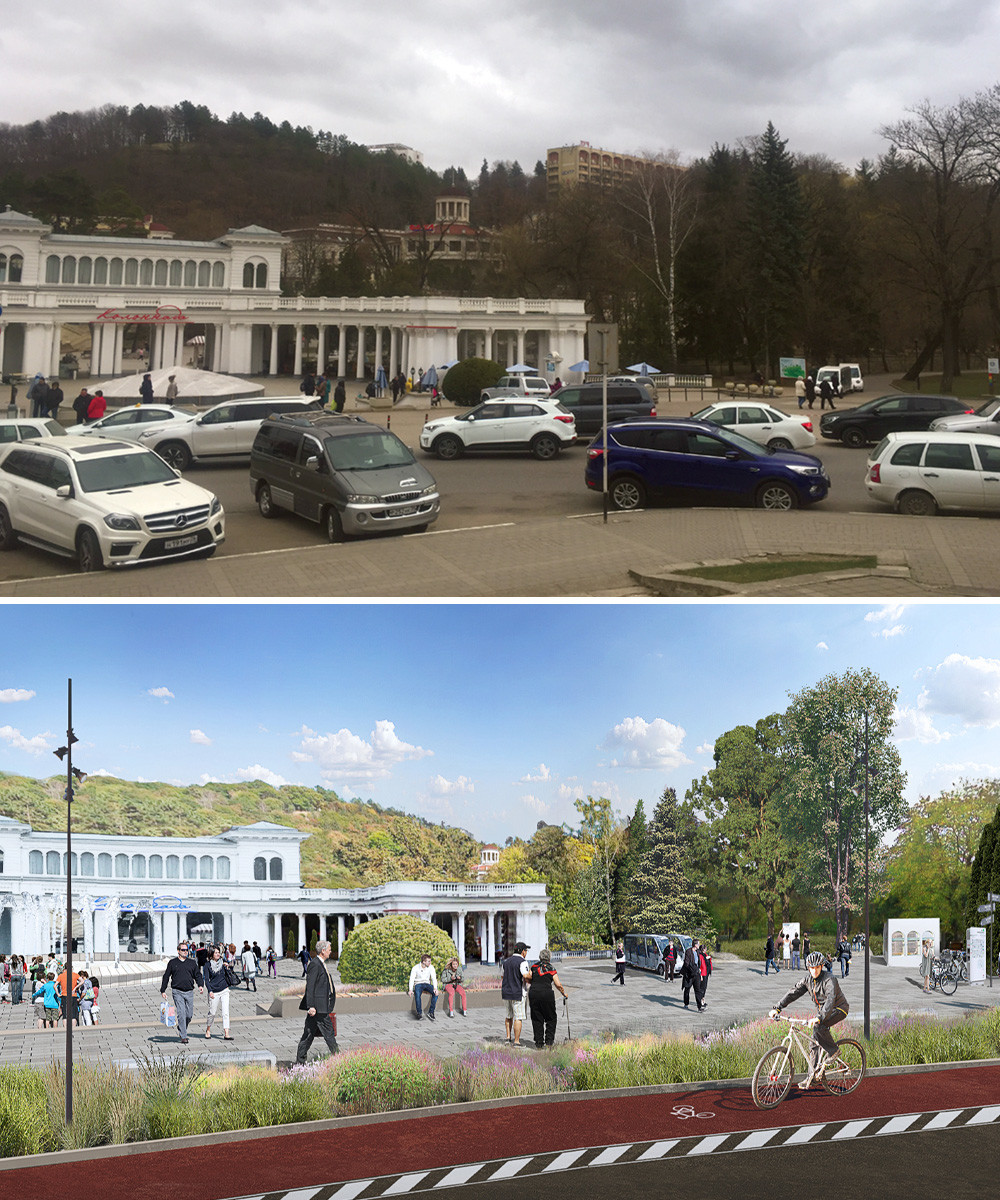 The national park of Kislovodsk is the favorite part of the city, both for the locals and tourists. Besides the woods, here you can find a pedestrian boulevard, shopping centers and an entire restaurant street. The 21 entrances to the park are to be improved and restyled. 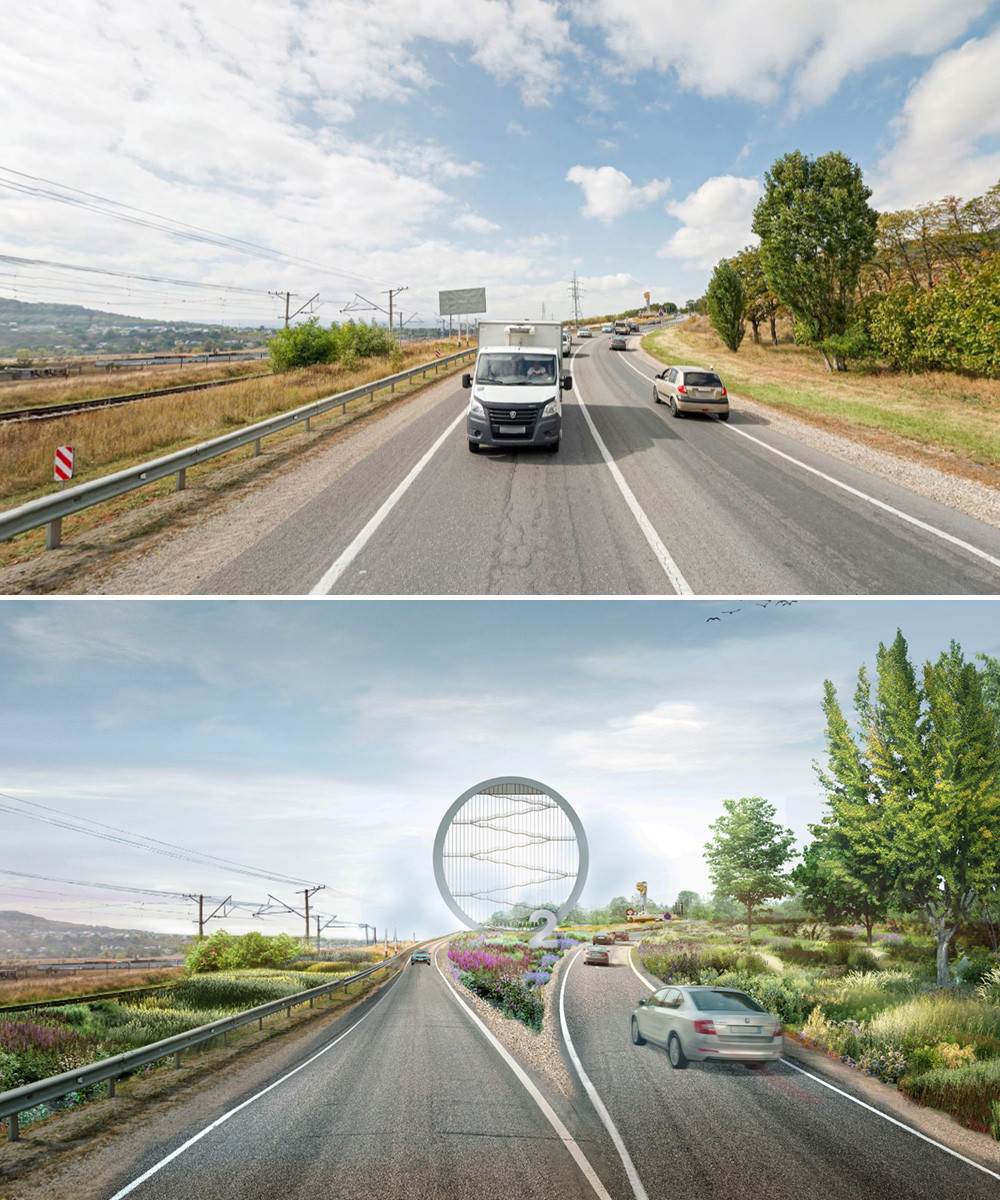 Driving along the Pobedy Avenue, the main street of Kislovodsk that connects residential areas and the historical center, you’ll soon see a huge futuristic-style monument, according to this plan. The idea is to highlight that now you are in the resort area.

6. New actions in a new park 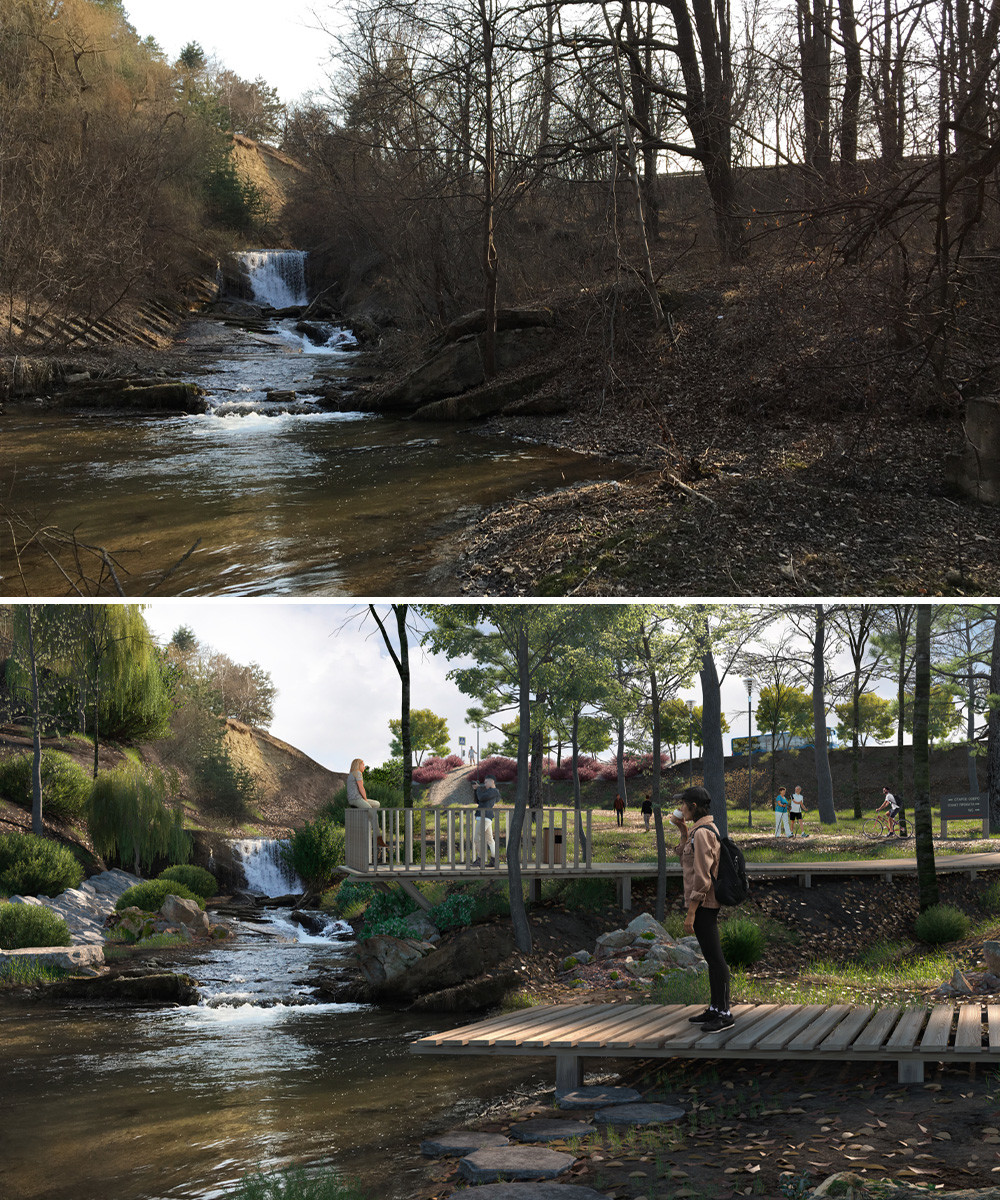 Around the Alikonovka River, new infrastructure zones for active people will appear: a rope park, mountain bike roads, playgrounds for kids, as well as new embankments along the river.

7. Restrictions for cars in the resort areas 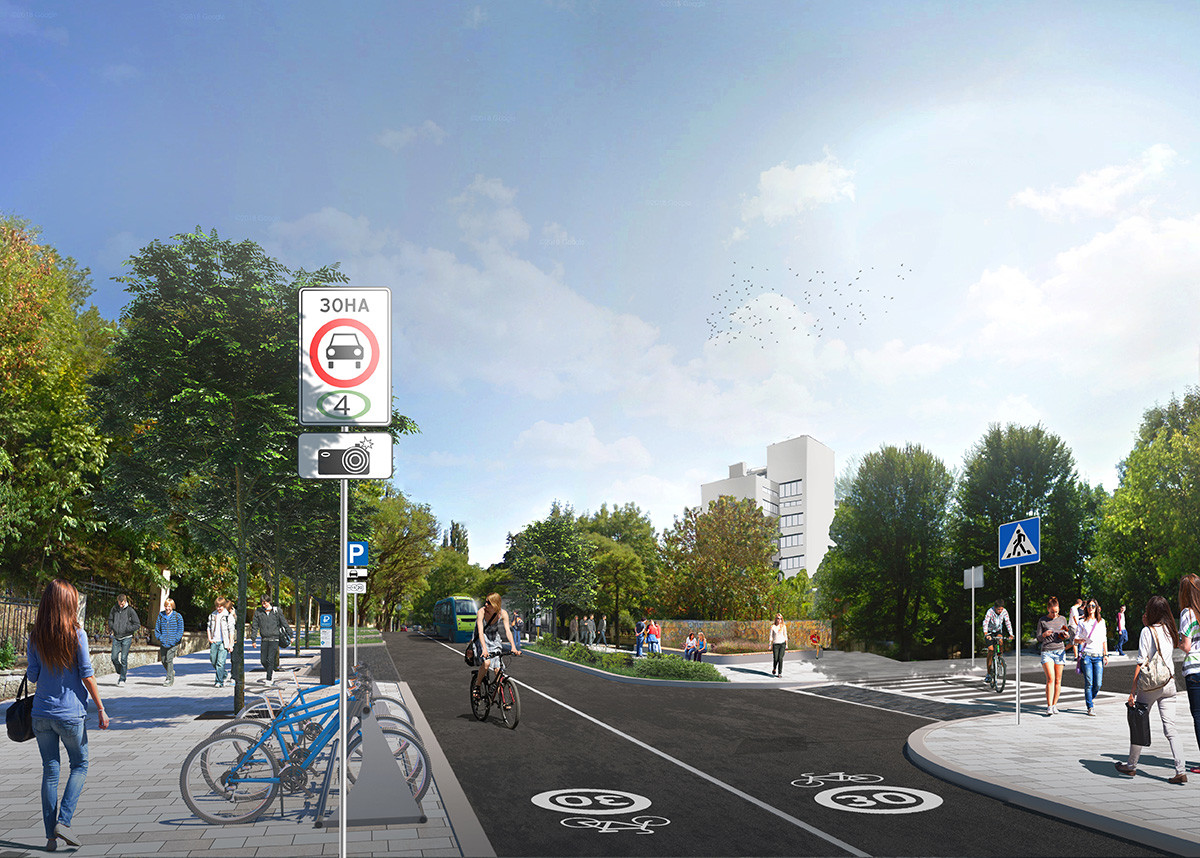 Kislovodsk is a small city: only 130,000 people live there, and you don’t really need a car to transport yourself from one location to another. Moreover, the city is located in mountainous woods (only the territory of the park is 966 hectares!), and it’s very important to preserve the ecology here. That’s why urbanists have decided to restrict the entrance to the green part of the city for older cars that don’t match Euro-5 ecological class. Across the city, they also plan to establish bike and kick scooters rental stations.

8. More cafes instead of parking! 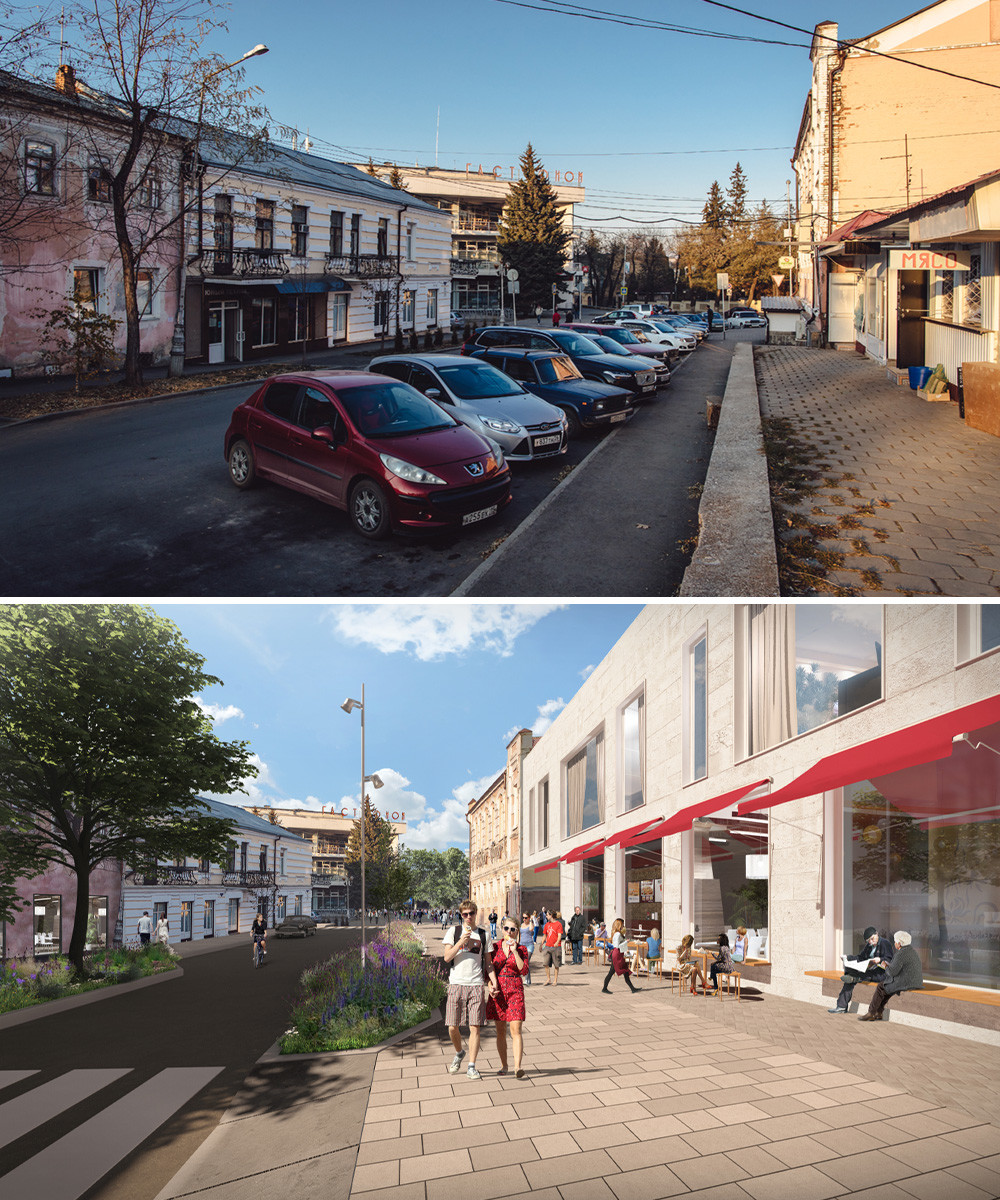 New wide sidewalks with new restaurants, summer cafes and tourist infrastructure will appear near the Nikolsky cathedral in the city center. The abandoned buildings there will be turned into the new hotels and guesthouses. Moreover, a new cable car station that will link this part of the city with the observation desks higher in the park will also be built there.