8 most beautiful viaducts in Russia (PHOTOS)

Travel
Anna Sorokina
These railway, road and pedestrian bridges cross mountain passes in the Urals and fast-flowing rivers in Sochi. But the oldest stone viaduct we found is located in Kaluga. 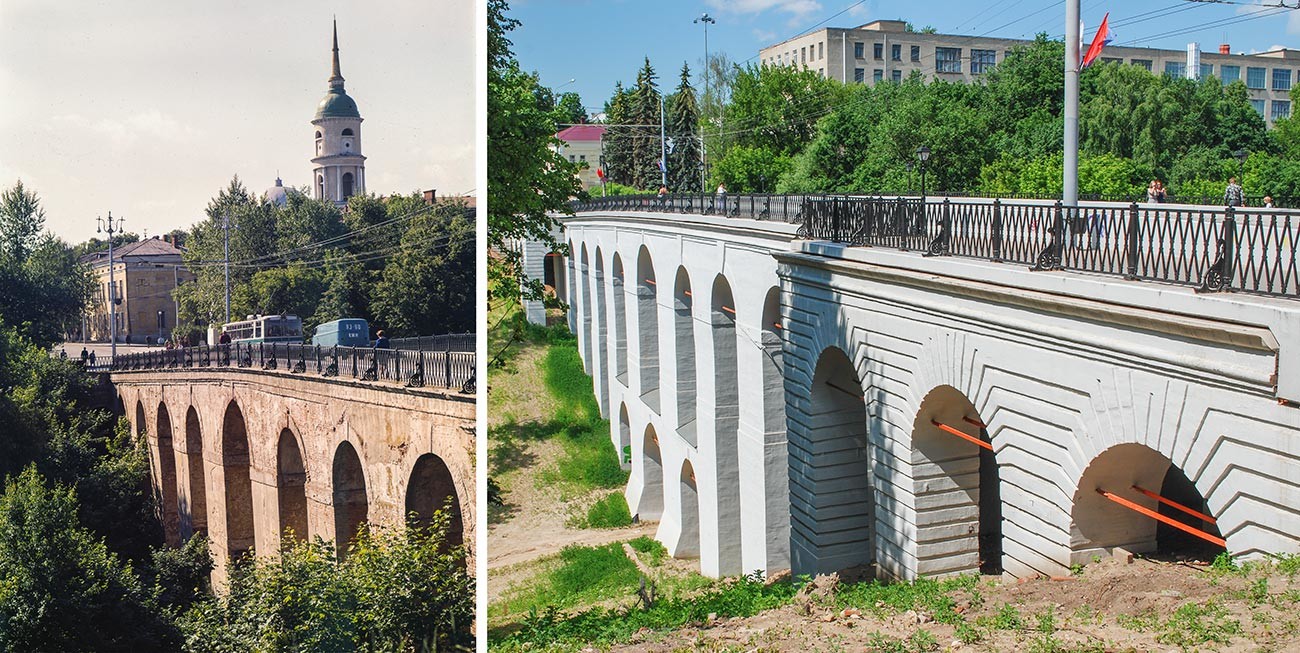 The oldest stone viaduct in Russia was built as early as 1785! This stone bridge was designed in the style of Russian Classicism. In the 19th century, wrought iron railings were added and still adorn the structure today. It didn’t used to be white though—this cosmetic change only happened in recent times. The Kaluga Viaduct is included on the list of Russia's cultural heritage sites. 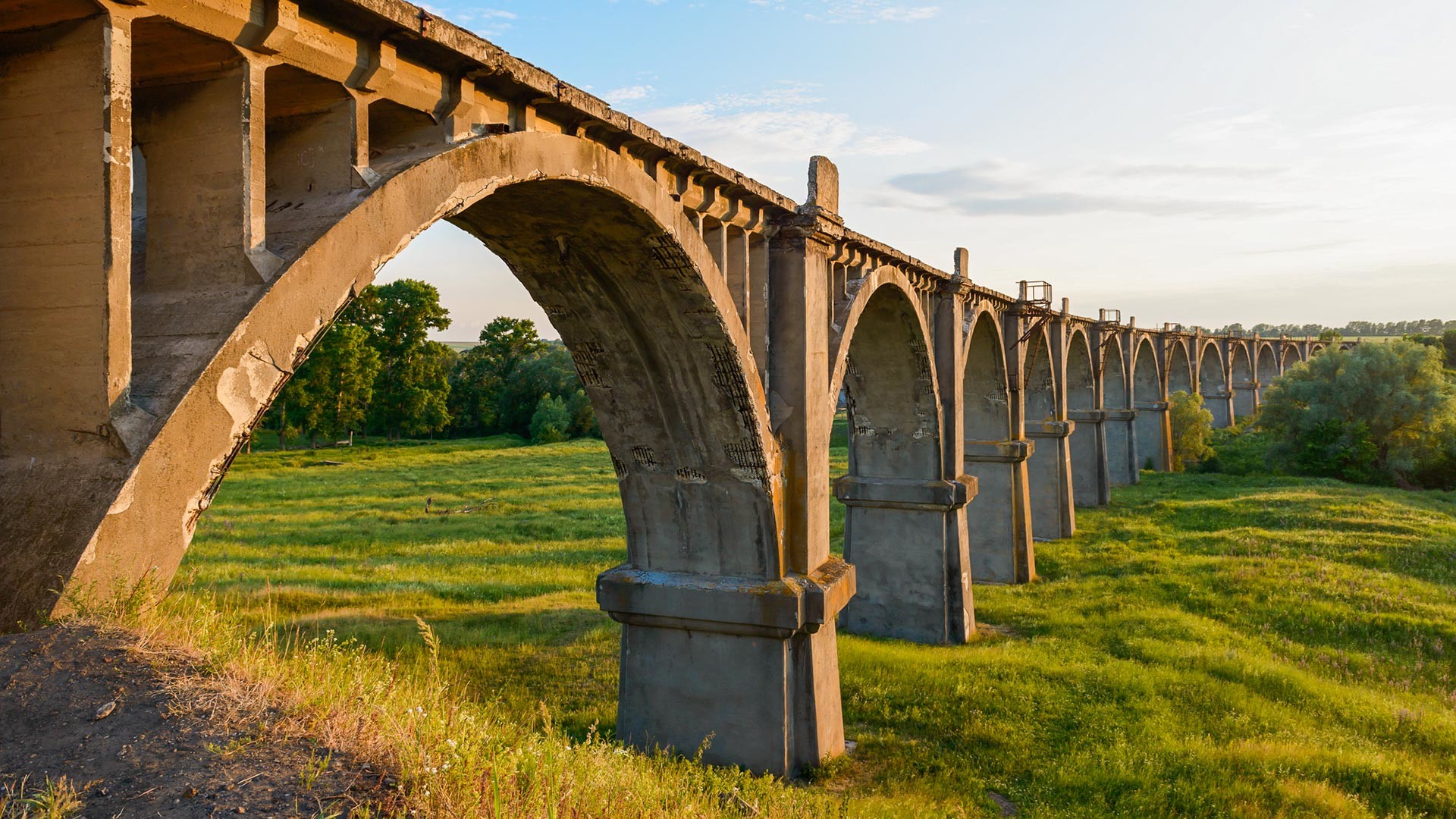 This unusual structure is located by the Chuvash village of Mokry. Built in the early 20th century, the viaduct carried a stretch of railroad between the stations of Mokry and Achaks on the Moscow-Kazan railway line. The bridge was strategically important too. A military garrison was based here from 1935, and during World War II it was used by trains carrying munitions. In 1986, the viaduct was closed and its tracks were removed, with rail traffic moving to a new bridge nearby. The site has now become popular with bungee jumpers. 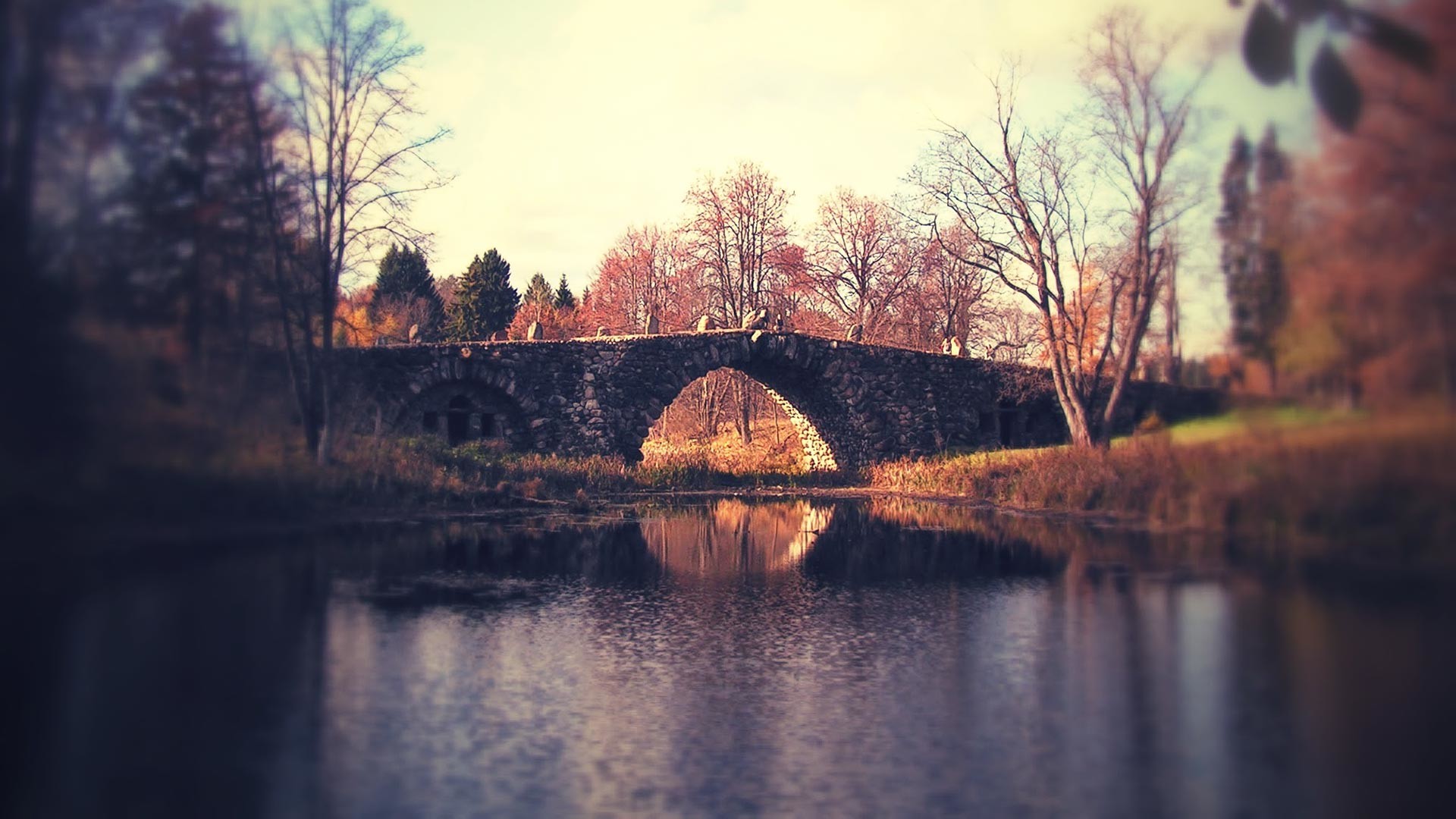 This unusual 100-meter bridge dating back to the late 18th century stands on the Vasilevo estate, not far from the city of Torzhok (in the Tver Region). It was built from irregular stones of different sizes and without any binding mortar. Incredibly, it is still standing! The manor house was built from wood and unfortunately has not survived. 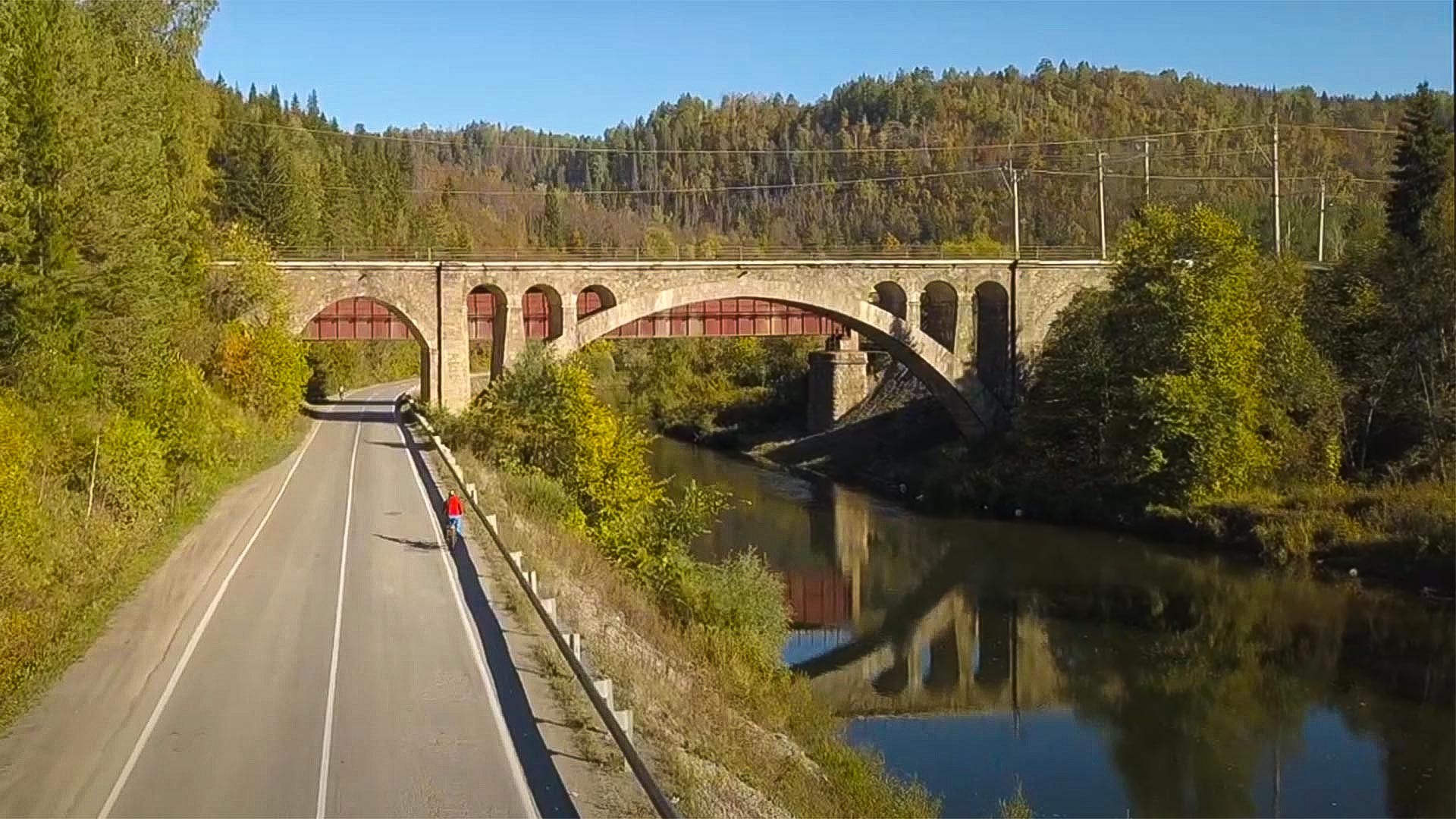 The viaduct across the River Sim is one of the most beautiful bridges in the Urals! Built in the 1930s, it was the first arched concrete bridge in the Soviet Union. The viaduct has a stone face, and so it blends in perfectly with the mountain landscape of the Urals. 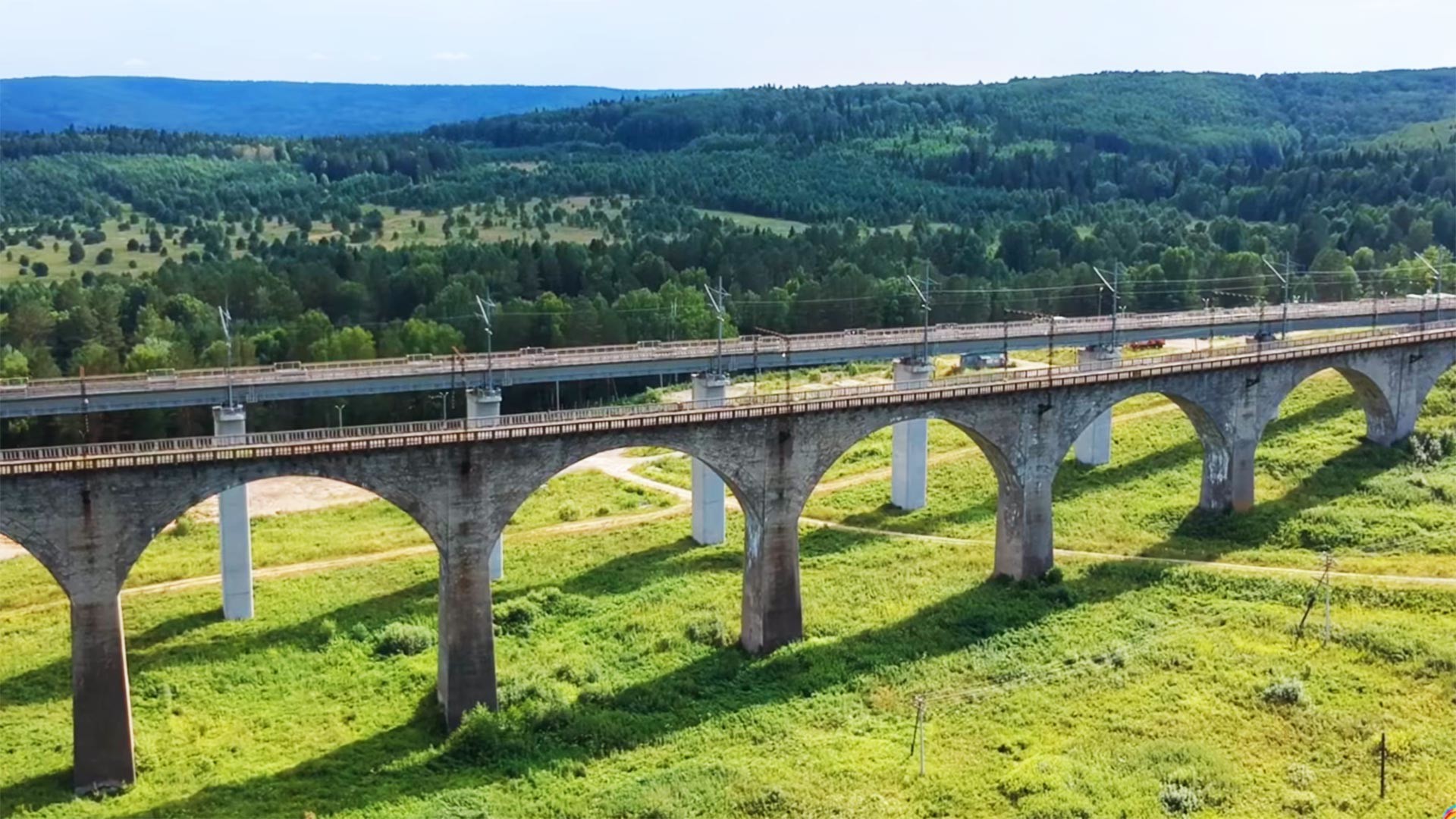 An incredibly picturesque stretch of railway traveling between Krasnoufimsk (Sverdlovsk Region) and the station of Chad (Perm Territory) crosses as many as seven viaducts. All of these were built at the beginning of the last century to link railway stations in the Ural Mountains. While only two of the historic viaducts are still in operation, the others remain as architectural monuments. The railway now goes across new bridges that are equally impressive in their own right. 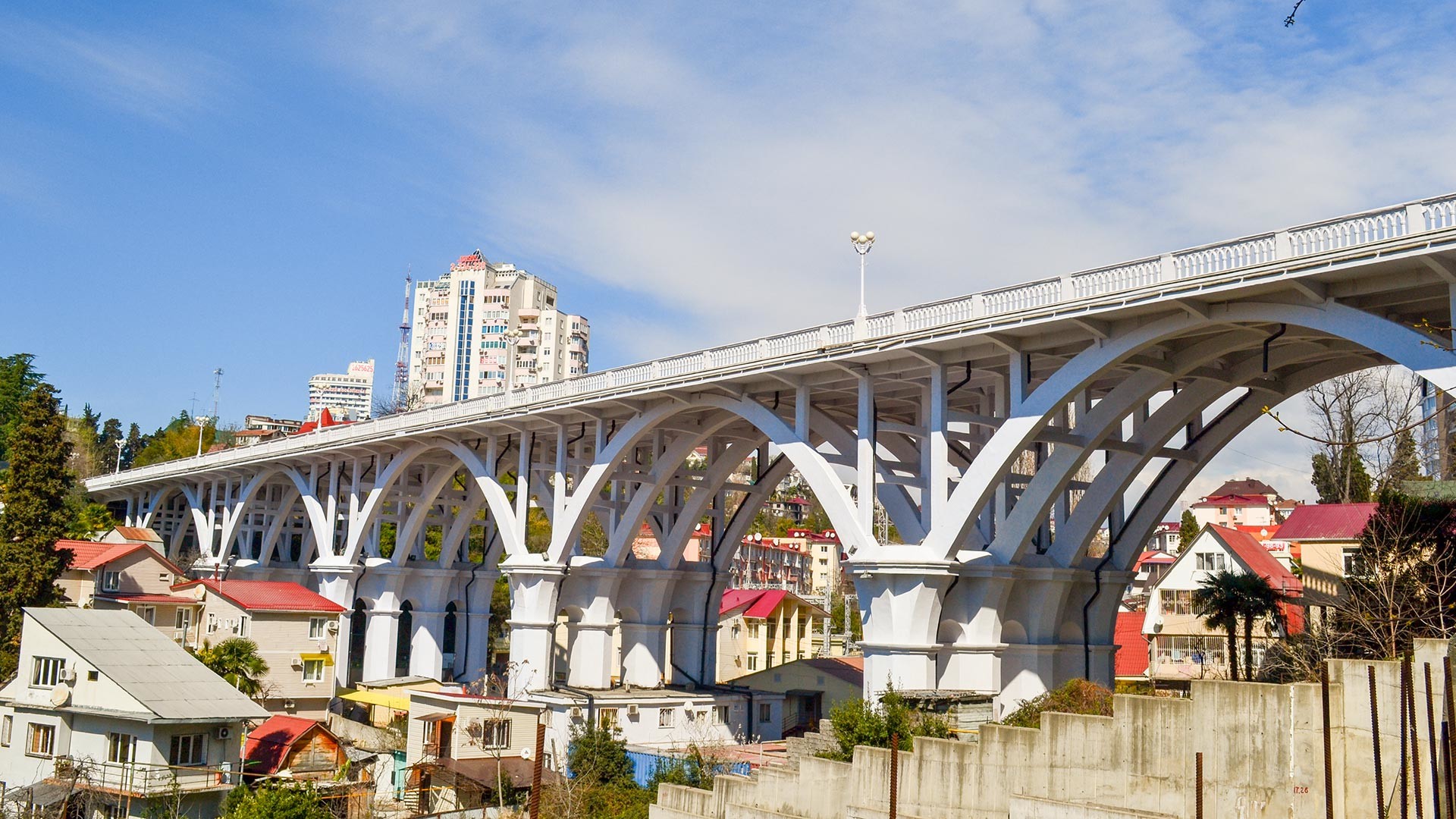 The automobile bridge over the Vereshchaginka River’s valley links the Tsentralny and Khostinsky districts of the famous resort city Sochi. It was built in the 1930s and is listed among Russia's cultural heritage sites. Interestingly, the river is no longer there because water levels subsided and it was then channeled into a pipe. And the channel of the river is now built up with residential buildings. 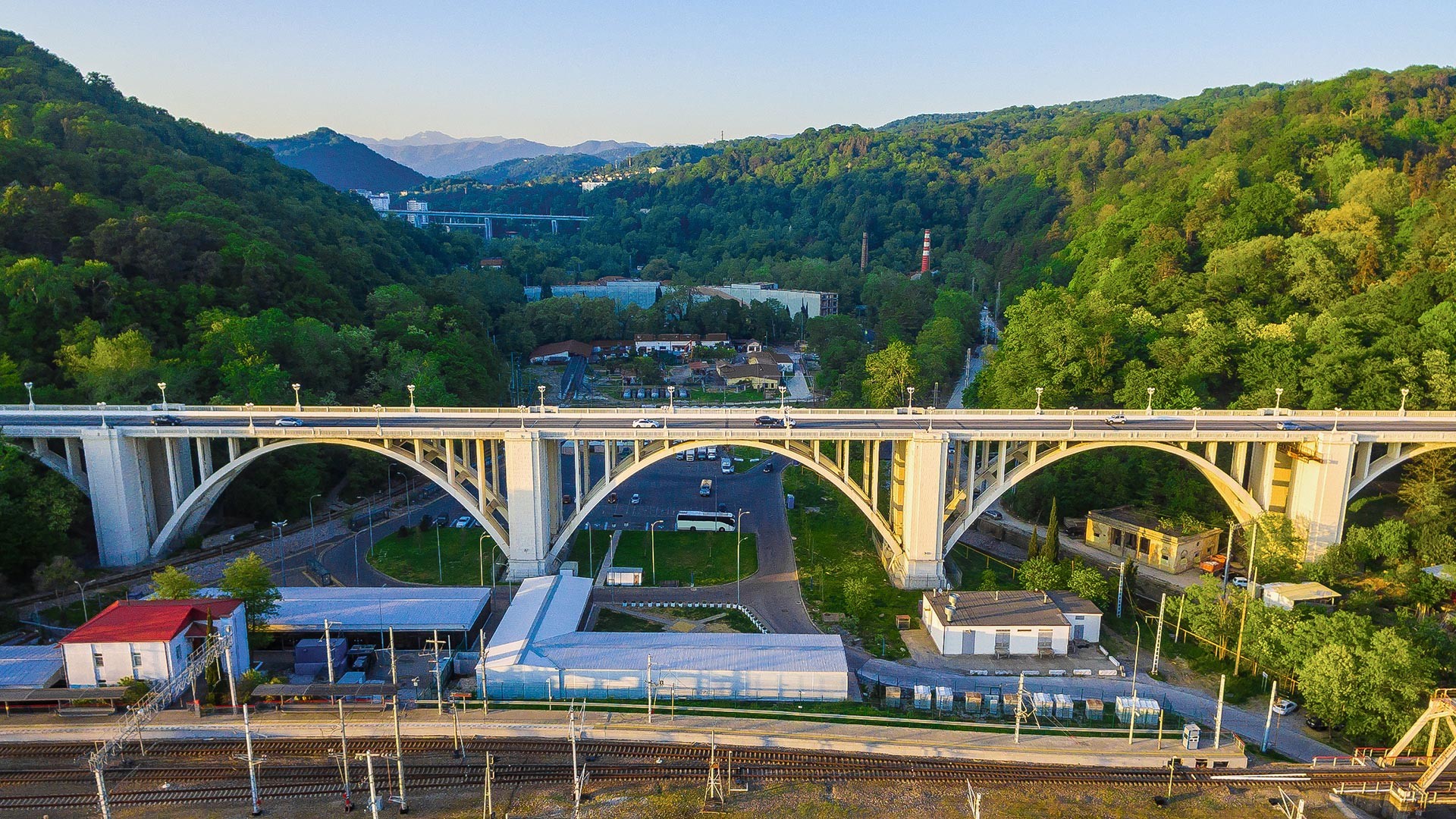 Yet another viaduct in the city of Sochi, this time over the Matsesta River. It was also built in the 1930s for car traffic and offers incredible views of the Black Sea. Sheer beauty! 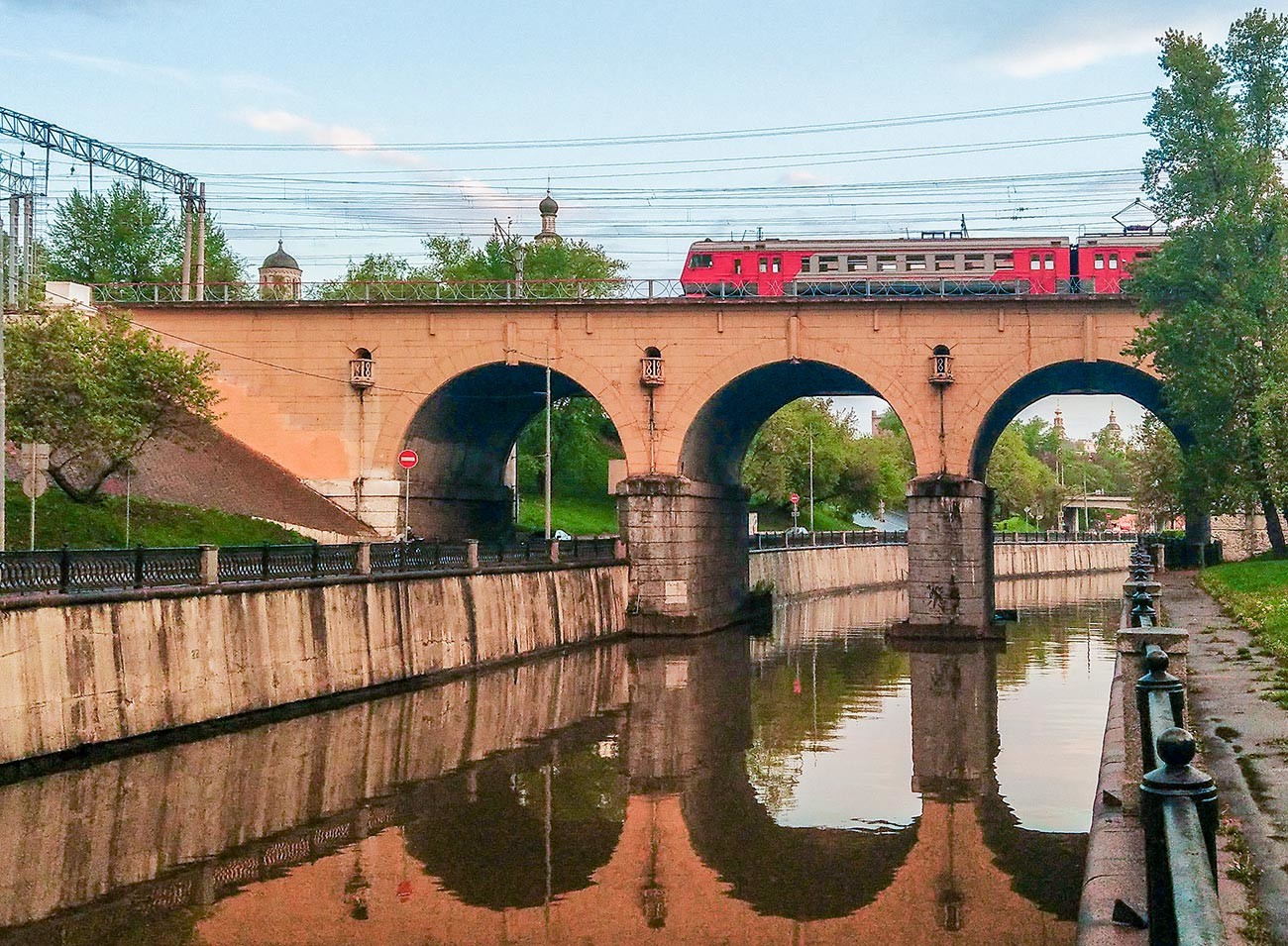 This small railway bridge (just over 100 meters long) across the Yauza River was built near Saint Andronik Monastery in 1865. The picturesque viaduct was often featured in Soviet films, including The Cranes Are Flying and The Pokrovsky Gate. Yet another excuse to watch these two classic movies!