Travel
Anna Sorokina
For centuries, these majestic fortifications protected the country from enemies. Today, they’re open-air museums, reminding everyone of their past glory. 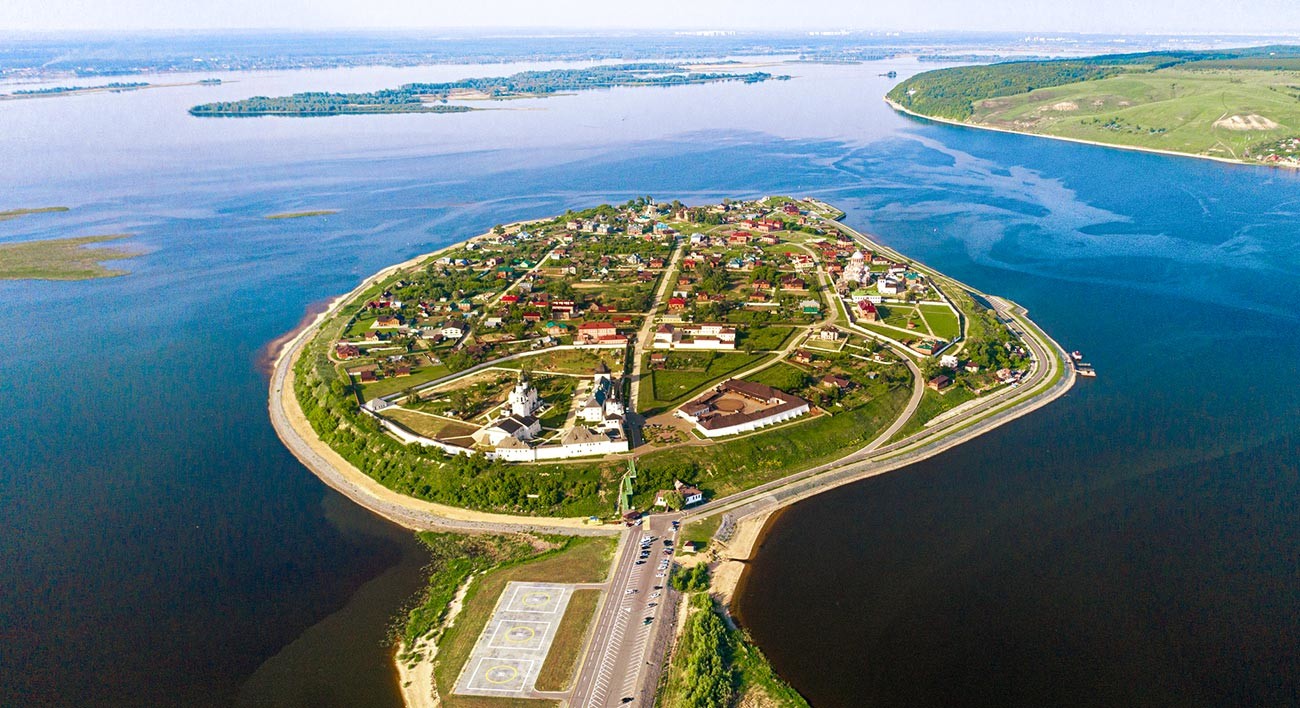 The fortified city on an island of the same name was built by order of Ivan the Terrible in 1551 in just 24 days, with 75,000 people taking part in the construction. This was the first Orthodox city in Tatarstan, which was supposed to become a Russian outpost against the Kazan Khanate. Initially, Sviyazhsk stood on top of a Mountain called Kruglaya (“Round”). The lake only appeared in 1957 due to the construction of a state district power station.

The wooden Assumption Church from the 16th century is preserved on the island - the only building remaining from the time of Ivan the Terrible - as well as several ancient stone churches. In 2017, UNESCO included Sviyazhsk on its World Heritage List. 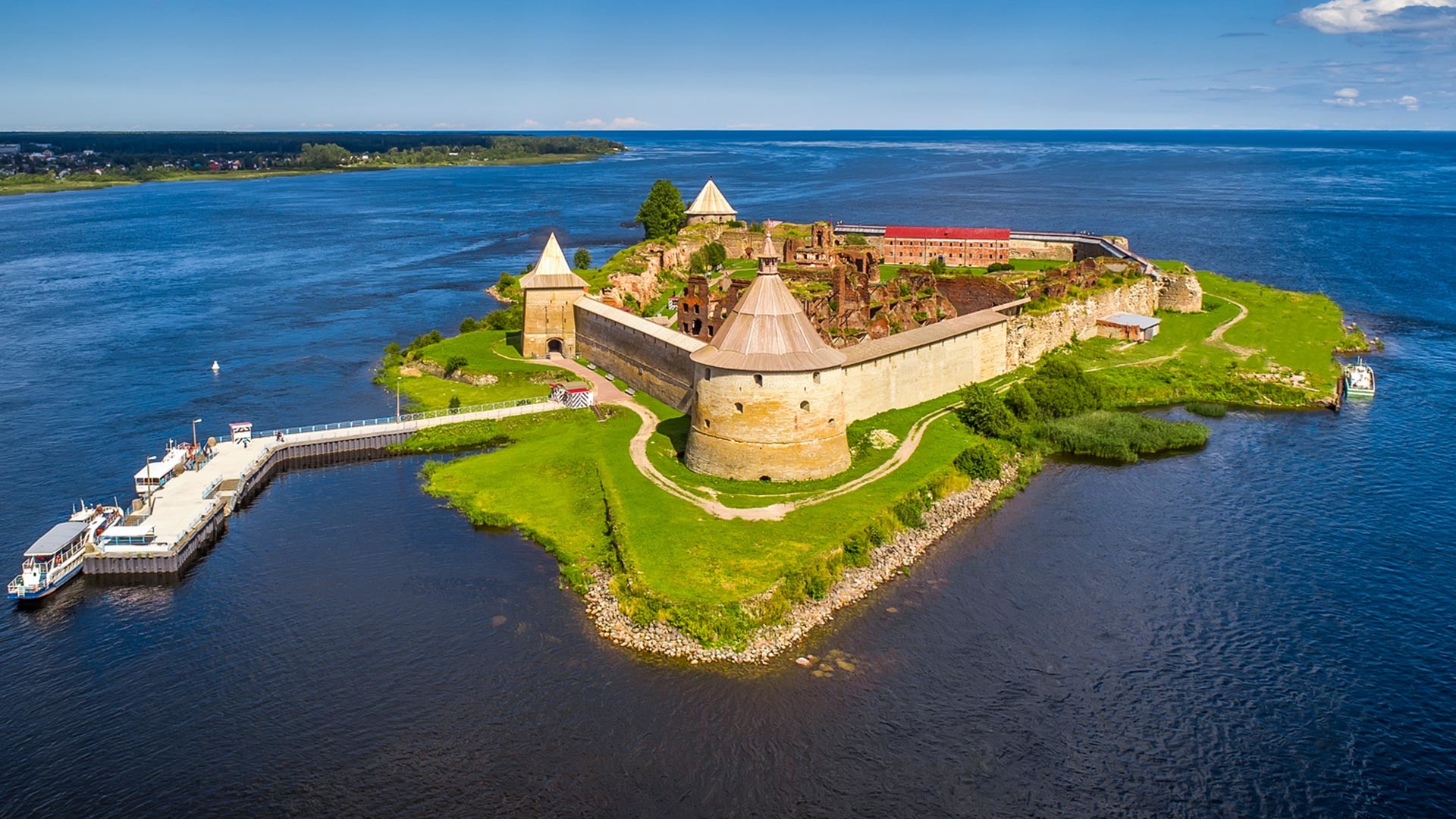 Initially, this fortress on Orekhovy Island was built to protect Russia from the Swedes in the mid-14th century. It was built on a sea trade route, and the fortress passed to the Swedes a couple of times, until it was recaptured under Peter the Great and received powerful defensive fortifications and its current name. You can also find some interesting military-architectural ideas there: For example, the entrance is at a right angle to the walls, so that the enemy had to turn on their unprotected right side when entering.

Shlissenburg is often called the ‘Russian Bastille’. Since the 17th century, it has housed a  prison for political convicts, among which were Peter’s first wife Yevdokiya Lopukhina and the brother of the Russian Revolution leader Vladimir Lenin. 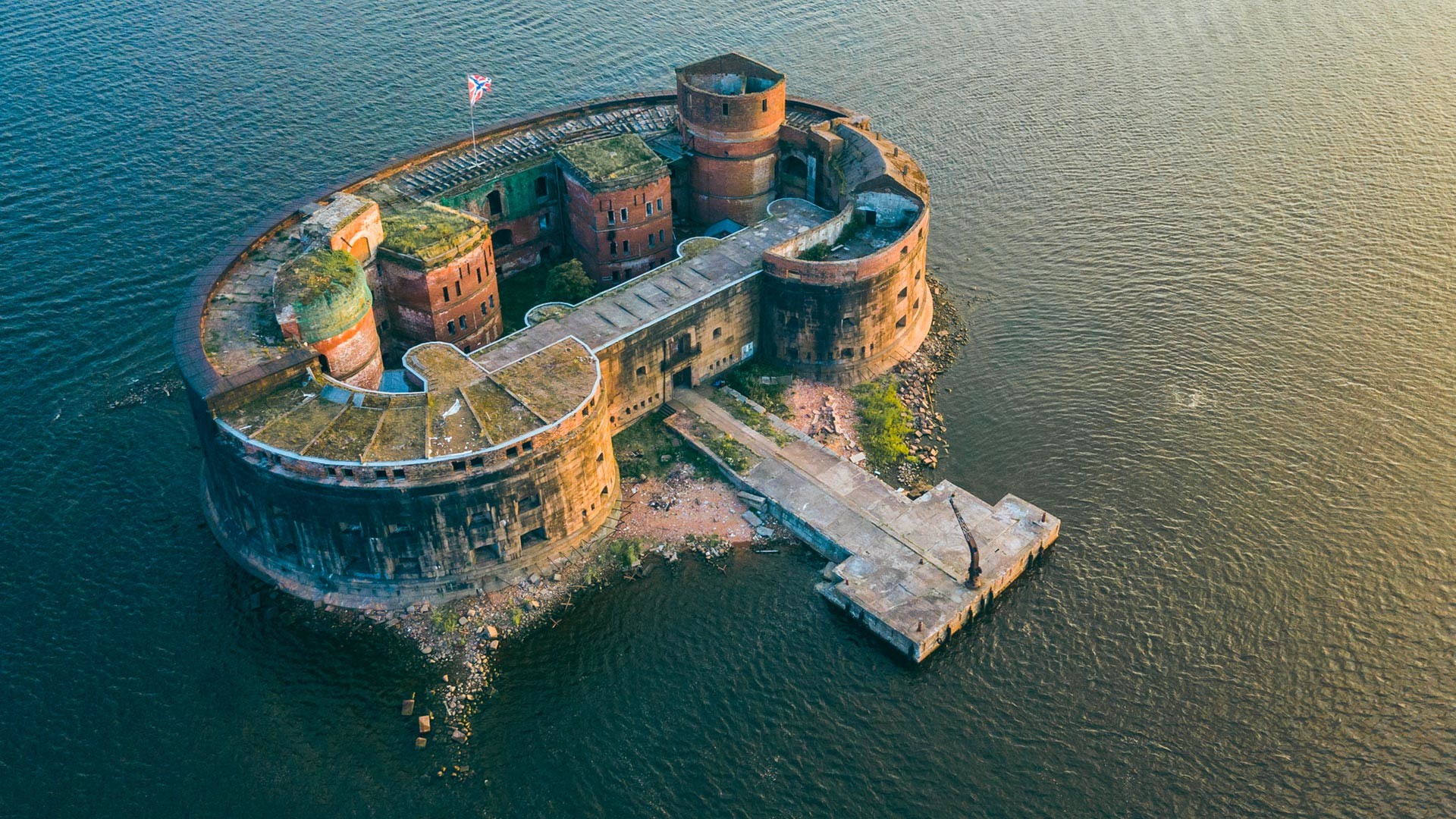 Built in the mid-19th century in the St. Petersburg suburb of Kronstadt, Fort Alexander I has never been involved in any battles. However, it was home to a navy garrison in which up to 1,000 soldiers served. In 1896, the fort was deemed unnecessary and closed, but people returned there the following year, due to the bubonic plague pandemic. The fort was reconstructed into the laboratory, where 20 doctors worked, searching for a cure for the plague. That’s how the title of ‘Plague Fort’ got “stuck” to it.

After the Revolution, the laboratory was closed, and the pathogens of plague and cholera were transported to Saratov, where the country’s first anti-plague institute was opened. During the Soviet years, the fort was used as a warehouse for military equipment, but abandoned again by the 1980s. In the 1990s, this place became popular for illegal raves. Nowadays, it’s open for guided tours. 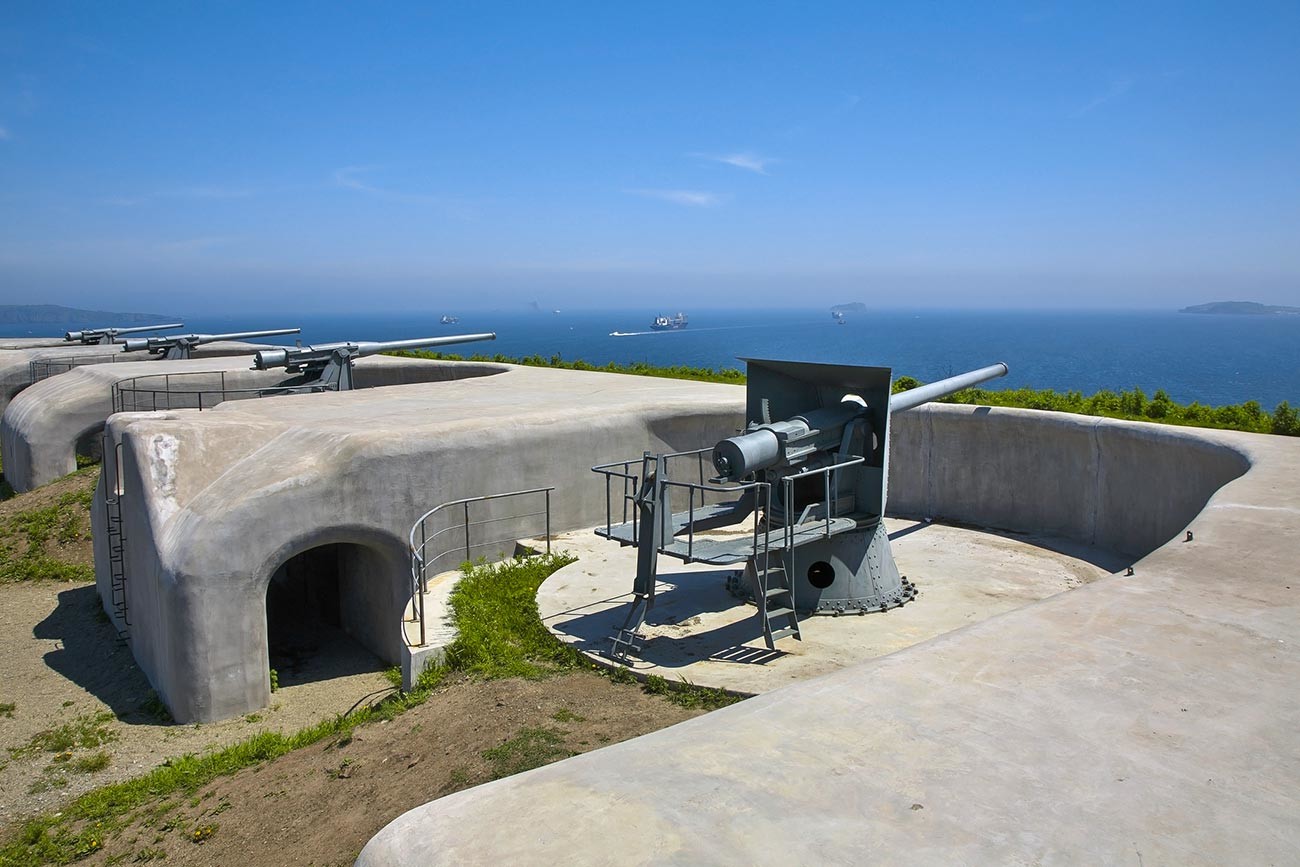 One of the most powerful fortresses in the country is located in the Russian Far East. It was built on Russky Island near the city of Vladivostok in the late 19th-early 20th centuries. The main defense line was constructed after the 1905 Russo-Japanese War. There are 16 towers linked by tunnels and galleries - a masterpiece of military architecture!

Russky Island was once the main base of the Russian Pacific Fleet, but was closed until the end of the 20th century. Recently, it was reopened for tourists. 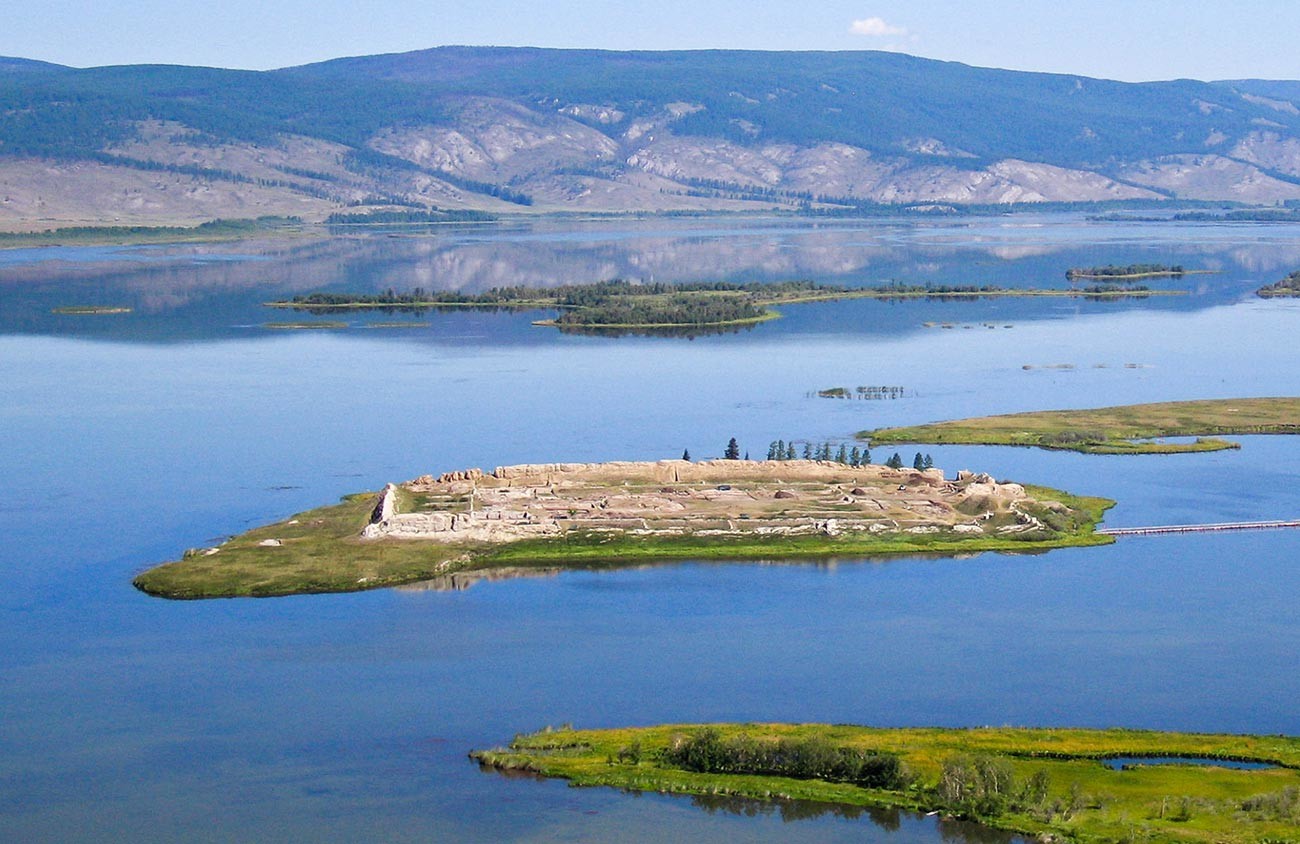 In the depths of the Republic of Tuva (South Siberia) there is an island-fortress called ‘Por-Bazhyn’ (“clay house”) in the middle of the Tere-Khol mountain lake. The first explorers of Siberia found this fortress in the 17th century, however, due to the inaccessibility of this place, it was little known. Modern archaeologists believe that Por-Bazhyn belonged to the Uyghur folk and could have been built around the 8-9th centuries, when there was no lake there. It appeared due to an earthquake, which also forced the Uyghurs to abandon this fortress. Only the foundation and layout remains. 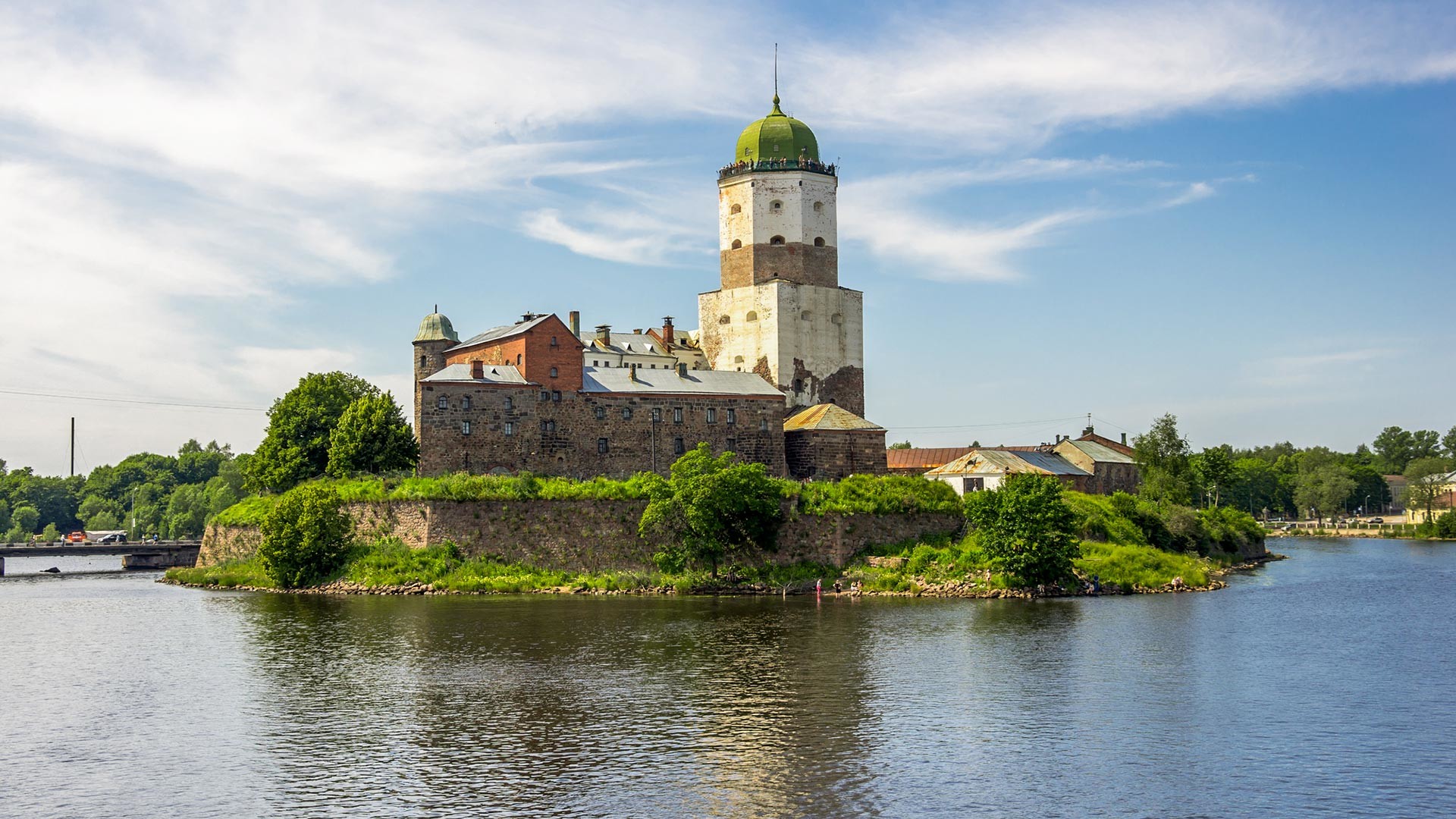 This fortress on Zamkovy (“Castle”) island was built by the Swedes at the end of the 13th century, during their crusade against the Finnish tribes in Karelia. The castle was tasked with protecting the Swedes from attacks by the Russian Novgorod Republic, which didn’t plan on giving up the region to the Swedish king. The castle and the city of Vyborg itself became Russian in 1710 after the Great Northern War. Now, it’s one of the rare medieval castles in Russia - worth visiting! 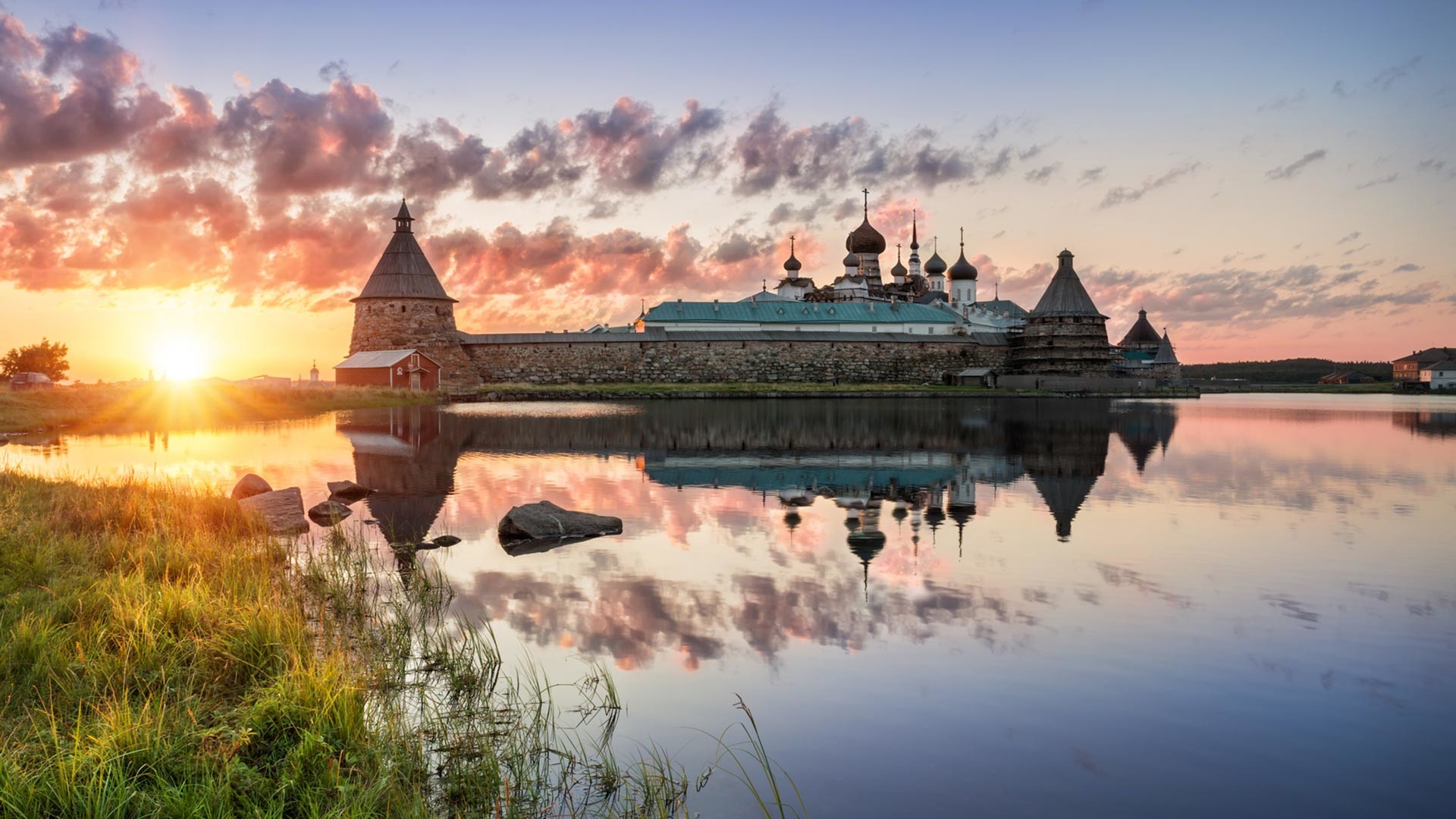 This was the northernmost fortress in Russia at the time of its construction in the 16th century by order of Ivan the Terrible and was built to protect the Solovetsky monastery from the Swedes. The walls made from White Sea boulders are 7 meters thick at the base. It’s amazing how the monks were able to build it in those years!

The fortress was attacked twice: during the uprising of the Old Believers against the church reform of the 17th century and during the Crimean War (1853-1856) in 1854. In the 1920s-1930s, the Solovetsky general-purpose camp was also located here.