This guy traveled from Moscow to Vladivostok on FREIGHT trains 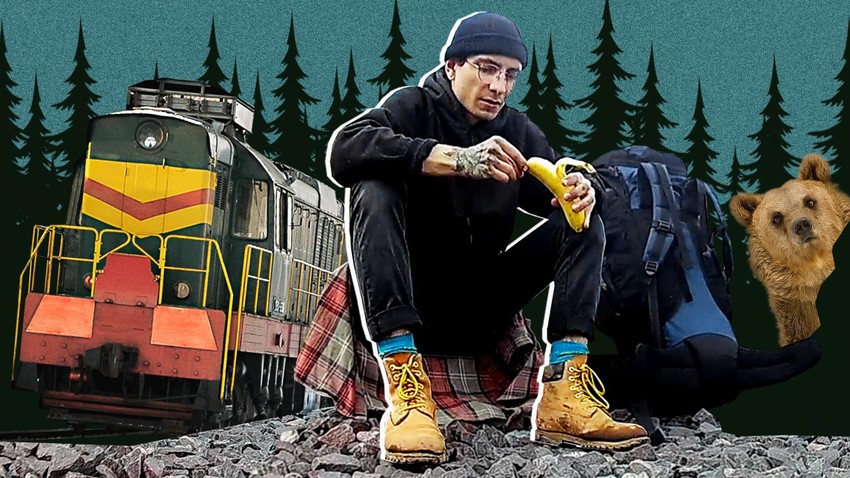 Russia beyond; Dmitry Shilye
Dmitry Shilye, a young artist from Moscow, never once paid for a ticket along the entire 9,259 km (5,753 mi.) journey. His two companions were a travel bag and a video camera.

“One time, I rode in an open railcar full of coal in heavy rain. I was lying directly under a 27,000-volt cable and in serious danger of getting toasted,” says Dmitry.

Fortunately for this article, he didn’t. Traveling on freight trains is illegal and highly risky, but that did not deter Dmitry. He rode on freight trains across the length of Russia, from Moscow to Vladivostok. 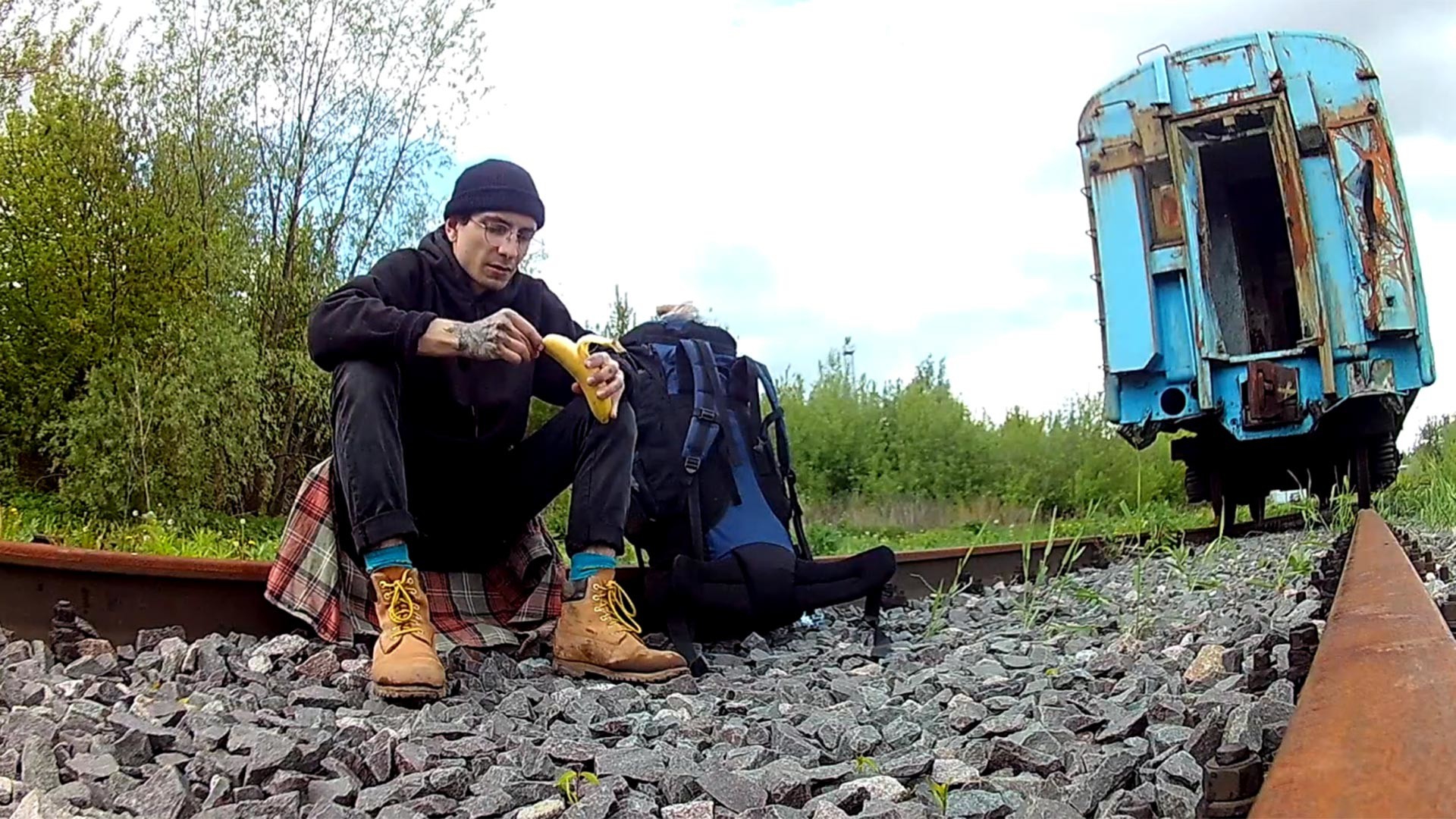 The journey along the Trans-Siberian Railway, romanticized by Russians and foreign tourists alike, is usually associated with long heart-to-hearts with fellow passengers, tea in antiquated cup holders and endless landscapes streaming past the window. In Shilye’s case, it turned into a test of endurance: tinned food, long stretches in open railcars battered by the elements and hot-footing it from the police. And, of course, all this made things far more interesting.

For a long time, the Russian Far East seemed inaccessible to Dima (Dmitry), as it does to many residents of central Russia. And that was despite the fact that he had already hitchhiked across the entire Russian south and parts of the north. During one of these trips, Dima met people who had hitchhiked all the way to Vladivostok. This inspired him greatly. “I realized then that nothing is impossible,” he says. 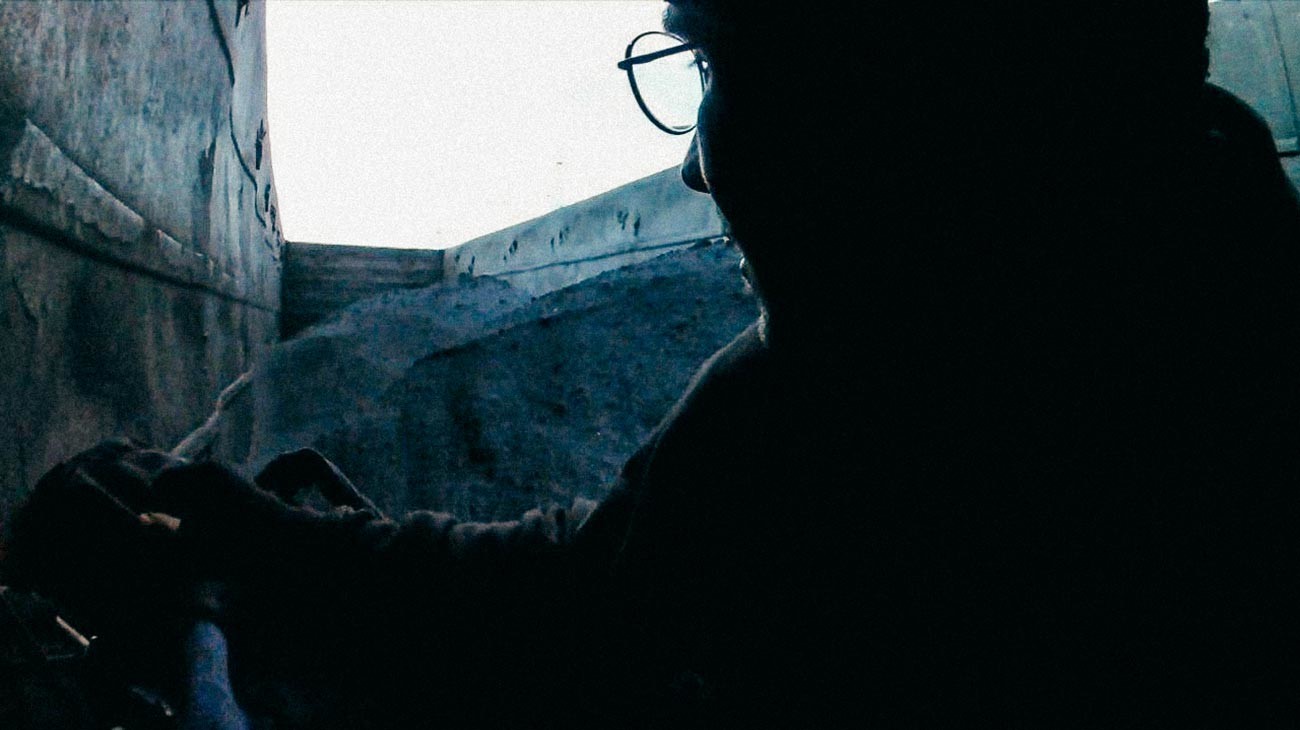 But Dima was tired of hitchhiking and wanted something new. “I wanted to test myself. So the idea of riding freight trains from Moscow to Vladivostok entered my head,” he recalls.

Before climbing in a railcar, Dima studies it carefully and devises his own safety rules. He stresses that it is a very dangerous mode of transport and in no way recommends it to ordinary travelers. 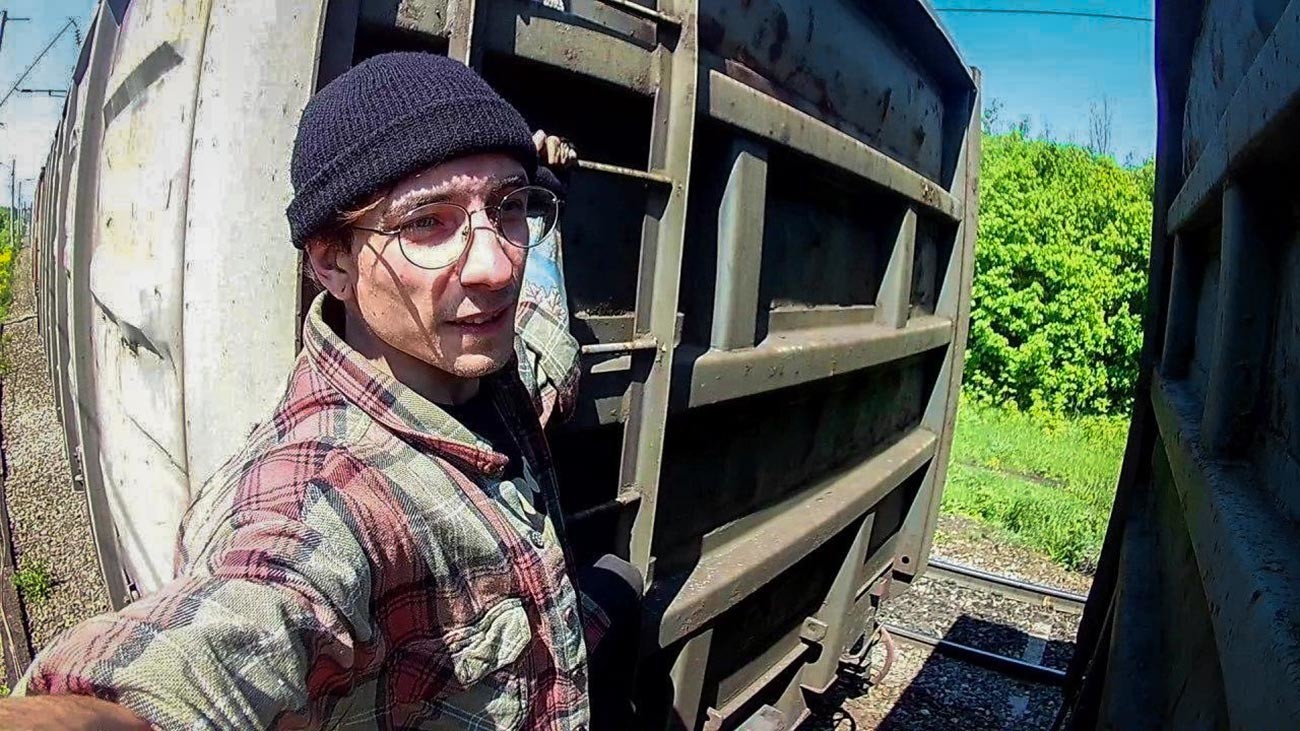 “Jack London’s The Road inspired me to ride a freight train for the first time,” he says. “It’s a great memoir full of amazing details from the author’s life. Before becoming a writer, he wandered carefree across the United States, covering most of the way by freight train. It just so happened that I, too, adore trains and even dreamed of becoming a train driver as a child.”

Dima’s grand trip began in May 2020, when many coronavirus restrictions were still in force. Most passenger trains had been canceled, and the regions were quarantined. But freight trains were still operating practically as normal. 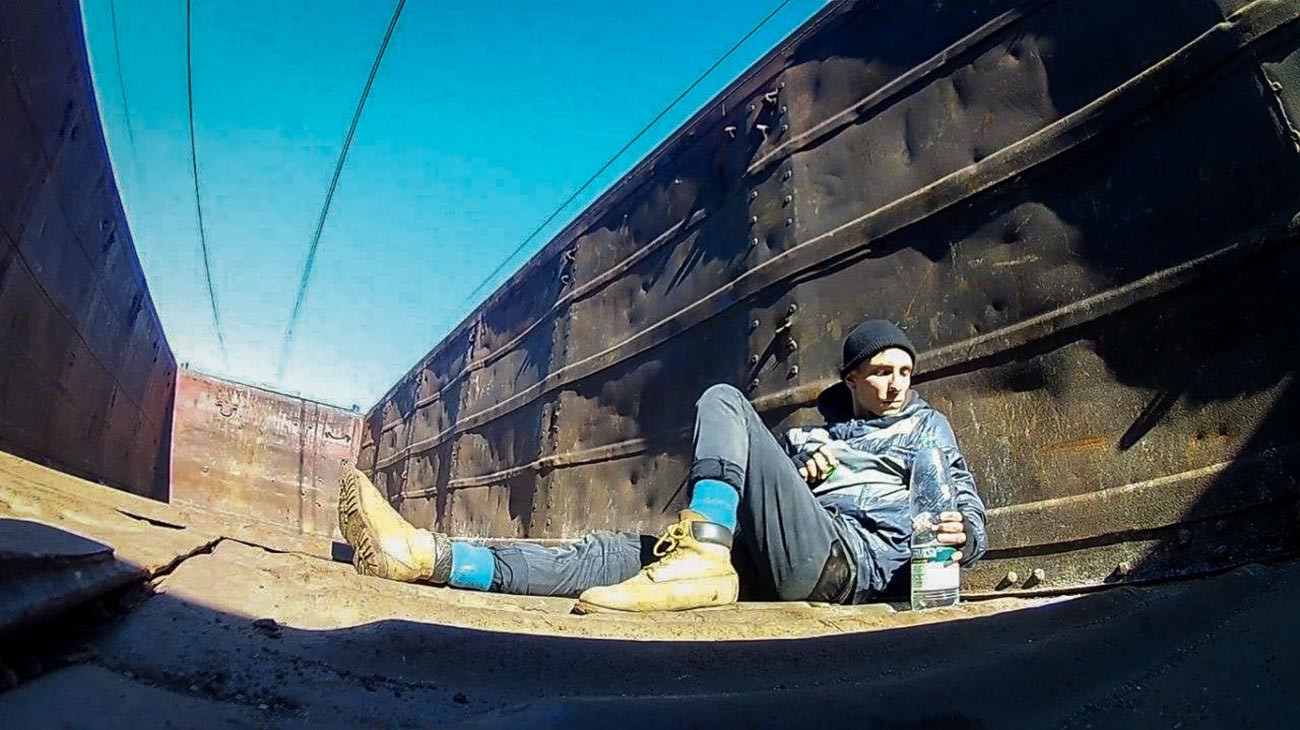 Sure, this type of travel is not exactly legal. Once, in Irkutsk, Dima was detained by police after being spotted by a railroad worker. However, they simply issued a fine and let him continue on his way.

On his voyage he never once encountered aggression from anyone — partly because contact with people when riding freight trains is negligible at best.

“Even being an introvert, I was desperate for human contact when I got off the train,” says Shilye. Unlike hitchhiking, there is no one to talk to in a freight railcar. And when not on the move, he sometimes had to spend days alone in a tent, waiting for a suitable freight train to pull up.

According to Dima, over the entire two-month trip he spent around 15,000 rubles (approx. $200). One month was spent getting around and the other in towns and cities along the way, where he lived mainly in tents. Sometimes, in big cities, he rented a room in a hostel. 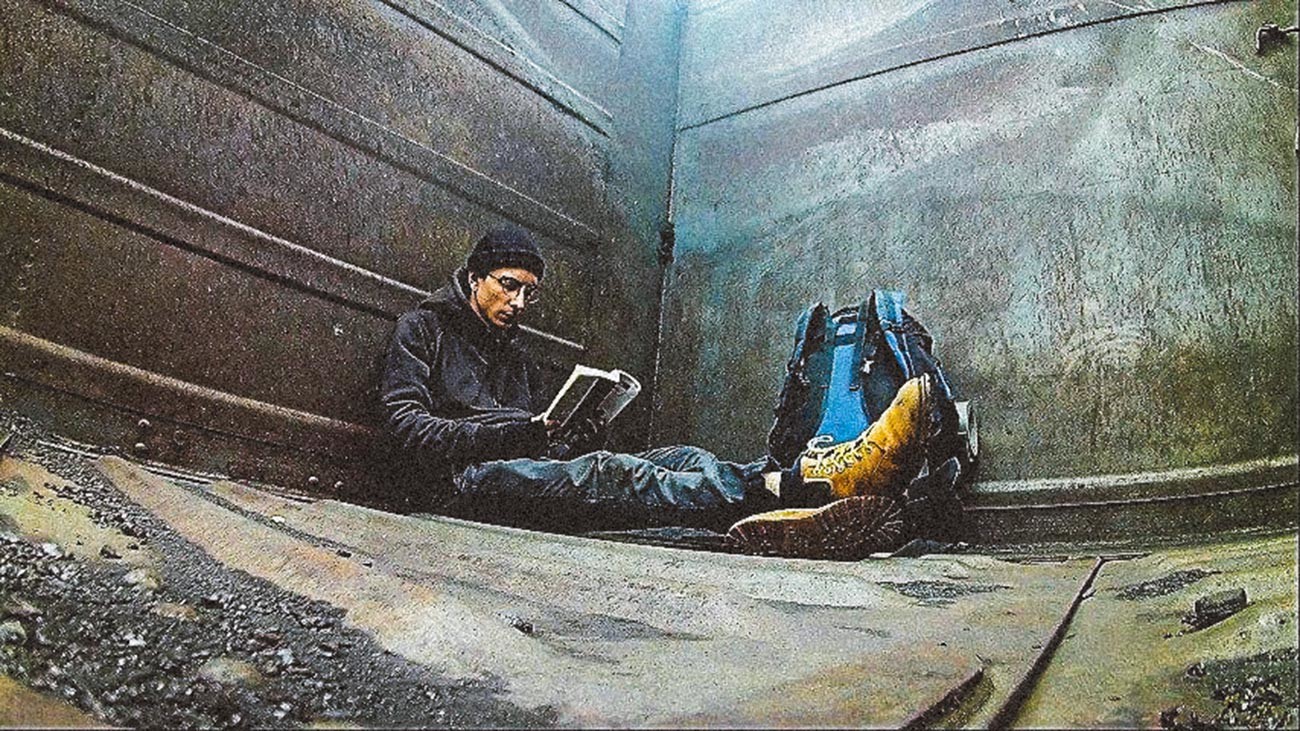 At first, he carried food with him, but then started buying it locally, mainly convenience food. During the trip, he earned a bit of money as a freelance artist, selling his works.

Dima says that he never fell ill along the way, despite having been a sickly child. Nor did he ever feel lonely. He states that the trip helped him get to know Russia better and love the country even more. 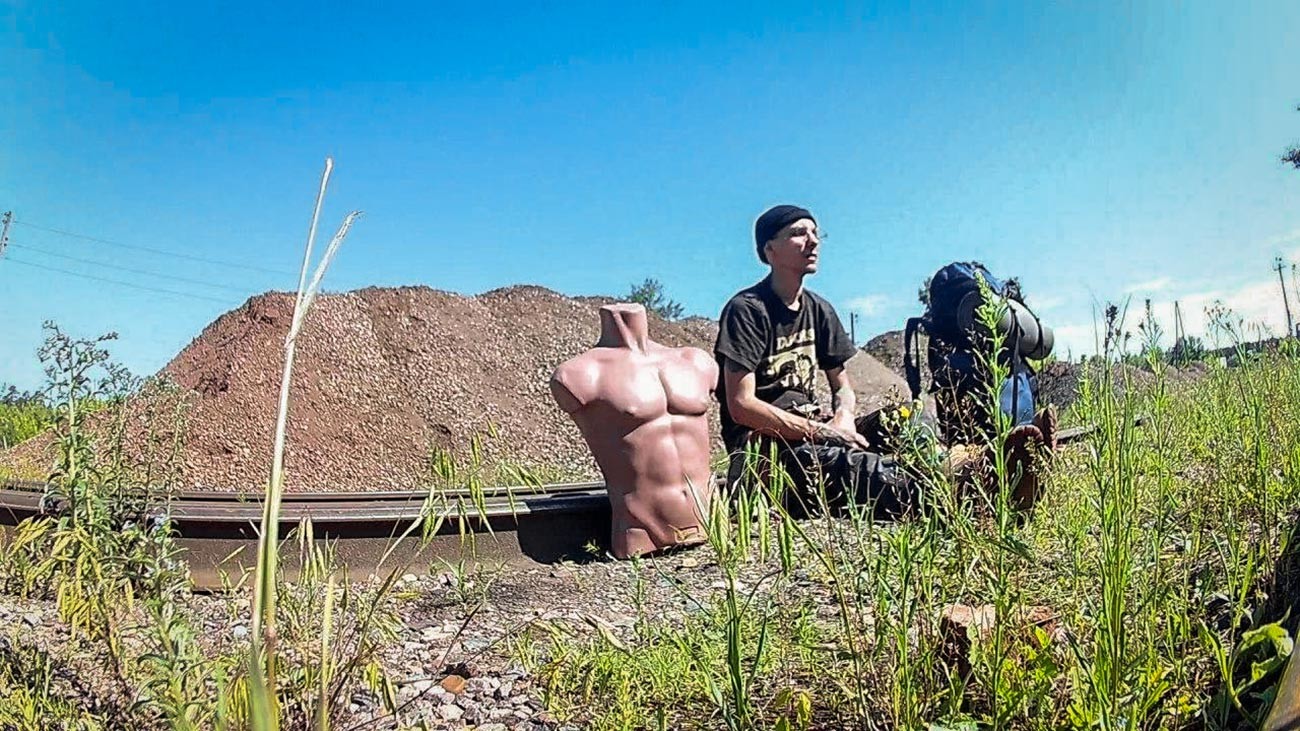 “It was a really cool experience, but everything has a limit. It’s foolish to get hooked on one thing. I did it to test my endurance, gain some unique experience, and escape creative stagnation. I succeeded. Now it’s time to move on and try something new — like cargo planes,” he laughs.

After just over two months, Dima reached his destination of Vladivostok in August 2020. Whilst riding, he drew very little, save for charcoal inscriptions on the railcars. But the creative reboot worked. New images and forms came to him, some literary, he admits. 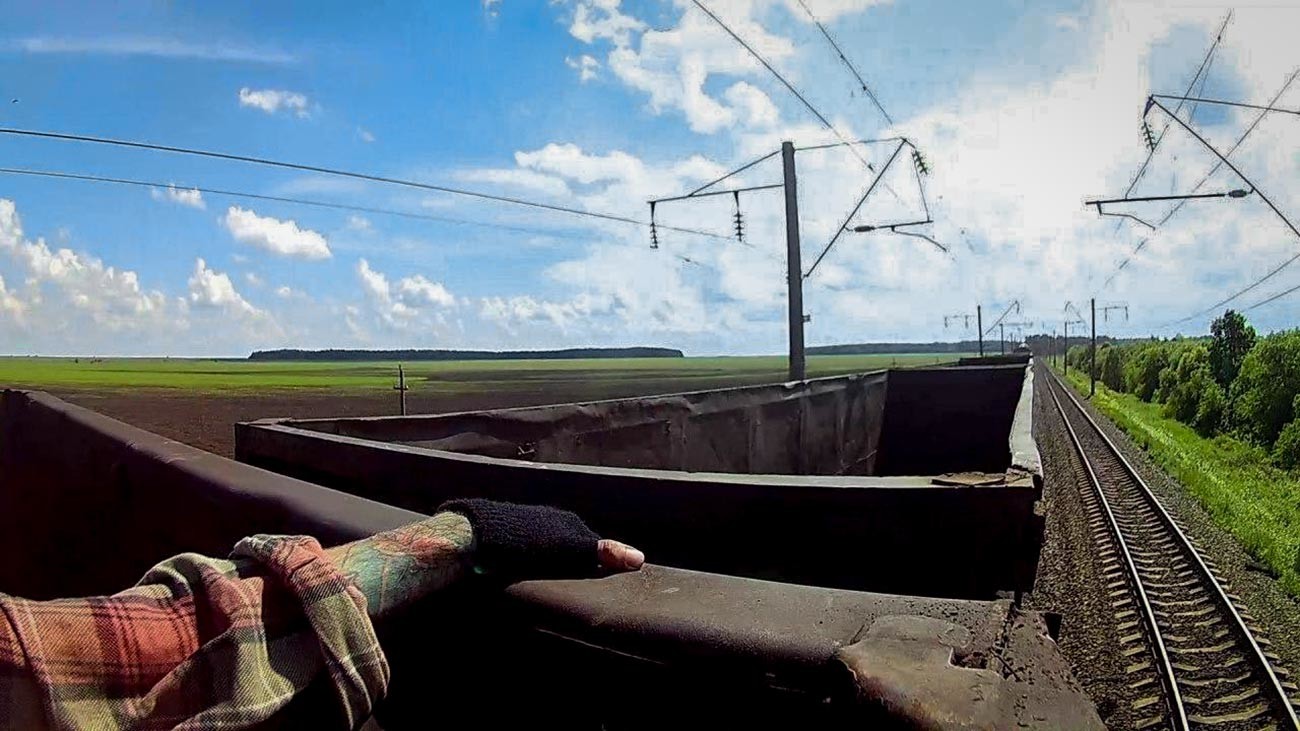 “I believe every person should travel across their country of birth at least once in life. Not to mention other places around our vast globe. It helps develop a more rounded picture of the world,” concludes Dima.