10 most remarkable chandeliers in the Moscow Metro (PHOTOS)

Travel
Anna Sorokina
Moscow Metro stations often look like veritable palaces for commuters. And so it is fitting that many are decorated with simply incredible light fittings! 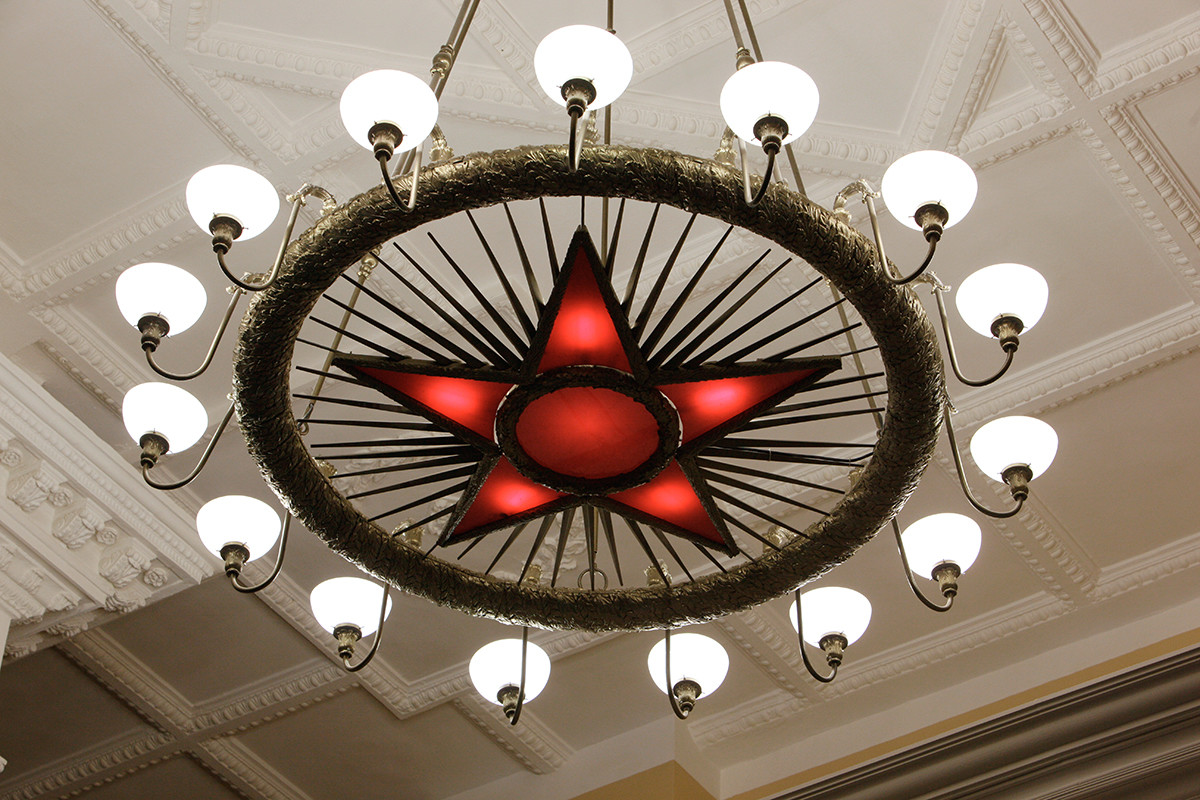 On the inside, the entrance hall of Kurskaya station looks like a temple of classical antiquity that includes a high vaulted ceiling, giant marble columns and stucco molding. The architects envisioned the entrance as a kind of "Temple of Victory" that is illuminated by huge round chandeliers with Soviet red stars. 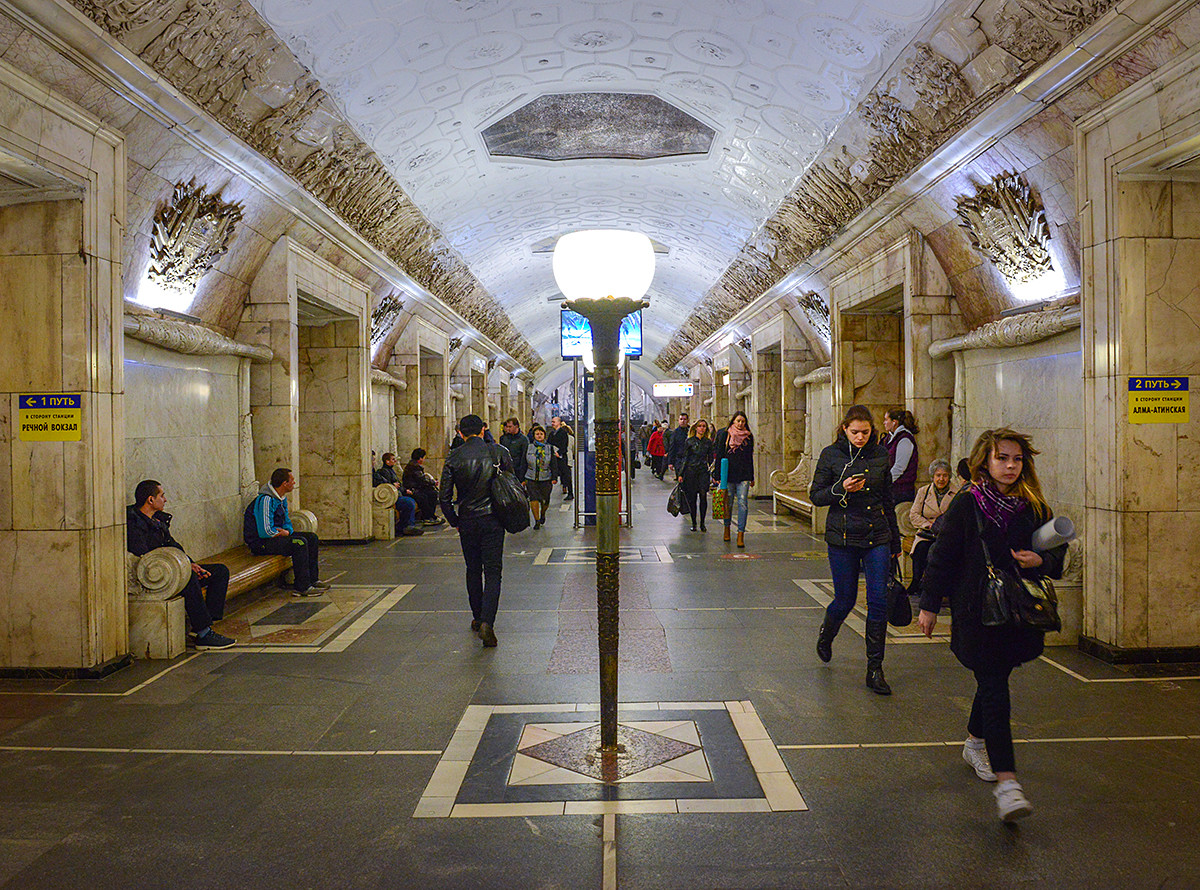 Novokuznetskaya station, opened during the war in 1943, is a reminder of troops defending their country both on the front line and on the home front. Most people first notice the magnificent mosaics and reliefs with patriotic scenes, but the lighting at the station is no less spectacular.

Novokuznetskaya's central hall is illuminated by huge fixed torchères, and singular chandeliers hang above the platforms. If you are not in a rush to catch your train, take an extra moment to look at the hammer and sickle motifs. 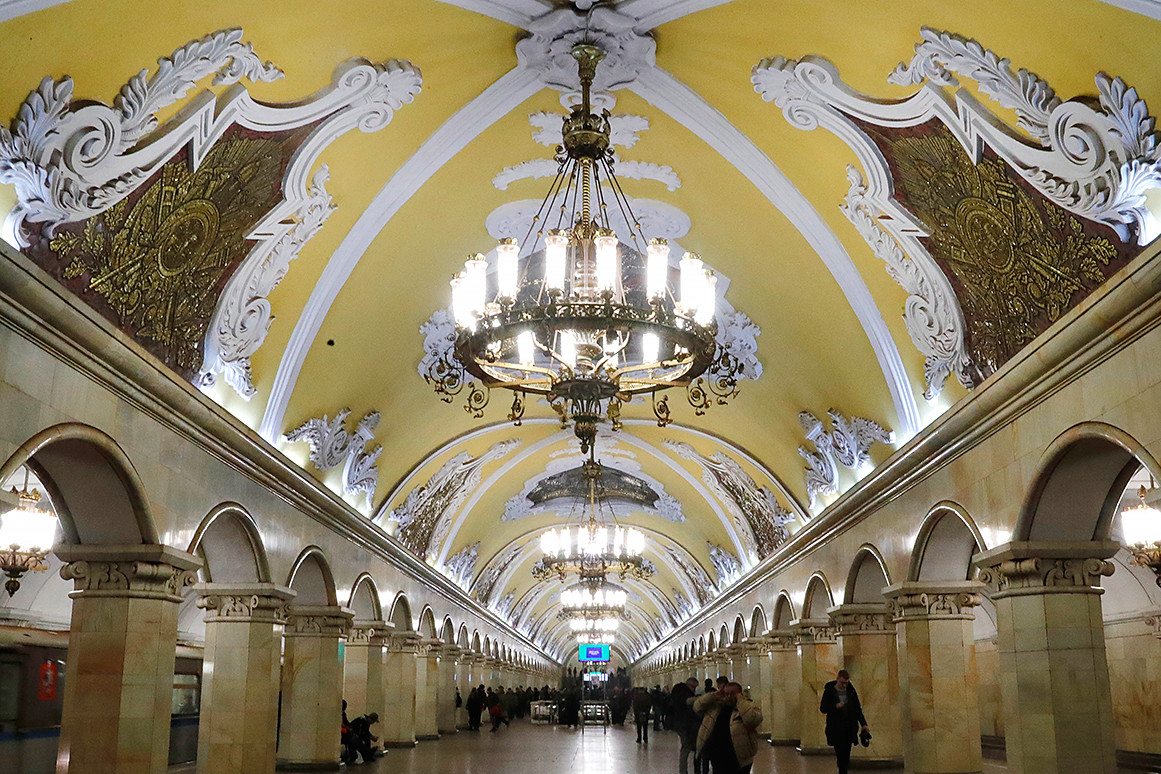 This station is one of the busiest in Moscow, and people from all over the country converge here since there are three major railway stations above. Komsomolskaya’s architects conceived of it as a "gate" to the city. The station was meant to create a favorable first impression of the Soviet capital, so no effort was spared in its decoration. As a result, Komsomolskaya station, with its gilding and abundance of mosaics and marble, outshines many actual palaces. The giant candelabra-type chandeliers are the central feature of its vaulted ceiling. 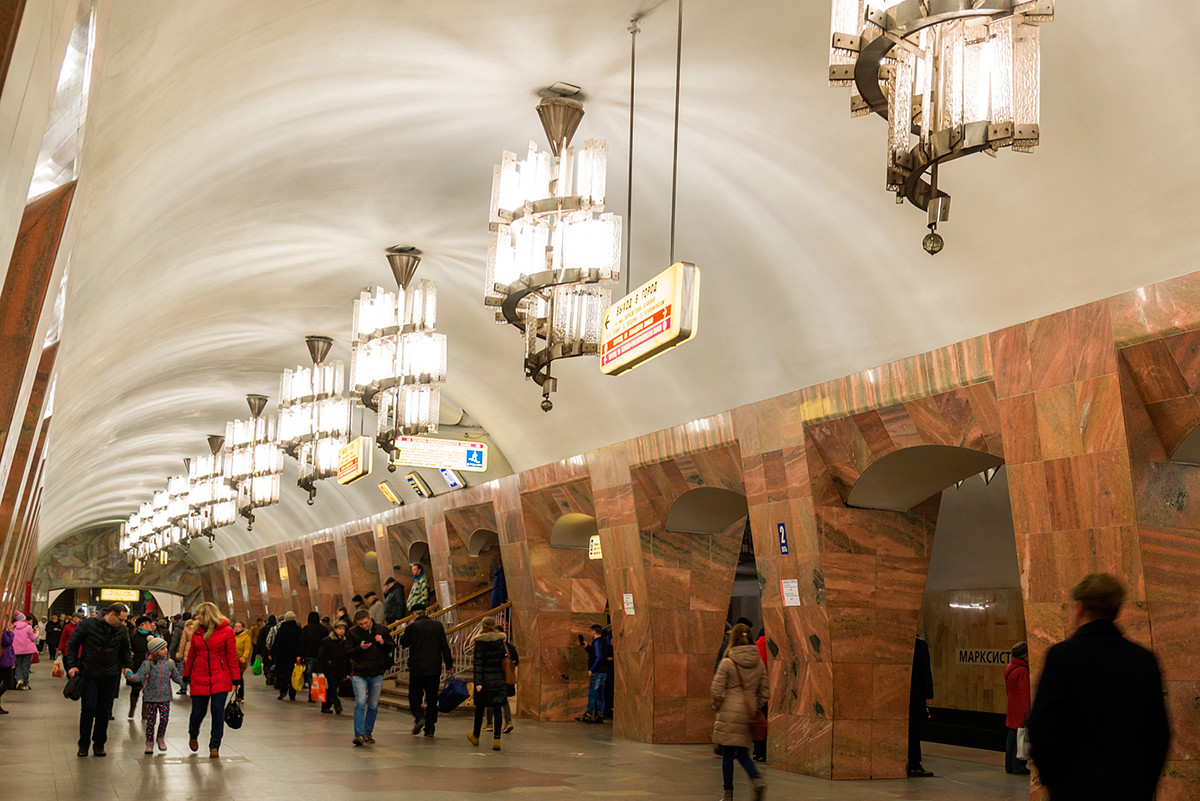 The chandeliers at Marksistskaya station are cleverly twisted into spiral shapes. The station's architect, Nina Alyoshina, recalls that for a long time she could not find the right glass for her design. Eventually, she found what she needed at a factory in the Moscow Region. It turned out to be optical glass for army tanks. Initially, the glass was 4 cm thick, but for the chandeliers it had to be specially made half as thick. She then decorated it with metal strips, and the result is stunning! 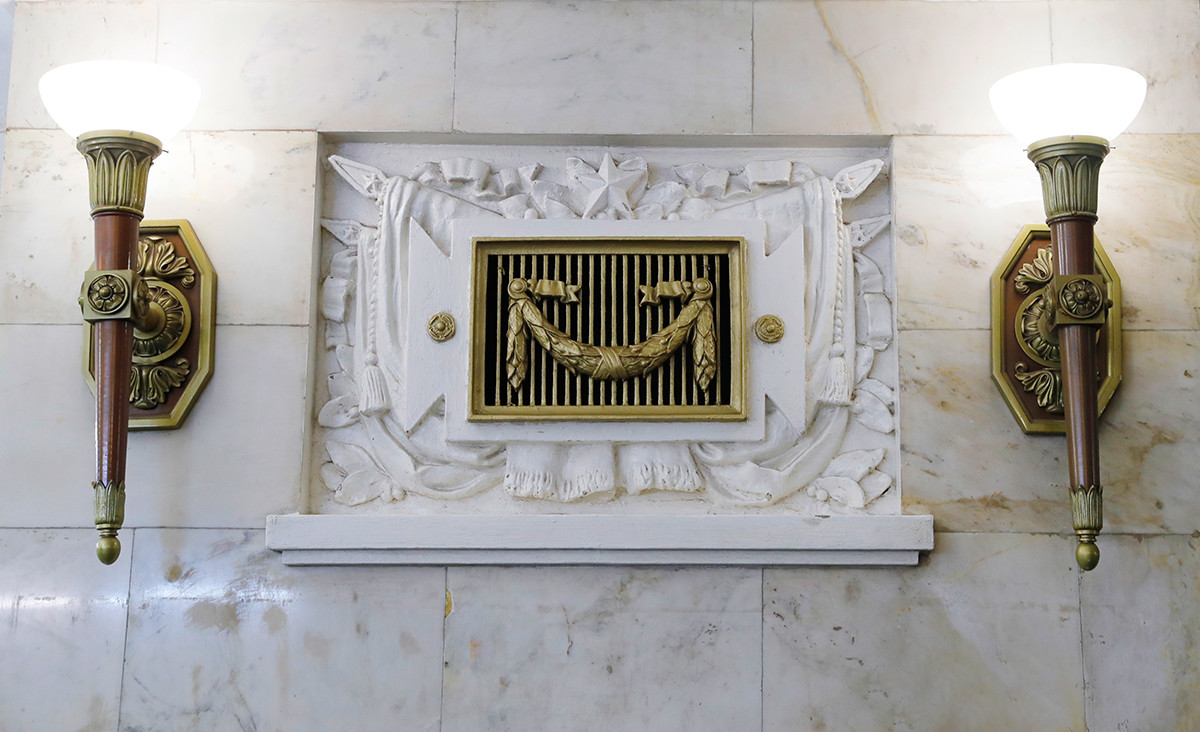 This station, which opened in 1950, was meant to remind Muscovites of those who died in World War II. The entrance hall is designed in the form of a triumphal arch, and the chandeliers are shaped like torches, illuminating the way towards a brighter future. 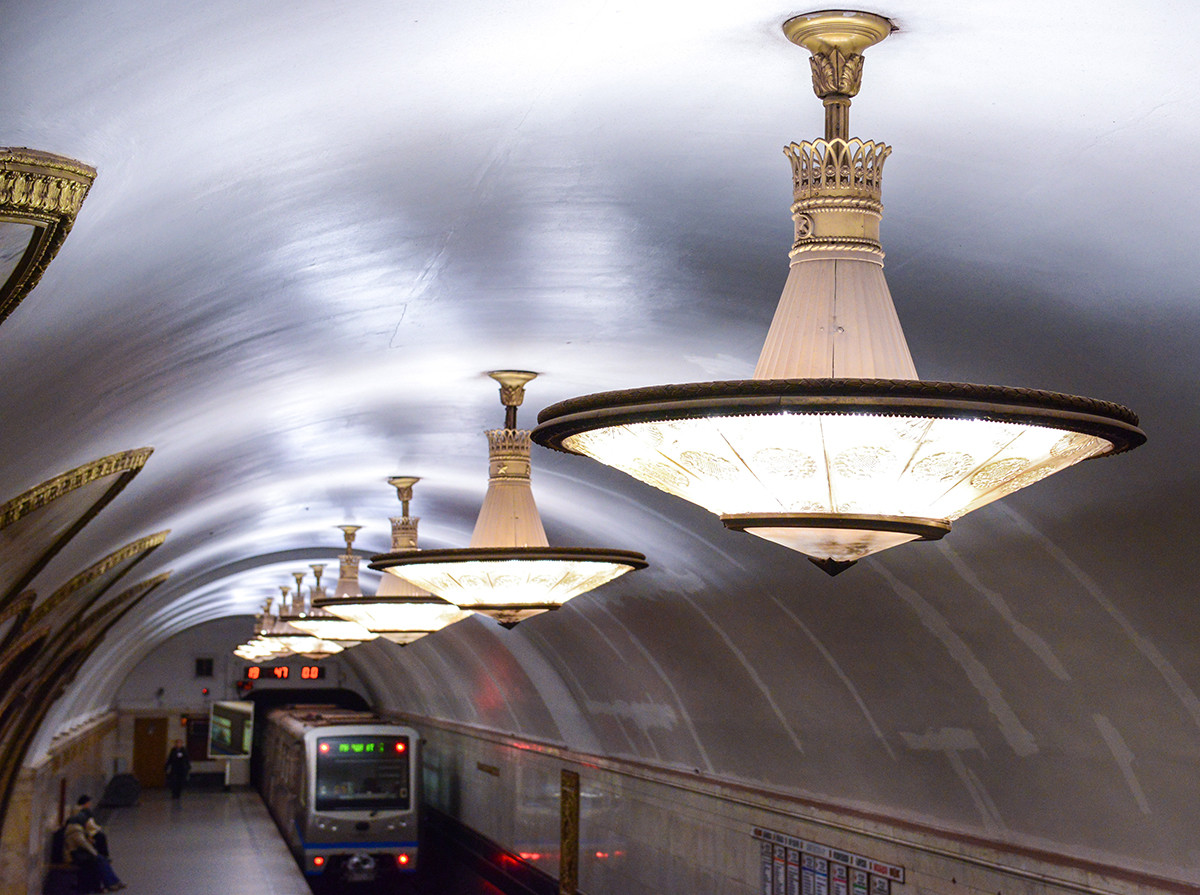 Novoslobodskaya station was the last project of the famous Soviet Metro architect, Alexey Dushkin. He regarded lighting as one of the most important elements of a subway station’s construction. 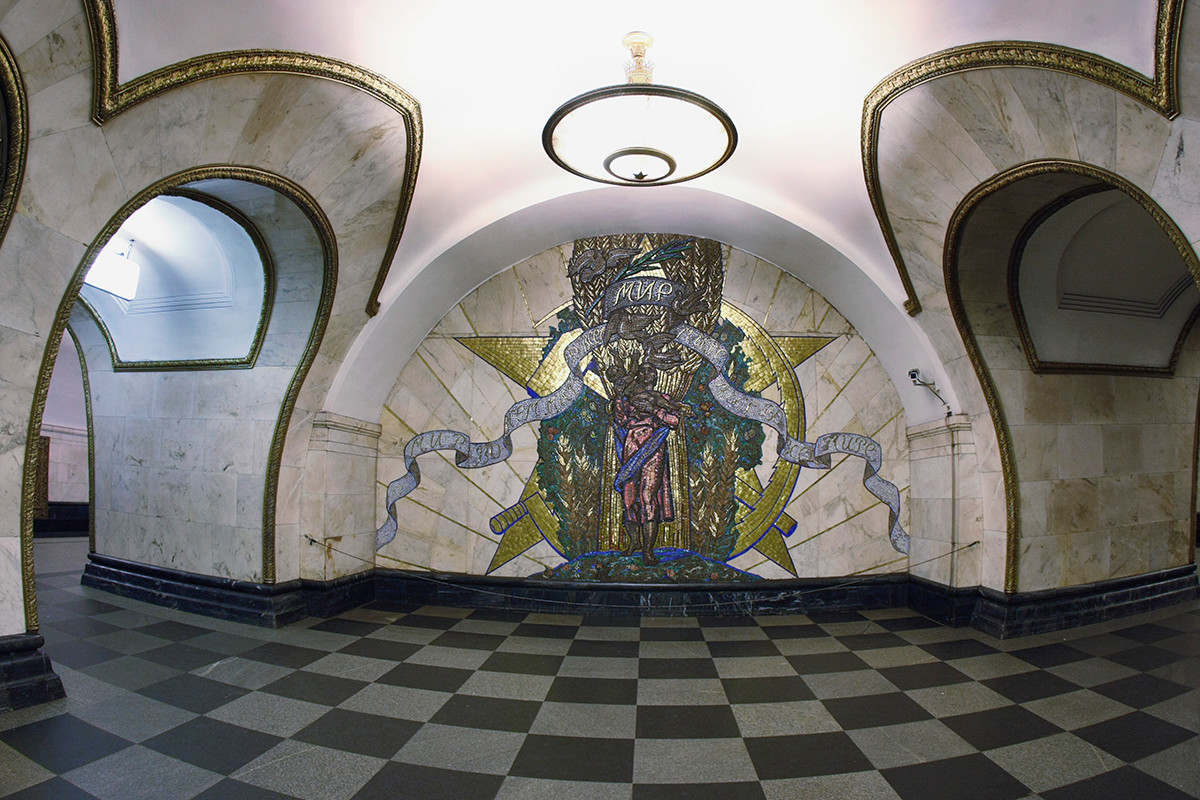 Novoslobodskaya is decorated with bright stained-glass windows illuminated by a number of round chandeliers. In this way, the architect sought to present whimsical fairy tale motifs. 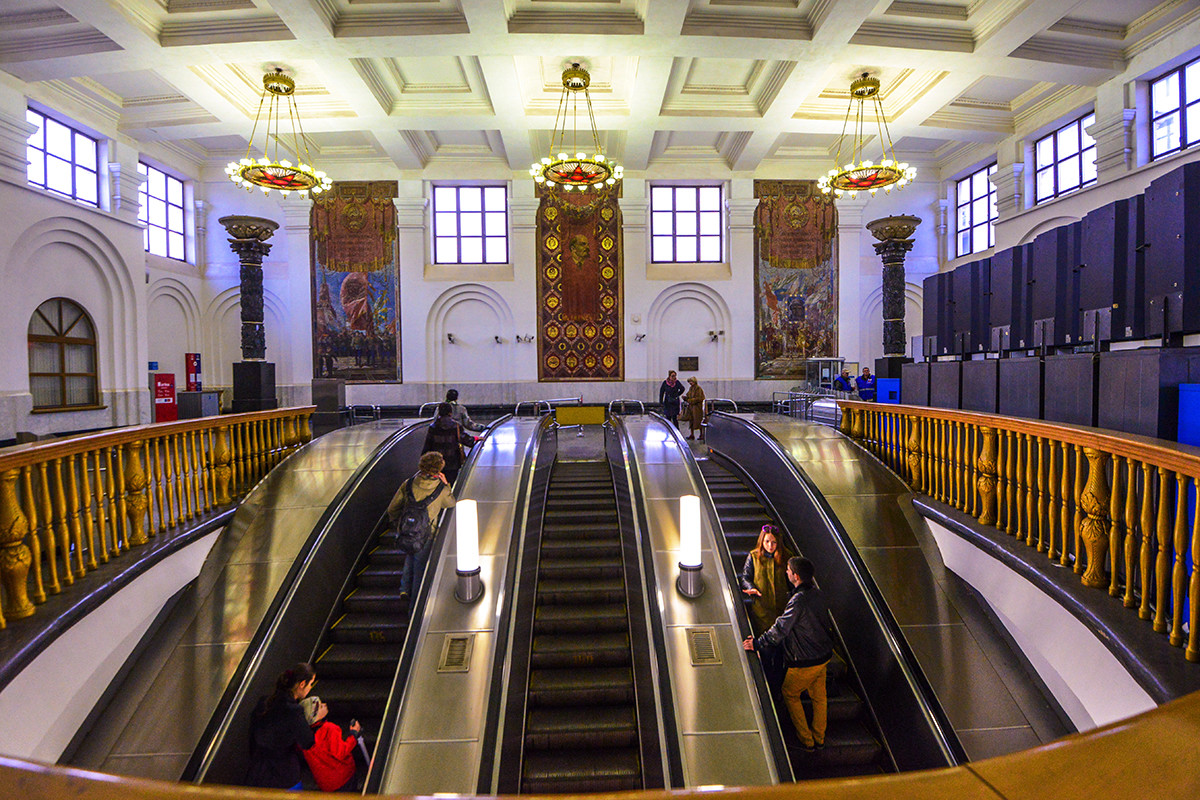 The spacious entrance hall of Dobryninskaya station is illuminated by the chandeliers shaped like saucers with red Soviet stars. 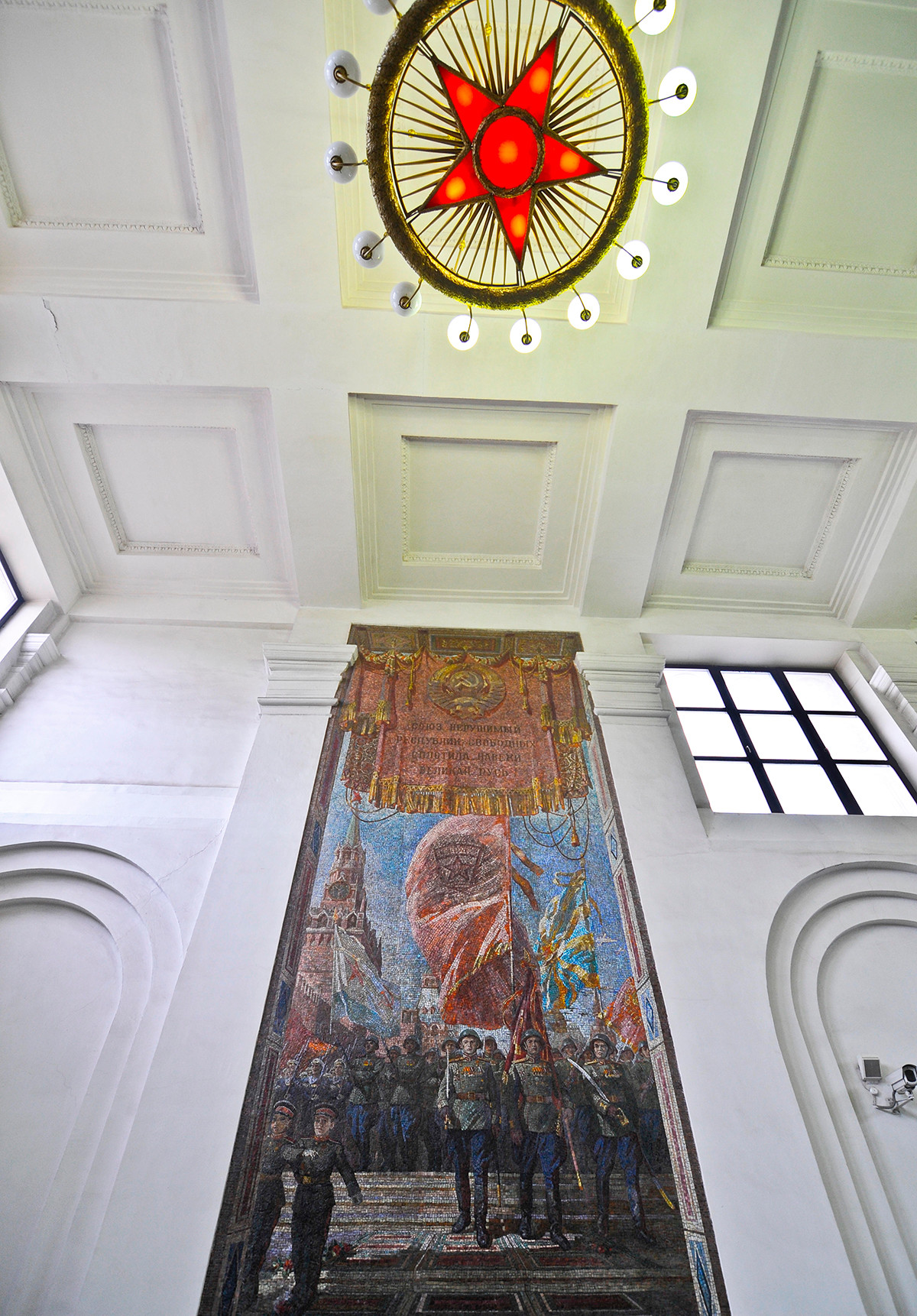 The escalators are flanked by torchères—the largest in the Moscow Metro. 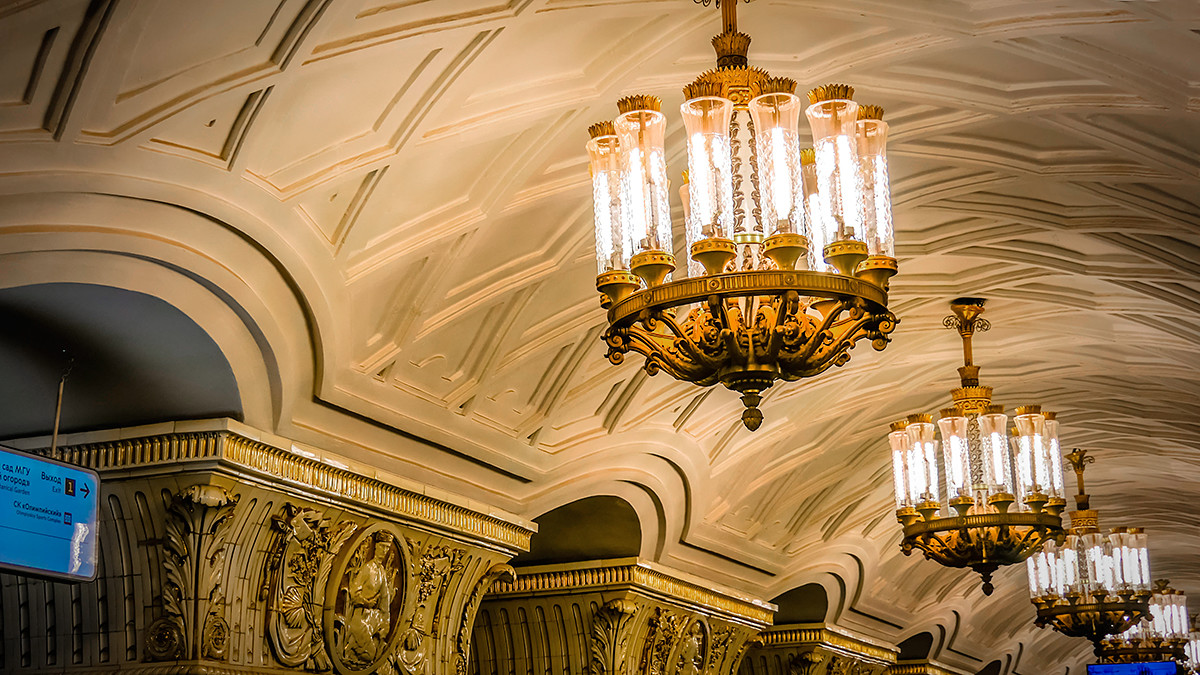 Until the 1960s, this station was named Botanichesky Sad after the nearby botanical garden of Moscow State University (MGU), and Soviet agriculture was a key theme in its decoration. Plant motifs can be seen not just in the marble reliefs and columns, but also in the chandeliers and light fittings. 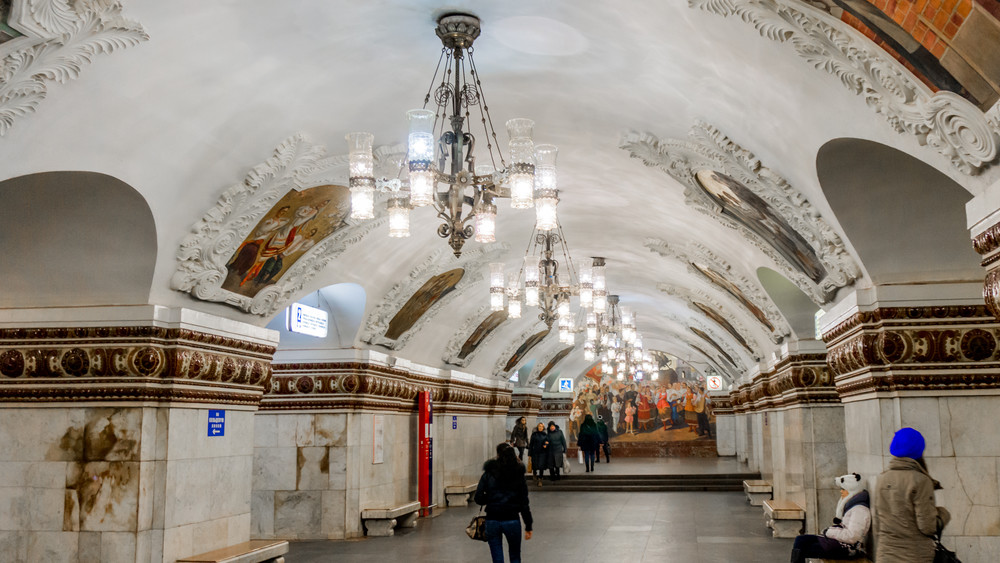 The station, which is decorated with murals depicting friendship between the Russian and Ukrainian nations, is regarded as one of the most beautiful in Moscow. Thanks to the station’s enormous gilded chandeliers, the platform and entrance are particularly bright and well illuminated. 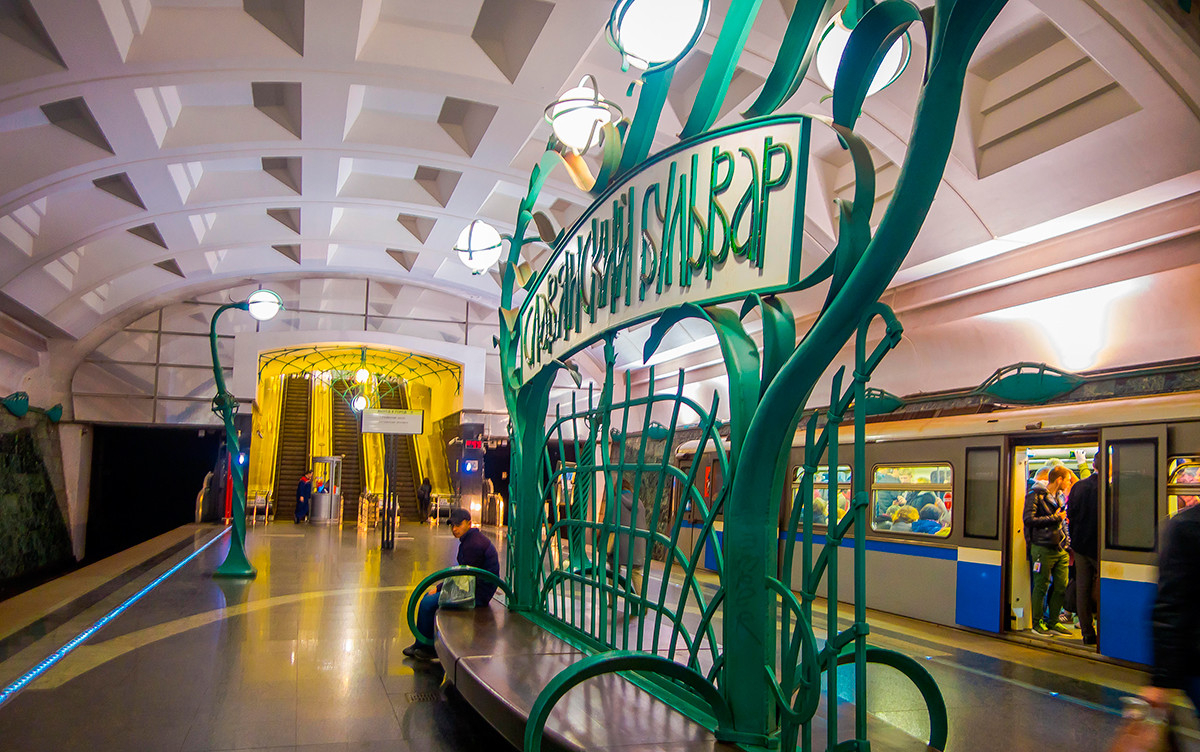 The light fittings in this station are shaped like flower buds! Slavyansky Bulvar station is whimsically decorated with fairytale plant motifs, and the lighting was made part of the decorative scheme. The light fittings seem to literally grow out of the benches and handrails.