Look at these STUNNING bird’s eye views of Russia (PHOTOS) 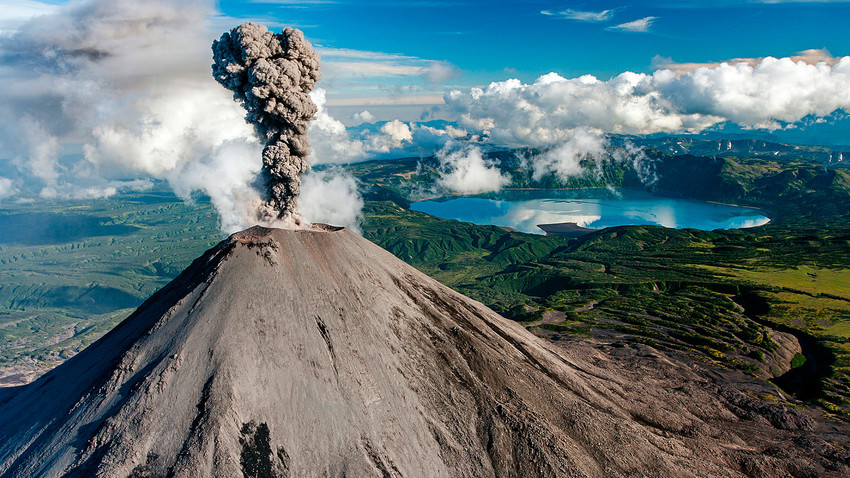 Sergei Fomin
This project lasted for more than 15 years and included 72 regions of the beautiful country.

When photographer Sergei Fomin was asked by a private company to make a few photographs of his native Kazan from an airplane some 15 years ago, few people could have imagined that the project that would follow up would dwarf its initial client’s request. 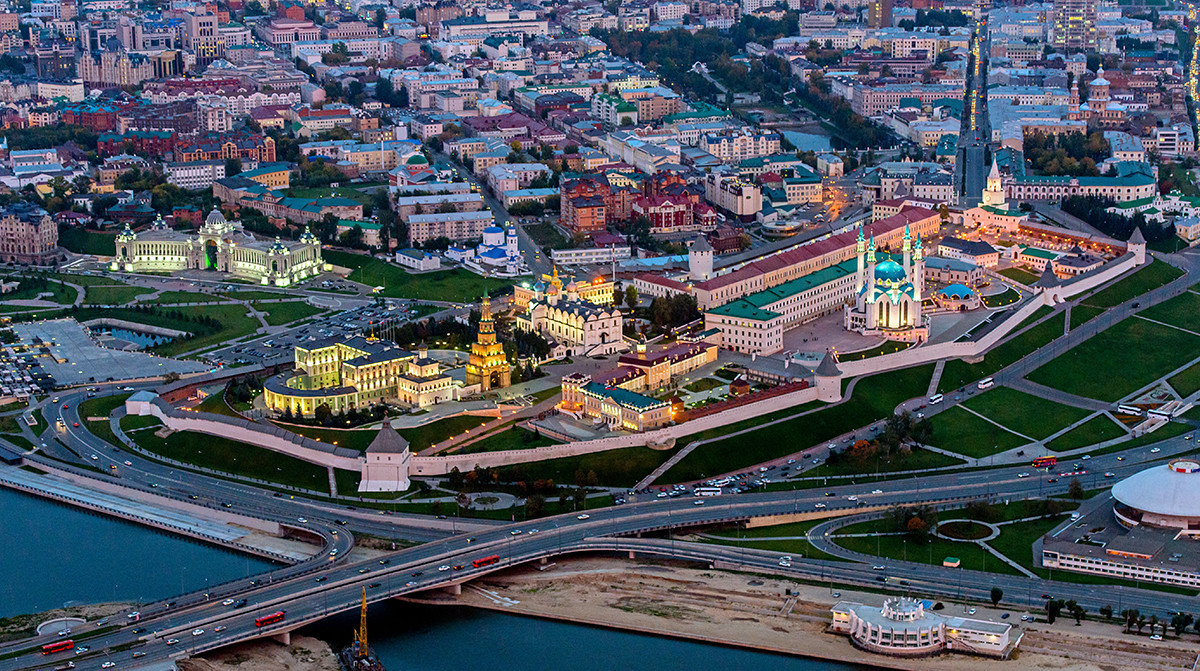 “I took a few shots of Kazan and offered to do a similar photo project that would cover the whole of Tatarstan to my initial client. They agreed, but soon went out of business. In the course of work, however, I came to meet a Yaroslavl-based interpreter who, like me, is from Tatarstan. I showed him the photos and asked for support to scale this project up and photograph other regions of Russia,” says Fomin. 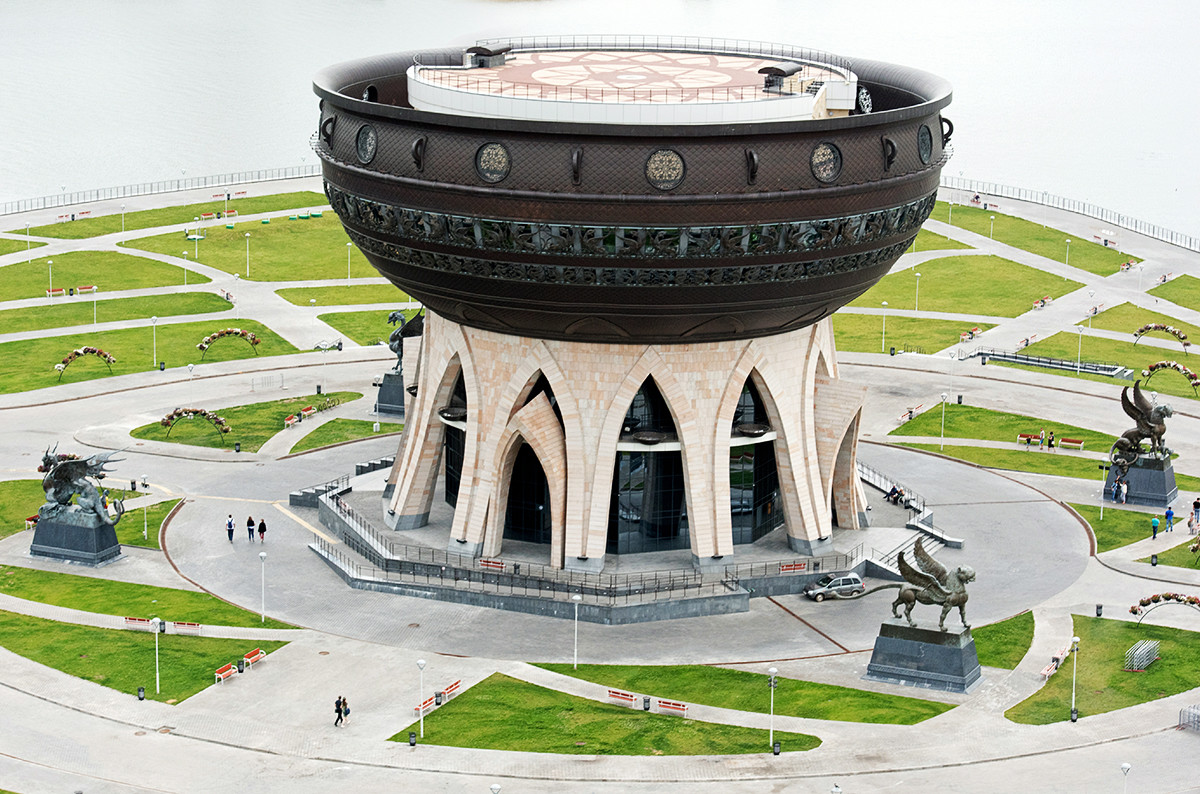 Financial endorsements of the businessman allowed Fomin to launch a project that is growing into something that can hardly be imagined: photographing all of the 85 regions of Russia from a bird’s eye perspective using planes, helicopters and other aerial vehicles. 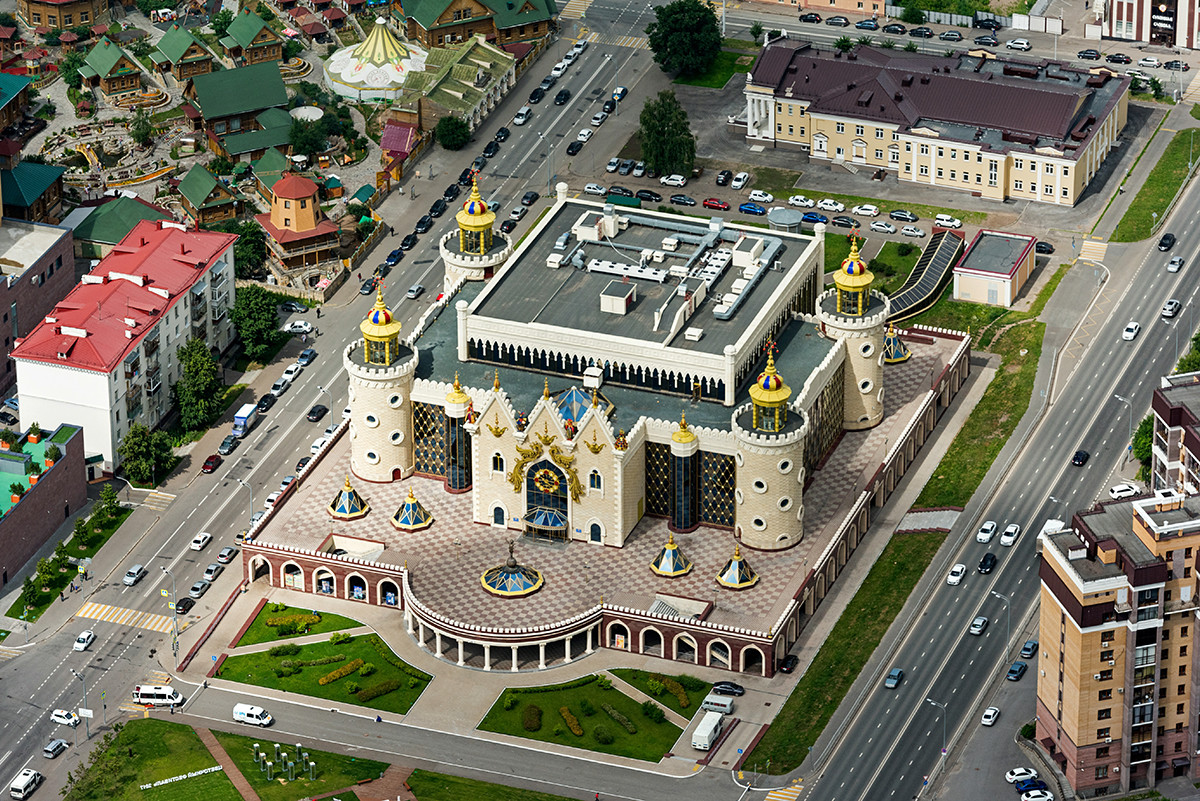 Fomin’s project has attracted other sponsors, while he’s even invested some of his own money and made thousands of photos, a few books as well as a highly popular movie that is currently being shown in Russia.

Each time, pre-flight preparations take much time. “I study the region and calculate my budget. I also research the possibility of flying over a certain region, try to remove administrative barriers and to enlist the support [of local authorities],” said Fomin. 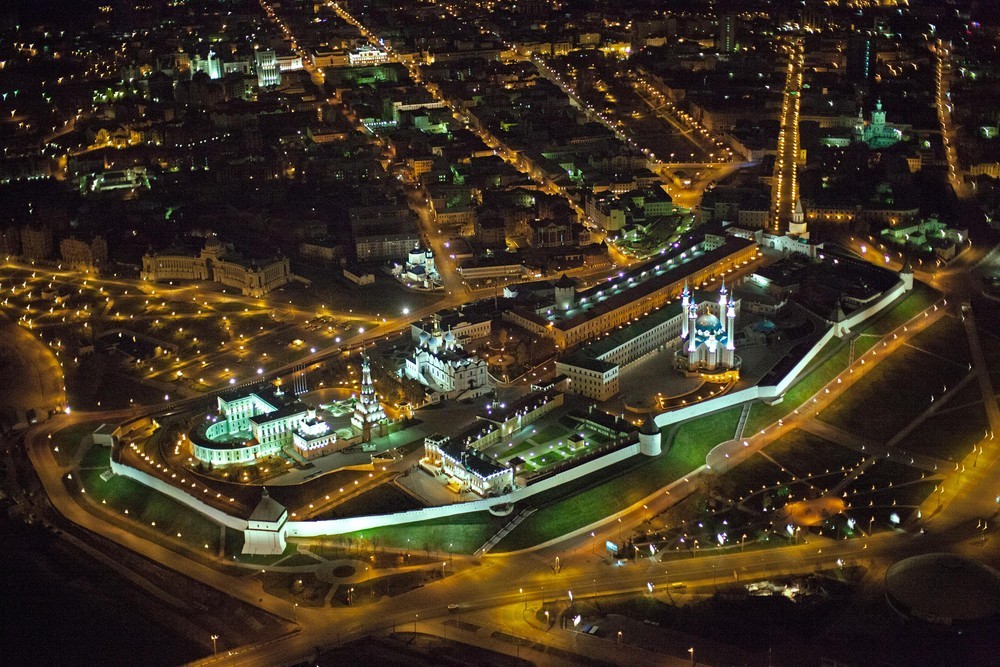 The budget of one photograph varies from region to region. Most of the money goes to fund the flights, yet, in the course of the project, Fomin acquired a lot of friends in the Russian aviation community who occasionally help him to cut expenses that would have otherwise been too expensive. 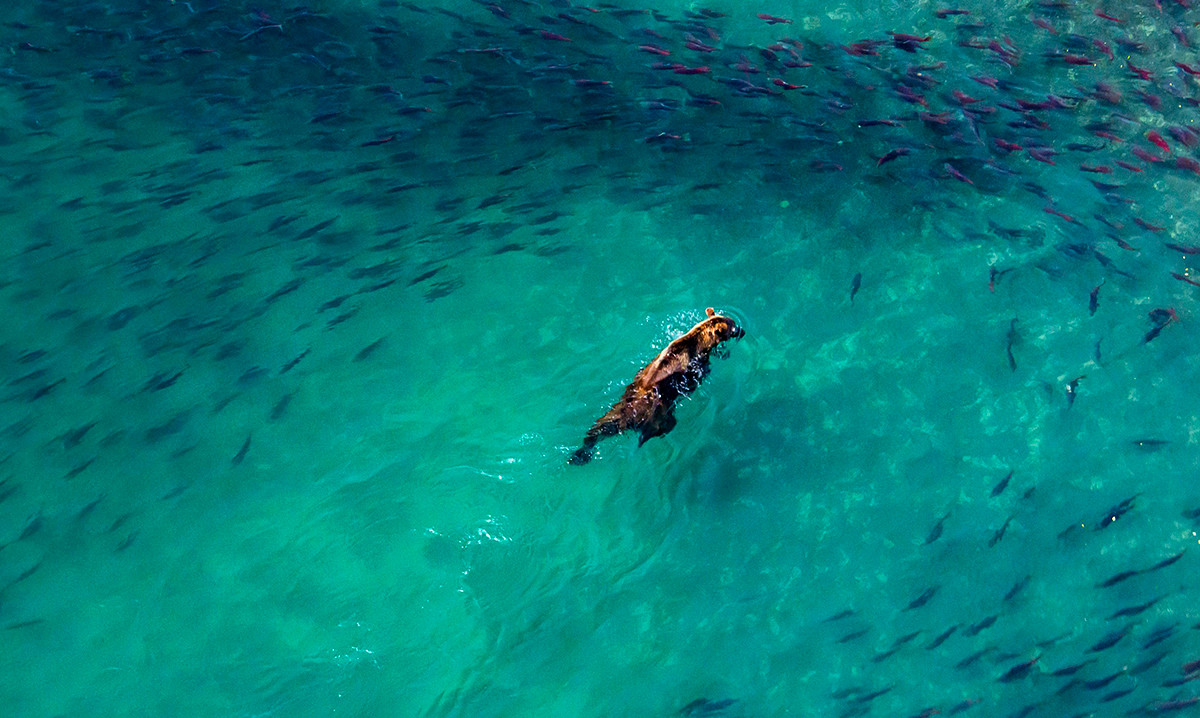 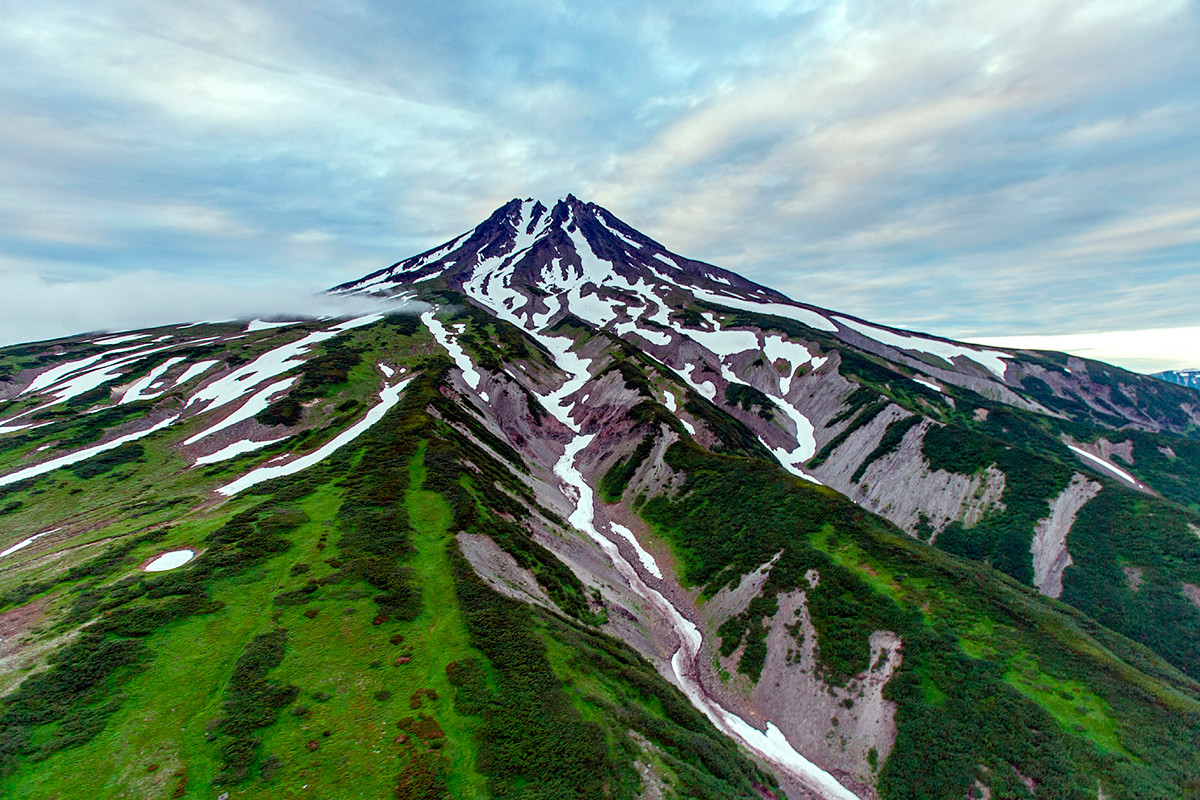 As helicopters provide the best opportunities for photographers, Fomin prefers photographing from helicopters over any other aerial vehicles. Oftentimes, however, a plane allows making photographs of similar quality way cheaper. 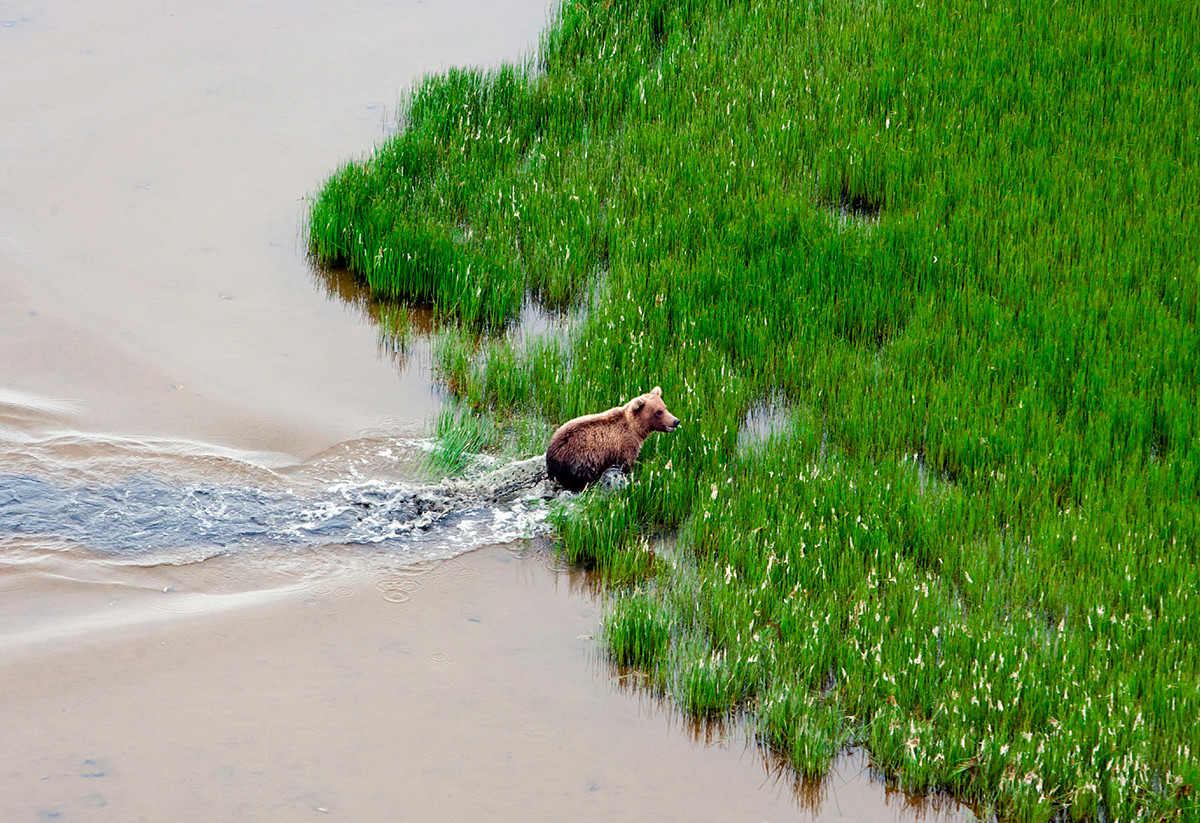 Although Fomin acknowledges the impact of drones on accessibility of aerial photography, he does not consider remote-controlled drones a viable alternative to his aerial photography as he takes pictures of places that are often inaccessible by anything but a plane or a helicopter. Also, the photographer says he can take on board much more advanced sets of lenses that cannot be attached to a compact drone. 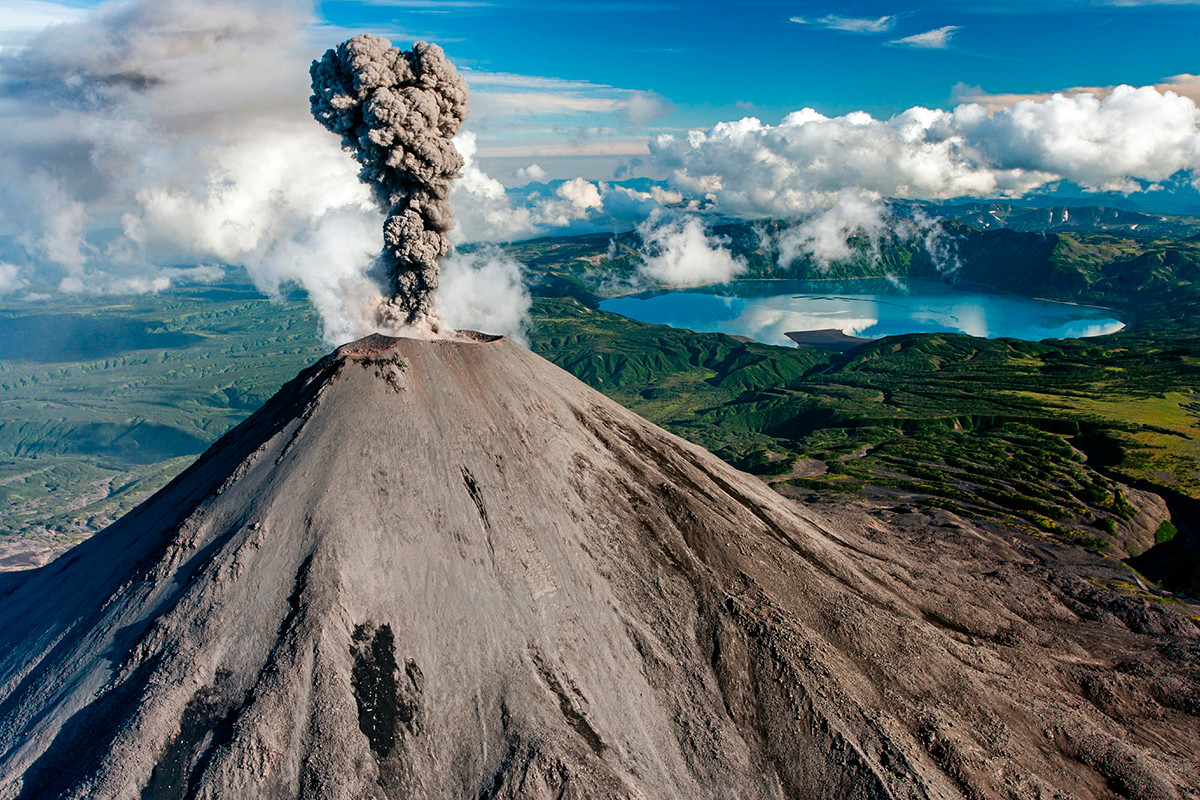 Sometimes, local authorities support the project by funding Fomin’s flights and provide him and his team accommodation. Others, however, stay deaf to Fomin’s requests to give permission to fly over certain areas to photograph them.

For Fomin, the toughest city to organize a photoshoot was Moscow. The photographer’s flight over the Russian capital that happened only once, in 2008, required the President’s involvement. 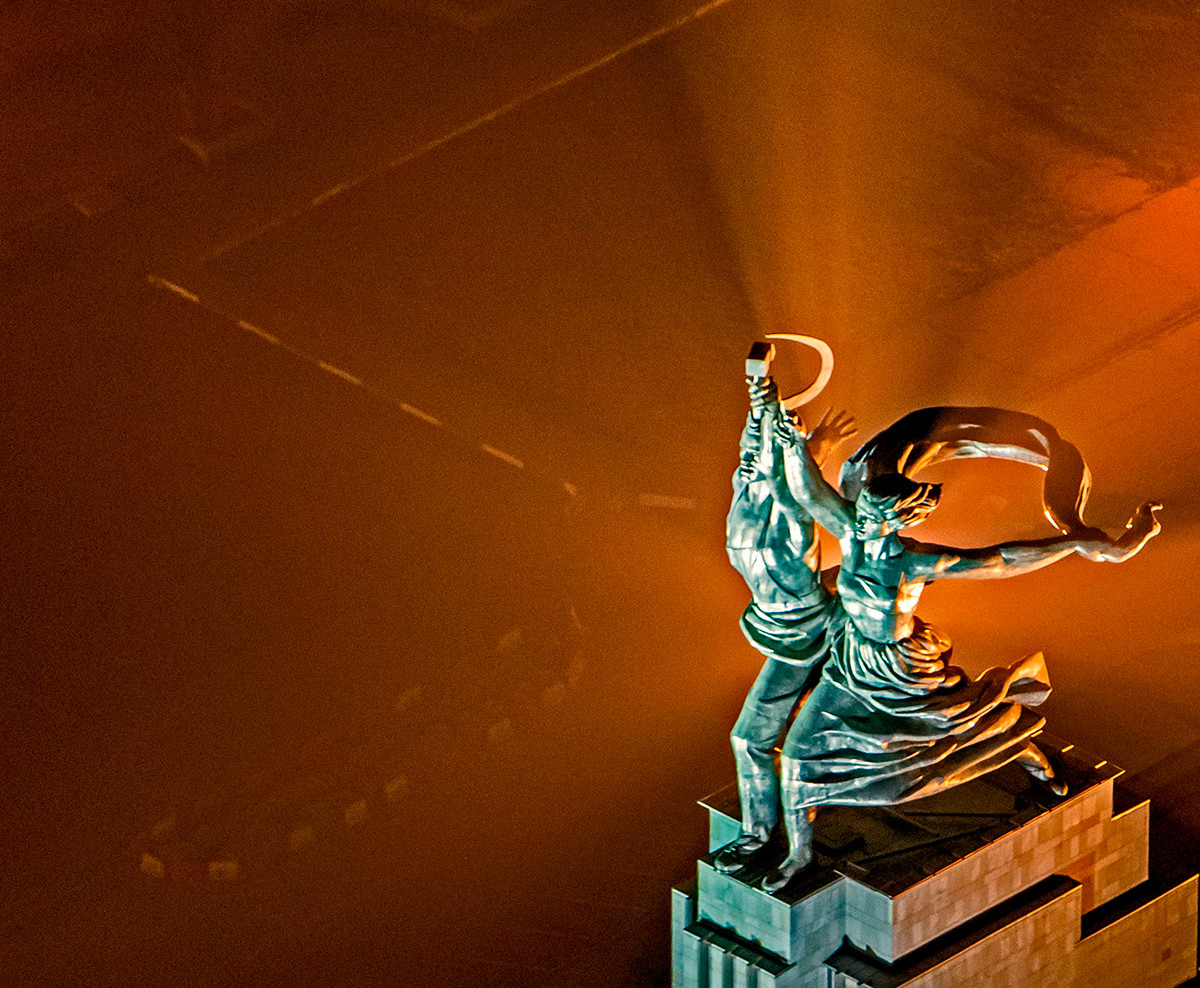 “[Dmitri] Medvedev was the President back then. By that time, I finished my first album that included some 50 regions of Russia and had some material to present. However, a book with photographs of Russia that did not include Moscow appeared to be a strange product for me. Therefore, I wrote a letter to the President, introducing myself and describing my project and asked for help to get permission to fly over Moscow. I sent it by mail without any administrative support. To my surprise, two months later, they called me and said I had the President’s permission.” 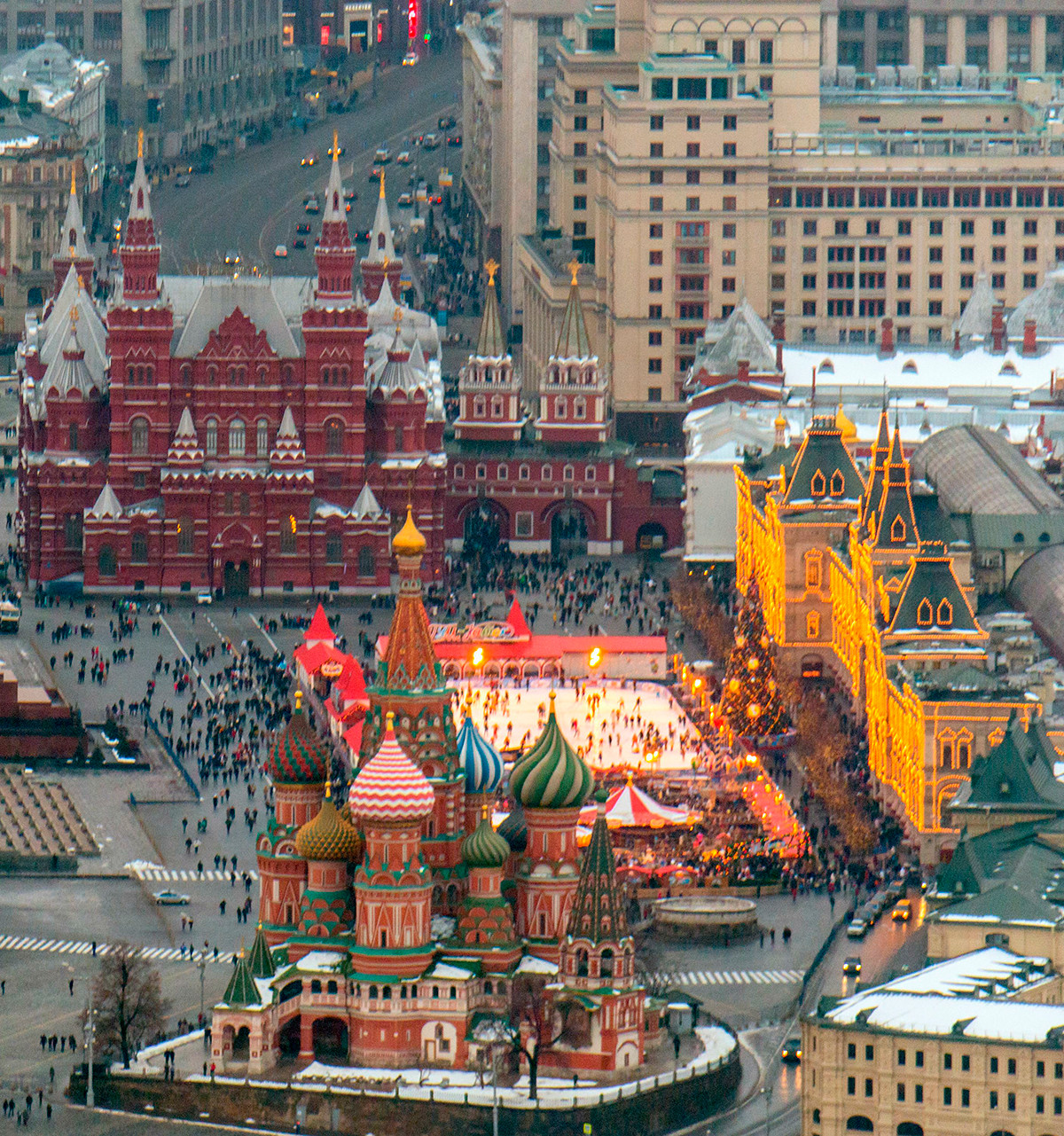 Fomin’s flight over Moscow involved the Special flight group called ‘Russia’ that is usually responsible for transporting the President and other high profile politicians, as well as countless other civil and military services whose responsibility it is to secure the skies over Moscow.

“The flight was planned down to the second and precise points. The flight plan was a 50-page thick document,” said Fomin.

Neither in 2008 nor after, Fomin wasn’t allowed to fly inside the Garden Ring in Moscow. 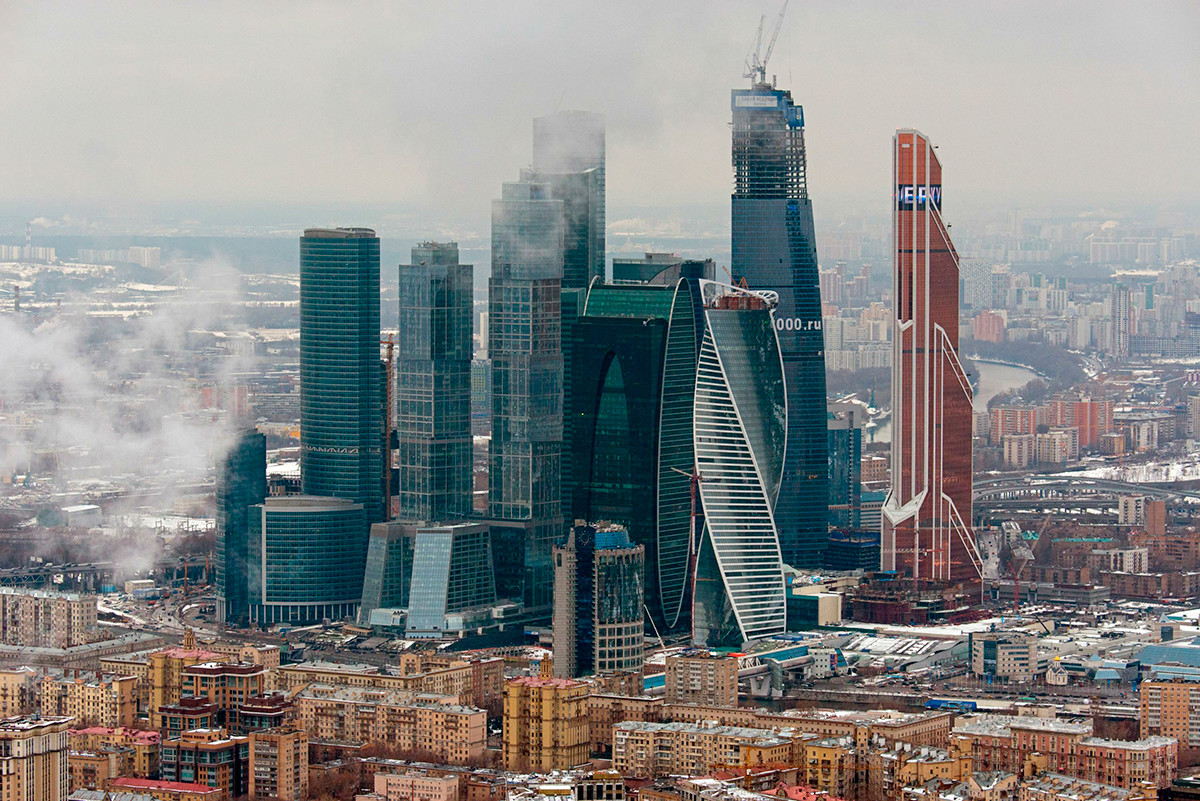 “Of course, modern optics allowed me to photograph the Kremlin, but I’d like to photograph it from precisely right angles and much closer while flying over it,” said Fomin, for whom it remains an unattained dream.

So far, Fomin has photographed 72 regions of Russia’s total 85. Fomin’s ultimate goal is to complete the project by photographing the remaining 13 regions, though the photographer has no illusions as to whether it would be possible in the near future.

“I want to bring the project to a formal conclusion by photographing all the remaining regions. But I also want to secure an opportunity to achieve a high quality of the photographs,” said Fomin. 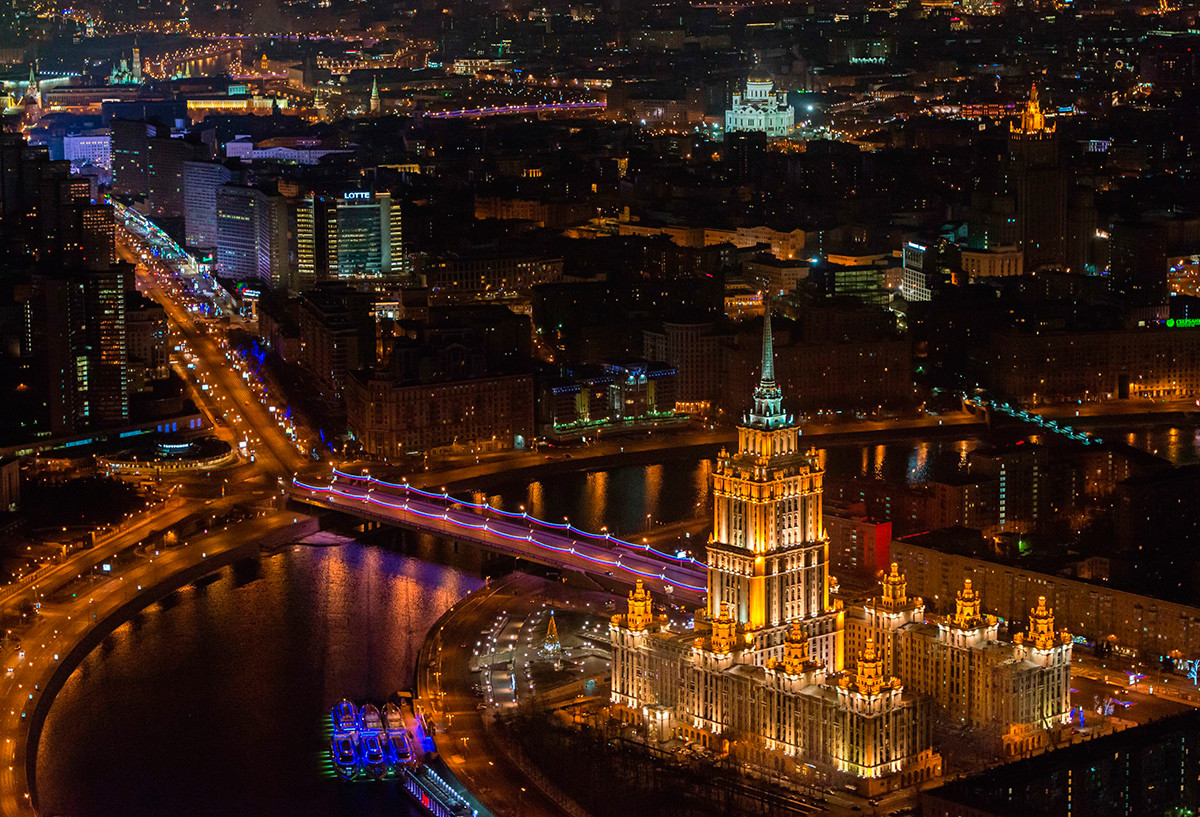 Some of the remaining regions are Bryansk and Tambov regions, Mordovia Republic, Penza Region, Udmurt Republic, Kaliningrad and the Jewish Autonomous Region, Primorsky Krai, and the Kuril Islands, Chechnya and North Ossetia.

Currently, Fomin’s photographs can be seen in Moscow in a unique format of a movie concert — titled Russia from Above — that combines movie scenes of Russia filmed from a bird’s eye view with live music by an accompanying symphony orchestra.