Travel
Russia Beyond
Photographers Oleg Zotov and Ida Ruchina went on an expedition to the land of the Chukchi people, deer, whales and stunning wildlife. Their photo project about Chukotka, to be shown at the Tretyakov Gallery, is a real epic saga.

Chukotka is a peninsula at world’s end — more specifically the easternmost point of Russia. Here in this harsh land lies the country’s northernmost town, Pevek, which is lashed by strong winds for most of the year. The local tundra is inhabited by indigenous peoples, including the Chukchi and Eskimos. The photos of Oleg and Ida reflect the fabulous natural beauty of the place, and show hardy people living in a pristine habitat. 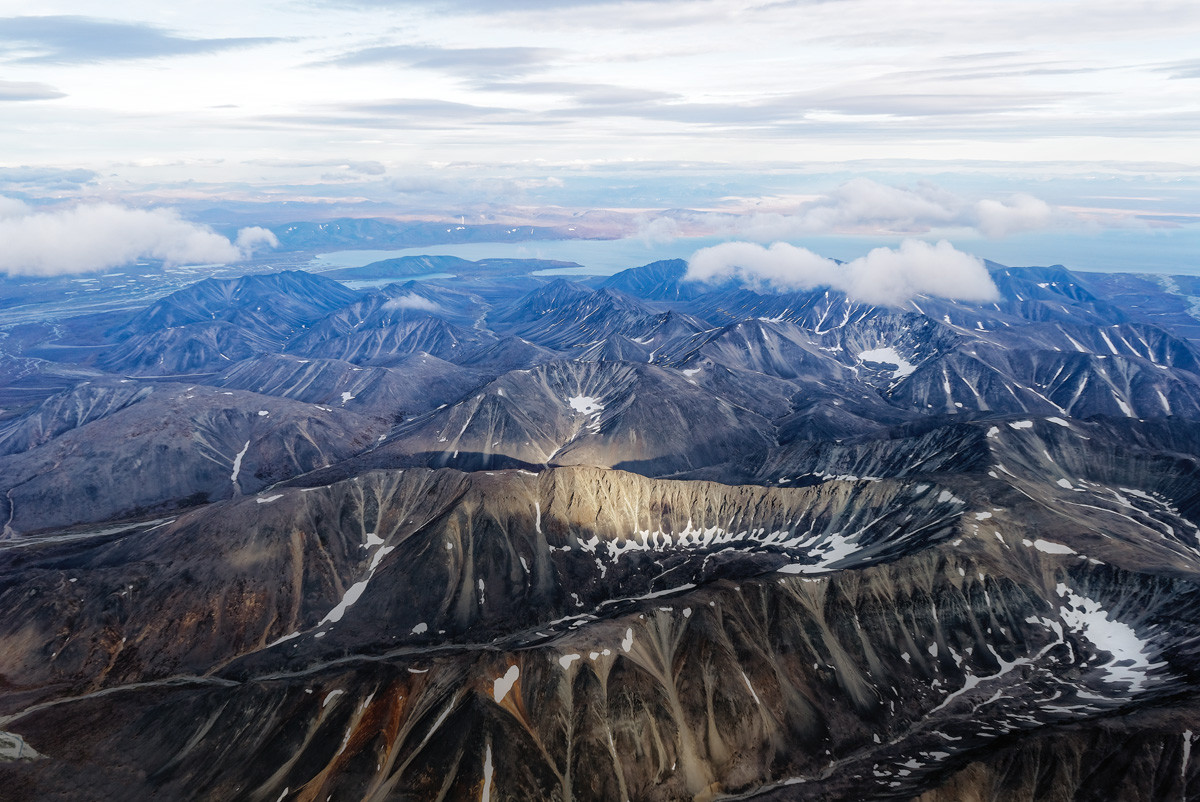 Chukotka is a land where eternity has frozen. The first Russian pioneers arrived here in the mid-17th century, but the local landscapes have changed little in since then.

2. Pride of the tundra 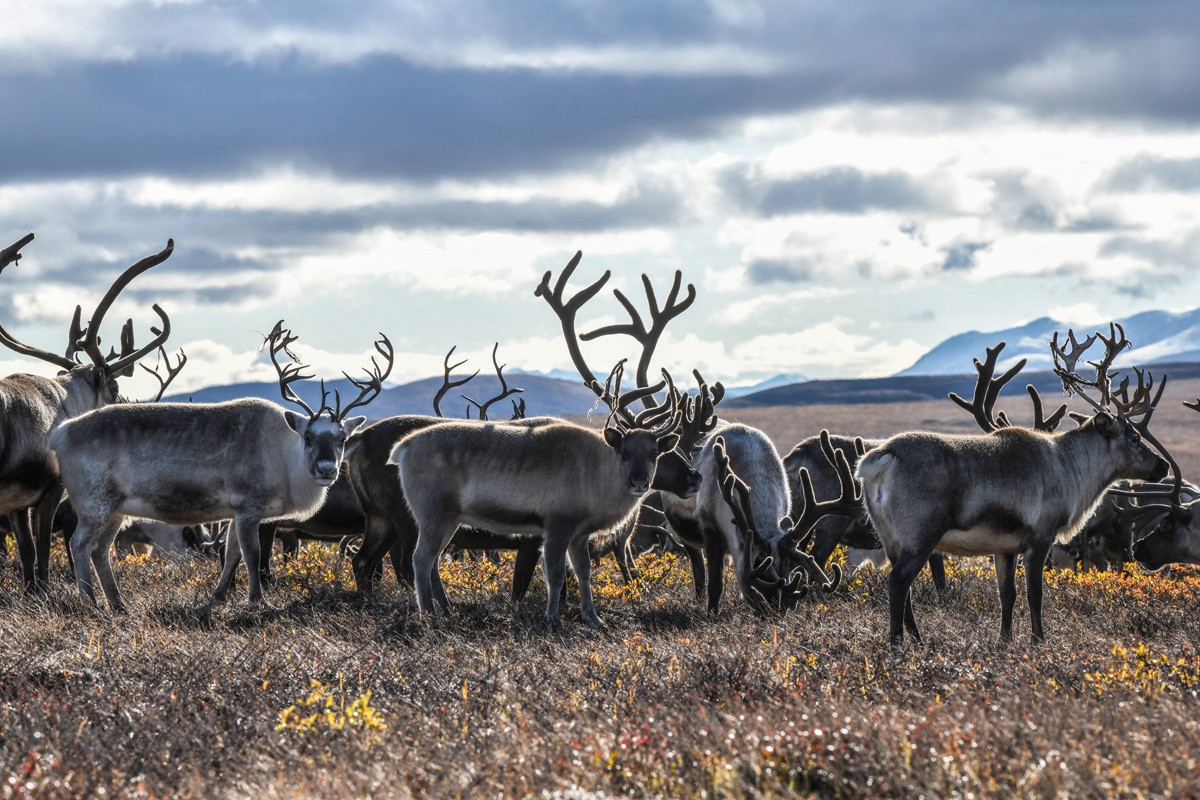 Domestic reindeer herding lies at the heart of the traditional way of life of the indigenous peoples of Chukotka. The population of Chukotka reindeer currently totals around 198,000.

3. Queen of the tundra 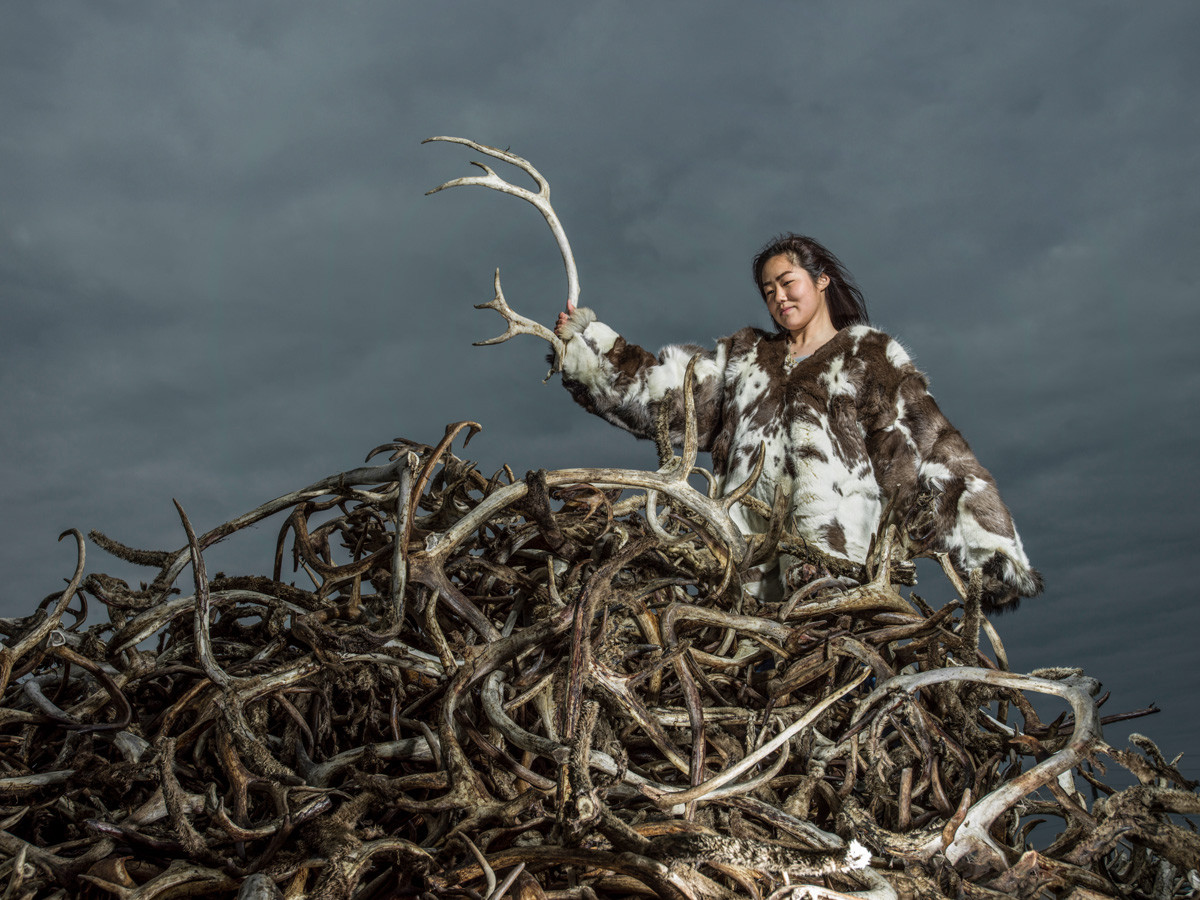 For local residents, reindeer are not just a means of transport, food and clothing — they are part of local folklore. The Chukchi have an entire holiday dedicated to the time when reindeer shed their antlers. These are collected and used for a variety of purposes, including souvenirs. 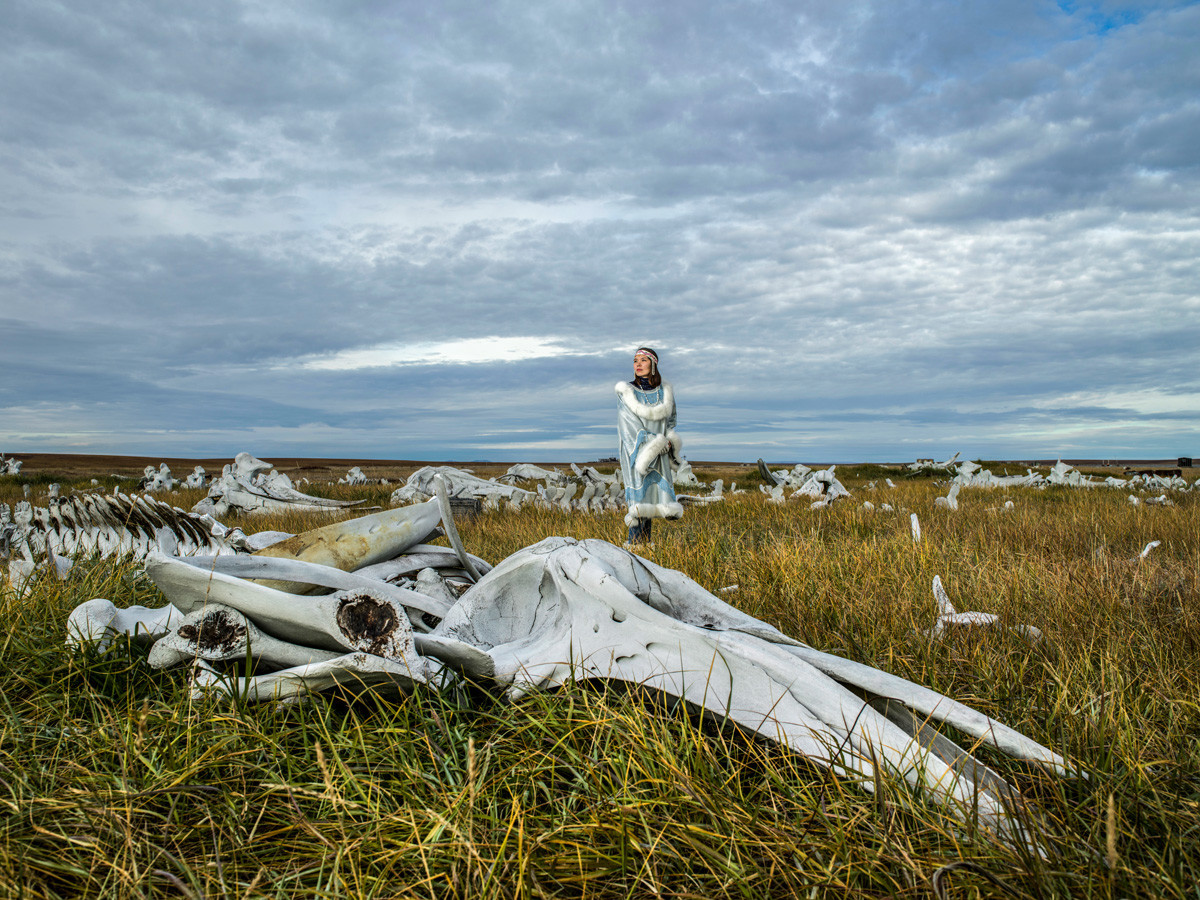 Trapping and whaling are two important historical local industries. Uelkal is an Eskimo village located on the shores of the Bering Sea, where a lot of whale bones remain. Local people made household items out of them. 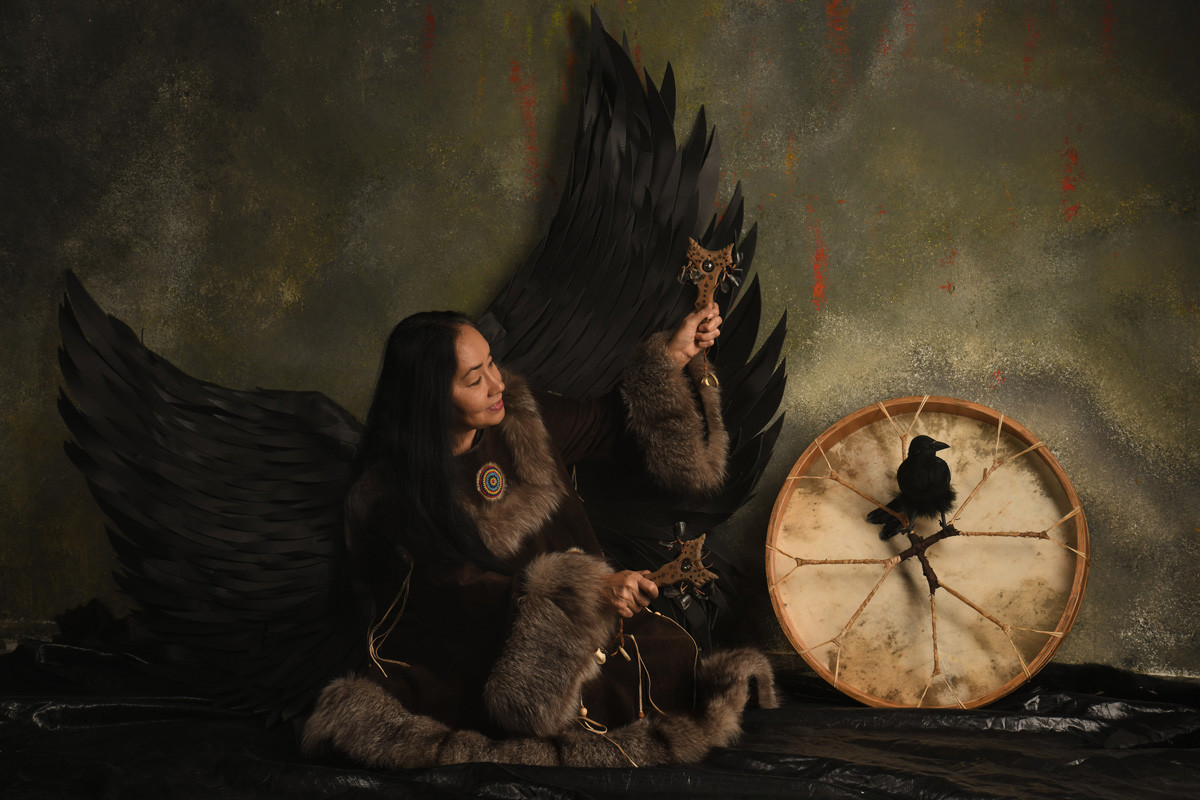 Traditional pagan culture and rituals are integral parts of the lives of indigenous peoples. By summoning the spirits of the tundra and the forces of nature, they pay homage to their ancestral land.

6. The hush of Lake Ravkelgygytgyn 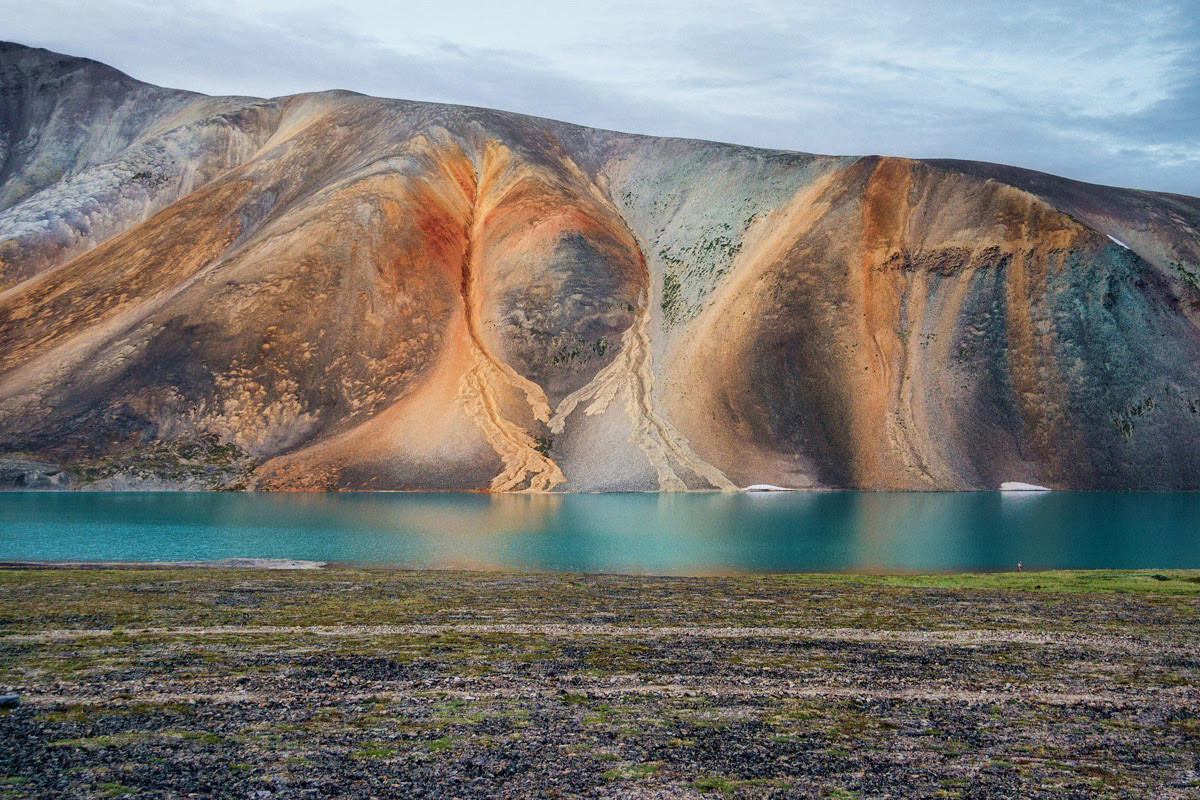 Tsvetok (Flower) Hill is one of the most picturesque in Chukotka, located above Lake Ravkergygytgyn (Chukchi for "transparent lake"). Its orange hue is the result of limonite (iron oxide) spills. 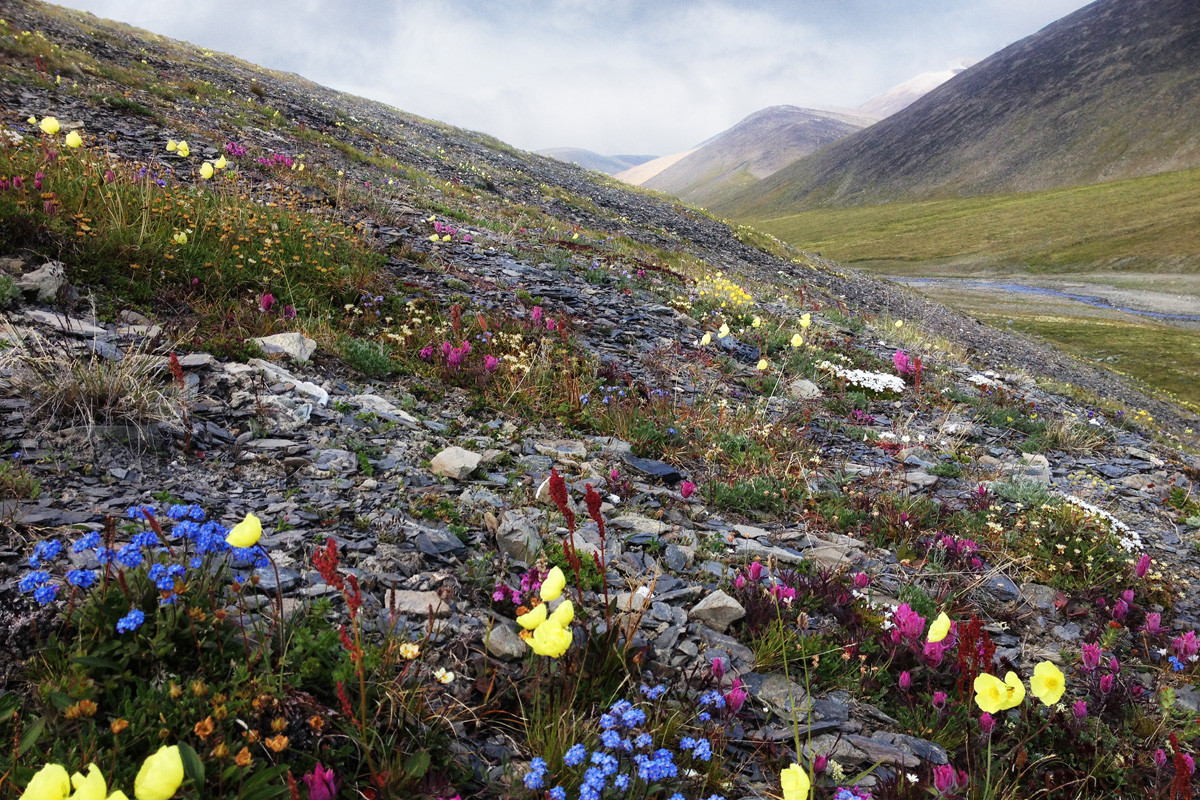 One of the most enigmatic and stunning places on the planet, Wrangel Island, was discovered 150 years ago by U.S. whaler Thomas Long. This Arctic nature reserve has its own unique flora and fauna. 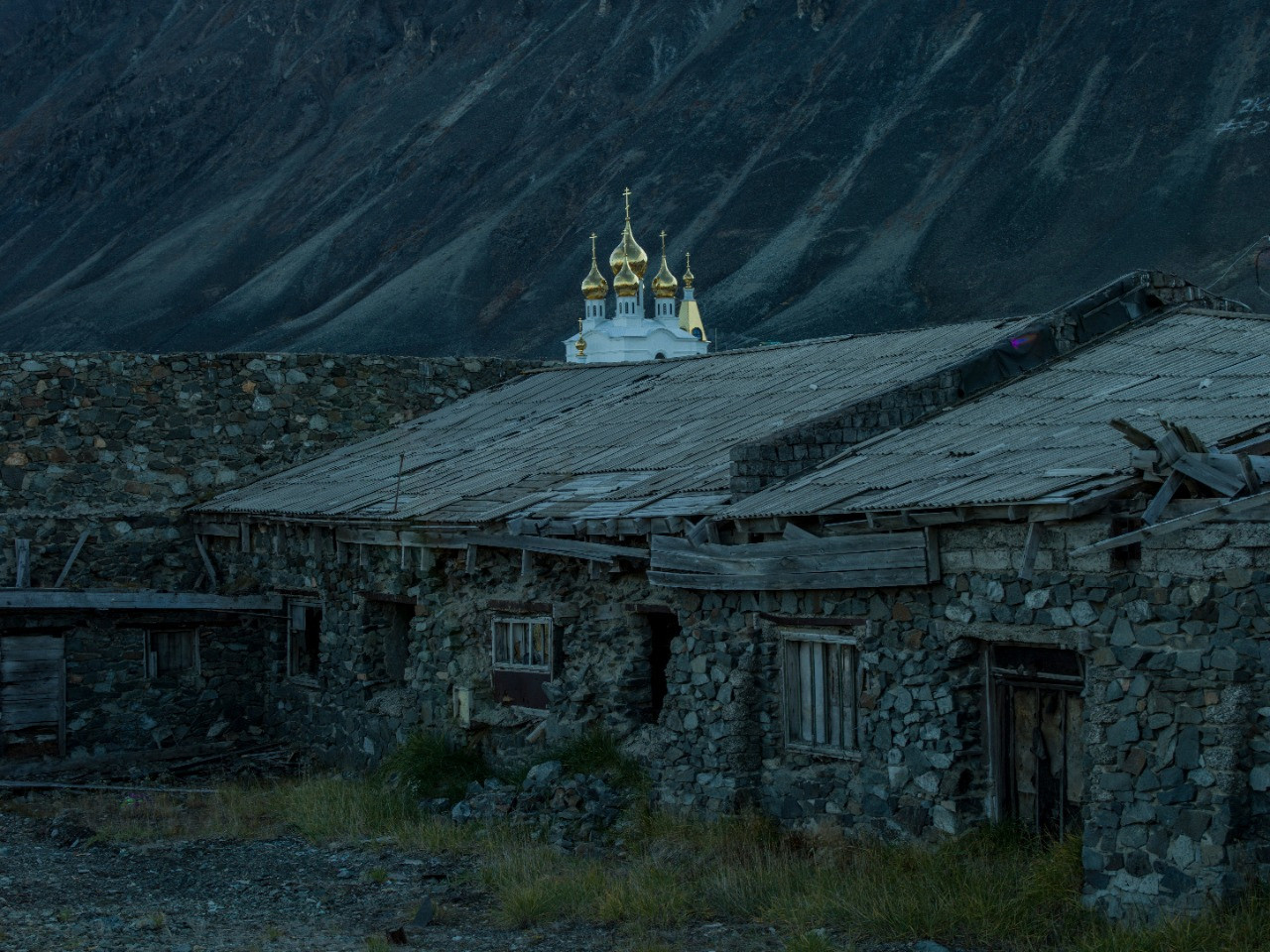 The Church of the Exaltation of the Holy Cross was built in the settlement of Egvekinot in 2016, and is the first stone church in Chukotka. 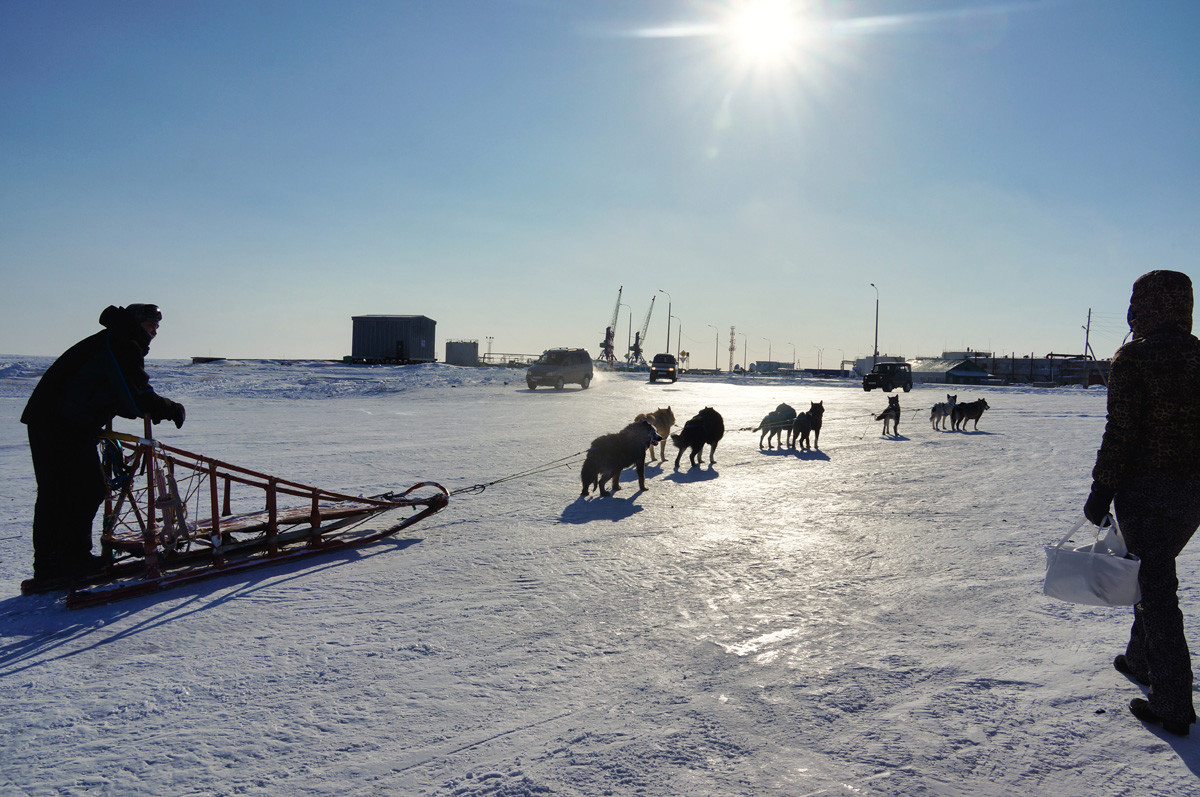 The Chukchi sled dog has been bred for more than 2,500 years, and still helps people today, both for traveling long distances and hunting. 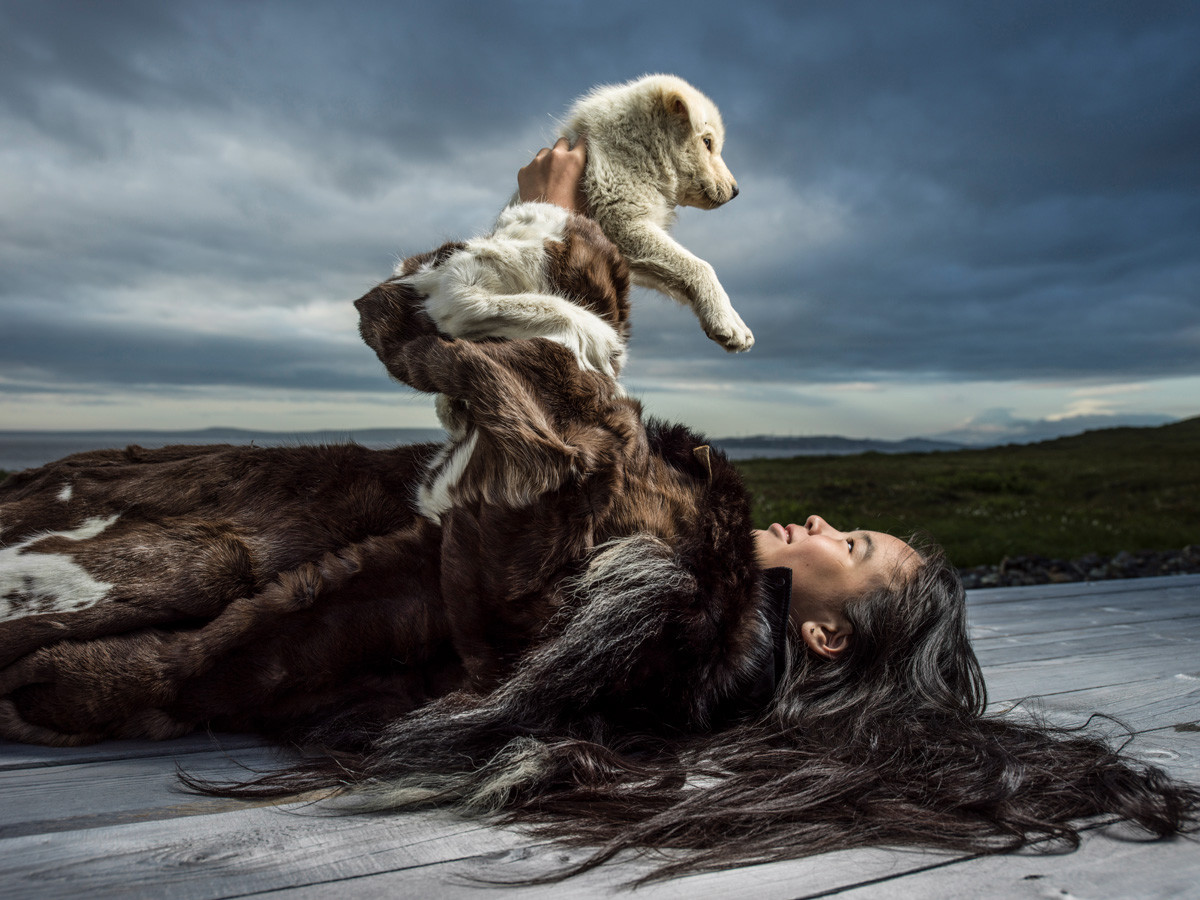 It’s important to determine the leader of the dog pack. Right from birth they are raised in a special way, since they must act as intermediaries between their owners and the other sled dogs, and navigate flawlessly in snow and darkness.

11. Capital of the Chukchi land 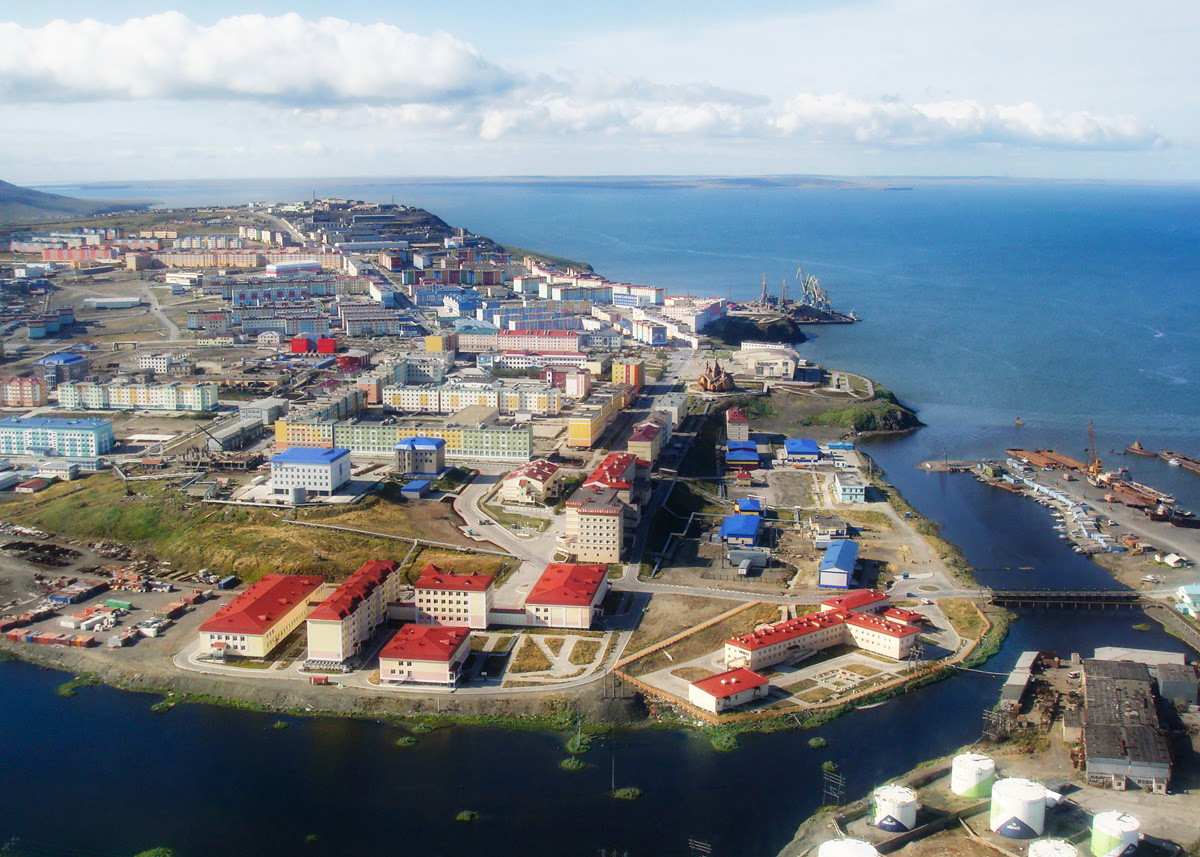 Founded in 1889, Anadyr in the 1950s began to develop as a sea port. In the 2000s, the town underwent a complete reconstruction based on modern antidepressant urban-planning strategies for polar settlements. 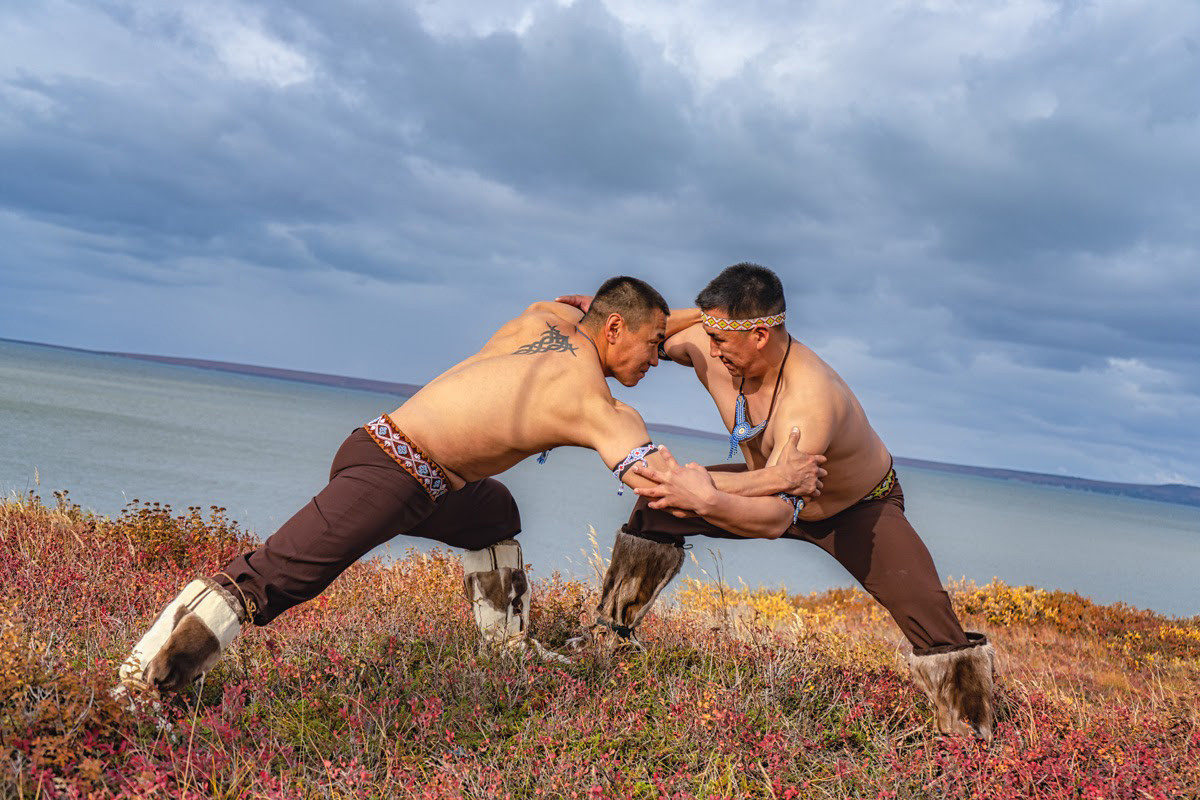 Teykev is the name given to traditional Chukchi wrestling, used as a way of resolving disputes. It is freestyle in form, and fighters go bare-chested whatever the weather. 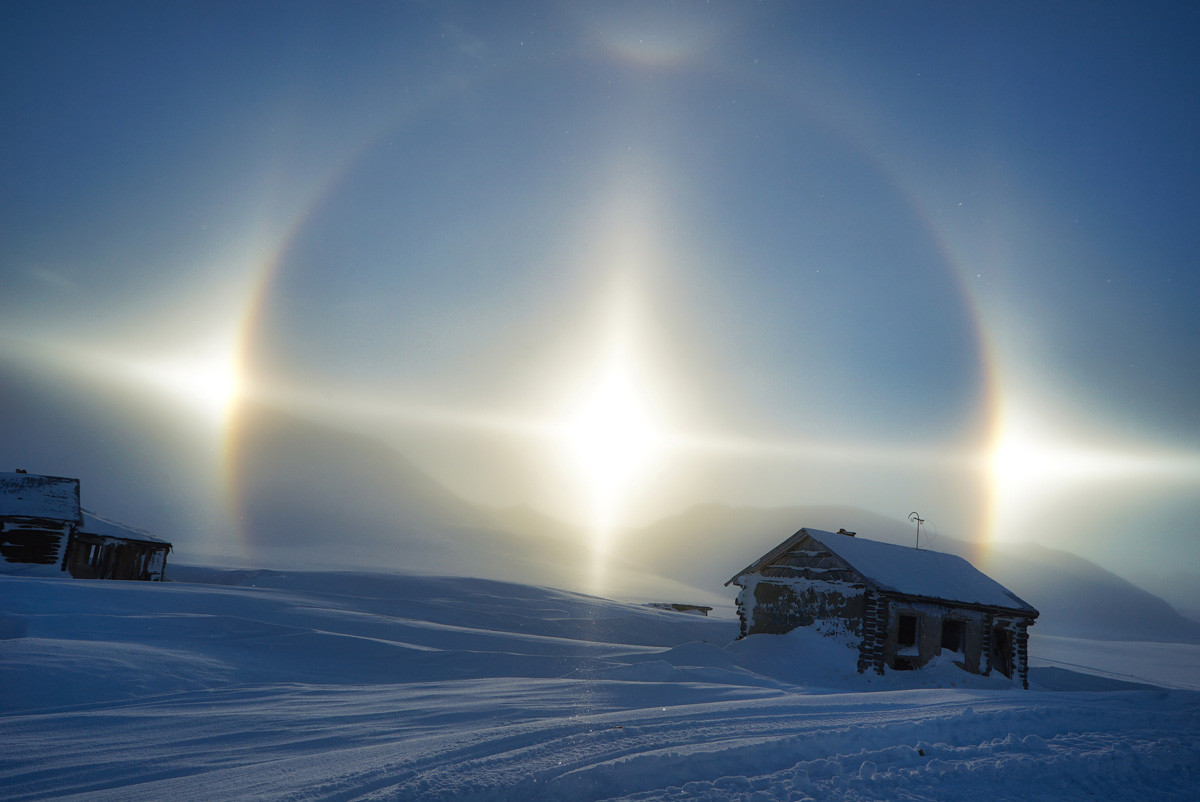 The solar halo is a unique and spectacular optical phenomenon. In the dazzling refracted sunlight, the photographers managed to capture four suns at once. 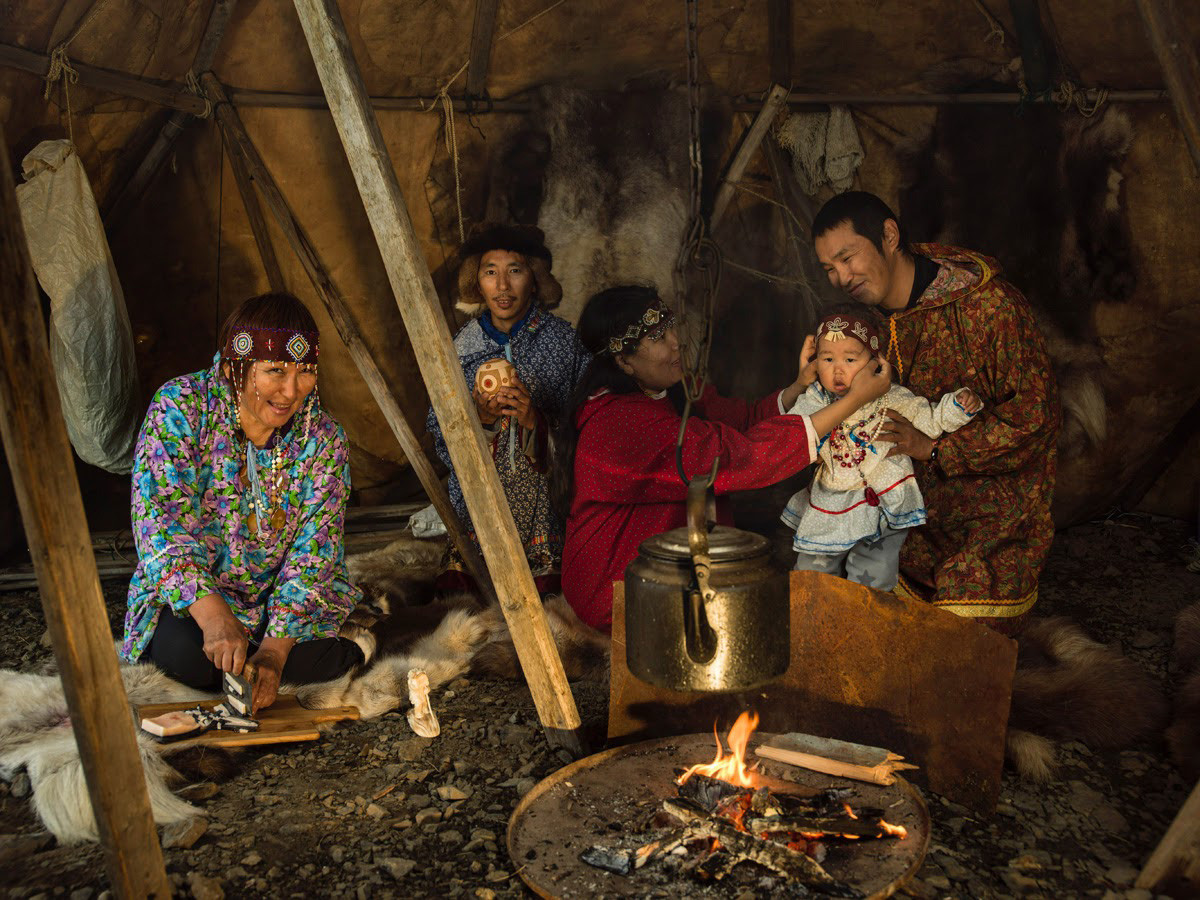 The hearth in the Chukchi home is a vital symbol of family life, happiness and warmth. Above the hearth is a hole through which, the Chukchi believe, their ancestors watch over them. The Vykvyragtyrgyrgy family carefully preserve their Chukchi language and culture to pass them down to their children.

If we mentally skewer the globe at the Prime Meridian in Greenwich, UK, the other end of the imaginary axis pokes out in Chukotka, near Egvekinot. Here, the 180th meridian intersects with the Arctic Circle, the only spot on dry land traversed by the International Date Line, which marks the start of the new day not only for Russia but the world.