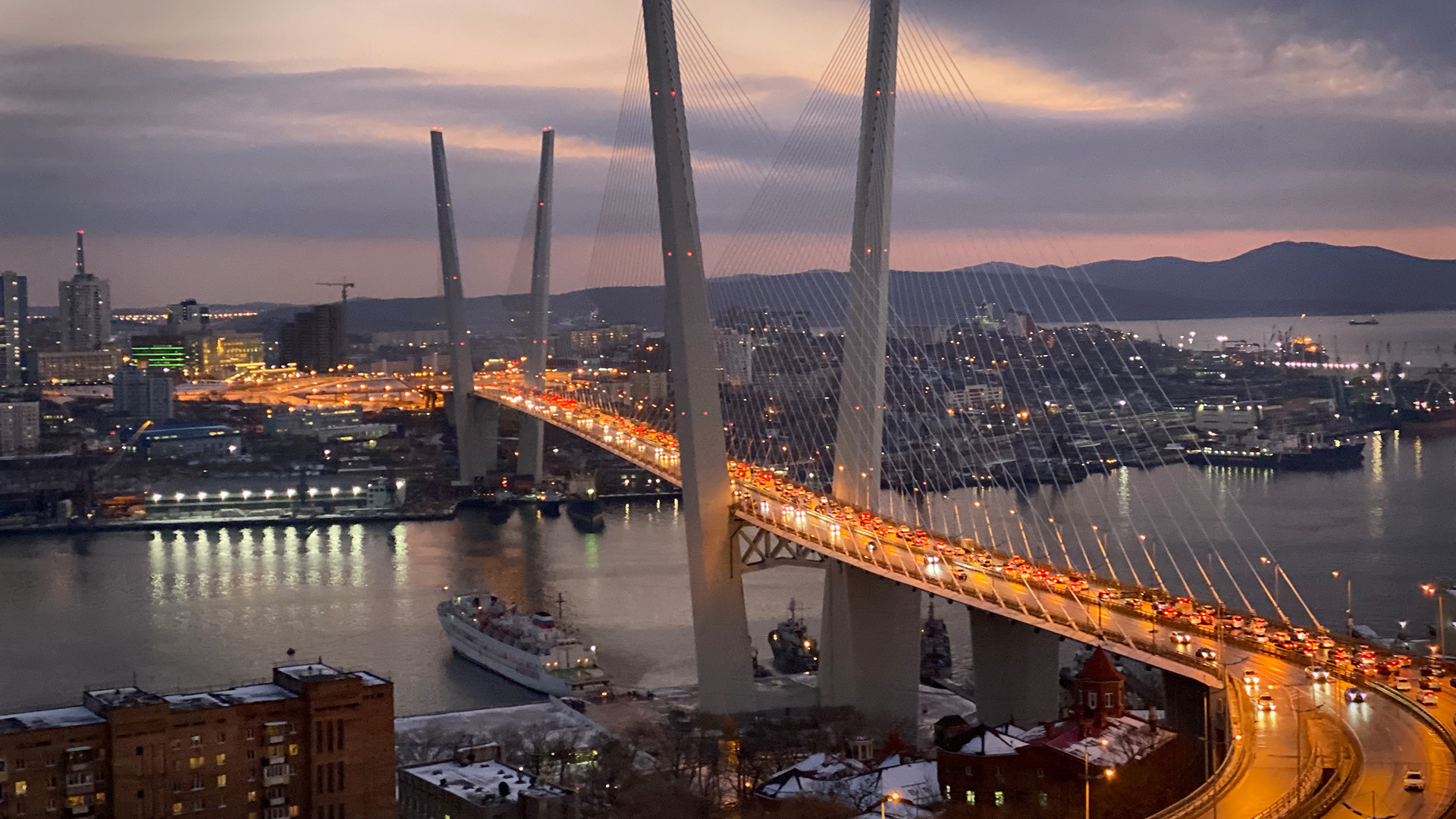 Getty Images
A former long-term resident of the Russian Far East delves into the soul of the city that is, at times, called the country’s San Francisco.

As soon as the Antonov An-24 twin turboprop aircraft I was in landed in Vladivostok on a spring evening in 2003, the cabin crew asked all passengers to keep their passports ready for a check by a local police officer. Although this was a domestic flight from Sakhalin Island, the airport police strictly followed protocol that was a relic of the bygone Soviet days, when the city by virtue of being the headquarters of the Pacific Fleet, was closed off to foreigners. An old obsession with secrecy and security persisted in those days. 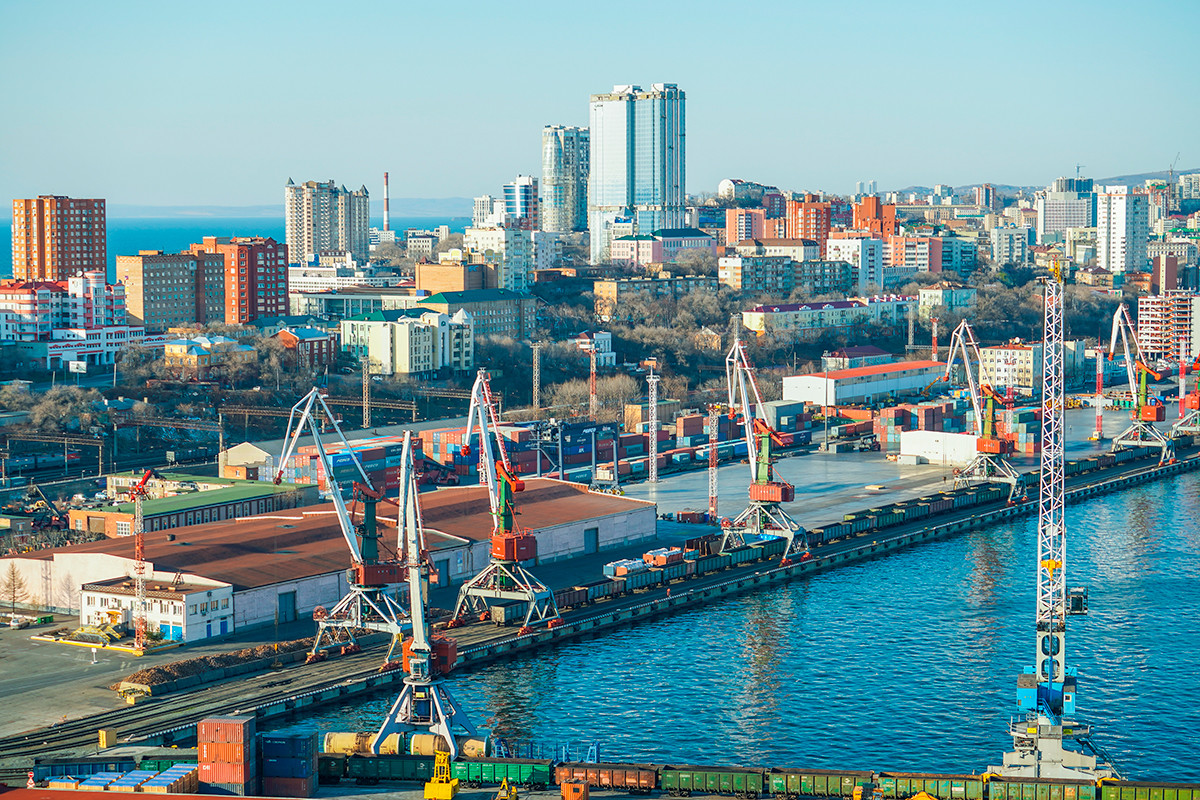 Just at that time when the city was opening itself to outsiders, it felt rundown, despite maintaining a peculiar charm in many parts. With its hills offering stunning views of the Pacific Ocean, almost-daily fog and trams (now mostly gone), some optimistic locals proudly called it Russia’s ‘San Francisco’.  Make no mistake; the city was in many ways rough, although American writer Paul Theroux overdid it in his descriptions in Ghost Train to the Eastern Star. Being a visible foreigner in the city in the early 2000s was akin to being a red elephant! It was never easy dealing with second looks and stares at that time. However, over a dozen trips later in the span of 16 years, I have seen the city evolve and form an altogether new identity.

Vladivostok is very different to what it was in 2003. For starters, its infrastructure has improved by leaps and bounds and it is now one of the most open and welcoming cities in the country. The city was one of the first places in Russia to offer an e-visa for a short visit. With the immense changes, including two new suspension bridges that are the pride of the Russian Far East, some yearn for the good old days, while others live it up like there’s no tomorrow, but most people see the changes and life in Vladivostok in a lighter and more humorous vein. 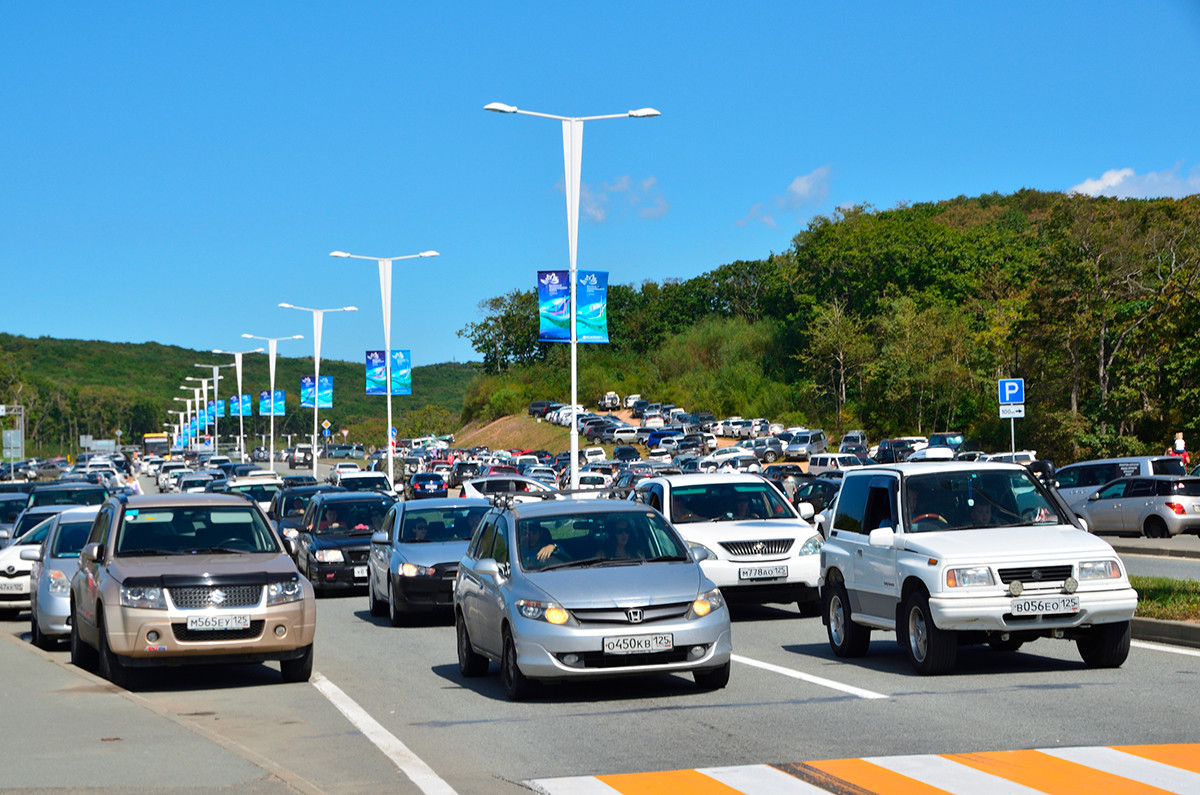 Every year, on July 2, when the city celebrates its foundation day, a semi-serious forwarded message does the rounds on WhatsApp and Viber describing life in the city through a local point of view.

The first point in that forwarded message is that the city has more Japanese cars than any other city in Russia. This is not an exaggeration. In fact, there’s a special market on the outskirts of the city called Zelyonka or Zelyoni ugol (“Green Corner”), where various models of Japanese cars and jeeps are for sale. What’s more, these cars are right hand drive, in a country where the norm is left hand drive! The message mentions that Vladivostok residents know their Japanese brands and their technical features to perfection. Toyota Landcruisers are the off-roader of choice for those who drive into the wilds of Primorye (the province where Vladivostok is located). “Everything we have in the city is from China, but not the cars; they’re from Japan,” the message says.

The only thing Vladivostok hates more than domestically manufactured cars is public transport. Of course, the days of people travelling ticketless on the suburban trains or electrichkas are long gone. Tramlines and trolley buses are making way for wider roads and more traffic and there is talk of a new motorway along the seashore! Thankfully though, the city’s funicular railway remains loved by ordinary residents and authorities alike.

Capricious weather and the sea 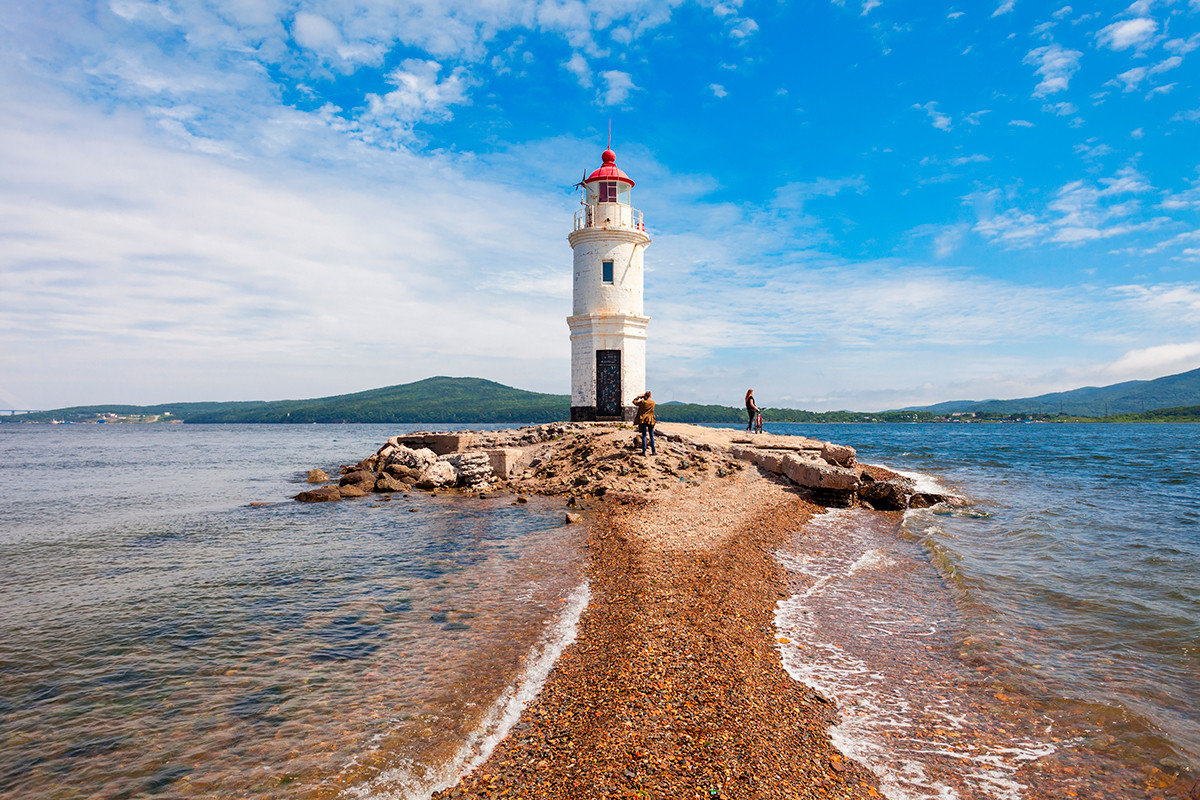 “All inhabitants both hate and insanely love the climate at the same time,” says the forwarded message. Unlike other parts of the Russian Far East, Vladivostok does not get a lot of snowfall, but don’t let that fool you into thinking the climate is mild. Even on the hottest day in the city, you can get slapped across the face by a bone-chilling breeze. Now, just imagine this same breeze in December! Vladivostok residents though, take the weather in its stride and see it in a more humorous light.

Here’s another gem: “You can sunbathe on the beach under the warm sun, get drenched by torrential rain and not have enough time to run to the car before the sun comes out again.” The weather, even for Russian standards, is unpredictable. Local friends of mine, however, swear by the city’s beloved tuman (“fog”). The fog can play spoilsport for many a yacht trip to the outer islands, but there are those who simply cannot wake up in the morning, if the day is clear and sunny! 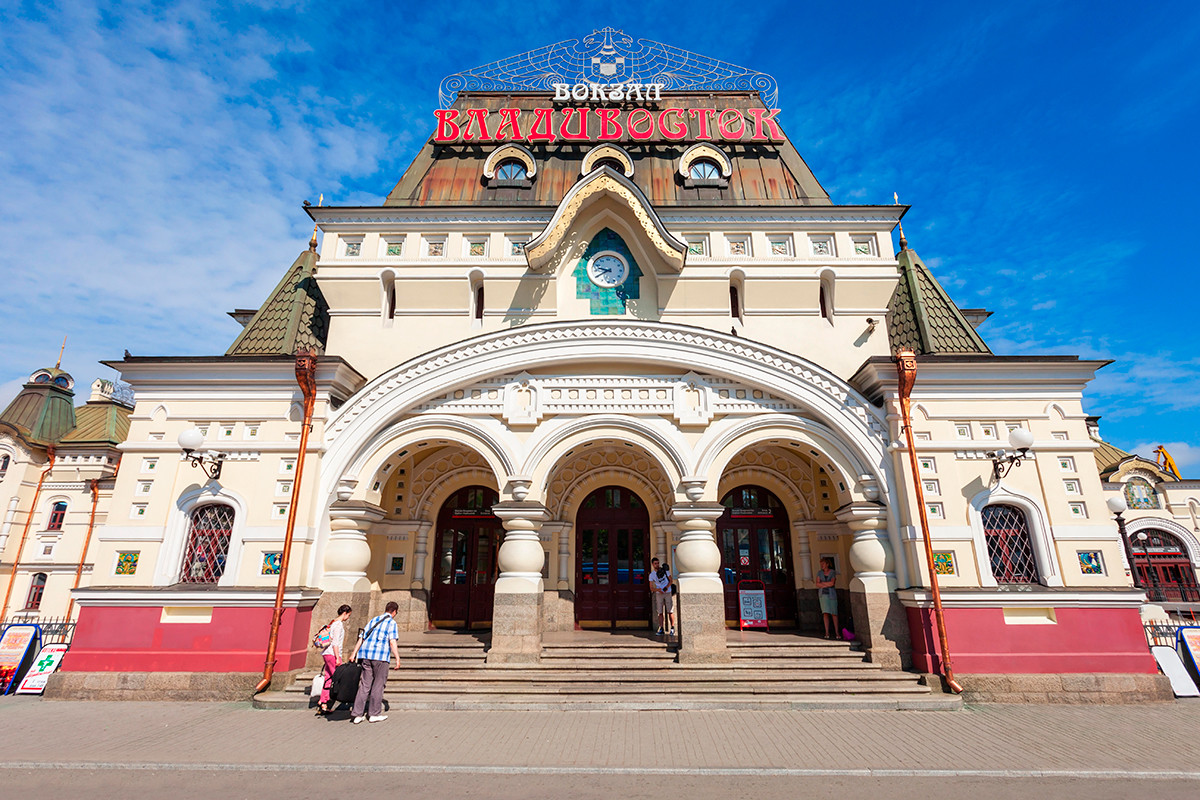 One of the city’s most famous inhabitants is a man in his early 50s, who is spotted every morning near the Amur Bay. Even on a cold winter day, he follows his daily ritual of sunbathing. In the summer, he also dives into the bay. Evgeny Moskalev is an object of attention and one-man tourist attraction, who has earned two nicknames: the “man in a thong” and Lastockha (“a swallow”). The message says: “Some unknown man has been standing in one place for more than nine years and doing nothing.”

Vladivostokers also have what outsiders would consider a strange relationship with the sea. When a friend of mine moved to the city from Moscow, he wanted an apartment with a sea view and this apparently surprised his real estate agent! “The sea is everywhere, all you need to do is step out… Why do you want to see the sea from home?” the agent asked him! The message pokes fun at the strange relationship the city has with the sea. “Many people live their entire lives by the sea, but cannot swim and do not even go to the beach.”

High cost of living and China 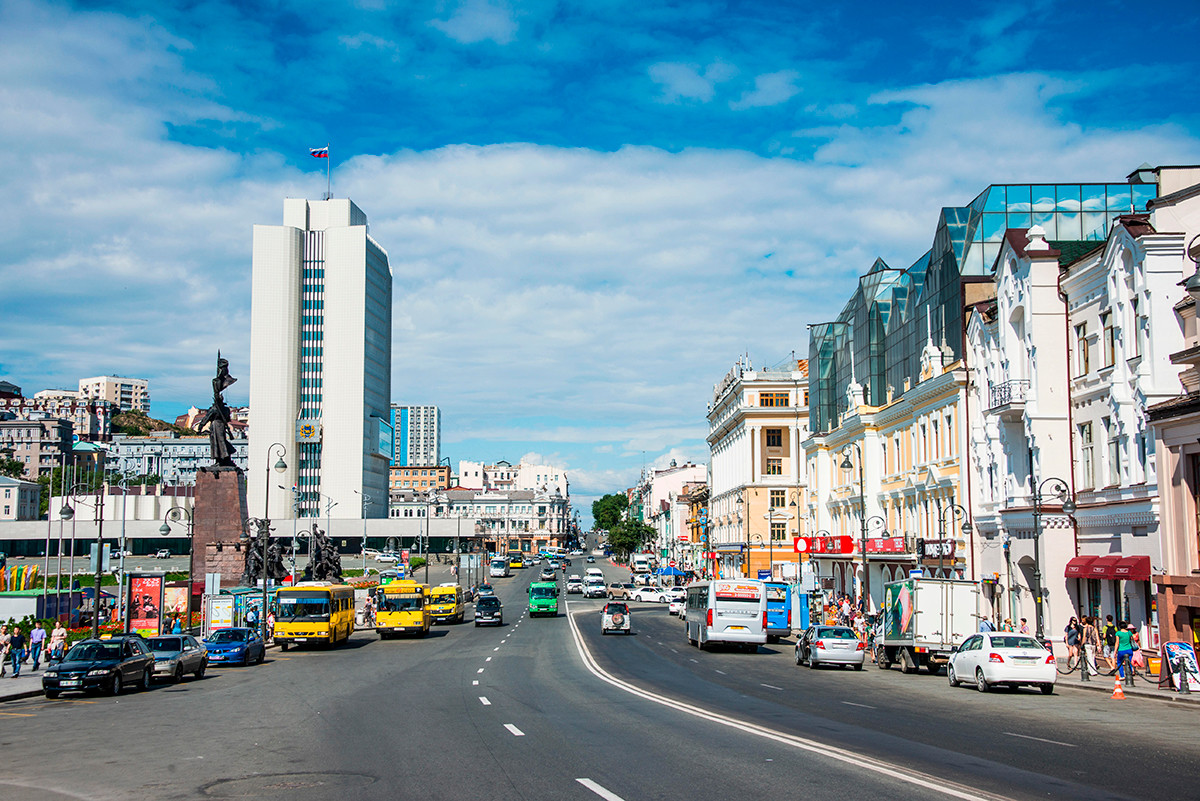 Vladivostokers insist that the city has the highest property prices in Russia after Moscow and St. Petersburg, adding that a studio apartment in the city is more expensive than a villa in Thailand. The low salaries and high cost of living also find their way to the annually forwarded and updated message: “The average salary is 20,000 rubles a month (approx. $275) and the average cost of a car on the roads is 500,000 rubles (approx. $6700).”

Yet, the city’s fine dining restaurants in the center and in its yacht club always seem to be full of well-dressed youngsters.  Addressing this phenomenon, the message says, “Half of the young people do not work anywhere and do not study. How they live so well – remains a mystery.”

Chinese products are literally everywhere in the city, from gadgets to fruits and vegetables. The parallels between the city and China have changed over the last few years, as the latter continues to become richer. “Most business activity is tied to China and almost everyone has been to China several times,” the message adds. The ruble’s devaluation in 2014 also led to a large increase in Chinese tourists to the city. “We used to go on cheap vacations to China, but now the Chinese come here for a cheap holiday.” 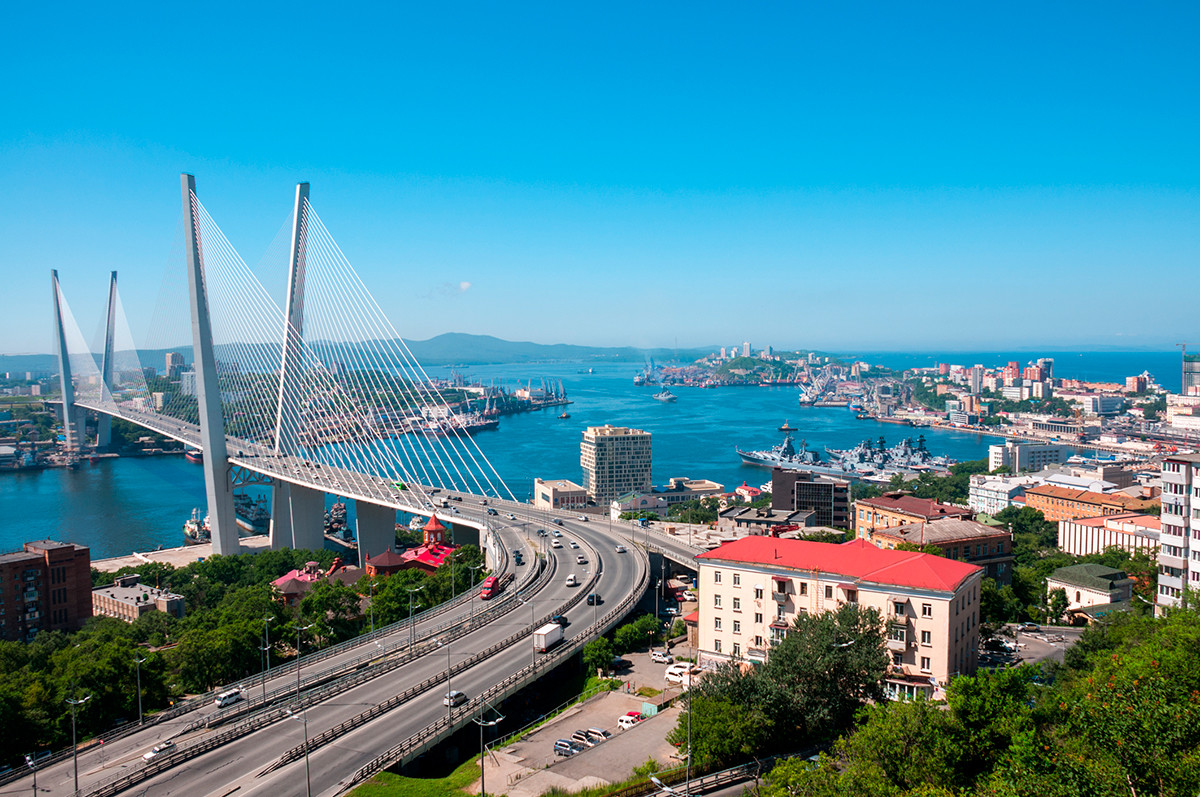 Vladivostok residents take great pride in the fact that there is an annual summer migration of people from Khabarovsk to their beaches. The visitors also love the two suspension bridges that have become landmarks of Vladivostok. But here’s what the locals think, according to the message: “People, for some reason, have been photographing two bridges for nine years without end.”

So, what surprises me, a regular (pre-pandemic era) visitor to Vladivostok, the most? The average person’s attitude towards the great Russian rock band ‘Mumiy Troll’. The annually forwarded message is not complete without this one line: “Mumiy Troll is overrated!” For many fans of Russian rock, this statement would be considered sacrilege!