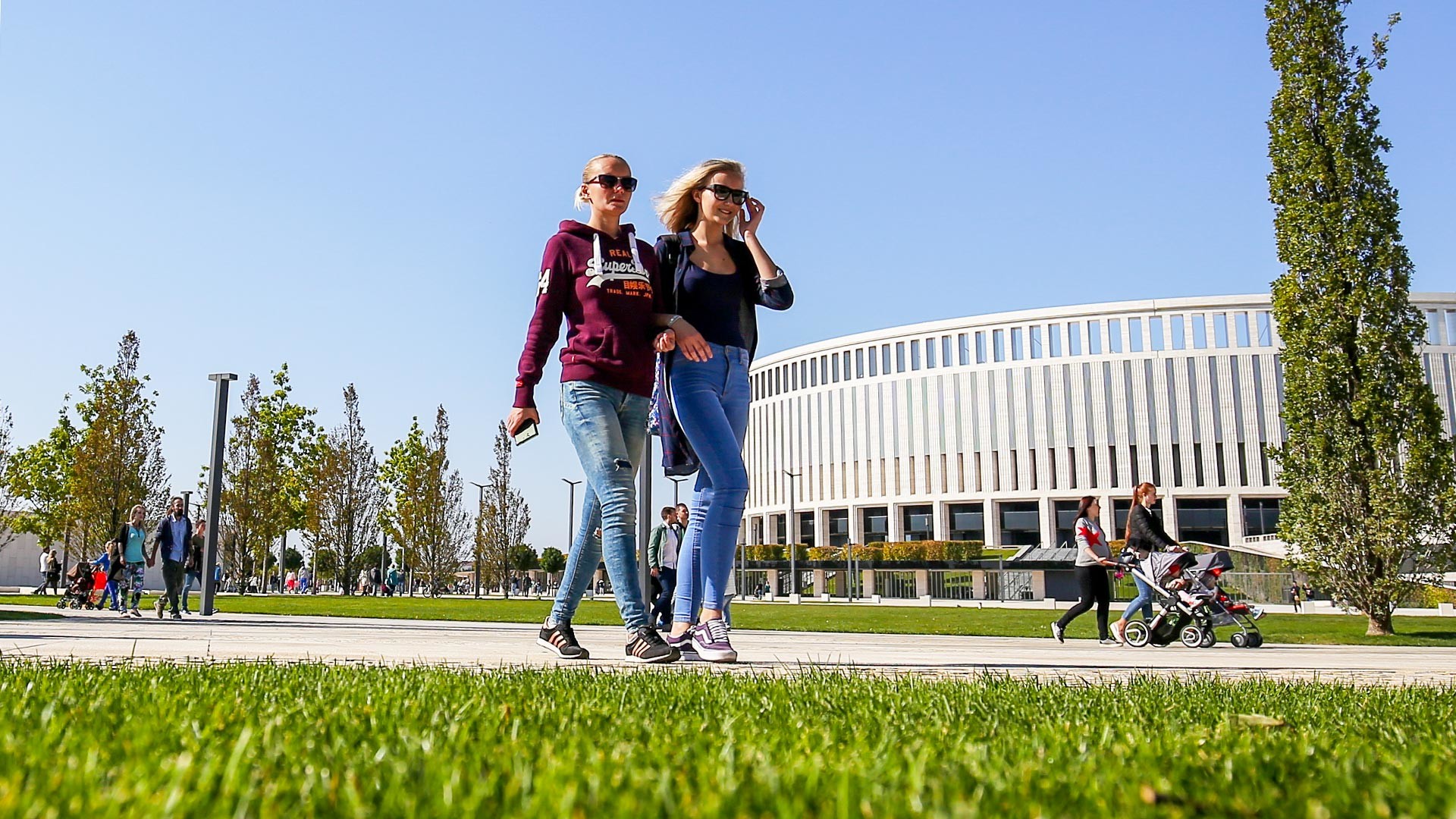 Visitors at the Krasnodar Park.

Vitaly Timkiv/Sputnik
When people in these cities want to enjoy nature or even climb a mountain, all they have to do is go to a local park. 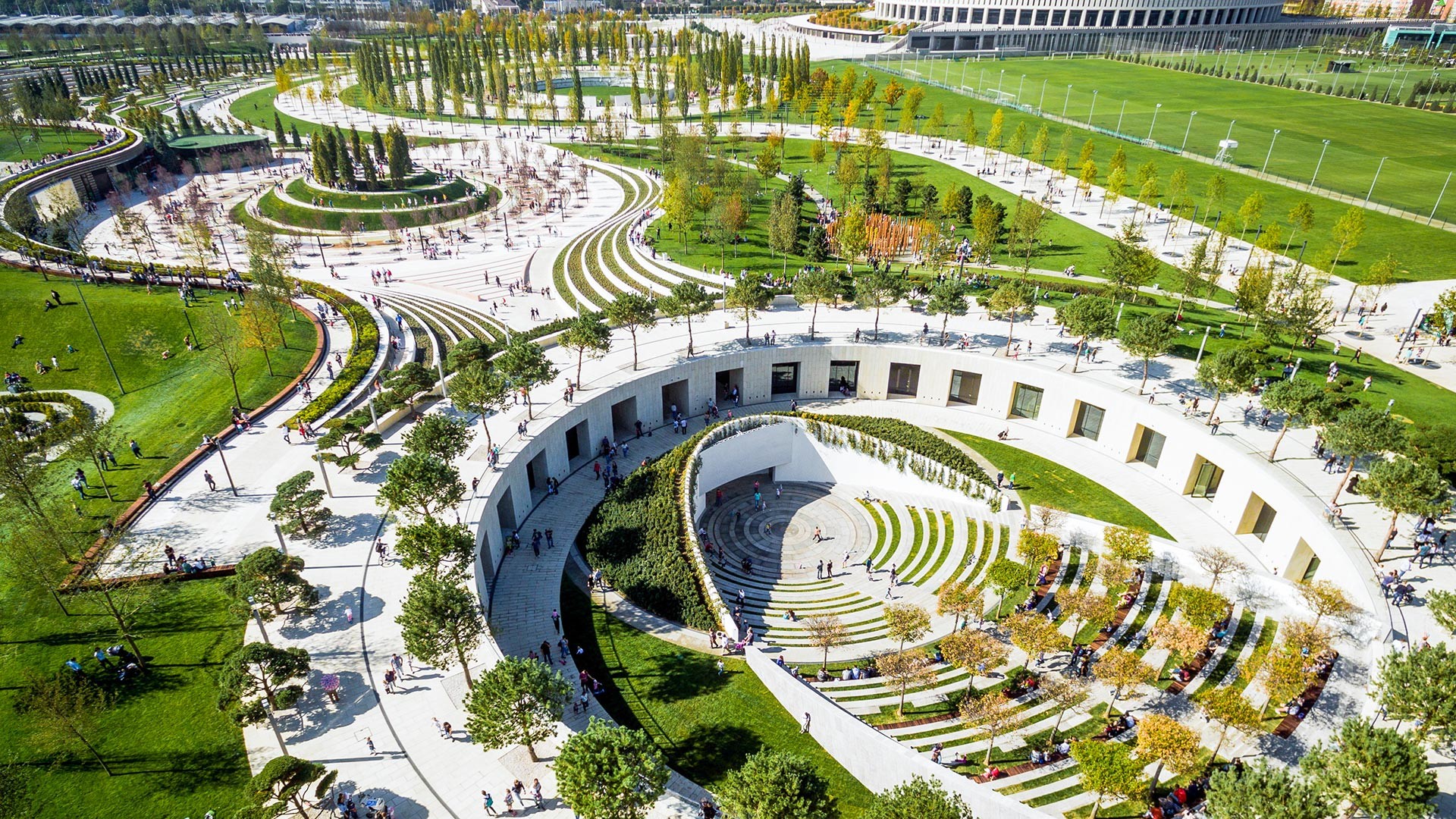 This park is often compared to Moscow's Zaryadye Park. It was opened in Krasnodar in 2017 at the expense of a local entrepreneur named Sergey Galitsky and immediately became one of the city’s most popular attractions. The park is divided into many zones with lots of areas for kids and sports, walking paths, recreation facilities, an amphitheater with summer cinemas and trees on the steps, which is very refreshing during the summer heat. 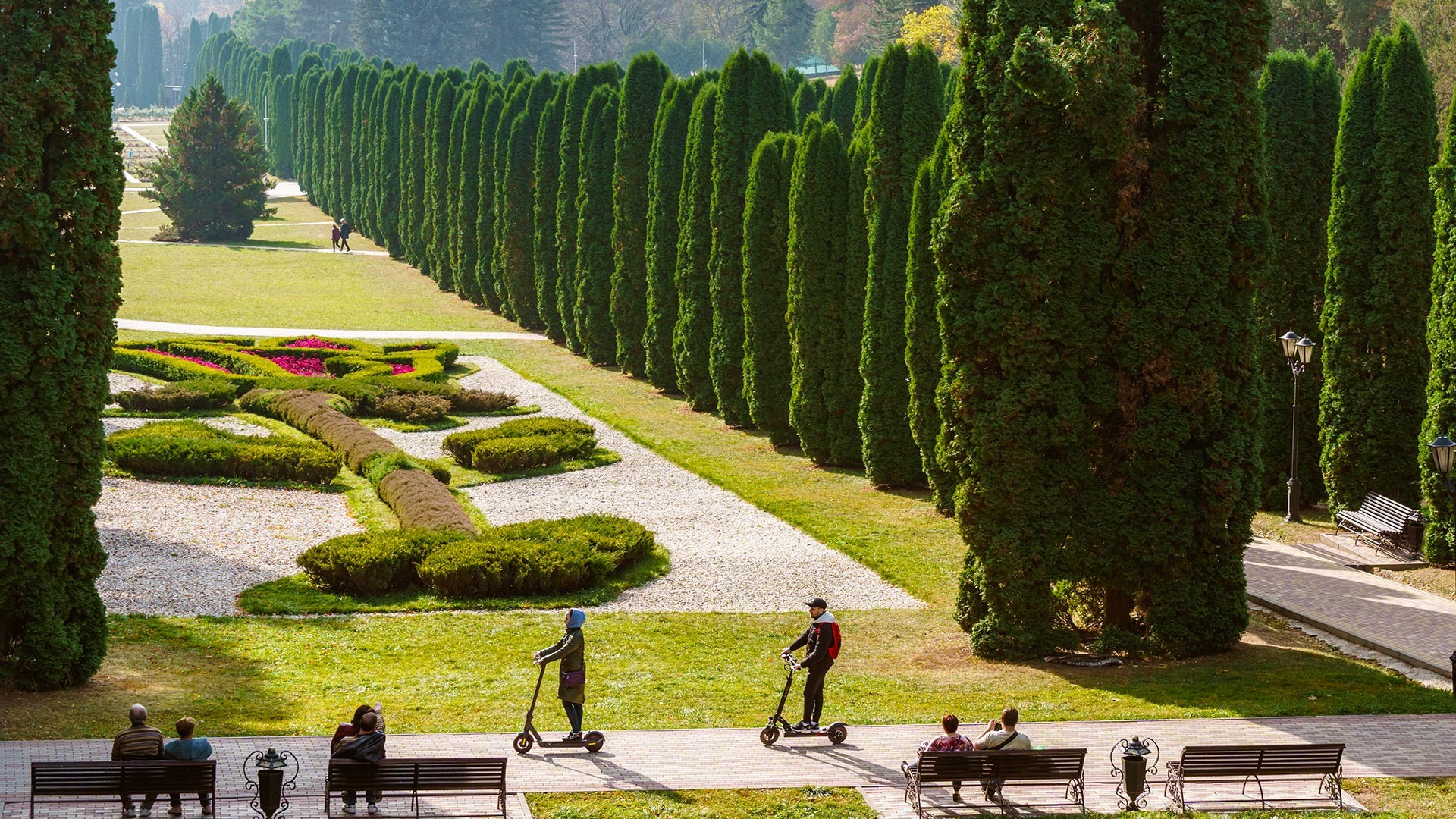 The Caucasian Mineral Waters region is a network of the oldest resort cities in Russia. It is filled with picturesque parks in the mountains, but one of the biggest and most beautiful of these is located in Kislovodsk. The lower part of the park is full of cafes, museums and shops. As you climb higher and higher, you find yourself at a point that is 1,200 meters above sea level and from which you can enjoy an incredible view of the Caucasus Mountains. 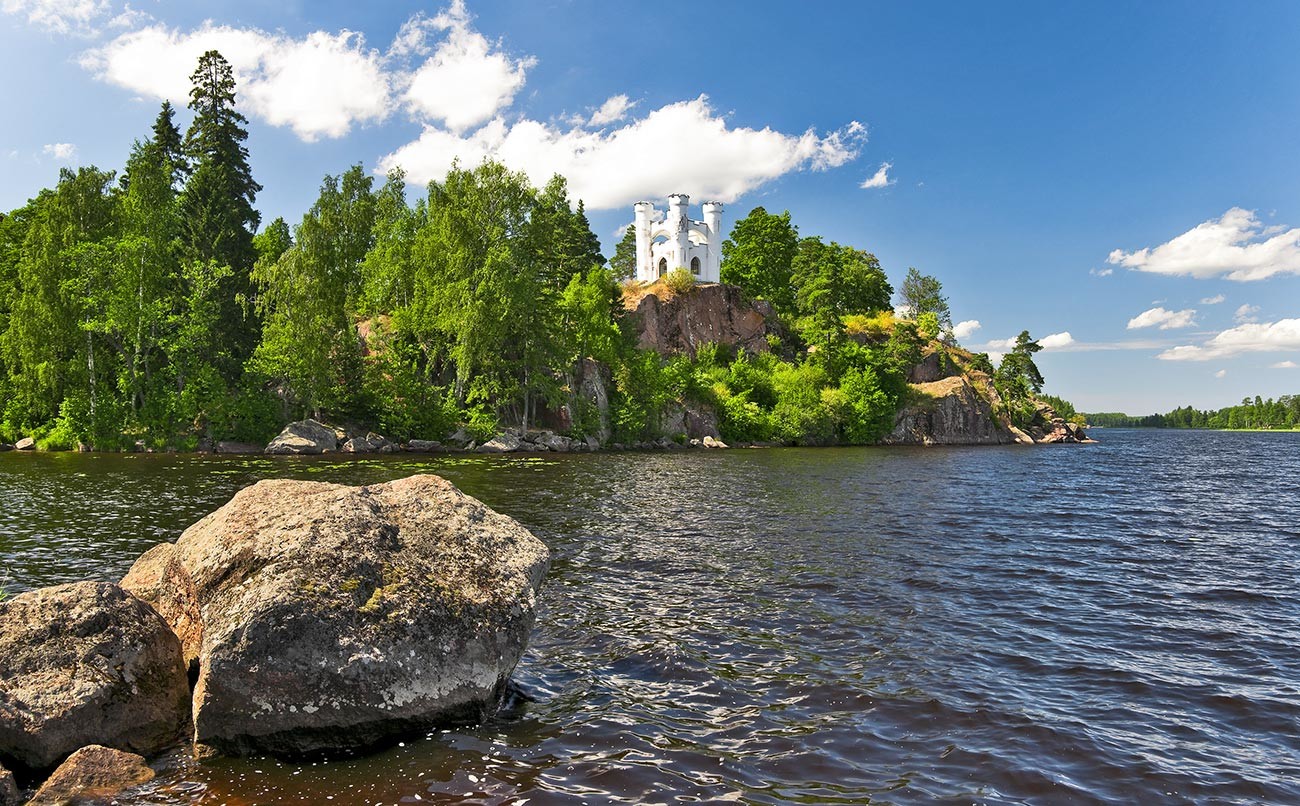 The rocky park on the shore of the Gulf of Finland is a quiet and cozy place created for meditation on nature. In French, Monrepos means "my rest,” and this is a fitting name for this park, which is more than 200 years old. A large noble estate used to be located here, but only a few buildings from that time have survived to this day. 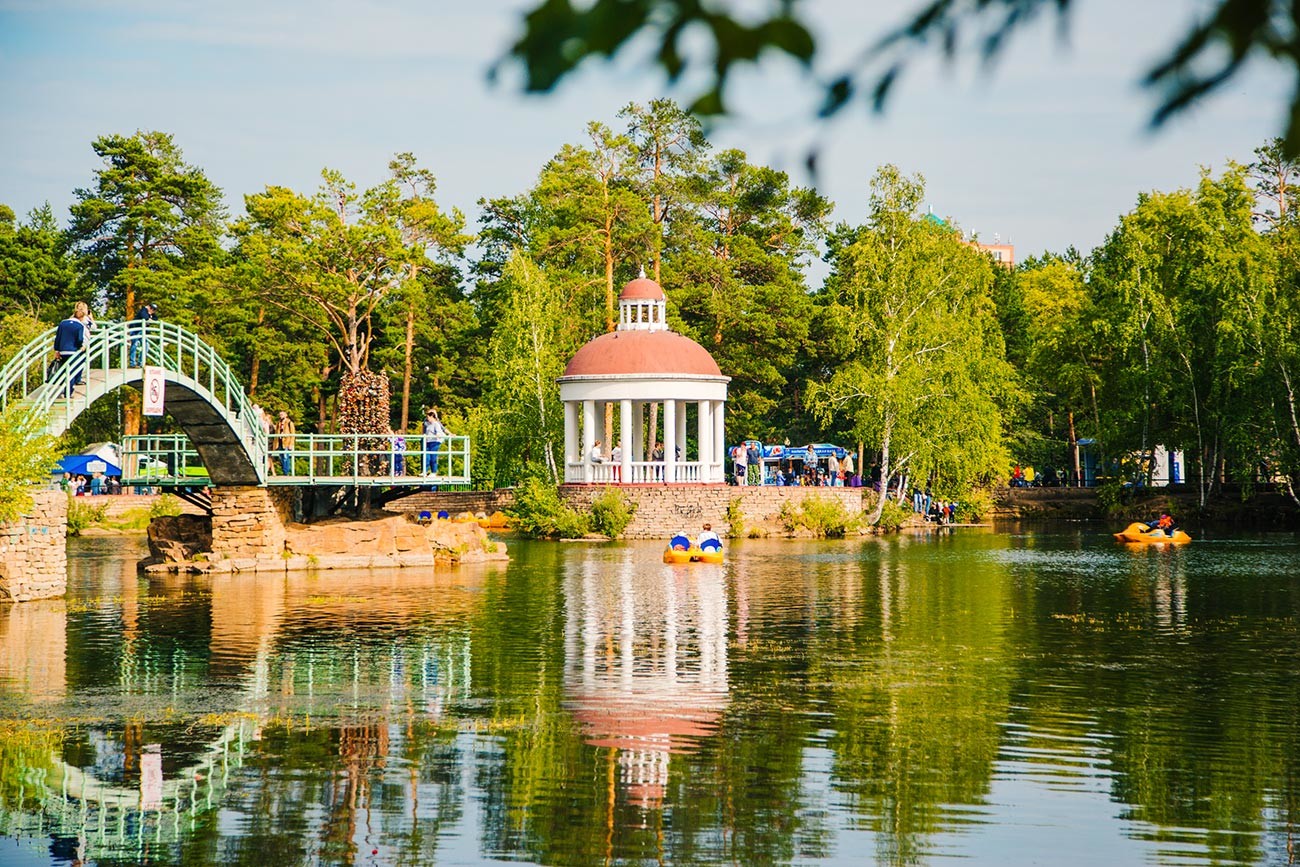 This big and green park in an industrial city in the Urals borders a real forest. As far back as the pre-war years, there were circus performances, mass sledding in troikas and even a parachute tower. In 1961, a couple days after Gagarin's famous flight, the park was named in honor of the Soviet cosmonaut. In modern times, the park has been repeatedly hailed as the best in Russia. It is also very clean since it’s under the care of the local superhero Chistoman! 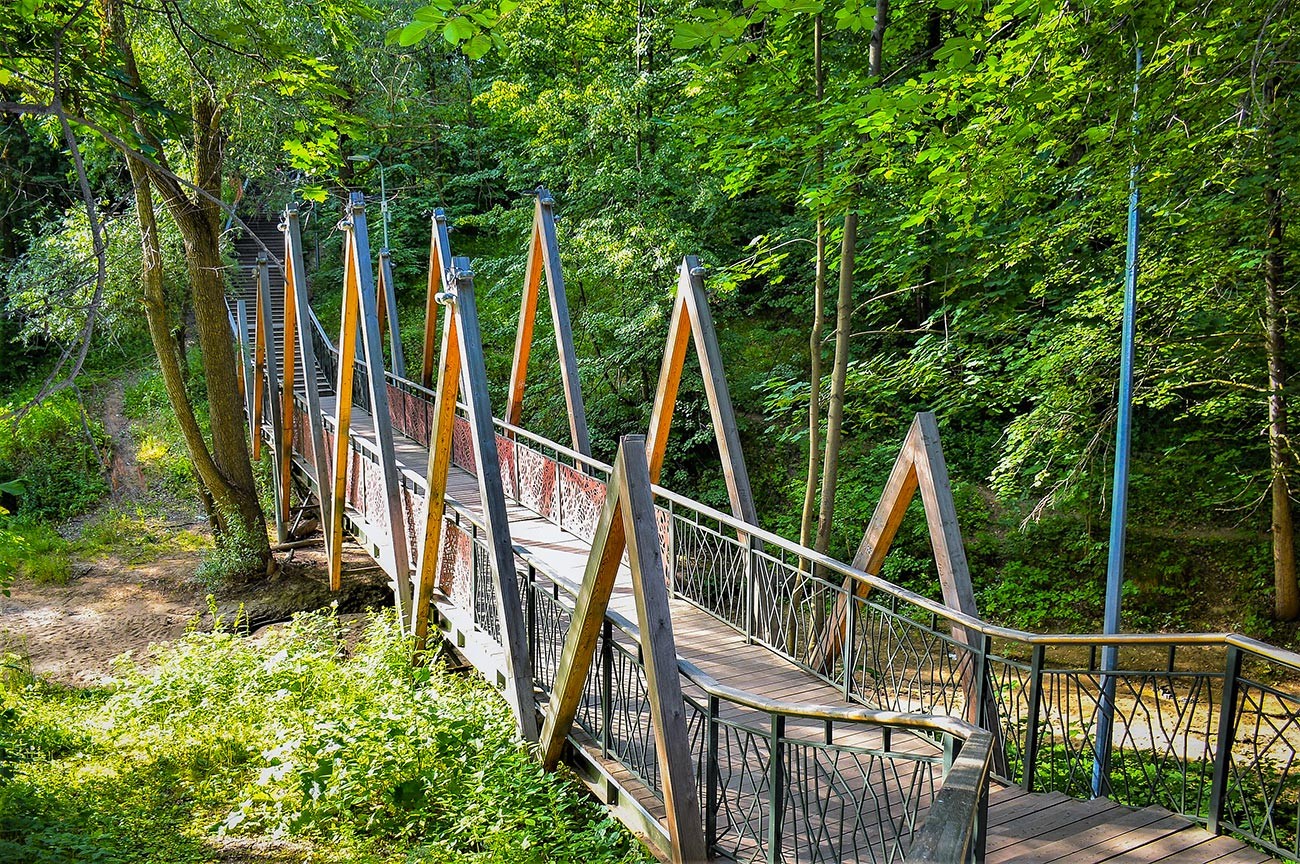 The park’s name might be hard to pronounce, but it is actually just an area with two neighboring forests that are combined together. Locals call it just Les (“Forest” in Russian). There are cafes, playgrounds, a summer cinema, several cycling paths, and even a promenade with modern art installations—and all of this surrounded by ancient trees. 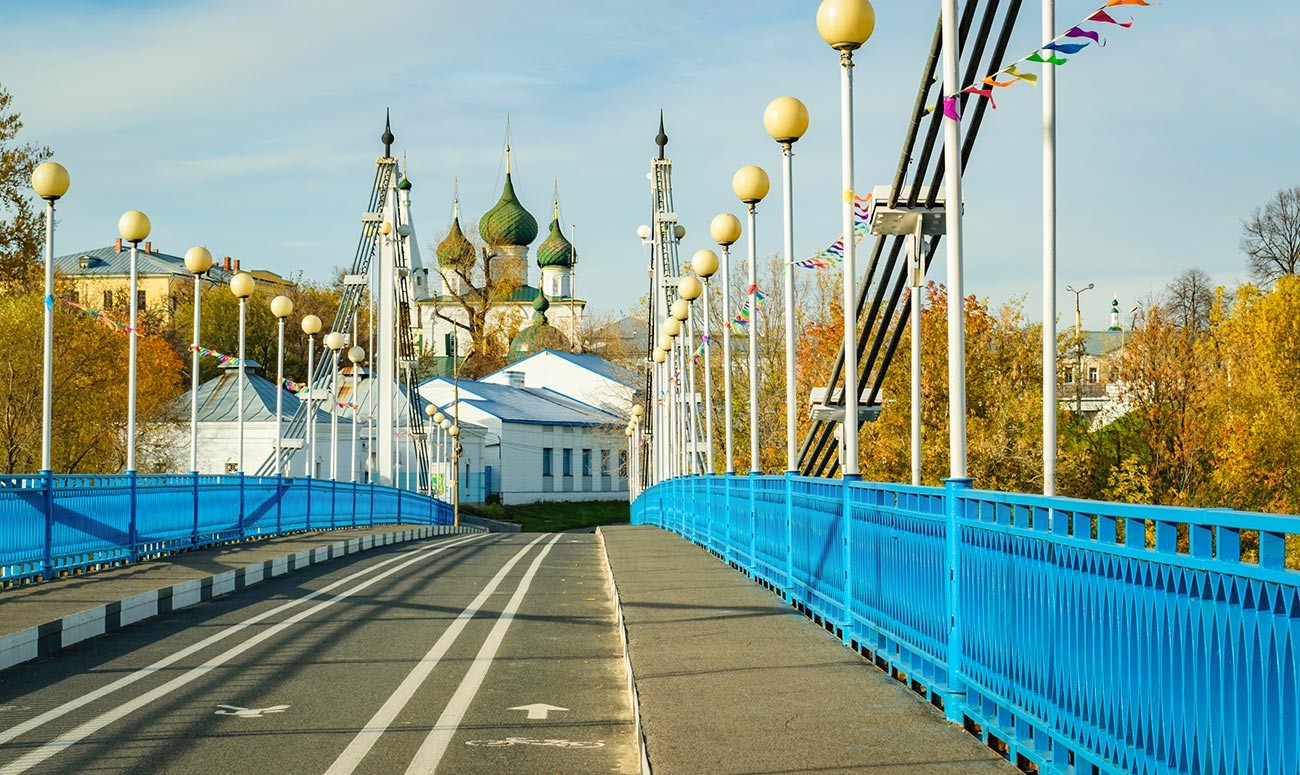 Island Park in the center of Yaroslavl is one of the best places in the city for family recreation. Here you can walk along shady sidewalks and food paths, enjoy flowering plants, visit an upside down house and rent a bicycle or a boat. The island is connected to the city by a pedestrian and bicycle bridge that offers a magnificent view of the Volga. 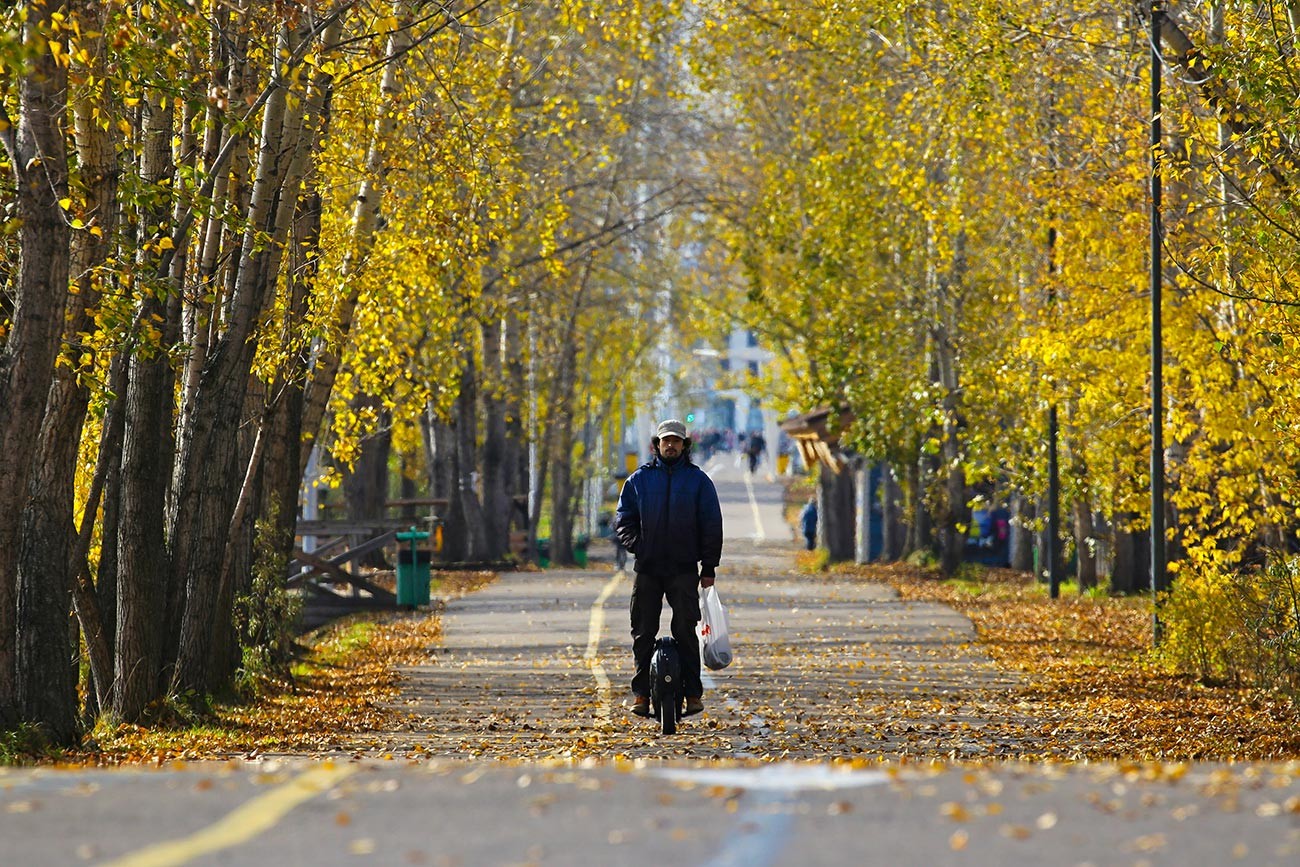 The largest island on the Yenisei River was turned into a park for local residents. There are more than 9 km of bike paths, a big beach and bookcrossing shelves. In winter, fans of ice swimming flock to Tatyshev Park. The island is home to marmots, and visitors often feed them. 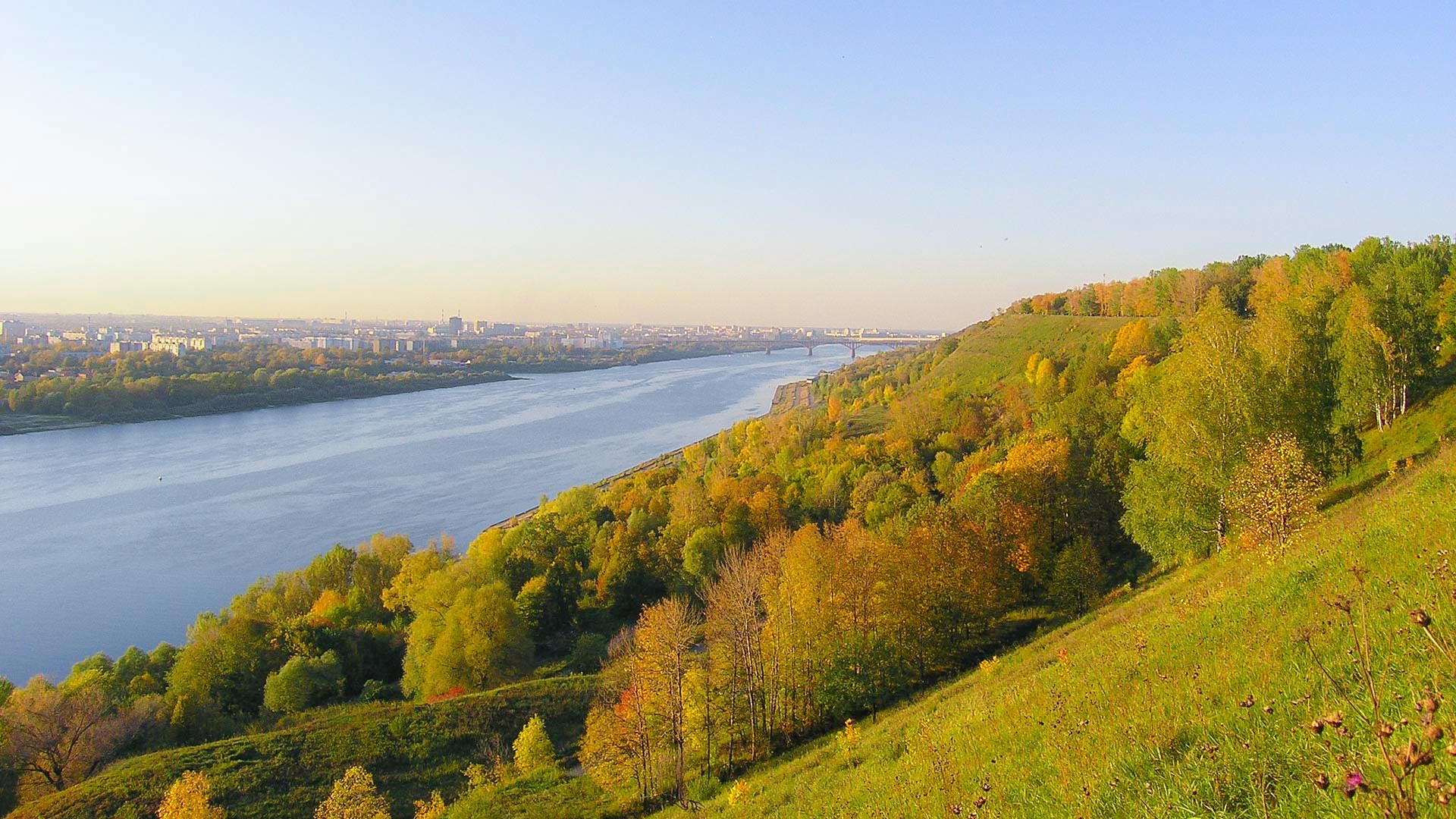 "Switzerland” is the historical name of this park on the slope of the Oka River. It first appeared in the early 20th century thanks to amateur botanists. The hilly territory was turned into a city park open for all with walking paths and summer cafes. The park is currently undergoing a large-scale renovation, after which there will be sports grounds for disabled people, an ecological school and new paths. The renovated park will be opened in August 2021 to commemorate Nizhny Novgorod’s 800th anniversary. 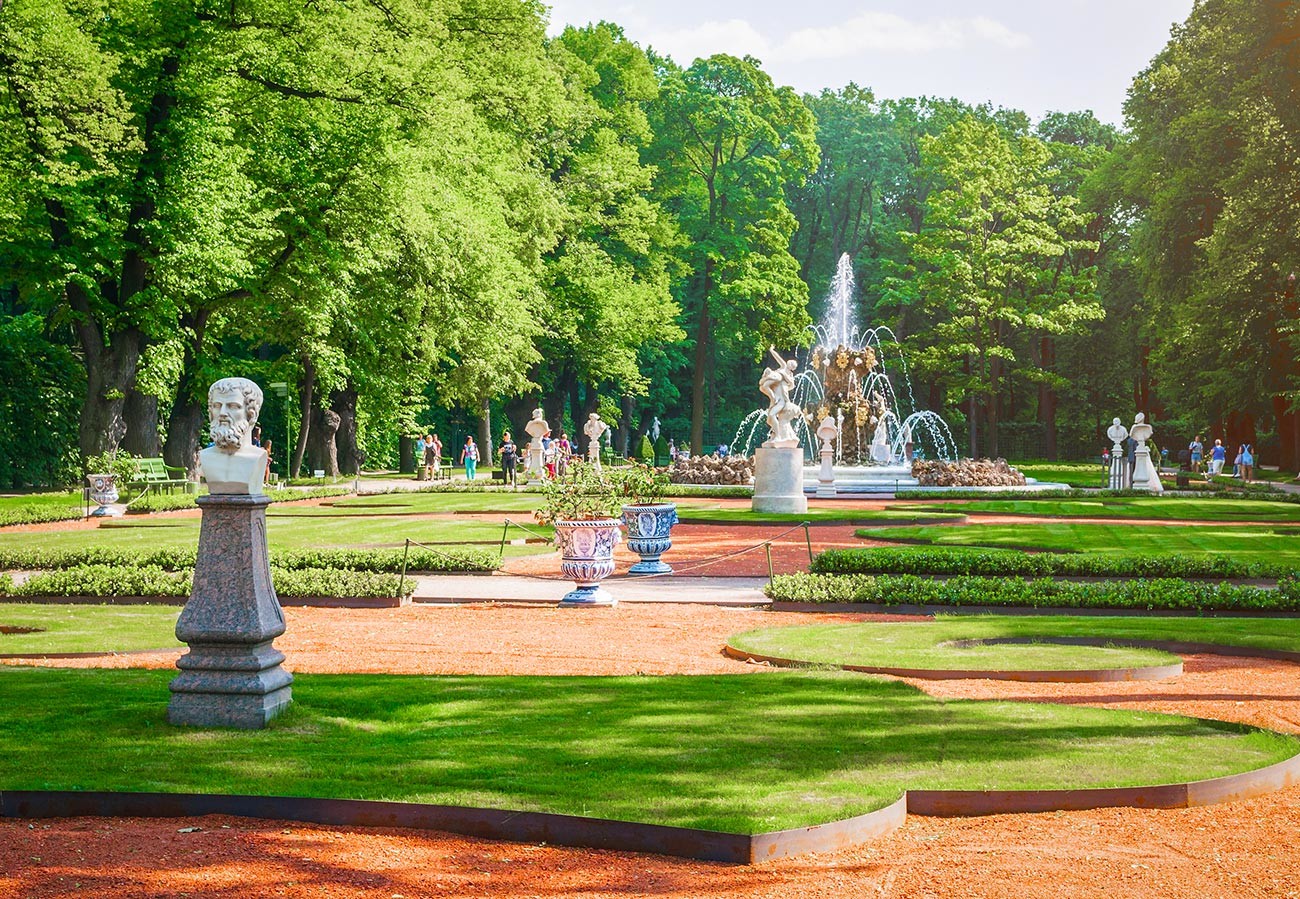 This ancient city park was a favorite creation of Peter the Great, who dreamed of having his own Versailles. Classical architecture, elegant gardening and marble fountains—the Summer Garden has just about everything a visitor could possibly hope for. 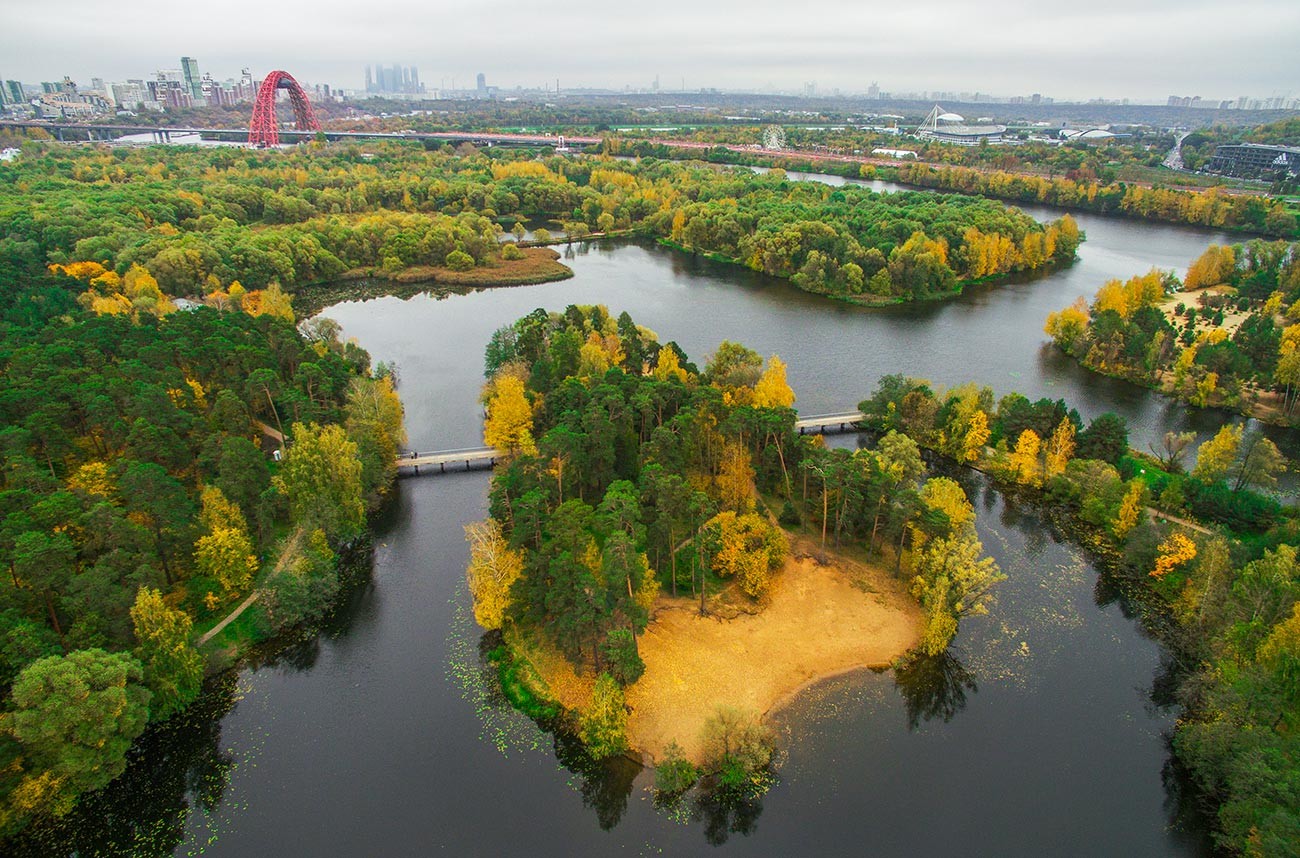 You could walk all day in this huge forest in northwest Moscow without even seeing all of it! Standup paddleboarding is popular here, and you can also find summer beaches (including a nudist one) or walk along eco-paths. You can often see squirrels and hedgehogs or be treated to sounds of blackbirds and the singing of nightingales. And all this is in a megalopolis!