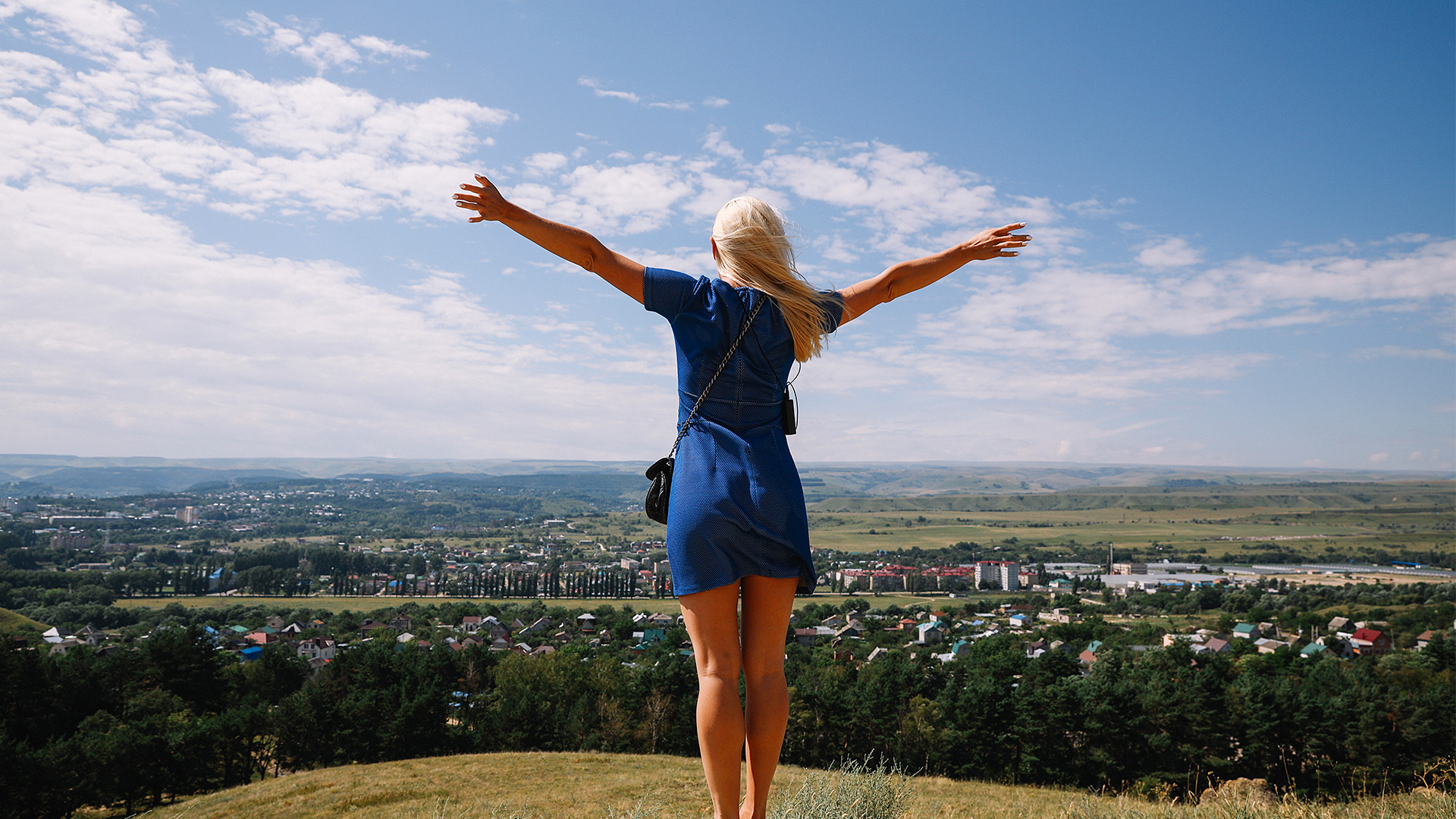 Dom.RF
This resort area is a favorite and features prominently in the classics of Russian literature. It is famous for its mineral springs, highland parks and charming old towns. The whole area is filled with southern character and Caucasian cuisine.

This small spa region in southern Russia is surrounded by the Caucasus mountains and numerous lakes with therapeutic muds and mineral springs. It includes several resort towns, each of which has springs with different mineral compositions. The therapeutic benefits of the waters were already well known in the early 19th century. Literary lions such as Mikhail Lermontov, Alexander Pushkin and Leo Tolstoy enjoyed spending their summers here, travelling from one resort to another. We put together a gallery of the most exciting spots in the Mineralnye Vody (Mineral Waters) region.

1. Summit of Mount Mashuk in Pyatigorsk 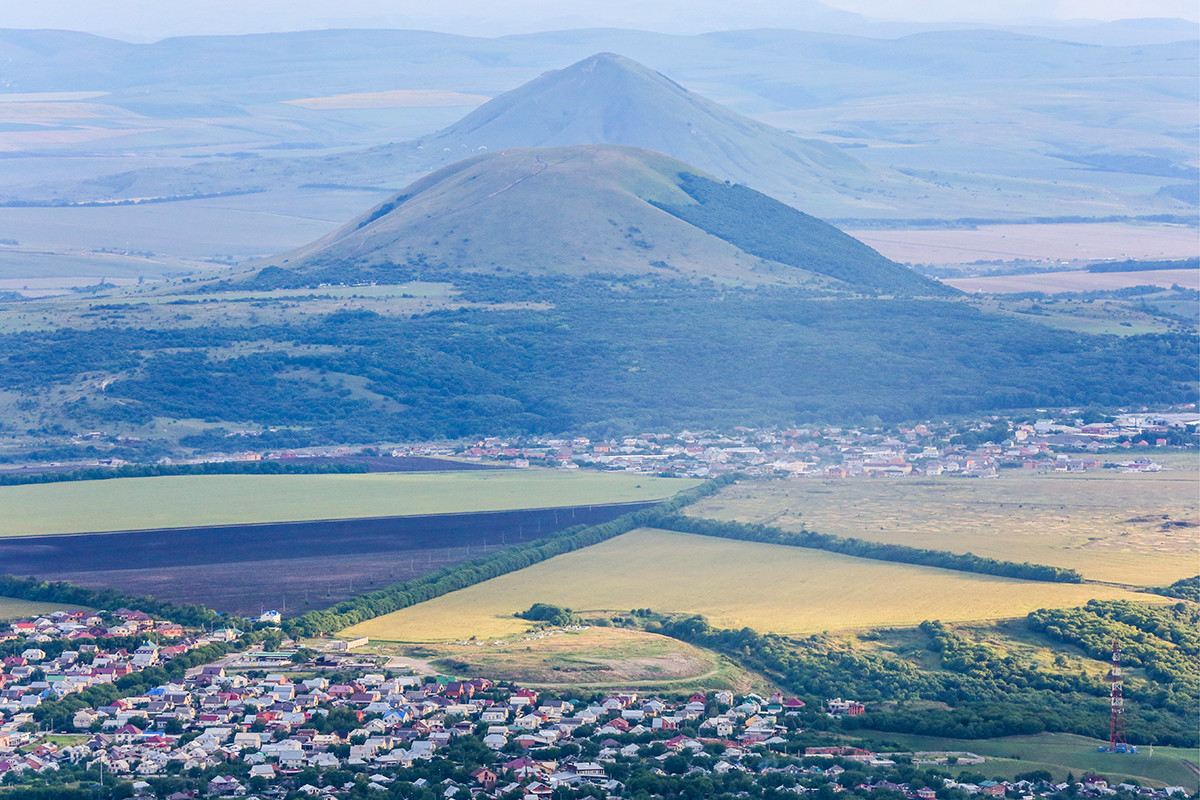 The spa town of Pyatigorsk, the capital of the Caucasian Mineral Waters region, sits at the foot of Mounts Mashuk and Beshtau. It is not just the region's principal tourist and cultural center, but also one of Russia's oldest balneological resorts and home to numerous sanatoriums. In the centrally-located Tsvetnik Park you can stroll past vintage galleries with mineral springs, take a break at an early 20th century coffee shop and admire the blue waters of an underground karst lake called Proval. Make sure you don’t miss the cable car to the summit of Mount Mashuk, where the most breathtaking views of the town await. 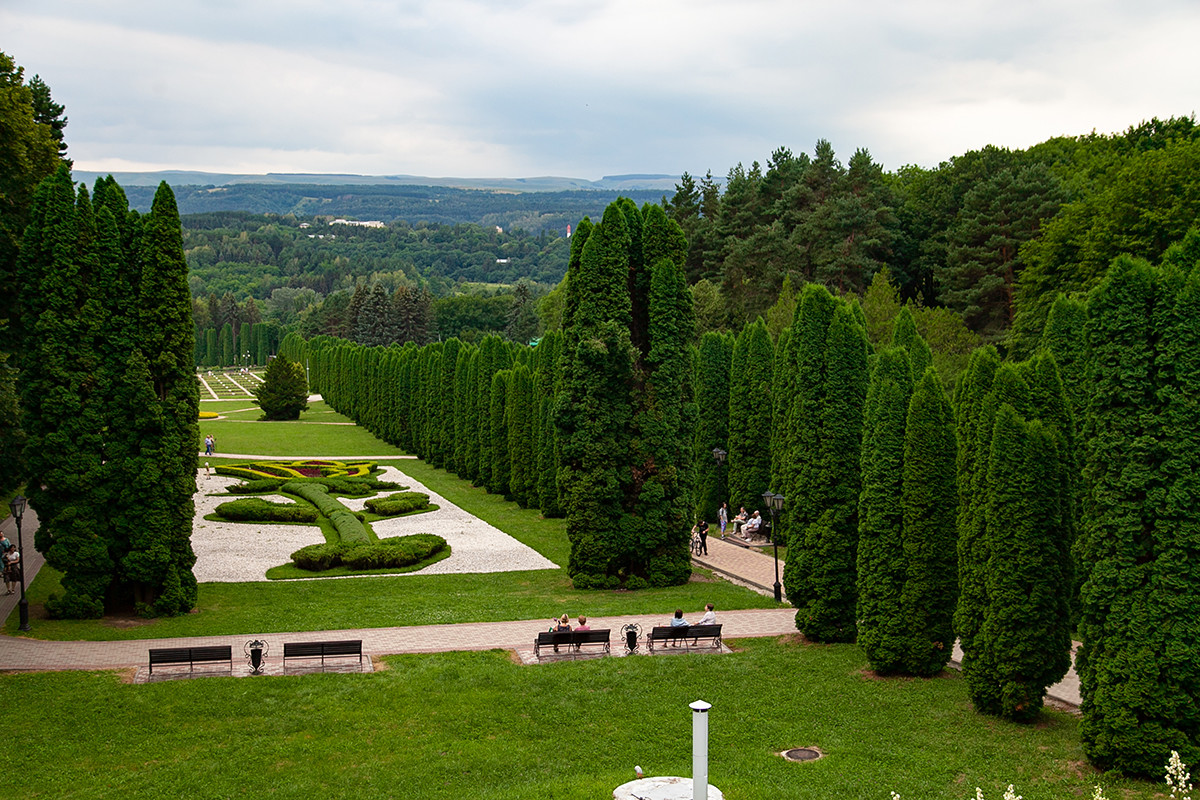 Kislovodsk's pride and joy is an enormous park located right within the town’s boundaries. It is so big that it could quite easily wander around here for a week without retracing your steps. The lower part of the park is a spa zone with a pedestrian boulevard, a plethora of cafes and restaurants, souvenir shops and fountains. A little higher up is the Valley of Roses, which is surrounded by coniferous trees. This serves as the launching point up to the highest part of the park, where, at an altitude of around 1,200 meters, you will find the Olympic Stadium. The park has many paths and exercise therapy trails with different levels of difficulty, including a special route where you have to walk barefoot. With all these things to do, you certainly won't get bored here! 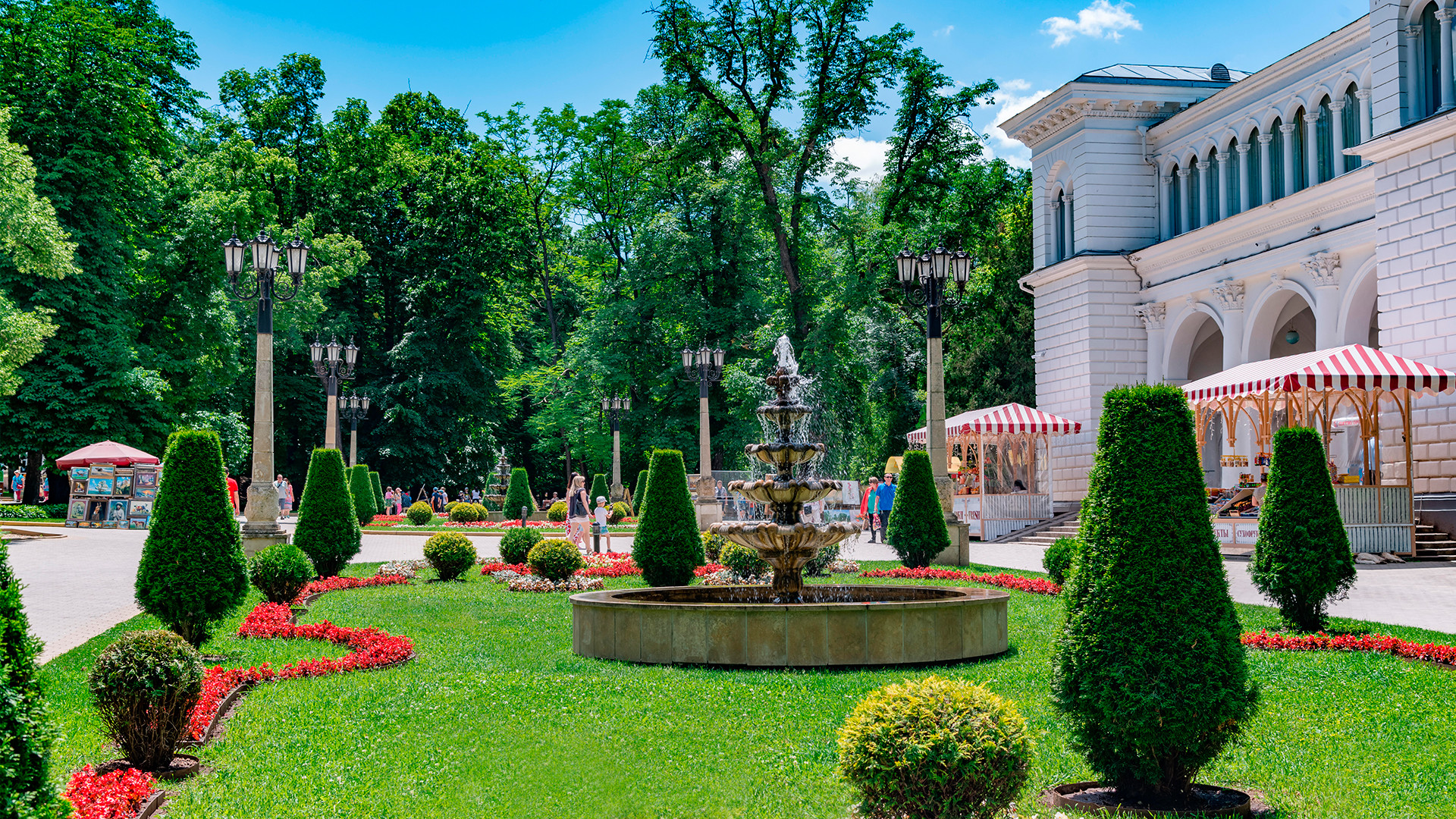 In the center of Kislovodsk you will find old villas dating back to the late 19th century. Meanwhile, the Cascade Stairs, built in 1930, lead to a viewing platform in the middle section of the park and a building that houses the Main Narzan Baths, which were built in the early 20th century and feature decorative Moorish-style mouldings.

Here you can try many different varieties of mineral waters in the town's Kurortny Park, the home to Europe's largest drinking gallery with a capacity of 5,000 visitors a day.  A stone's throw from the park’s main entrance you will find the therapeutic mud baths, which were built in the early 20th century in the style of an ancient public bath complex.

Zheleznovodsk lies at the foot of Mount Zheleznaya, which the town’s name comes from. While it is the smallest and quietest resort in the region, there still are many points of interest here. The Palace of the Emir of Bukhara was planned to become the summer villa of this descendant of Genghis Khan and ruler of Bukhara. However, after a builder died tragically during construction he refused to come as he considered this a bad omen. In the center of Kurortny Park it is impossible to miss the Pushkin Gallery with its mineral waters and the Alley of Cascades, which channels water flowing from the mountains. 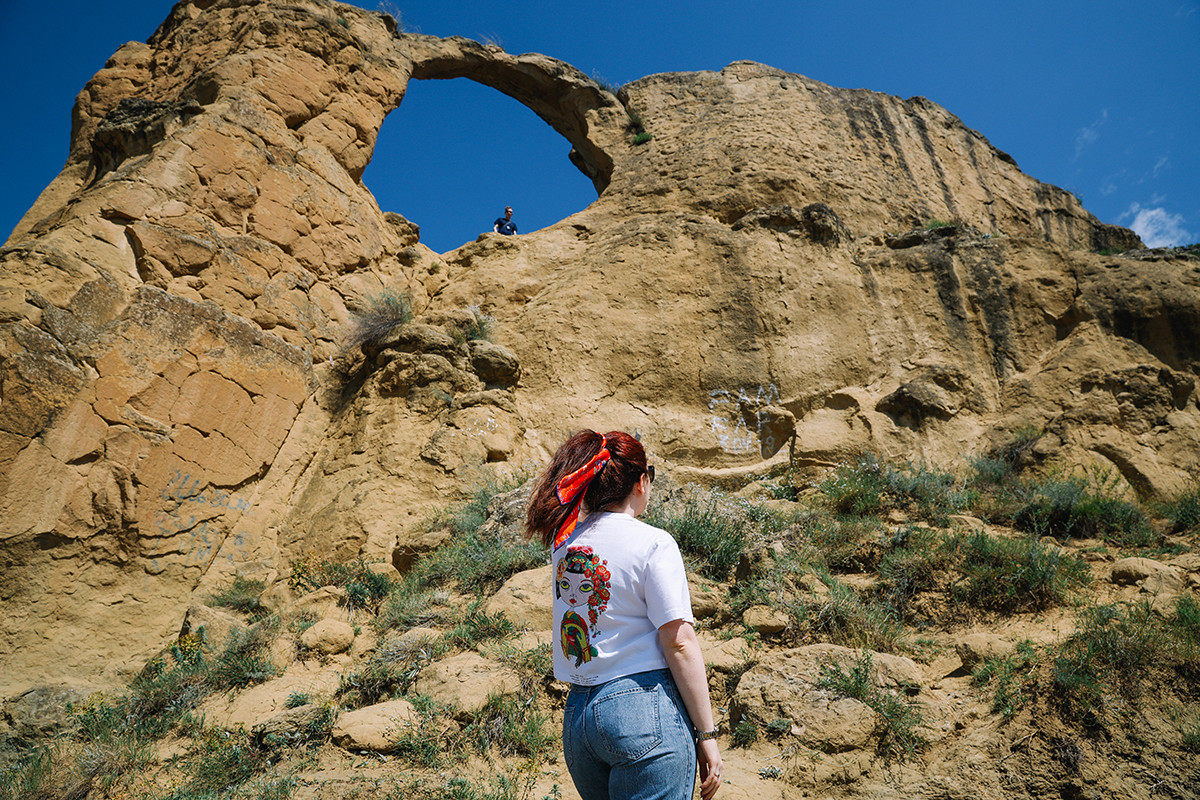 Not far from Kislovodsk is a remarkable rock formation with a ring-shaped opening. It can only be approached from one side since there is a ravine behind. Some particularly brave tourists climb up and take extreme photos from inside the ring itself. There are such stunning views of the Mineralnye Vody area up there that it is tempting to try! 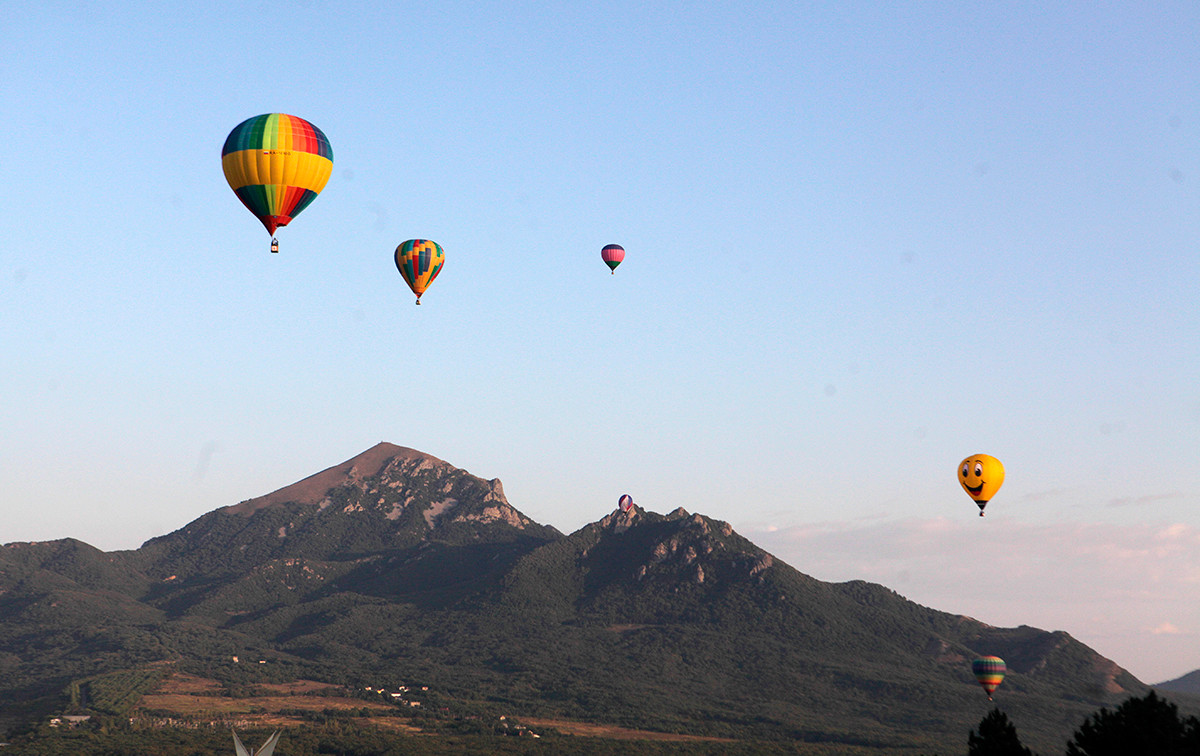 At 1,401 meters, Beshtau is the tallest and most famous mountain in the Mineralnye Vody region. In Turkic the name means "five mountains." It has the most varied of landscapes—gentle slopes, sheer cliffs, a multitude of tracks and dense woods that provide a habitat for wild animals and birds. And from the peaks of Beshtau you will find outstanding views of Mount Elbrus and all the Mineralnye Vody towns. 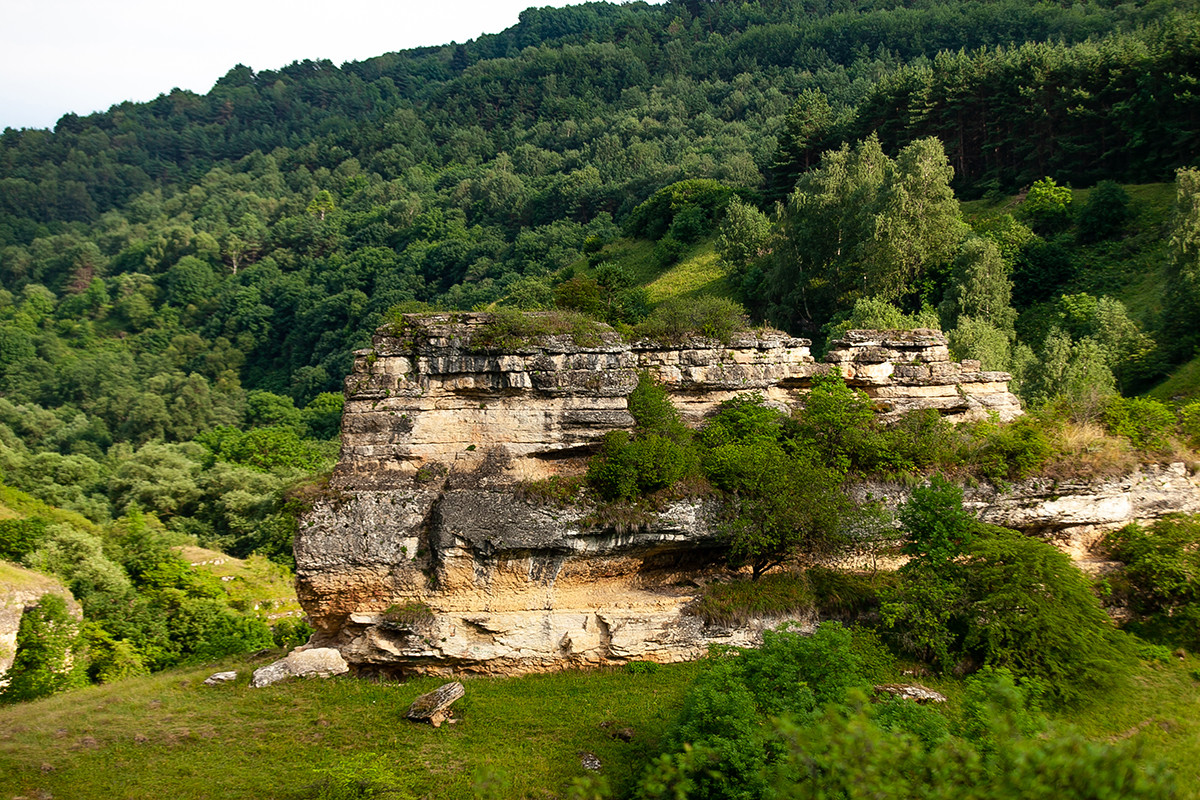 This rock in the ravine of the River Olkhovka was named after the great Russian writer Mikhail Lermontov, and it is believed that a scene in his story "Princess Mary" was set here. The unusual landscape is the result of sandstone being weathered over many centuries. The spot is very popular with people searching for the perfect picture, and you can see why! 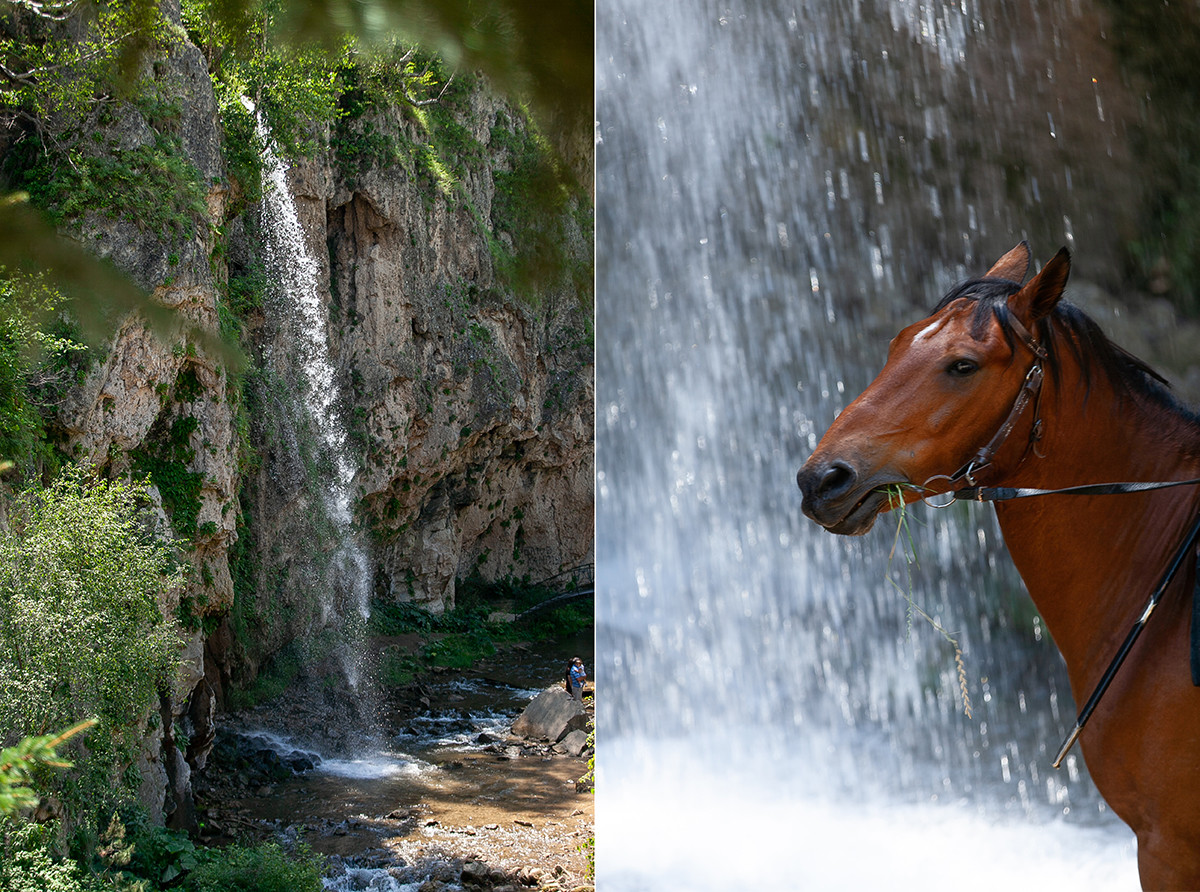 Five waterfalls spilling out over mountain gorges in incredible cascades—you could gaze at them endlessly! According to legend, they got their name because there used to be beehives here, giving the water a taste of honey. 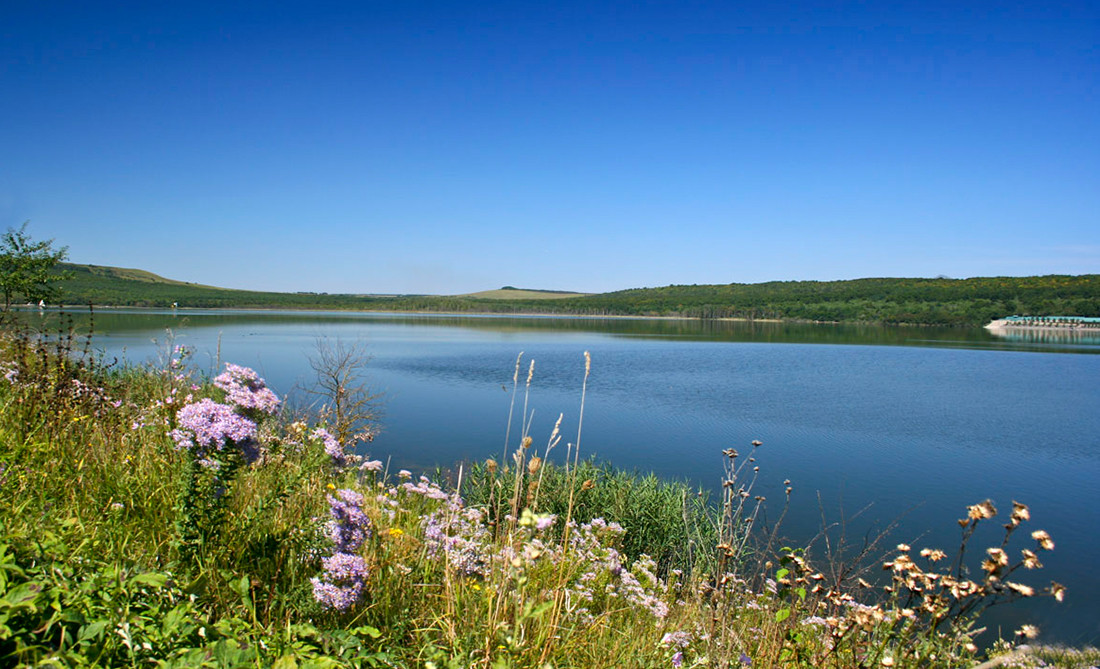 This small salt-water lake is nicknamed the "Dead Sea of Pyatigorsk." The muds of Lake Tambukan are very popular for treating skin diseases and are also known for their cosmetic benefits.