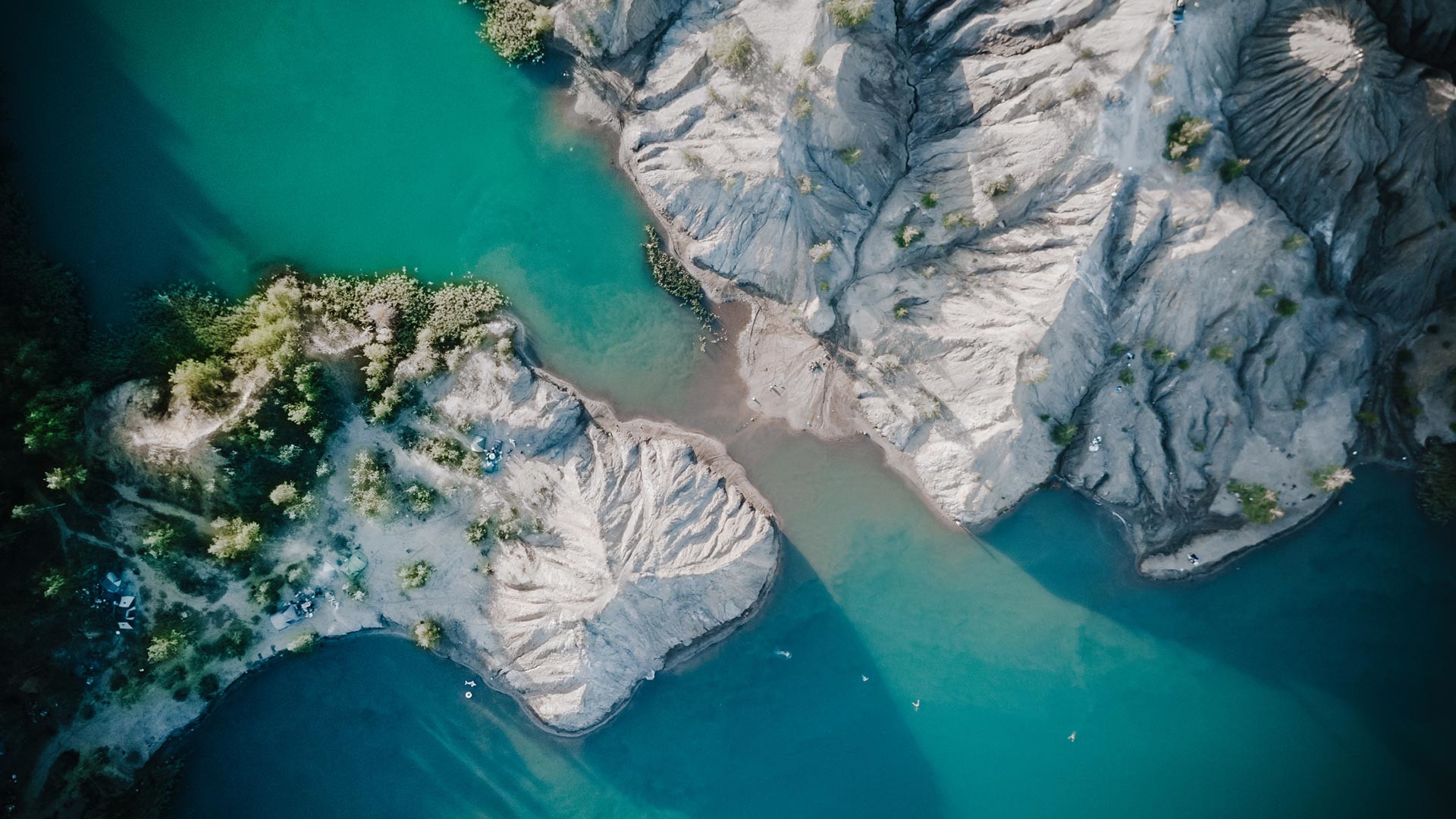 Getty Images
Turquoise water, mighty hills, high forests - the abandoned coal pits in Tula Region have become one of the most popular places among Russian bloggers.

Romantsevskie Hills (or Konduki) in Tula Region is a real human-made wonder consisting of landfills and flooded stockpiles. This fantastic landscape is located between the Romantsevskie and Konduki settlements (about 90 minutes by car from Tula) and, therefore, some call it the Romantsevsky Hills and some - the Blue lakes of Konduki. 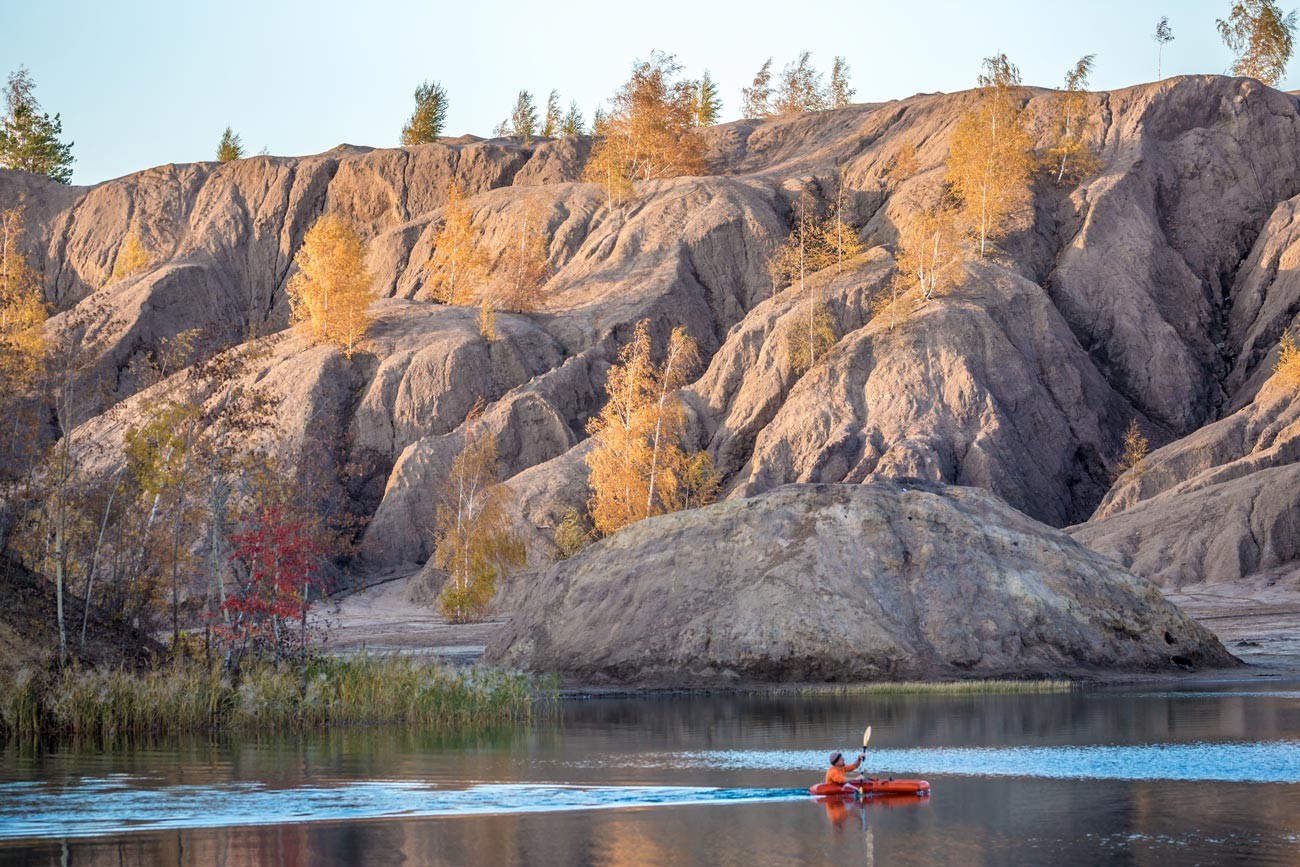 Between the 1960s-1990s, brown coal was mined here in an open-pit way, but, in the end, the mining was simply abandoned. The village of Konduki is almost empty today, too: most residents have left in search of another job. 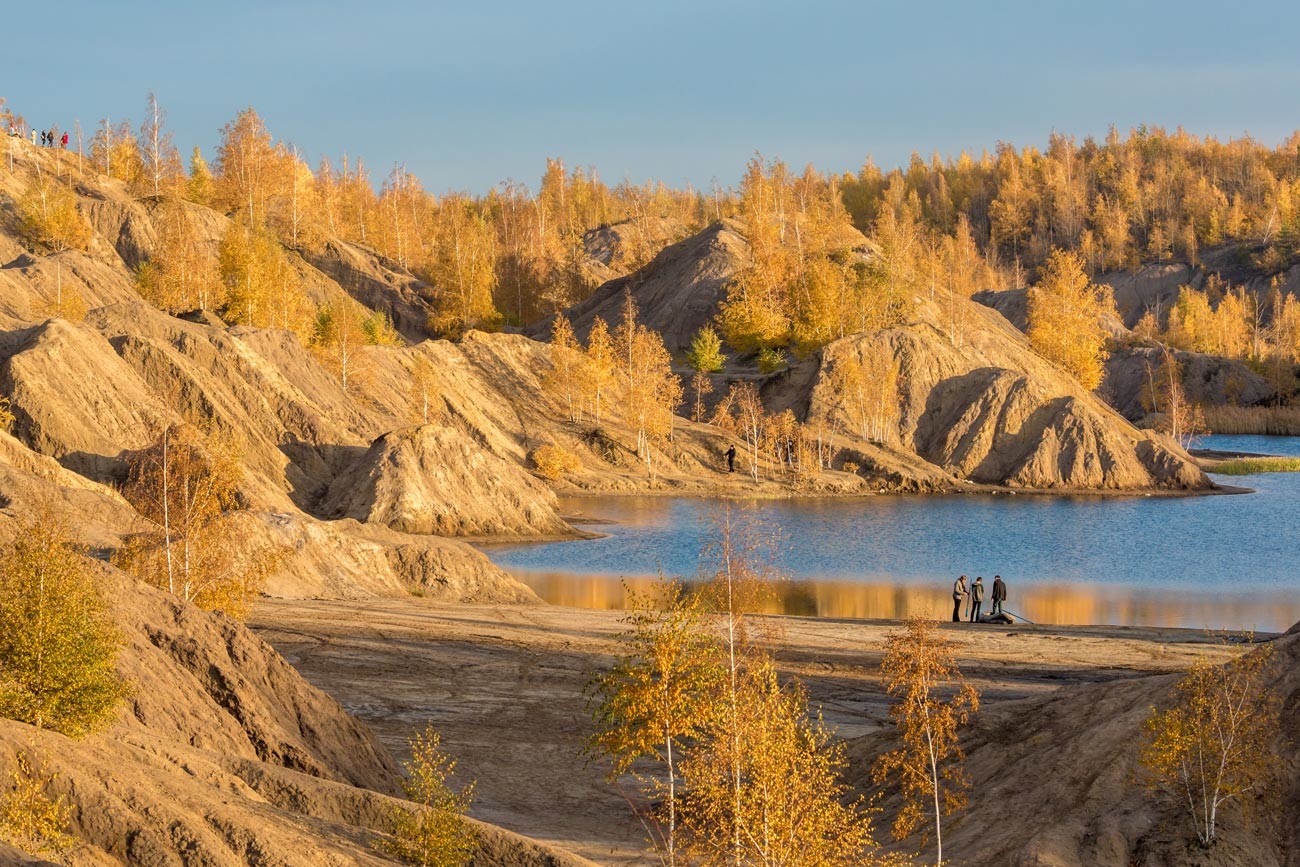 In the following years, these territories were “redesigned” by nature: wind, rain and snow slowly made the otherworldly view. The flooded quarries have such a bright turquoise color because of the special minerals in the soil. 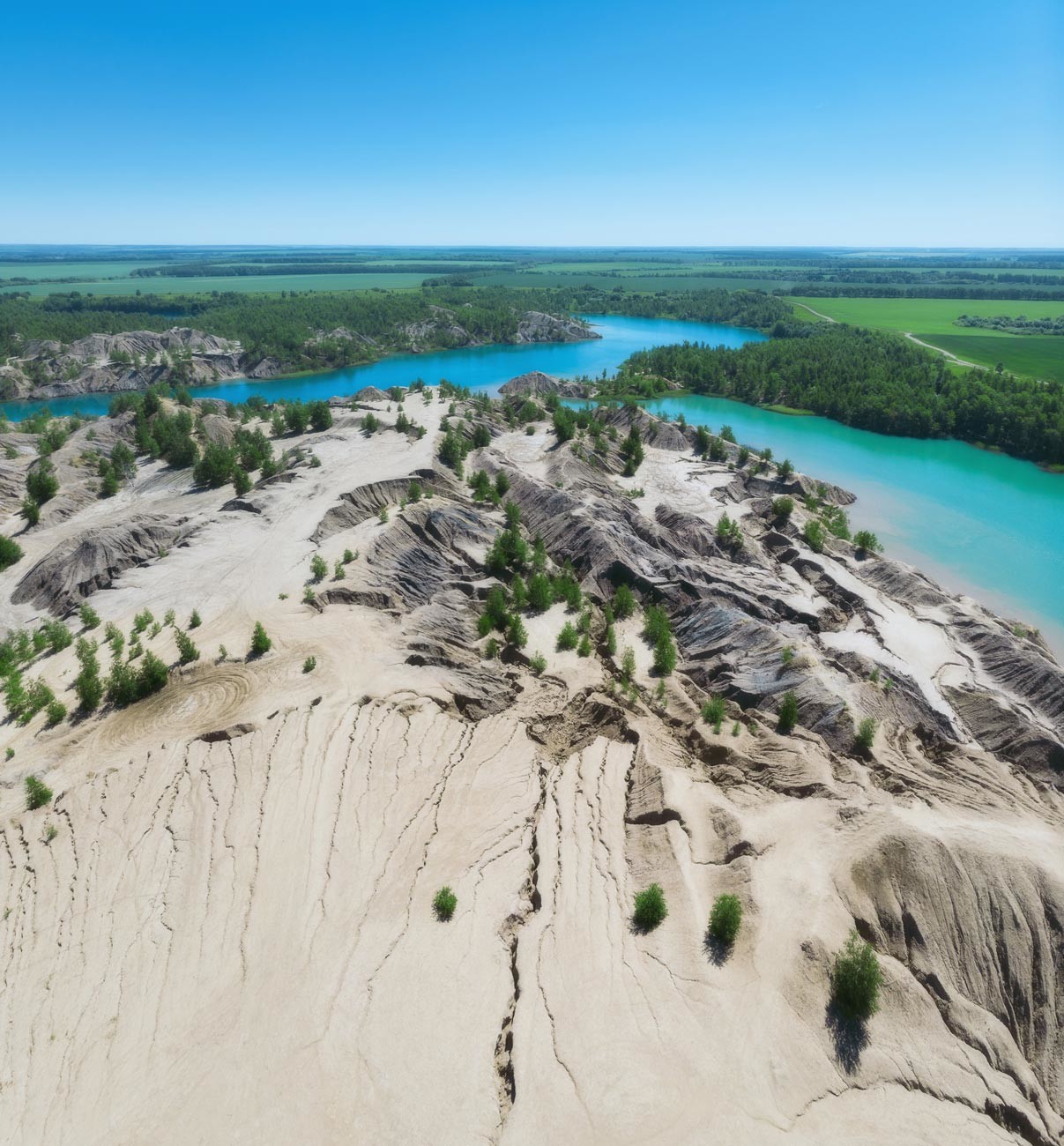 Just a few years ago, these lakes, located at a distance from cities and highways, were unknown, until bloggers discovered them and turned it into a real attraction. Now, every traveler who goes to Tula Region considers it their duty to check in on the Romantsevskie Hills. 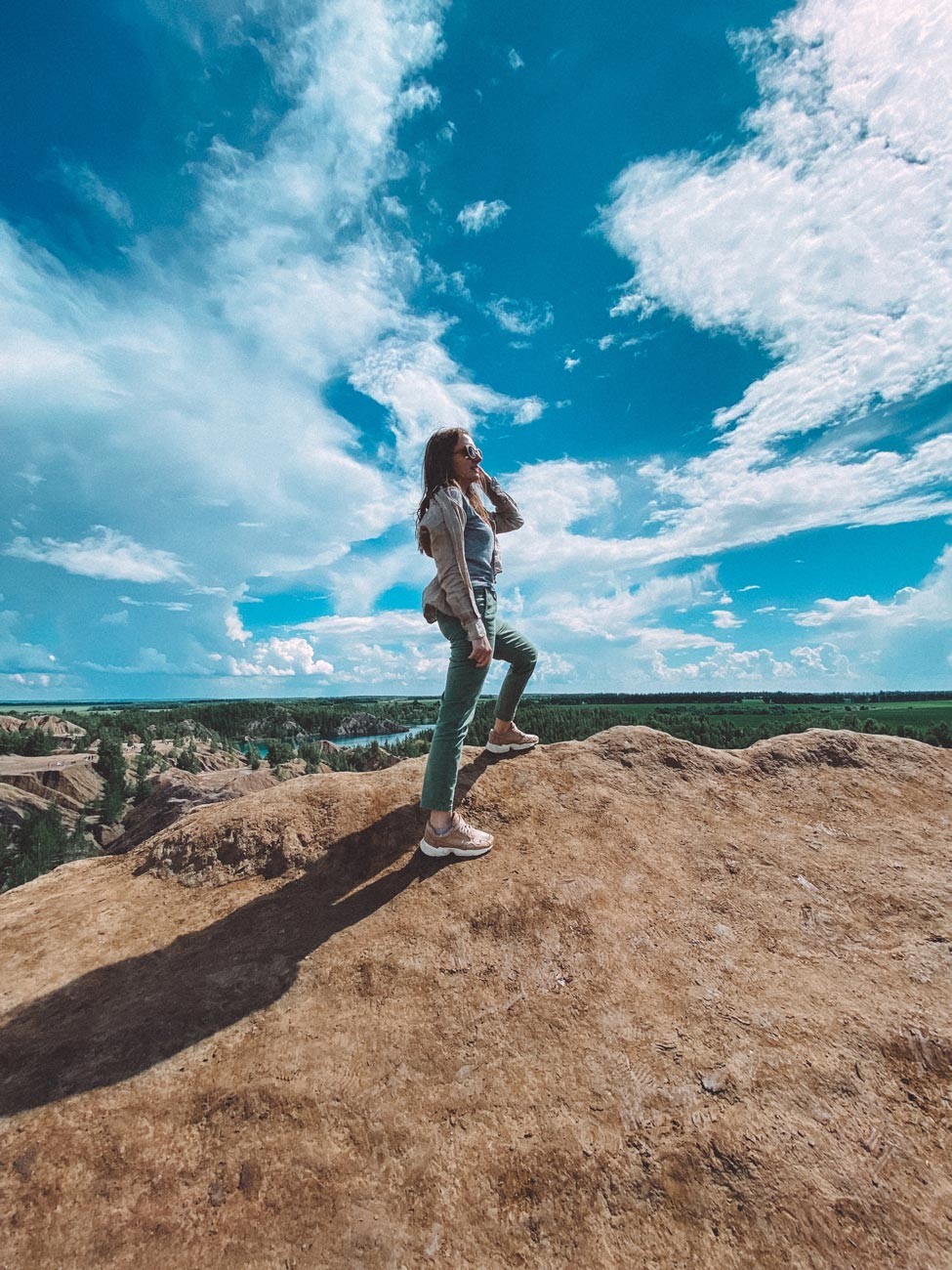 “The views are stunning and pleasing to the eye”, “breathtakingly beautiful”, “Martian landscapes”, “the feeling that you got to another planet” - These are just some of the reviews of the magical place. 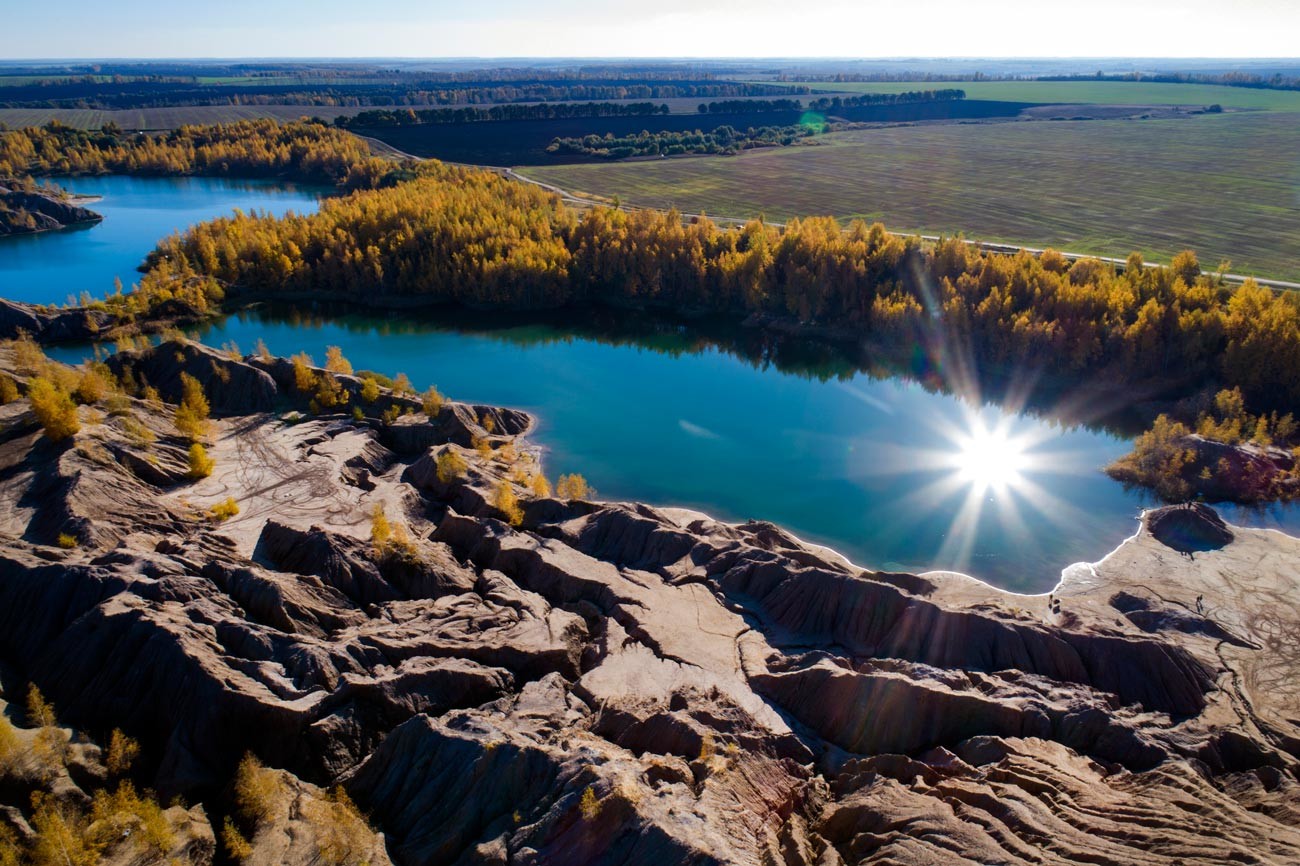 Interestingly, despite its industrial origin, fish can be found in Konduki: carp, perch and even pike. 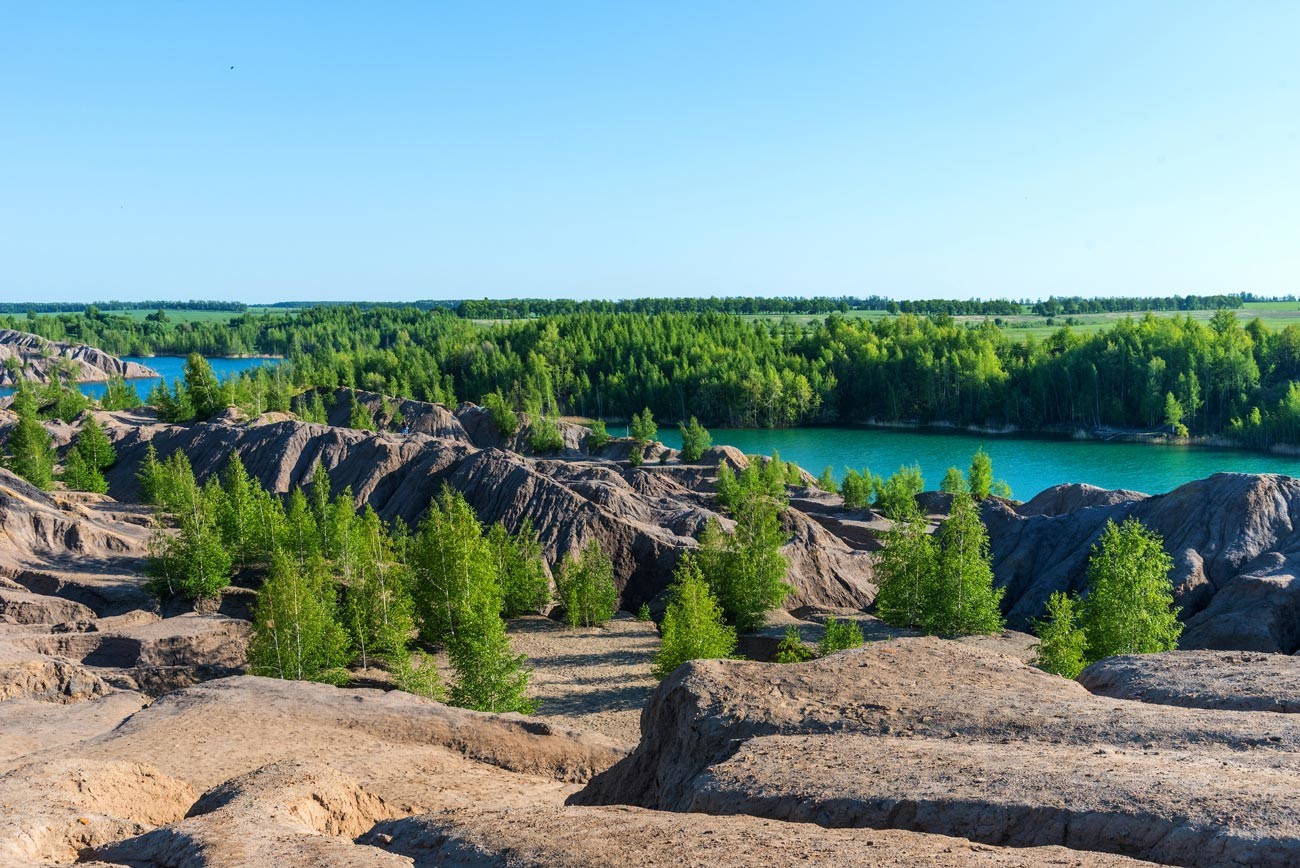 There is no tourist infrastructure here yet. Visitors travel by car, spend the night in tents and cook on a portable gas stove, which many find a certain romanticism in. However, some travelers note that locals also offer a kind of renting of tents and other amenities. 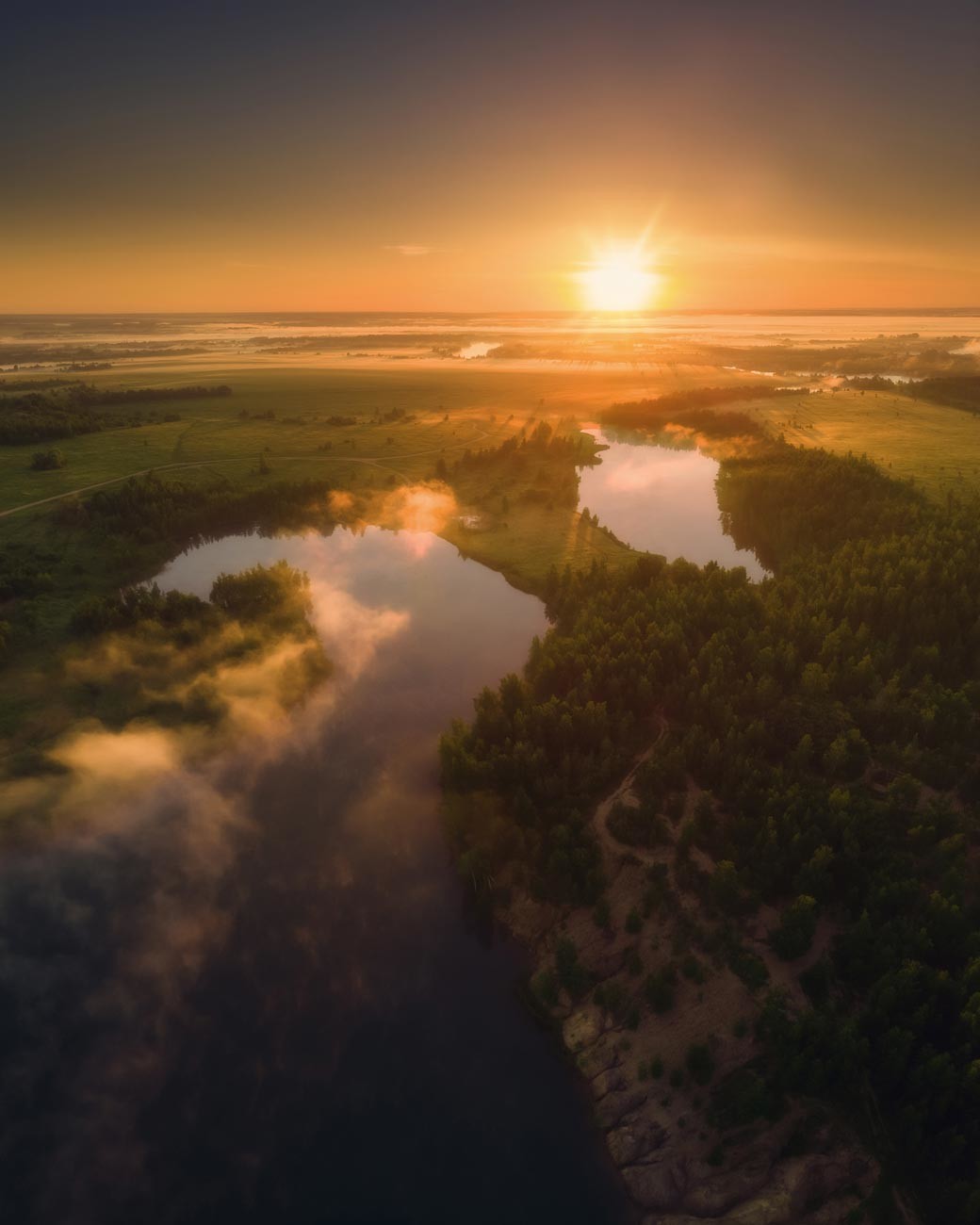 The main things you need to take with you are comfortable shoes and a windbreaker, since the hills are slippery and it is more difficult to go down than to climb up. In addition, it can often get windy. 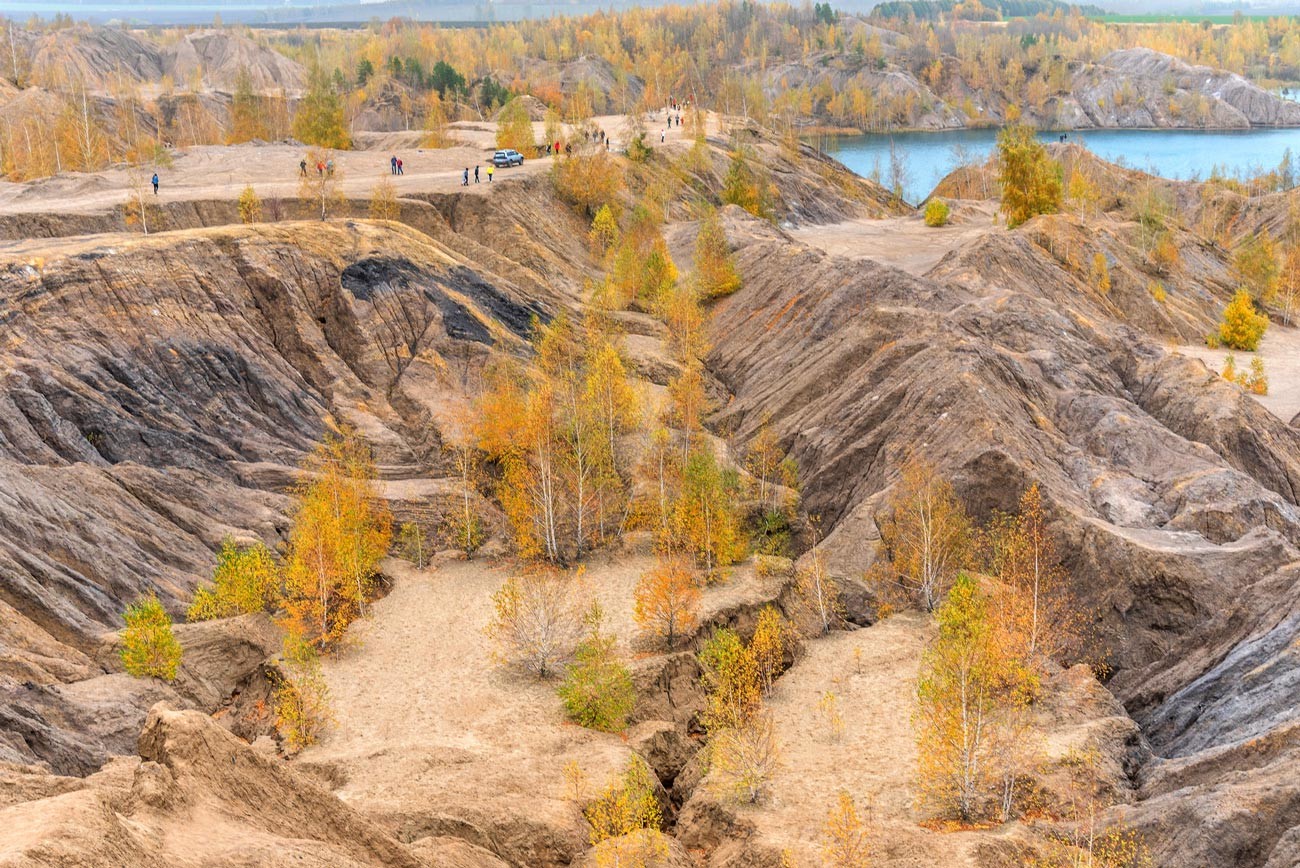 Officially, it is not allowed to enter the water, since no specialists have examined the bottom (the depth apparently reaches 20 meters) or the composition of the water. But rule breakers are everywhere. 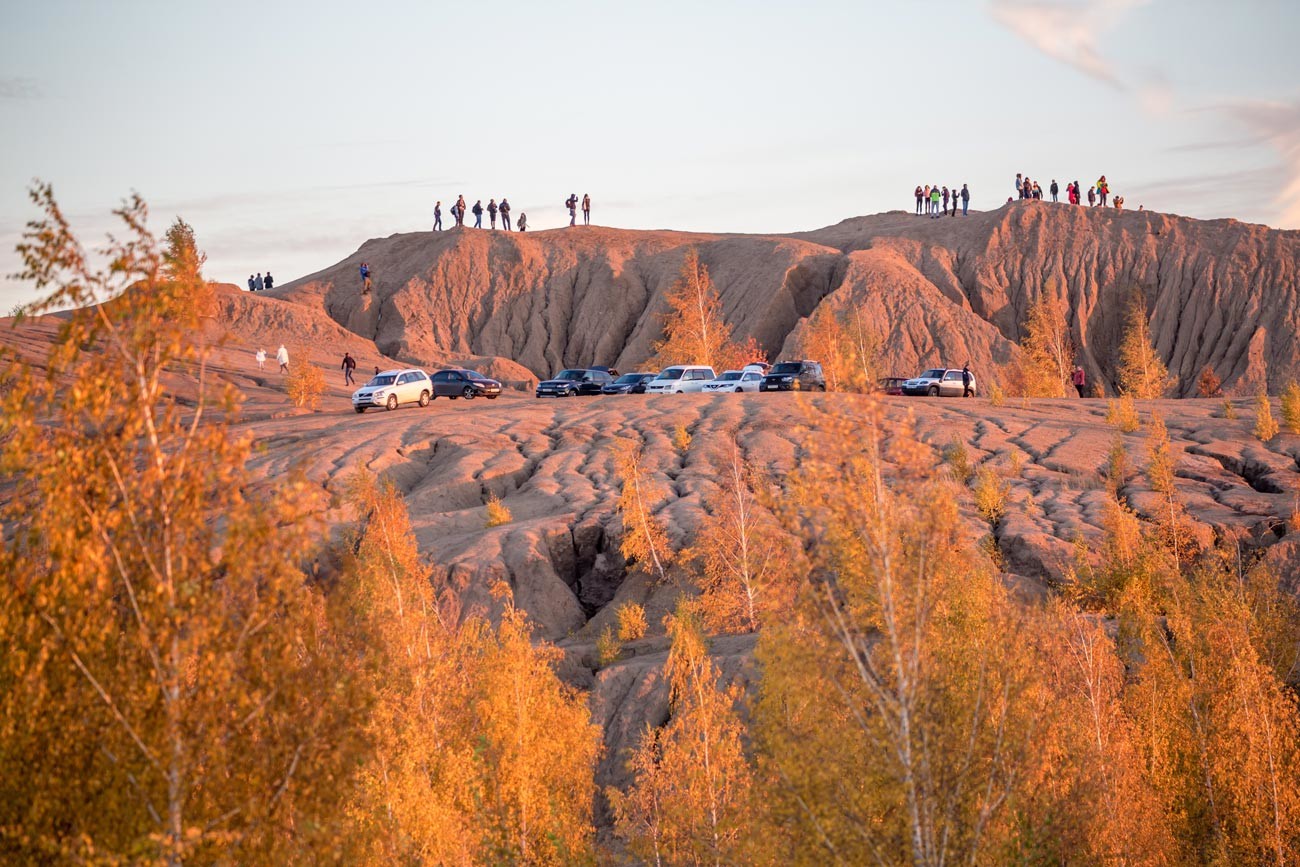 In recent times, many have been complaining about people leaving piles of garbage behind without even thinking about cleaning it up. They hope that tourists will stop spoiling the beauty around them; otherwise, in a few years, the Blue lakes will turn into Garbage lakes. 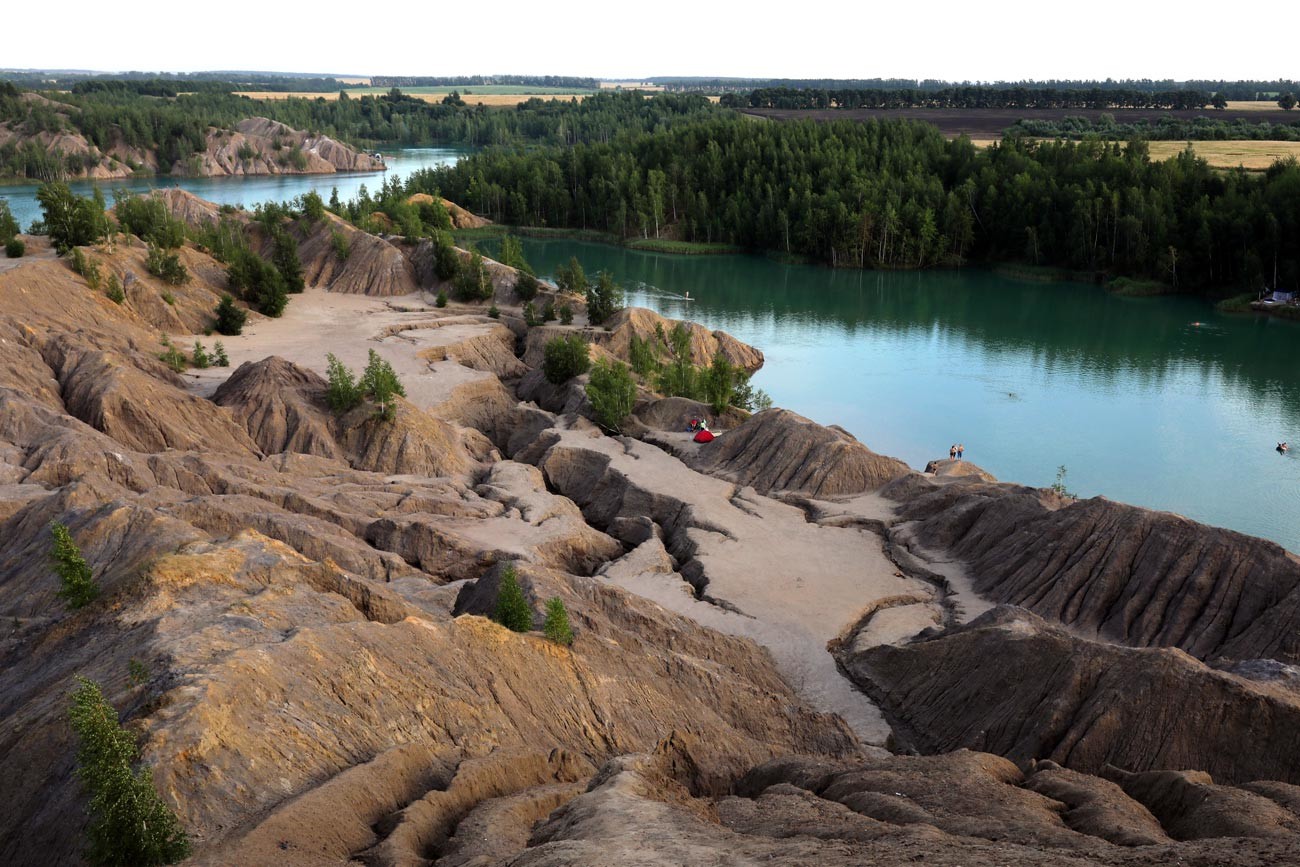