What countries can Russian citizens visit without a visa? 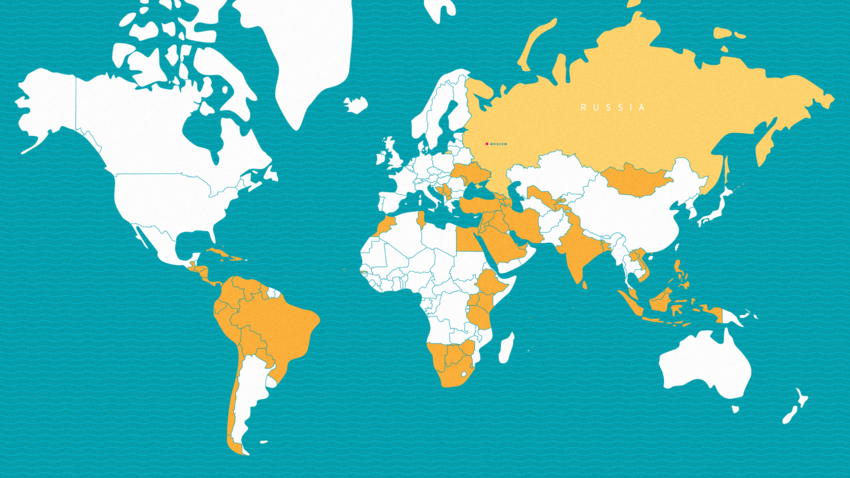 Alexander Kislov
Although Russian citizens require a visa to travel to countries in North America and Europe, there are plenty of places a Russian tourist may enter visa-free.

Generally, there are plenty of visa-free destinations for holders of Russian passports. Those include such exotic places as, for example, the South African Republic or Jamaica; but the most unproblematic destinations include its neighboring countries.

Where can the Russians go without a passport? 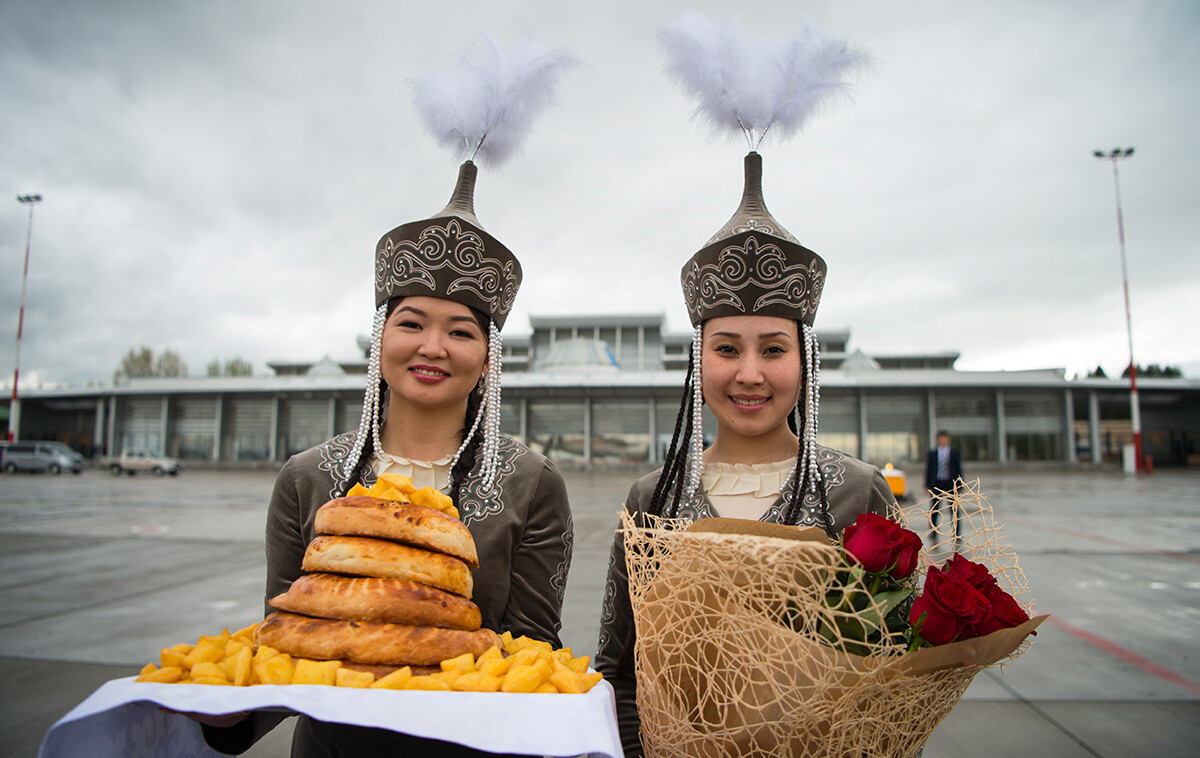 Two young women in traditional dress wait with flowers and food for the arrival at the airport in Bishkek, Kyrgyzstan.

Some countries not only admit Russian citizens without a visa, but also do not require visitors from Russia to provide an international passport. Mostly, these are fellow post-Soviet states with close ties to Russia and a deep level of integration with the country. These countries include Belarus, Kazakhstan, Kyrgyzstan, as well as two states with limited recognition, South Ossetia and Abkhazia [unlike the U.S. and some other countries in Europe and beyond, Russia recognizes them as independent states]. Traveling to one of those destinations is akin to moving within the Russian borders, as an internal ID [also called passport in Russia] suffices to cross the international border.

Beware though! Some restrictions may apply due to the Covid-19 pandemic.

Where can the Russians go without a visa? 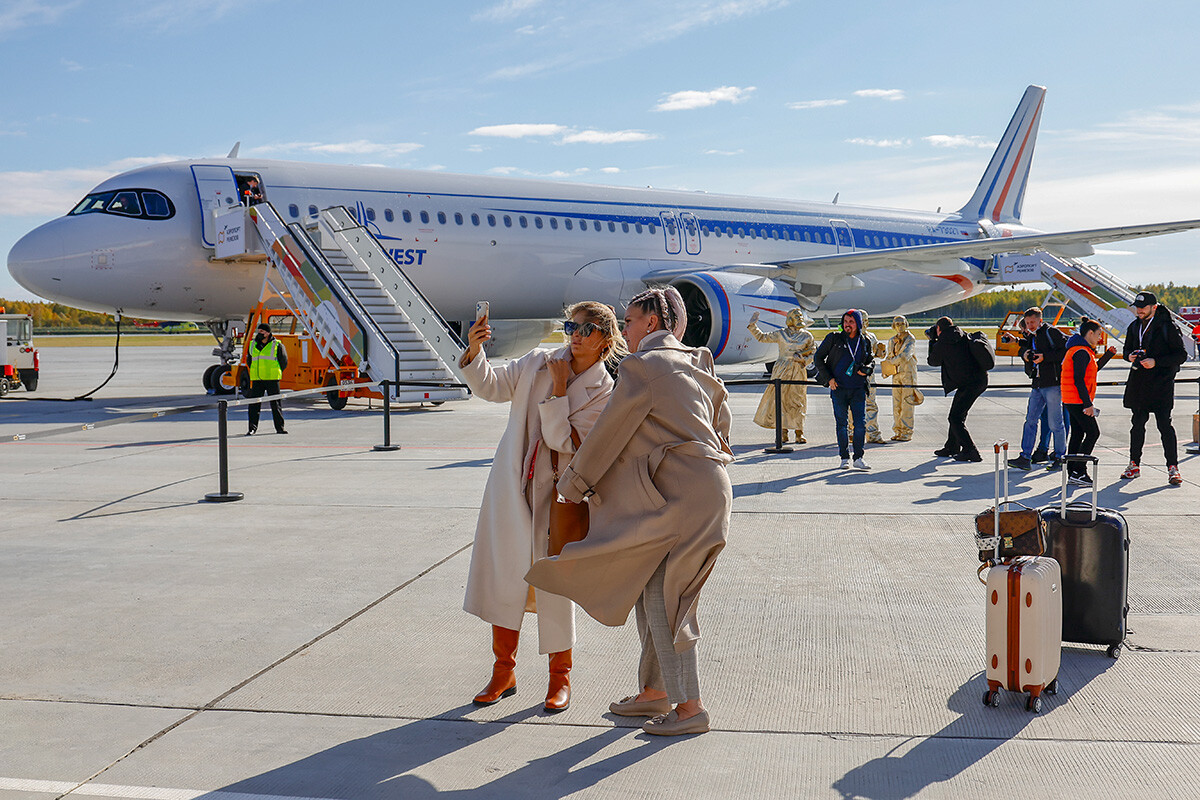 A view of the new Remezov Airpor in Tyumen region, Russia.

The list of countries that allow Russian citizens in without requiring a visa is long and extensive, covering almost all continents, North America being the only exception.

Some other states allowing temporary free entry to Russian citizens include the Bahamas, Bosnia and Herzegovina, Israel, Qatar, Macao, North Macedonia, Maldives, Seychelles, Serbia, Turkey, Ukraine and Montenegro. The list is not exhaustive.

Note that all of these countries require Russian citizens to have a visa if they intend to stay over a certain period of time. In some cases, a visa-free period may be as long as 90 days but in others it’s only 30, 21 or 14 days.

What countries issue a visa at the border for Russian citizens? 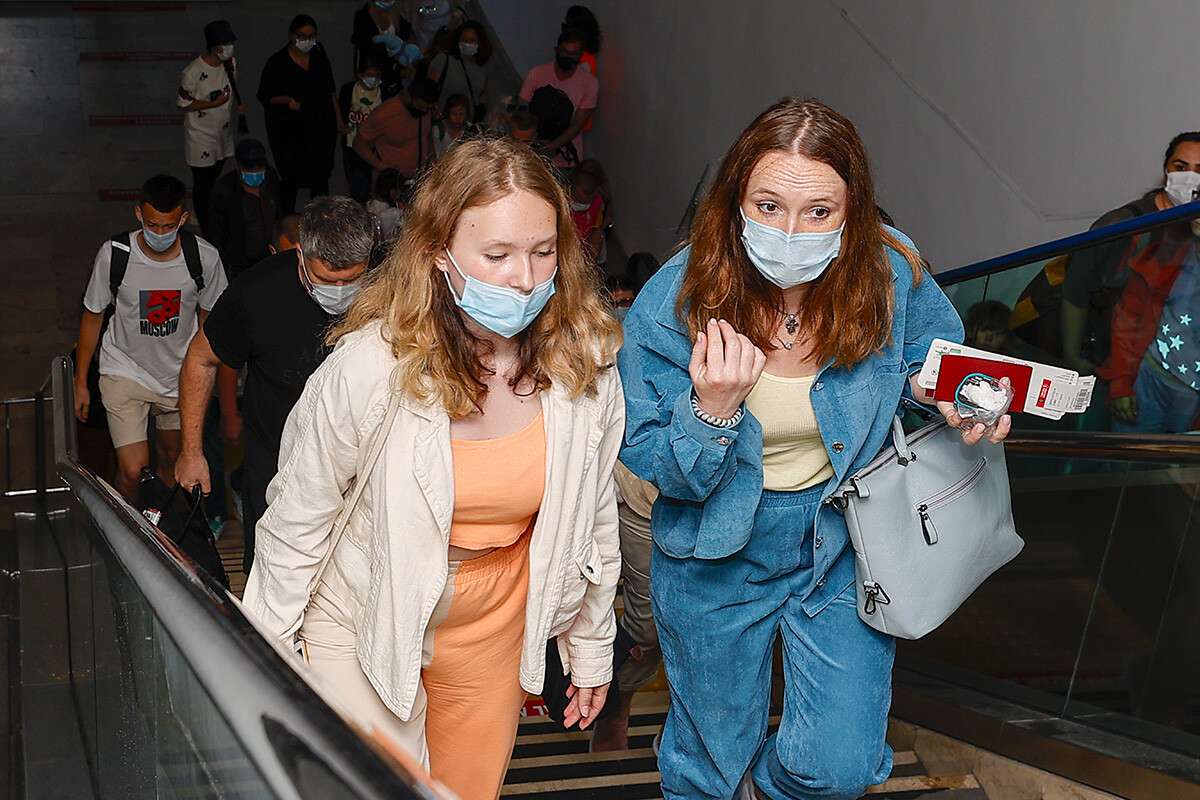 A tourist group from Russia.

Some countries require a visa from Russian citizens, but greatly simplify the process of receiving one. A Russian citizen may simply show up at the border, pay a certain fee and receive a visa on the spot.

Click here to find out how to get Russian citizenship.