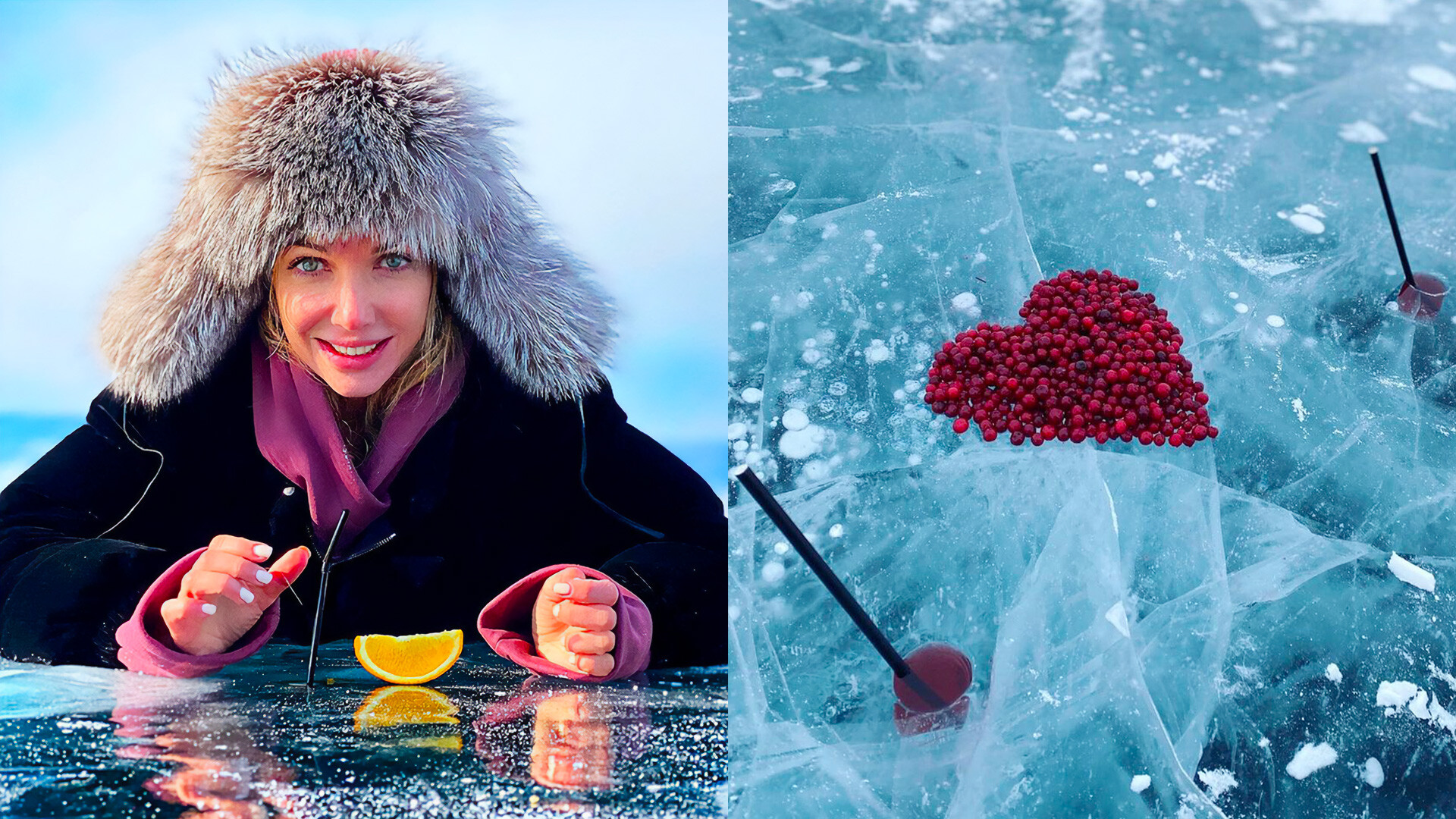 @minina_l, @latto4ka
Imagine: dozens of tourists lying on the frozen ice of the world's largest freshwater lake and diligently licking something out of it. No, it’s not water. But there’s a reasonable explanation.

Russian tourists are posting unusual photos on Instagram - lying on the ice of Lake Baikal, they are diligently licking or sucking something out of a tube that sticks right out of the ice. This action is called "Kissing Baikal". 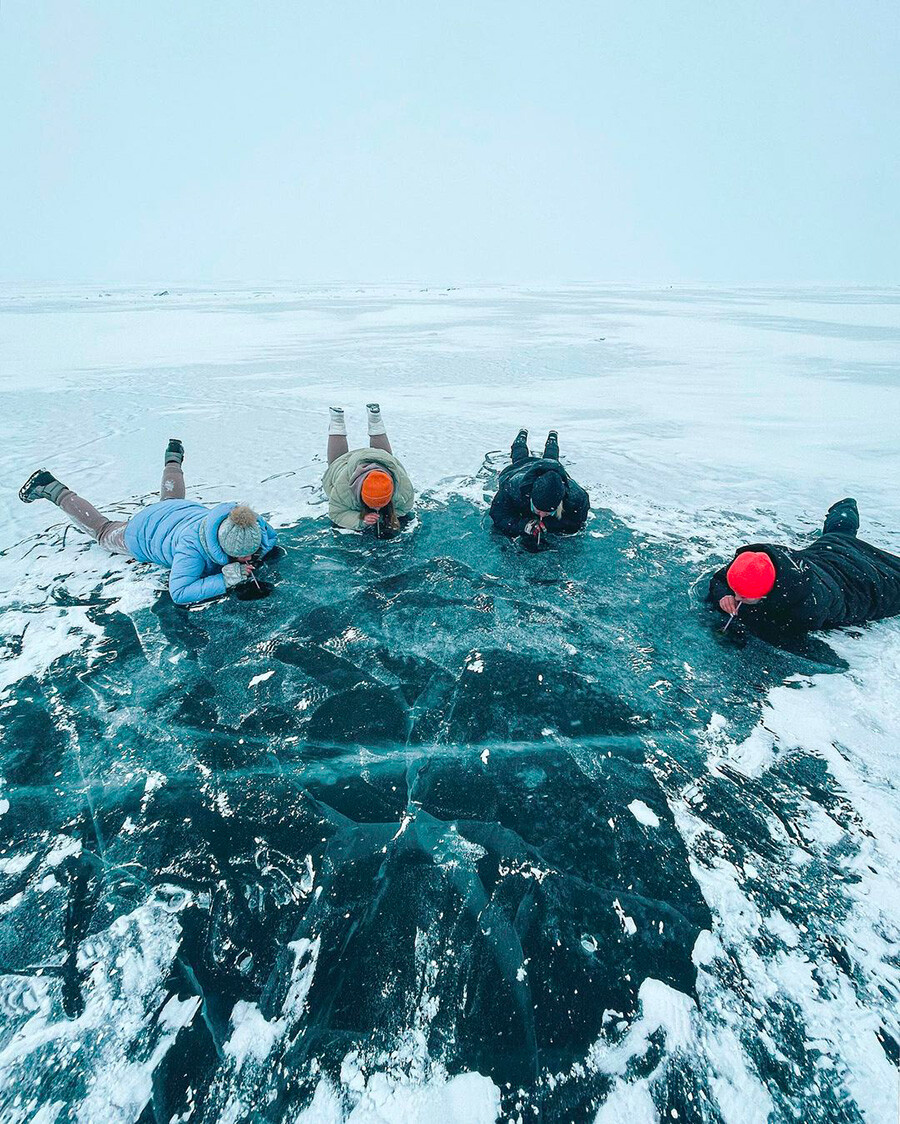 This entertainment was invented by tour guides back in 2019 originally for Chinese tourists, but then it became popular among Russians as well. "The kiss" is presented as a rite of initiation into "Baikalolubes." 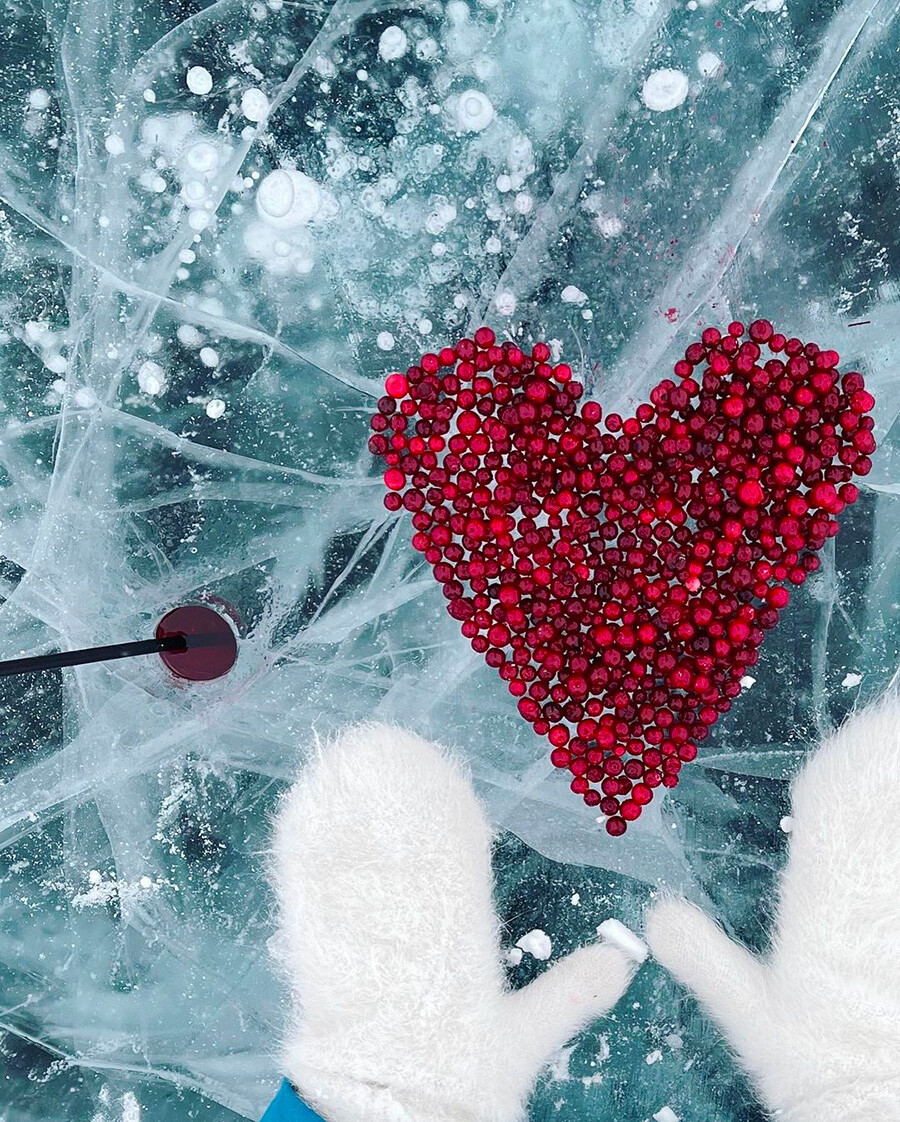 First, an ordinary screwdriver is used to cut a hole in the ice, resembling a shot glass. 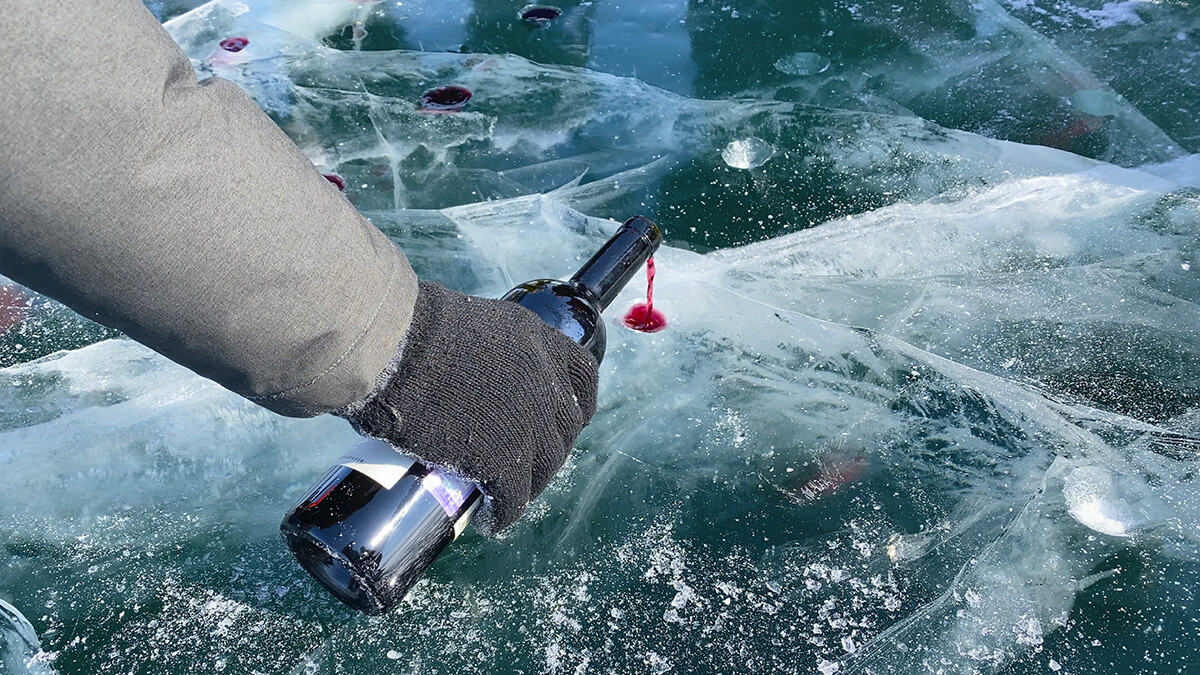 Kiss of Baikal is entertainment for tourists. A man pours wine into improvised glasses from frozen Lake Baikal

Then alcohol is poured into it: tincture, vodka, cognac, champagne, sometimes wine, and even jager. 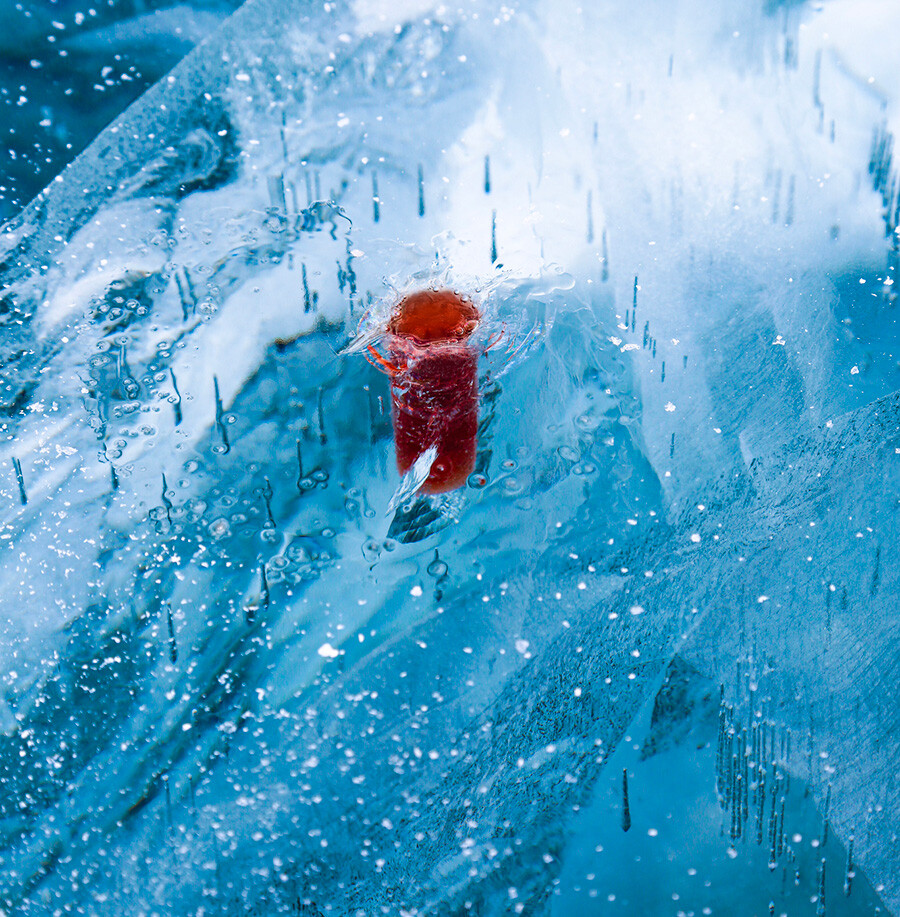 The tourist lies down on the ice and drinks his shot.

The new "custom" is to drink the cocktail without a straw, directly touching Baikal with your lips, but you can also use a straw. 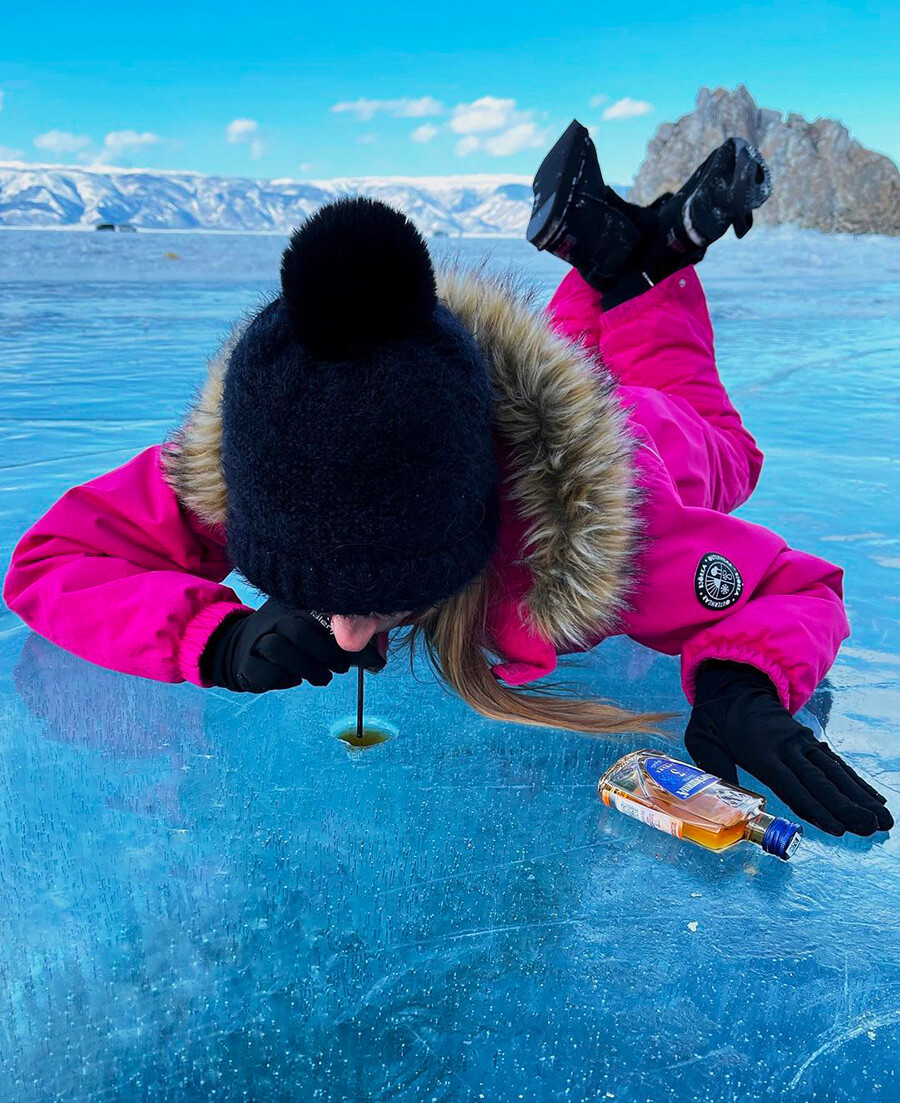 The "Kiss" is snacked with berries - lingonberries, cranberries or cloudberries, and more rarely - slices of lemon or tangerine. 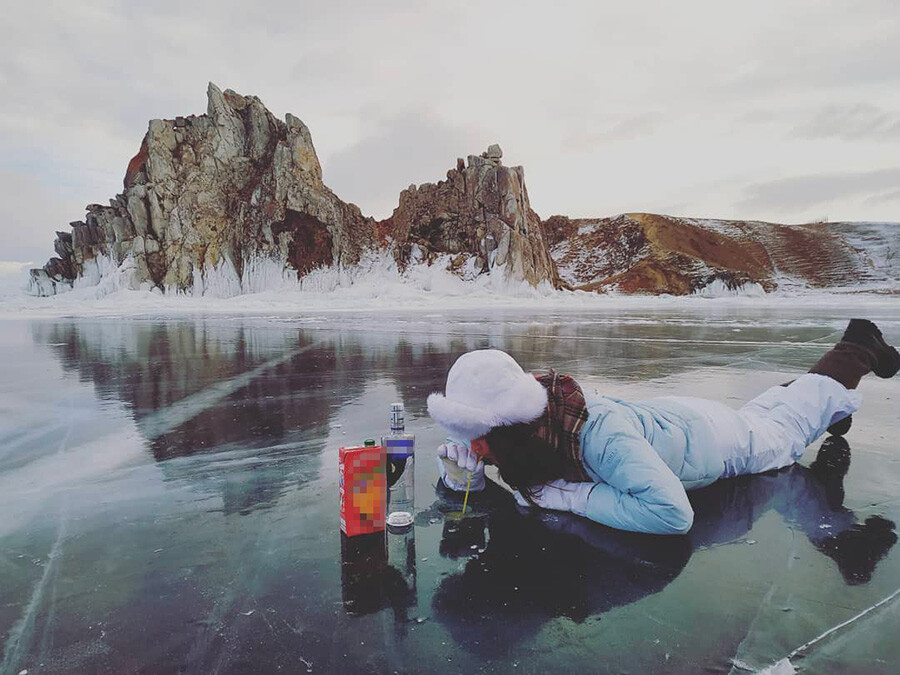 "It felt like fun to drink from the hole. Everybody liked it very much, the drivers were asked to drill new holes. On the third day of the trip we made our own holes and kissed Baikal,” Ksenya recalled.

Another tourist, Anna, said that "kissing" cheered her up. 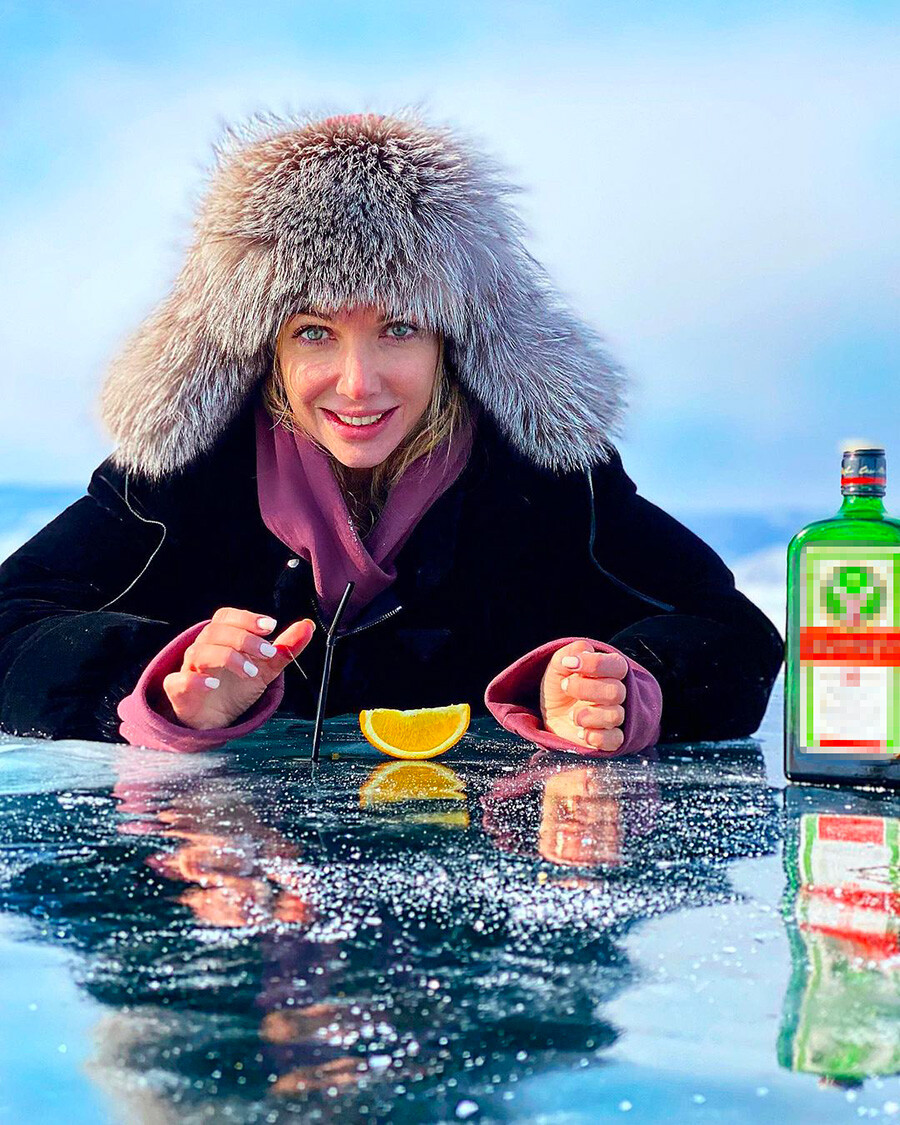 "It energized me so much that it captivated me for days. In Baikal I found my inner energy source and began my journey of better knowing myself. I never thought that prickly snowflakes would leave such a mark on my soul and that I would fall in love with ice. Even just looking at Baikal ice is already a pleasure and even gives a sense of peace,” Anna shared.