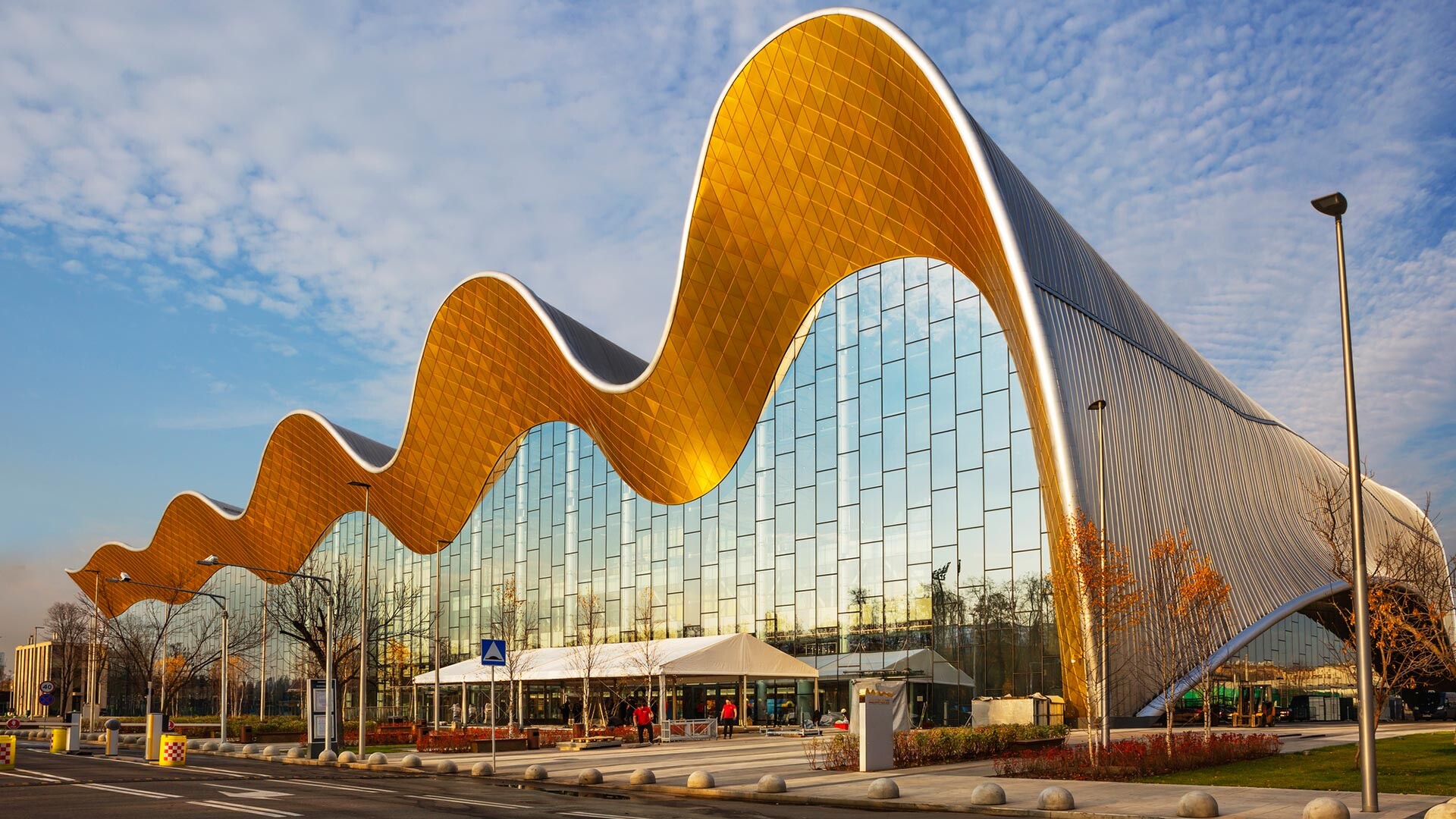 Legion Media
A sports arena with a ribbon roof, a kindergarten where the roof is a playground and a fresh perspective on cubism. What is modern Moscow architecture really like?

When visiting Moscow, you come across buildings belonging to completely different historical periods: from 15th century churches to the bold avant-garde of the early USSR, the brutal Stalinist architecture of the 1950s and all the way up to the monotonous panel apartment blocks of the Perestroika and gigantic shopping malls of the “wild 1990s”. We look at the most curious examples of new and innovative architecture that appeared in the Russian capital in the past year. 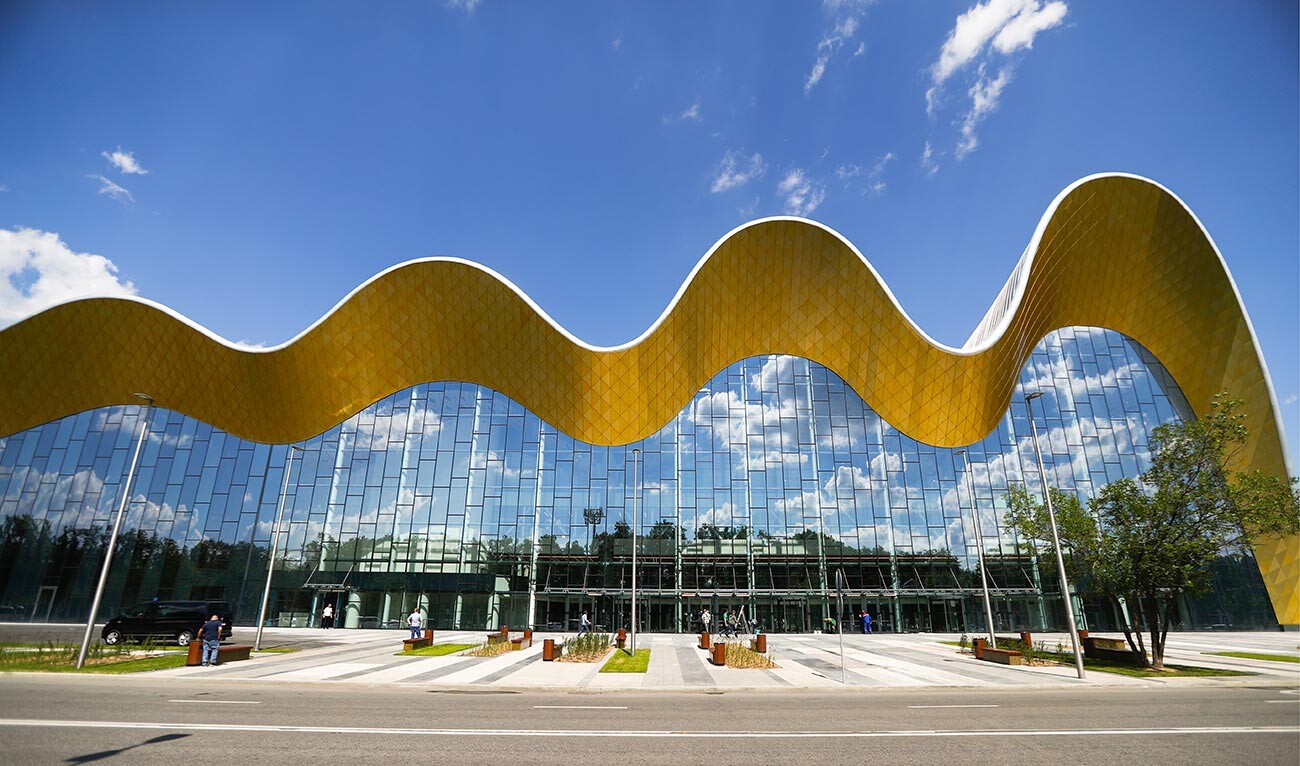 The new sports arena opened on the territory of the ‘Luzhniki’ Olympic complex in 2019. Construction took place under the leadership of Moscow’s main architect, Sergey Kuznetsov, and carries the name of the famous rhythmic gymnastics coach Irina Viner-Usmanova, who trained Olympic champions Yulia Barsukova and Evgeniya Kanayeva, among others. 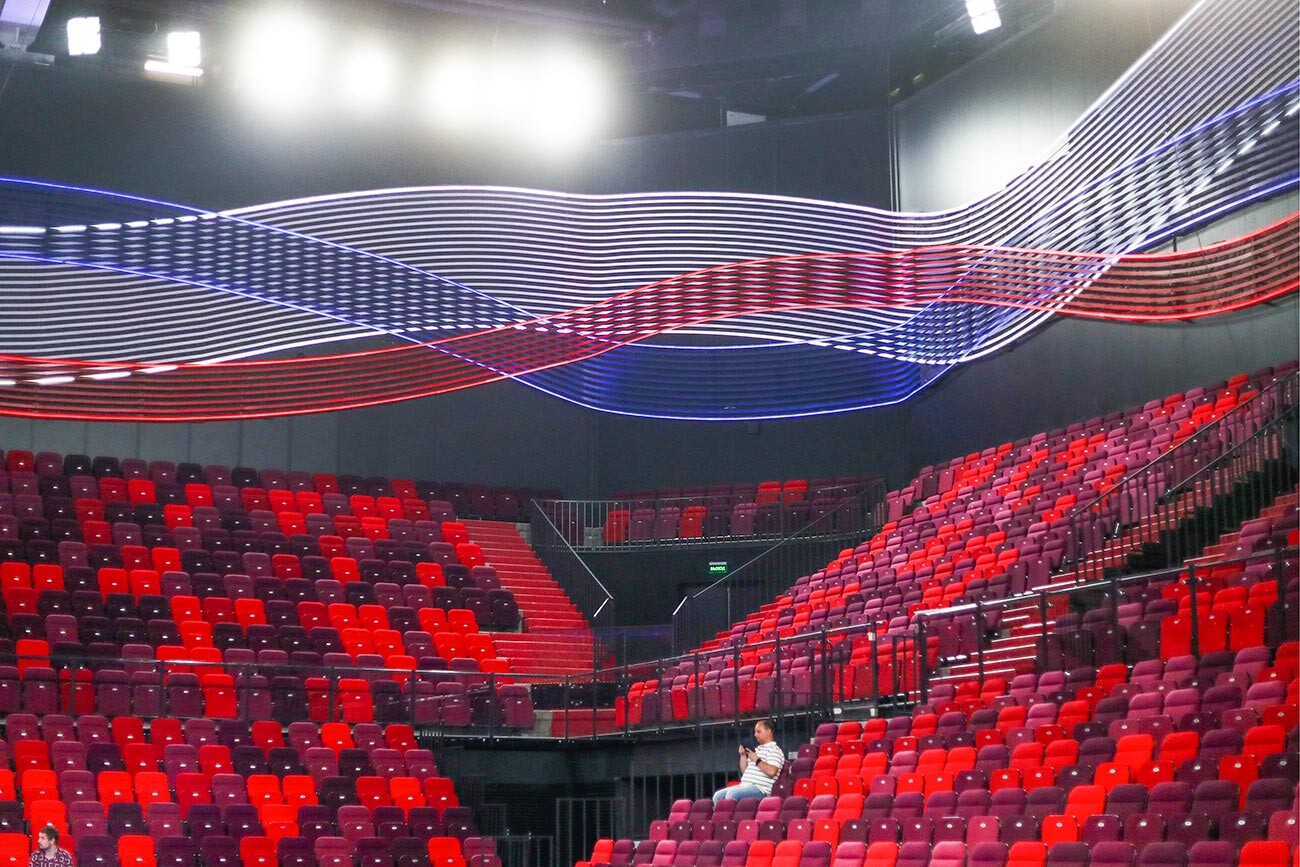 The gymnastics hall took only two years to build. Its standout feature is its roof, which imitates a gymnastics ribbon. The arena inside has a capacity of 4,000. The gymnastics hall has already managed to get several architectural awards for its architecture - including for the best sports object in the country and the international MIPIM award for ‘Best Cultural and Sports Infrastructure’ in 2020. 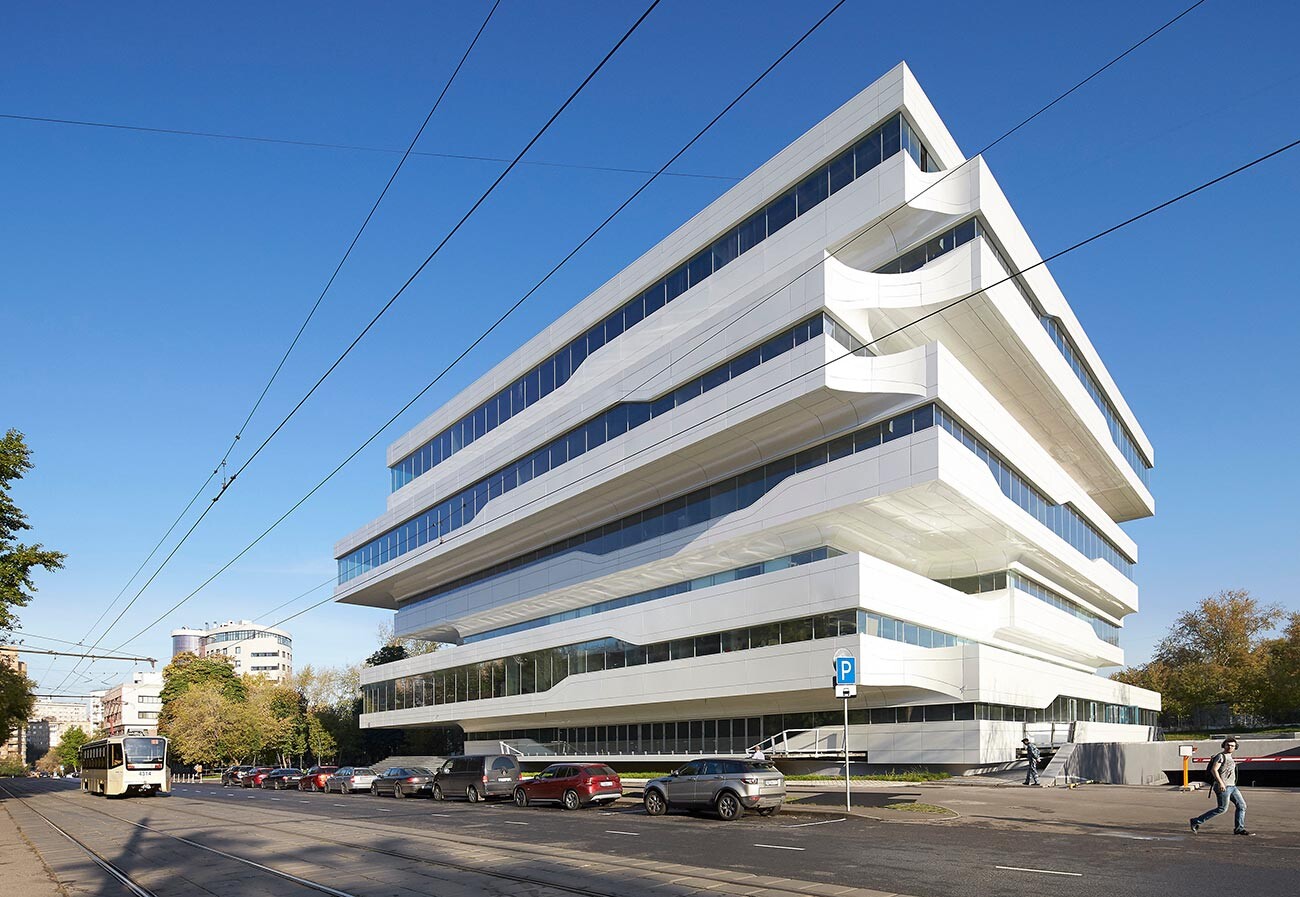 The business center, designed by the Zaha Hadid Architects bureau, opened in 2015 in Moscow’s southeast. Due to its not very convenient distance from other business districts of Moscow, the center did not gain much popularity and was sold in 2021 to new owners. However, when it comes to architecture, it truly stands out from the crowd. 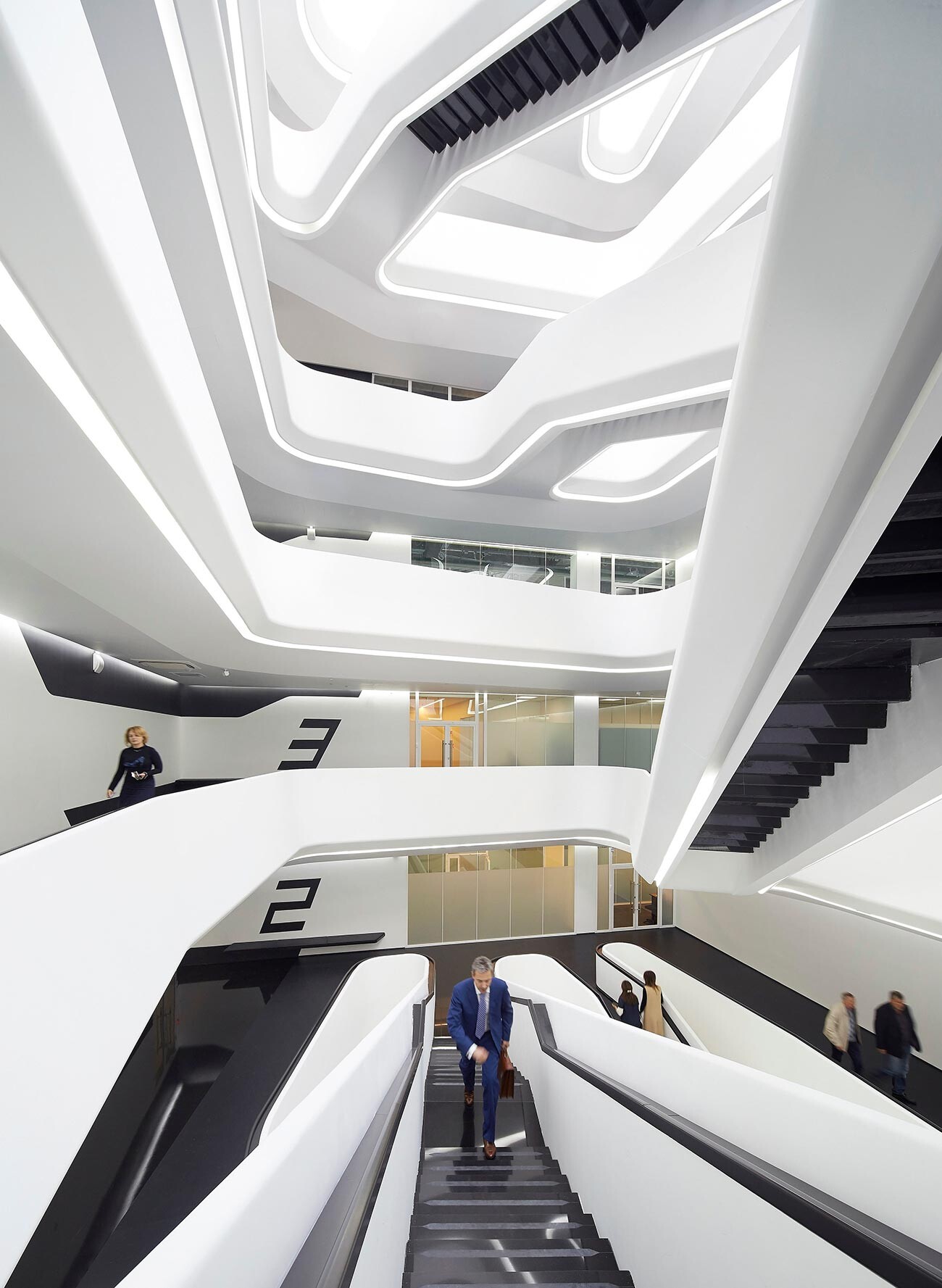 Russian avant-garde served as inspiration during the design that contains deviated tectonic plates. The building’s facade is covered in panels that change color depending on the lighting conditions.

To the naked eye, it looks somewhat asymmetrical. There’s a lot of open space inside, with most of it housing modern office spaces. “It resembles Jenga, a stack of books or a cake with sliding layers,” Russian urbanist and blogger Ilya Varlamov wrote, including it in his top 10 list of most beautiful Moscow buildings in 2016.

The school is located in the Khoroshyovo-Mnevniki district in Moscow’s northwest. The key concept here is transparency. The outside features massive windows, from floor to ceiling, with panels imitating tree trunks. The interior, meanwhile, boasts floating staircases with glass elements. 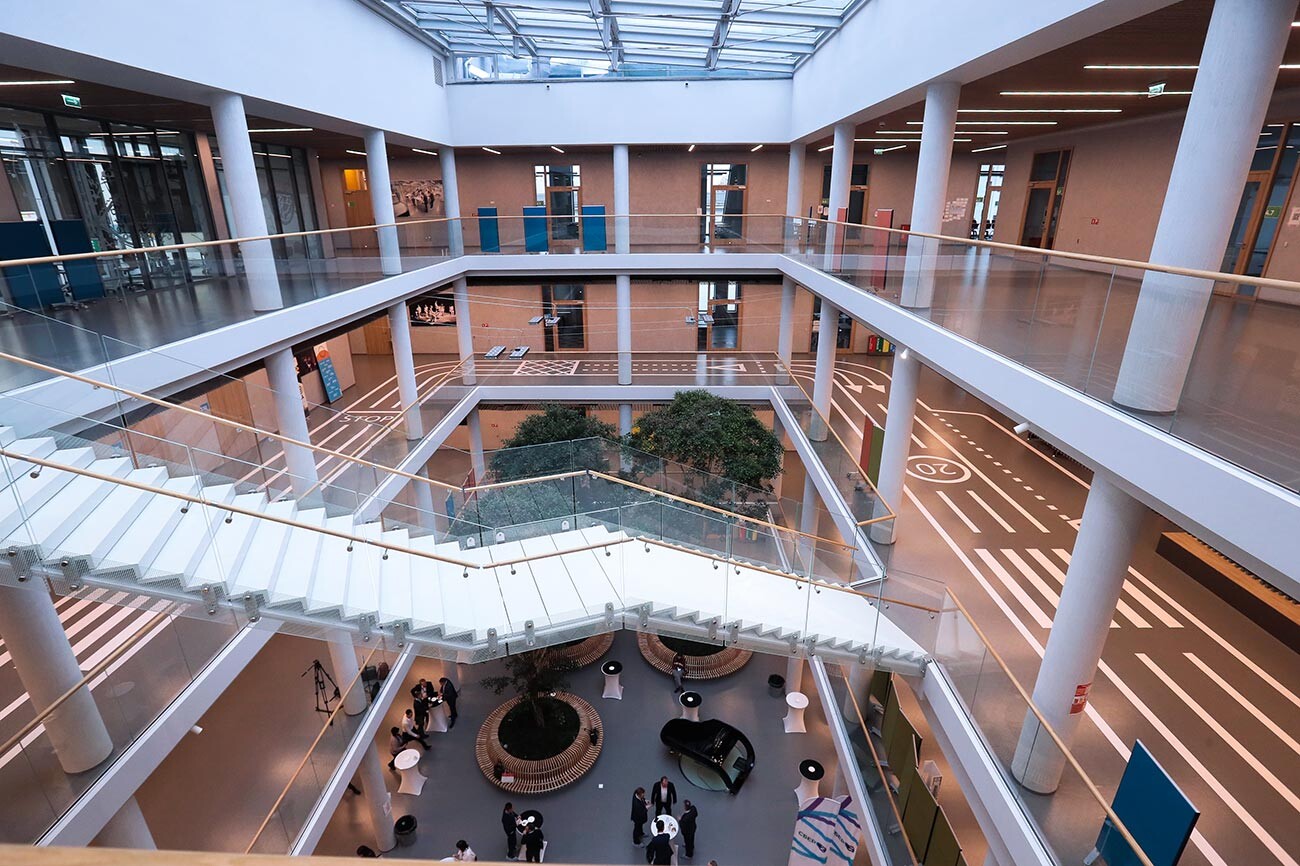 The expertise of architects and teachers alike was implemented in the school’s design. A decision was made to move away from the idea of standard school classrooms and replace them with halls, capable of being used for a variety of educational needs. There are laboratories, classrooms designed for robotics, as well as ones suited for computer modeling, a gym, swimming pool and many other specialized auditoriums. The building has also been outfitted with the ‘Smart Home’ system.

In the five years since the school’s inception, it has received several architecture awards - among them ‘Re-Thinking the Future’ in the ‘Concept of General Education Institutions’ category. 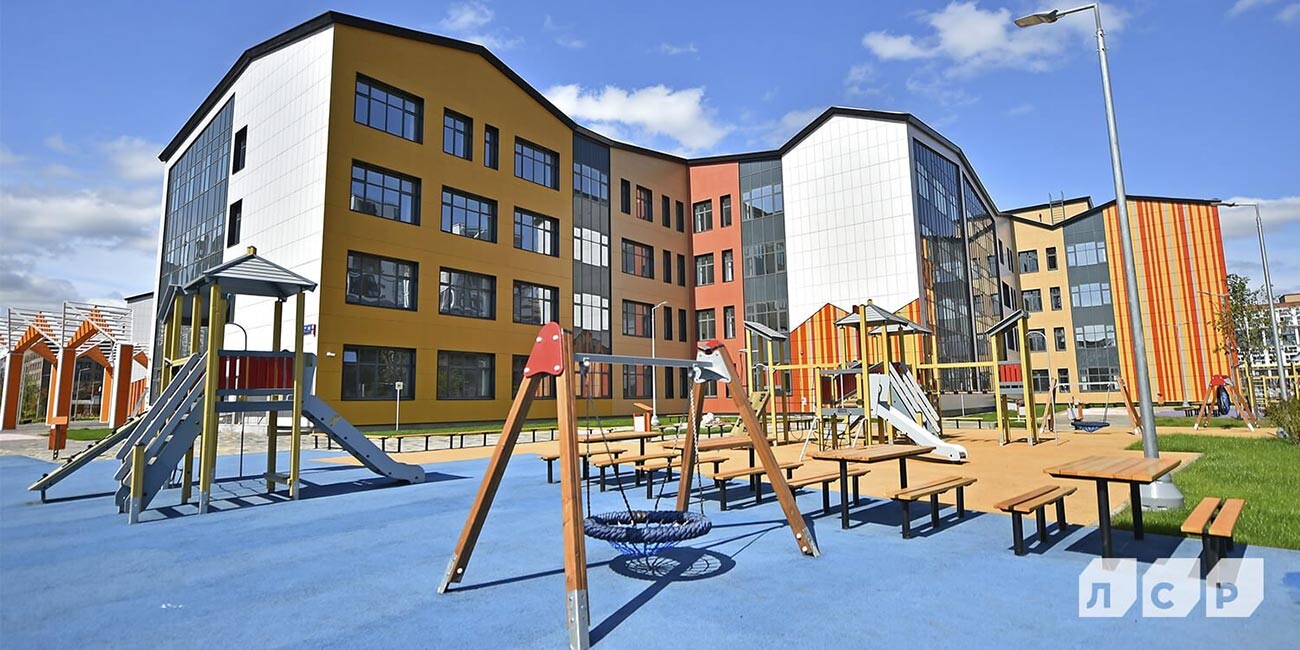 Another atypical new building in Moscow can be found on the territory of the former ‘ZIL’ auto plant, next to the ‘ZILART’ residential complex. It is based around a system of campuses: aside from classrooms, it also features a hi-tech workshop, used for teaching classes in natural sciences and IT, as well as several gyms. 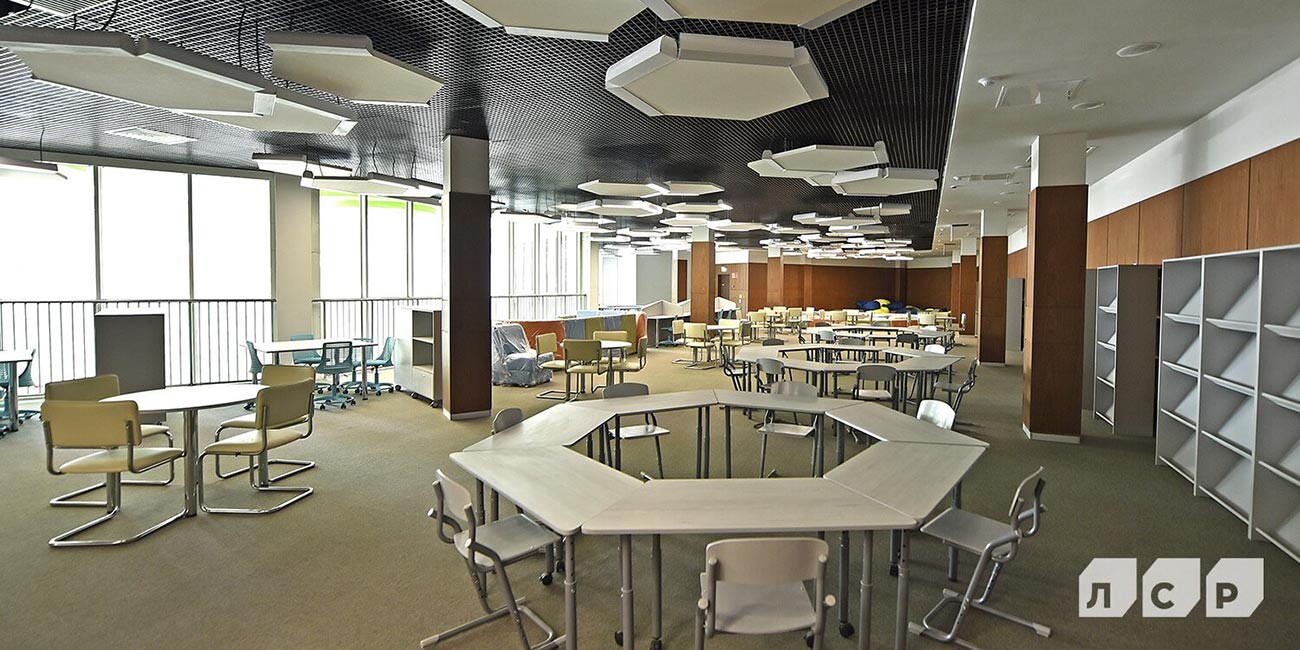 Having opened in 2019, it has received the honor of being considered by Moscow authorities to be the best educational building design.

By the way, it’s also the largest school in Russia, capable of accommodating up to 2,500 students. 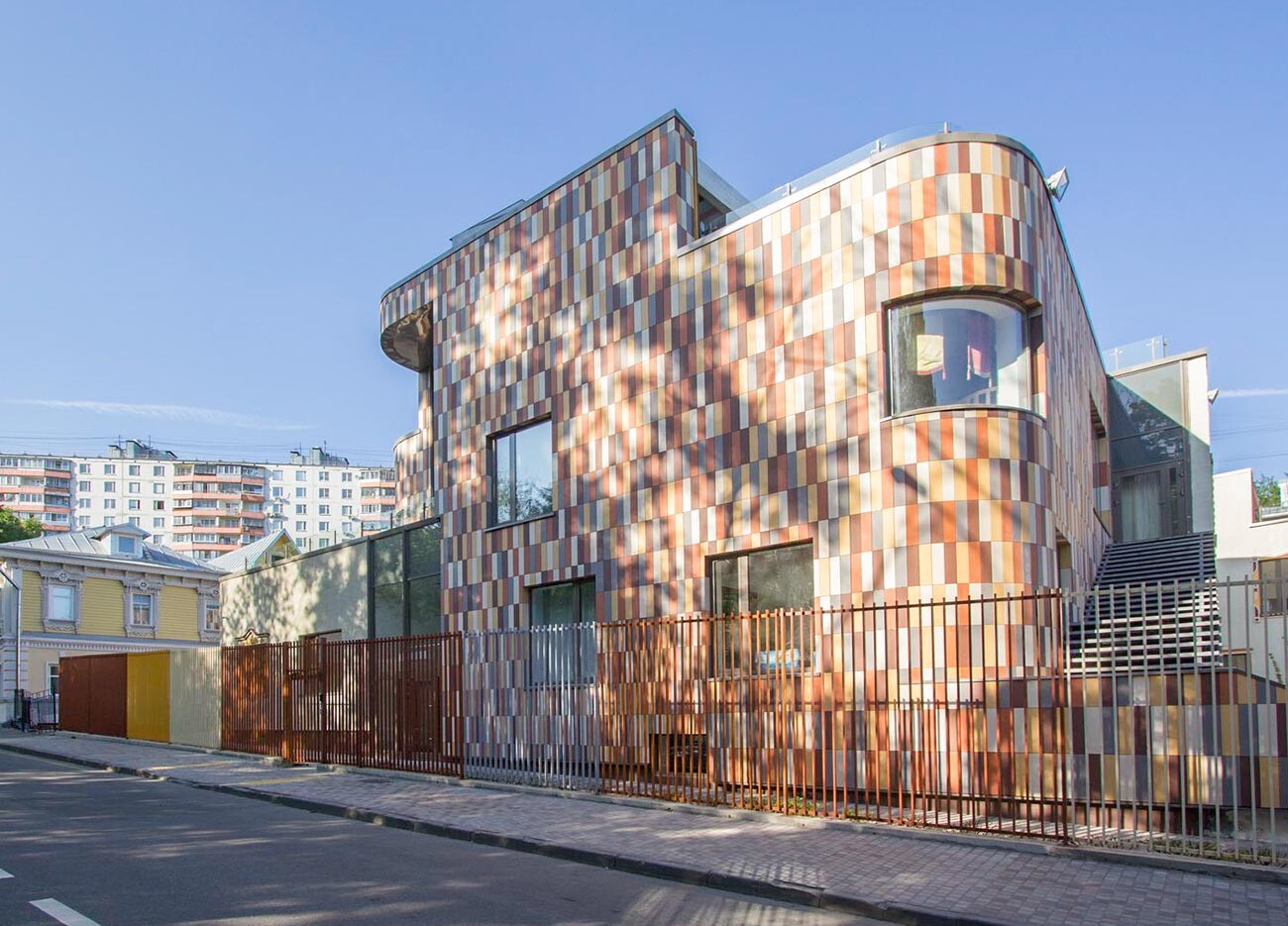 “I’d have loved to have gone to a kindergarten like that,” numerous parents of the children enrolled here have commented.

This is, pershaps, the most original kindergarten design in the capital. The building is located on Maly Poluyarsavsky Lane on the outer edge of downtown Moscow. The Asadov bureau is behind the project. The territory is not very large and has adopted the original concept of converting the roof into a place for daytime walks and activities. There are also outside areas on both the second and third floors, sporting their own terraces. The building itself resembles a sea ship. 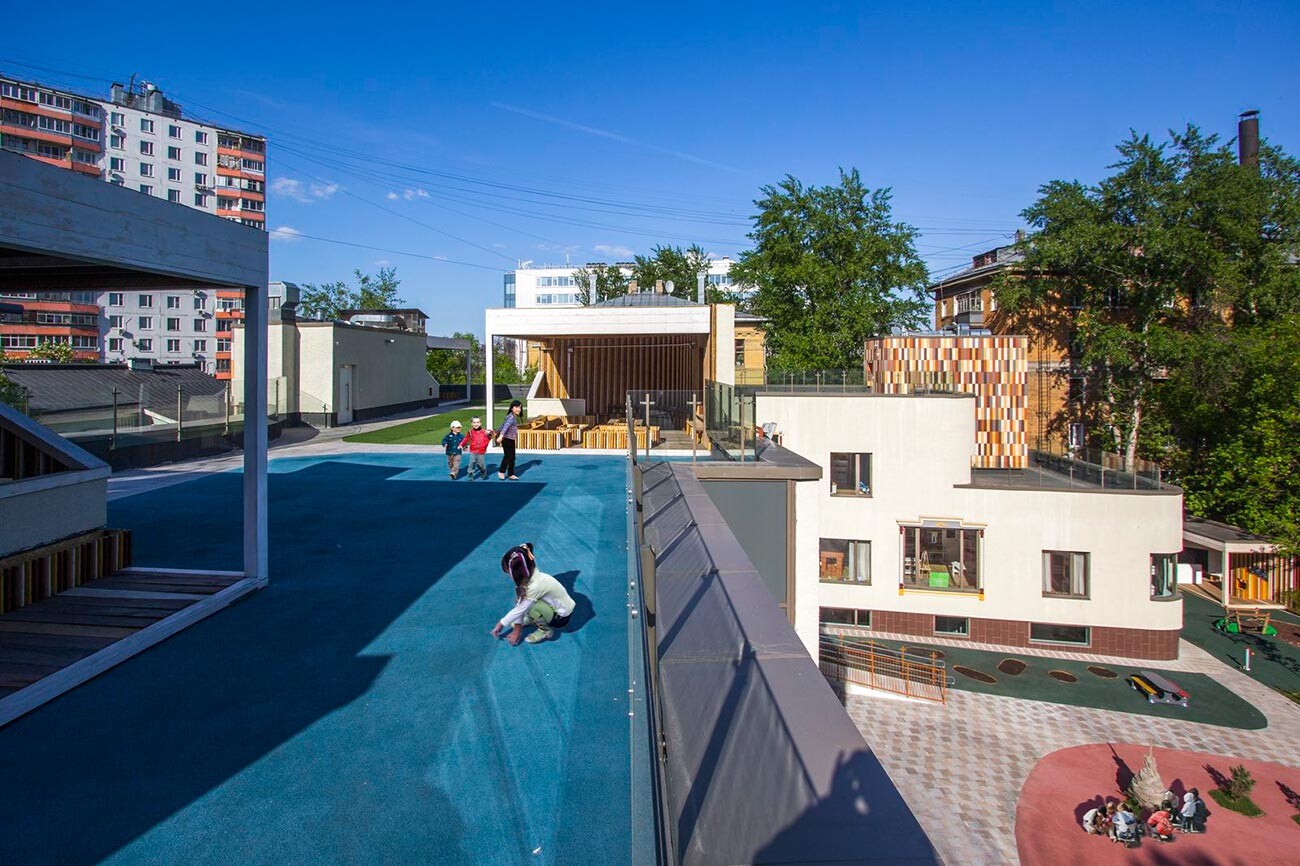 The project was not easy to realize: the designers had to consider not only the aesthetics, but also children’s safety. No engineering decision here is accidental. The building consists of two perpendicular blocks, shielding the playgrounds from wind, while the western facade contains a semicircular glass insert, allowing for a firetruck to maneuver through the territory.

The windows feature improvised designs, inspired by traditional Russian platbands from different regions. There are also plenty of areas inside with curved contours, which the children really love. 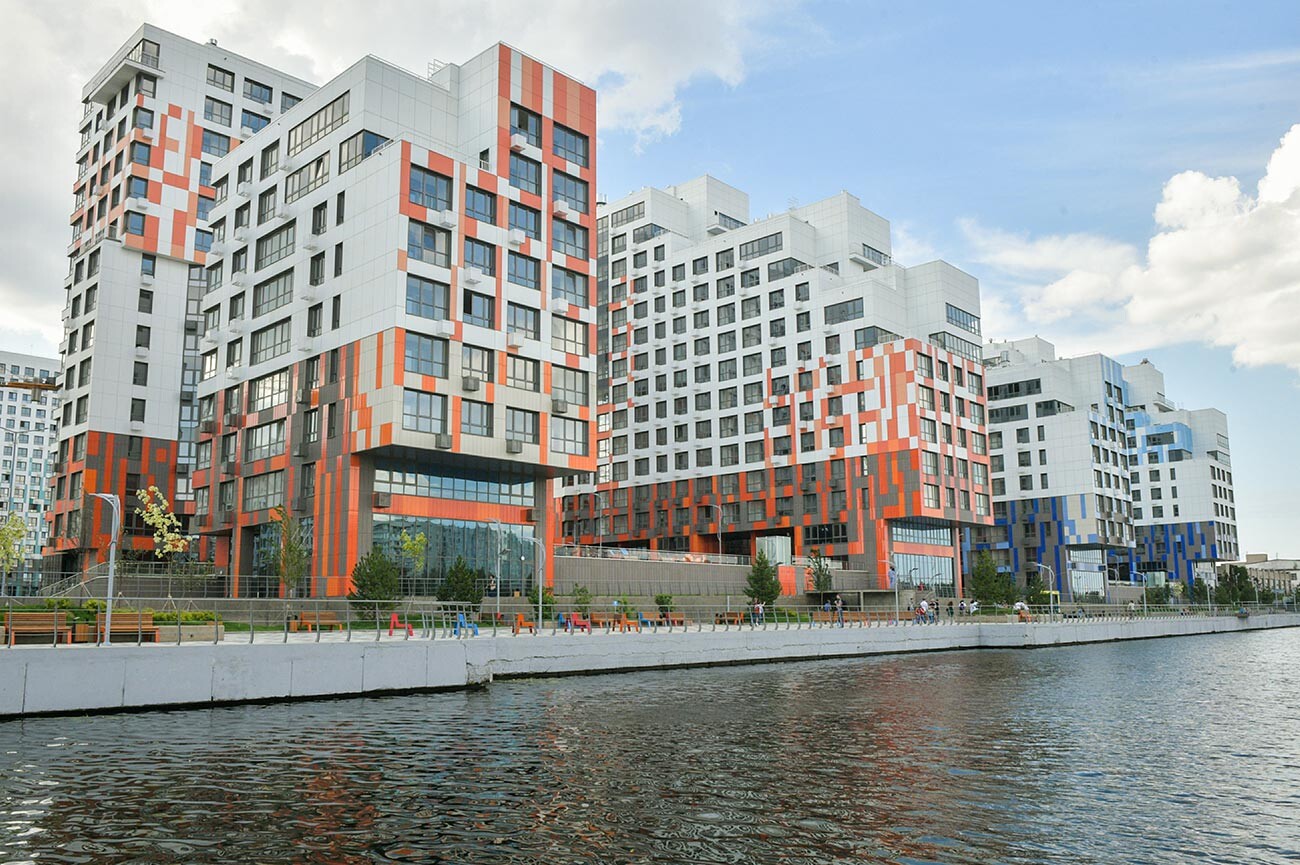 In the south of Moscow, there is the Nagatinsky Zaton District, which stands on the very bank of the Moscow River. Here, a few years ago, a new city block called ‘River Park’ appeared with houses boasting wave-like facades, reminiscent of the proximity to the water. 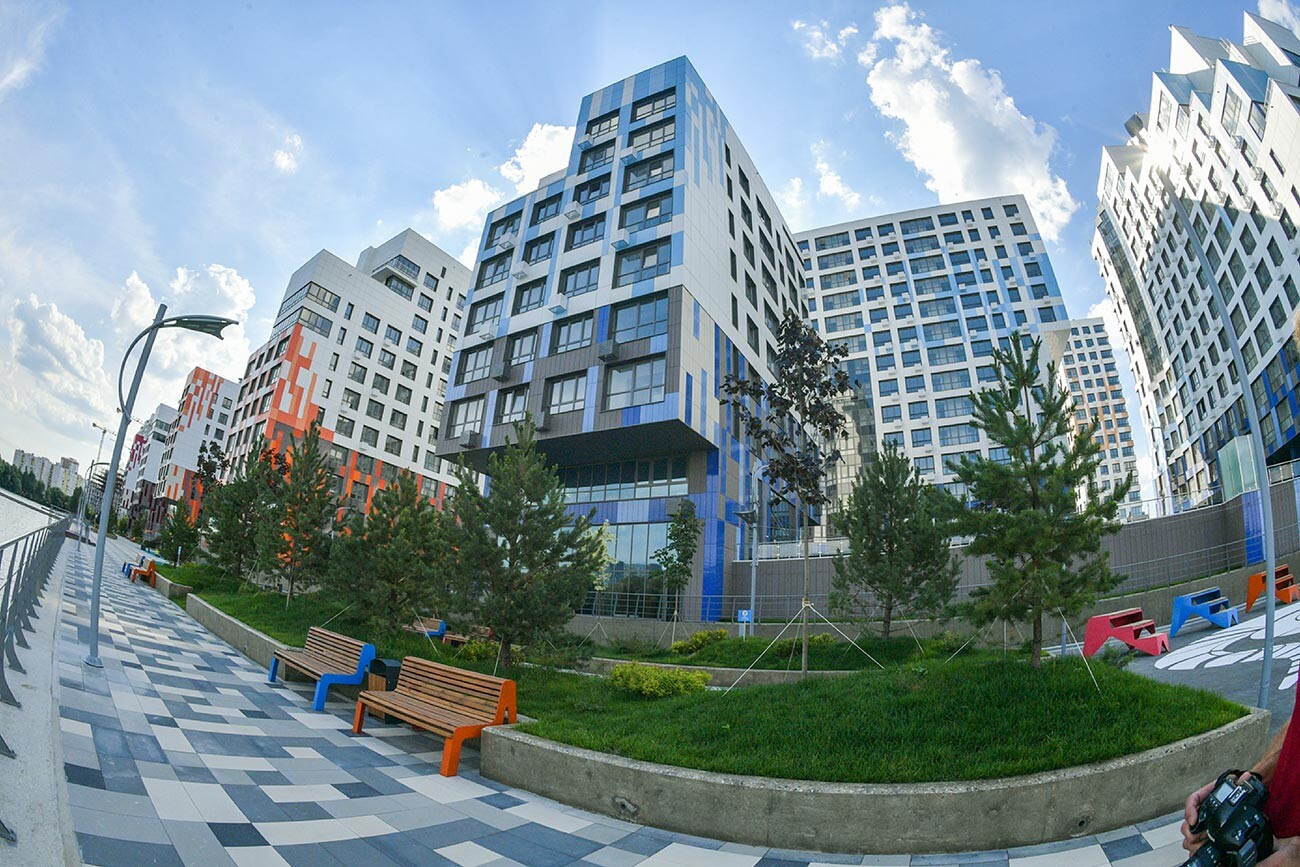 The architects also built a wide embankment open for everyone with several levels, where you can find sports grounds, verandas and cafes. In 2021, one of the buildings of this quarter won the competition for the best architectural solutions of the Global Future Design Awards in the Residential Architecture Concept nomination. 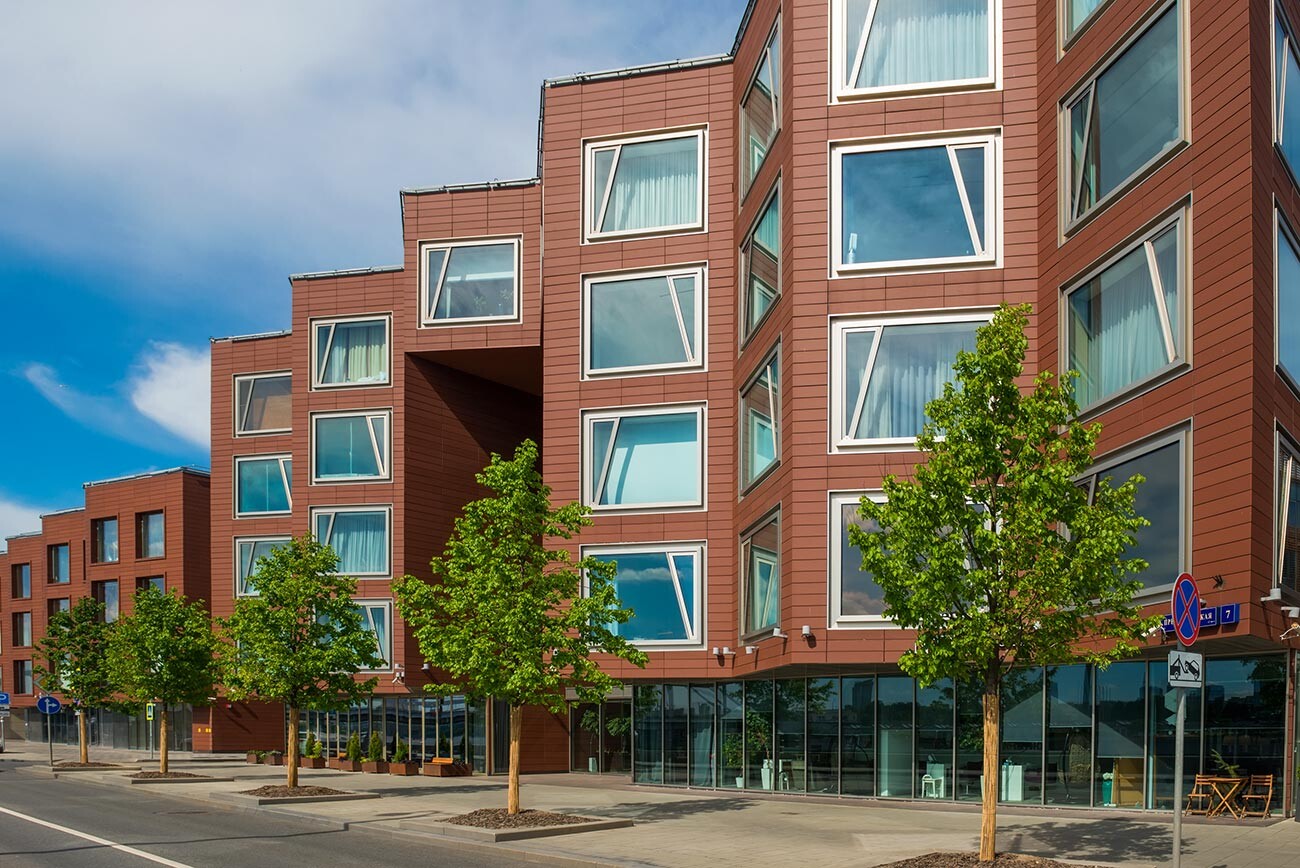 This apartment complex, built in 2015, is situated on an embankment right in the center of Moscow. Prechistenskaya Naberezhnaya culminates at Gorky Park - one of the liveliest areas in Moscow. It was difficult inserting a modern building into an environment filled with rustic architecture, but the result proved to be both interesting and unobtrusive, without ruining the overall landscape. 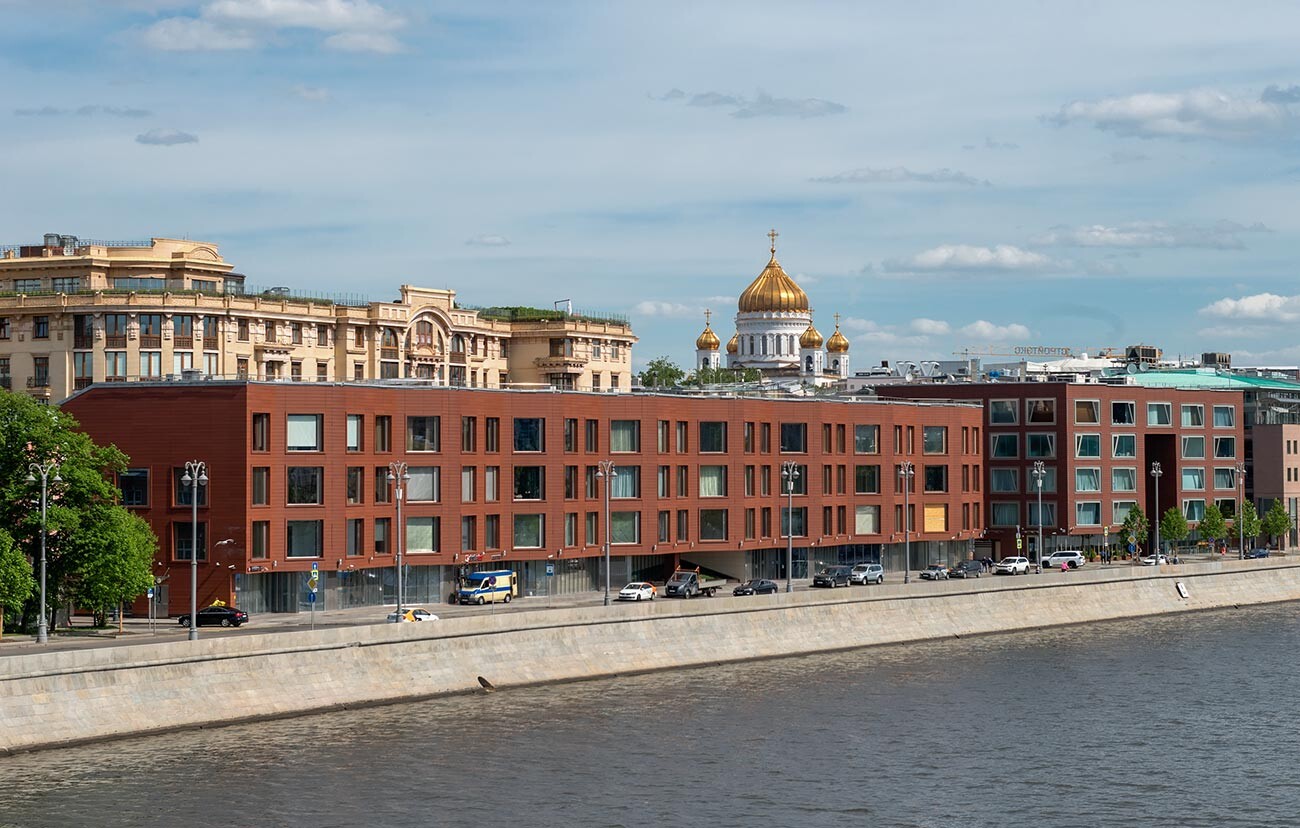 The apartment complex consists of a long four-story building with an avant-garde facade reminiscent of the cubist era. Ceramic plates were used for the outside, while the interior has been fashioned with wood and marble.