5 secrets of the unassailable Kronstadt island fortress outside St. Petersburg 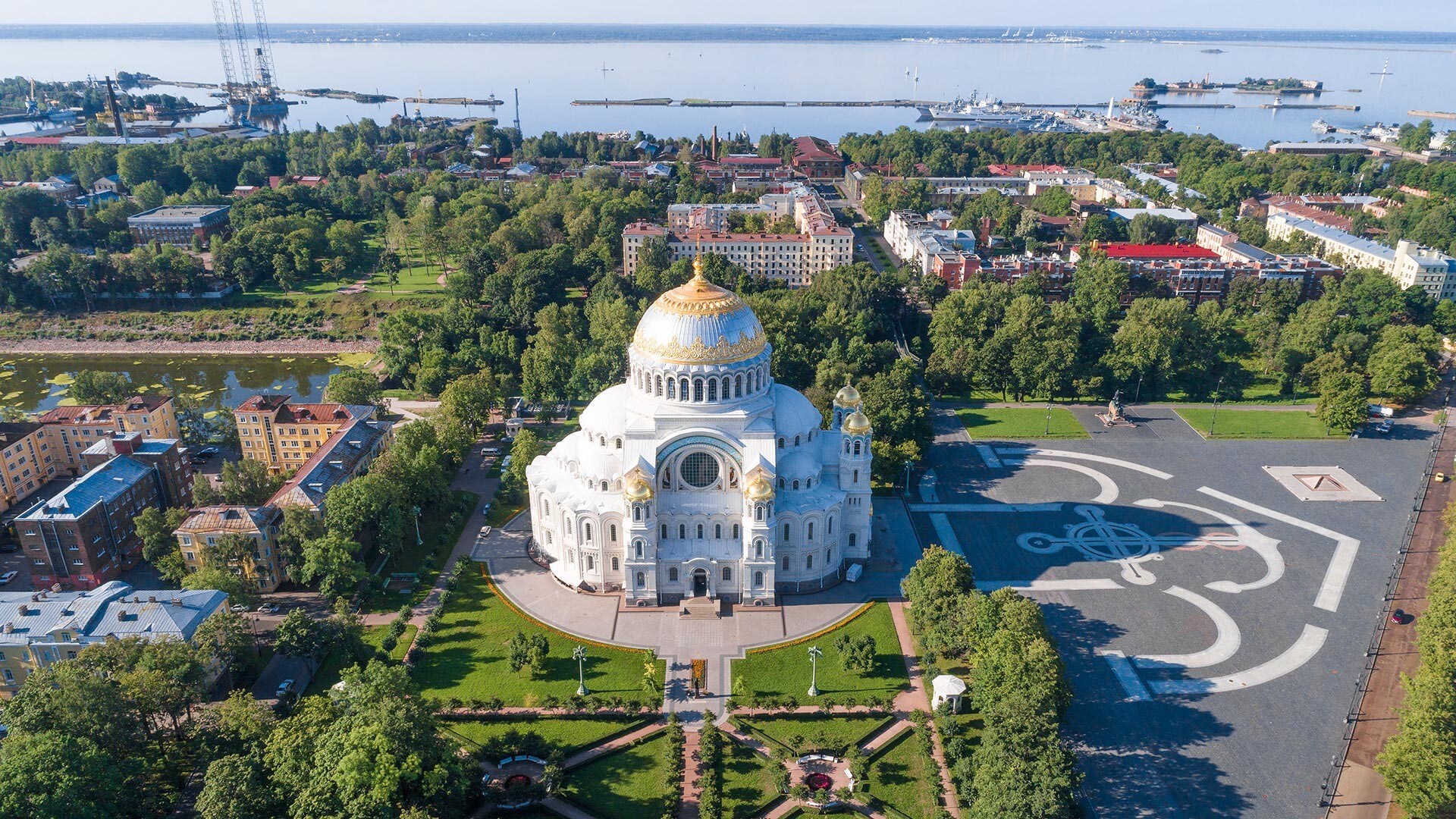 The view of Kronstadt.

Legion Media
Huge docks, a defensive fort system, an ingenious device for sea level measurement - this town has got some unbelievable hydrotechnical structures from the last several hundred years. And they’re still functioning.

St. Petersburg, founded in 1703, should not only have become a new capital, but also a “window onto Europe” - the key port of the Russian Empire. Of course, it required protection from all manner of unwanted incursions, on the one hand, and the possession of a convenient passage for trading vessels, on the other. To do this, the island of Kotlin, about 30 kilometers north of the city, on the border between Sweden and Russia, was chosen as a construction site for an entire system of military fortifications. The island fortress, surrounded by forts, grew so much that it ended up being called Kronstadt - “the crown city”. 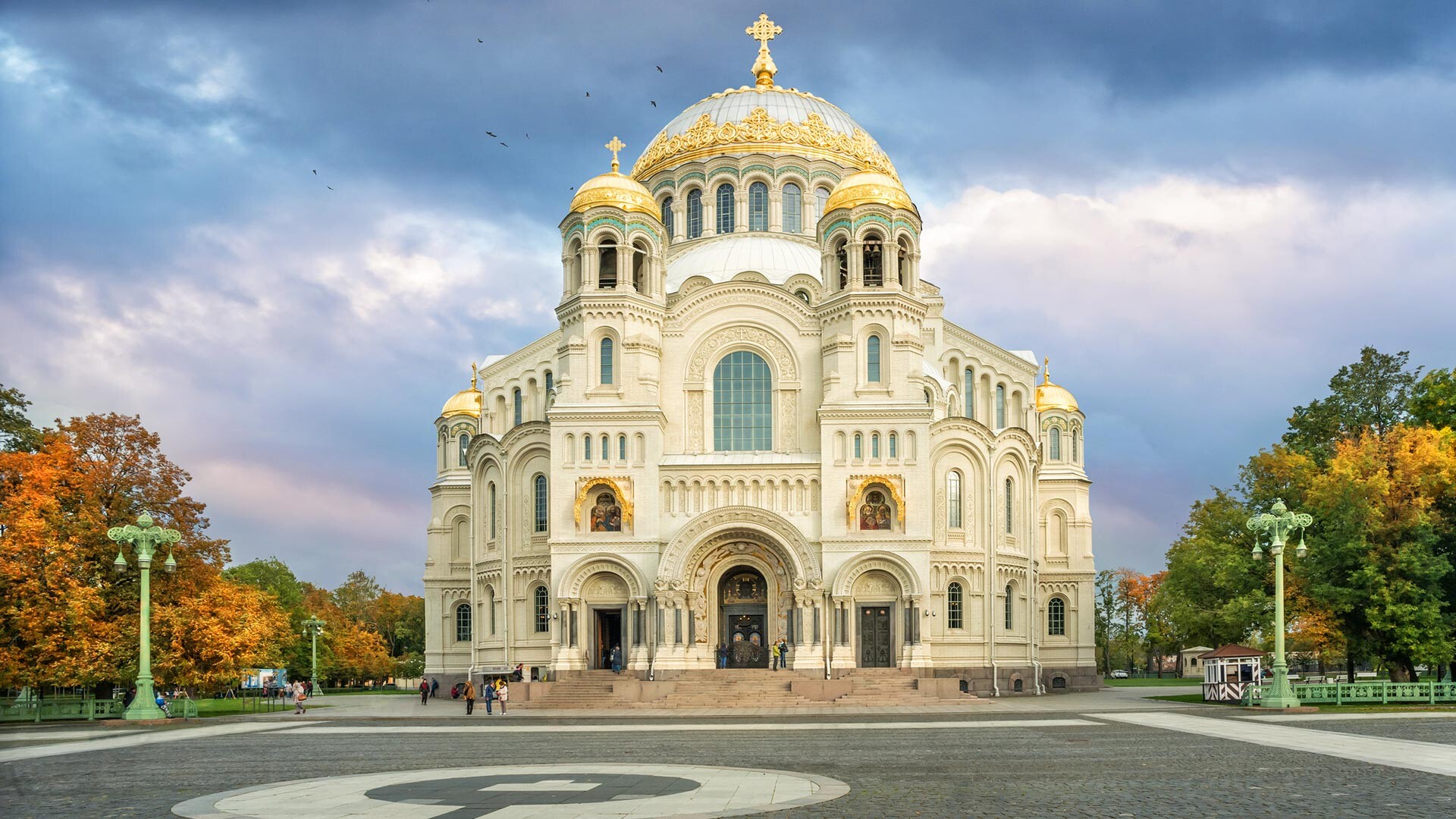 Kronstadt is a small island town with 45,000 inhabitants and a naval fortress in the center. The structure was erected in 1723 and continuously reconstructed until the start of the 20th century. The general planning was approved by Peter I himself, who is also credited with many of the engineering ideas there.

Inside, you will find a mortar battery complex, defense barracks and a moat. Pay attention to the Naval Cathedral of St. Nicholas on the main square. The cast iron sidewalk there is an incredibly rare site today. 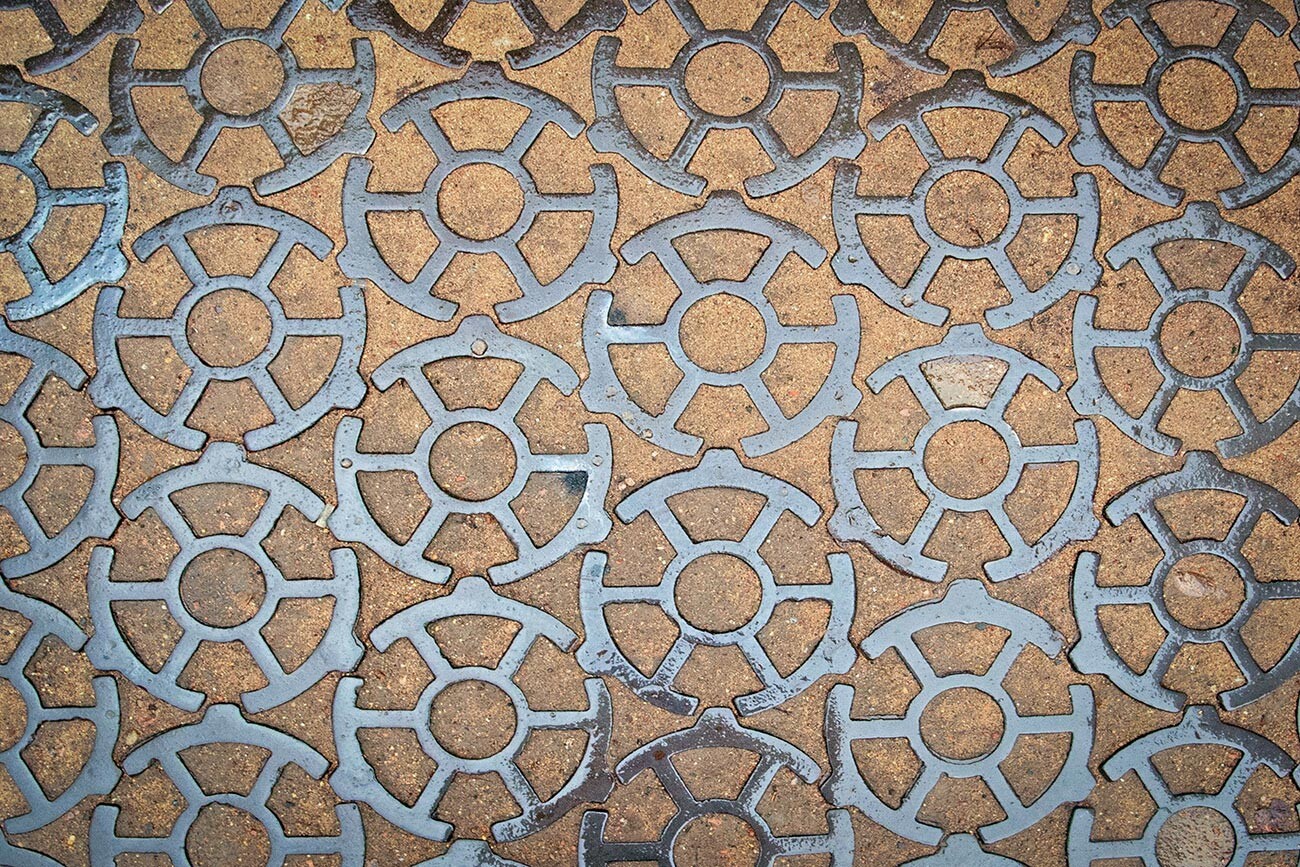 The citadel itself defends Kronstadt from the west, north and east. The southern embankment, meanwhile, houses five artificial harbors, used by both trade and military vessels. They’re built in such a way as to protect bigger ships from strong Baltic winds.

Strong winds and floods would regularly befall Kronstadt - so strong that, in 1824, the fortress had to be rebuilt. Since then, the town has remained practically unchanged. 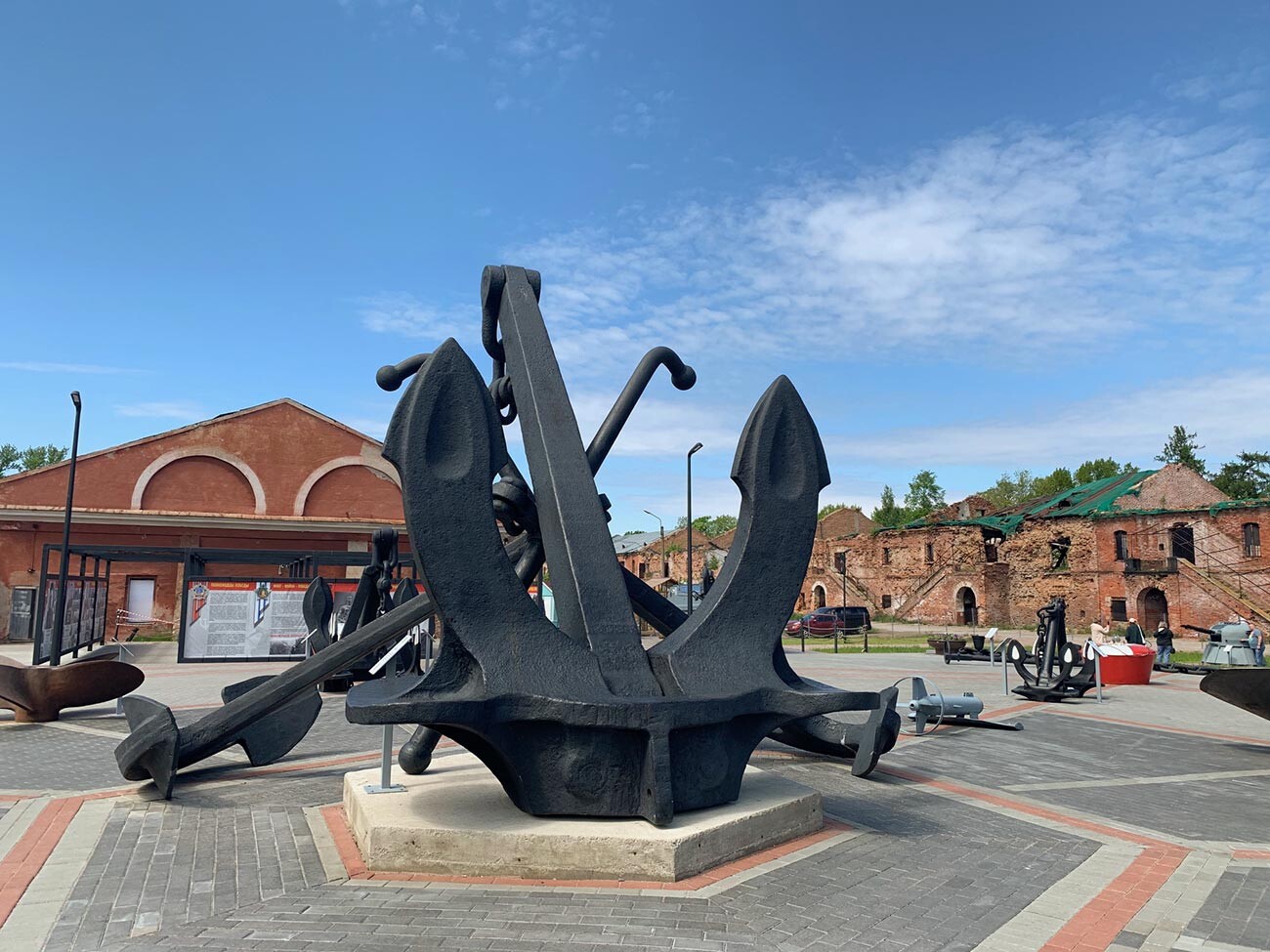 Inside the Kronstadt fortress.

Today, the harbors serve as a starting stop for a day trip to the forts.

In Soviet times, Kronstadt was a closed city. Today, it’s open to visitors, who can take the road linking it to St. Petersburg. 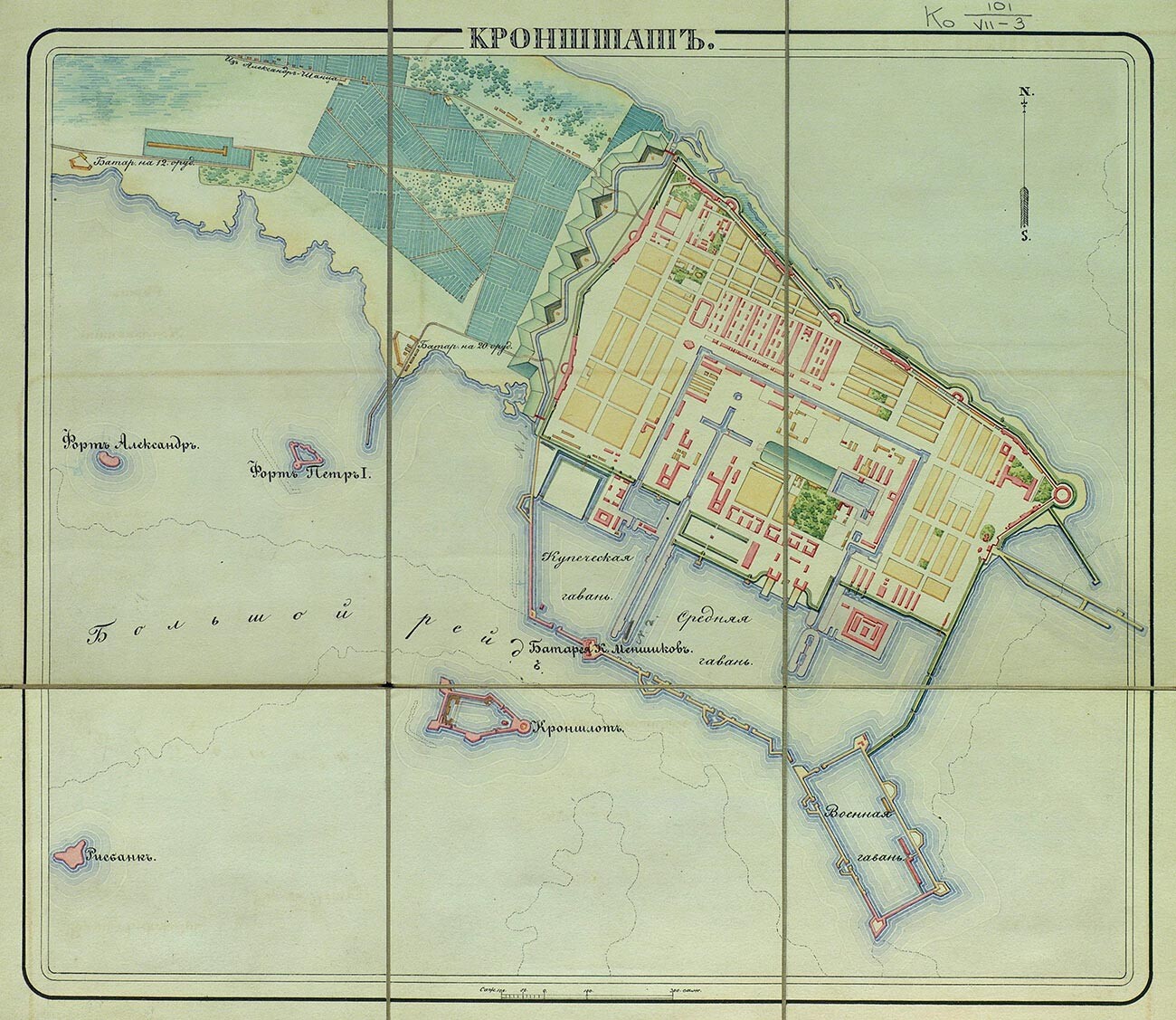 The old map of Kronstadt.

The fortress is surrounded by 17 sand island forts. If you look from above, they kind of make a chain, blocking the path to the main island and St. Petersburg. The first to appear was Kronschlot in 1704, in Kotlin’s southern part. This was before they built the main fortress. The Gulf of Finland is deeper there, which brings with it a higher risk of attack from large enemy vessels. 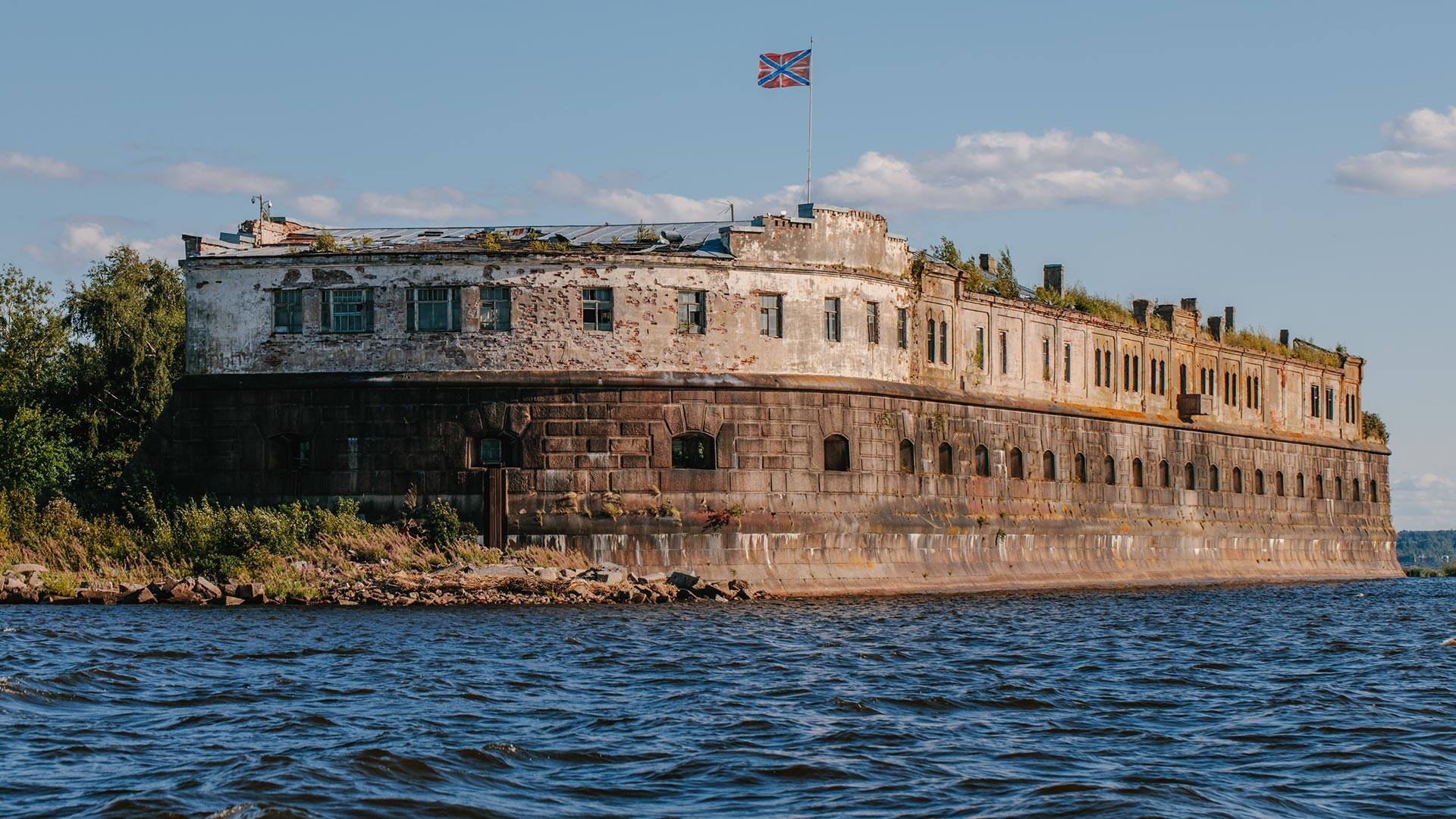 And so it was: the fort was erected in May and saw its first attack from the Swedes already in July. Kotlin was a disputed territory and the Swedes didn’t appreciate the Russians erecting defensive forts. The second attack happened the following year, involving a Swedish squadron of 2,000 men. It failed again. The Russians only required two days to repel it, with the Swedes then deciding to attempt an attack from the north, believing the water would be more shallow there. They miscalculated and ended up losing 1,000 men as a result. The remainder had to retreat. Meanwhile, the Russians continued to build forts. 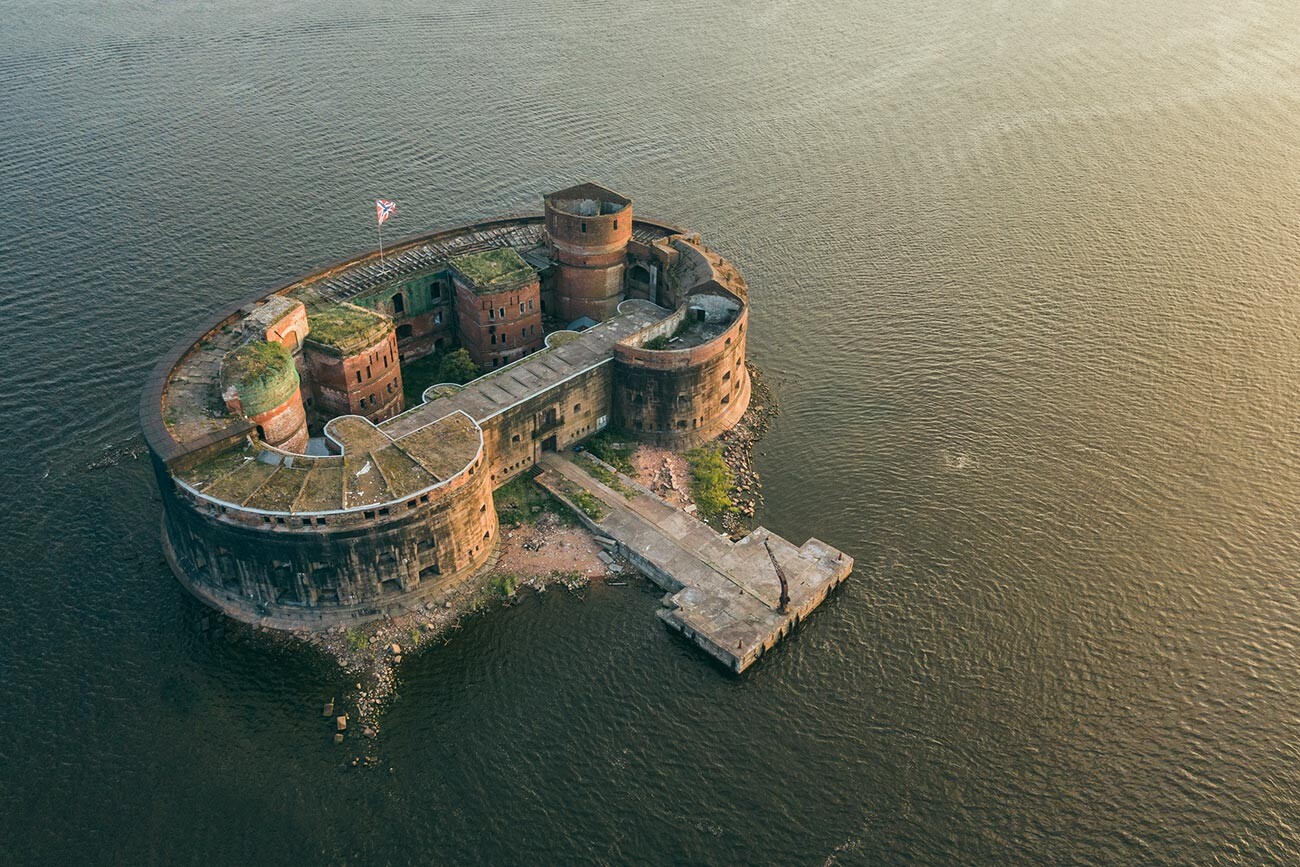 Over on the south side, aside from Kronschlot, you will find the Peter I, Aleksandr I (‘the Plague fort’, where the plague vaccine was being developed), Pavel I and the remaining forts - simply referred to as the first, second and third. 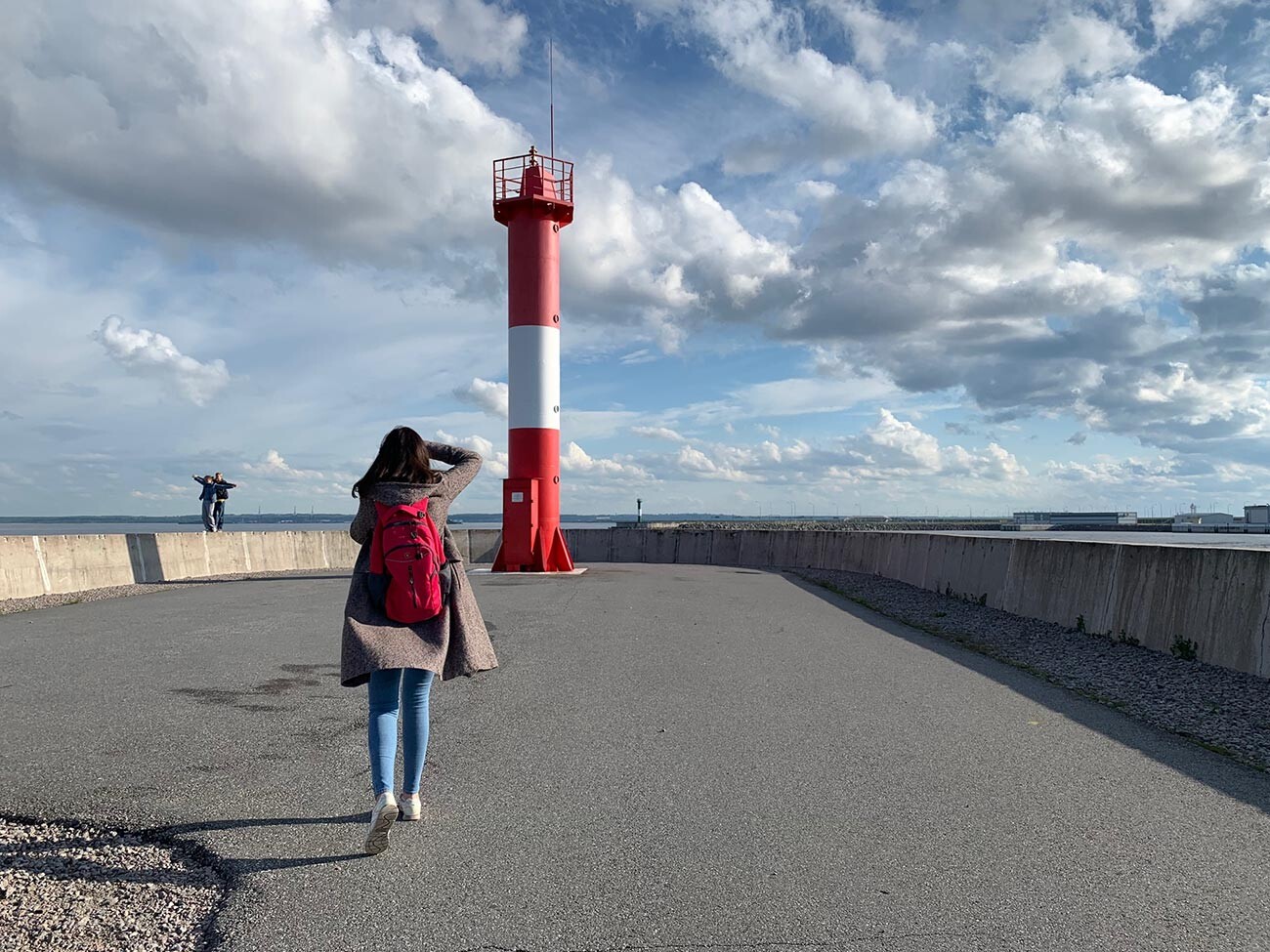 At the fort Konstantin.

The north side is protected by the Obruchev, Totleban and Northern forts - numbered 1-7. There are also ones constructed on the outskirts of the island: the Grand Prince Konstantin, to the south, and the Shanets and Reef, to the north. Most are in a decrepit state and some are undergoing reconstruction (like the Chumnoy); Konstain, however, is open to the public. Aside from the barracks and military structures, you will also find a notable lighthouse service museum there. 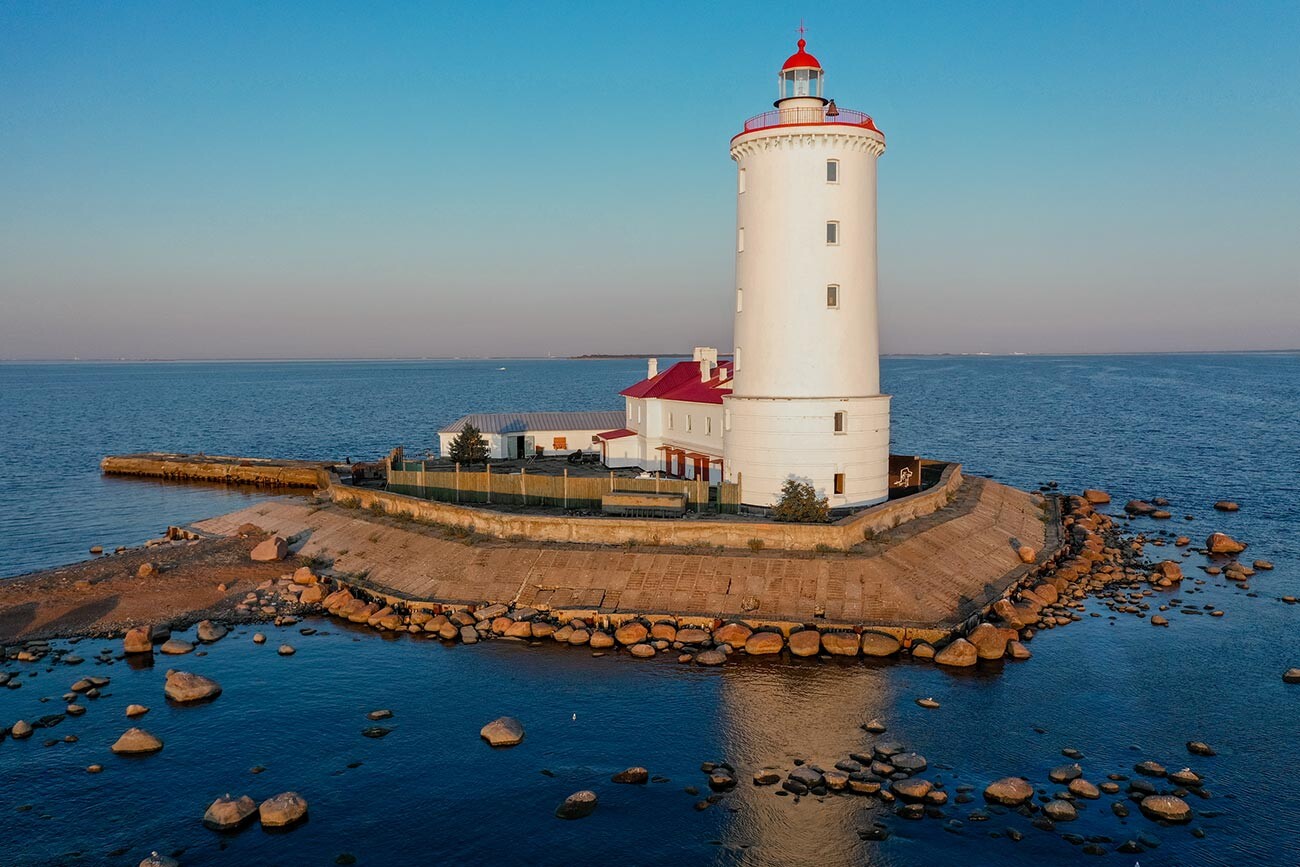 The gulf around Kronstadt is shallow: in order for ships to pass, they had to artificially deepen the seafloor. The Kronstadt fairway is 80-150 meters wide and 11-14 meters deep. It is listed as a UNESCO World Heritage site. 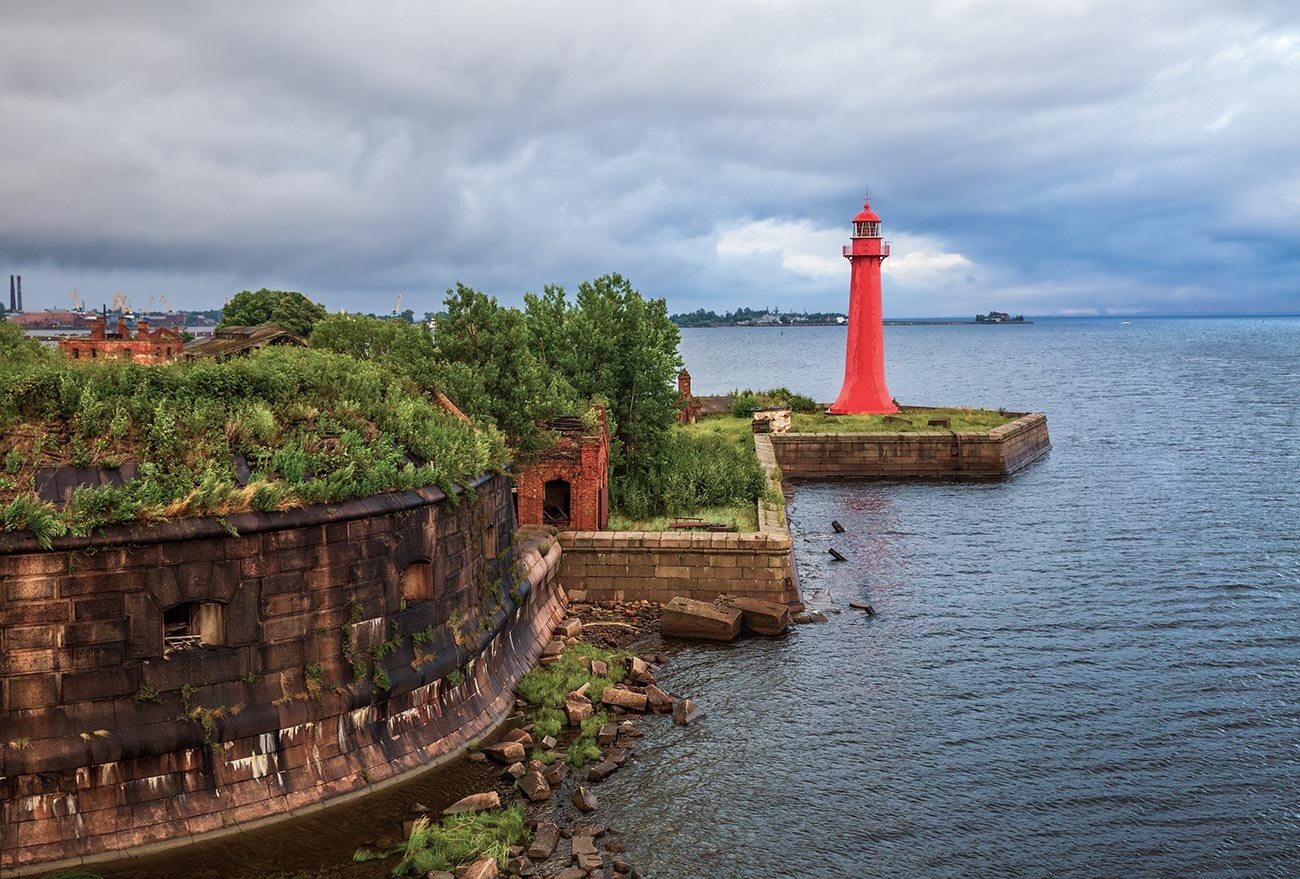 Six lighthouses and a dozen navigational signs aid the ships in following the fairway. They function in a specific order - some shine lower, others higher, pointing the way. The oldest lighthouse in Russia - the Tolbukhin, built in 1719, is still in working order. Its light can be seen from 19 nautical miles away. All functioning lighthouses in Russia are designated military objects, closed to the public. 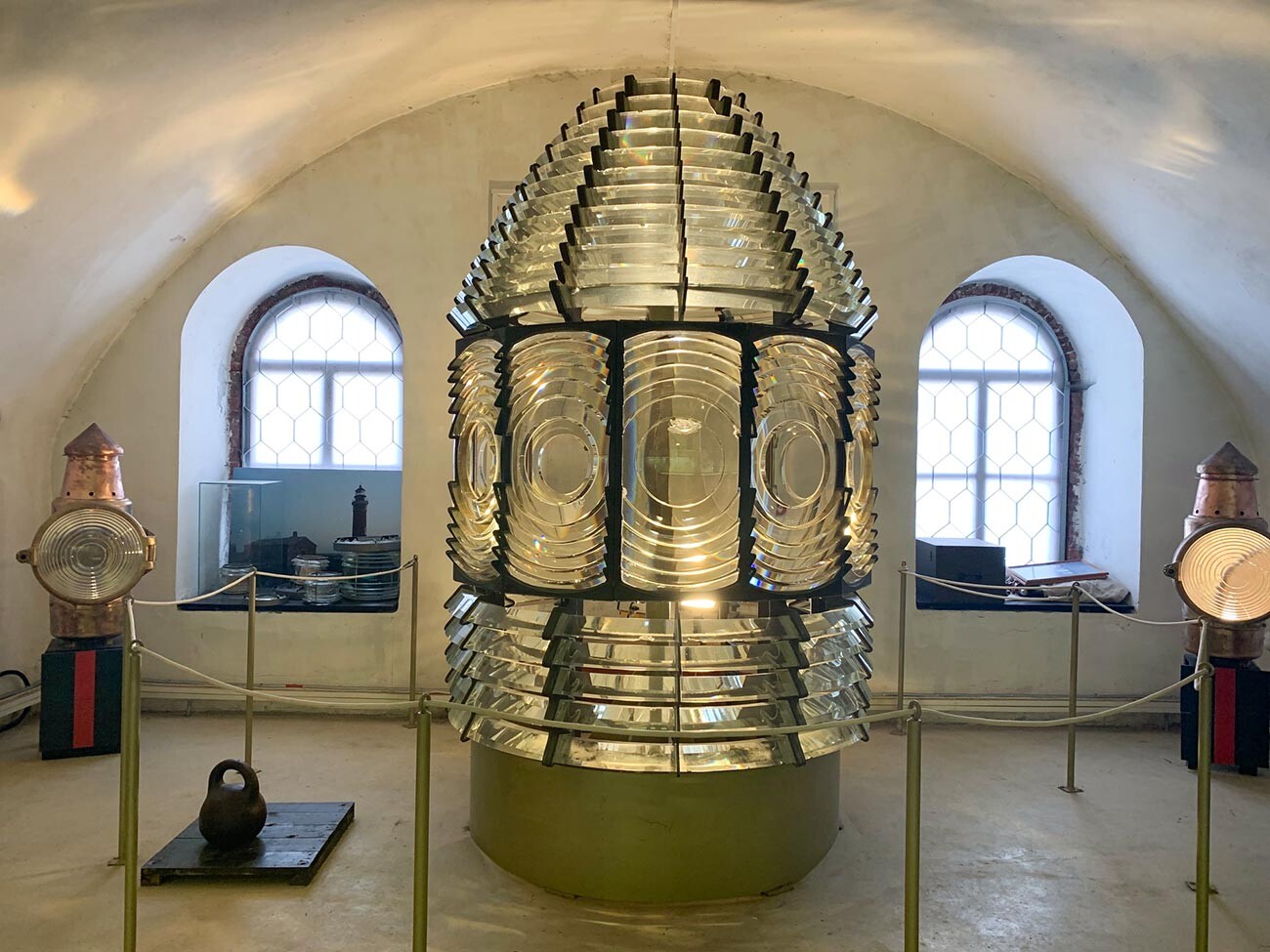 The oldest lense in Russia from the lighthouses museum.

However, the lighthouse museum is a great place to see gigantic lenses, used in Russian lighthouses in centuries past.

4. Some of the oldest tide gauges around 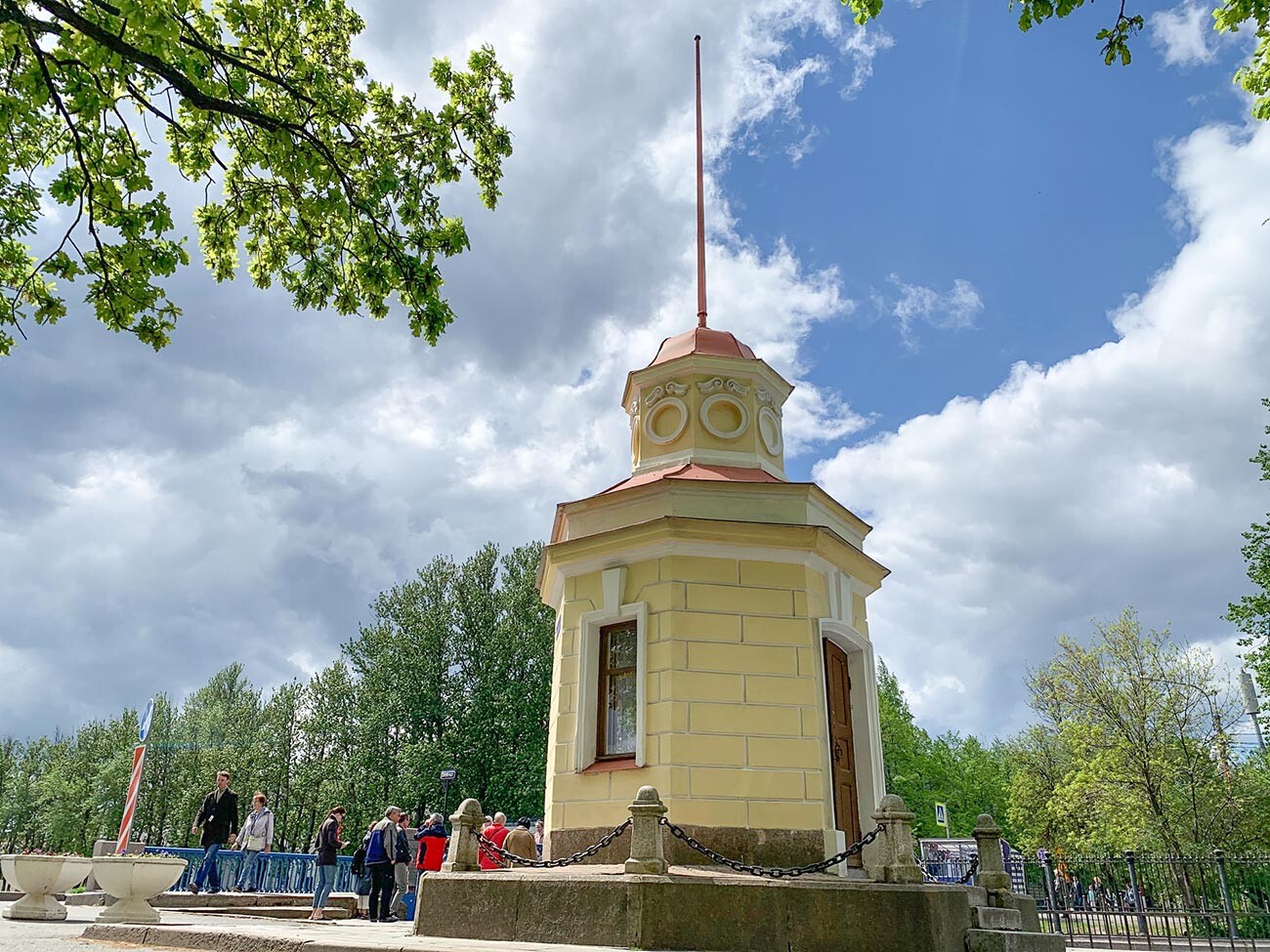 With the founding of Kronstadt, Russia began measuring sea levels; the measurements are still used for mapmaking today, to prevent ships from running aground. The Siniy (Blue) Bridge footstock is used for this: it resembles a cast iron ruler with indentations, showing the depth. Right by the bridge, you’ll see an incredibly old self-writing footstock - a mareograph. It looks like a small yellow pavilion with a spire and cozy lace drapes. Since 1898, this mareograph has automatically been measuring the sea level, registering high and low tides. 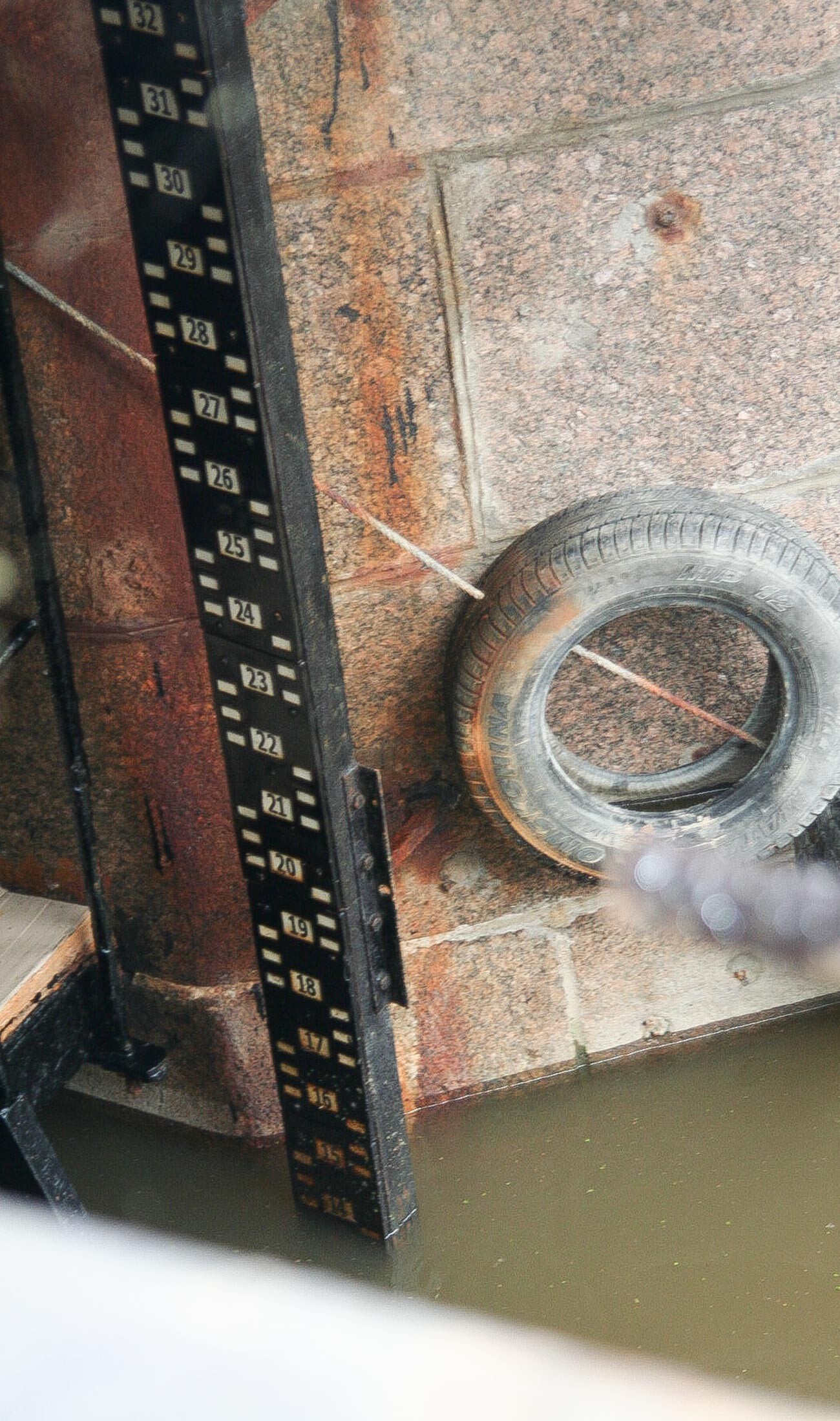 It was the Kronstadt footstock which was used to measure the elevation of objects above the sea level in the USSR (Russia uses a more modernized system, which uses special formulas; the Baltics, meanwhile, continue using the old system).

5. This dock has a secret 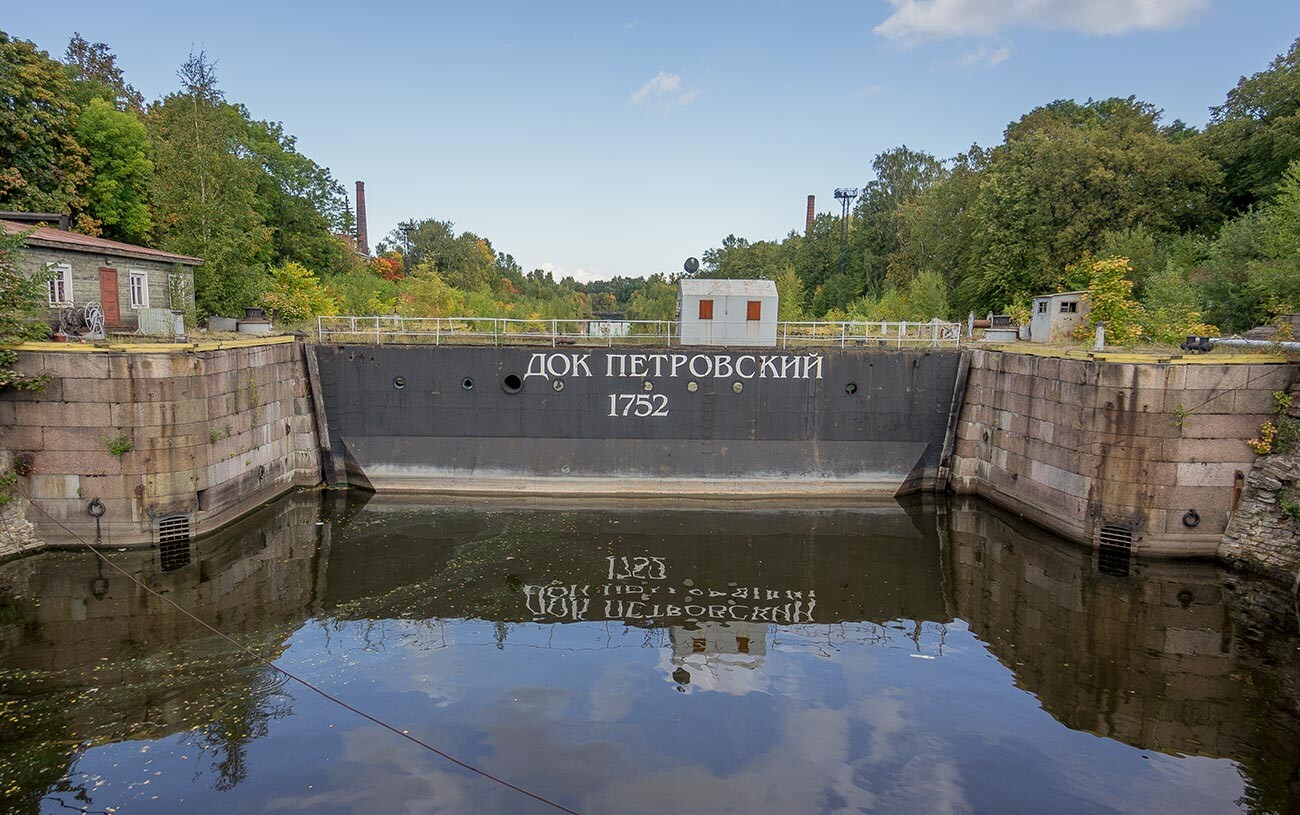 Another ingenious Kronstadt contraption is the Petrovsky dock, which is used as a shipyard. Peter I’s designs took 30 years to accomplish, with construction finishing in 1752, 27 years after his death. They say the emperor took the idea from the Dutch and English, but it’s evident that the structure was dramatically modified.

First off, the dock is massive: it can park 10 ships at once. Secondly, it can drain water at an incredible rate (this is done when access is needed to the lower part of the ship, during maintenance and repairs) - something Europe didn’t have at the time. Docks would take a week to drain at least. Sometimes a month. The Petrovsky needed mere days, as water would first be siphoned off into a pool right below the deck, and then into the sea below. This vastly reduced the time the ship would have to be idle. 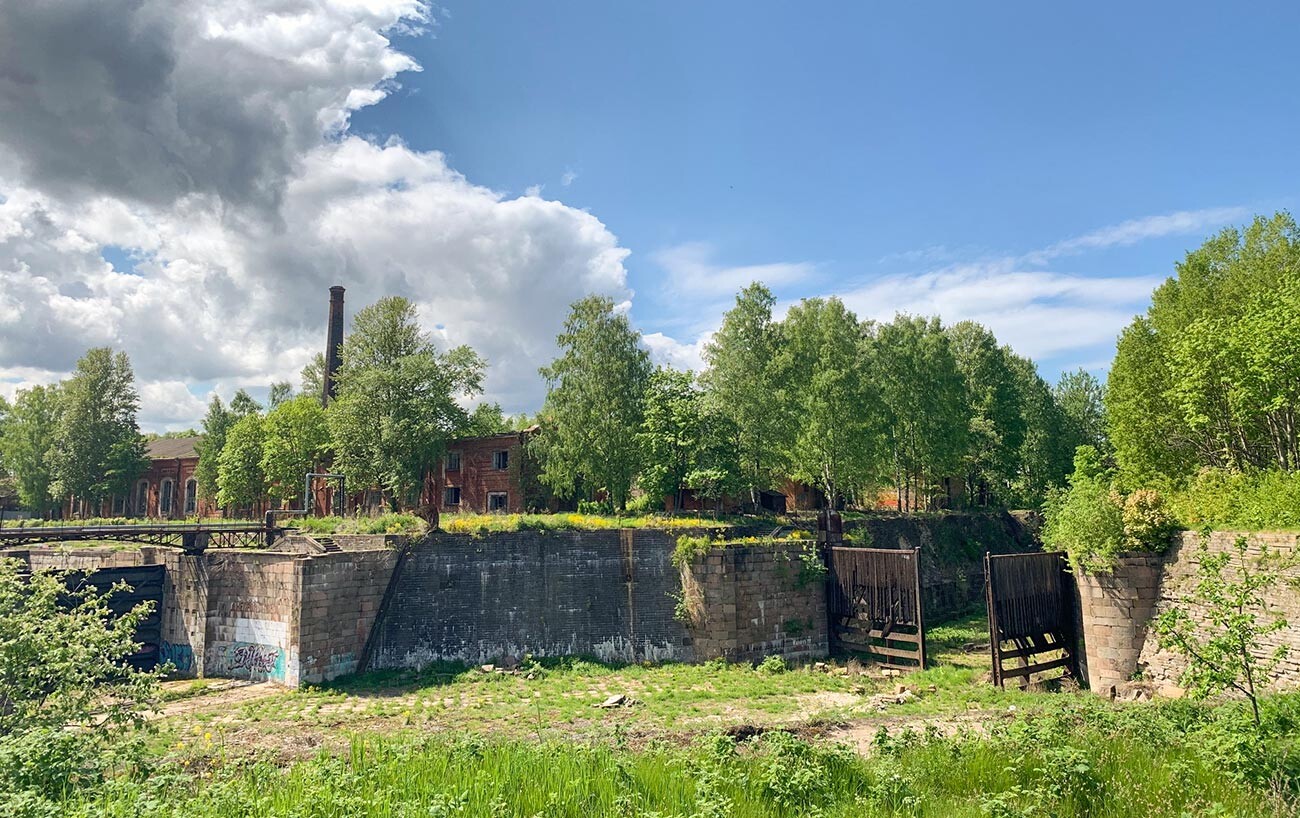 Another interesting detail of the Petrovsky dock was spotted by tourists and bloggers not so long ago. You’ve likely heard of the polygonal masonry at the Incan Machu Picchu citadel in Peru. Well, as it turns out, the technology was also used by Russian masons when constructing the fortress’ walls. Such work requires colossal effort and is usually performed in the far corners of the pool, where very few people can witness it. Can you guess why this was necessary? 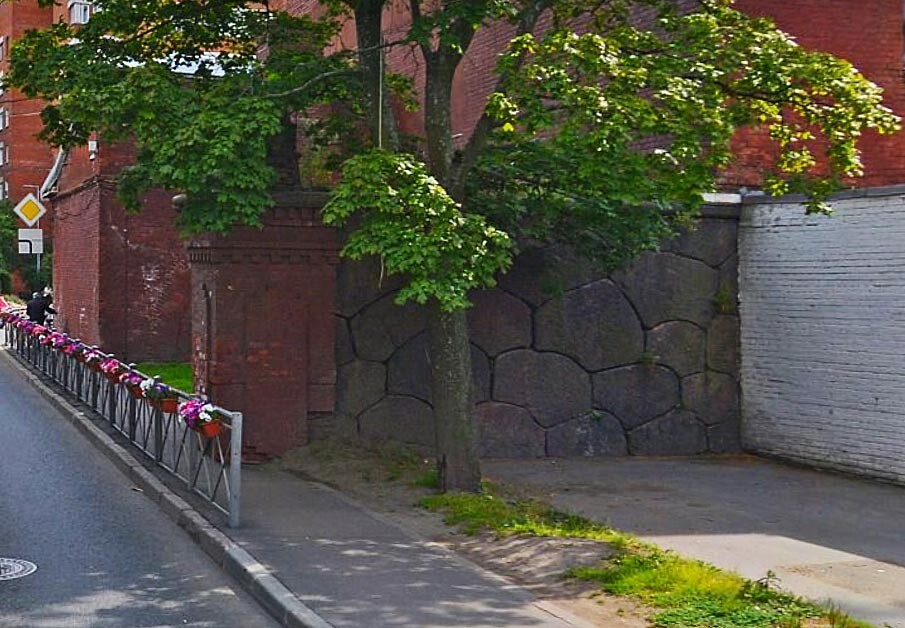 The part of fortress wall.