Where to see the blooming lotus in Russia (PHOTOS)

Travel
Alexandra Guzeva
The lotus would seem to be an exotic plant from far away Asian places. However, this incredibly beautiful pink water flower can also be found in many places in Russia, from the Volga to the Far East. 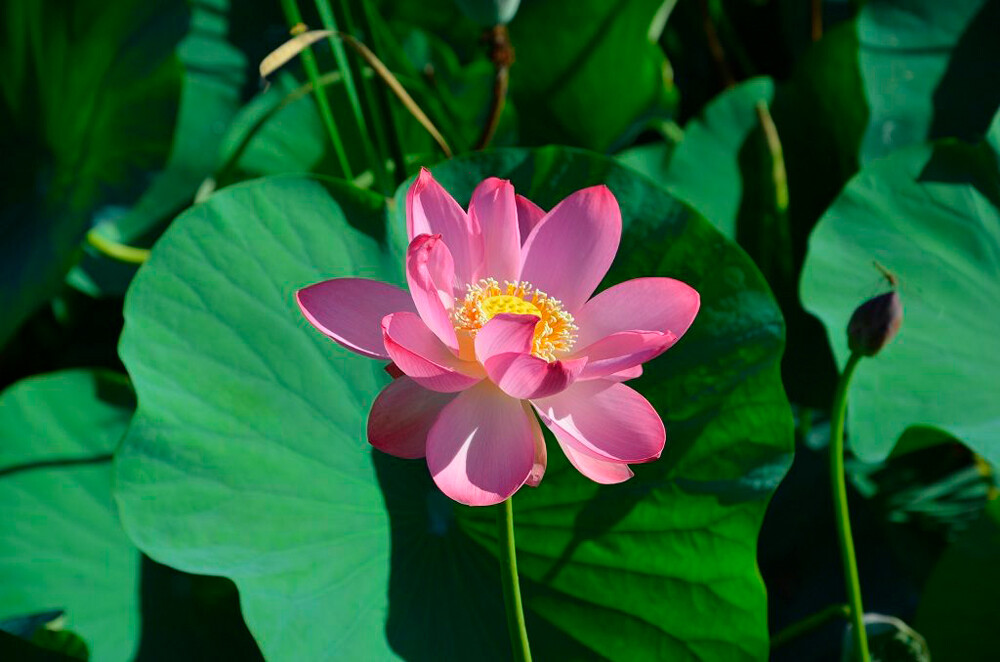 A rare species, the Caspian lotus, grows in the Volga River delta and on the coast of the Caspian Sea. The employees of the Astrakhan Nature Reserve monitor the preservation of the flowers. 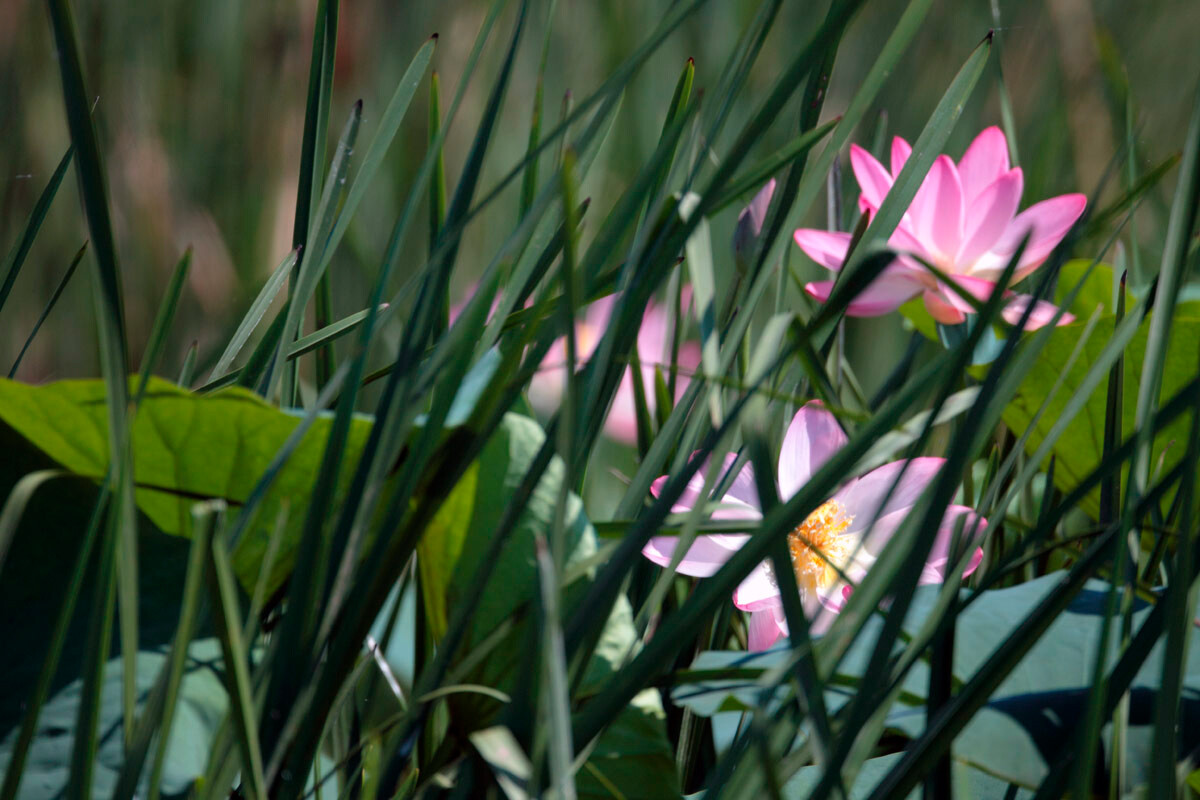 Scientists assume that the “sacred plant” was brought there by migrating birds from India and China. Their intestines could have contained lotus seeds, which are capable of sprouting when released into water bodies. There are other versions: either the lotus was brought there by nomadic tribes or the plant is a local aborigine. 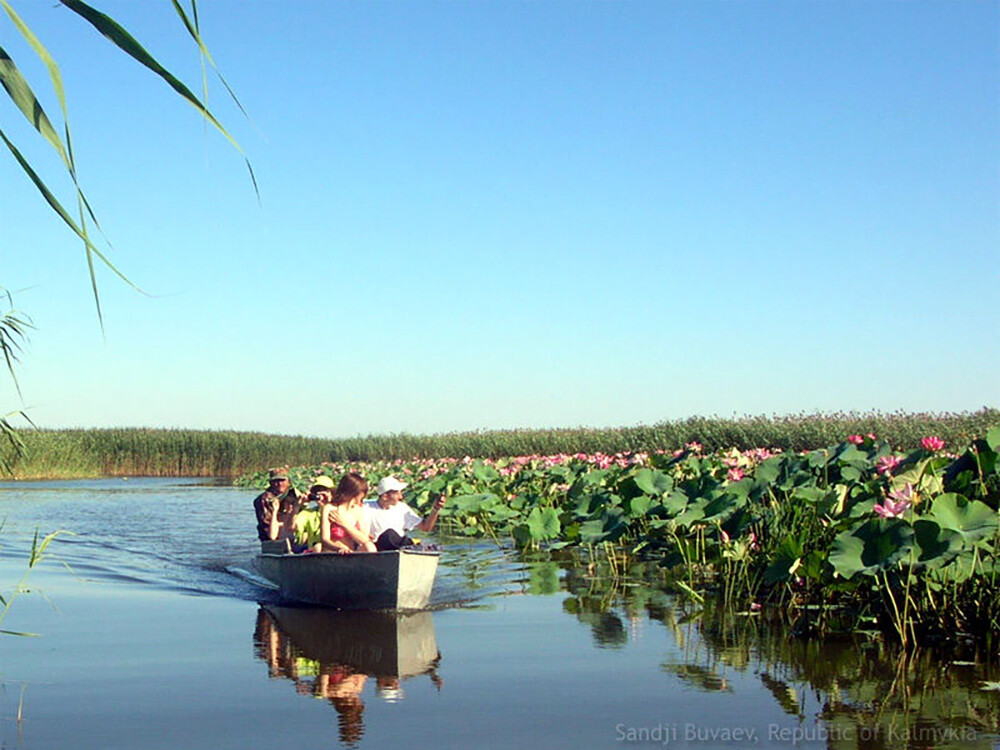 The lotus blossoms actively in the Republic of Kalmykia. In one of the branching arms of the Volga Delta, there are entire fields of lotus. The “flower of Buddha” is a trademark of this Buddhist region - as, in the religion, the lotus is perceived as a sacred symbol. According to legend, the lotus blossoms rained down from the sky when the Buddha was born and then sprouted in the place where the little Buddha stepped. 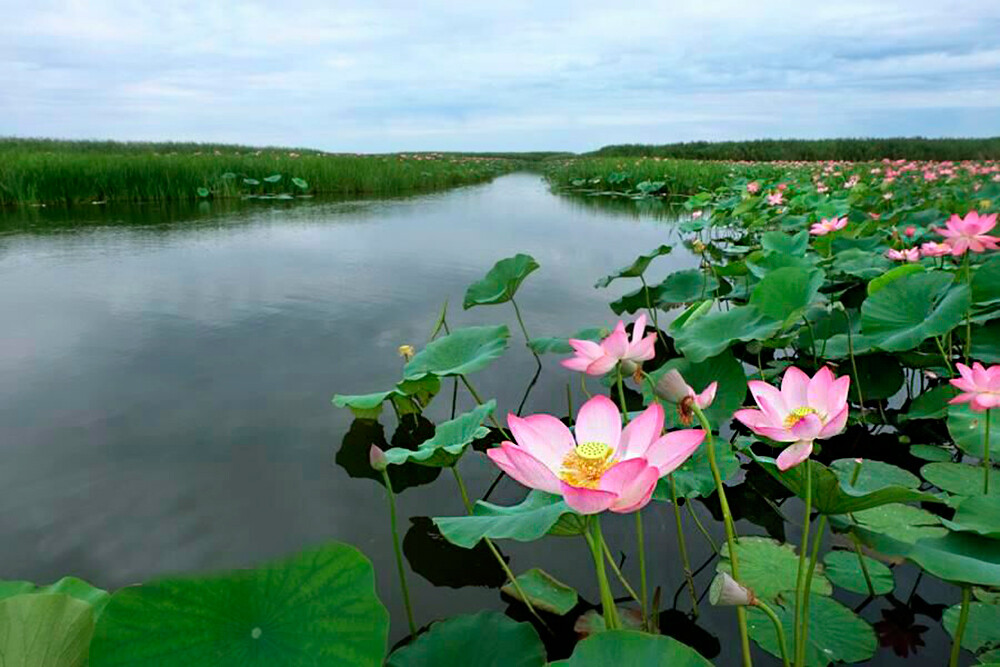 The white lotus flower is even depicted on the flag of the Republic of Kalmykia. 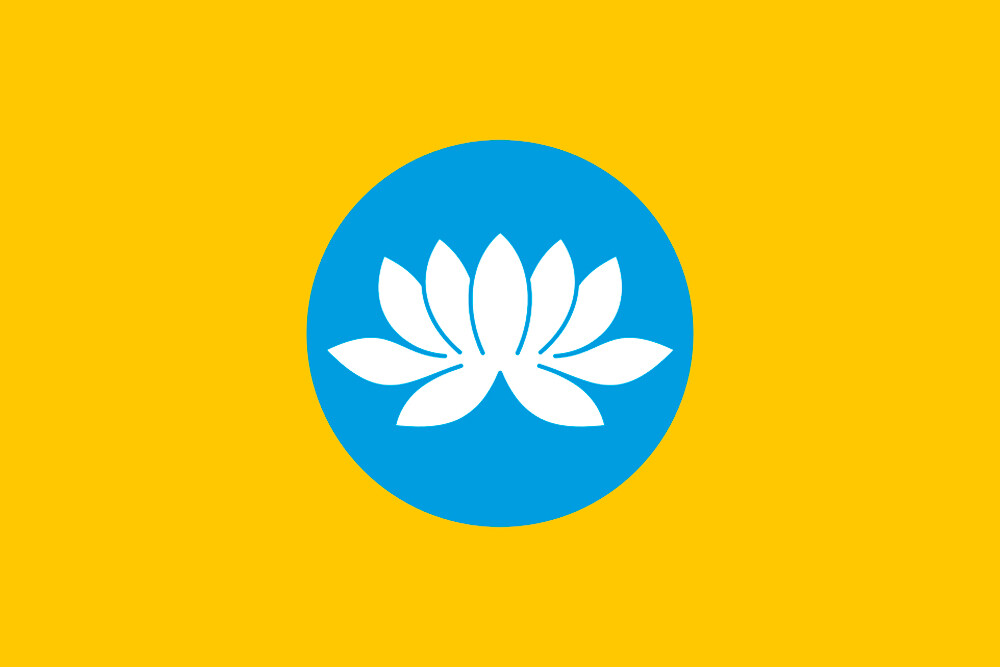 The upper five petals of the lotus represent the five continents, the four lower petals represent the four cardinal sides, symbolizing the aspirations of the republic peoples to friendship and cooperation with all peoples of the world. 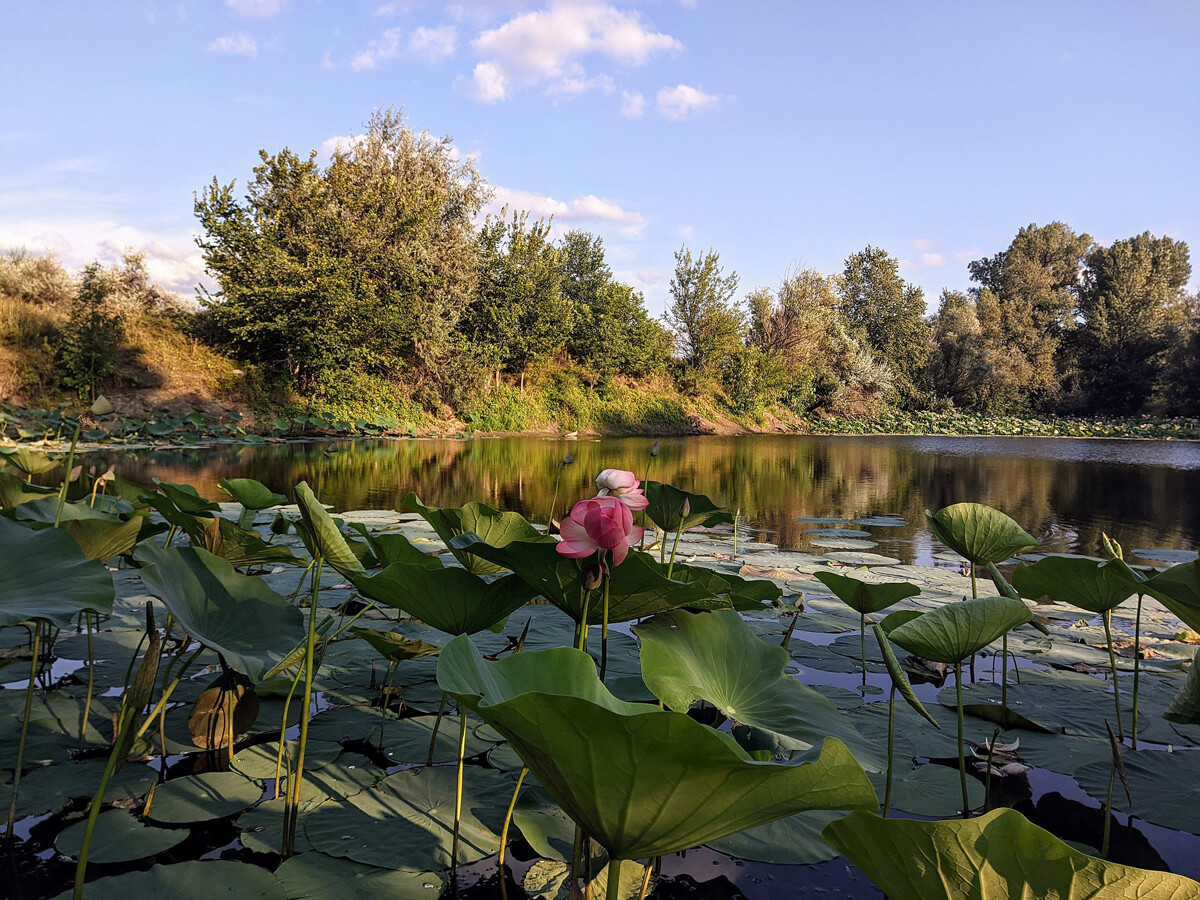 There is another place on the Volga where the lotus inhabits. In the floodplain of the Volga and Akhtuba rivers there is a Lotus lake. This amazingly beautiful sight was discovered in 2007 by the residents of the small village of Krasny Buksir, located nearby. 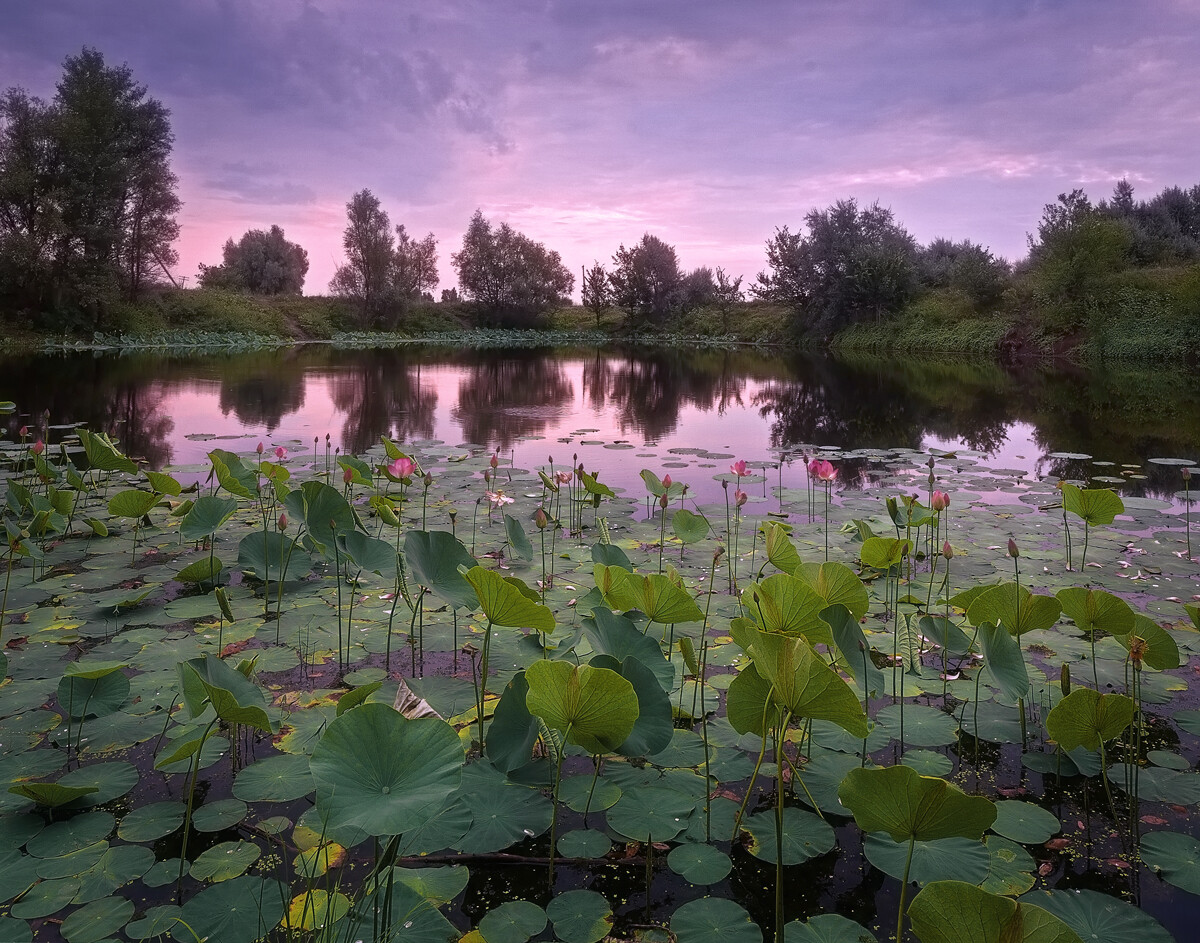 The appearance of the lotus in this place is disputed, but, according to a romantic legend, a local resident gifted the blooming lake to his wife. But history is silent about the way he sowed and grew the flowers. 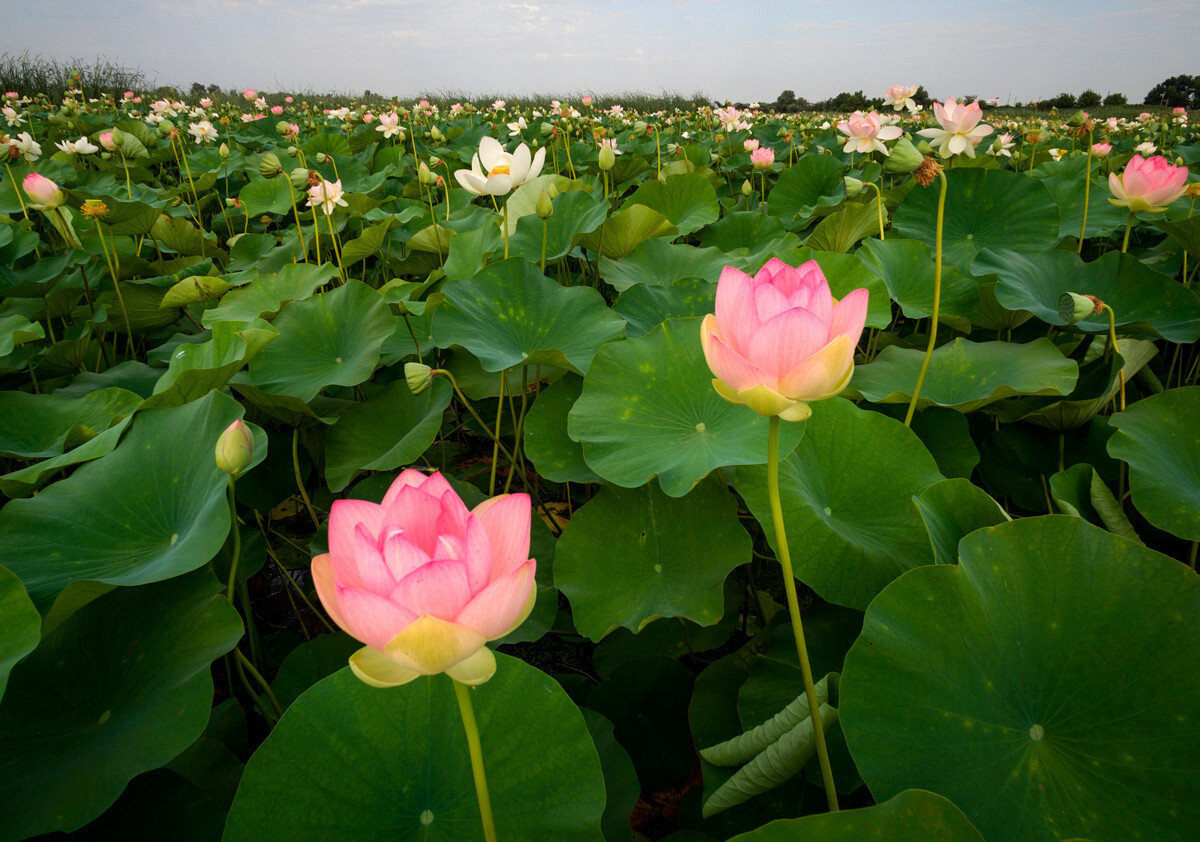 The lotus also blooms extensively on the Taman Peninsula, which is in Krasnodar Territory.  At the end of the 18th century, Catherine the Great ordered a group of Cossacks to settle the peninsula, but the land turned out to be infertile and there was not enough fresh water. Then, in the 19th century, Cossacks dug another arm in the delta of the river Kuban - the Cossack Yerik. It connected the Kuban River with the Akhtanizovsky estuary, making it fresh. 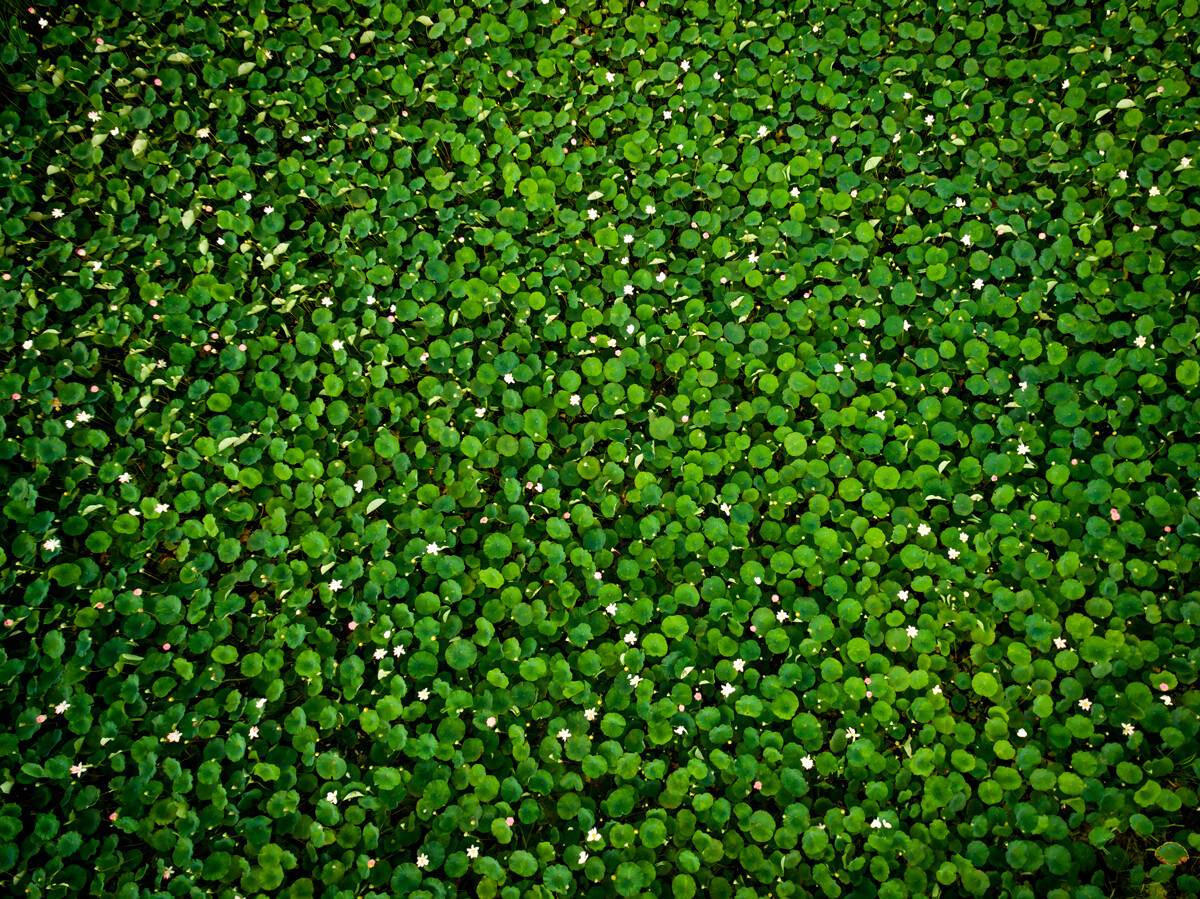 In the 20th century, after long experiments, scientists were able to breed lotuses in this freshwater reservoir. The first flowers sprouted in the 1980s and, now, the lotus valley reaches an area of 2 square kilometers. 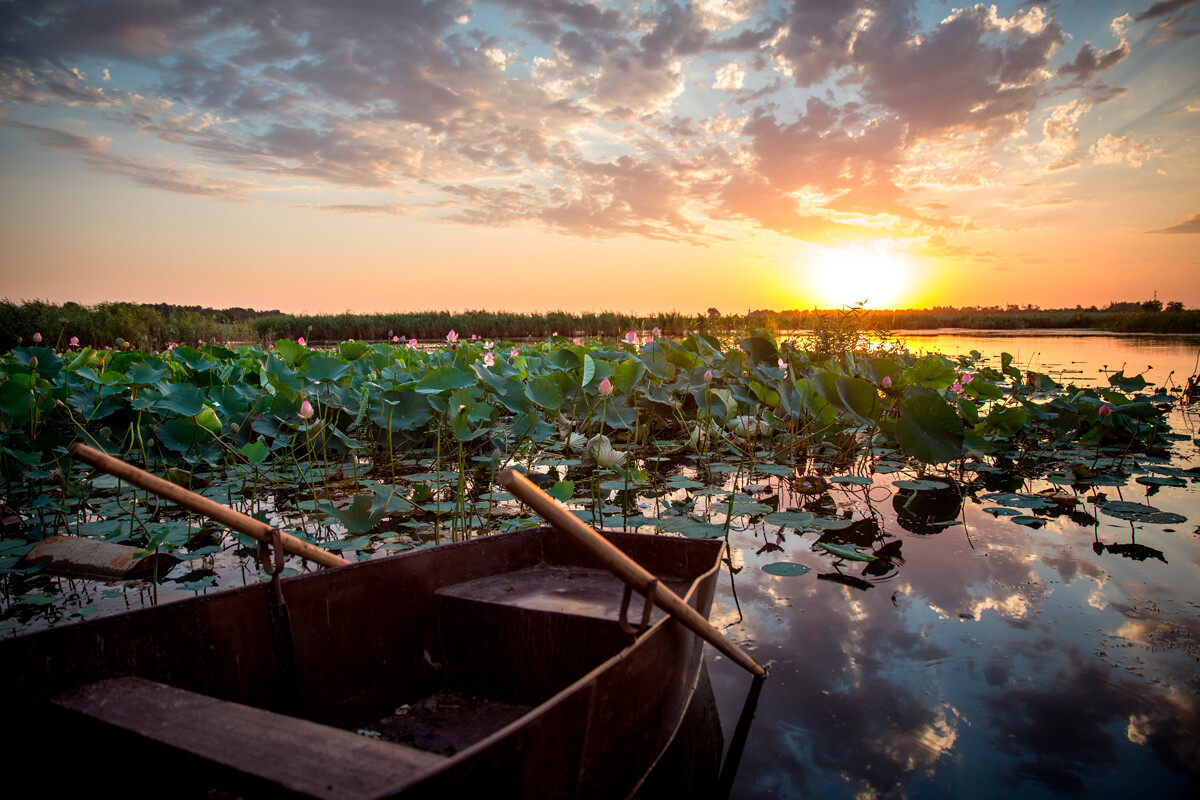 However, one can only get to this beauty by boat. 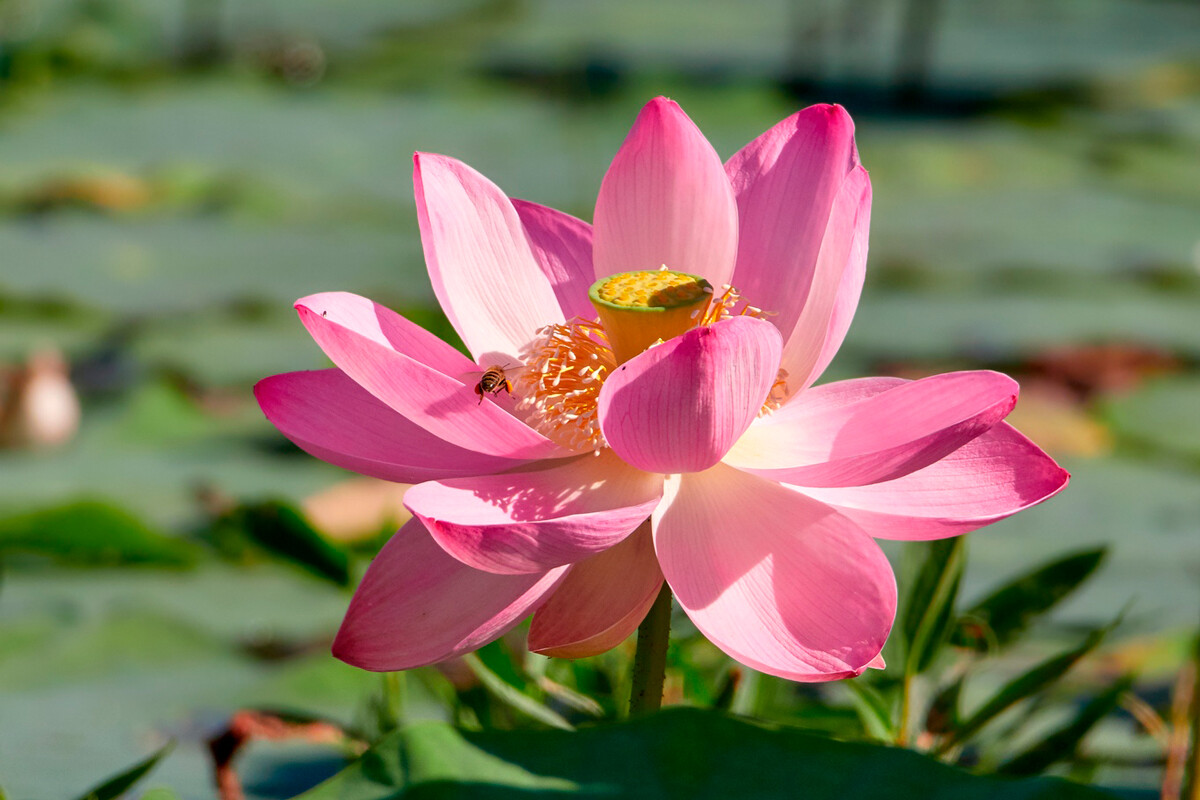 The lotus is a heat-loving plant and mostly blooms in the south, but Kursk Region has its northernmost blooming point. In the small village of Marshal Zhukov, gentle pink lotuses were first noticed in 2015 and they have been blooming there every year since then, attracting the attention of scientists and tourists. 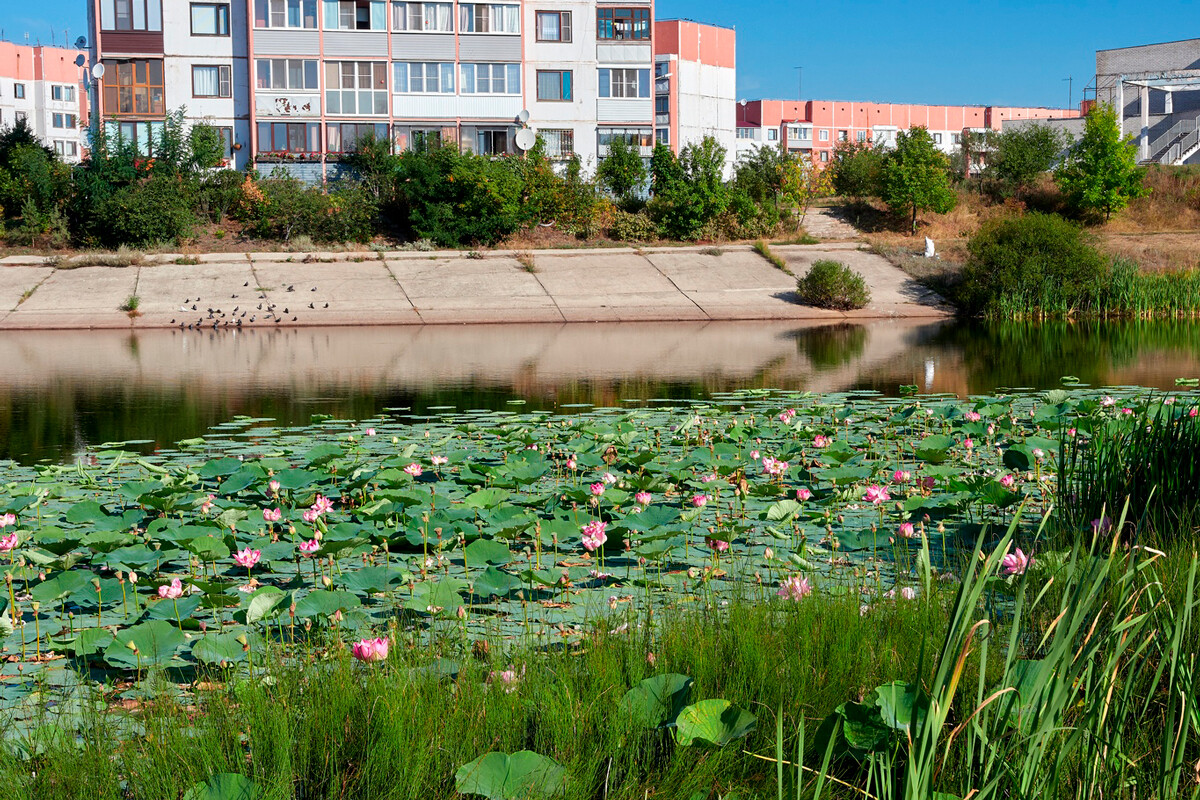 According to one version, the seeds of the plant were poured into the lake by a local woman, who didn’t even expect them to sprout. 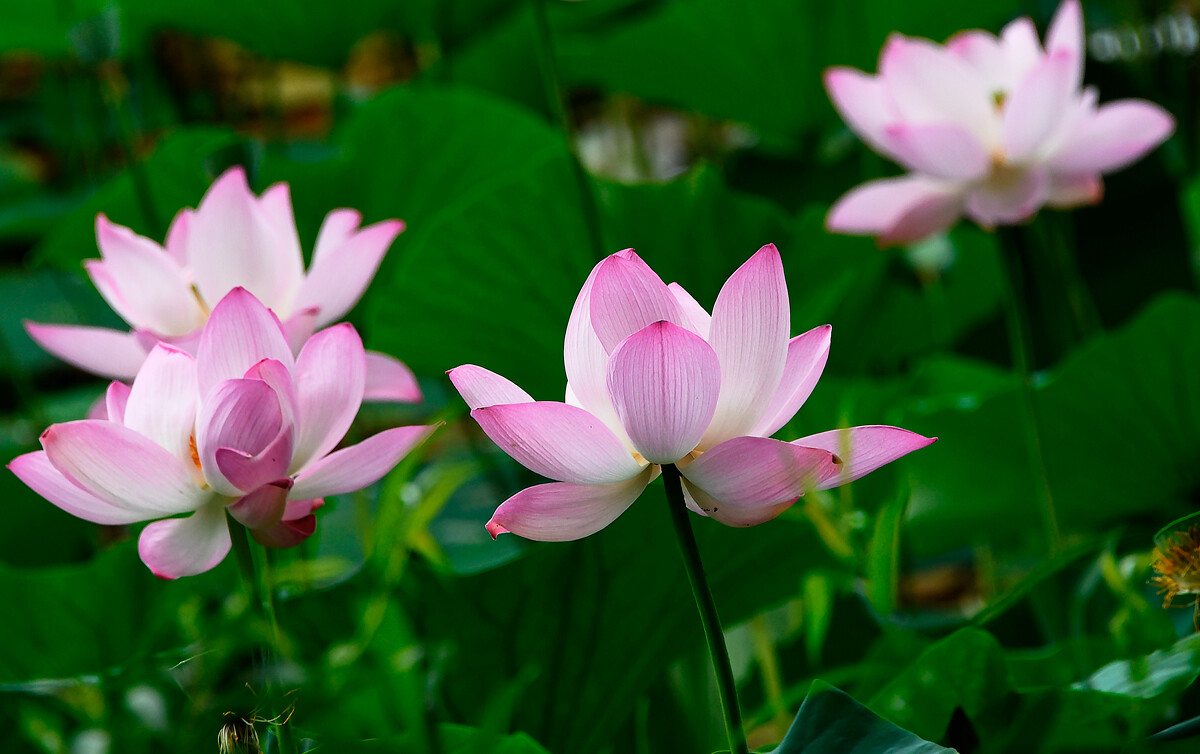 A large lotus population also lives in the Russian Far East. This species is known as the Komarov lotus (Nelumbo komarovii). 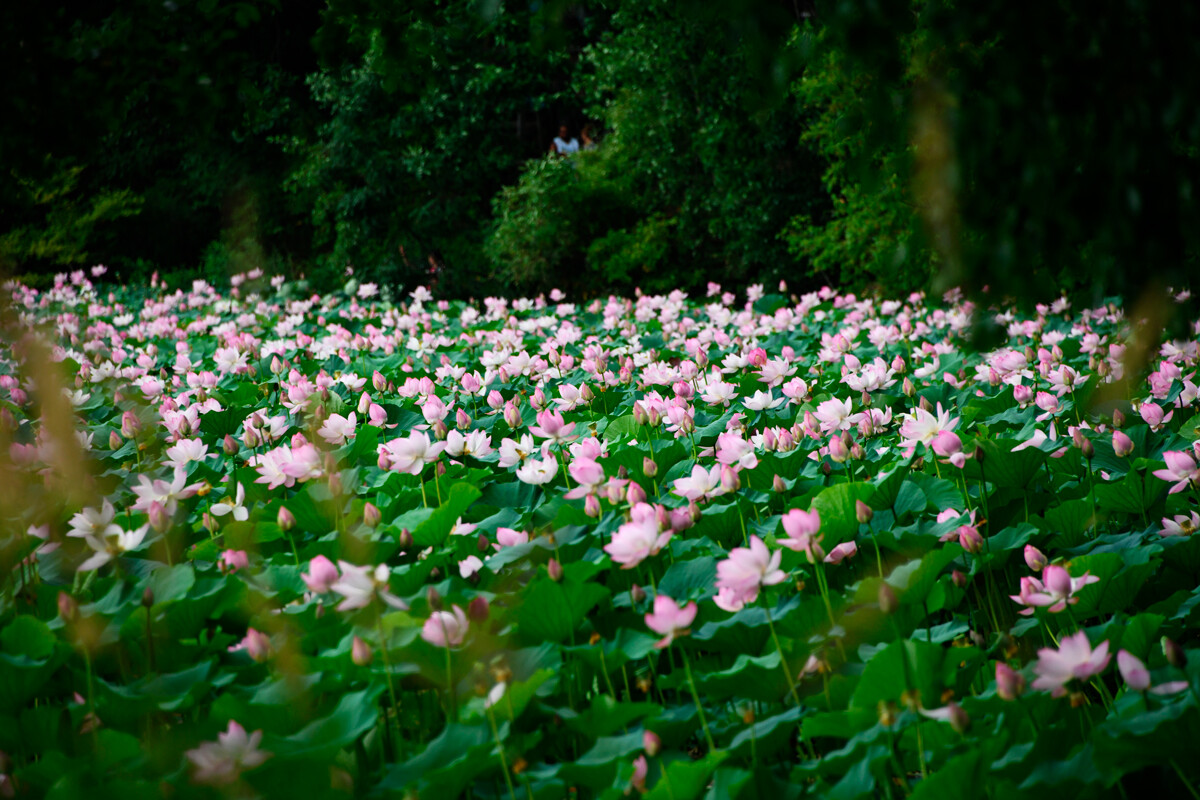 One of the most picturesque places where it blooms is Lake Karasinoe near the Artemovsk thermal power plant. This place is in Primorsky Territory, not far from Vladivostok. 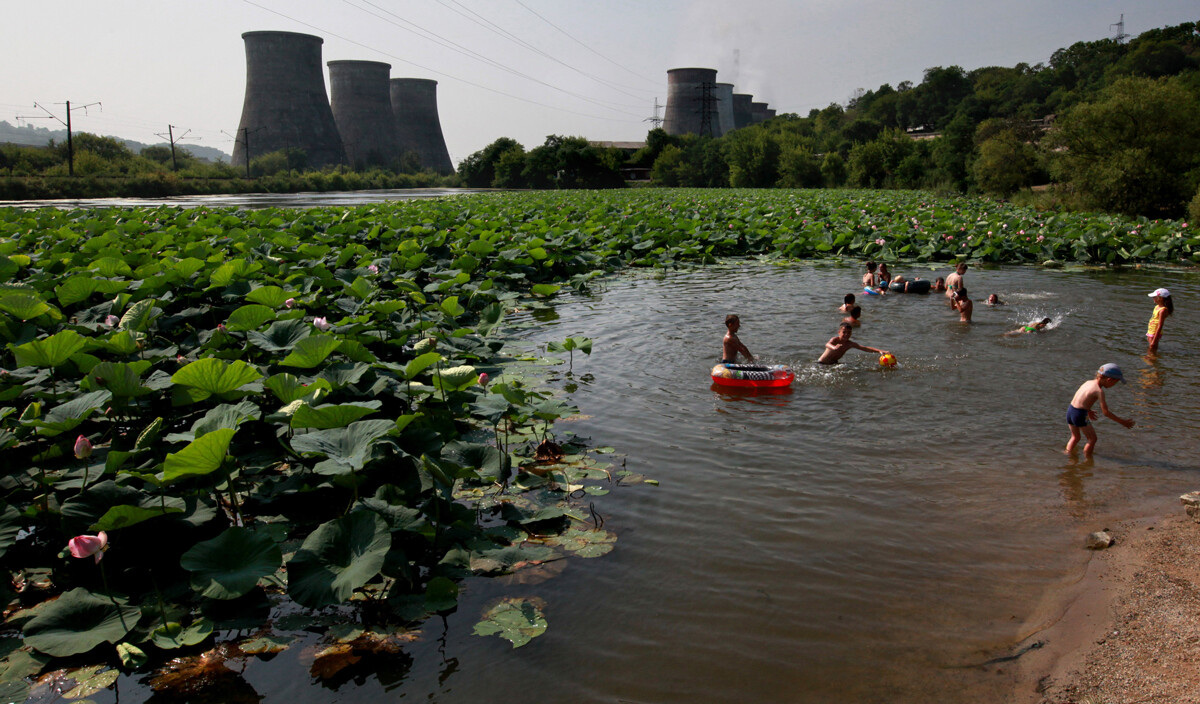 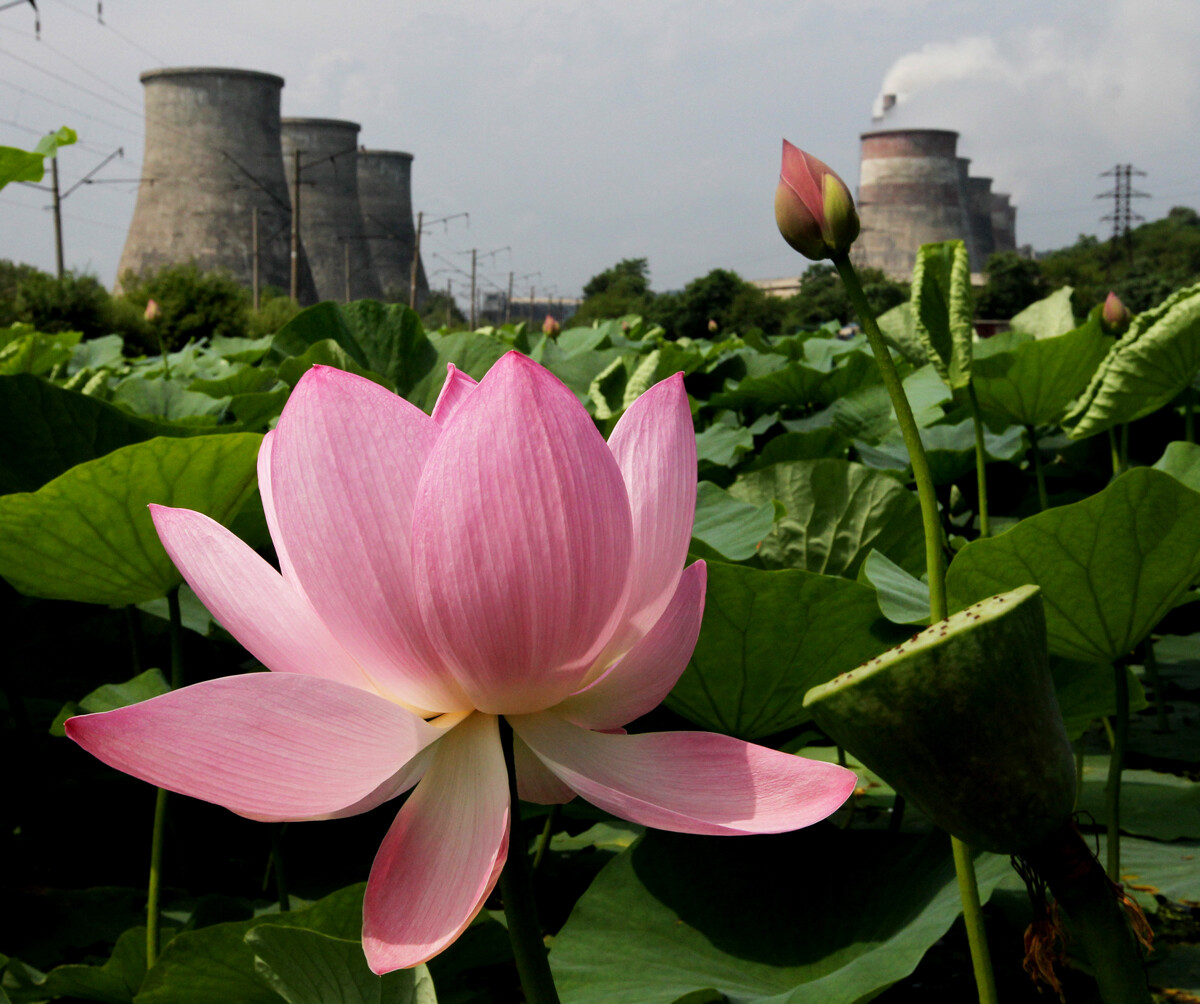 Whole plantations of lotus blossom also on the lake near the town of Ussuriysk. 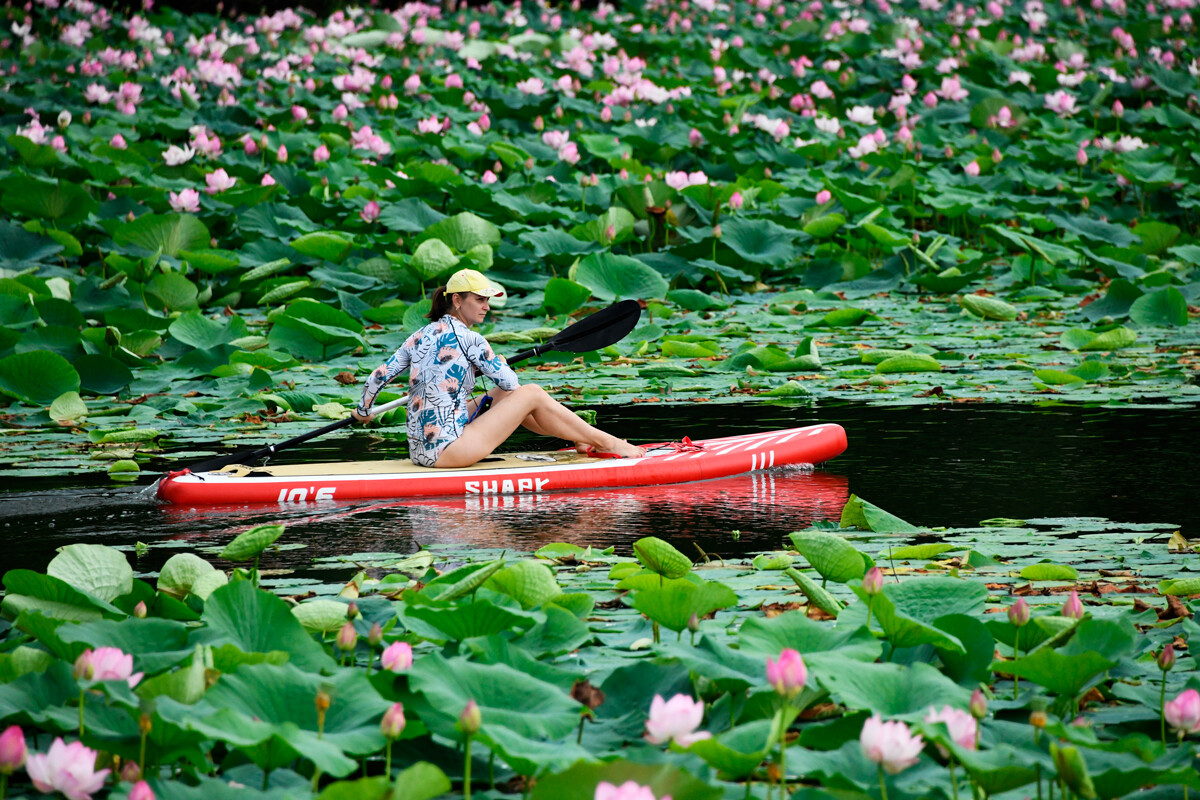 And on Lake Basin near the village of Yakovlevka in Primorsky Krai, there is even a Lotus Festival. 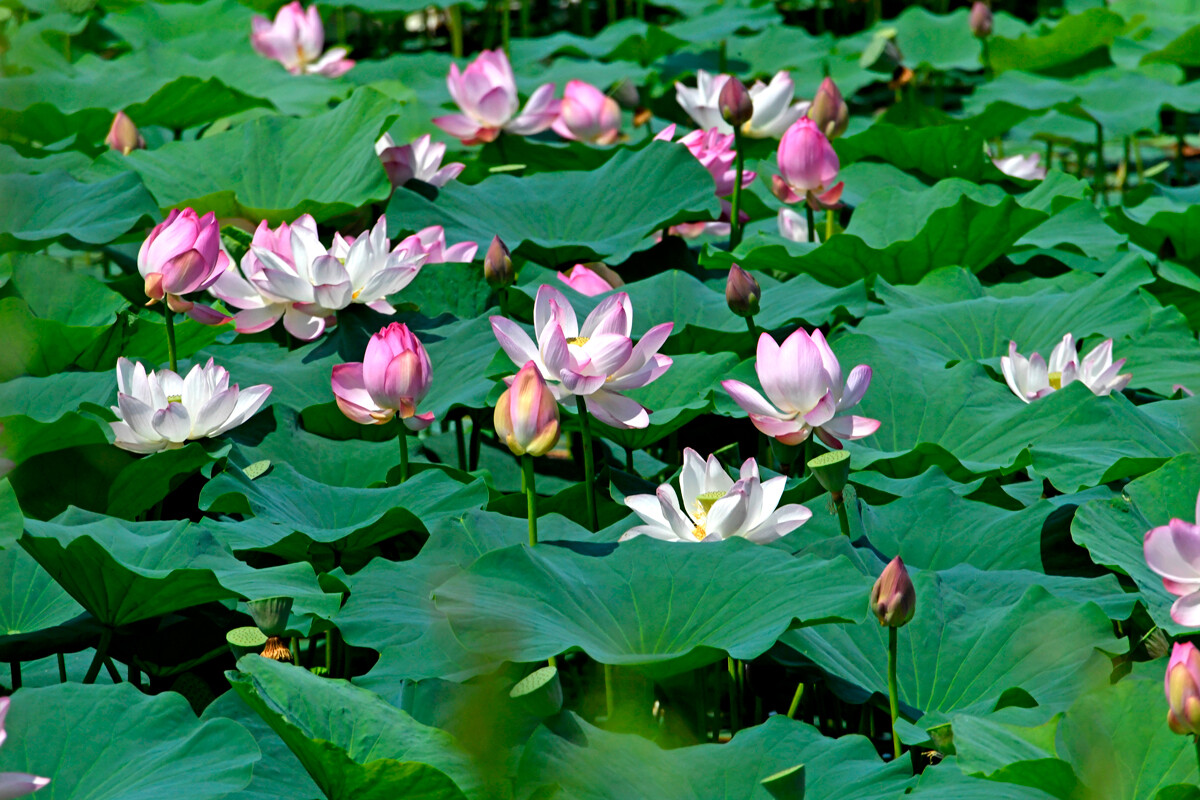 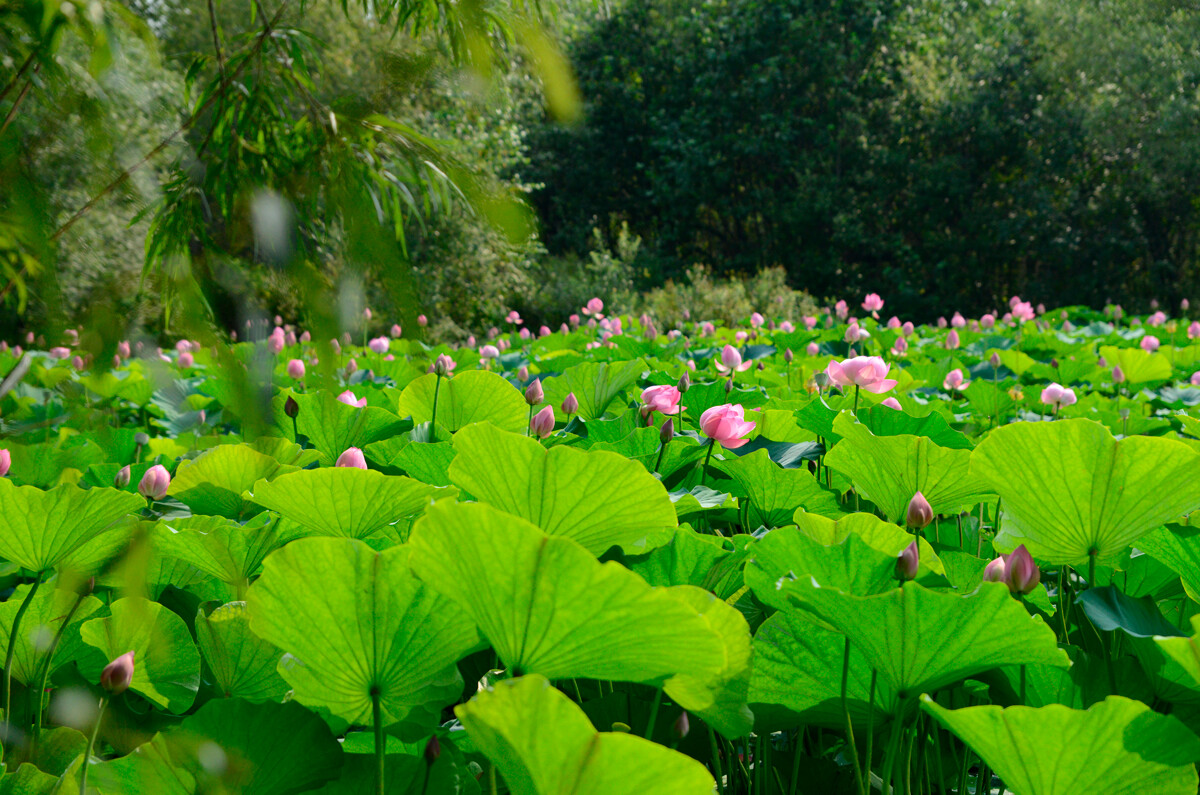 Not far from the Chinese border and the city of Khabarovsk, on the Galkino farm, there is another famous Lotus lake. By the way, the Komarov lotus likes rainy and warm summers and its flowers should never be plucked, otherwise most of the plant may die. 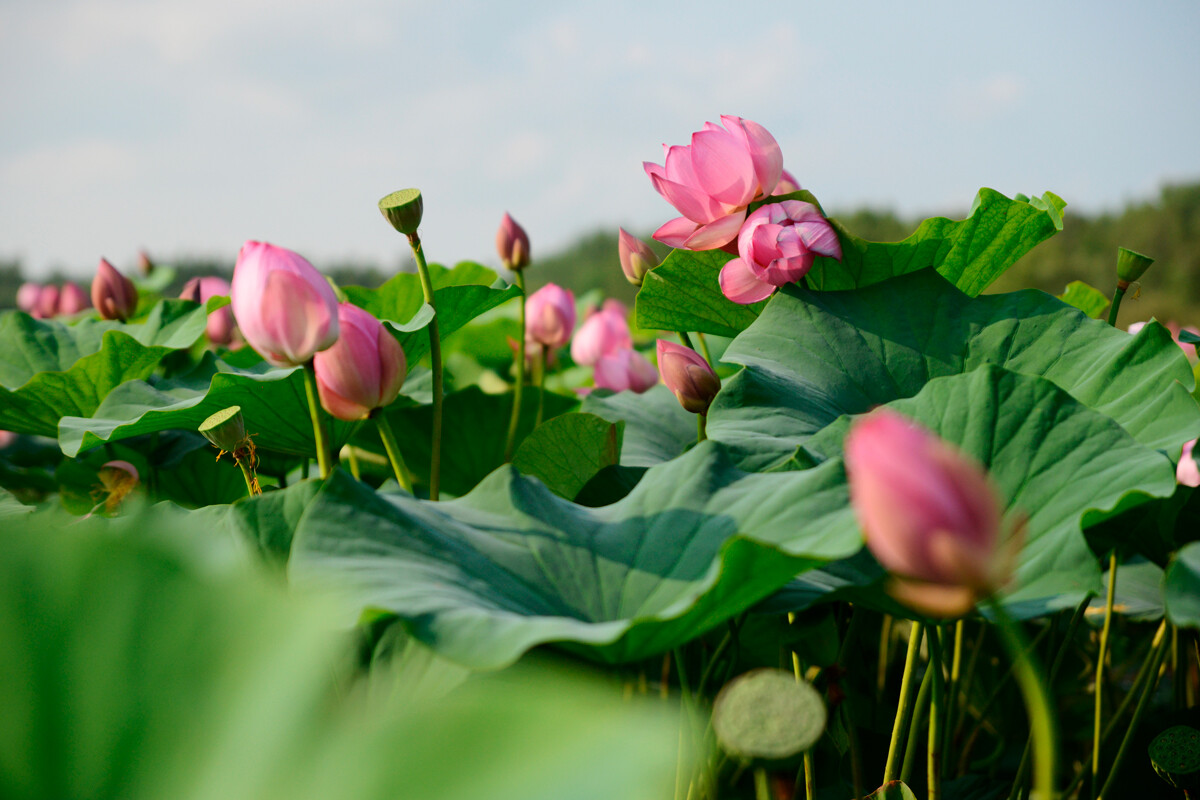 Far Eastern lotuses are relict and have been preserved since ancient times. Scientists believe that even before the Ice Age, when the climate was warmer, lotuses were already growing near the Amur, Ussuri, Tunguska and other rivers. 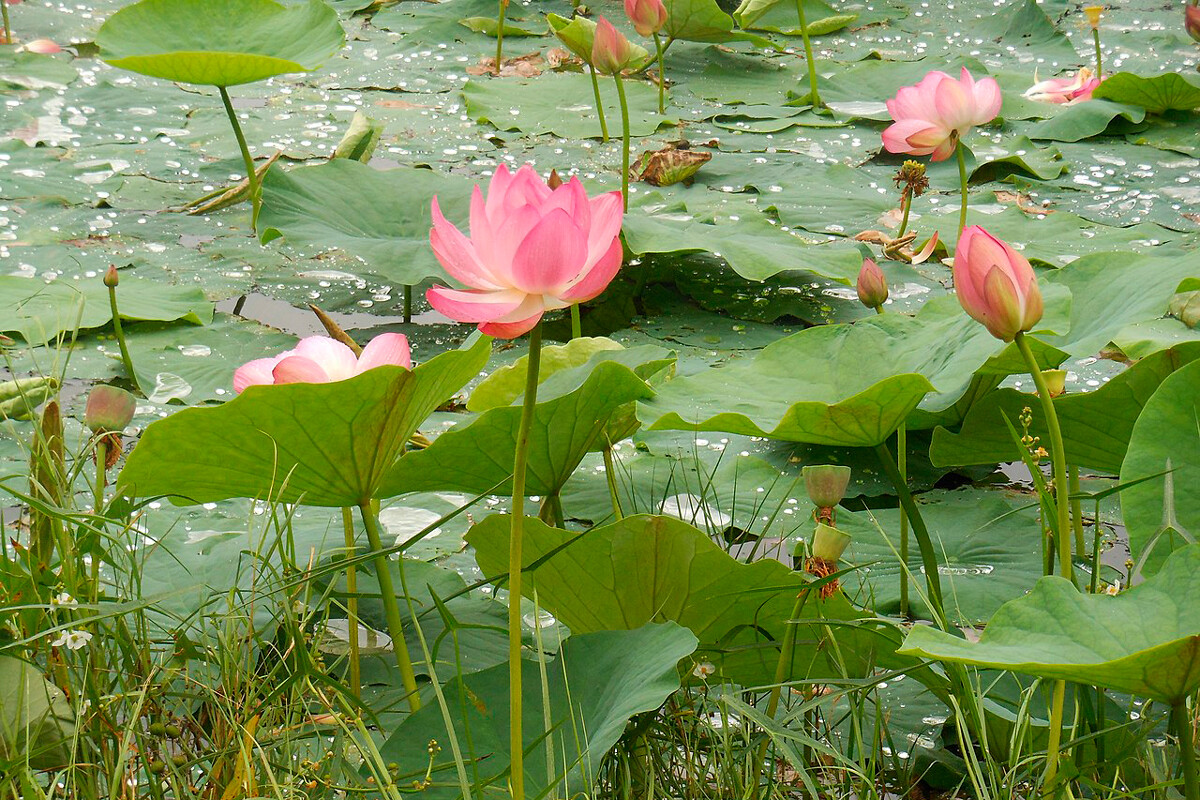 Another Far Eastern place where you can see the “flower of Buddha” is Amur Region. There are several lotus-blooming lakes scattered throughout the region and the local authorities have even created a whole map indicating where lotuses have already bloomed and where they will soon bloom.

The lotus is especially famous for the Hingang Nature Reserve. There, you can admire the plant on Dolgoye Lake and Krivoye Lake. And if you are lucky, you can also see rare red-listed cranes that nest in the reserve.

A pond in Belgorod Region

In 2015, for the first time lotus flowers also bloomed in a pond near the village of Bykovka in Belgorod Region. Huge lotus flowers immediately attracted the attention of journalists and photographers. 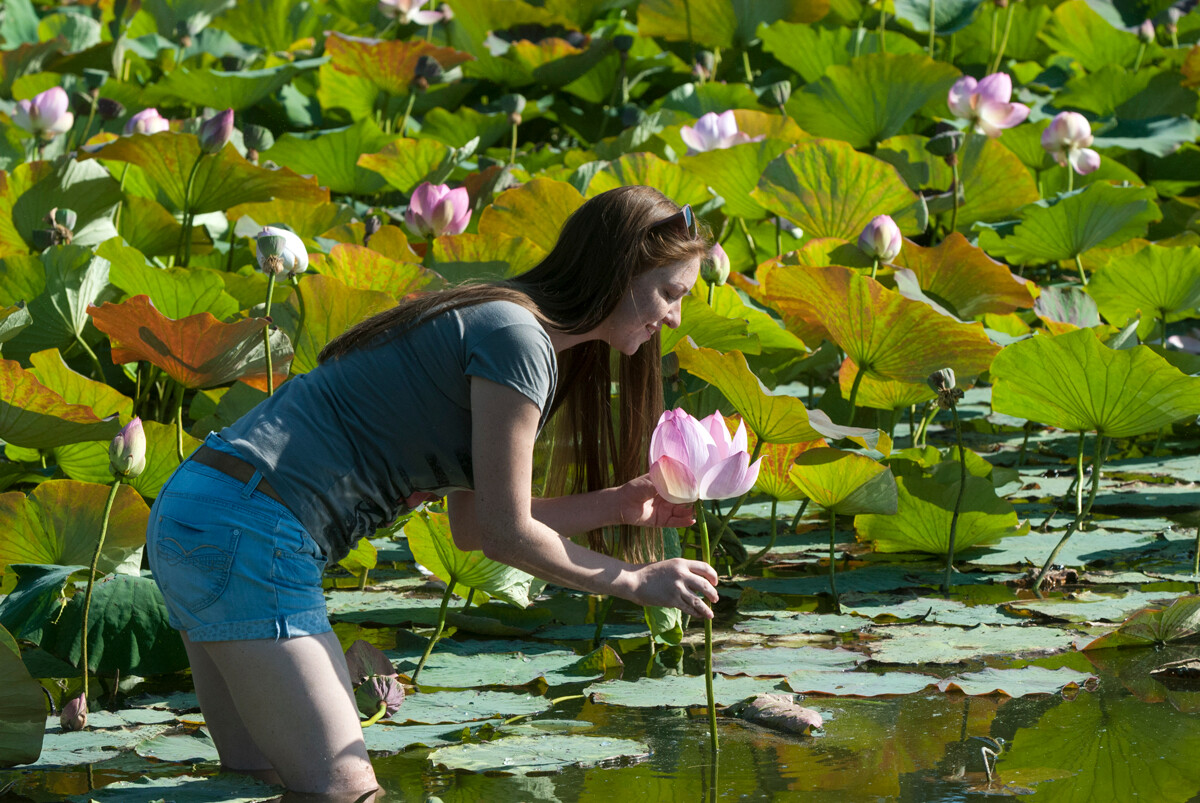 The seeds of the exotic plant were brought here by Anatoly Bakanov from the Far East, from where he had moved with his family several years ago. He tried to grow the flower in several other ponds, but the capricious plant took root only there.