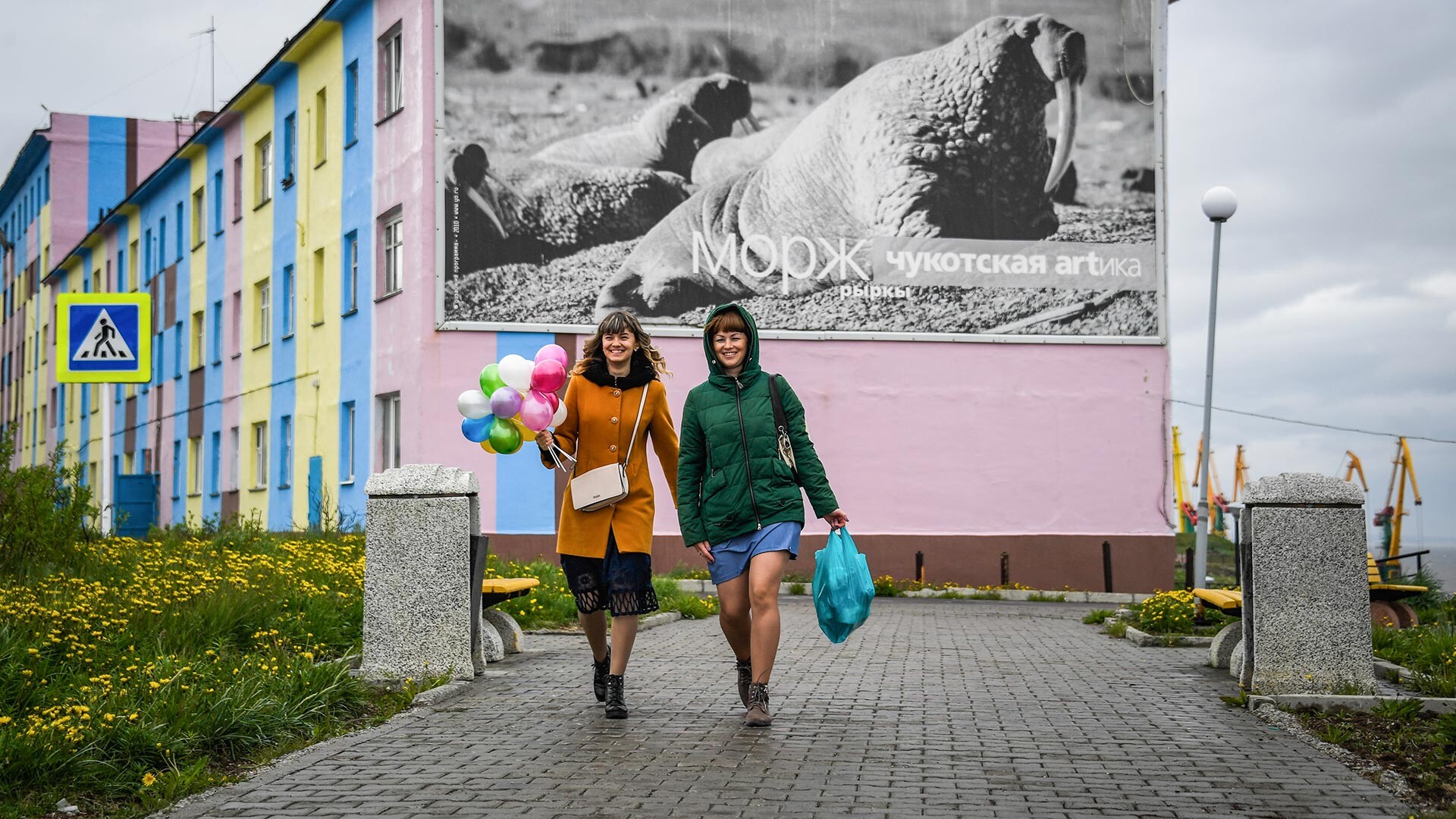 Yury Smytuk/TASS
Anadyr is extremely cold, far from everything, and has very high prices on food and housing. So, why on earth do people move to the capital of Chukotka?

When visiting this small town in a harsh climate on the fringe of Earth, you expect a very different picture. But, in reality, modern Anadyr can put a claim on the title of the “most colorful town in Russia”! Almost every apartment block there is decorated with murals. From one block, a pack of curious walruses watches passersby, from another block, a giant deer winks. This town, with its cozy winding streets, has a modern cinema, a sports club and different children’s playgrounds with Arctic animal figures. 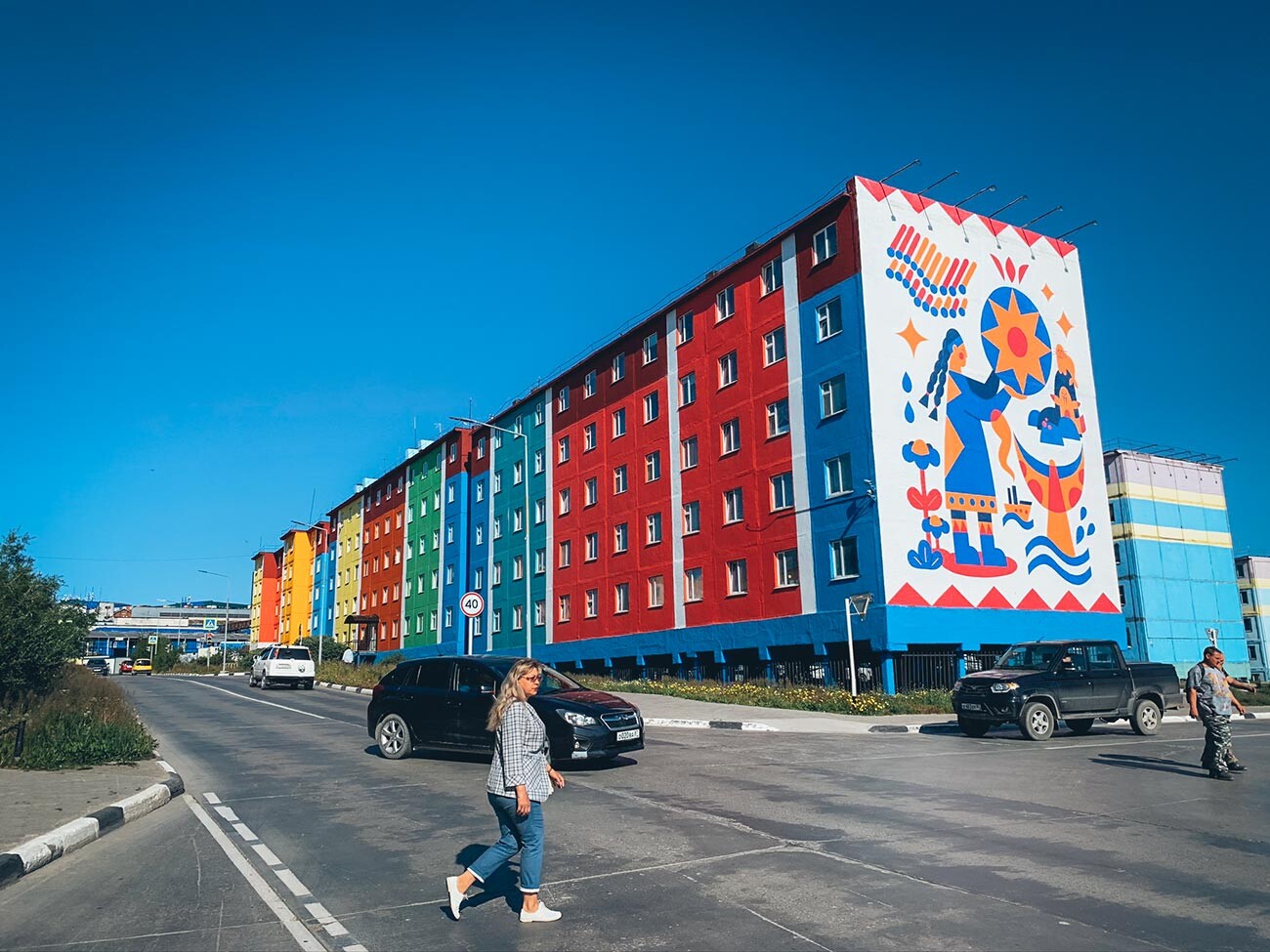 The flight from Moscow to Anadyr, the capital of the Chukotka Autonomous Okrug, takes over eight hours. It’s the easternmost town of Russia and Eurasia, only a bunch of villages and boundless tundra lie beyond it. It’s very far from other settlements and any goods brought here immediately spike in price. It’s not surprising that Anadyr, which is home to about 15,000 people, leads the ratings in the most expensive cities in Russia. 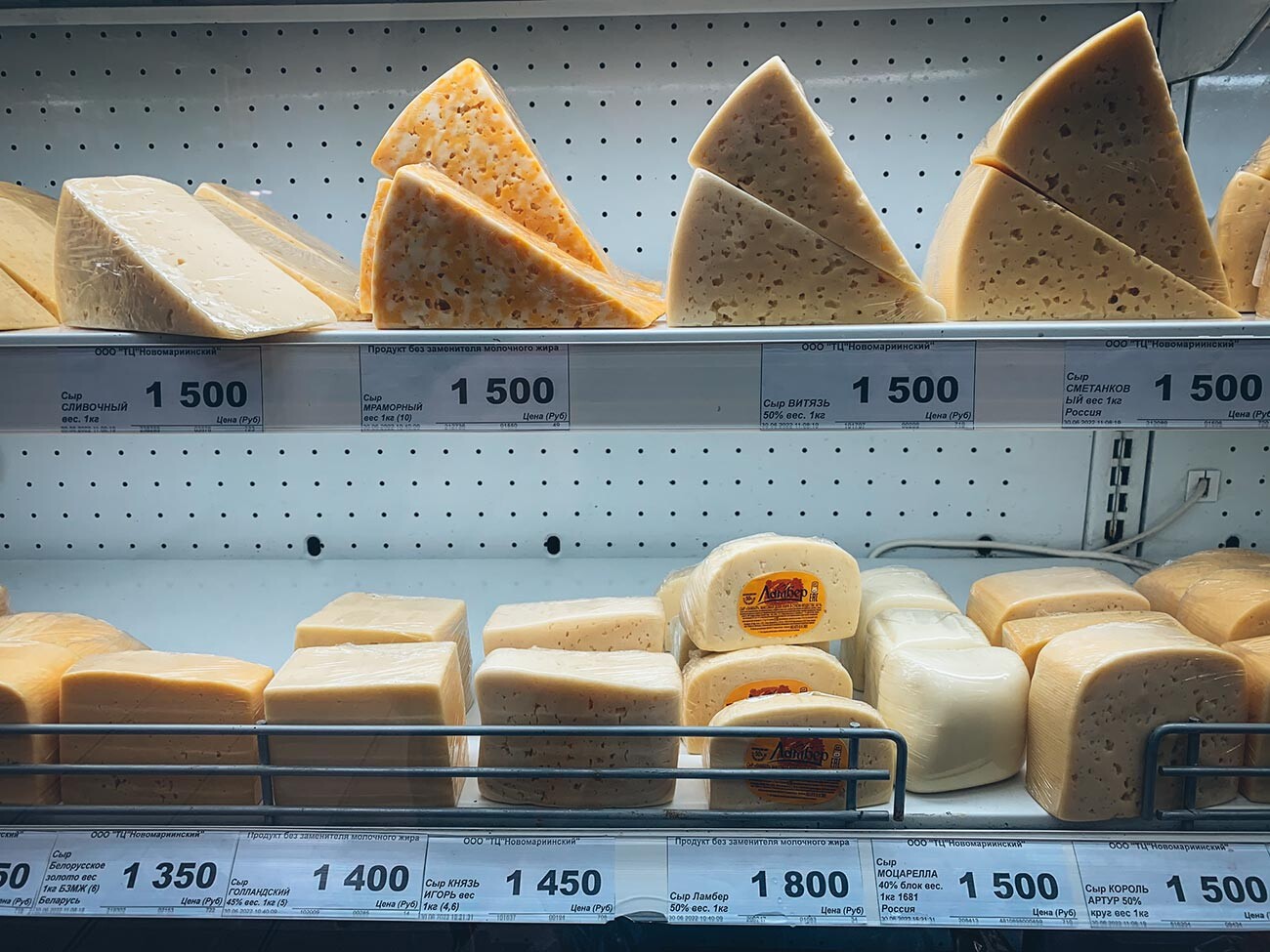 The price for ordinary cheese starts from $25 per kg. In Central Russia, the same cheese costs about $10.

The prices in local stores are a true shock to visitors. A carton of milk costs 3-4 times more than the average in Russia, while fresh vegetables and fruit cost 4-5 times more. And those are summer prices, so it’s even more expensive in winter.

As the locals say, the price tags here are sort of a local attraction.

Such an unbelievably high cost for the simplest products is due to the fact that they, as other regular items, are delivered to Anadyr only by sea and only in good weather (which doesn’t happen often!). Due to the harsh geographic and climate conditions, there are no railroads and no usual roads either (outside of the town there are only the so-called zimnikithat you can traverse on something like an ATV). Planes, of course, are an option, but then it would be even more expensive. 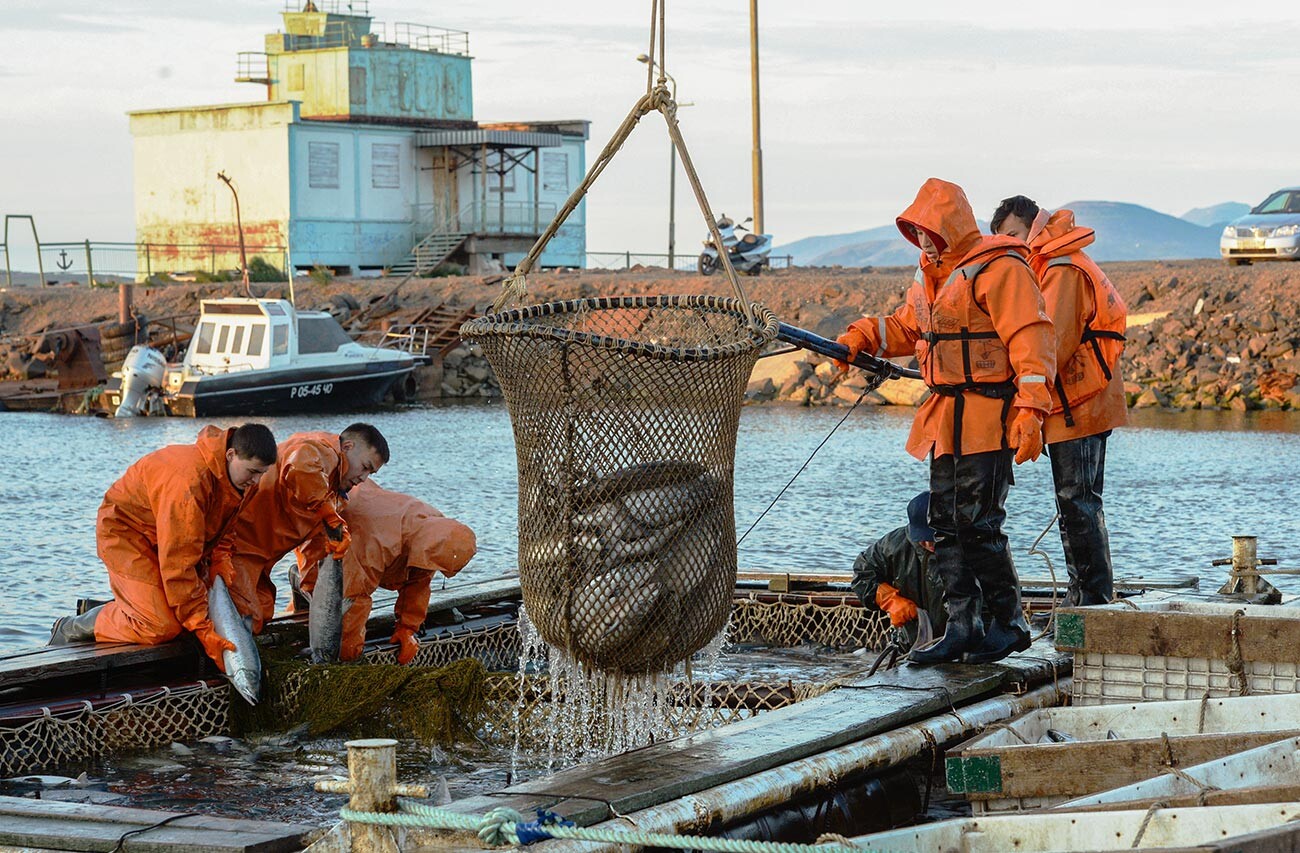 Catching fish on the coast of the Bering Sea in Anadyr district.

The food transportation window in Anadyr lasts roughly from the middle of June to the beginning of November and depends on the weather. The goods are loaded in Vladivostok onto a giant ferry, which covers a distance of 3,700 kilometers per month. First, it sails to Anadyr and then to other settlements of Chukotka. Every summer, the ferry manages to make several trips. 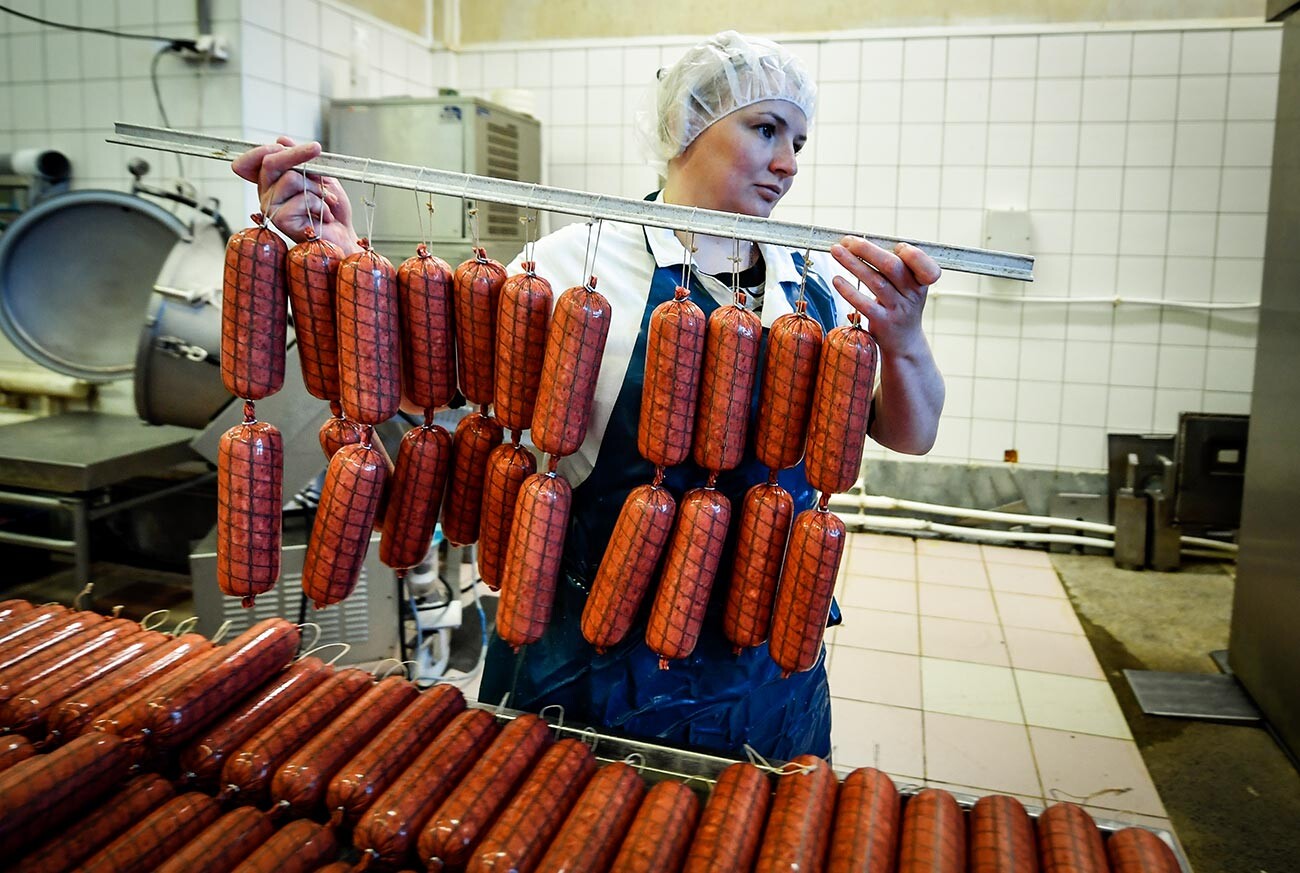 The sausage production in Anadyr.

Chukotka also has local produce and the prices for it are much lower than for everything that’s imported – comparable to Russian price averages. Anadyr makes its own bread (of course, from imported flour), it offers local venison, sockeye salmon and vegetables grown in summer greenhouses. Local businessmen are trying to develop the greenhouse business to produce affordable cucumbers and tomatoes all-year-round, but, for now, they’re only making their first steps. 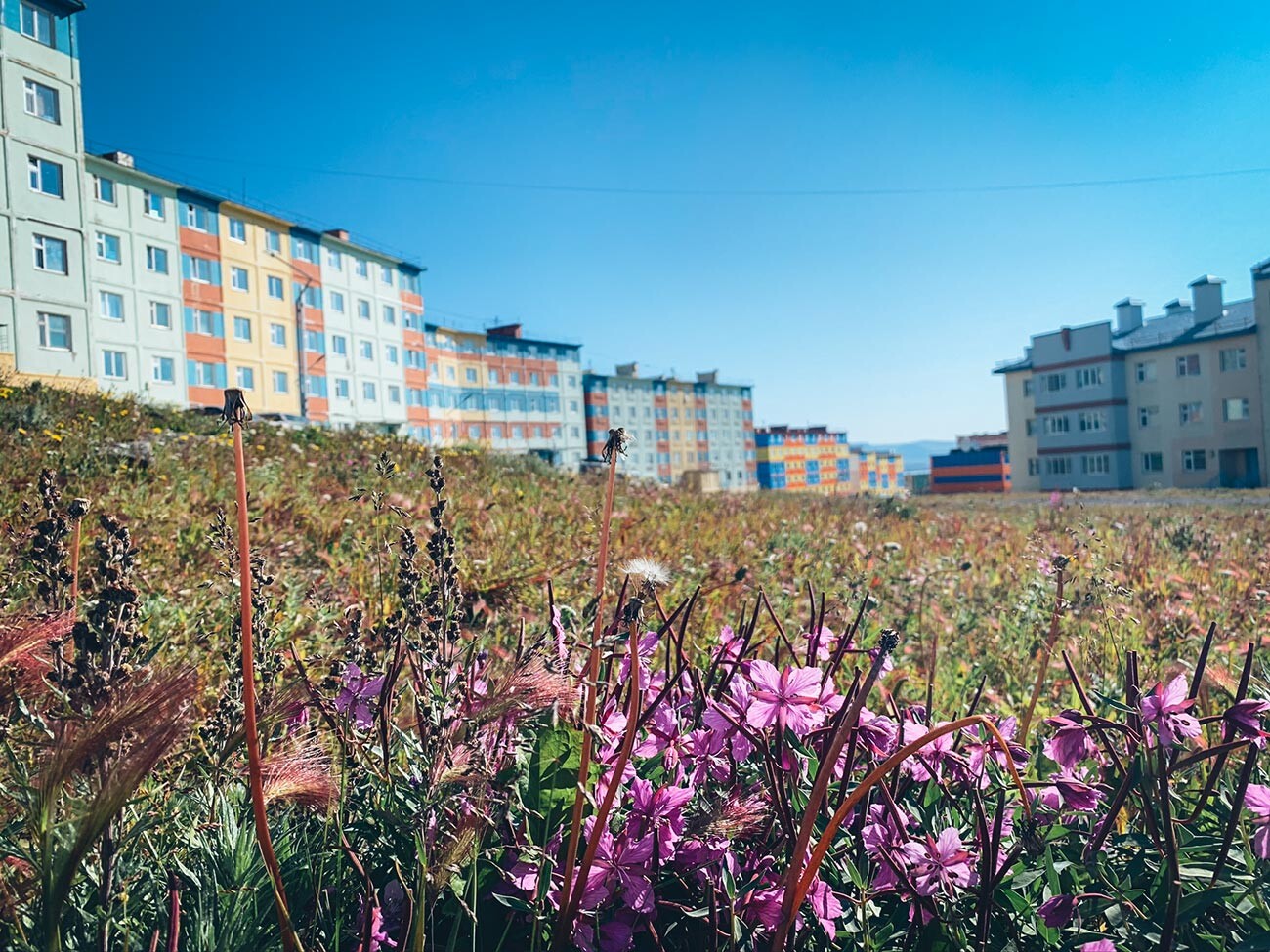 Not only the food is expensive in Anadyr. Housing of all types is also a very expensive commodity. The simplest hotel room in this remote provincial town will cost you the same as a four-star hotel stay in such a costly place as Moscow (10,000 rubles per night - approx. $170). A one-room apartment in an Anadyr khrushchyovka block is also comparable in cost to Moscow (starting from 7 million rubles - approx. $115,000). 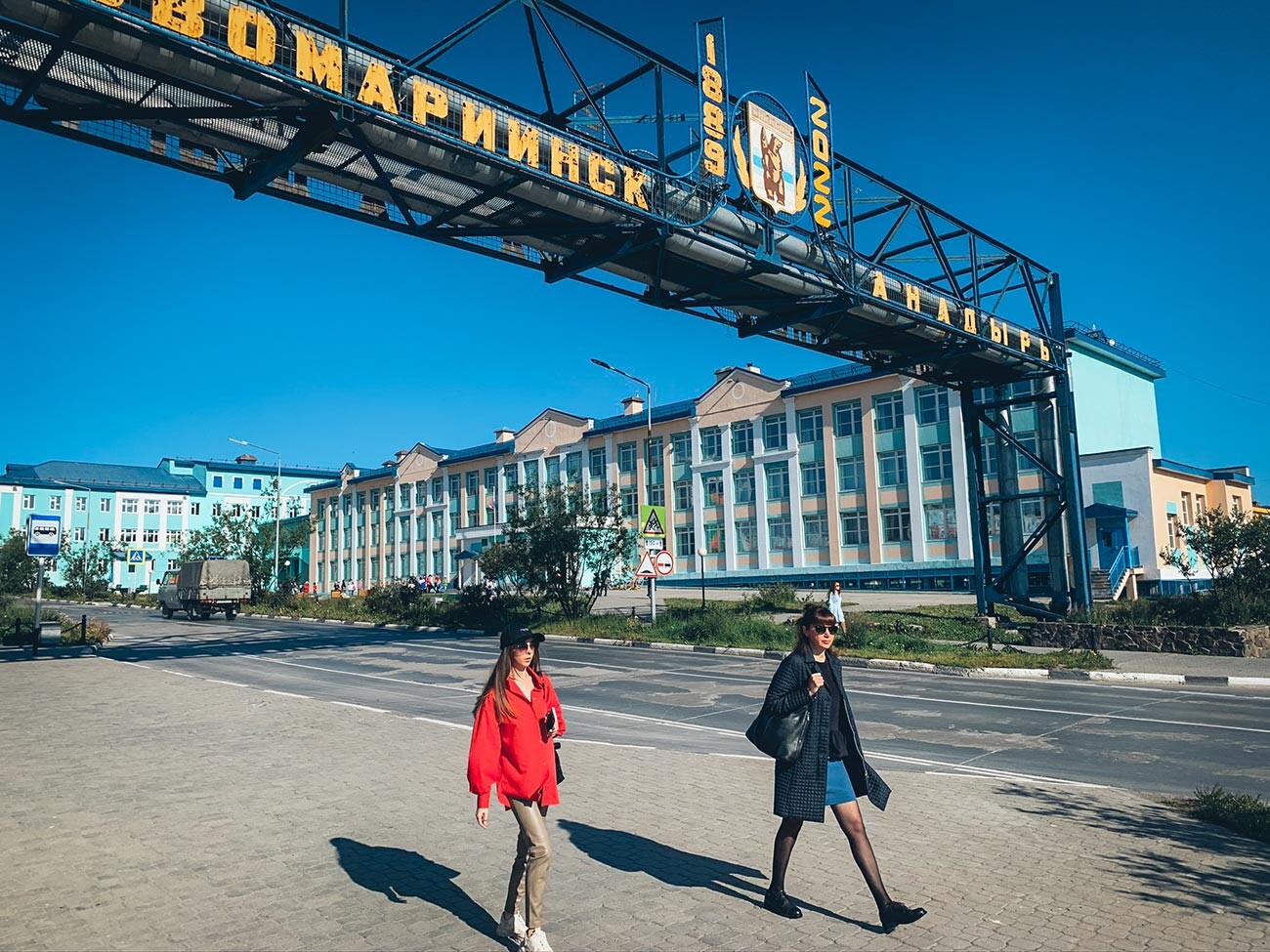 Despite all the hardships mentioned, a lot of young specialists come to Anadyr, as well as to Chukotka, as a whole. The town is well-equipped for children, too, but you almost never see the elderly around. 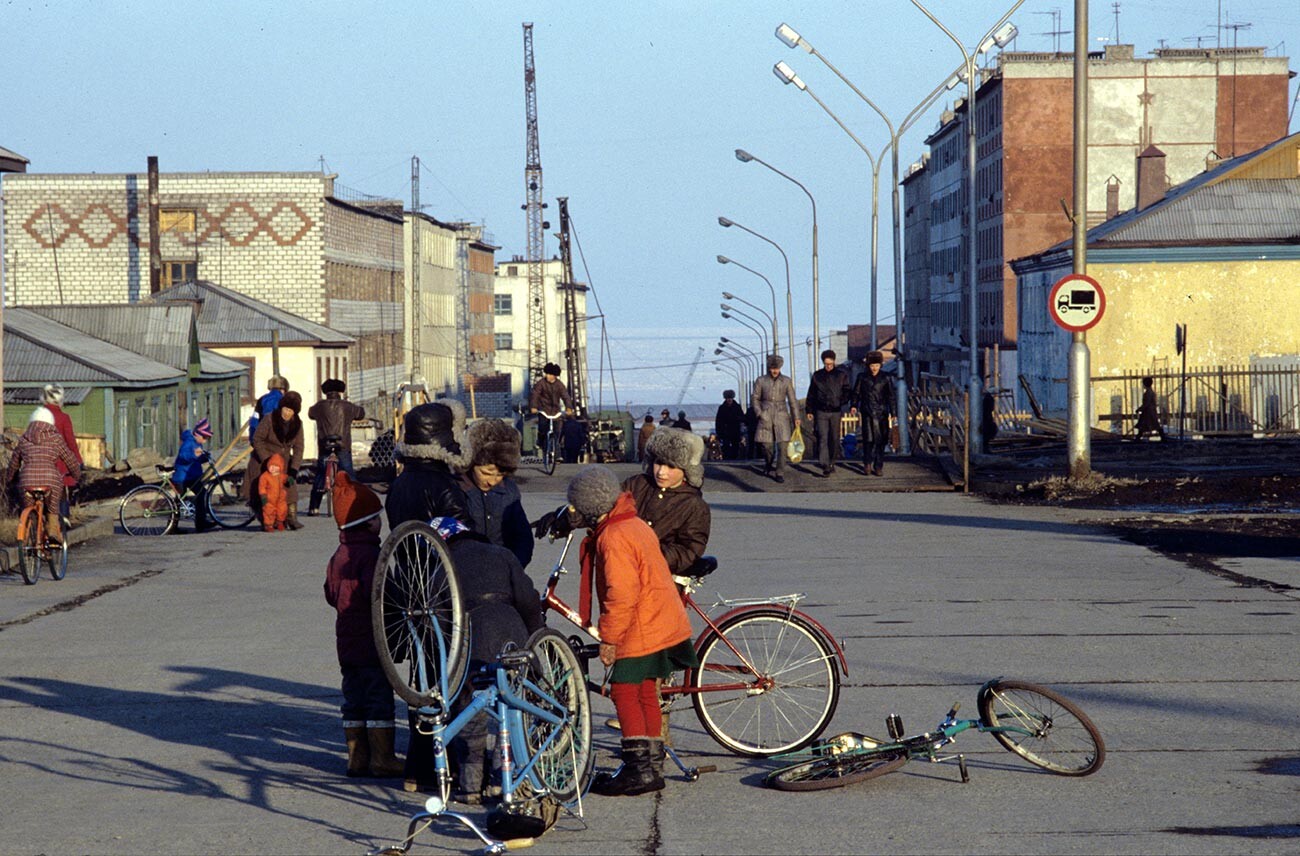 Anadyr was founded in 1889 (before 1934, it was called Novo-Mariinsk). During Soviet times, Anadyr’s infrastructure saw a lot of investment, since the town was, so to say, on active duty, situated not far away from the sea border with the U.S. Aside from that, back at the end of the 1950s, gold and silver deposits were discovered there, so there was no shortage of work. Living in the North has always been expensive, but, during Soviet times, it was well-compensated by giant salaries and benefits like early retirement – that was called “to go for a long ruble” (in pursuit of big money). 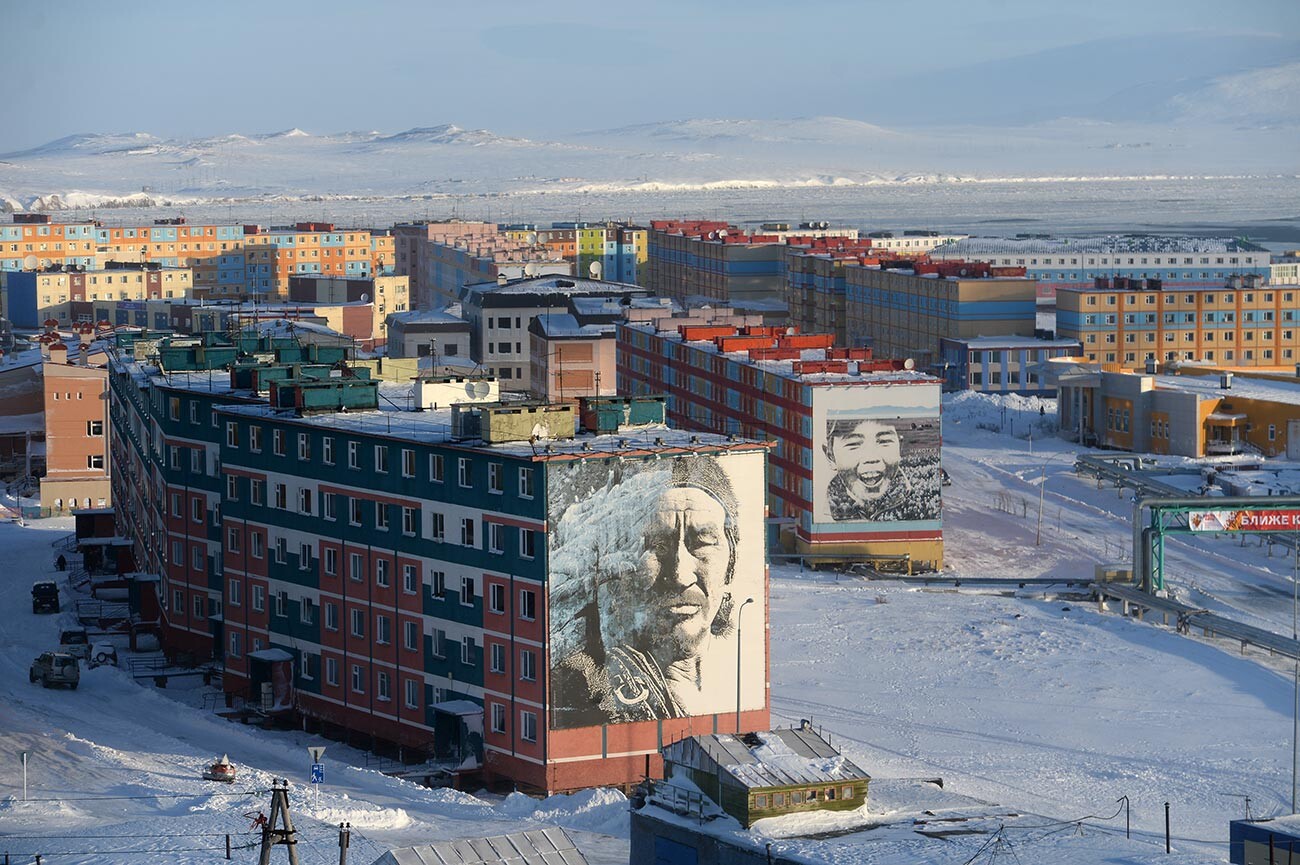 Despite its popularity, Anadyr has never been a metropolis. Its maximum population – 17,000 citizens – was in 1989. But, because of the crisis due to the collapse of the USSR, a third, if not more, people left the town during the following decade (across the entire Chukotka the population dropped three fold). Many sold their apartments for the price of plane tickets to Moscow – the situation was that bad. In the beginning of the 2000s, people began to return. According to locals, it happened mostly thanks to then Chukotka governor and now famous businessman, Roman Abramovich (who occupied this post in 2001-2008). As Russian media stated, he invested in it, including paying the income tax in the region, which amounted to millions of dollars. 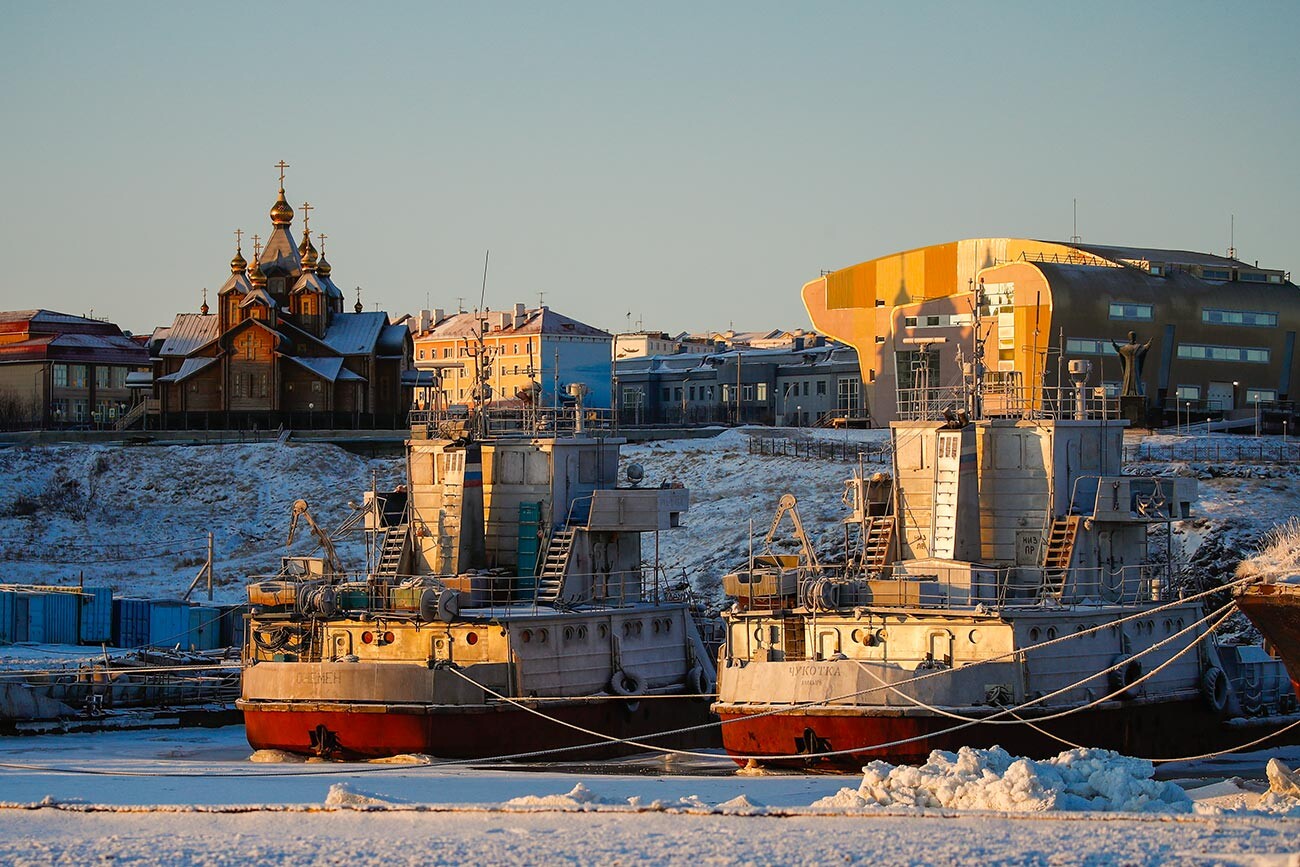 He repaid the salary debts, engaged in developing new enterprises and also put many settlements of the region in order. Chukotka turned into one giant construction site. The former governor is remembered here very fondly, because, with his help, at some point, a depressing region became not so much a flourishing one, but definitely one that has stopped dying away. Most importantly, today, Anadyr, once more, is a town where a specialist can earn the “long northern ruble” once more. 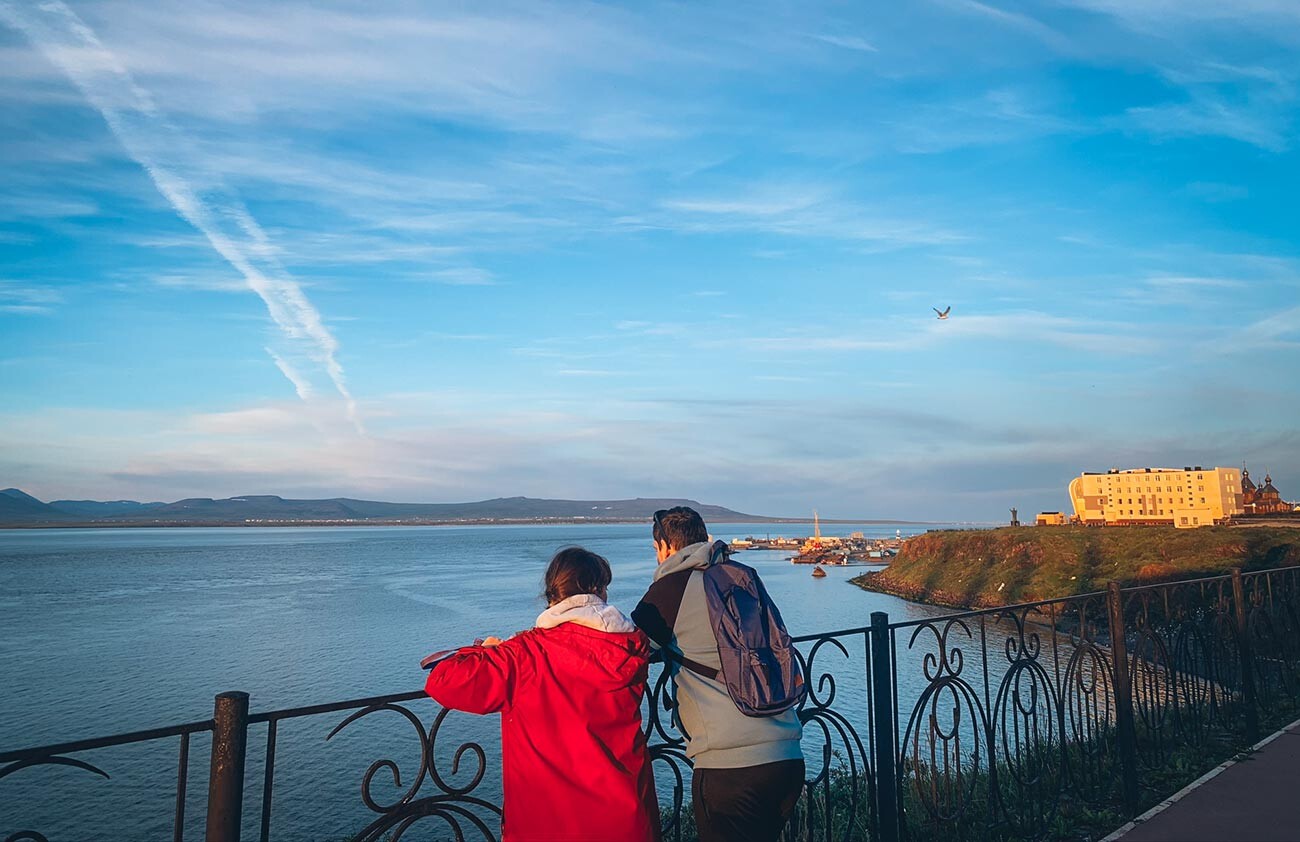 In Chukotka, people engage, most of all, in the mining and gold mining industries – about 10% of all Russian gold is found there. Anadyr has no production, however, so people also work as teachers, doctors and office workers. Specialists that work at the sea port and the airport are also attracted. 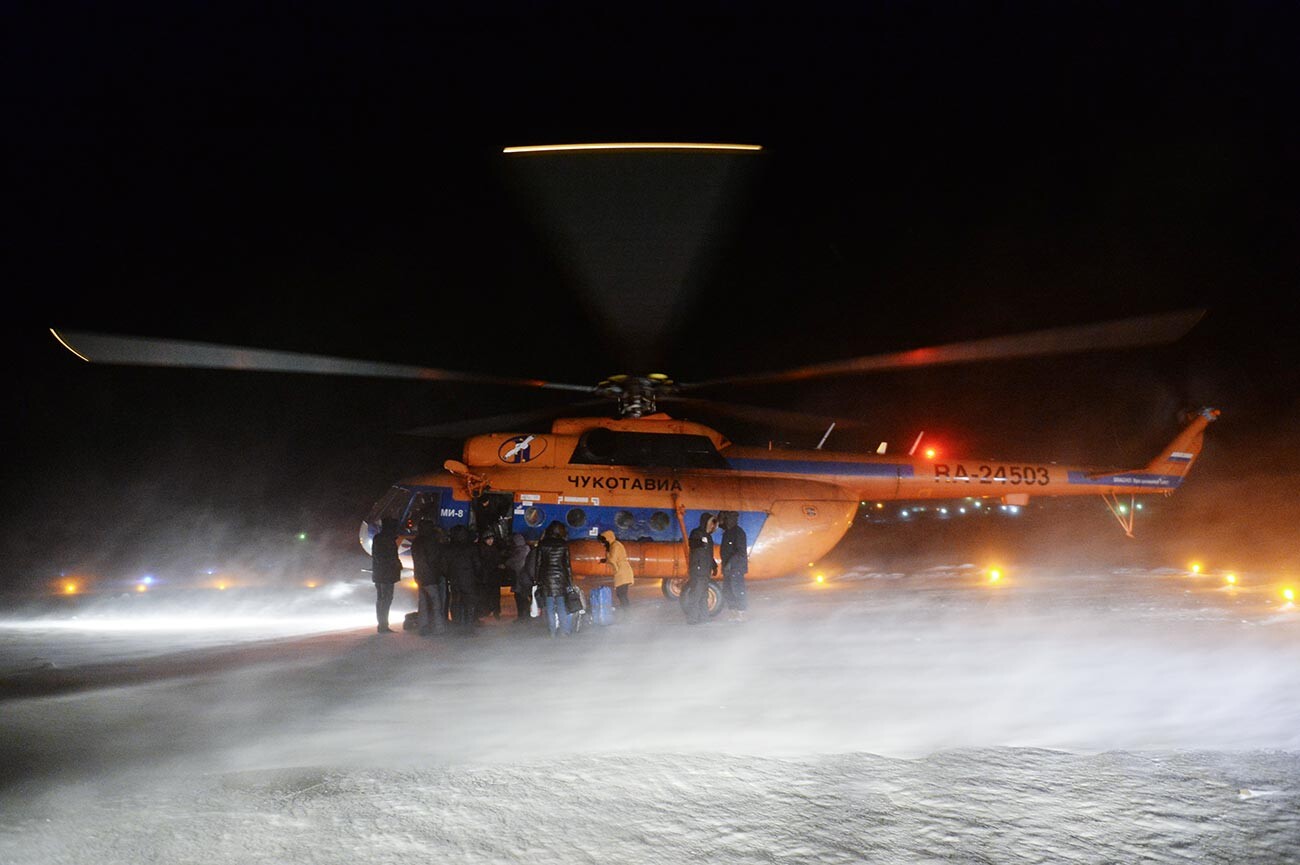 At the Anadyr airport.

Many jobs are offered on a rotational basis. Aside from the salary, in many cases, the employer pays for accommodation and transport. Once every two years, workers are fully reimbursed for their transportation to their holiday location and back – to any place in Russia. Also, after a certain amount of time spent working in Chukotka, the age requirement for retirement drops. 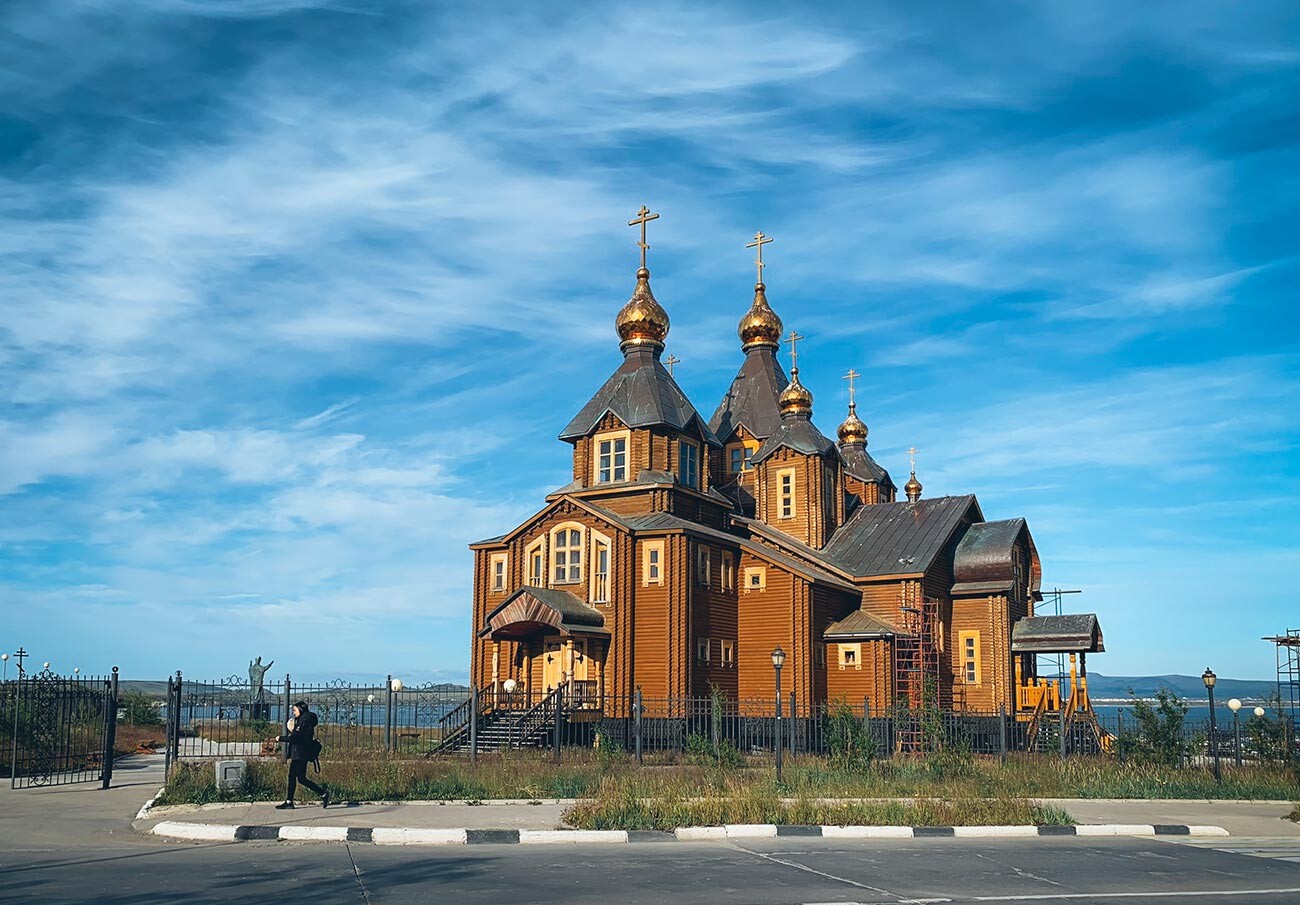 The pension itself here is 1.5 times higher than in other Russian regions. Usually, people go there for work for several years, saving their earned money for an apartment or a house back home and then head back. 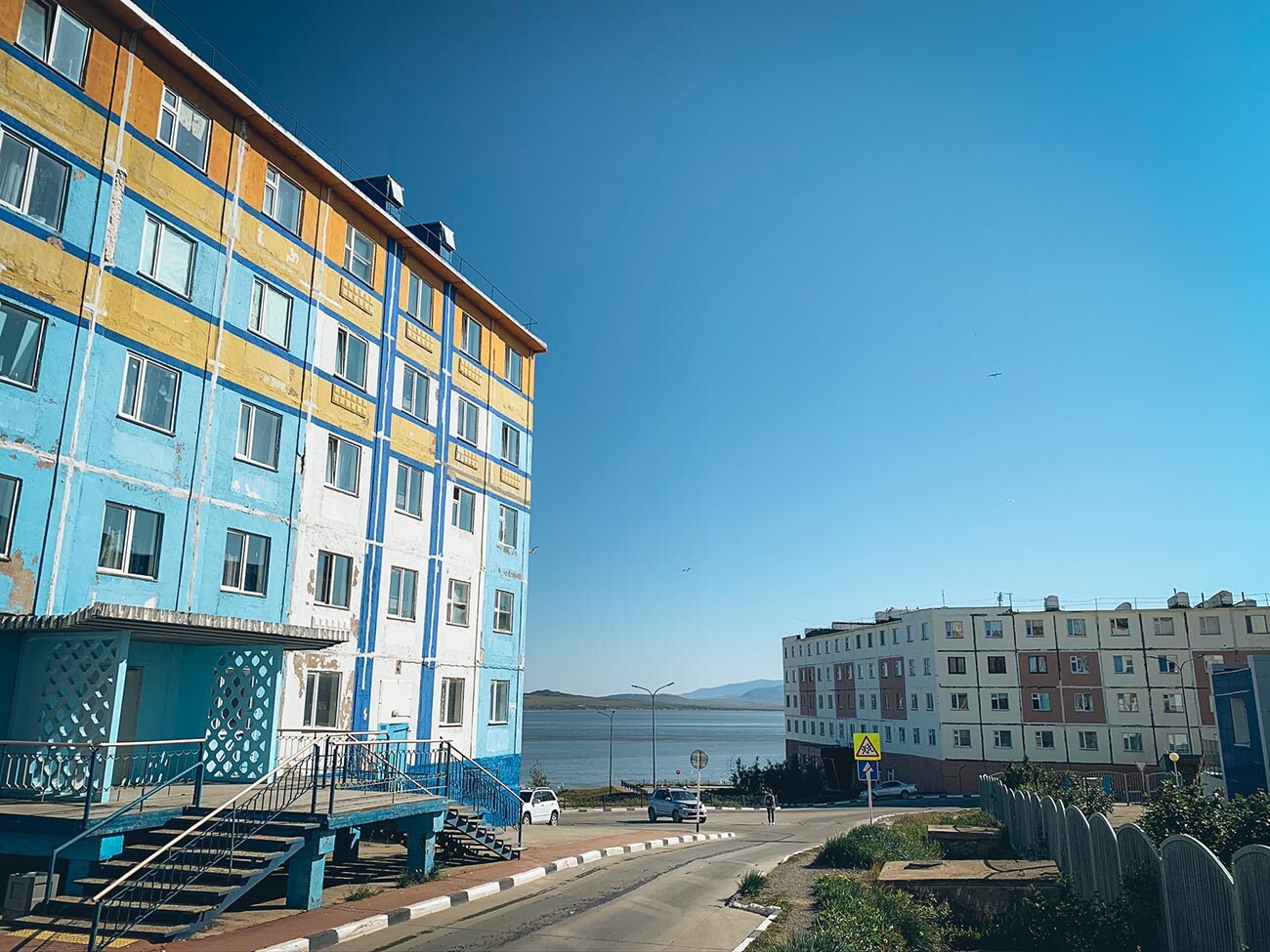 Chukotka’s subarctic climate is quite harsh (Anadyr has winter conditions the majority of the year and the summer is short and cold), with bone chilling winds and a lack of sun. But, people who go anyway consider it romantic in its own way. 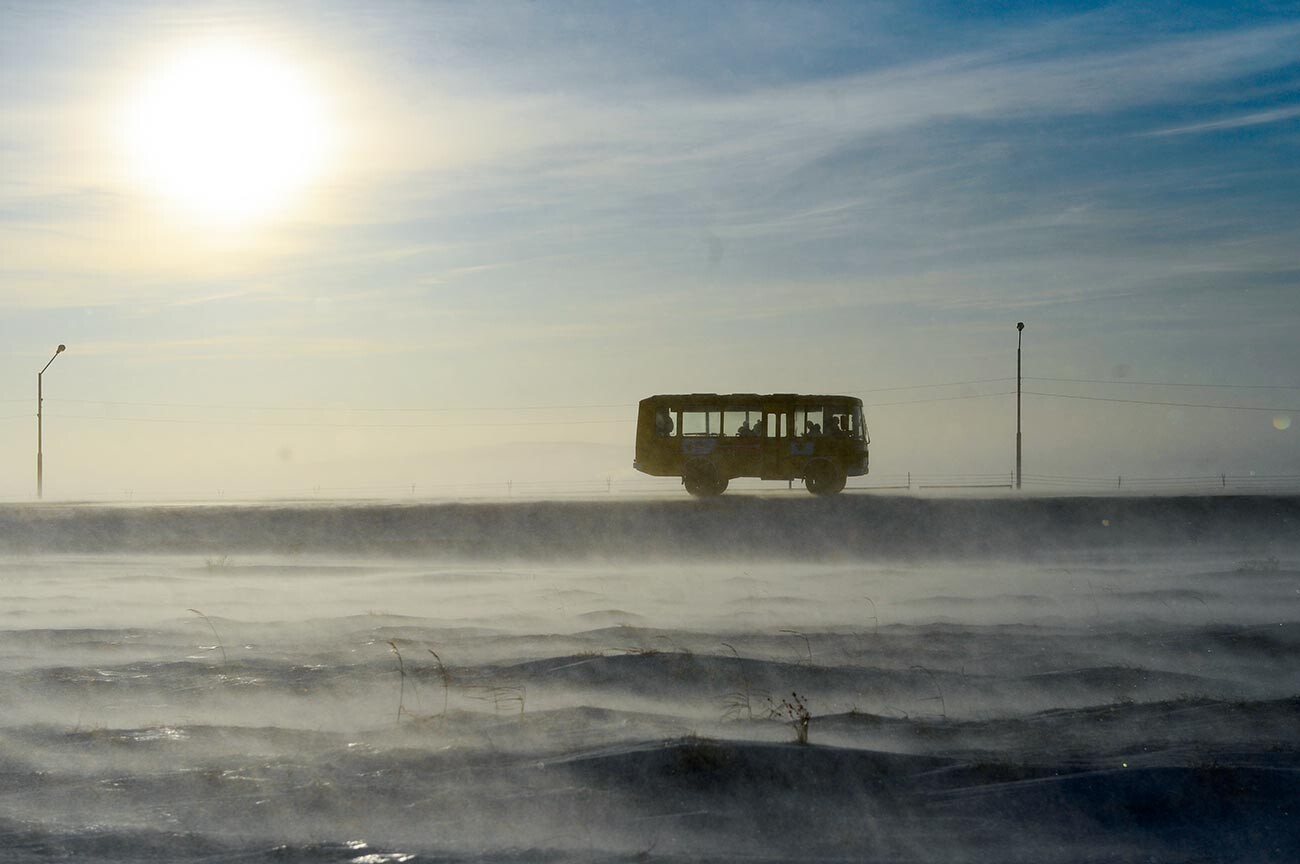 “I’ve lived without snow for 25 years of my life, in Chukotka, I felt cold for the first time,” Murfet says, who came from Serbia and works in transportation. “Before, it was a closed city. I didn’t know where I was going. I was shocked, at first. The streets looked like something from the previous century. Then, I returned here again several times, like on vacation, and I realized that here I’m at rest, not thinking about city troubles.” He returned in 2007 on a business trip and then decided to settle. “Time here is the most important thing. We live here. We have time to read, for ourselves, for our families. We communicate a lot among ourselves, we have many friends – not subscribers, but real friends.” 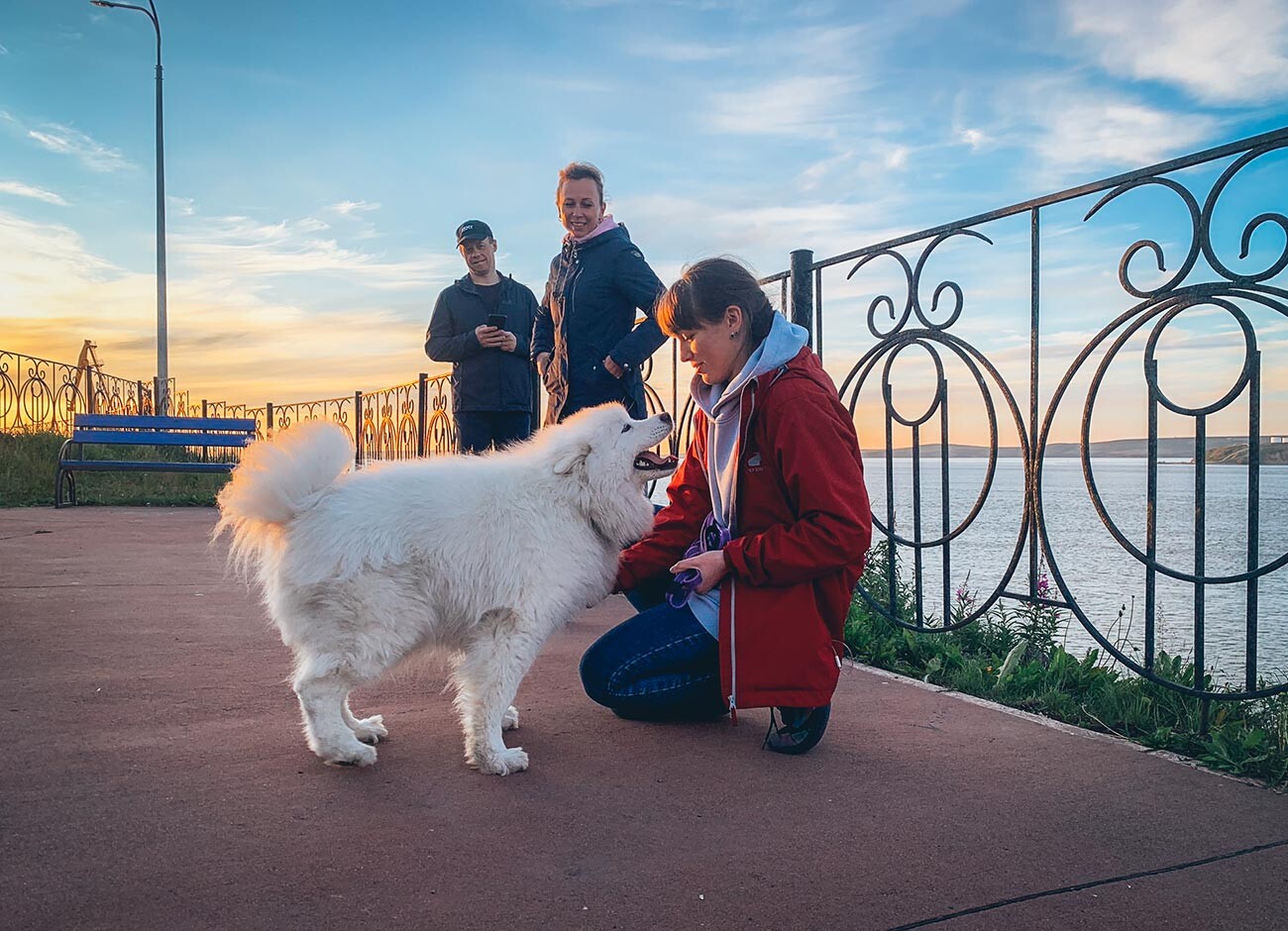