Stories from forgotten villages: What to see in the Seto museum 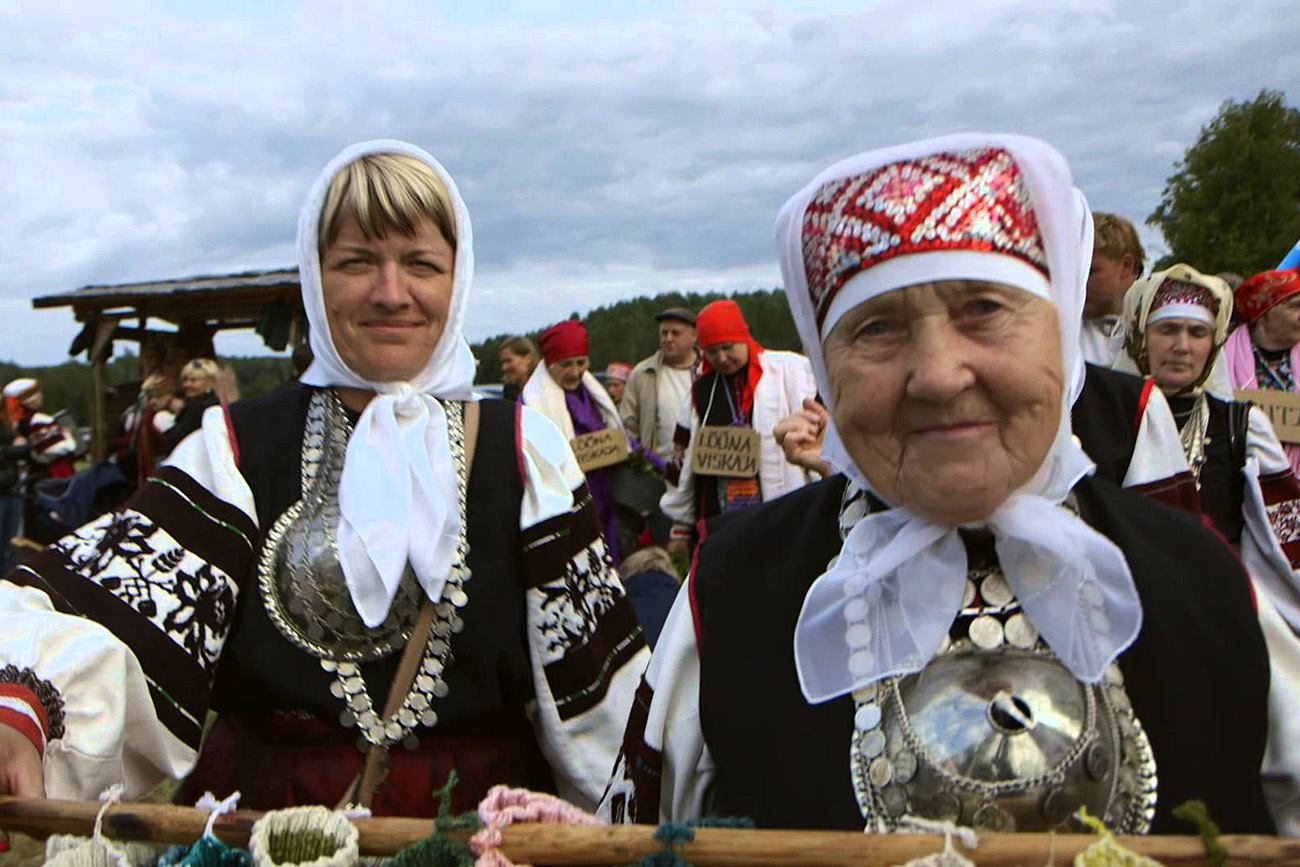 YouTube/Visit Setomaa
Surrounded by other ethnicities, Seto people preserved their own culture.

In summer, you can hardly see any houses in the village of Sigovo. They become almost invisible thanks to the lush greenery of the trees and gardens, and the silence is broken only by the occasional barking of dogs. In summer, local residents come to the village to start a season at the dacha, and on special days, the indigenous Seto people come from Estonia to bow to the graves of their ancestors and visit their old parents' homes.

"Sigovo is the only settlement of the Seto people in Russia," says Tatyana Ogareva, director of the Seto museum. “I was shocked when I came here in the 1980s. It seemed the Seto were still in the 19th century -  they led an agrarian lifestyle and produced everything themselves, from shoes and clothes to tools. And almost no one spoke Russian.”

– When did everyone leave the village?

– After the border between Russia and Estonia was established in the 1990s. Before all the Seto left for Estonia, the St. Petersburg artist Maria Tyurina painted portraits of each of the 21 villagers - that’s how those dolls with their faces ended up in the museum. Tourists visiting the museum react to these dolls differently: Some are frightened, while others are so impressed that they come here again.

A collector of village antiquities 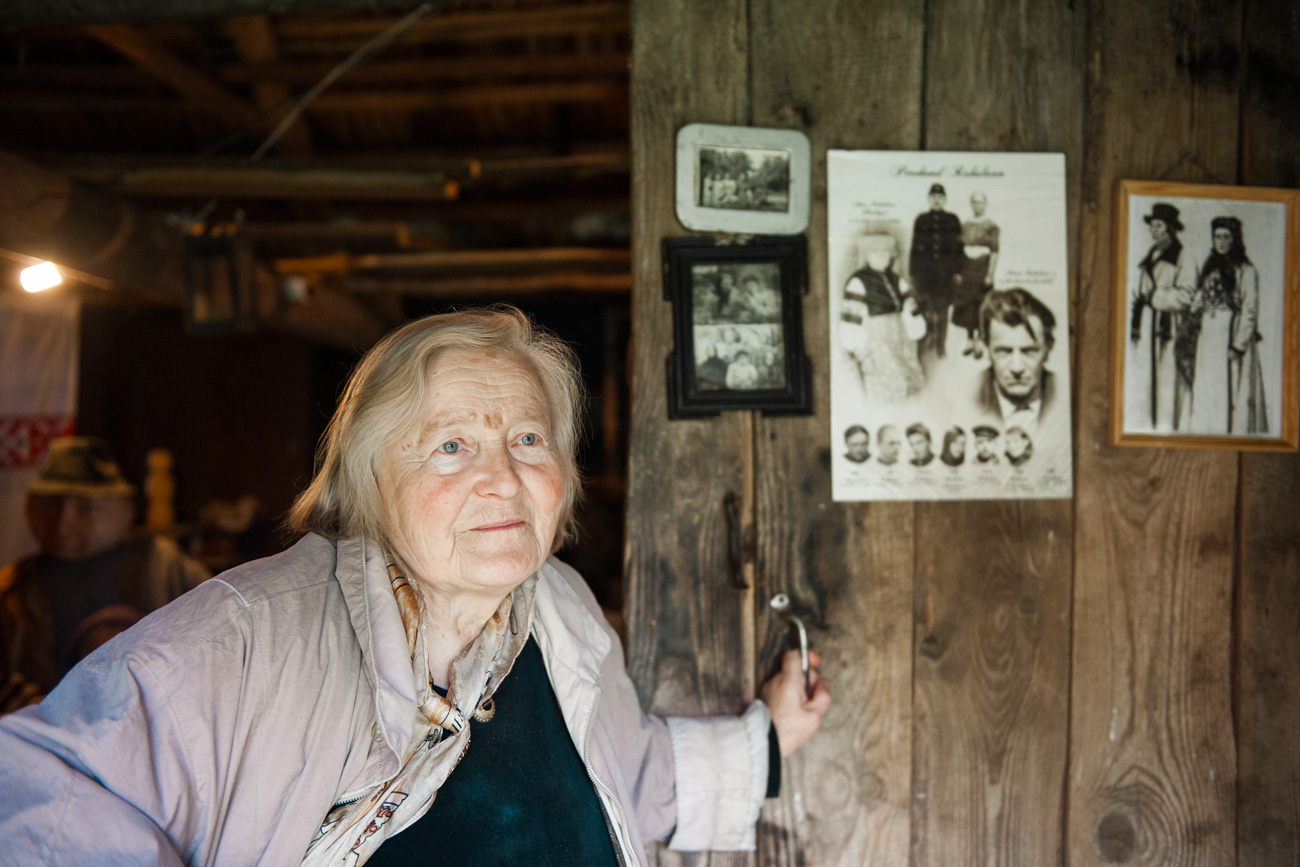 “When the Seto were leaving Sigovo, they decided that a memory of them should remain here, so they began to collect different personal belongings from their homes. Everything here is handmade, that's why the first museum of the Seto people is called ‘The Author's Collection,'” Tatyana says.

This small and gray-haired but very lively museum director leaves Sigovo for the city only on important business. It’s not so simple to get to Sigovo: First you take a train or bus from St. Petersburg to Pskov, then a bus to Pechory, and then it’s another 8 kilometers by car or on foot. Tatiana Ogareva lives year-round in the village: She has a lot of work to do and acts as a tour guide during the summer, but in winter she worries that the roof of the museum will someday collapse under the weight of snow. Tatiana is in charge of everything, yet she's almost 80 years old.

The photographer and I saw a sign that said 'Seto museum' on the gate of an ordinary wooden barn surrounded by a small garden and apple trees, with chickens walking around, and decided to look for the museum which must be hidden somewhere nearby. Tatyana opened the doors of an unremarkable shed in which all the relics of the Seto people are kept - traditional costumes, looms, and god-cloths - long white linens with traditional red patterns, which were used to decorate the icons in the homes of the Seto people. People were moving and couldn’t take everything with them, or didn’t take care of their old things, not seeing any value in them.

The museum is a classic house in the Seto style and has high ceilings. One part of the house is partitioned off to serve as a barn, another part is for people to live in, and the remaining part is a hayloft. The house was built by the Külaots family in the late 19th - early 20th centuries.  Back in the olden days, all the Seto people lived in houses like this.

Where the borders overlap 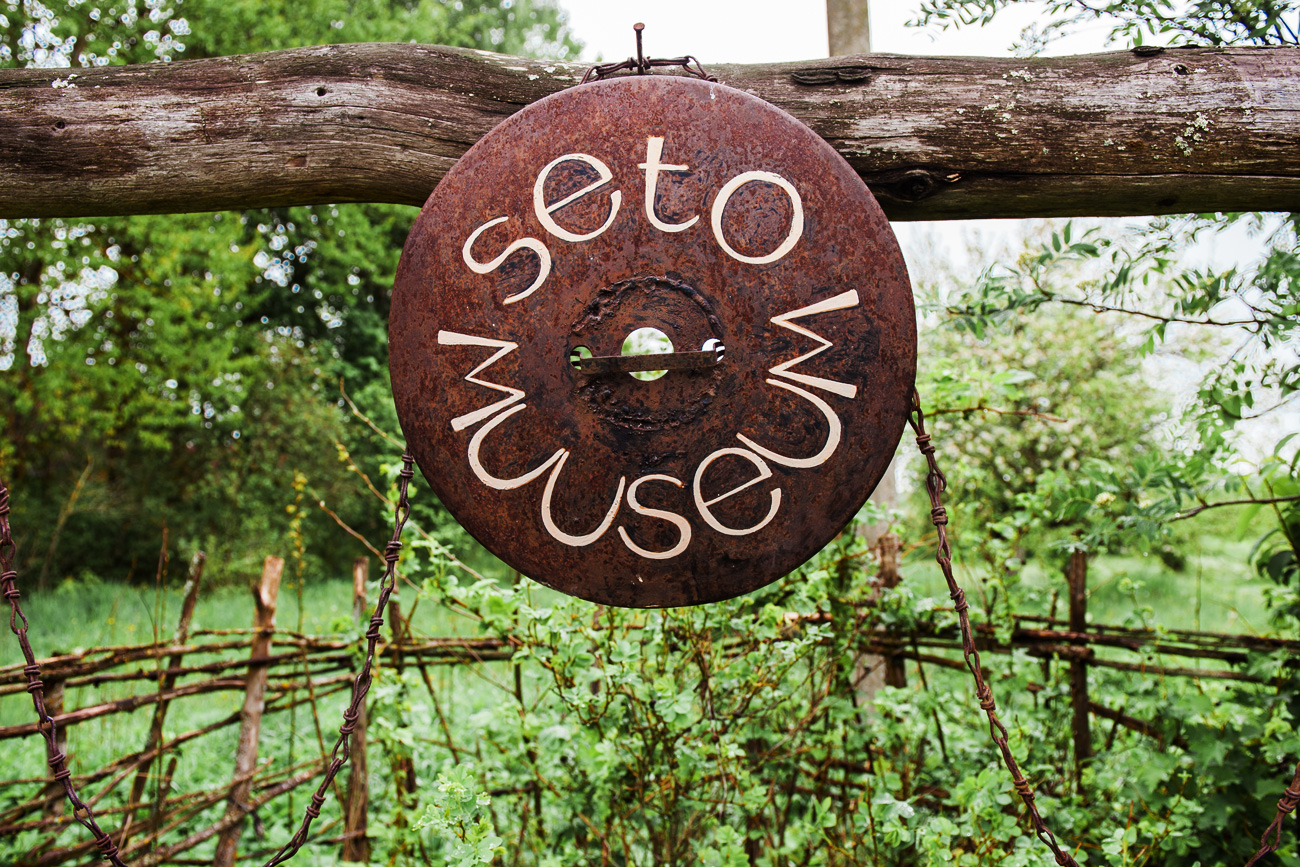 The first time the Seto people were mentioned in chronicles was 1815, when the German traveler Christian Nest Schlegel wrote about them. The very name ‘Seto’ first appeared only in the 19th century.  Before that, these people were called the 'Pskov Chud.' They had lived for about 500 years in the Pskov-Pechersk lands, peacefully coexisting with Russians and Estonians, whose lands and settlements overlapped with theirs.

The Seto lands have always been located on the border of several cultures. Traditions common to the Volga-Finnish, Balto-Finnish and Slavic peoples have been preserved here. This Seto house in Sigovo is the only museum in all Russia dedicated to these people that have preserved their culture.

In times of old, in Setomaa, as the locals called their land, private property and crafts were well developed. Peasants received basic income from the sale of linen, and each tried to buy more land to process more raw materials. The Seto linen sold well - mostly to the British, who made sails and ropes from it. The peasants wove clothing for the whole village from this linen as well.

The men and women of Seto were very skillful. They could do any work such as plowing, building, repairing and making things. In the museum of the old ways of the Seto, you can find old leather shoes, their soles attached with small wooden nails the size of a match – the Seto craftsmen were extremely masterful.

Unfortunately, at the end of the 20th century, the Seto land was divided in two by the Russian-Estonian border. Mostly old people who could not leave their homes and the graves of their ancestors stayed on the Russian side, and their numerous children and relatives found themselves on the Estonian side.

Seto people from different villages meet up on important holidays: On Whit Monday, celebrated on the 51st day after Easter, or during the family festival of Setomaa from August 27-29, when guests from Estonia come to Sigovo.

The culture of the Seto people still lives 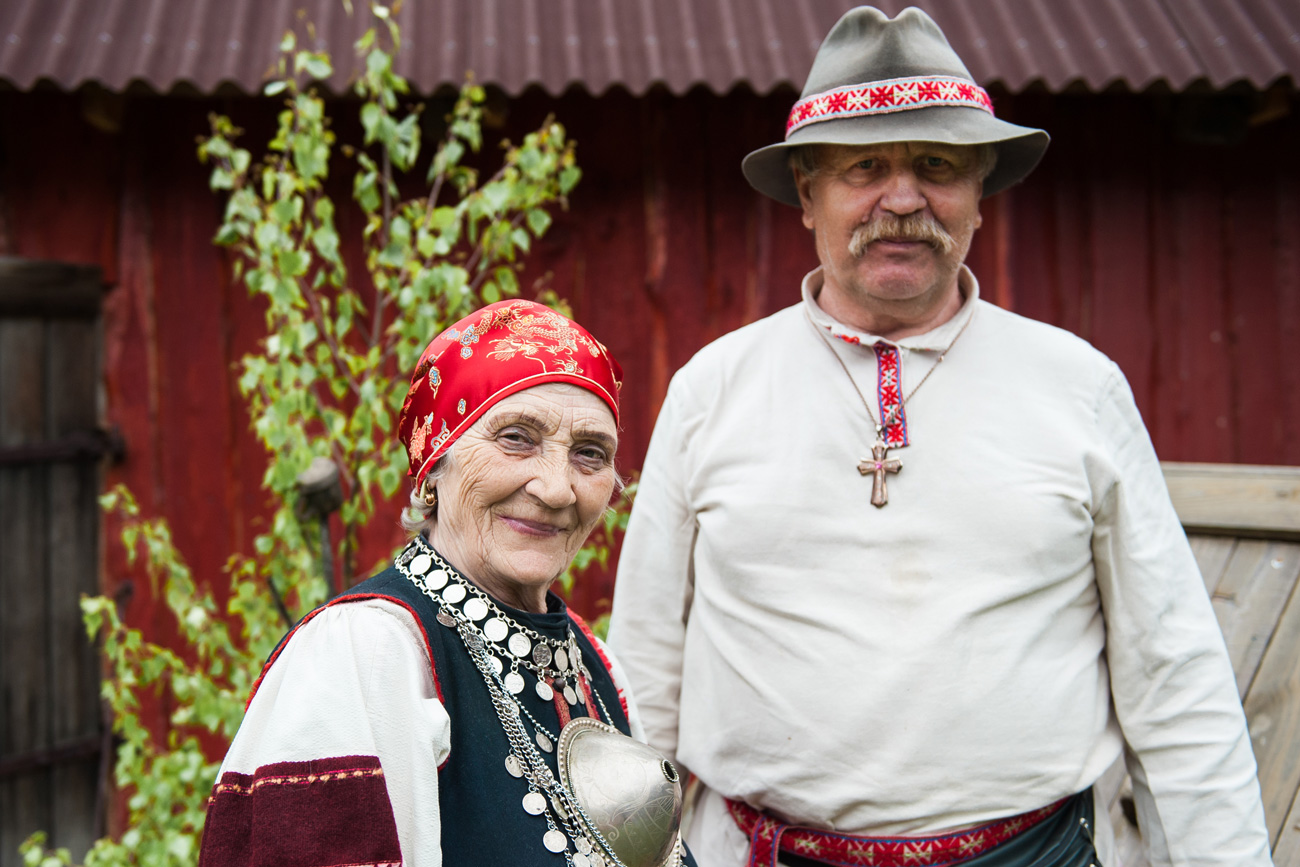 On holidays, folk music is played in the Seto Museum, folk songs are sung and dances are performed. The traditional festivities, or Kirmash, are held. Everyone speaks Russian and Estonian, for the most part – few people know the Seto language, and mostly old people speak it.

Women wear festive white shirts along with red sarafan tunics and a wide belt called a wu. They wear headscarves and like to adorn their necks with silver jewelry and a breastplate, SuurSolg. Men, according to old custom, wear shirts with wide sleeves and a chest slit on the left or in the middle, black trousers, and а belt made of twisted cord.

Estonian and Russian Seto people, along with those Seto who moved to Siberia meet up on holidays thanks to the development of social media. They like recalling how they used to live together in these lands.

“Our culture lives,” says Aare Hyrn, the Minister of Seto culture. He is dressed in traditional Seto costume. “Very few people remember the language, and our children speak mostly Estonian and English. But on birthdays and holidays, they begin to sing Seto songs – and it’s wonderful.”