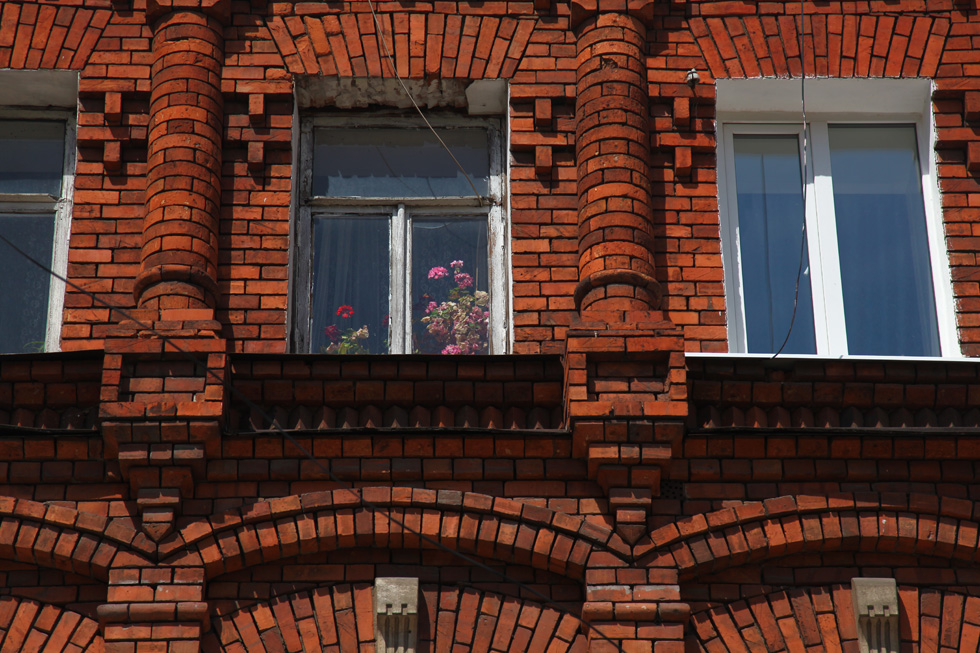 Geophoto
On your way from Moscow to St. Petersburg stop by Vyshny Volochyok to find out why it is sometimes called the "provincial Venice."

RBTH disclaimer: While being a very charming place to visit, numerous visitors have reported that their visits to Vyshny Volochyok have been ruined due to the enormous traffic jams that can occur here. An ideal stopping off point between Russia’s two largest cities, we recommend that you choose your times of departure carefully if traveling by car.

Dating back to 1471, Vyshny Volochyok is an important dot on the map between Moscow and St. Petersburg. Prior to the 19th century, the Vyshny Volochyok Waterway connected St. Petersburg with central Russia: Its channels served as cargo lines for all sorts of supplies from food to construction materials. From the perspective of Russian art, Vyshny Volochyok was a "place of strength" for famed artists including Ilya Repin, Isaac Levitan and Arkhip Kuindzhi.

A source of inspiration for Russian artists

It is the latter half of the 19th century. Ilya Repin has already completed his famed canvas, Barge Haulers on the Volga. The artist comes to visit his friend Kokorev, who lived in the vicinity of the small merchant town of Vyshny Volochyok on a peninsula formed by the head of the Msta River and Lake Mstino. Repin grew very attached to this plot of land.

"Isn't it the promised land for a landscape painter! It is the essence of Russia, its soul and its beauty... It's like a song!" he once wrote.

The guides of the Academic Dacha Museum go out of their way to tell me a story about Repin dancing on the table, filled with delight upon seeing the scenery of Vyshny Volochyok.

Such connoisseurs of beauty as artist Ilya Repin and philanthropist Andrei Kokorev were the first to notice the advantages of the Vyshny Volochyok District in the north of the Tver Region, which would later play an important part in the Russian and global history of arts and crafts.

A good starting point for a walk around Vyshny Volochyok is the first and the oldest House of Pictorial Art, which has served as a field facility for the Union of Russian Artists since 1884. Every year, students of art academies come here to learn traditional Russian scenery painting.

Walking over bridges with warm feet

Vyshny Volochyok has taken pride in its waterway for more than two centuries. In the 18th century during the reign of Peter I, after a lengthy construction and reconstruction process supervised by Dutch and Russian engineers, the Vyshny Volochyok Waterway linked the Volga River with St. Petersburg for the first time. Today Vyshny Volochyok features about 40 bridges of all sizes, frequented by both locals and tourists who have nicknamed the town the "Venice of the Russian provinces."

If you are traveling around Russia in late fall or in winter, remember to visit a traditional workshop of handmade goods not far from Vyshny Volochyok's center. This workshop produces authentic Russian felt boots called "valenki." Most people wear these boots without socks, even if the temperature drops to -30 Celsius. The Museum of Russian Valenki Boots, which was launched in 2012 on the occasion of the workshop’s 20th anniversary, will tell you all about it. They even say that wearing valenki boots lowers your risk of heart attack and other conditions.

Apart from instruments and the felting technology behind this traditional Russian footwear, museum visitors are also shown the astonishing Tsar Valenok ("The Royal Felt Boot"), size 201. It is 225 centimeters high and weighs 52 kilograms and features decorative felt panels.

With a pair of valenki boots to keep your feet warm, you can continue your tour of cathedrals and bridges, and if you try hard enough you might imagine that you are in Venice. Six years ago, Vyshny Volochyok even teleported to Venice as part of the Factory Russia Project, which was presented at the 12th Venice Architecture Biennale in 2010. A hall dedicated to the 100 year old local factory Parizhskaya Kommuna ("Paris Commune") at the local history museum is a harbinger of the changes that are about to occur as the result of a large-scale reconstruction of the factory: The architects plan to build a residential block, a congress center and an art school with an exhibition space and a concert hall.