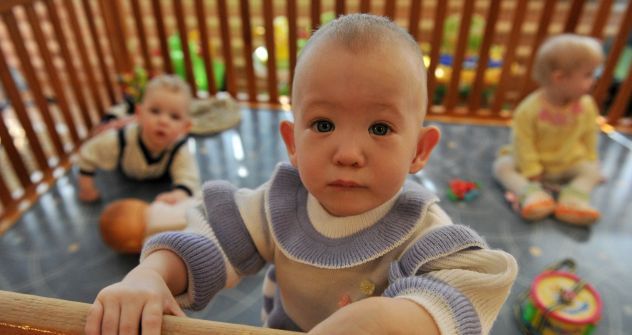 Russia's recent agreements with the U.S. and France will give Russian authorities more control over the lives of Russian children adopted by foreign families. Source: RIA Novosti / Vladimir Pesnya

Russia’s adoption deals with US and France to enhance control over the lives of children adopted from Russia.

International adoption agreements between Russia and the United States and between Russia and France, which were ratified by the lower house of parliament, the State Duma, on July 10, will give Russian authorities more control over the lives of Russian children who are adopted by foreign families, according to experts.

“The ratification of the deals is a new chapter in our relations; previously, foreign adoptions were poorly controlled. The ratification of the agreements creates a legal framework for us to take care of children who have already left and those whose cases are being processed now,” said Pavel Astakhov, the presidential commissioner for children’s rights.

Astakhov said that the ratification was required as legal grounds for demanding reports on adopted children from their new families. “At last this will enable us to receive accurate information and reports on the adopted children, because even our statistics differ,” the commissioner said.

Alexei Pushkov, chairman of the State Duma committee on international affairs said that he was under no illusions that everything would go smoothly once the agreement entered into force. He reminded the Duma deputies that 19 Russian children had died in the U.S. since adoptions to that country were allowed.

“At least we’ll have a legal framework for appealing to the American side and calling for more attention to be paid to children adopted by U.S. parents,” Pushkov said.

The U.S. Department of State also welcomed the ratification. “This marks a significant milestone toward the agreement coming into effect, which will provide additional safeguards better to protect the welfare and interests of children and all parties involved in inter-country adoptions,” said the U.S. Embassy in Moscow said.

According to the Russian Education and Science Ministry, about 3,400 Russian children are adopted by foreign parents each year. Of these, about 900 are adopted by families in the U.S. and 300 to French families. More than 47,000 children adopted from Russia currently live in the United States, and about 25,000 in France.

The adoption agreement was signed by Russia and the United States on July 13, 2011. The document was developed following several high-profile cases of Russian children adopted by American families, specifically after a seven-year-old boy was sent home to Russia with a one-way ticket from his new American mother in spring 2010.

The agreement specifies the adoption procedure and introduces a mechanism for monitoring the living and parenting conditions in adoptive families. It also notes that a child can be adopted by a foreign family only if there is no suitable adoptive family in Russia. Under the agreement, candidate families are to undergo psychological and social training. The deal also specifies the procedure for the adopted child to acquire citizenship of the host country while retaining Russian citizenship.

The deal between Russia and the US also identifies the federal agencies coordinating international adoptions – the Education Ministry in Russia and the Department of State in the United States.

The Russian-French adoptions agreement was signed in Moscow on Nov. 18, 2011. According to this agreement, a child can be adopted exclusively with the help of an authorized agency, except if a child is being adopted by relatives. The two authorized agencies are the Russian Ministry of Education and Science and the French Ministry of Foreign and European Affairs.

Similar frameworks are currently being developed with Spain, the UK and Germany.

This story is based on reporting by RIA Novosti, Rossiyskaya Gazeta and Vzglyad.