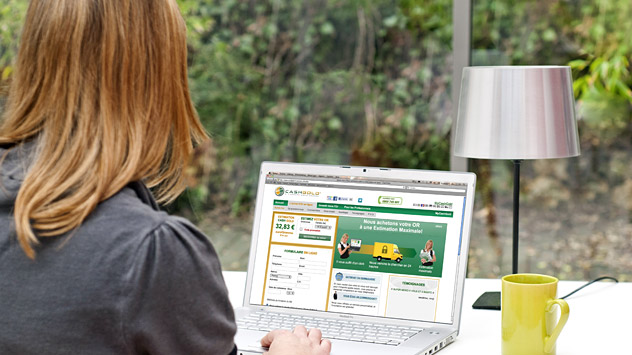 Russian electronics retailer Svyaznoy took a chance on e-commerce when the market was still new and is now reaping the benefits.

The rapidly growing penetration of the Internet in Russia has pushed businesses to launch e-commerce divisions and attracted foreign capital despite the challenges posed by “gray” market participants and the lack of telecom infrastructure in many of Russia’s regions.

Svyaznoy, Russia's second-largest phone handset retailer, branched out to e-commerce several years ago, and its new business division has been growing fast.

“Nowadays, developing a business through different channels is a necessity,” said Svyaznoy's Head of Direct Sales Oleg Ryazhenov-Siems. E-commerce as a part of Svyaznoy’s business accounted for 5.6 percent of total sales in 2011, up from 3.6 percent in 2010. Revenue from online grew to $120 million in 2011 from $25 million in 2009.

The Russian e-commerce market is estimated to be around $10.5 billion; sales of physical goods amounts to $7.8 billion. Online purchases still account for less than 2 percent of the country’s retail market, but it grew more than 25 percent last year and could reach some $50 billion by the end of the decade according to a report entitled “E-Commerce in Russia” produced by East-West Digital News in conjunction with Russia Beyond the Headlines.

Due to uneven Internet penetration, e-commerce is more developed in big cities, leaving Moscow, Saint-Petersburg and other larger cities as a center for online trade. Some retailers, however, already sell more in the regions than in the capitals.

“In 2011, Moscow and the Moscow region represented no more than 25 percent of the site's sales – compared to an industry average of approximately 45 percent – even though sales in the capital continued growing in absolute figures,” said Ryazhenov-Siems.

Logistics issues and infrastructure continue to be bottlenecks for e-commerce expansion in the regions. Major retailers are forced to build their own structures in order to reach new clients, according to the report.

But Internet penetration in the regions is not the biggest challenge for e-commerce expansion in the country. Some online businesses fail to abide by the necessary registrations and regulations, which puts registered businesses at a disadvantage.

“The gray market is a strong competitor,” said Ryazhenov-Siems, “We see the issue and understand how it makes our business more expensive. We cannot match their low prices, however.”

Russia is still behind most of other European countries in terms of Internet penetration, with only about half of the adult population online in the beginning of 2012. In comparison, 80 percent of the adults in the UK are online and 70 percent of those in France. However, Russia is catching up fast. It outstripped Germany by the number of the unique Internet users in September of last year, according to the report.

The competition between market players has also been growing, resulting in the  benefits for local consumers as companies tailor services to the market. For example, cash-on-delivery for physical goods is the rule in Russia and online retailers organize their processes with that in mind.

Now domestic and foreign investors alike are eyeing Russia’s Internet start-ups and online business, trying to get a stake in the fast growing market. Venture capitalists have invested over $400 million in Russian e-commerce enterprises over 2010 and 2011, betting on market growth, the report reveals. This figure includes only publicly disclosed transactions.

“We have golden years ahead. There will be more and more players coming into the market, with many more customers purchasing. The regions, where the current average Internet penetration doesn't even reach one third, will develop at high speed,” Ryazhenov-Siems said.

For more information about Russia's e-commerce read the report prepared by East-West Digital News in conjunction with Russia Beyond the Headlines.