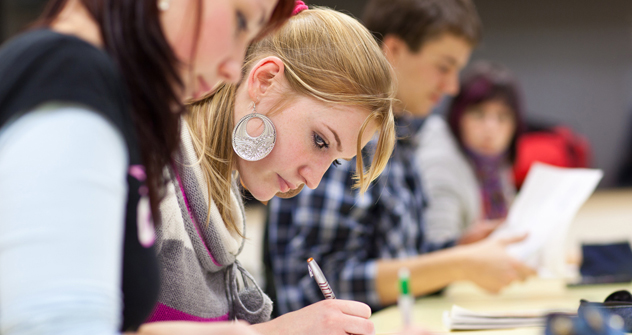 The Global Education program is expected to allow qualified Russian students to study abroad at the government’s expense. Source: PhotoXPress

By 2013, the Russian government could be paying tuition for the country’s best and brightest at foreign universities.

By Sept. 1, Russian President Vladimir Putin is expected to sign a decree establishing the Global Education program, which would allow qualified Russian students to study abroad at the government’s expense.

The program was first announced by then-President Dmitry Medvedev at the St. Petersburg International Economic Forum in 2010, but its implementation was delayed. According to some sources in the Kremlin, the main obstacle was former Education Minister Andrei Fursenko, who believed that the huge amount of money that the state planned to spend sending students abroad would be better spent on Russia’s universities. The rectors of the universities themselves were of much the same opinion.

In 2011, the initiative was taken up by Russia’s Agency for Strategic Initiatives (ASI), which further developed the program and named it Global Education. The program was approved at an Oct. 21, 2011 meeting of the ASI's Supervisory Committee, which is headed by Putin.

The program is essentially a very simple one.  Anyone who would like a state-funded education in a foreign university can submit an application. However, students must already hold a bachelor’s degree and must have on their own applied and been accepted for graduate study at a foreign school.

One of the major points of contention in the development of the program was how to ensure that students who took part in the program would return to Russia. Under the ASI program, until the students return to Russia, the money provided for their studies will be essentially a loan. If a participant returns to Russia and works for three years, the loan will be written off in full. If, however, the participant does not return or does not work in Russia for the agreed period, then he or she will have to repay the loan or a part of the loan with interest.

However, it seems unlikely that the program will begin in 2012. The decree will likely only be signed on Sept. 1 and recruiting the students will take some time.

The question of who will manage the program, including evaluating the applications and allocating the money, is another issue altogether. According to a source close to the government, the program manager is likely to be one of Russia's three leading economic academic institutions:  the Higher School of Economics - National Research University; the Russian Presidential Academy of National Economy and Public Administration or the New Economic School.

ASI has identifies a number of different priority areas for the project.  The agency believes that Russia is suffering an acute shortage of personnel who can work in management in higher education, state and municipal directorates, hi-tech companies (both in the state and public sectors) and social institutions, so students studying these fields will be more likely to get grants.

This article has been abridged from the original Russian version, which is available in Russian in Kommersant.ru.