Serebrennikov’s Betrayal on stage in Venice 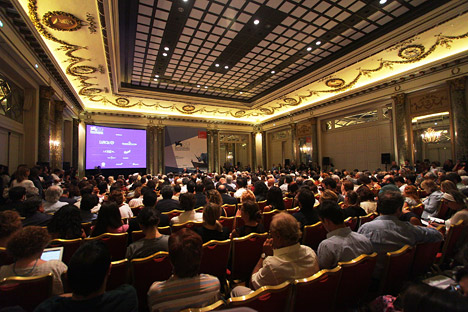 Russia returns to the red carpet at the Lido, with Kirill Serebrennikov's work nominated for a Golden Lion at the 69th Venice Film Festival. The Venetian Lagoon also hosts films by Lubov Arkus and Alexei Balabanov.

The Golden Lion roared in Russian in 2011, when Aleksandr Sokurov's monumental and seductive Faust was awarded top honors at the Venice Film Festival immediately elevating it to the lofty status of modern film masterpiece. This year, at the 69th Venice Film Festival (August 29- September 8, 2012), Russia will try to keep a firm grip on the Golden Lion, with directors Kirill Serebrennikov and Alexei Balabanov hoping to impress the most diverse jury that the festival has ever seen.

The films — which feature some of Russia’s most prominent contemporary movie stars — tell stories of infidelity, love and suffering, and hopes and passions. Serebrennikov’s ‘Izmena’ (Betrayal) has been nominated in the main category, while Balabanov’s ‘Ya tozhe khochu’ (Me Too) has been nominated in the Horizons category. Another Russian director, Lyubov Arkus, will also present her film ‘Anton tut ryadom’ (Anton’s Right Here), which is not in the running for an award.

These three works have been sent to Venice in order to demonstrate, in the words of Yelena Romanova, ‘the important shift that is taking place in Russian cinema’. Romanova, who is Head of the Department for International Relations and Promotion at the Russian Cinema Fund — the foundation that supports Russian cinema worldwide — ads that such a shift ‘is capable of carving out a considerable space for Russian film on the international stage.’

But the spotlight is aimed almost exclusively at Serebrennikov, who is no stranger to Italian critics, having been awarded the prize for best film at the first International Rome Film Festival for ‘Izobrazhaya zhertvu’ (Playing the Victim, a dark and grotesque modern-day adaptation of Shakespeare's Hamlet) in 2006.

Serebrennikov received his training from director Anatoly Vasilev and often worked with the brothers Oleg and Vladimir Presnyakov — originators (among other things) of a new kind of experimental theatre. Consequently, Serebrennikov is best known as a theatre director and has been esteemed for his ability to approach classic works in a rather original manner.

The screenplay for ‘Izmena’ (Betrayal) was co-written by Serebrennikov and Natalya Nazarova. The film itself is somewhat surreal, opening the doors to a theme undoubtedly familiar to many: betrayal. The story revolves around a man and woman who discover that their partners are cheating on them. ‘It is a catastrophe film, one that chronicles the relationships between men and women that are led by betrayal,’ the director tells us. ‘It is a film that reveals the harshest emotions and sentiments. There are no friends or enemies in it, there isn't a background city: only betrayal. The scent and incarnation of betrayal.’ The film stars Franziska Petri, Albina Dzhanabaeva, Dejan Lilic and Arturs Skrastins.

For the Horizons section, Russia offers a feature-length film: ‘Ya tozhe khochu’ (Me Too) by Alexei Balabanov. The film is described by producer Sergei Selyanov as ‘the director's most positive film by far’. Starring Yuri Matveyev, Aleksandr Mosin, Oleg Garkusha and Alisa Shitikova, the film tells the story of five people’s journey across Russia. Among the travelers are a bandit and a young girl searching for the ‘Bell Tower of Happiness’.

Out of nomimation, ‘Anton tut ryadom’ (Anton’s Right Here) by Lyubov Arkus, is a touching look into the life of an autistic boy. ‘The most difficult thing,’ explains the director, ‘was overcoming the fear of how to show this film to the public.’ The film is made up of difficulties and suffering, leaving behind the poignant question: how can one deal with the strength of another person's pain?

See second page for more information about films and directors.

He knows nothing about her. But she knows everything about him. At least, she knows the most important thing: their respective partners are having an affair. A betrayal hidden to outside eyes, it causes endless pain and sleepless nights. A story of mutual solitude, in which the bond with a beloved person gives way to a deep, unexpected void.

Kirill Serebrennikov was born in Rostov-on-Don on September 7, 1969. He studied physics at university, but never forgot his love for the cinema. He began working in television in 1991, and it was about the same time that he became involved in the theatre. He completed his training with the director Anatoly Vasilev and, over the years, he collaborated with the Presnyakov brothers, famous for their theatre experiments. In 2006, the film ‘Izobrazhaya zhertvu’ (Playing the Victim) won first prize at the International Film Festival in Rome. Kirillenko has also been praised for other important works: ‘Yurev den’ (Yuri’s Day, 2008) and ‘Korotkoe zamykanie’ (Short Circuit, 2009). 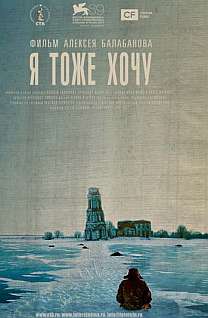 This film tells the story of five people: a musician, a young girl, a bandit, his friend and an old father, all searching for the ‘Bell Tower of Happiness’, which is located, according to legend, between St Petersburg and Uglich, in the Yaroslavl region.

Alexei Balabanov was born in Sverdlovsk on February 25, 1959. He studied pedagogy and later worked as an assistant director in film studios in his home town. He studied cinema in the 1990s, and won the prize for the best film at the 1999 NIKA (the festival of the Russian Academy of Cinema Arts) with the feature film ‘Pro urodov i lyudei’ (Of Monsters and Men).

The title character of this film is an autistic boy. His life, the people around him and the often difficult circumstances in which he lives are immortalised by the TV camera, which captures the most complex, human aspects of events that deal with the subjects of solitude and suffering.

Lyubov Arkus was born on September 20, 1960 in Lvov. She studied at the faculty of Cinema and Screenwriting in university, working also as chief editor for Seance magazine. After much collaboration and television work, she began teaching at the St Petersburg State University of Cinema and Television. She has also collaborated with important Russian newspapers such as Ogonek and Iskusstvo Kino.