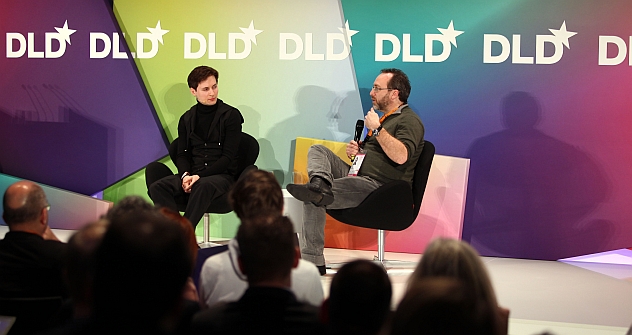 While the Facebook IPO grabbed the headlines, Russian social networks are quietly monetizing traffic to beat the American giant at its own game.

In 2006, as Russia was in the throes of a decade-long economic boom, a young entrepreneur named Albert Popkov had a paradoxical idea: to capitalize on his countrymen’s nostalgic tendencies in order to build a 21st century venture.

He founded Odnoklassniki (Russian for “Classmates”) a website which combined reuniting old schoolmates and social networking. Within a year a million Russians flocked to the site, where they could reconnect with anyone from the kid they shared a tent with at summer camp 30 years ago, to their next door neighbor.

The site won the country’s top web prizes, and in 2008 Popkov was named GQ magazine’s “businessman of the year”.

Odnoklassniki flourished, racking up almost 30 million visitors from Russian speaking countries by July 2008. Today the site boasts the same number of visitors – but each and every day. It’s the second most popular social network in Russia, vying to overtake the leader, Vkontakte, which boasts 35 million visits a day.

As for Popkov, in early 2008 he was accused of pilfering crucial information from a British company he had worked for before founding Odnoklassniki. He denied the allegations but was let go after selling his pet project for an estimated 10 to 20 million euros to DST, a holdings company later renamed Mail.ru Group.

Mail.ru now owns 100 percent of Odnoklassniki, controls Russia’s most popular mail service and has a 40 percent stake in the fierce competitor Vkontakte.

German Klimenko, editor of audience monitoring website liveinternet.ru says Odnoklassniki’s current success is fueled by the integration with services offered by mail.ru, its parent company.  “Users’ accounts combine both the email address and the social profile and you can cross link between them. This is a significant incentive for advertisers.”

Integration and cooperation, it seems, are the buzzwords.

However, complete assimilation by external investors is a fate that Pavel Durov, the founder of Vkontakte, has been keen to avoid.  When Durov launched Vkontakte (meaning “in touch”) in late 2006, he was accused of brazenly cloning Facebook, ripping off even the color scheme.

Yet the English philology student who went to St Petersburg State University forged ahead with his brainchild, offering users free sharing of video and audio files. Accusations of intellectual property theft were quick to fly, but users loved the free content. They still do.

Vkontakte’s playlists are a hit, especially with teenagers and 20 something students. Not only because songs and clips entice users to check in, they may keep them in.

According to data collected by comscore.com, in 2011 the average visitor spent 490 minutes a month on Vkontakte, compared with 340 minutes for Odnoklassniki and a mere half hour for Facebook, which made its first serious foray into the Russian market two years ago.

A decision by a Russian appeal court earlier this year that free file sharing and downloading amounted to copyright infringement could have created problems for Vkontakte, but the company adapted.

It drew on YouTube’s experience, and allowed copyright owners to delete pirated content while offering help promoting owners’ pages. It also paid a fine of $6,780 (210,000  rubles). The fine was a punitive drop in a sea of revenue, which swelled in 2011 to $106 million (3.29 billion rubles) while net profit rose to $16.6 million (516 million rubles), increases of 41.7 percent and 13.9% respectively from the year before.

The strong results can be partly explained by Russian marketers’ appreciation of the power of free, though pirated, content. Ten thousand advertisers are registered with the network, each paying in advance an average of $645 (20,000 rubles). Analysts estimate Vkontakte to be worth more than a billion dollars and Durov’s personal fortune at around $260 million.

Last May he spent a weekend throwing a multitude of paper airplanes from his St Petersburg office window. They were made of folded 5,000 ruble notes.

Durov’s company is not so generous with all its services, however.

“Russian operators, and particularly Odnoklassniki, made clear to users from day one: ‘for some things, you have to pay’. You want to play online with your friends or share an emoticon? That game or that smiley will cost you,” says Ariel Weiss, a former executive with ICQ, an instant messaging program owned by mail.ru.

“They understood they have to monetize and they know how to adapt western models to their audience’s needs,” he added.

Paid services offered by Odnoklassniki include anything from social gaming, through the right to remain anonymous while peaking at another user’s page, and all the way to sending virtual gifts like songs, which can cost up to $2.50 each.

Odnoklassniki now wants to take paid virtual revenue to the next level of pair virtual financing. The company intends to offer its clients the opportunity to borrow virtual money. It promises not to enforce the collection of debts.

Russian-language social media may be entering its most competitive period ever, particularly since Facebook has built a 20 percent market share – which Klimenko describes as “an impressive foothold.” He predicts that the two big local players will be “pitched in a battle for every subscriber in order to continue thriving.”

Popkov, the man who brought Odnoklassniki to the world, now heads the price comparison site Sravni.ru which, he says, enjoys “only modest success.”

He believes the Russian web “might remain a very good place for local players. Foreign projects rarely succeed here. It’s possible that in a few years there will be just one or two leaders and all the others will shrink and virtually disappear.”

Another frontier to push into might be outside of Russia. Odnoklassniki and Vkontakte have both announced international expansion plans.

In April Odnoklassniki let it be known it would offer localized versions to its Uzbek, Armenian, Georgian and Moldavian audiences and plans an English version to cater for its American based contingent, which it claims to be more than one-million strong.

Vkontakte is already available in 70 languages, including English, and was recently rebranded as VK.com in a bid to become more appealing to audiences worldwide.

However, Popkov says, opportunities still abound inside the Russian federation. The man, who was born in the Far Eastern island of Sakhalin before rising to entrepreneurial stardom, sees networks venturing into remote regions to capitalize on the growing popularity of mobile devices.

“Broadband was the last main drive for social networking,” he reminisces. “The same might happen with mobile when access becomes faster. Whoever’s smart and fast enough to offer top quality mobile services is likely to win. If I knew how to do that I wouldn’t be speaking to you right now: I’d probably be writing the code.”

The article is published in the RBTH monthly supplement to the Wall-Street Journal - Russian Business Insight. Read more about the project.