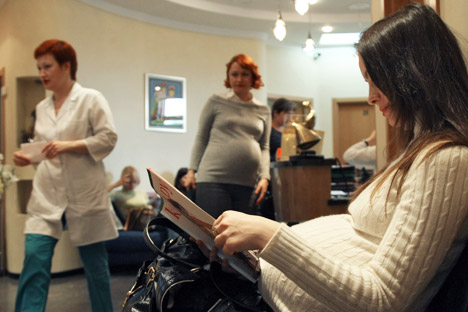 The Perinatal Center is a wonderful business where most revenue comes from the hotel standard of service,” said scholar Alexander Rumyantsev, director of the Center for Pediatric Hematology, Oncology and Immunology. Source: Kommersant

Moscow’s chief gynecologist, Mark Kurtzer, has set up Russia’s first and only private maternity hospital, which recently IPOed in London. This is a clear – yet far from isolated – sign that Russian private medicine is on the verge of a global breakthrough.

“Russian private medicine is the most interesting in the market,” Kurtzer said. “There is no income tax for us to pay, and the demand for high-quality services is colossal – the profit margins are extremely appealing. And for the first time, the government has started to provide meaningful assistance.”

The double life of a gynecologist

Although he established MDMG in 2010, the future chief gynecologist of Moscow first entered the world of private business back in the early 1990s.

“Like many other prominent people in the industry, he saw the lack of patient care and the need to provide services not in the hospital, but in the home,” said scholar Alexander Rumyantsev, director of the Center for Pediatric Hematology, Oncology and Immunology. “Mark and some colleagues set up a health care service to meet that demand.”

Kurtzer has, so far, made every effort to remain in the medical practice. “Every single day of my life I have been a doctor. Every day I’m in the operating room at seven in the morning, and in the maternity ward at night. Even now, when the business is large, most of my time is spent as a physician,” said the gynecologist.

In the mid-1990s, Kurtzer’s new business concept began to take shape: his observations of children in the first years of life and pregnant women crystallized his idea for a network of “Mother and Child” clinics. There later followed a perinatal center, about which Kurtzer and his colleagues speak with unbridled enthusiasm.

“The Perinatal Center is a wonderful business where most revenue comes from the hotel standard of service,” said Rumyantsev. “It provides women with a three-, four- or even five-star level of service, where they can live with members of their family in comfort.” This income has enabled Mark to enter the third phase of development: he is now building a hospital in Lapino, where not only mothers and children will be taken care of at each stage, but the rest of the family, too.

“It will be a unique clinic, an order of magnitude above the Perinatal Center,” said Kurtzer, his eyes lighting up. “It was my own brainchild – I didn't pinch it from anywhere.” It will provide open MRI without the need for neonatal anesthesia, plus intensive care, the most advanced surgery options, and the most rapid trauma care available.

“Why doesn’t anyone else build private maternity hospitals? They’re afraid of the enormous responsibility. I know that, whatever happens during birth – or before or after – I’ll go to the operating table and everything will be OK. I have complete and utter faith in all my doctors,” said Kurzter.

This year has been extremely successful for Russian private medicine on the whole, with several companies attracting sizable investments and many for the first time. In late spring, International Finance Corporation (IFC) bought 6 percent of JSC Meditsina for $35 million, thereby fixing the company’s total worth at $540 million. Around the same time, a 27 percent stake in the European Medical Center (EMC) was sold to Baring Vostok Capital Partners for $100 million.

Medsi, a national network of clinics and Russia's private health care leader, also found itself an investor in the second quarter of 2012. Medsi’s good fortune, in some respects, reversed the forward march of private medicine, since the investor was the Russian government: a blocking stake was purchased by the Medical Center of the Mayor’s Office and the Government of Moscow.

Meanwhile, plans are being hatched for yet another deal, which could re-establish the trend. Contenders for the next block of shares (24.98 percent) are said to include U.S. private equity fund Apax Partners and the Russian Direct Investment Fund. The state-owned Medical Center has provided Medsi with property in the form of in-patient hospitals, which the company did not have before; now Medsi owns three health clinics in Moscow.

The partners say that they currently have available 20 medical institutions in Moscow, 11 clinics and 50 health centers across Russia, two specialized pediatric clinical diagnostic centers and pediatric departments in clinics in Moscow and the regions, four in-patient hospitals, and four fitness centers.

The company's borrowed funds are being used to invest in business expansion, both quantitatively and qualitatively.

“Prior to the merger, Medsi did not have any multidisciplinary hospitals, which limited the options for patients and doctors alike. There was no cycle of care,” the company’s press office stated. Kurtzer’s MDMG has earmarked the proceeds of the IPO for a new hospital in Ufa, while St. Petersburg’s Scandinavia Clinic will continue its expansion into the regions: Kazan’s existing clinic will be supplemented with another hospital, and a multidisciplinary clinic will be opened in St. Petersburg.

Not everyone is planning to leave the confines of the capital, though. “We understand that we cannot provide the same quality of service in other regions. Clinics at the standard we offer are not easy to replicate,” said Meditsina owner Grigory Roitberg.

Experts estimate that the private medical market will see growth of 20 percent in 2012, and the trend should continue into the foreseeable future.

“The capitalization of private health companies has already reached tens of millions of dollars, but portfolio investors clearly expect further growth in this segment of the medical services market. An important factor is the anticipated reform of the insurance system, under which private hospitals will gain access to compulsory medical insurance policies — that’s also heating up the market,” said Vladimir Gurdus, general director of Team Drive, which manages two of Rosnano’s largest pharmaceutical projects.

Still, the main risk factor for paid medicine, experts believe, lies in the services provided by those outside of the private market: namely, state-employed physicians whose activities support the informal sector. Patients often pay doctors cash in hand, and this practice is estimated to be worth several hundred million dollars per year.

“Private medicine has a bright future, but could be hampered by the gray market. It is comparable to the commercial sector in size,” said David Dundua, general director of the Center of Endosurgery and Lithotripsy. “The situation may change after the proposed reform of the insurance system, when ordinary patients gain access to paid services.”