Where to find an American steak in Moscow 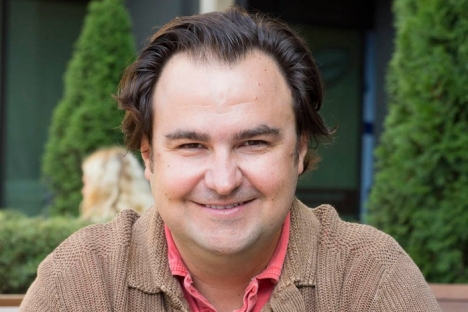 Anton Lyalin: You don’t go to expensive places to have dinner, but to meet to the right people. It’s networking. The bill in such a restaurant is a kind of membership fee to join the club - a fee to be around people you need to know. Source: Press Ph

Moscow offers an impressive array of global cuisine for any traveler, but its restaurants tend to be some of the priciest in the world. Founder of Torro Grill Anton Lyalin shares why.

Russia Beyond the Headlines: Why are prices in Moscow restaurants twice as high as those in Europe or America?

Anton Lyalin: This holds for both Starbucks and haute cuisine restaurants. The average bill in a medium-price Moscow restaurant with good quality food is around $50-58 per person. I don’t think this is twice the sum paid in Europe or the United States, but all the same the Western business environment  is more favorable than ours.

Anton Lyalin is the founder of Torro Grill and the “democratic (i.e. economical) steakhouse” concept in Moscow. Previously, steakhouses had been limited to high-end customers only. Lyalin co-owns Global Foods, which imports produce into Russia, and is also a professional photographer.

In general, food costs the same as in the West. But we pay much more - almost double - for top-end ingredients, because these tend to be imported, subjected to import duties, and brought to Russia by air or road.

RBTH: What about rent, the second most expensive price component?

A.L.: I’ve been offered a place in one of the new shopping malls in Moscow at $2,000 per square meter annually. This means that sales would have to reach at least half a million dollars a month just to pay the rent for a 400-square-meter premise.

You can’t make that kind of money in a mall, because they only get busy on weekends or when there is a big movie showing, assuming the mall has a cinema. It’s more likely that your turnover will be around $100,000 to begin with, climbing to $200,000 after two or three months, and reach its ceiling at $250,000–300,000 if the restaurant is of top quality. Of course, you could try raising prices, but as a rule you’ll lose customers.

deals in Russia, paying a fixed percentage of sales for leased spaces. It’s the only chain that enjoys this privilege.

RBTH: What about staff?

A.L.: Russian restaurateurs spend much less on staff than in the West. Our waiters have a fixed salary of about $500 a month depending on the location, plus a share of every order and the tips. As a result, they take home several times this sum. Relatively low staff costs are the one thing that allows us to keep prices just slightly higher than in Europe. Unless, of course, you hire a foreign chef. Then you can forget about this.

RBTH: Moscow steakhouses are just about the most expensive places to eat in the city. How can you maintain reasonable prices at Torro Grill?

A.L.: The idea of an affordable meat restaurant came to me in the mid-2000s - affordable not meaning cheap, but  offering great value for the money. It was clear that offering the classic North American steakhouse tradition while keeping the average bill of $50-60 was all but impossible.

We decided to diversify the menu by adding South American dishes that require cheaper ingredients such as poultry, sausages or burgers. We also use a lot of “alternative” beef cuts. This allows us to charge $35 per steak - comparable to the $35-50 people pay in New York. A customer spends half as much in our chain as elsewhere.

RBTH: So restaurants can offer reasonable prices in Moscow?

A.L.: You don’t go to those places to have dinner, but to meet to the right people. It’s networking. The bill in such a restaurant is a kind of membership fee to join the club - a fee to be around people you need to know. It’s like Courchevel - people don’t go there to ski.