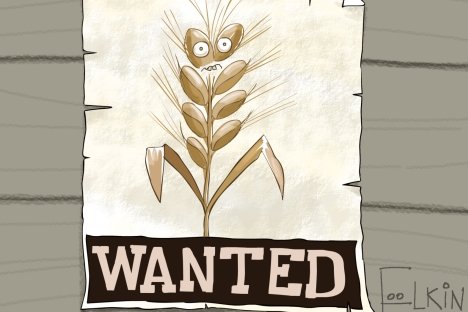 It has been a lean year for wheat supplies not only in the United States and Canada, but in Russia as well. This may drive the country to import some grain to meet demand at home.

This year’s harvest was originally forecast at 94 million tons, but the country only harvested about 70 million tons. And, since the domestic wheat requirement stands at 75–77 million tons, Russia may even need to import some grain to meet demand at home.

Unfortunately, Russia doesn’t have a very strong footing in the global grain markets, and the ongoing food crisis will further aggravate its positions. While the United States is deeply concerned about droughts, treating them almost as national disasters, Russia hardly ever speaks about crop failures –  and this is despite the fact that the U.S. has a stockpile of 50 million tons of grain supplies and will not face a domestic shortage, whereas Russia has no such luxury. The country has been trying to stock up on grain, but carryover stocks currently amount to only 5 million tons.

Given the level of domestic production, Russia will obviously be short about 4–5 million tons. This amount can easily be found in the global market, although buying grain isn’t cheap and the costs will be passed on to already suffering consumers.

This poor season will naturally result in a redistribution of the international grain market. Unfortunately for Russia, the changes will be negative: The country’s status as a grain producer will fall, while the United States and Canada will improve their rankings, despite climate challenges.

The main reason is that they have grain in stock, while Russia does not. But there is no good reason for this. Russia has everything it needs to dominate the market; the only thing that can prevent Russia from becoming a global leader in the grain market is the human factor -  that is, a lack of professionalism and an overall reluctance to work.

Russia has almost 300 million acres of arable land, about 50 million acres of which require time to recover after being out of service for some time. The minimum yield is about 1 ton per acre, which by European standards is next to nothing.

There is a lot of work to be done for Russia to get closer to this 100-million-ton export target. The country has not used some of its arable lands since the collapse of the Soviet Union, for reasons both objective and subjective. The country was for a number of years burdened with a weak minister of agriculture. Former Minister Yelena Skrynnik came to agribusiness from the pharmaceutical sector and never turned into a farmer. Further, agriculture has never been a priority for the government.

But things look set to change. Current Minister of Agriculture Nikolai Fyodorov was president of the Republic of Chuvashia, whose economy is focused on agriculture. His appointment suggests that the government is finally ready to pay more attention to agriculture.

Yet the potential export profit will not make a significant contribution to Russia’s GDP. At today’s prices, 200 million tons of grain is worth about $60 billion, which is about 1.5 percent of Russia’s GDP. On the other hand, the impact can be more significant, given the development of related sectors, including logistics, machinery production and maintenance, fertilizer production that will benefit from developments in the agricultural sector.

Alexander Chetverikov is a member of the State Duma’s economic policy committee and is the founder of the agribusiness firm Agroholding.