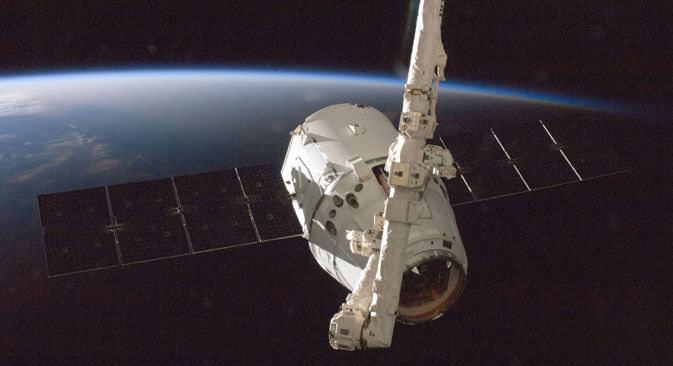 Pundits predict a loss of momentum for the protest movement at home and see little scope for improvement in relations with the West.

A cool relationship between Russia and Britain and the U.S. will continue, according to one of the specialists who gave RBTH their predictions for the year ahead.

Relations with the US would be better than if Mitt Romney had been elected President and some improvement under a new Secretary of State could be expected. But Minchenko felt most potential for an improvement in ties had been exhausted.

“Start has already been signed, and the Americans won’t abandon the idea of a missile defence system in Europe, the major source of contention,” he said.

“[Syrian leader Bashar] Assad will very likely no longer be in power by the end of the year. Interestingly, Russia doesn’t stand to lose as much geopolitically as one would expect in the light of the overall growing chaos and influence of radical Islam in the region.” Mr Minchenko also predicted that the US would try to cultivate Iran as an ally against Sunni influence in the region.

Yuri Korgunyuk of the Moscow-based Indem think-tank said: “From the point of view of the protest movement, 2013 will be quiet.  The demonstrations may increase in frequency, but will decrease in numbers as the movement loses momentum. But if the government clamps down too hard it may lead to a backlash.”

Konstantin Simonov, president of the Centre for Political Conjecture, agrees: “We’re expecting a second wave of the global economic crisis, but Russia has a monetary pillow which should allow the country to overcome 2013 without social unrest."

"This would basically be a repeat of 2009, when the stabilisation fund allowed the country to overcome the crisis with considerably fewer losses than many other countries," he added. "But when we look ahead – at 2014 and beyond – we begin to see a deteriorating economic situation that could lead to social problems.”

Yuliy Nisnevitch, a professor at the Higher School of Economics, disagrees and sees a wave of regional protests taking off in 2013.

“There is genuine social discontent in the regions," he said. "If in Moscow there were mostly well-off people taking to the streets, in the regions this will be a completely different cohort, disillusioned with pre-election promises that have not been kept. The government’s position is weak and it will only get weaker. Any further political ‘tightening of the screws’ could lead to a social explosion.”

Simonov said this year showed reforms in response to social tension can have a negative effect.

“There were protests and a need to react, so Medvedev came up with all kinds of ideas that weren’t entirely thought out," he said. "He talked about reforming the electoral process but it was done so quickly that it was unclear what would happen as a result.”

Simonov expects more political reforms, including the election of governors, in 2013.

“Putin also spoke about the return of electoral blocs and a mixed representation in the State Duma [half of the members being elected from party lists, and the other half from regions of Russia]," he said.

Stability of Assad's Regime crucial for the Middle East

“It will be interesting to see how this develops as many new parties are registered in the coming year," he added. "The opposition will have to learn to conduct a civilised dialogue. The 2013 elections to the Moscow City Duma (and other regions) will show the political landscape that we will face.”

The cabinet would face a tough spring, as pundits criticise the government’s record after a year.

Unrest could hit countries close to home, according to Minchenko. “Kazakhstan and Uzbekistan have no clear system for a successor to take over should their leaders, who enjoy a very high level of personal power, no longer be able to govern,” he said.

In Ukraine, the big question will be whether it will join the Russia-Belarus-Kazakhstan Customs Union despite the reluctance of the political elite. Minchenko thinks there’s 30 percent chance it could happen.

Meanwhile, Sergei Zhukov, cosmonaut and executive director of the Space and Telecommunications cluster at Skolkovo, has his sights set on the stars.

“Our company Dauria Satellite Systems – the first such private space venture in Russia – will change the telecoms market with the launch of its series of low-orbit, cost-effective satellites. They are used for anything from telecoms to geographical mapping and will allow many more operators to enter the market thanks to their low cost. This will be a revolution,” he said.