5 great ballerinas who made Russian ballet #1 in the world 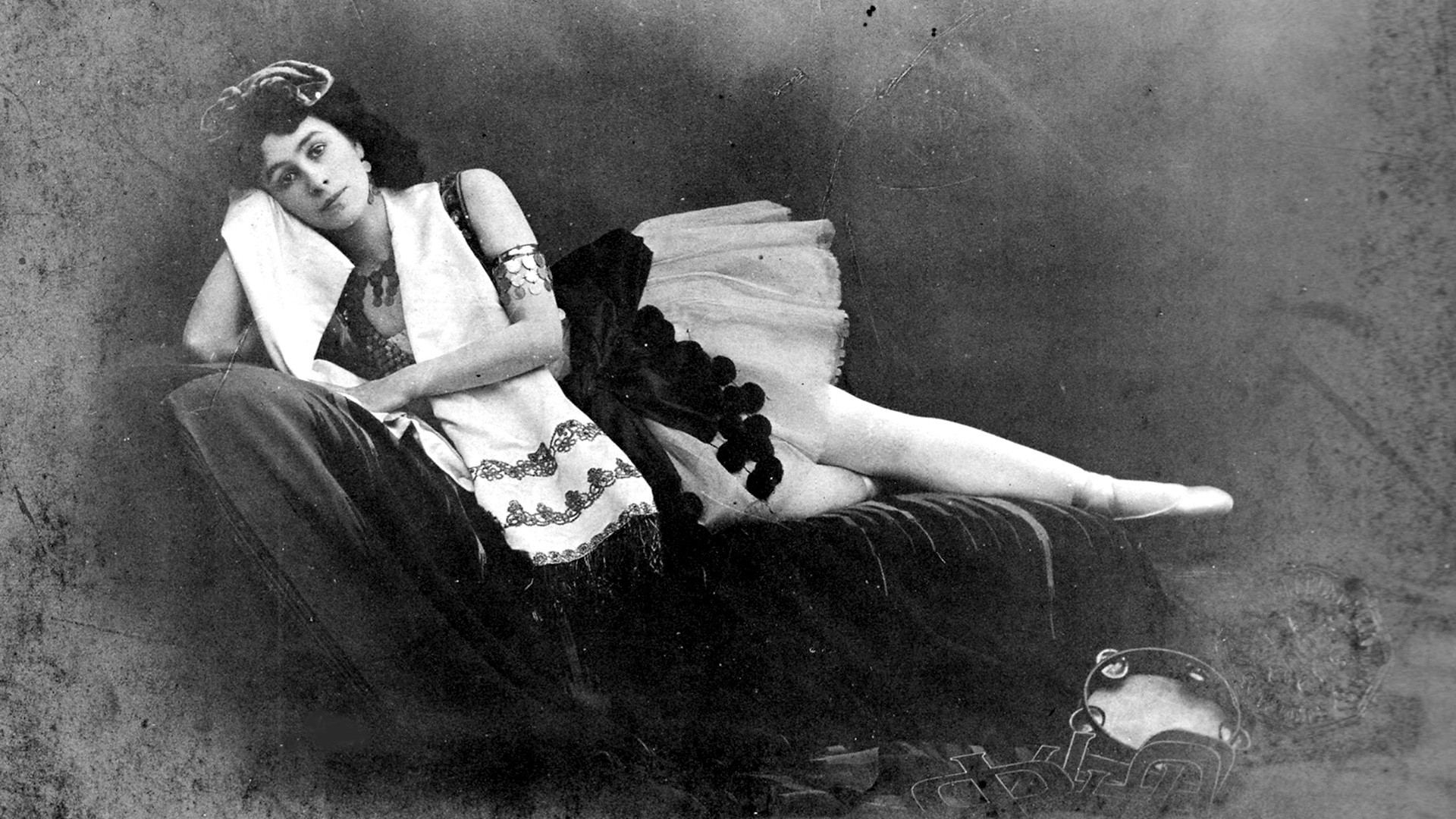 Getty Images
These ladies didn’t only make waves on stage - their private lives were scrutinized by the public and for good reason. Affairs with royals, rags to riches upbringings, and political oppression shaped their lives. One thing remained constant though, and that was their will to dance. 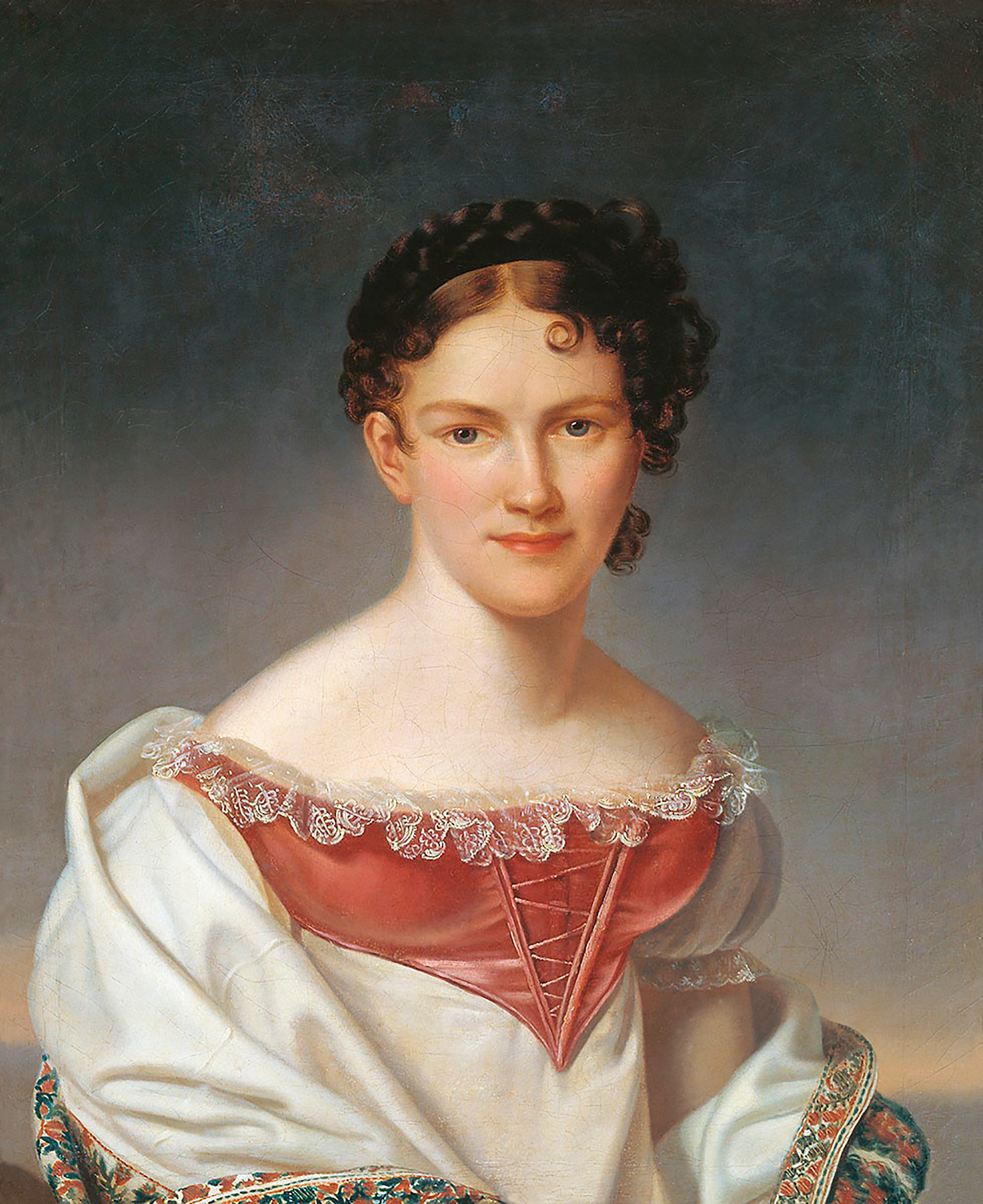 Internet forums and publications dedicated solely to ballet didn’t exist during Istomina’s time, but her name traveled far and wide in Russia – everyone knew who she was. The dancer was the Russian Terpsichore whom Alexander Pushkin immortalized in lines from Eugene Onegin. She wasn’t a beauty in the literal sense of the word, but her grace, mysterious eyes, and poise fascinated both the public and her lofty social circles.

After enrolling in St. Petersburg’s Theater School, it didn’t take long for her to take center stage, graduating at the tender age of 17 as a leading soloist. She was taught by the great Frenchman Charles (dancer, choreographer, and creator of the ballet shoe), which further propelled her career. Istomina’s skill was legendary and she was considered one of the first dancers to master the pointe technique: Balancing on the tips of her toes. 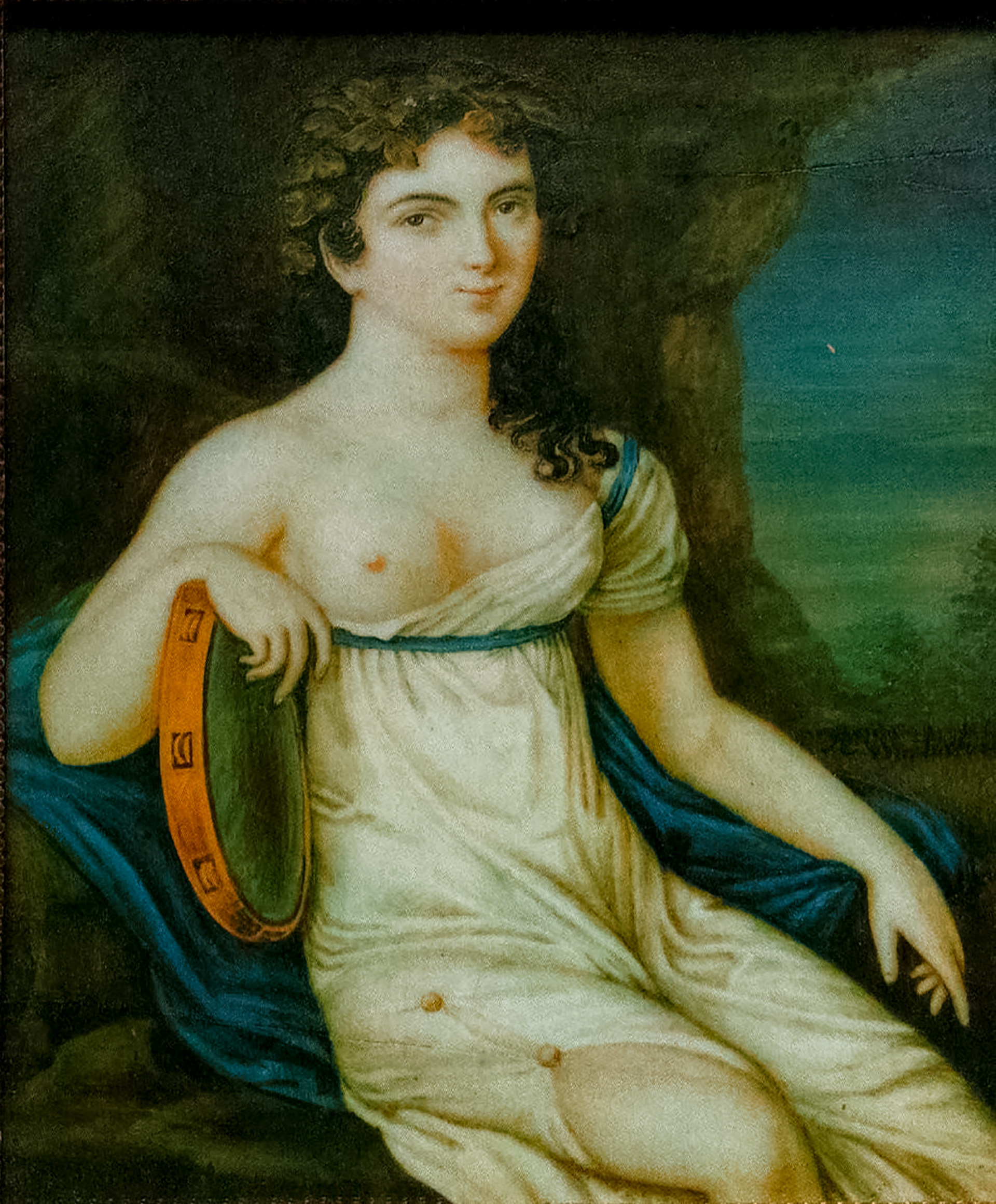 The dancer didn’t have the easiest start in life. She was the daughter of a drunken policeman and orphaned at the age of six, but she still managed to mix with the well-heeled later in life. At the age of she became embroiled in a scandalous "double " – her lover Count Vasily Sheremetev was killed.

Istomina didn’t let this get in the way of her theatrical life though and she danced brilliantly for a long time. However, when age weakened her once strong legs, she asked for a vacation to let her body recover from the rigors of ballet. Emperor Nicholas I personally wrote the petition: "To discharge Istomina from office from now on." 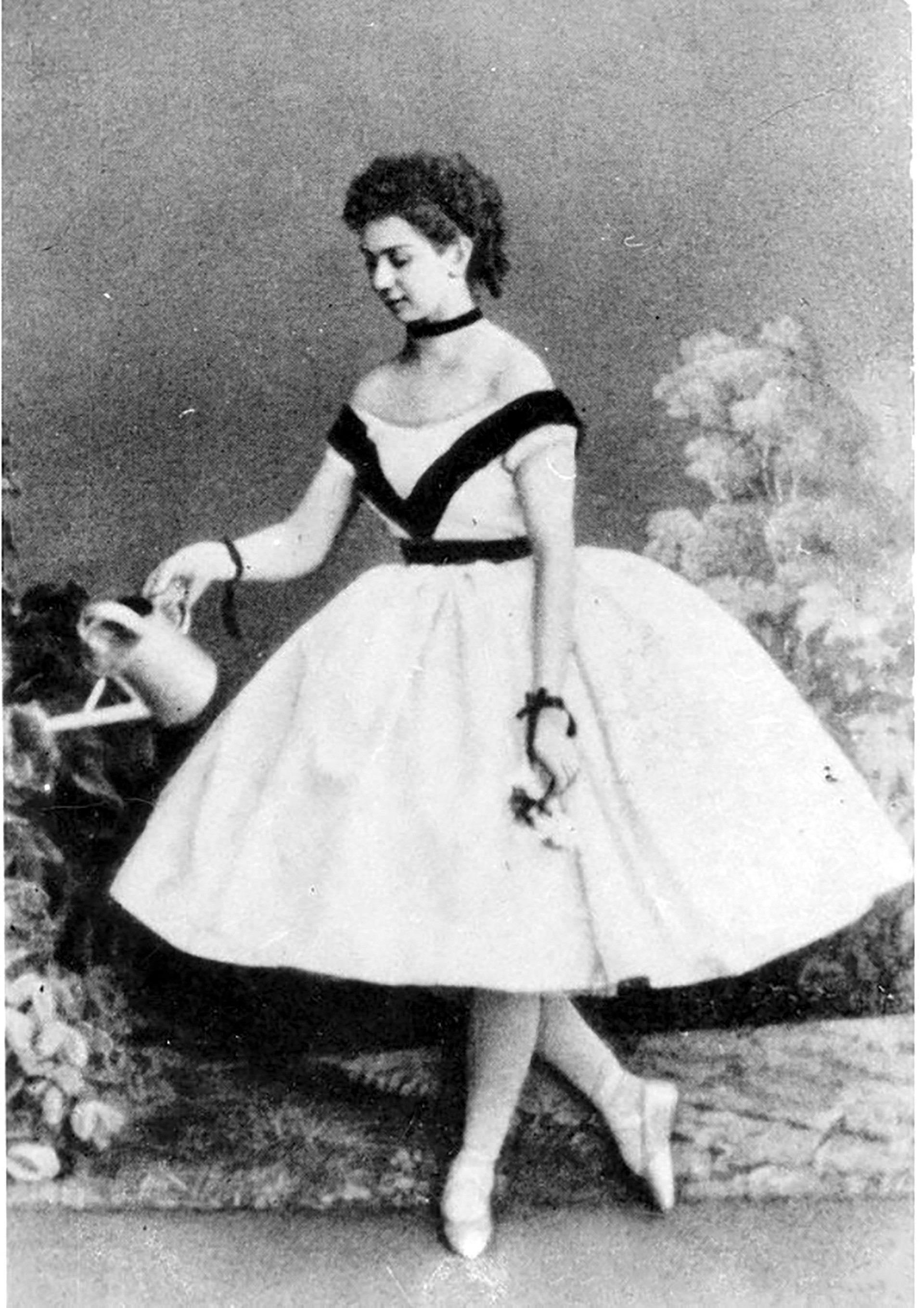 This dancer didn’t wait long before announcing herself on the stage. When Lebedeva was just eight she started studying at the Moscow Theater School, and two years later she was already performing at the Bolshoi. At 16 she was the main act. Critics said she only had one rival when it came to technique – a dancer from St. Petersburg named Marfa Muravyova - but her dramatic expression was unparalleled.

Moscow wasn’t exactly brimming with dancing talent in those days, so she easily worked her way to the top of the pile. She was often invited to St.Petersburg to strut her stuff and even debuted in the Paris Opera. Lebedeva was the first Russian ballerina to present her own suggestions about choreography to theater managers – and they were accepted. Sadly, the performance in which she was due to perform her own moves was canceled because of technical reasons. 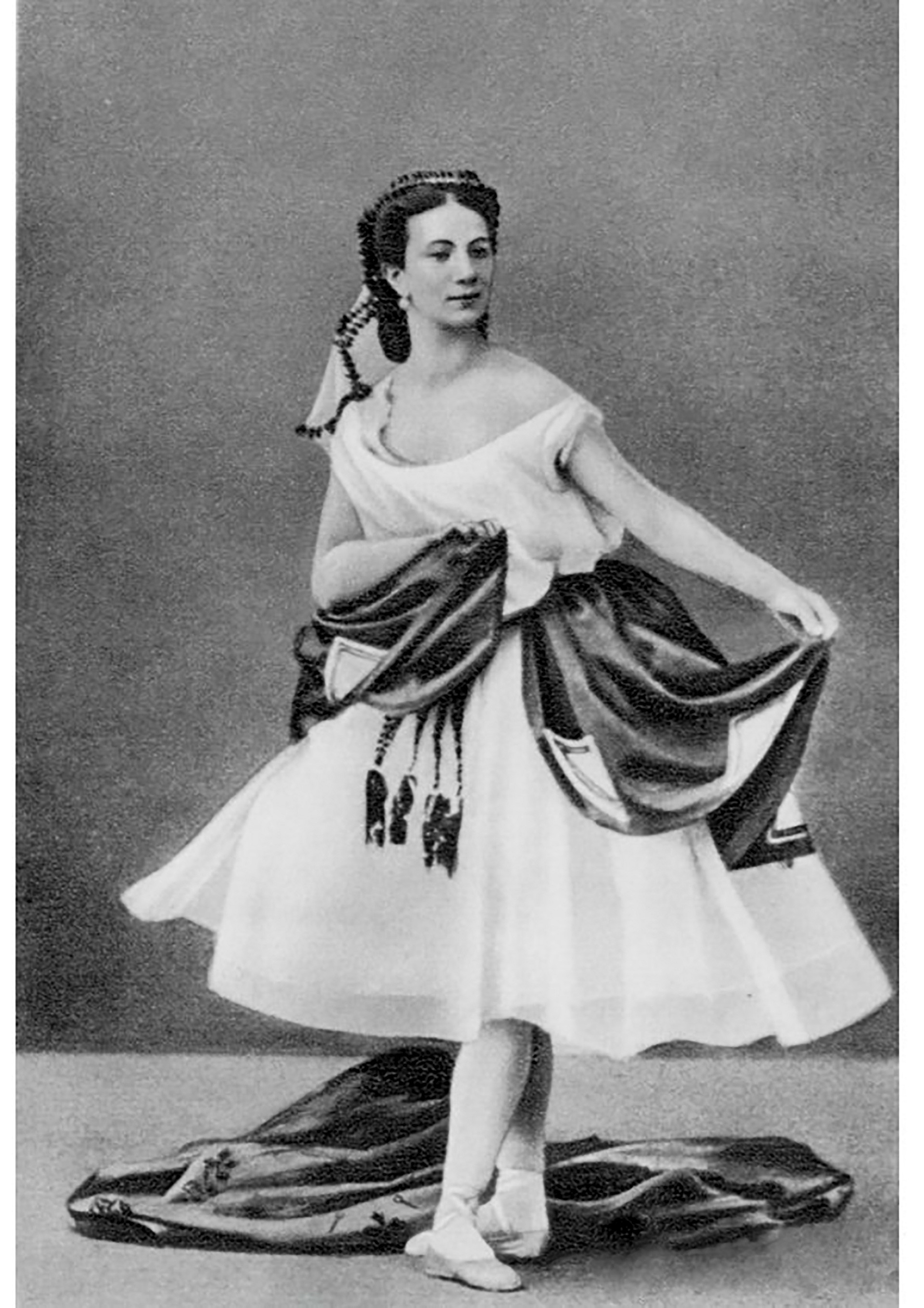 Lebedeva stirred souls with her portrayals of the tragic Giselle, Esmeralda, and Margarita in Faust. After Marfa Muravyova had left the scene, Lebedeva transferred from Moscow to St. Petersburg and her admirers grew. New parts followed – one after another.

It wasn’t only her parts that were tragic – misfortune found its way into her real life after she was partially blinded during a performance at the age of 28 when her eyes were burnt. Despite this, she still managed to enjoy her private life and married into an old Russian family called the . 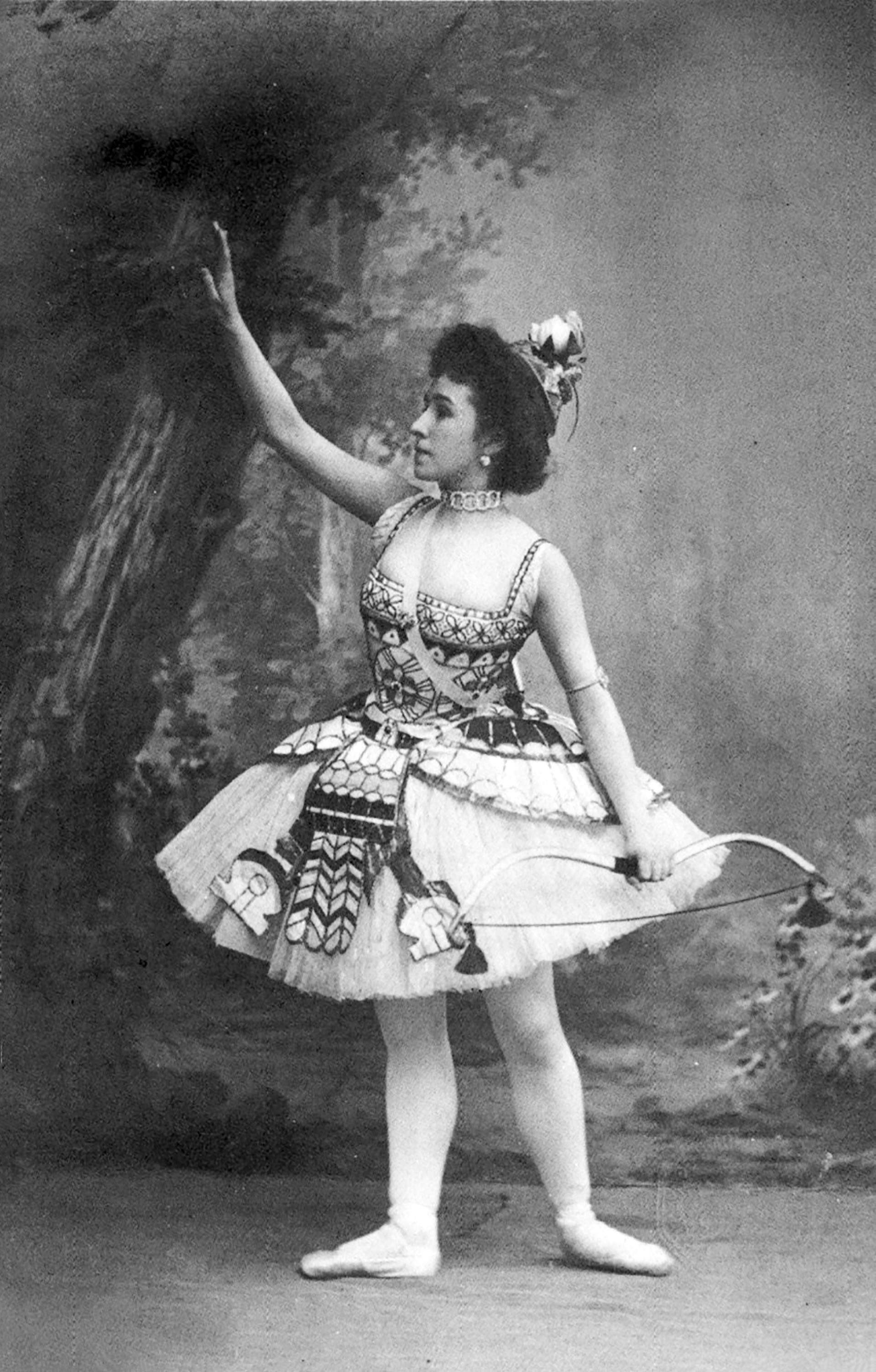 Photographic postcard of Mathilde Kschessinska costumed as the Princess Aspicia in the Grand pas des chasseresses from 'The Pharaoh's Daughter' ballet, 1898-1899

Nobody will ever know for sure what Alexander III said to Kschessinska – who was one of the stars of St. Petersburg’s ballet school, but according to the dancer herself he told her to "be the pride of Russian ballet."

The very same day, which was to drastically shape her life, she also met the heir to the throne, Nicholas Alexandrovich Romanov. They began a love affair that quickly took St. Petersburg by storm – people couldn’t stop talking about it. 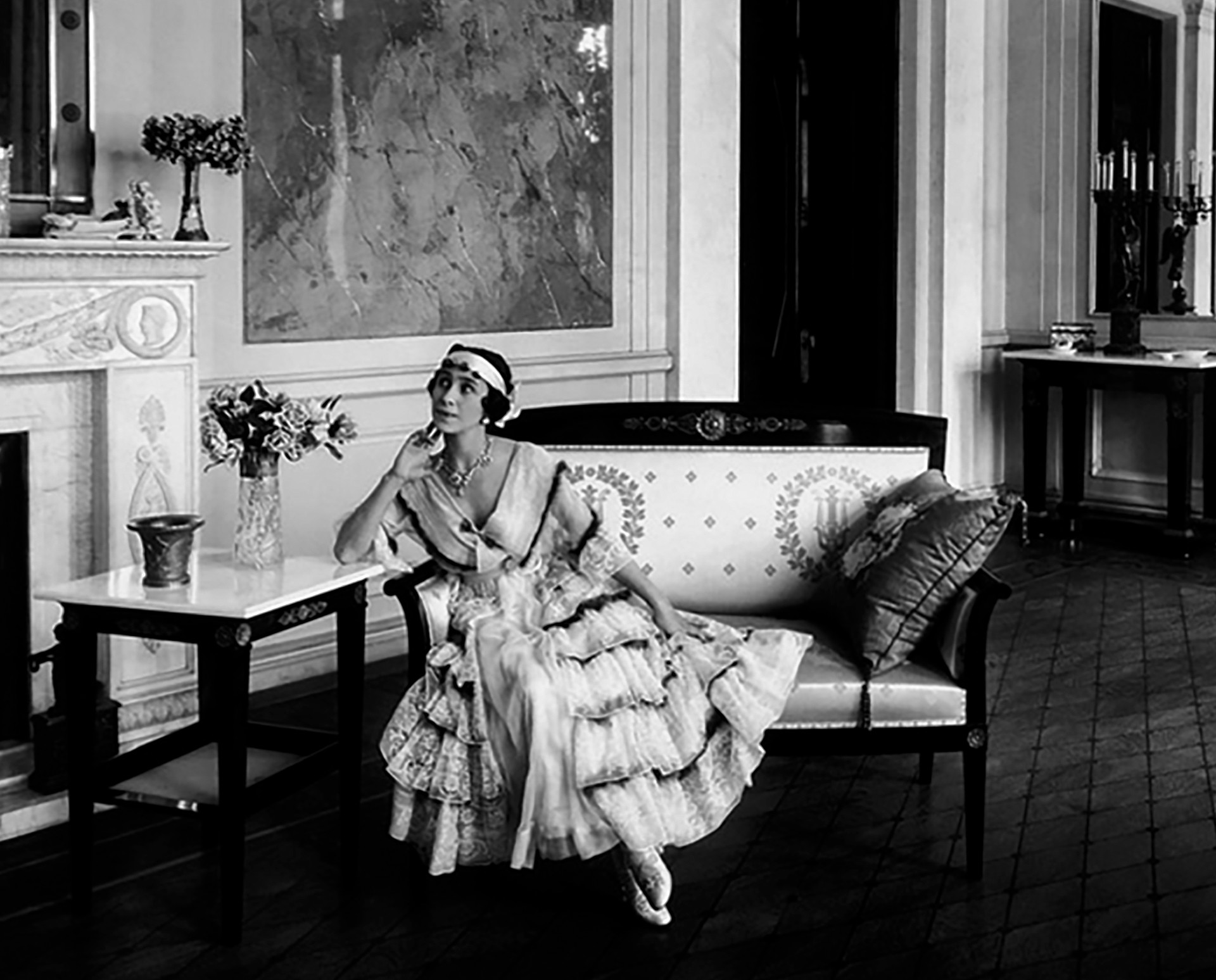 The perfection of her dance routines captivated viewers in every section of the audience at the Mariinsky Theater, and also those in the royal box. Famous choreographer Marius Petipa was very fond of the ballerina but her eccentricity infuriated him. Her performances in The Pharaoh’s Daughter, La Fille mal gardée, and Esmeralda won her many plaudits.

In 1917 she was forced to flee Russia with her 15-year-old son. After leaving the country she opened a ballet studio and taught the future stars of English ballet, like Margot Fonteyn and Yvette Chauviré. 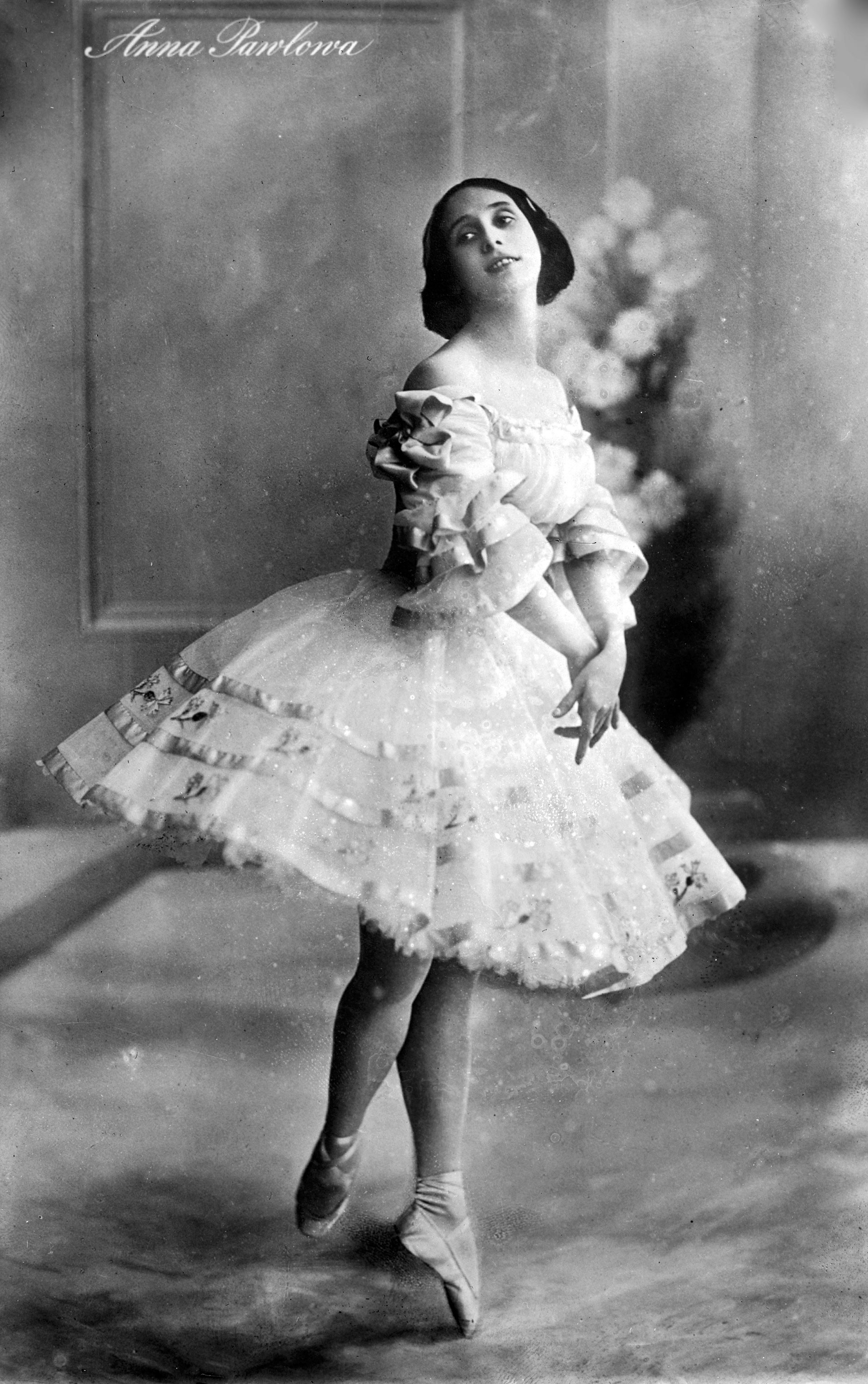 Anna Pavlova traversed the globe more than once while performing - and this was before air travel! She lit up stages in the U.S., India, Australia, Japan, Argentina, Uruguay, Cuba...the list goes on.

The beginning of her life is cloaked in mystery: It’s believed her parents were a laundress from St. Petersburg and retired soldier but some claimed she was the lovechild of a banker. 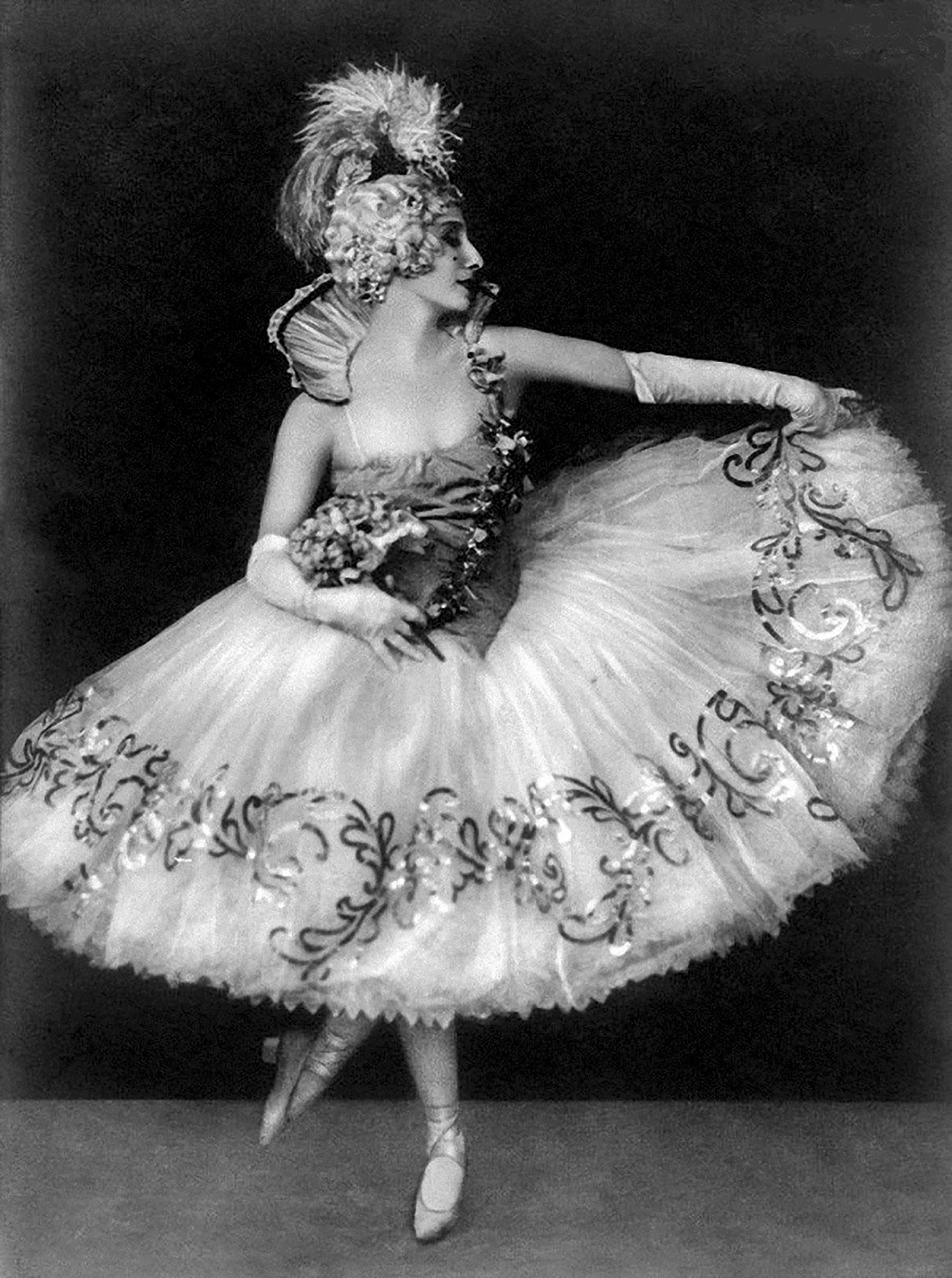 Her early childhood was spent in extreme poverty but following a visit to Sleeping Beauty at the Mariinsky Theater she became so engrossed in ballet that it turned into the main focus of her life. Never before had she witnessed such beauty and elegance. From this point on she devoted every living moment to fulfilling her dream.

She graduated from St.Petersburg Theater School, starring in La Bayadere and Giselle along the way before performing in the Mariinsky Theater. Thanks to Valentin Serov’s poster she became a symbol of the first Ballets Russes by impresario Sergei Diaghilev in Paris. Her image was set in stone by choreographer Mikhail in the miniature Swan set created especially for her, as well as The Seventh Waltz in Les Sylphides. 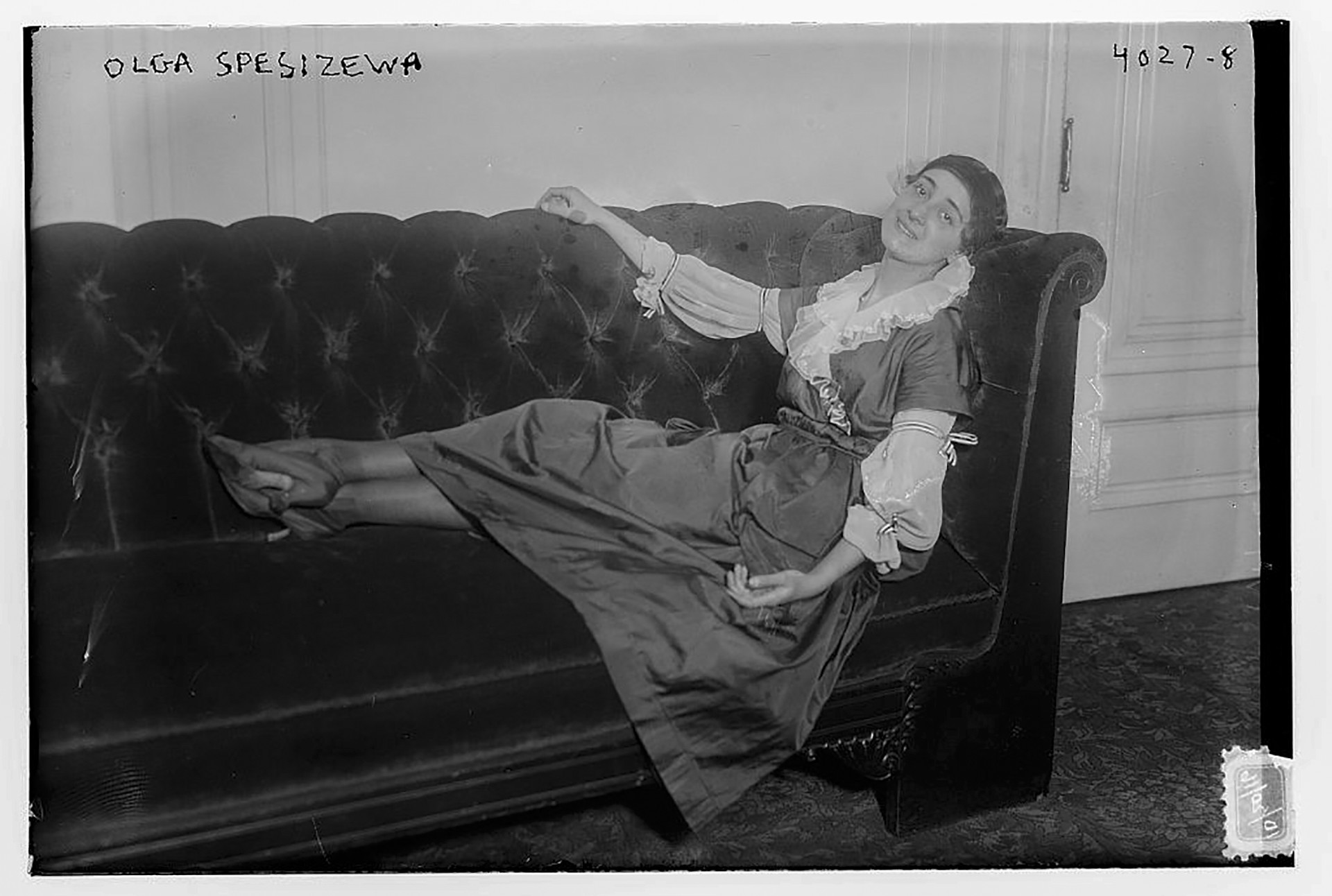 Spessivtseva received the title of prima ballerina after the October Revolution, when there were no longer any czars or Imperial ballet. She was regarded as a relic of a former time having started her career at the Mariinsky Theater in 1913 and slowly but surely climbed the dance ladder.

Her talent was all too clear from a young age. She attracted the attention of those around her with her unique appearance: Her features, perfect proportions, elegant legs, and elongated hands were showstopping. She played Giselle, Esmeralda, and Odette/Odile with amazing grace. 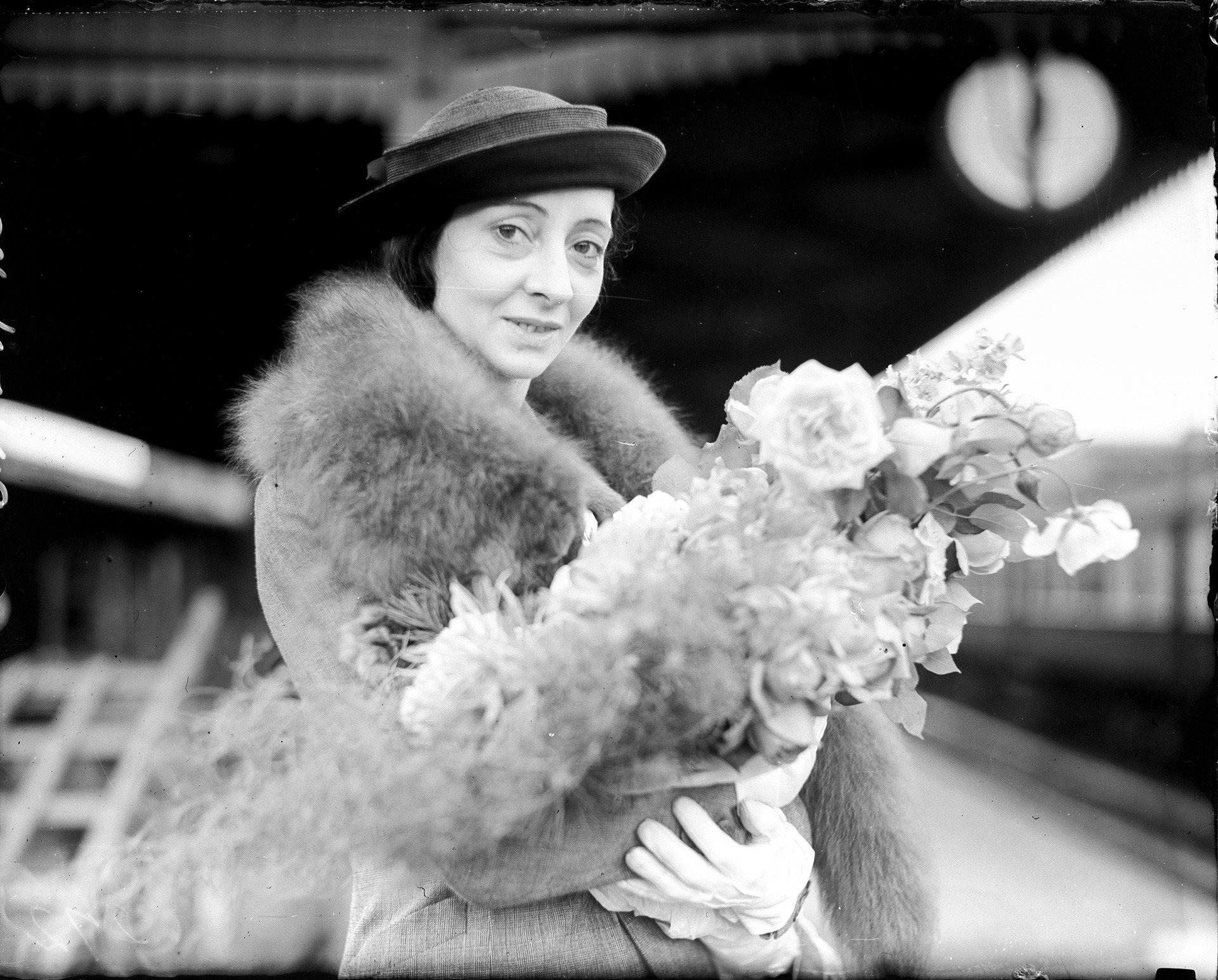 Spessivtzeva was billed as Spessiva for "phonic simplicity" in Australia, despite being the greatest ballerina of her time

The left took notice of Spessivtseva, especially Red Commissar Boris Kaplun. Thanks to this she was able to emigrate to France in 1924 where she danced in the Paris Opera and in Diaghilev’s Ballet Russes. She also toured the likes of Italy, Argentina, and Australia. At the peak of Spessivtseva’s she had a breakdown and Leo Tolstoy’s daughter offered her refuge on her American farm. The dancer lived for the best part of 100 years and became the subject of many books, films, and ballets.