Why are the authorities of Russia's southern capital encouraging vandals? 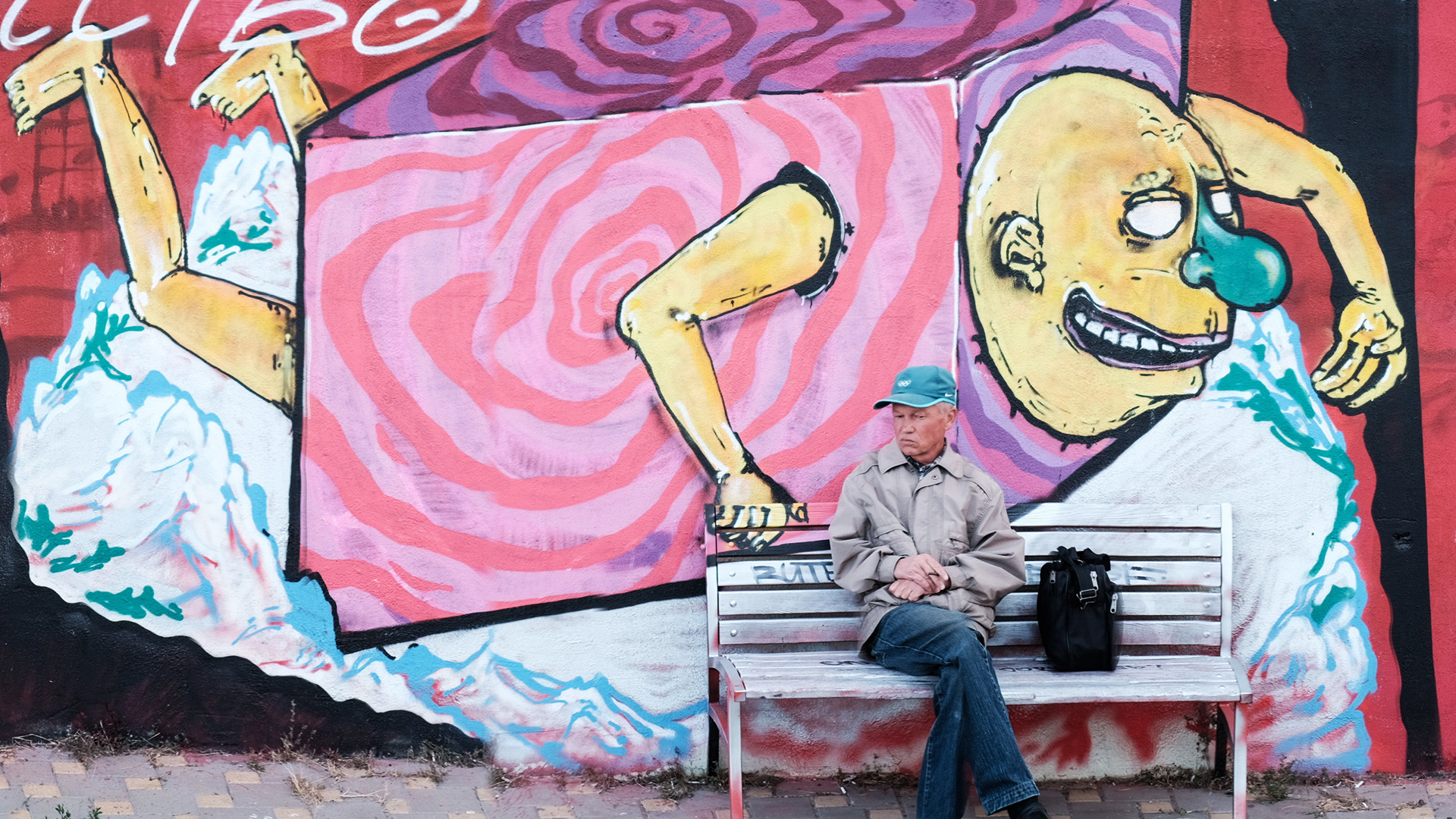 Nikolai Khizhniak
In Krasnodar, young artists are being spurred on to daub the place in bright, uplifting, and creative murals - and more cities are catching on. 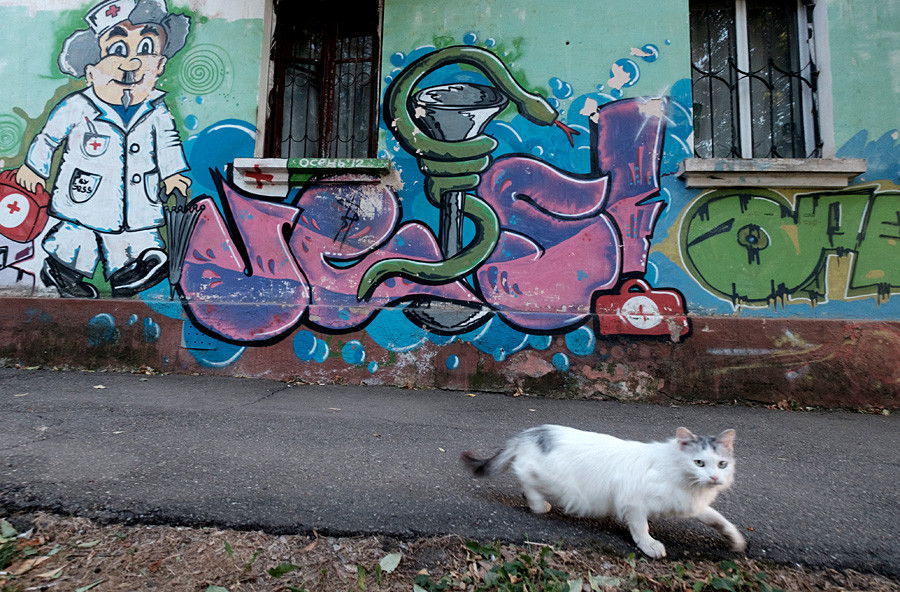 In 2013, the authorities of the southern Russian city Krasnodar, capital of the Kuban Region, decided a splash of color was needed to brighten things up. So, the KrasnodART project was born. 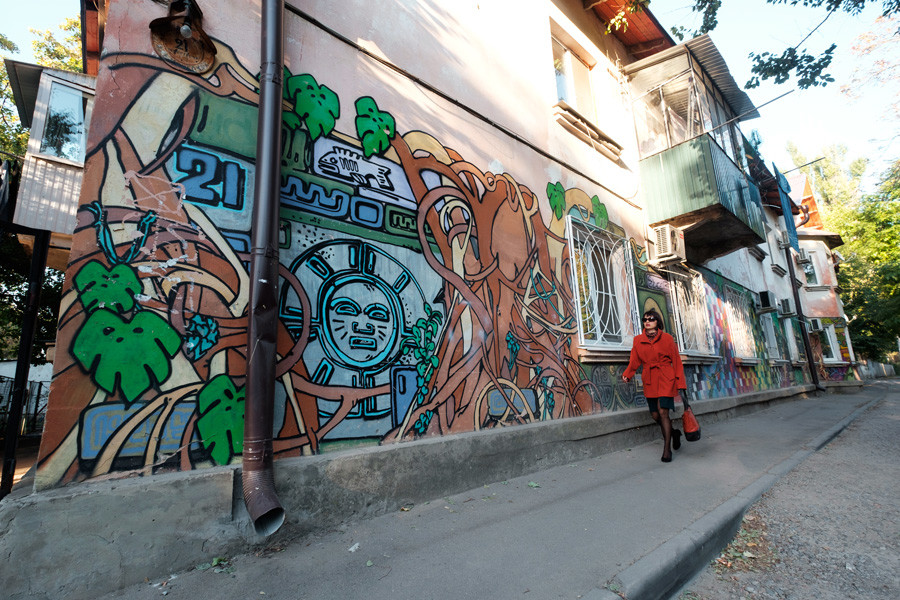 The aim of the project is to daub the city in commissioned graffiti. 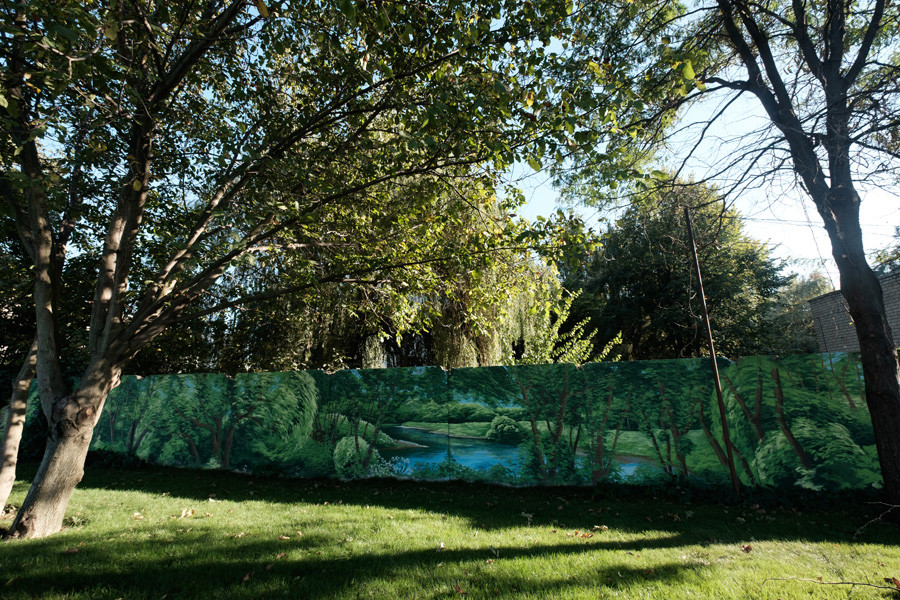 The organizers want to make Krasnodar the street art capital of the Russia’s South, promote young creative talent, and bring modern culture to the public. 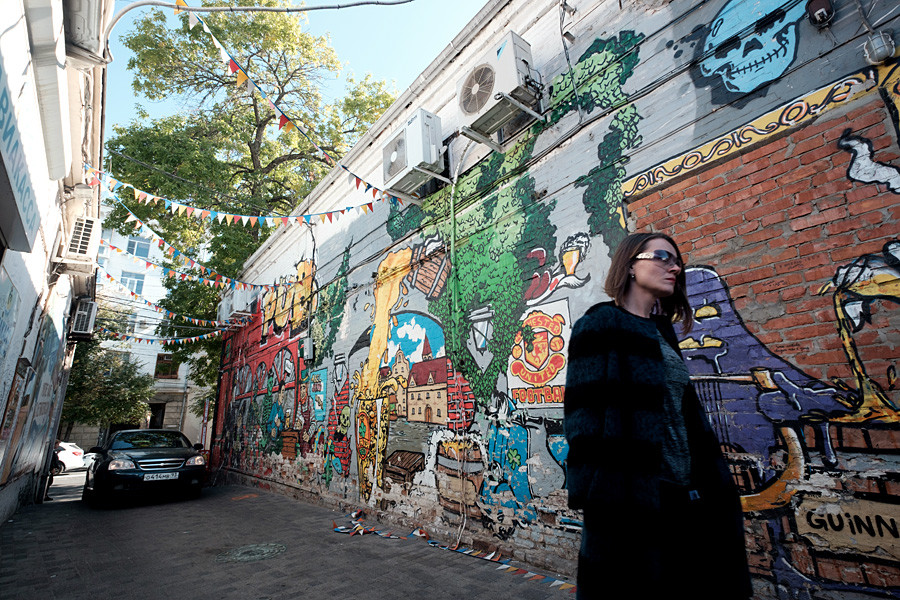 Dozens of artists have painted buildings across the city. Each project was carefully monitored by the authorities, who want the paintings to look as organic as possible - the art is meant to merge seamlessly with the city’s image. 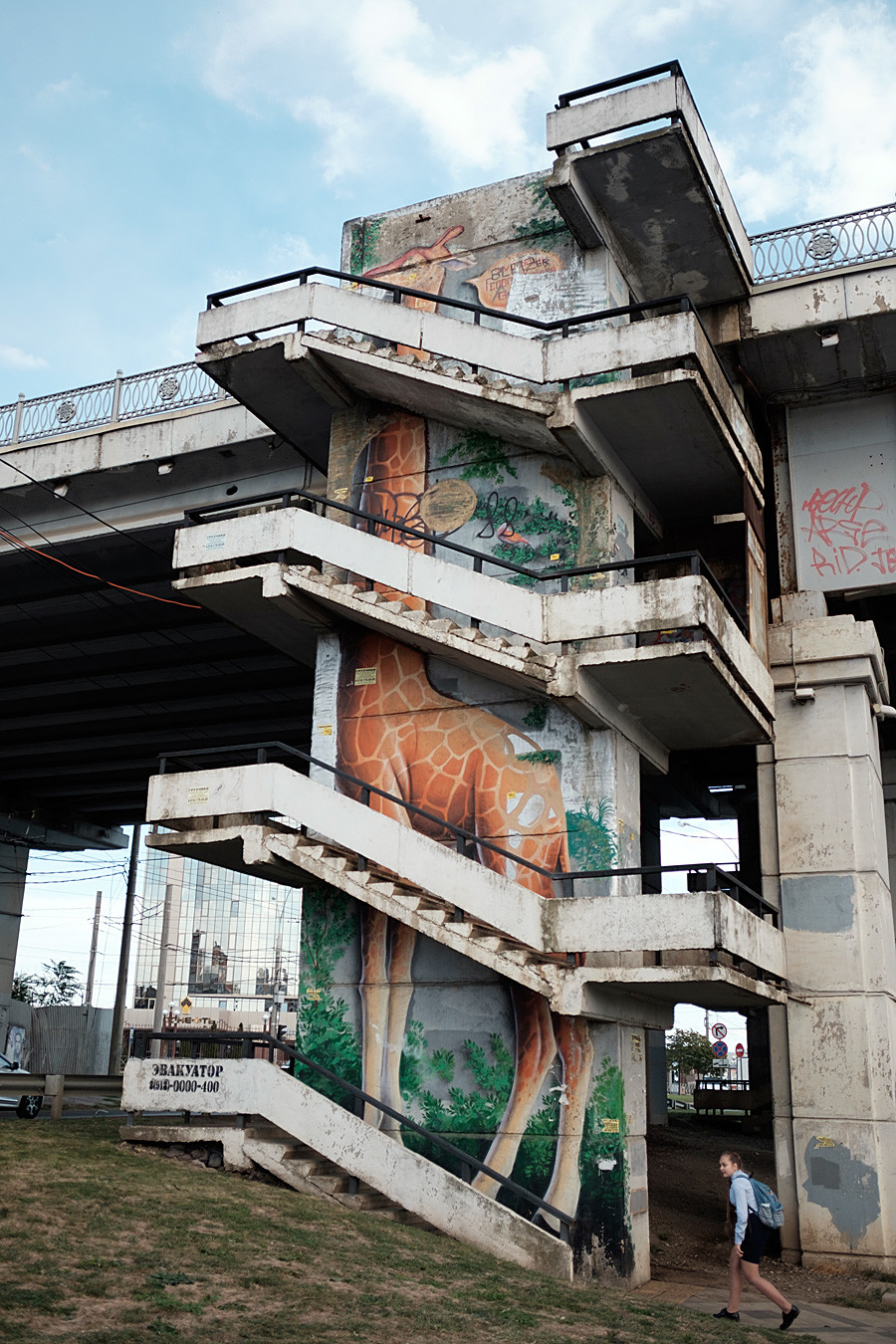 The graffiti can be found in Krasnodar’s outskirts and in the center: On walls, houses, bridges, and industrial buildings. 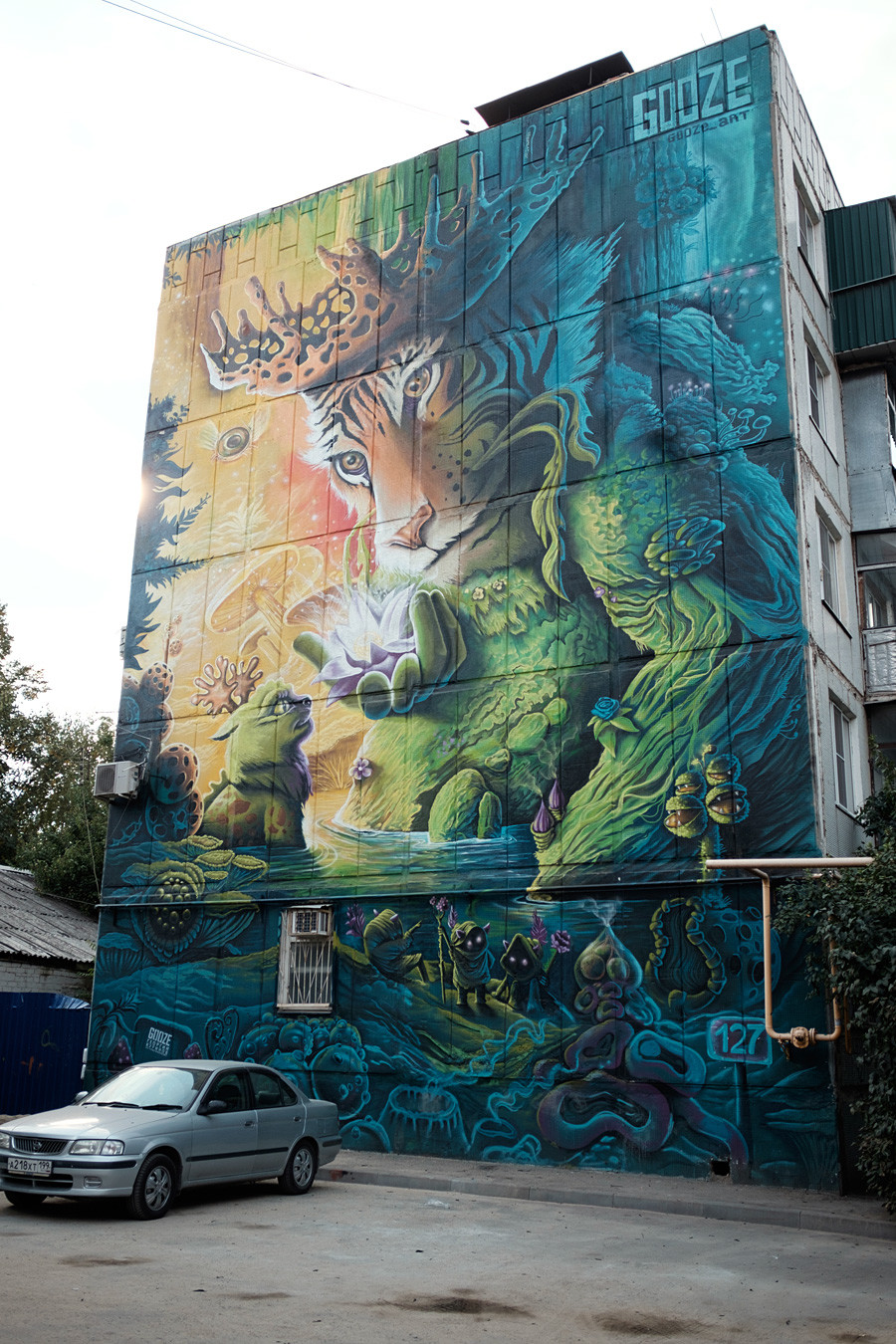 Ideas for the paintings are limited only by the artist’s imagination. This example of graffiti, called “Papa,” depicts the birth of a new soul. It’s symbolized by a flower held by the Spirit of the Forest. 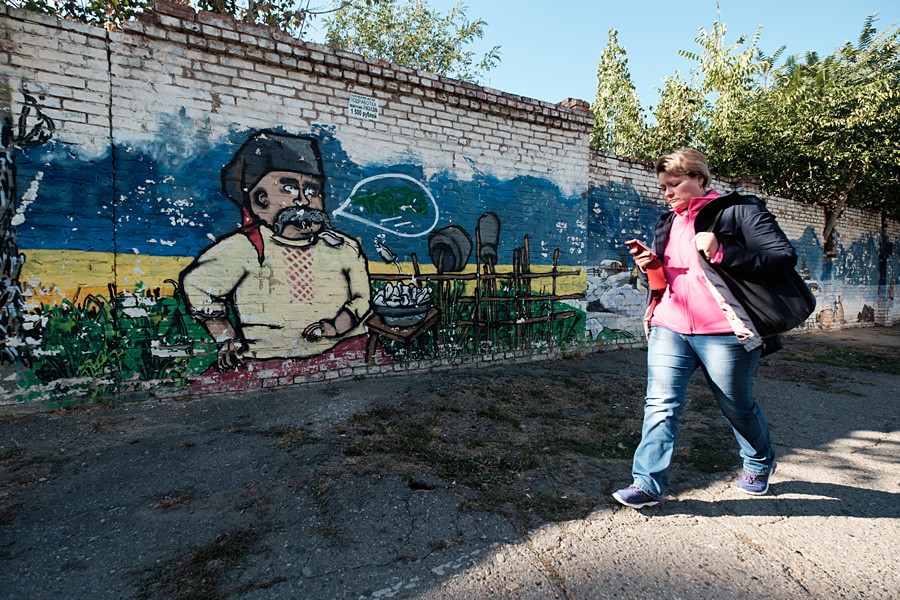 Artists often draw on classical literature. This once mundane white fence was decorated with paintings dedicated to Nikolay Gogol. 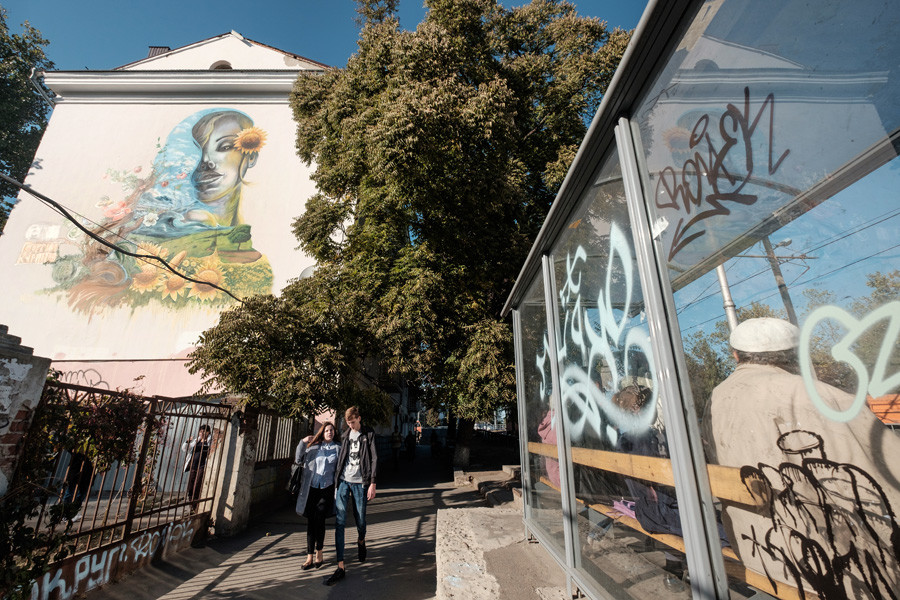 And this girl on a building on the city’s main stretch, Krasnaya St., symbolizes youth, vivacity, and spring. 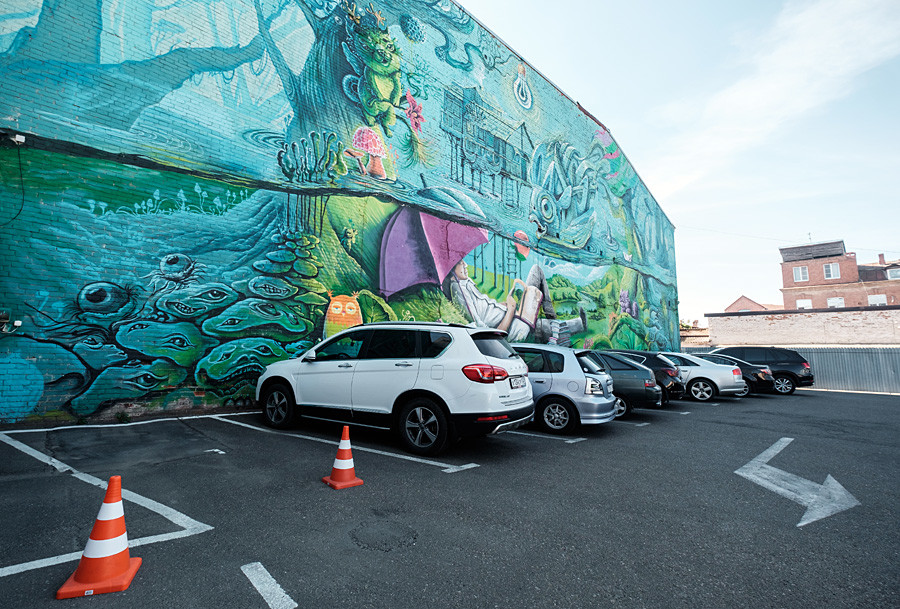 The KrasnodART project has been such a hit that similar initiatives are now happening throughout the Kuban Region. 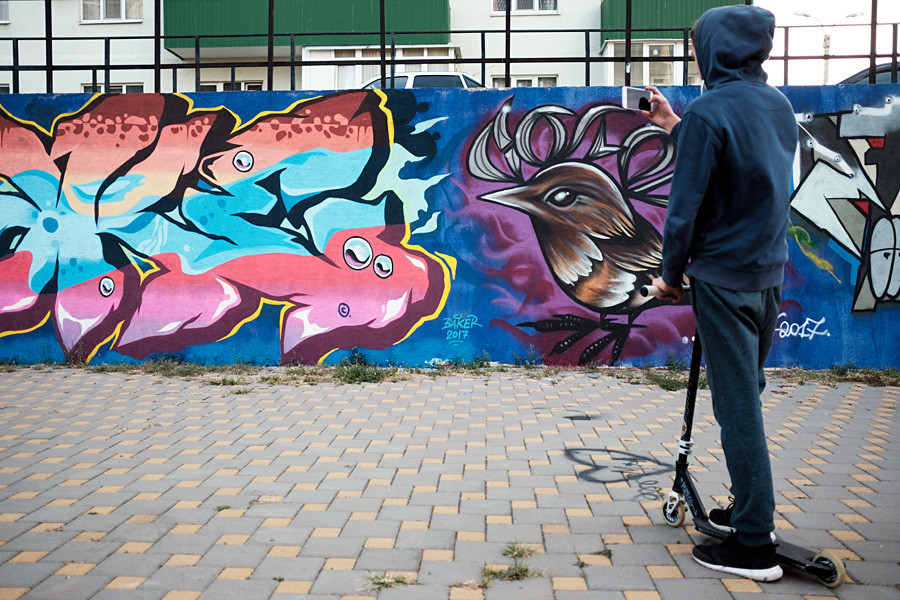 The first graffiti park in Krasnodar was opened on Sept. 9. Aspiring artists now have the chance to show off their work and get noticed.