196 years ago: Fyodor Dostoyevsky was born 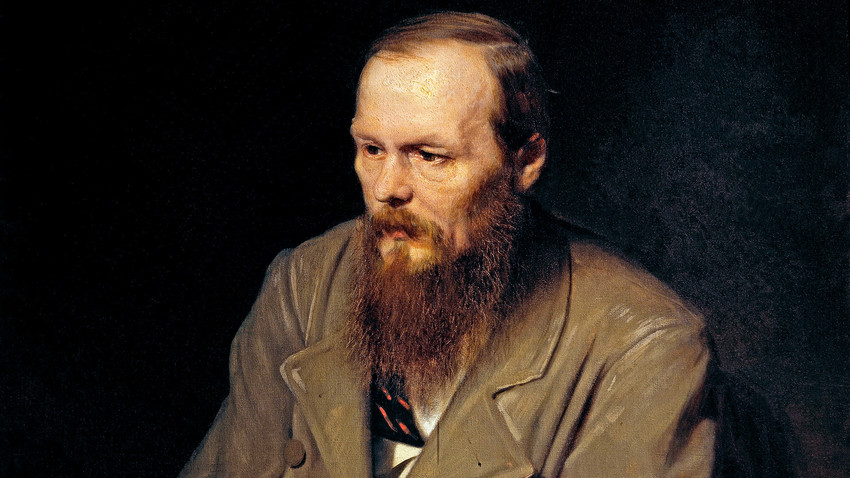 State Tretyakov Gallery/Wikipedia
The writer – who needs no introduction – wrote eight great novels, dozens of short stories, and even managed to be imprisoned for his love of literature, before he died aged 59.

Famous literary critic Vissarion Belinsky called Dostoyevsky “the new Gogol” for his early novel Poor Folk. As an irony of fate, Dostoyevsky was imprisoned for distributing a letter from Belinsky to Gogol criticizing religion and government.

But if it wasn’t for his time in prison, would he have been able to write Crime and Punishment? Or his great Notes from the Dead House, where he predicted the terrible things that happened in prison camps in Soviet times:

“It once came into my head that if it were desired to reduce a man to nothing – to punish him atrociously, to crush him in such a manner that the most hardened murderer would tremble before such a punishment, and take fright beforehand – it would be necessary to give to his work a character of complete uselessness, even to absurdity. <…> But let him be constrained to pour water from one vessel into another, or to transport a quantity of earth from one place to another, in order to perform the contrary operation immediately afterwards, then I am persuaded that at the end of a few days the prisoner would strangle himself or commit a thousand crimes, punishable with death, rather than live in such an abject condition and endure such torments.”

Dostoyevsky was addicted to gambling, losing much of his fortune on roulette. To improve his finances he signed a contract with a publishing house, which demanded he a new novel on a tight deadline. He wrote The Gambler in record time, and the strains of doing so are reflected in his biography.

Dostoyevsky was a realist writer who felt the social upheaval of his time very deeply. The Devils was one of the first fiction novels about the revolutionary and terrorist movements that shook Russia to its core – responsible for killing Tsar Alexander II (who died the same year as the writer), sparking the 1917 Revolution.