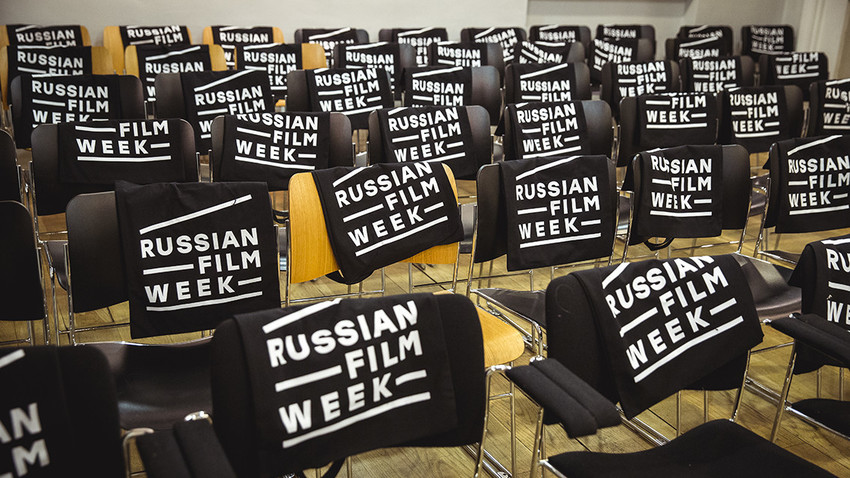 russianfilmweek.org
British capital to be saturated with Russian movies until November 28

For the second year in a row, an initiative led by Filip Perkon is showcasing the best of Russian cinema in London. "On top of screenings, we have a carefully curated education, and exhibition schedule to provide a full specter of Russian film culture," Perkon says.

This year Russian Film Week will have a lot to offer its British audience. Probably the most anticipated film set to be screened is Andrei Zvyagintsev's Loveless, which has already won the Cannes Jury Prize and was long-listed for an Oscar. Unfortunately it is currently sold out.

Another sold out is Mathilde, the most scandalous movie of 2017, which features a love affair of the last Russian tsar Nicholas II and ballerina Mathilde Kschessinska.

Another film which deserves attention and still has tickets up for grabs is the movie Arrhythmia (to be shown on Nov. 23), named this year's best film at the Open Russian Film Festival Kinotavr.

To mark the centenary of the Russian Revolution, we advise you to visit the screening of 1917. The Real October will also be shown on Nov. 23.

A movie revealing all the secrets of the country's main theater, Bolshoi, is to be shown on Nov. 21 and 24, and will be followed by a Q&A with director Valery Todorovsky.

A unique story about Russian scientists making the sensational discovery of a lake underneath the ices of Antarctica is told in the movie Lake Vostok. At the Mountains of Madness. The screening is scheduled for Nov. 21.

Don't miss out Spacewalker, a great movie about Russian space exploration and the feats of cosmonaut Alexei Leonov, the first person to enter open space outside a spacecraft. This will be shown on Nov. 22 and 24.

Hostages, Closeness, Teriberka – these films are also worth mentioning here, as well as many master classes and talks with directors and actors.

The full schedule is available here>>>