Controversial ballet ‘Nureyev’ at the Bolshoi: 5 reasons to book your tickets now 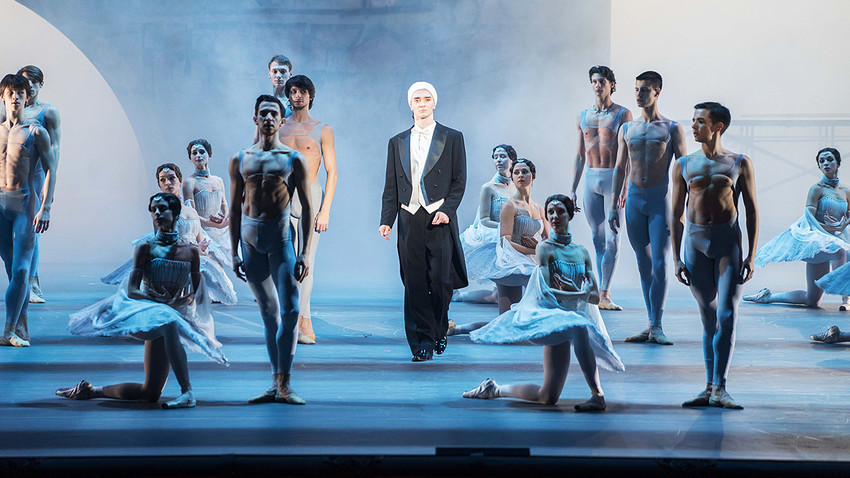 Pavel Rychkov / Bolshoi Theater
The world premiere of the ballet by Ilya Demutsky, Kirill Serebrennikov and Yuri Possokhov played to a full house on Dec. 9 and 10. The two performances were sold out and the next premiere shows are scheduled for June 2018.

A hugely anticipated ballet premiere, which was at the center of a big scandal in the summer and was under threat of being canceled, has finally taken place. The Bolshoi strictly controlled the sale of tickets to the two premiere performances of "Nureyev" with no more than two tickets allowed per customer, and buyers had to show their passports. On both evenings the hall was so packed with Russian celebrities that they could be seen even in the boxes in the third tier. The next performances are scheduled for June 2018, but you'd better book your tickets now. Here's why. 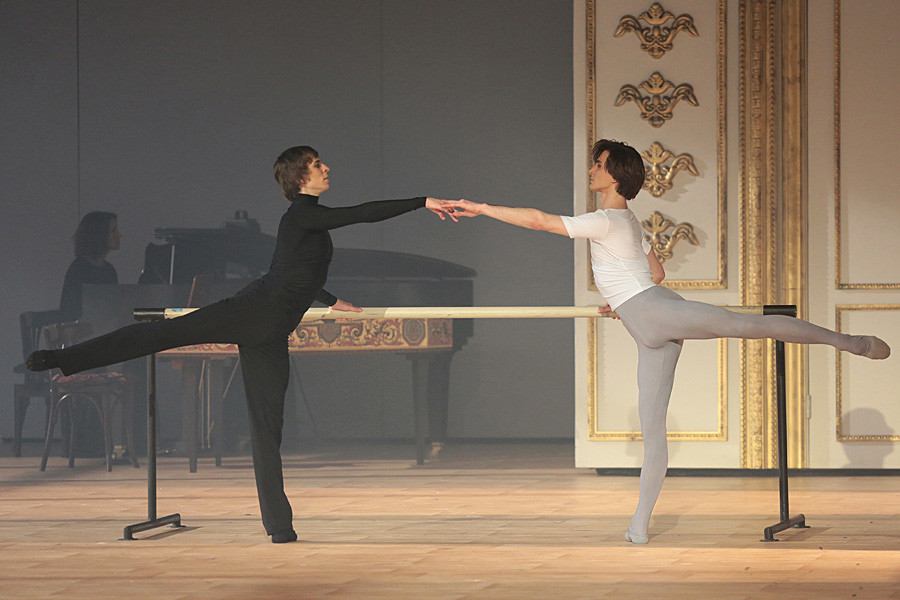 the 20th century the standard set by Diaghilev's dance company reigned supreme in world ballet - one-act productions without a narrative plot. At the beginning of this century, thanks to renowned Russian choreographer Alexei Ratmansky, the situation began to change: the audience once again developed a taste for big productions, dramatic set designs strong passions. The Bolshoi Theater was one of the first to start reviving the genre. In recent years, it has put on Ratmansky’s "Lost Illusions" and "Flames of Paris", Yuri Possokhov’s "Cinderella" and "A Hero of Our Time" and Jean-Christophe Maillot's "The Taming of the Shrew", all of which attracted much international attention. "Nureyev" is the latest step in the development of this trend.

2. Nureyev's 'debut' on the stage of the Bolshoi 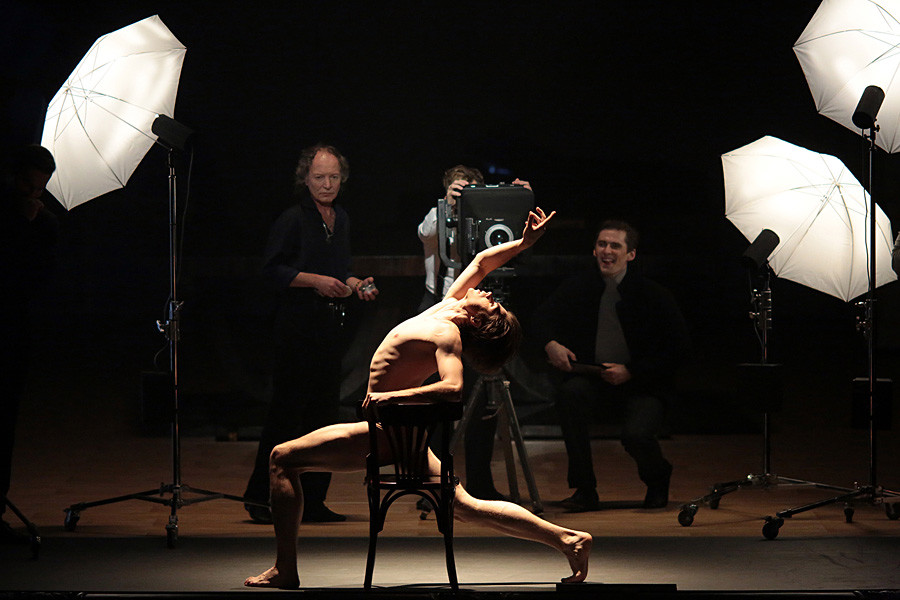 was choreographer Yuri Possokhov who suggested a ballet dedicated to Rudolf Nureyev. For the figure of Nureyev has a particular significance. The dancer who transformed the perception of was condemned in his own country, the USSR,  following his defection to the West while on tour in Paris in 1961. Newspapers and books referring to him were confiscated from libraries, and TV films featuring his performances were wiped. Nevertheless, the Bolshoi’s dancers - and the young Possokhov was one of them - knew the name through word of mouth in professional circles. And when on foreign tours, they would become aware of the global cult of 'Rudimania'.

Professionally, Nureyev belonged to St. Petersburg: it was there he graduated from the Vaganova Academy of Russian Ballet and danced at the Kirov (now Mariinsky) Theater. And the Bolshoi is arguably the only one among the world’s most renowned theaters on whose stage he never danced. The ballet "Nureyev" symbolically fills this gap in his biography. 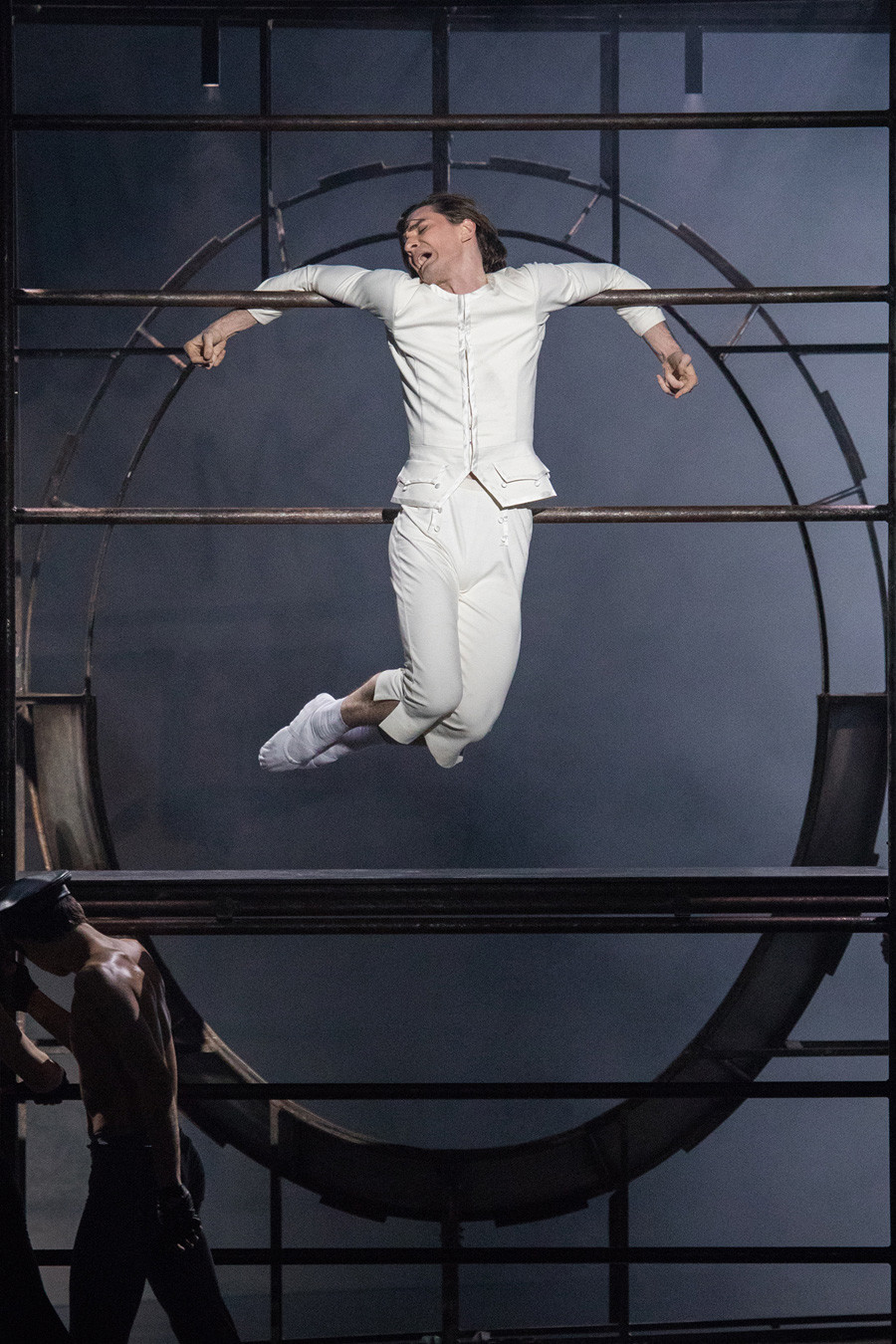 the 1930s, for the production of grand narrative ballets in Russia, a director was invited to work in tandem with a choreographer. The director helps to develop the libretto, create characters and work with dancers on the acting aspects of their roles.

The tandem of Possokhov and director Kirill Serebrennikov emerged several years ago during the production of another premiere at the Bolshoi, "A Hero of Our Time". One of the most sought-after Russian directors, Serebrennikov has had a wealth of experience in musical theatre - he has staged Honegger's "Joan of Arc at the Stake" for Vladimir Spivakov's festival and "Hansel and Gretel"at the Stuttgart Opera, among other productions.

4. A unique ballet with singing and recital 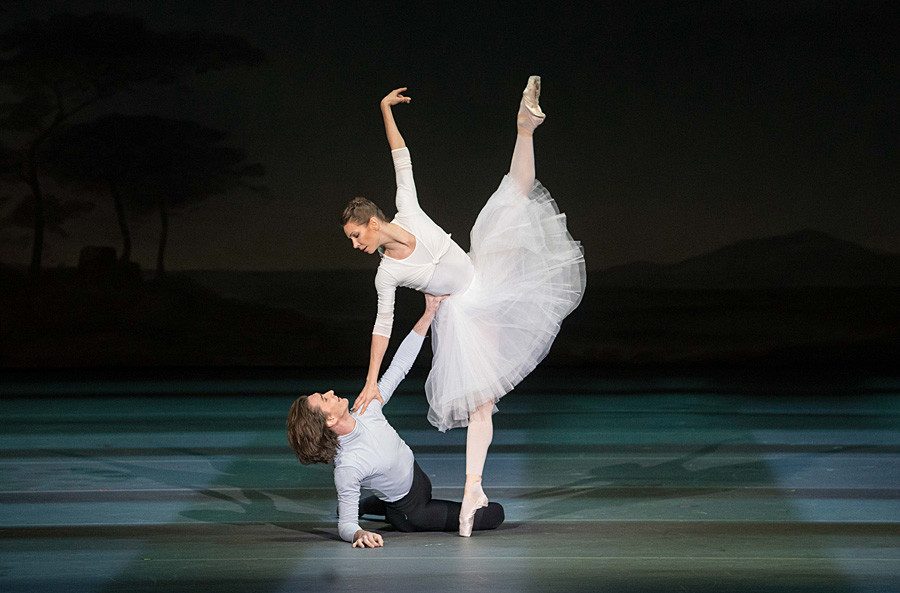 Serebrennikov and Possokhov have developed a completely new form of performance. The ballet, devoted to a character whom many in the "Nureyev"audience knew personally or saw on stage, is made like a documentary - in the form of an auction which was really held a few months after the dancer's death. In "Nureyev", dancing is accompanied not just by music but also by text; and the choreography often merges with the singing of the choir, and the voices of the auctioneer and of the authors of letters to Nureyev with movement. Several hundred performers are engaged in the production and their curtain call after the performance takes about four minutes.

5. Several shows in one 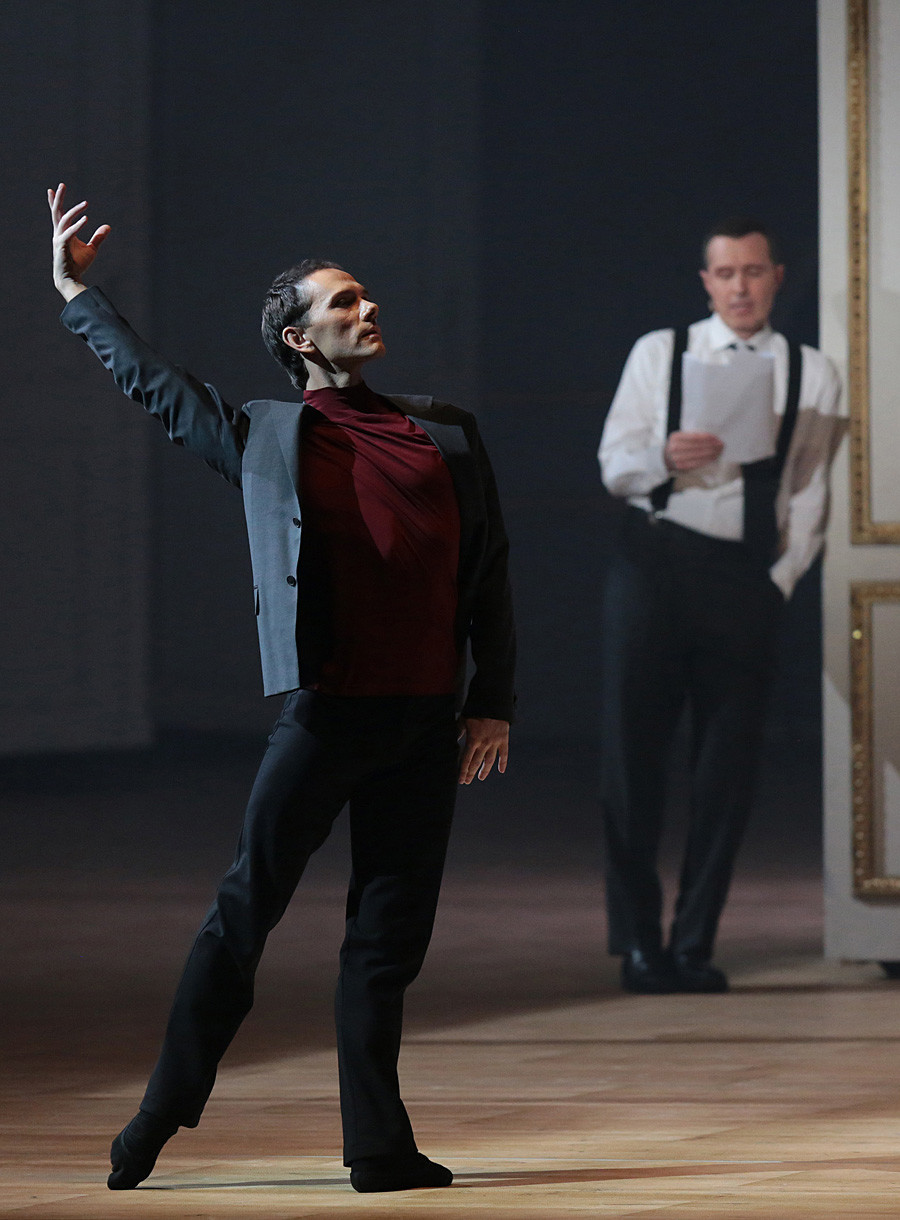 The ballet letters to Nureyev from people who were close to him, written today at the request of the production's directors. The words of Alla Osipenko, his dancing partner in Leningrad (now St. Petersburg), Natalia Makarova, his co-student at ballet school, and two male dancers whom he brought to the level of top performers of the next generation - Charles Jude and Laurent Hilaire - are read out on stage. They accompany two pieces of choreography that are called just that - "Letters".

These two solo pieces, female and male, are essentially two independent one-act ballets. Although forming part of the production, they can also be put on in their own right. Both belong to the best choreography of Yuri Possokhov, as do the Grand Gala scenes in which Nureyev changes roles, theaters pupils.