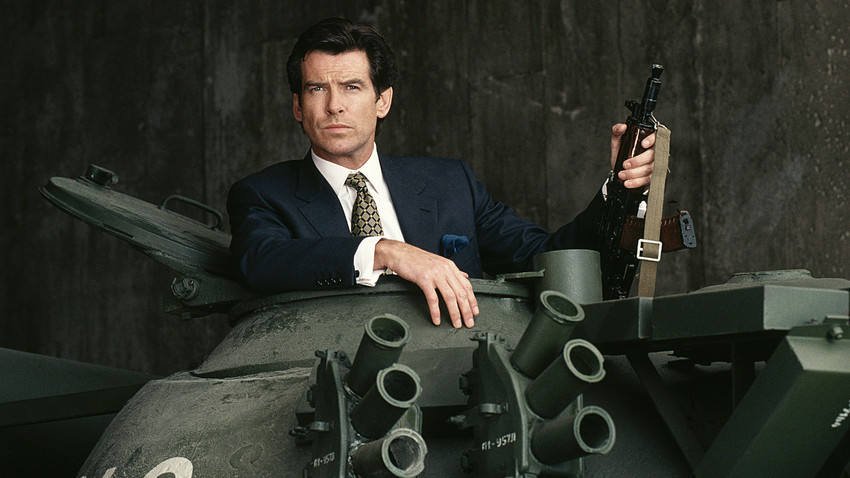 Irish actor Pierce Brosnan poses in the hatch of a Russian T55 Main Battle Tank holding a Kalashnikov automatic rifle, in a publicity still for the James Bond film 'GoldenEye', 1995

Getty Images
The legendary British spy is at his best when facing off against a terrifying Russian nemesis. Find out which unlucky baddies from the East got both shaken and stirred by Agent 007.

Daniel Craig announced a return to the screen in 2019 as the immortal spy-hero James Bond, but nothing is known about the villains he will go up against. If we’re to go by Bond’s past record, there’s a good chance he’ll find himself (yet again) defending the Western world from a Russian foe. Here’s how his Russian adversaries have fared in past films, from the least to most ominous. 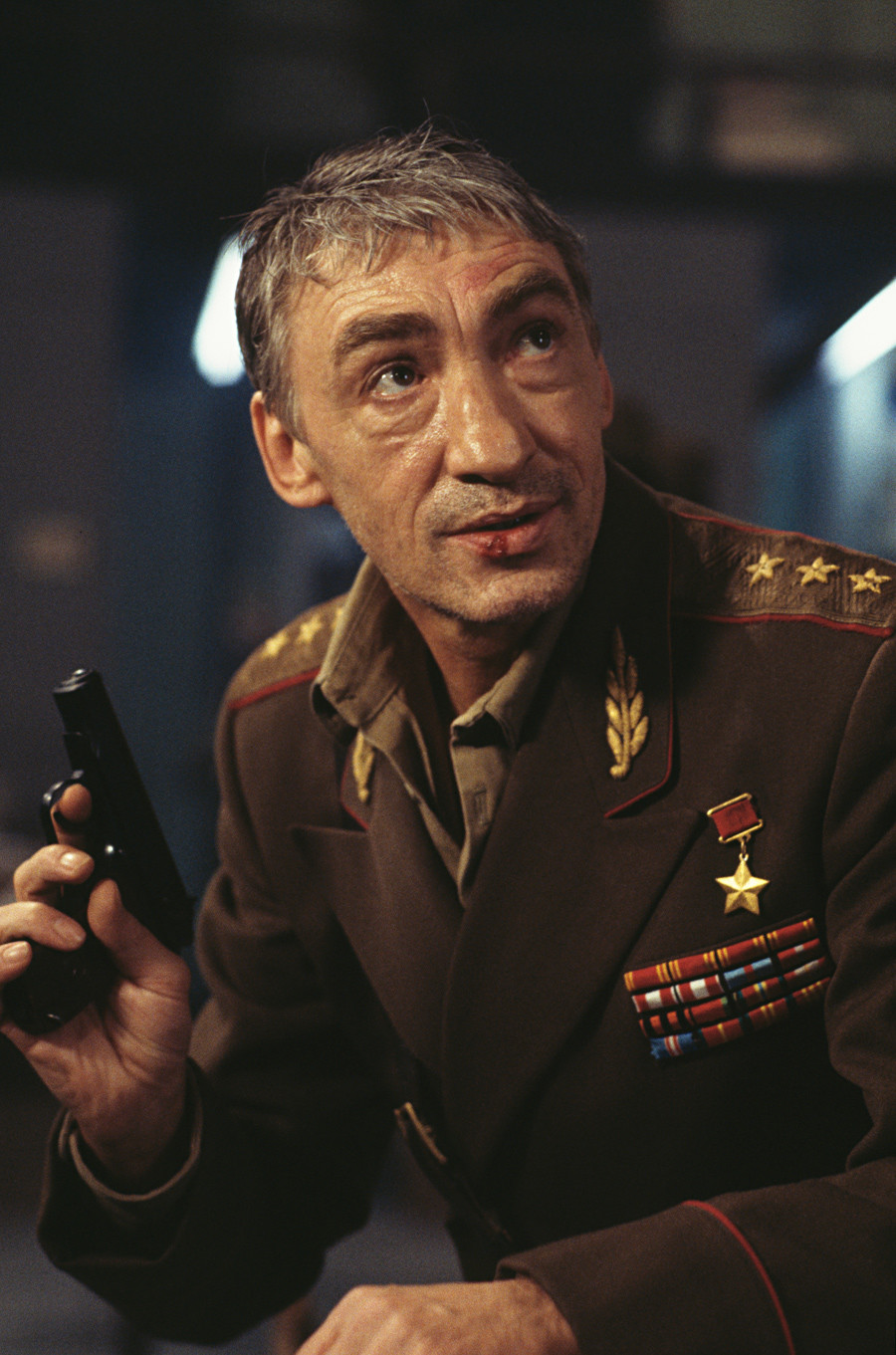 What a slippery snake this guy is. In it for nothing other than to satisfy his megalomania and become the ‘Iron Man of Russia’, he and accomplice Ksenia Onatopp spend years terrorizing Russia, and playing everyone in the government.

To be fair, Ourumov’s crime syndicate, Janus, gets a lot done – the hijacking of a Tiger helicopter, the destruction of a Siberian space station and acquiring control of the GoldenEye satellite weapons systems. Not only this, but he actually got away with it (for a while) by blaming the attack on ‘Siberian separatists’. Not a bad day’s work.

Ourumov finally meets his demise at the hands of James Bond driving a suspiciously rapid tank that smashes through historic buildings along the narrow streets of downtown St. Petersburg. Naturally, Bond then drives his tank to stop Ourumov’s getaway train, and then (of course) wins the shoot-out that ensues on the train.

While the general's competence is admirable, it also means that there’s nothing about him to feel sorry for; his lack of a cause makes him fairly unlikeable. He’s also completely outdone in charisma by his (somewhat more alluring) colleague, Miss Onatupp, putting him in last place on our list.

Is there anything that can stop this lunatic?

Orlov is completely insane, and his goal is to cripple the West at any cost; namely, the nuclear devastation of Europe, which (in his deluded mind) would allow a Soviet ground invasion.

What if the Soviet military command ignores him? That’s fine, he’ll sell some Faberge eggs and fund the mission himself! What about the threat of a nuclear holocaust in the USSR? The West won’t do anything because they’re decadent and divided!

Not to worry – James Bond is onto him! Having foiled Orlov’s plot to smuggle an atomic bomb into Germany on a train, Bond hops on board to neutralize it. Jumping out of the train, Orlov is shot by German border guards. And let’s be honest, did anyone feel bad for him?

At least he died believing his dream (a nuclear explosion in Europe) was about to take place, telling his superiors, “tomorrow I shall be a hero of the Soviet Union.” Thankfully, it didn’t quite work out that way. 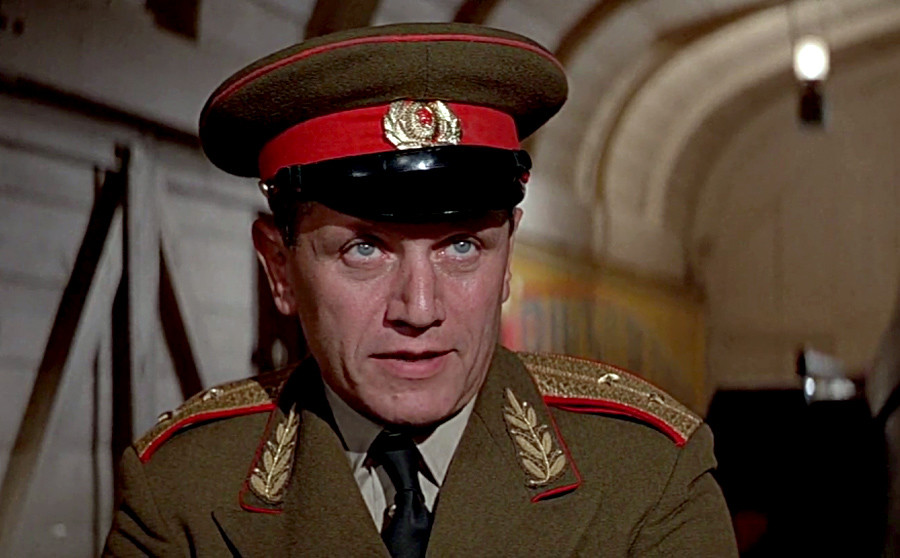 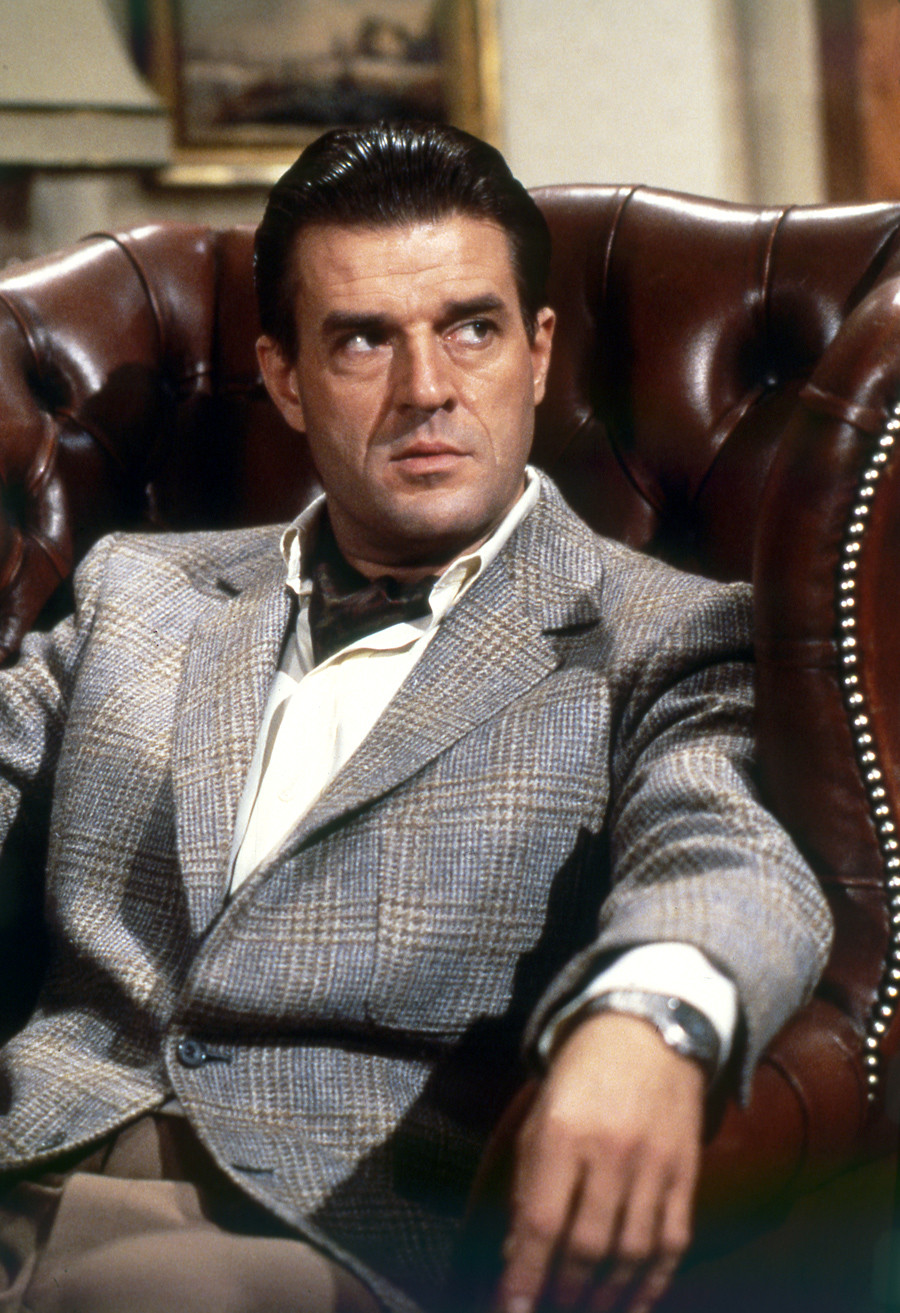 Actor Jeroen Krabbe on the set of 'The Living Daylights'

No matter where you stand, this smooth criminal is a real piece of work. Operating as a US-Soviet double agent, Koskov uses his seemingly unsuspicious demeanor and steely good looks to play everyone against each other and stab both sides in the back.

You would think that an agent willing to risk everything at such a high level would have a greater purpose. But all that's on Koskov’s mind is heroin. Namely, to provoke a world war, then smuggle heroin out of Afghanistan while the Soviet occupiers are distracted. Noble.

To do this, he fakes his own defection to the West in order to persuade Bond to kill the hilariously-named Soviet General Pushkin, who he said was reanimating SMERSH (Stalin’s anti-spy unit, meaning ‘Death to Spies’.) Luckily, James Bond knows better than to take the bait, and with Pushkin on his side, Bond gets the slimy General arrested and sent back to his homeland, where he gets his just desserts.

This Russo-Bosnian anarchist terrorist-for-hire is not your typical bad egg. Having had a bullet lodged in his brain preventing him from feeling pain, Renard knows better than anyone that his time on Earth is short, and wants to inflict as much damage as possible while he’s still able to. The only thing he cares about is revenge on M, who ordered his execution, as well as protecting his socialite lover, Elektra King. 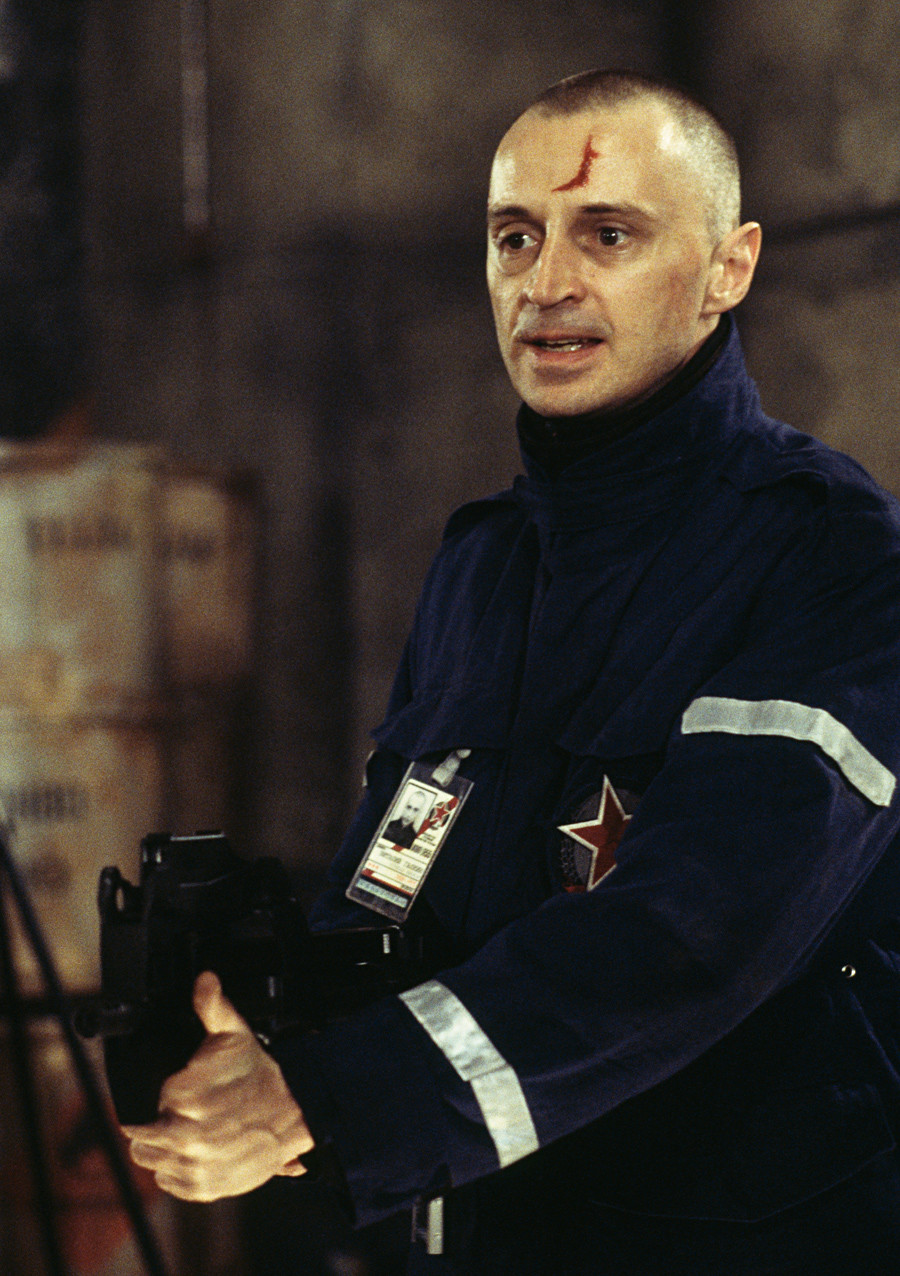 Scottish actor Robert Carlyle as Renard in the James Bond film 'The World Is Not Enough', 1999. Here he wields a FN P90 submachine gun whilst stealing weapons-grade plutonium from a Russian missile base in Kazakhstan. This scene was filmed in Pinewood Studios, Buckinghamshire.

In the end, Renard’s grand anti-capitalist ambitions fall foul to his love for Elektra. While she initially wasn’t so into Renard (he did make his first move by abducting her), she found a way to use him to her advantage by convincing him to detonate a nuclear submarine on her father’s competitor in the oil business. Of course, the plot was foiled at the last hour by Bond, who got on board the submarine and managed to kill Renard. We’re starting to see a pattern here…

On one hand, Renard is a kind of tragic figure, and you can’t help but feel sorry for him. It’s clear from the outset that he had a tough life, and his sadism came from a place of depression. He also couldn’t make love to Elektra because of his complete lack of senses.

On the other hand, he killed the doctor who saved his life because he couldn’t get the bullet out of his brain, and his plan to blow up the Bosphorus with a nuclear submarine would have killed millions. What an asshole.

Both terrifying and irresistible in equal measure, Ksenia Onatupp is the Bond femme fatale to remember. Operating in Ourumov’s Janus crime network, Onatupp probably kills hundreds throughout GoldenEye, often in the most creative ways imaginable: One unlucky lover of hers gets stabbed with scissors mid-intercourse, while another is suffocated by her thighs! You might also remember Ksenia as the bond villain who reached orgasm while killing a group of innocents. What a sweet girl.

So unconventional are Onatupp’s tastes that even Bond, womanizer-in-chief himself, manages to stay clear. Well, she did try to kill Bond several times (including once with her thighs), which was probably a turn-off. 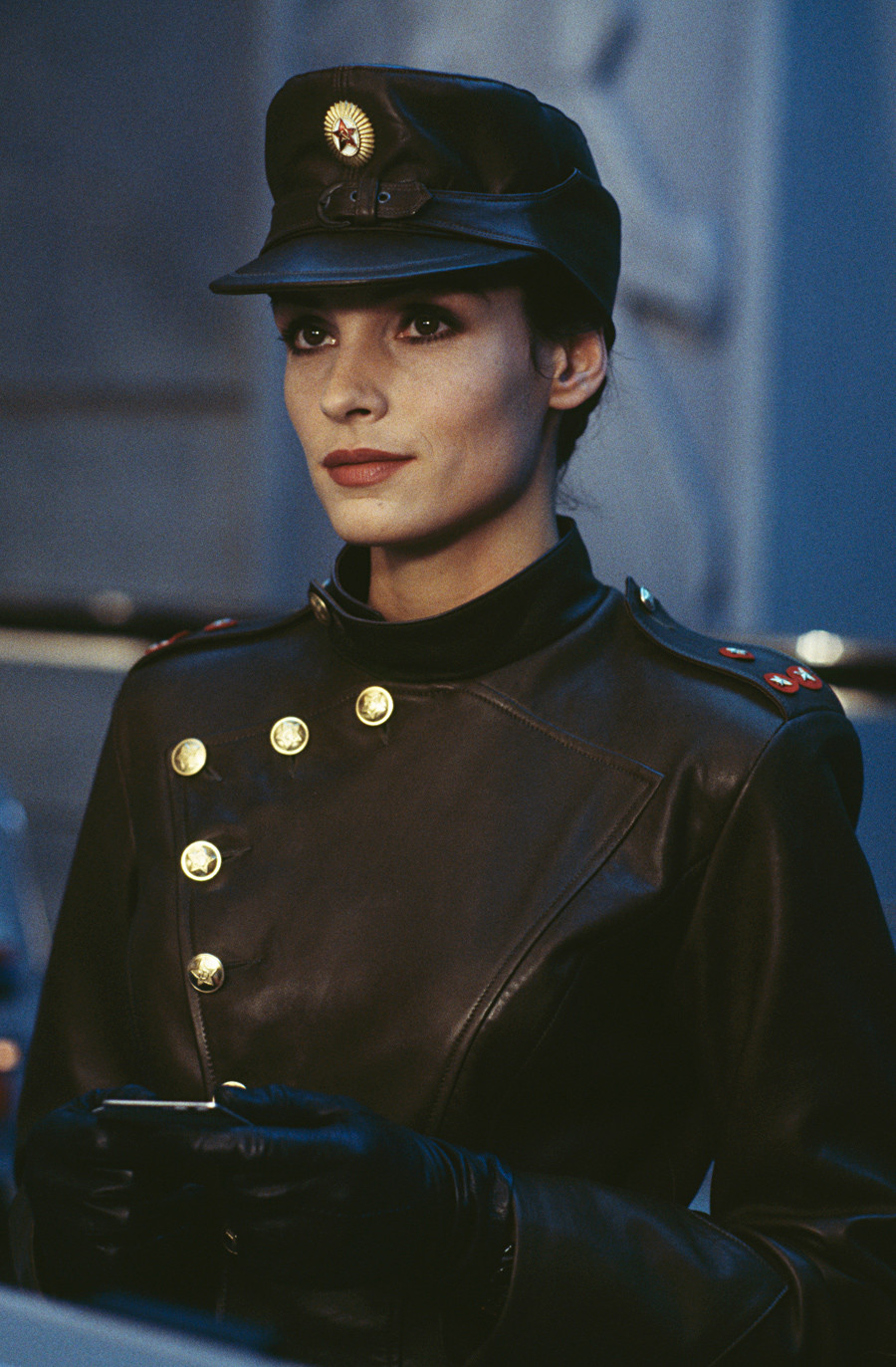 In the end, Ksenia gets caught by British and American intelligence agencies on her attempted escape to Cuba, her body thrown from a helicopter and left hanging between two tree branches. “She always did enjoy a good squeeze,” remarks Bond, in all his smarm. 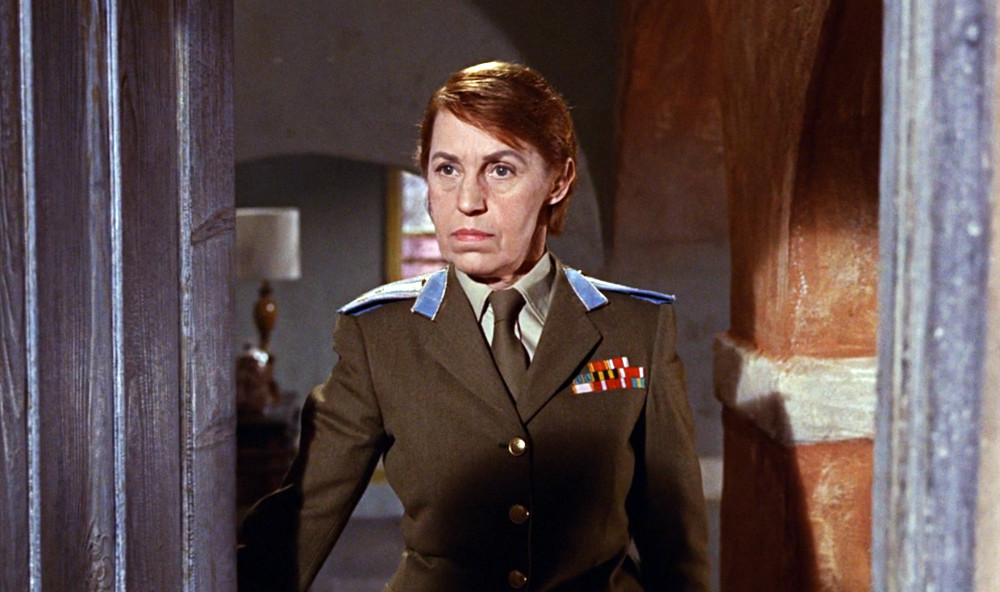 Boasting the sex appeal of a nun, Rosa Klebb is perhaps best remembered as the one female character who nearly took down James Bond with her brain alone. As a Russian double agent, Klebb is able to impressively keep both sides at bay, defecting to Western spying agencies without anyone in her inner circle finding out.

Her name is a pun from the Communist slogan, “bread and roses,” (‘khleb i rozy’), and Klebb’s allegiances ultimately lie with the Soviet Union, for which she comes close to stealing a top-secret decoder. It would’ve worked too, had Bond’s top performance in the sack not convinced her assistant, Tatiana Romanova, to come westwards.

In the end, the same Tatiana deals Rosa her fate, firing a round to the head that stops her from killing Bond with the poisoned switchblades concealed in her shoes. Thwarted at the last second, Klebb came closer than anyone to killing Bond – for that reason, she takes our number 1 spot.