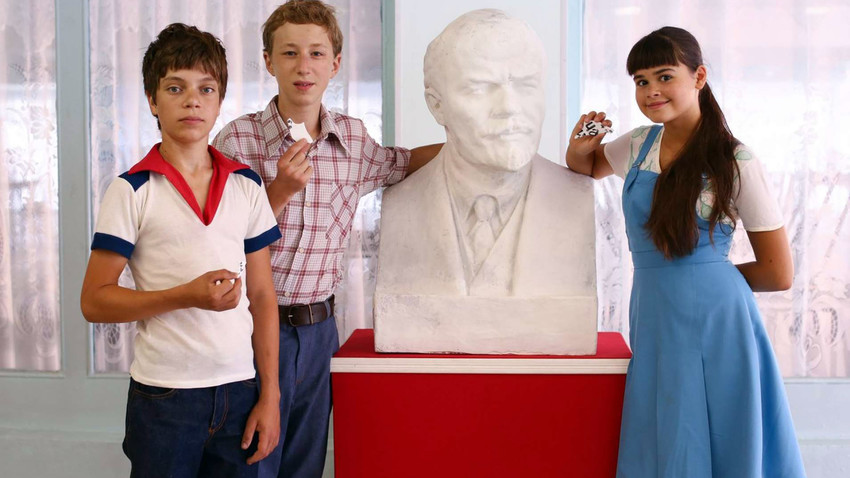 The latest worthy Russian films that have slipped under the radar of mainstream audiences won’t be lost to history anymore. online organized by Rossiyskaya Gazeta shows those movies online for free and hands out its own awards. This year these movies can be seen from April 5 to 17 in any country around the world. Each will be uploaded the Internet for 48 hours. Here are the most interesting online premiers with English subtitles. For more information visit d2.rg.ru (link in Russian).

A young Jewish boy and Lithuanian girl meet in Lithuanian Soviet Socialist Republic. This is a tender teenager love set against a background of repressions and the horror of war. They go their separate but meet again many years later, when their lives have changed completely.

A young and dreamy man returns to his native city of Ufa after military service. But at he finds out that his fiancé has not only left him for a wealthy but also sold a family heirloom, the engagement ring he had given her. Forgetting about the feckless woman, he embarks on to find the lost ring.

The comedy is the debut of director Ainur Askarov. Ufa-born Askarov uses the film as a love letter to his native city, with picturesque shots of the landscape and Bashkir natives.

3. All Will End Soon

Mikhail Nosov is an ordinary factory worker. He isn't married and hasn’t done anything worthy in his life. He is just a lonely man living his workplace and small apartment. Once he meets a prostitute that changes his life.

This gray-toned movie with sad music is a debut by Alexei Rybin.

The summer of 1981 and two Soviet boys just graduated from school head off to Moscow to enroll in university. One of them finds the name of his school sweetheart in the list of applicants and they start looking for her throughout Moscow.

This is the third comedy by director Alexander Karpilovsky pioneers and shows how their adventures continue into their young adult lives.