The painted veil of Russian impressionism: 5 of the greats 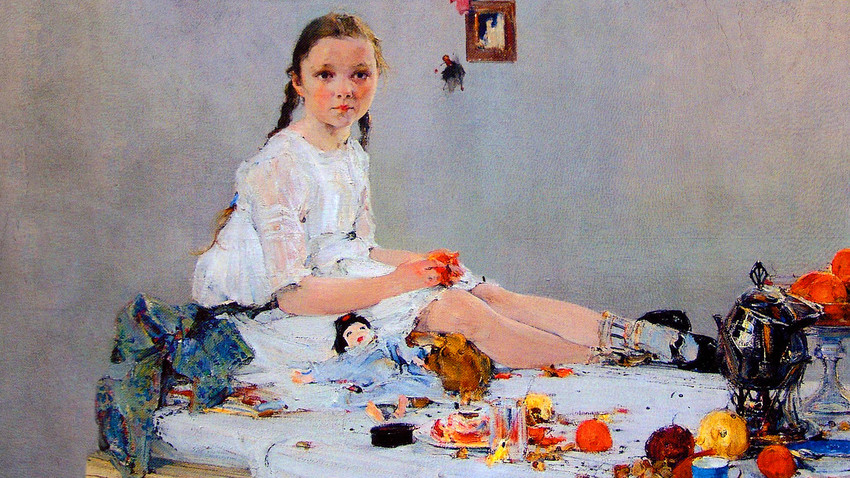 The State Russian Museum
Even if you have no idea about art, you’ve probably seen the bright, colorful works of the world’s most famous impressionist artists. It’s not by accident that the French Orsay Museum is one of the most popular museums in the world, where people come to enjoy the masterpieces by Monet, Degas, Cezanne.

Russia’s contribution to the movement is showcased in the Museum of Russian Impressionism, where the ‘Wives’ expo is currently open to all, displaying the original portraits of the painters’ muses.

Russia Beyond admires the works of the country’s most iconic impressionist painters. 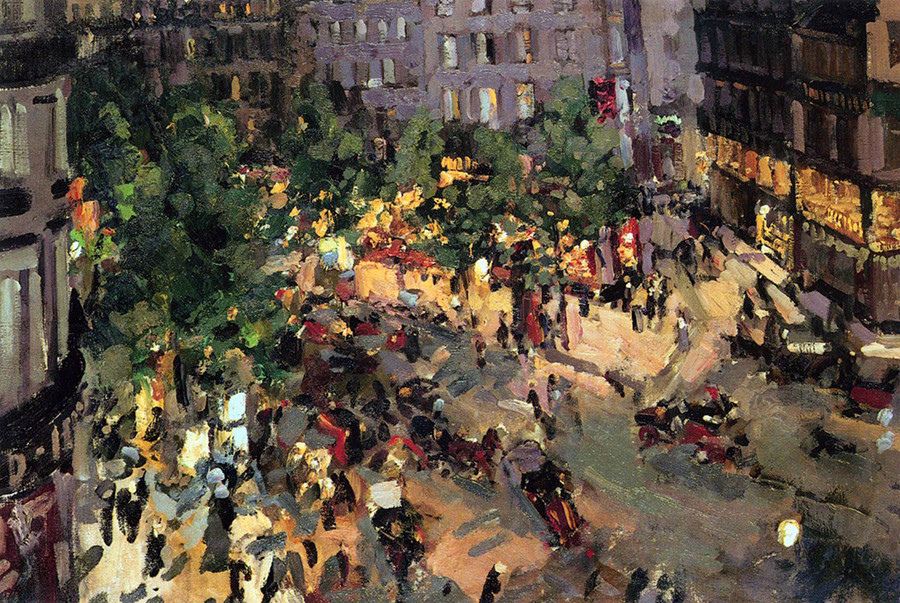 As one of the most important Russian impressionists, Korovin was hugely inspired during his time in Paris, where the genre was essentially born. The artist dedicated many paintings to the French capital: “Paris. Boulevard of the Capucines, " "Paris. Morning," and "Night Street. Paris" are among them. The French certainly appreciated this and he was subsequently venerated as a Cavalier of the Legion of Honor. 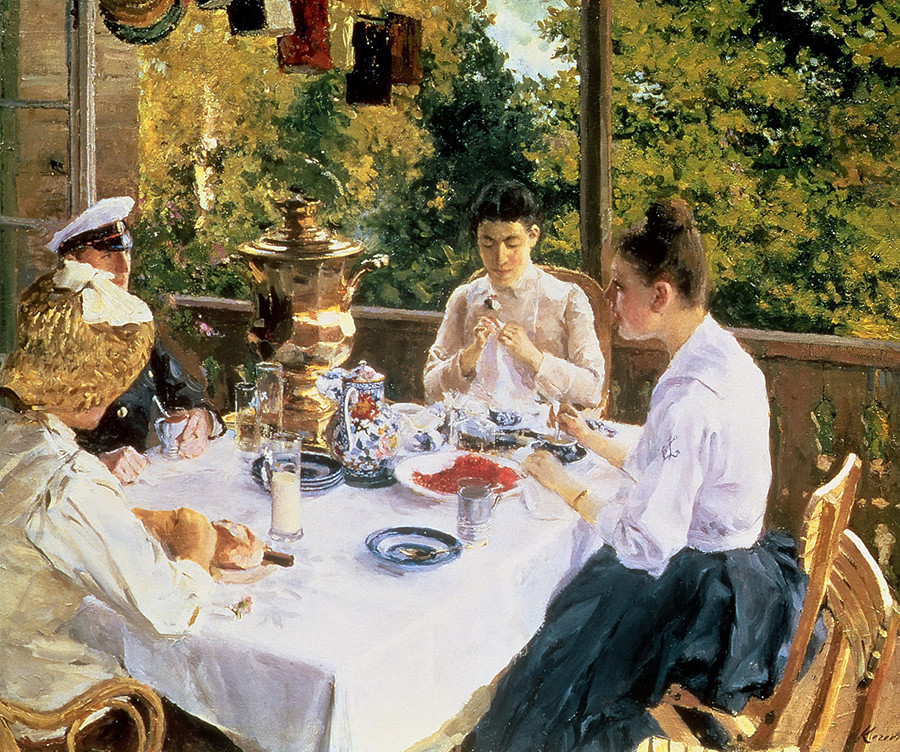 At the Tea-Table by Konstantin Korovin, 1888.

The painter also worked on backdrops and scenery for operas, ballets, and plays, as well as costume designs. But he is best remembered for his paintings. 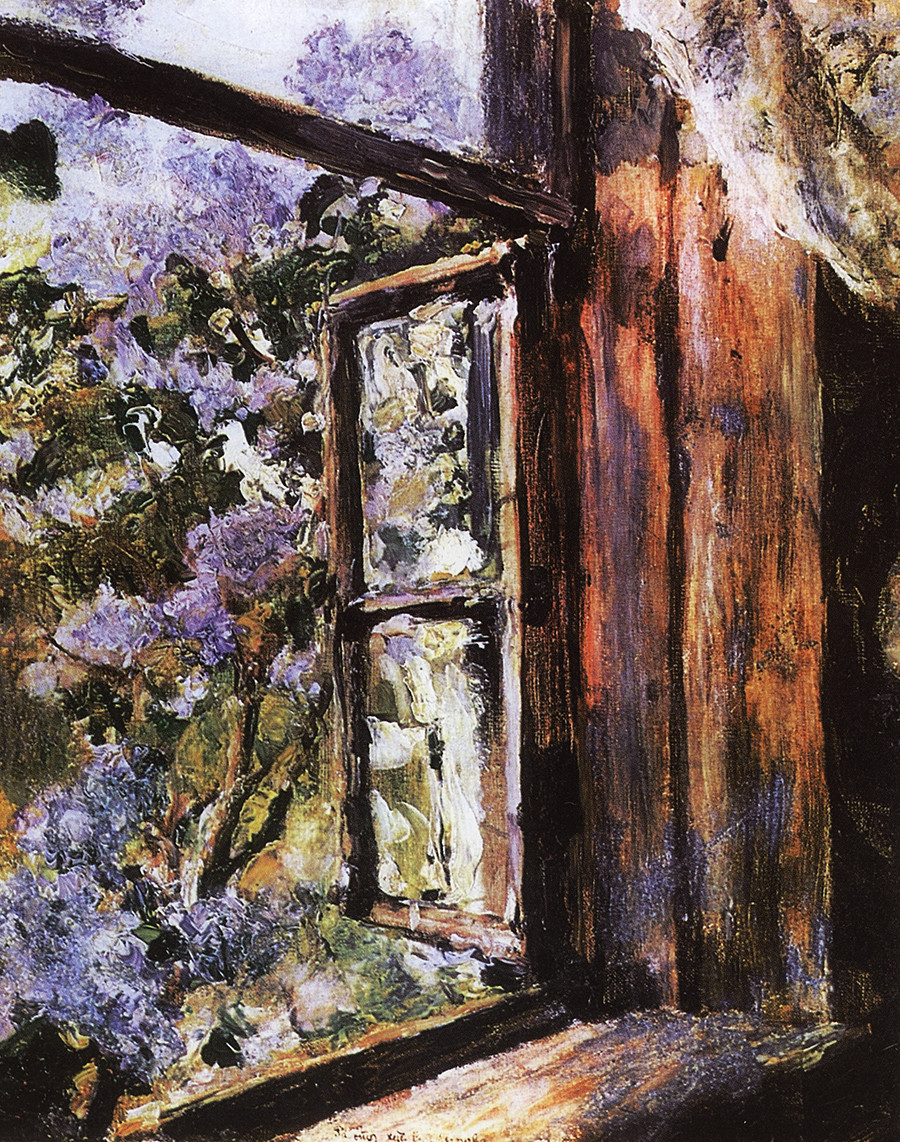 "In the present century they paint only cruelty, nothing gratifying. I desire [with all my heart] that which is joyous, and vow to paint only the joyous,” Serov wrote. Maybe this is why his portraits are always bright, soft, festive, and full of life.

Serov rose to fame after his paintings “The Girl with Peaches” (1887) and “The Girl in Sunlight” (1888) were shown to the public. His portraits are distinguished by his portrayal of the subject’s soul. 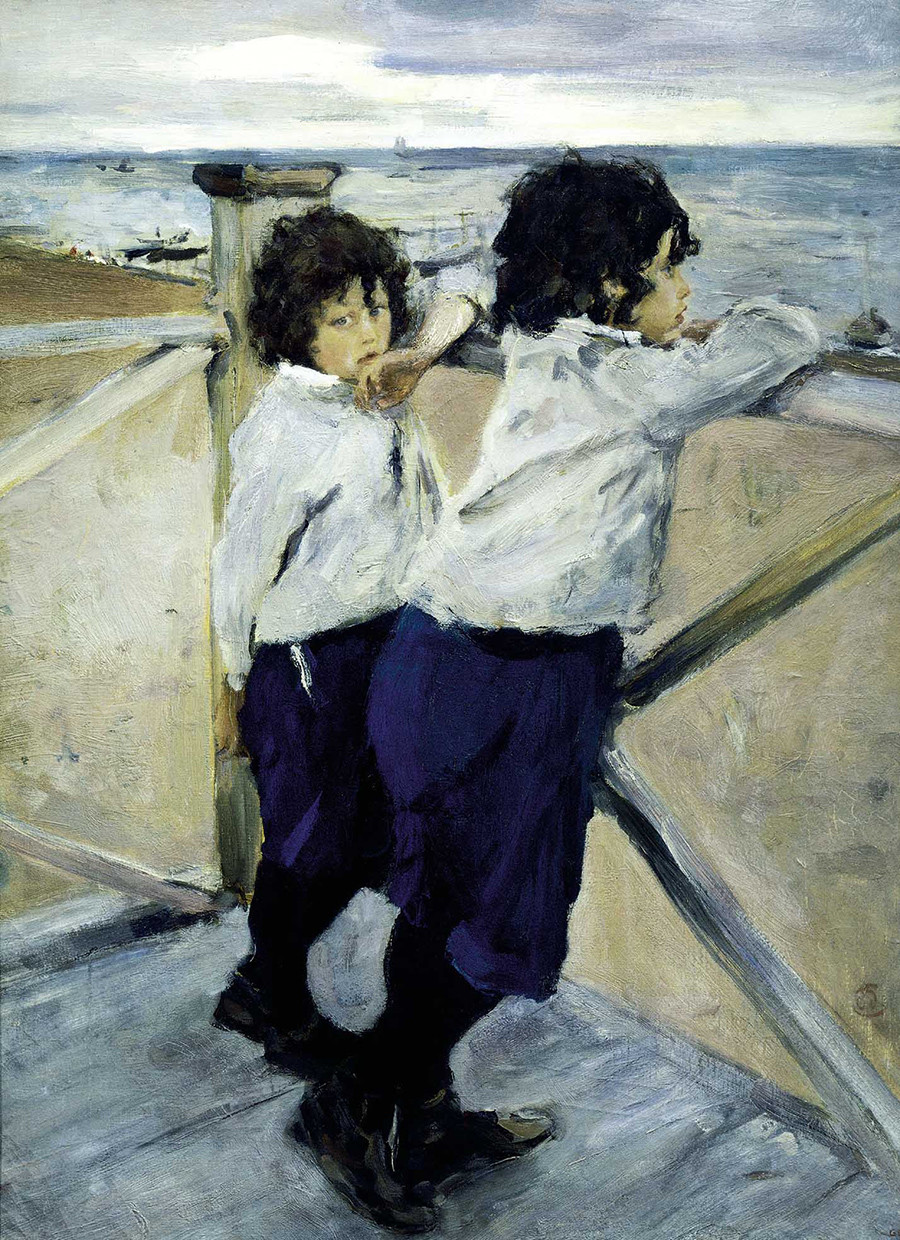 A master of the psychological portrait, Serov was extremely popular in elite circles. He even made some portraits of Romanov family. 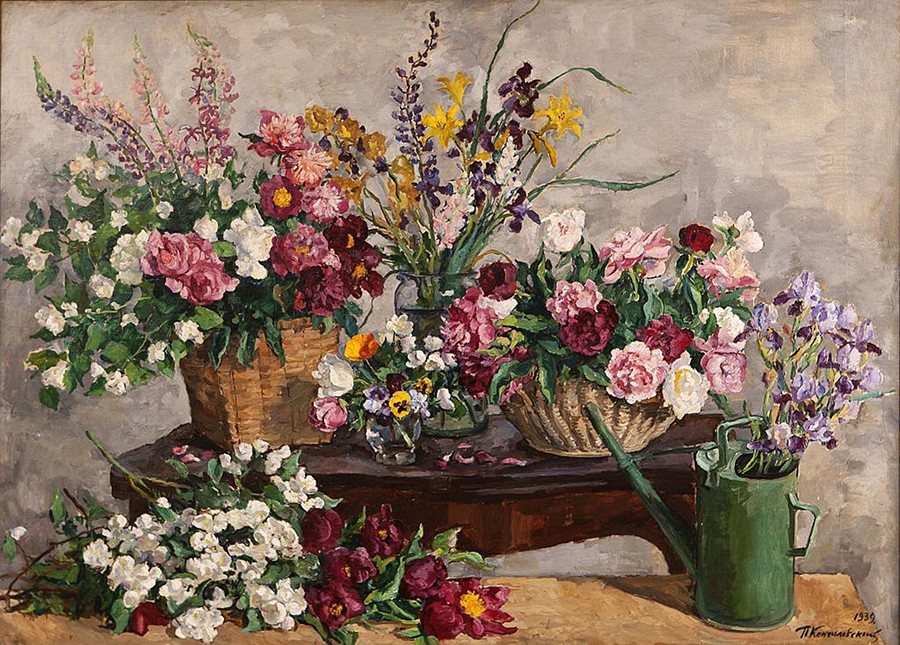 Various flowers (still life with flowers and watering can) by Pyotr Konchalovsky, 1939.

As a passionate fan of Paul Cezanne and an admirer of European culture, Konchalovsky searched for his calling in different art movements like impressionism, post-impressionism and cubism. 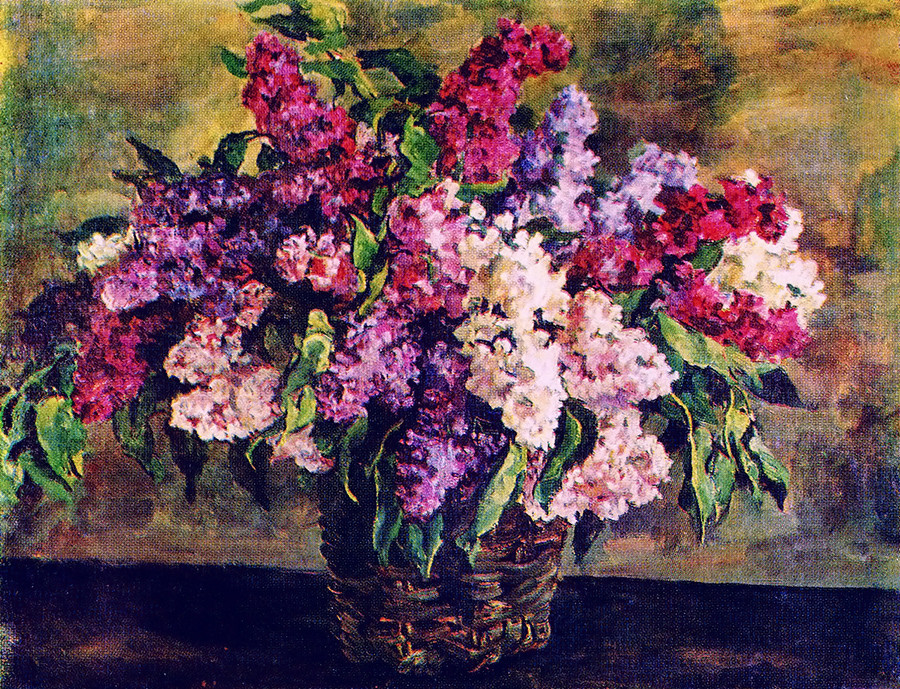 Lilacs in a basket by Pyotr Konchalovsky, 1933.

He was a cheerful person who froze the beauty of nature in his still life paintings of flowers. Like Renoir, the painter believed that "pain passes, and beauty remains,” trying to imprint the positive side of life. 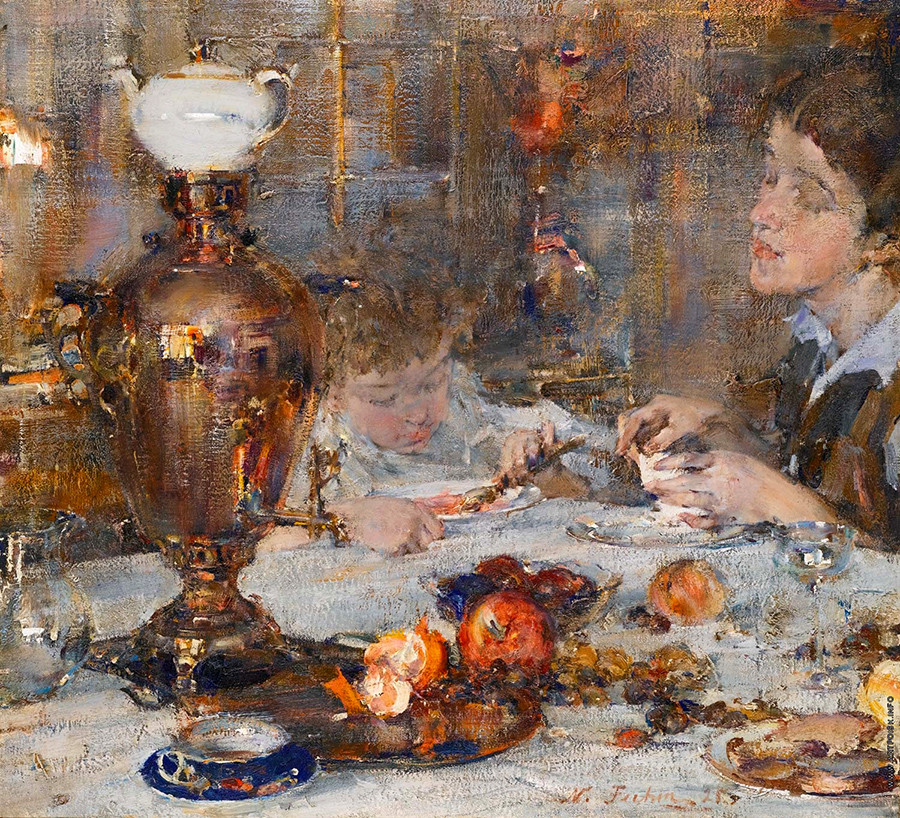 Feshin became a distinguished artist in two countries, his motherland Russia, and the U.S. where he lived for nearly 30 years. In America he was known for his portraits of native Indians and in Russia – for portraying everyday life.

Today his paintings fetch a pretty penny at auctions, exceeding millions of dollars.  Feshin’s work "Little Cowboy" - which was sold for 6.9 million pounds in 2010 - made the artist one of the most expensive painters in Russia. 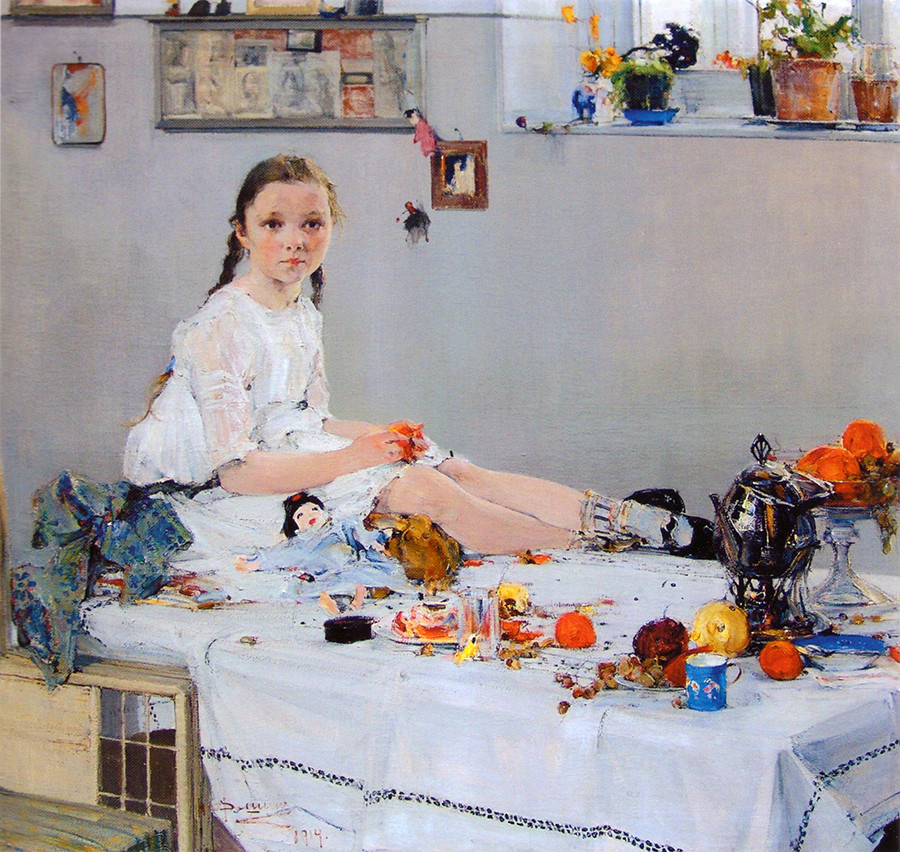 One of his most important works, the portrait of Varya Adoratskaya (1914), is often compared to Serov’s "Girl with Peaches.” 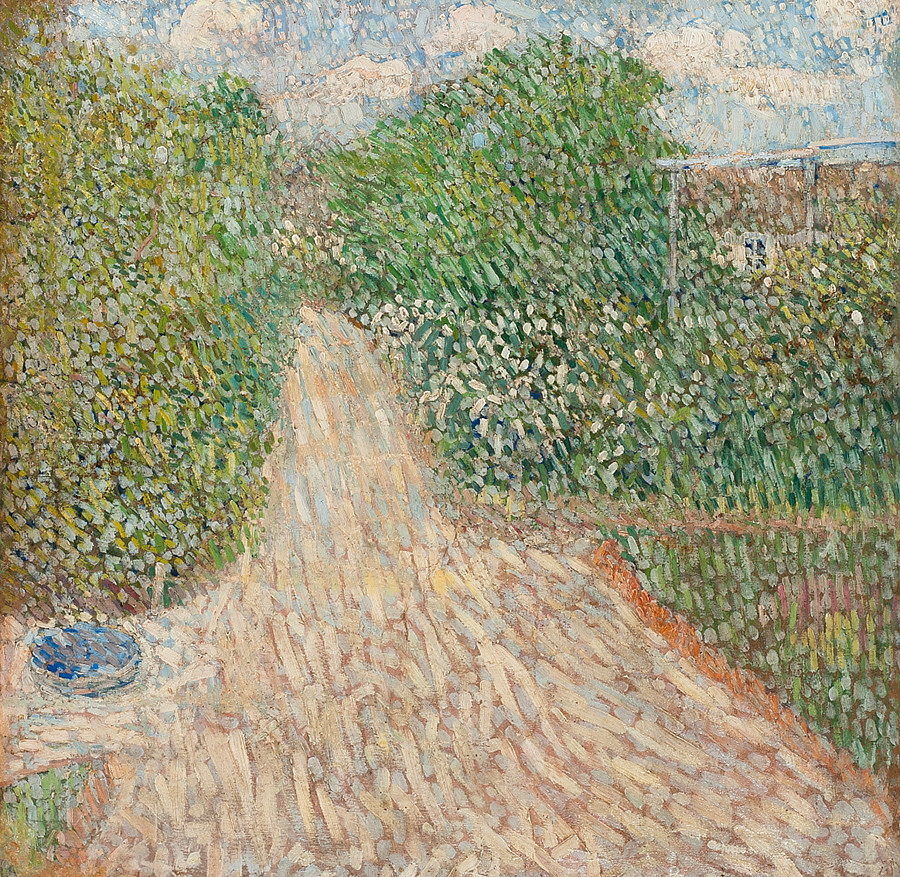 The path in the garden by Vladimir Baranov-Rossine, 1907.

The artist kicked off his career by creating a number of impressionist works, but Baranov-Rossine later pursued orphism and even created so-called polytechnic sculptures composed of organic and inorganic materials.

After graduating from the St. Petersburg Academy of Arts, the painter traveled to Paris and settled in a bohemian district with Marc Chagall and Amedeo Modigliani as his neighbors. His still life impressionist paintings are the most elegant ones. 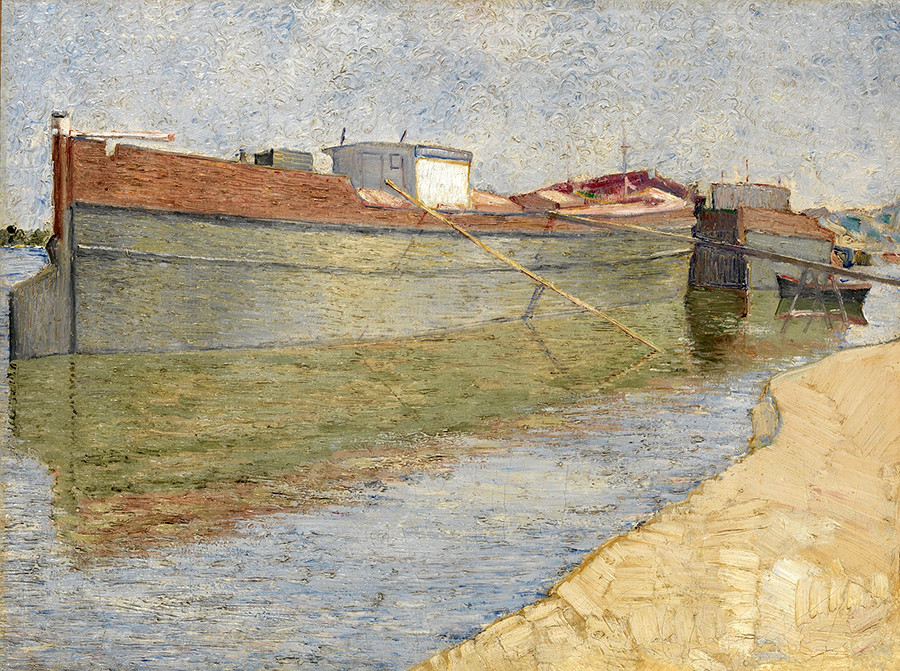 Barges on the Dnieper by Vladimir Baranov-Rossine.