Culture
Yulia Shamporova
Cossack pop art combines pop art techniques with local traditional culture. Have a look at the most original paintings of this genre that will decorate the city of Rostov during the World Cup 2018.

“The 21st century has not yet produced its own art. The Biennale is still there, rooted in the last century. Only street art has stepped from the 1990s into the 21st century: Banksy and his companions with all these themes: body, gender, childhood, interethnic problems,” says Rostov artist Maksim Ilinov, who invented a new art movement: Cossack pop art.

“Don. We will return. Beluga” by Maksim Ilinov

The Cossacks originated from people who settled in the south of the Russian Empire searching for liberty and a democratic way of life. They set up an independent autonomous republic on the territories of present-day southern Russia and the Donbass region of Ukraine from the 16th century until 1918. During the Russian Civil War the majority of Cossacks, who supported the Russian monarchy, either emigrated or were killed. In the 1990s Cossack communities started to be revived in order to preserve their original culture. The Rostov region has a lot of places historically connected to the Don Cossacks.

“The world is electrified. We need to show each other not only weapons, but also cultural wealth… Art has a powerful pacifist potential. We will discuss the most important things and the tension will subside,”  believes Ilinov. Art critics call him the Russian Andy Warhol and the BBC will release a 2-episode film about the artist in June. 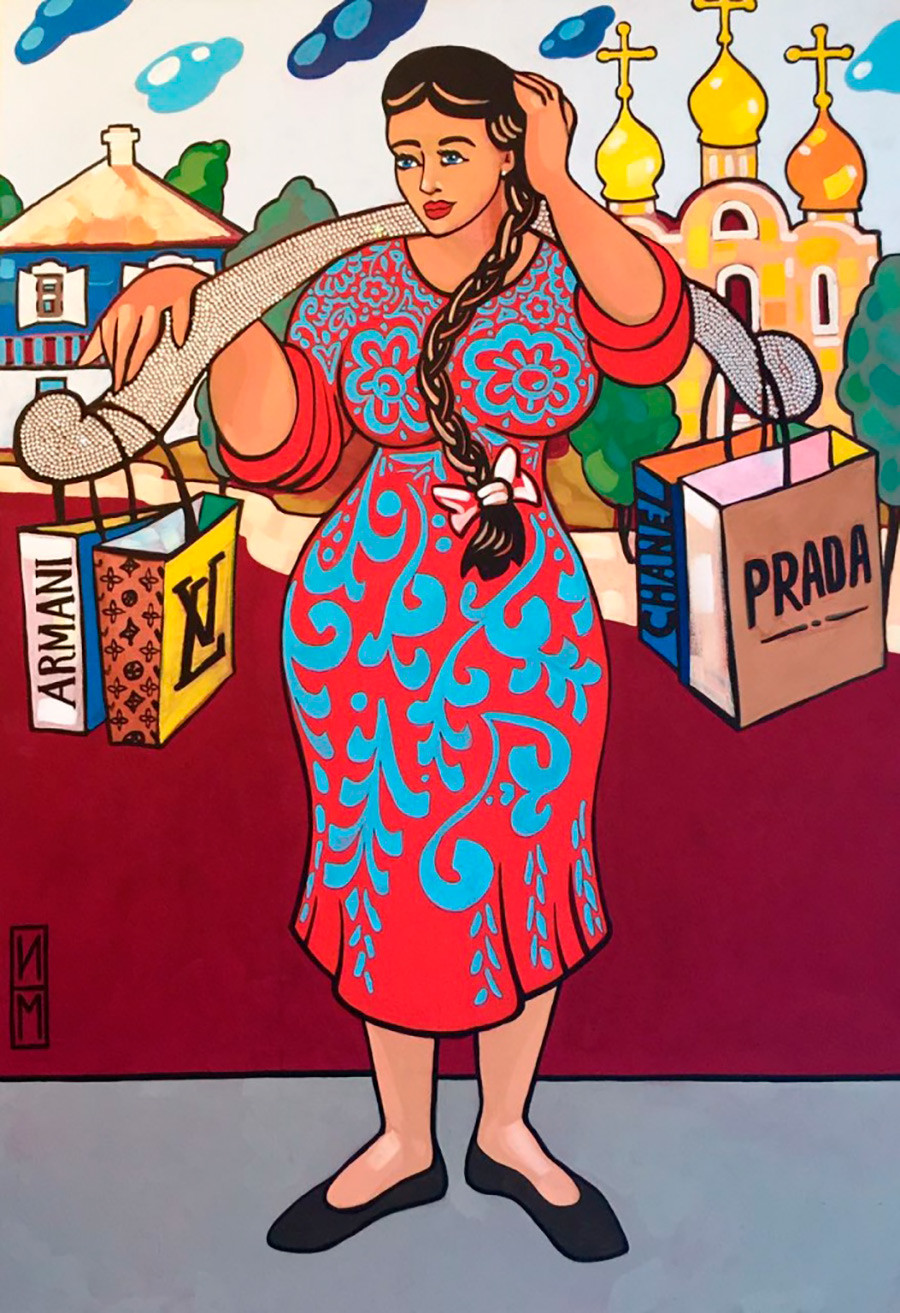 “A woman from a stanitsa (Cossack village)” by Maksim Ilinov

According to Ilinov, Cossack pop art uses the language of classical pop art (font, graphics, color), but stands in opposition to it at the same time. The idea is different — whereas classic pop art is a lot about the idea of coolness and being a superman, Cossack pop art is more about self-irony. It’s coolness without pathos as the Cossacks have a very good sense of humor and self-irony and like to laugh. 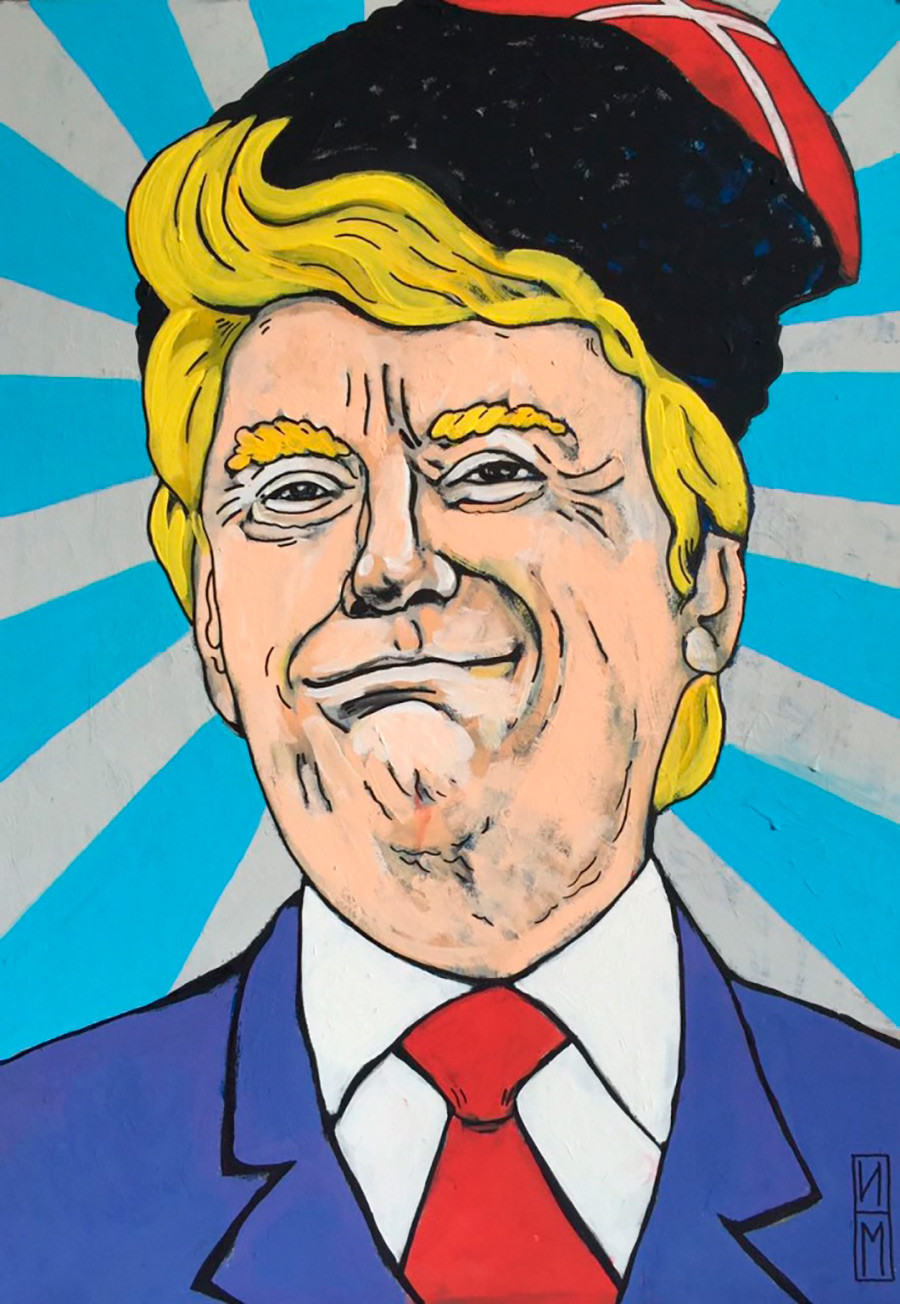 "Russia was lucky with the Don! D. Trump." by Maksim Ilinov

Some of the artist’s works will be used in the design of the World Cup 2018 locations in Rostov, including Platov Airport, the Theater Square fan zone and the Rostov Arena stadium.

Here are some of the most interesting examples of Cossack pop art: 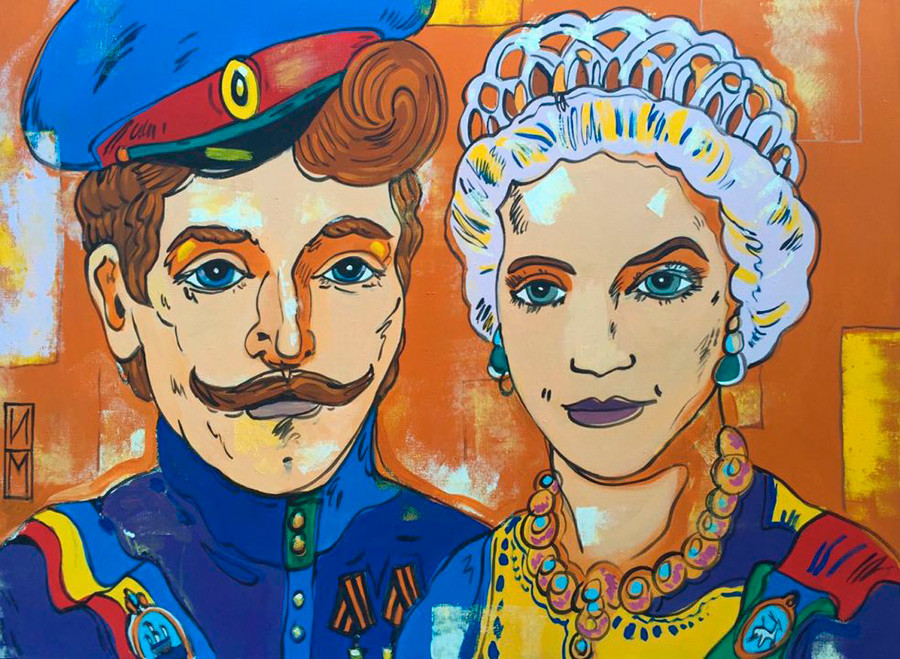 “A dream of a queen” by Maksim Ilinov 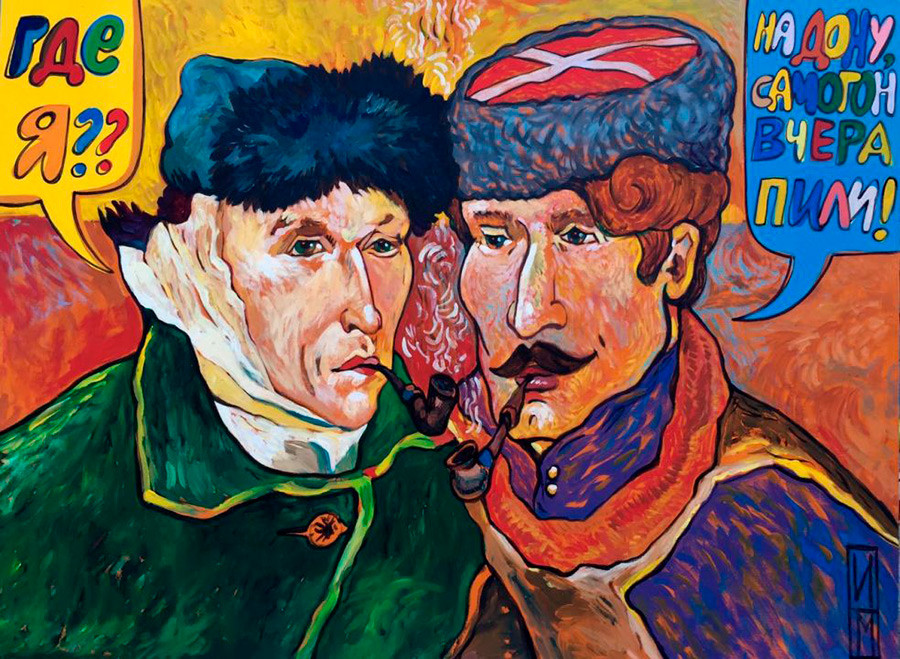 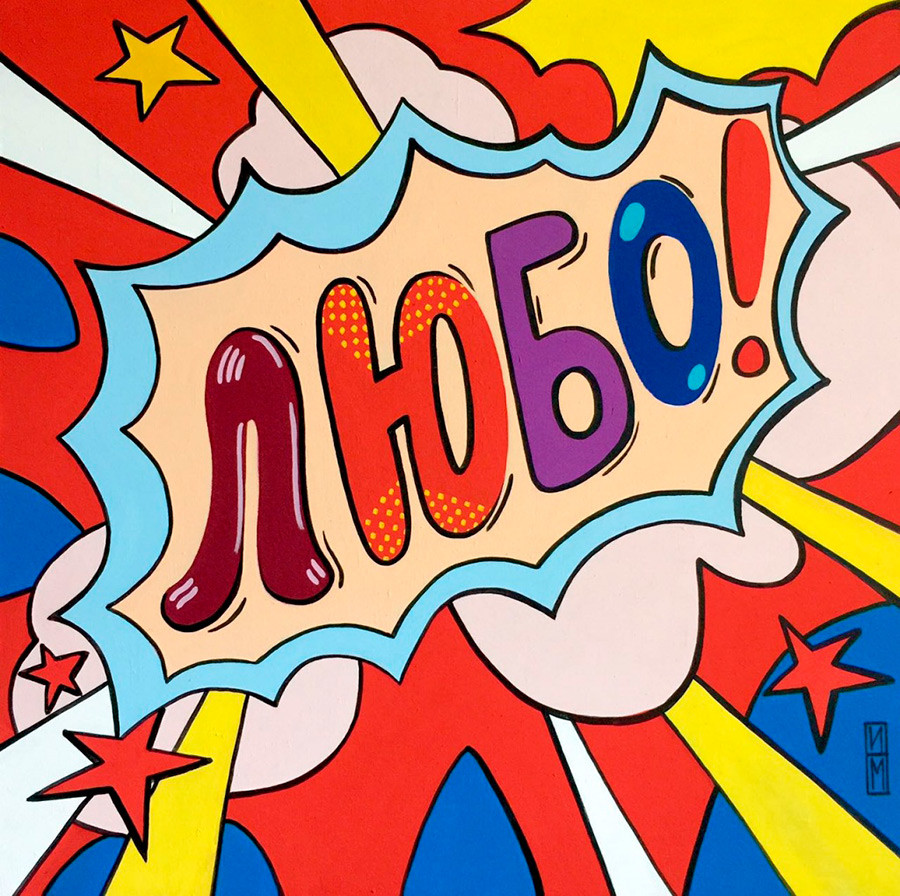 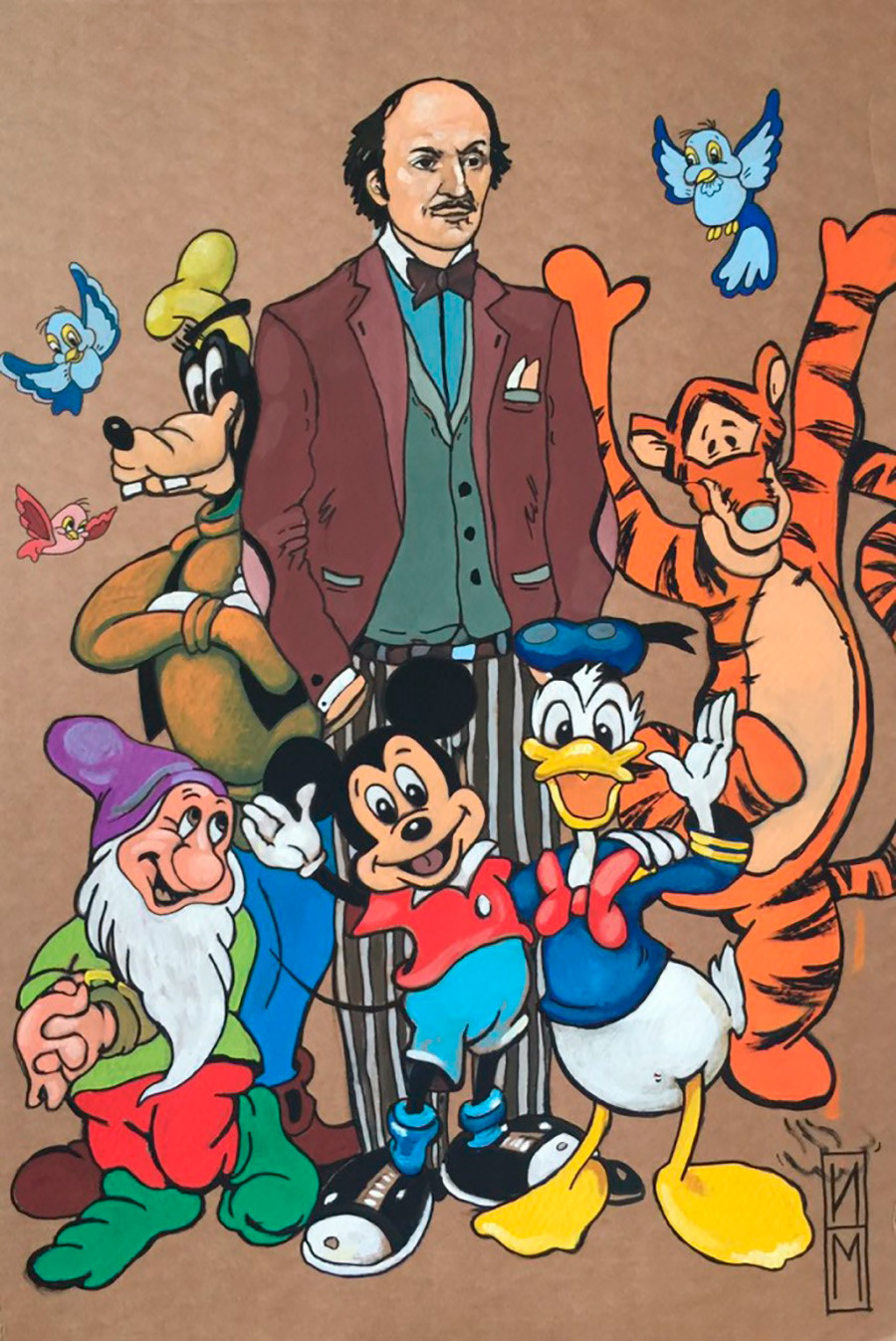 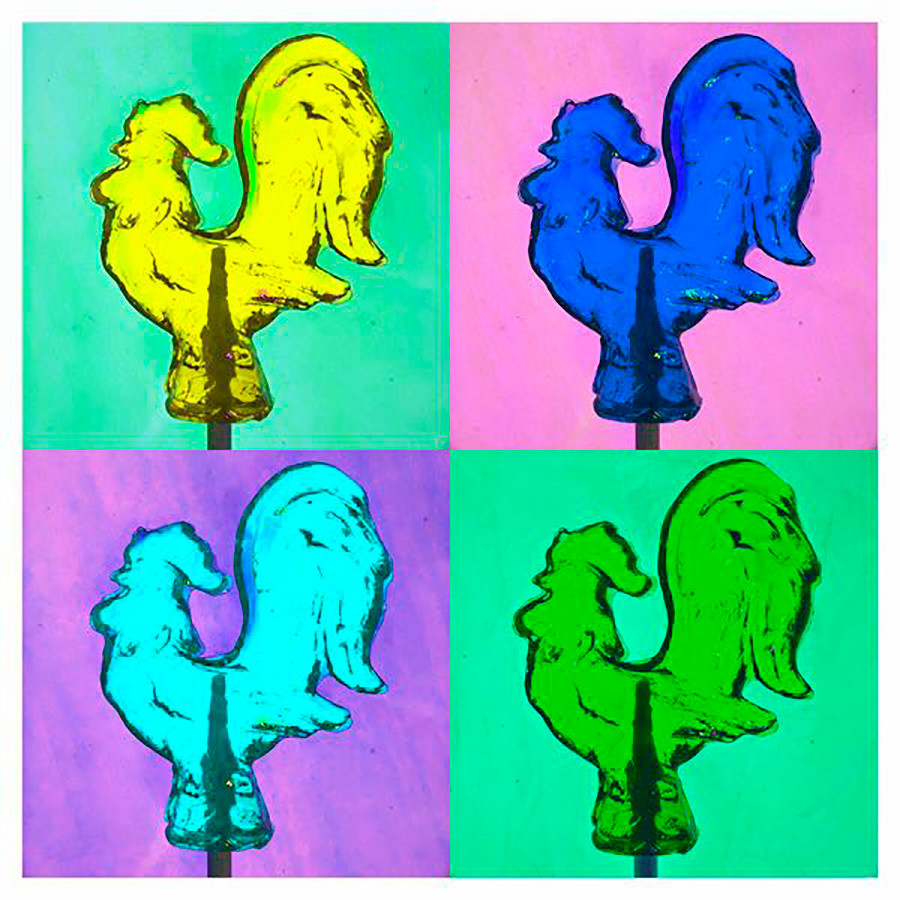 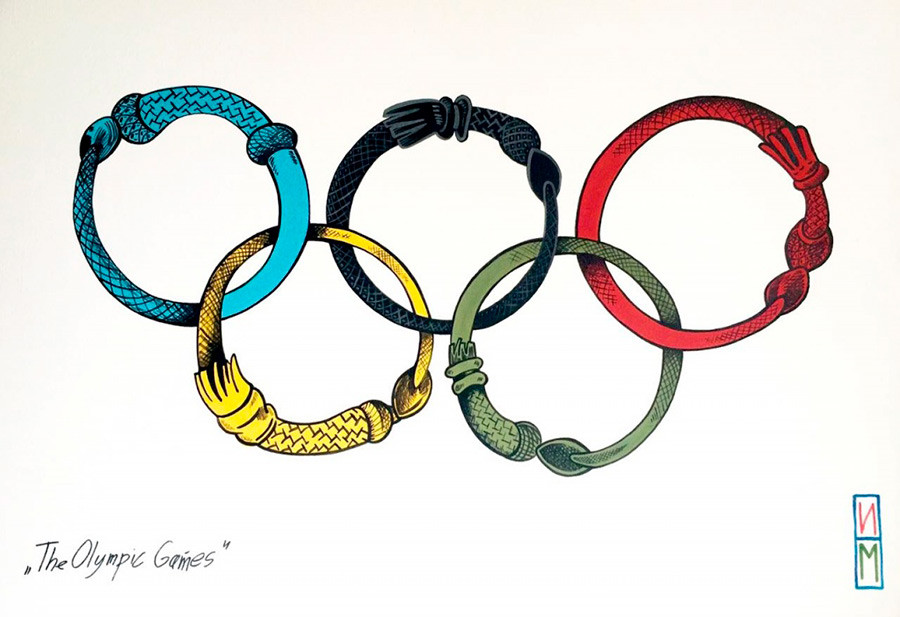 “The Olympic Games” by Maksim Ilinov 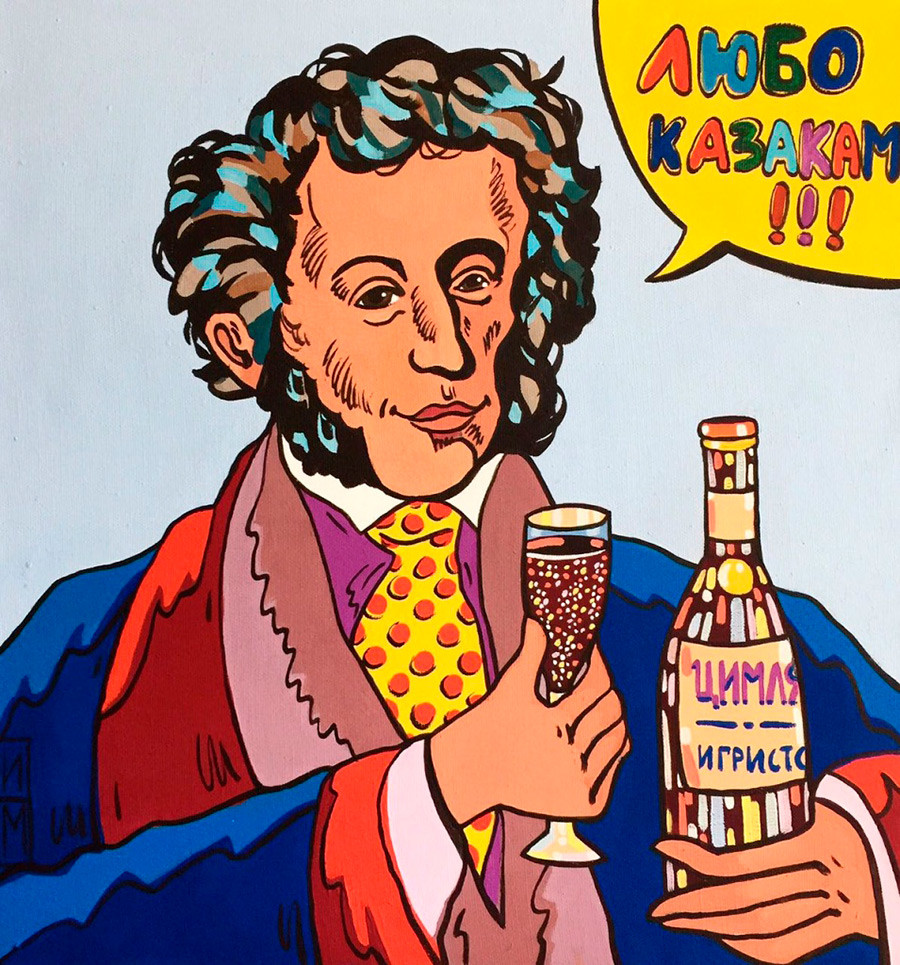