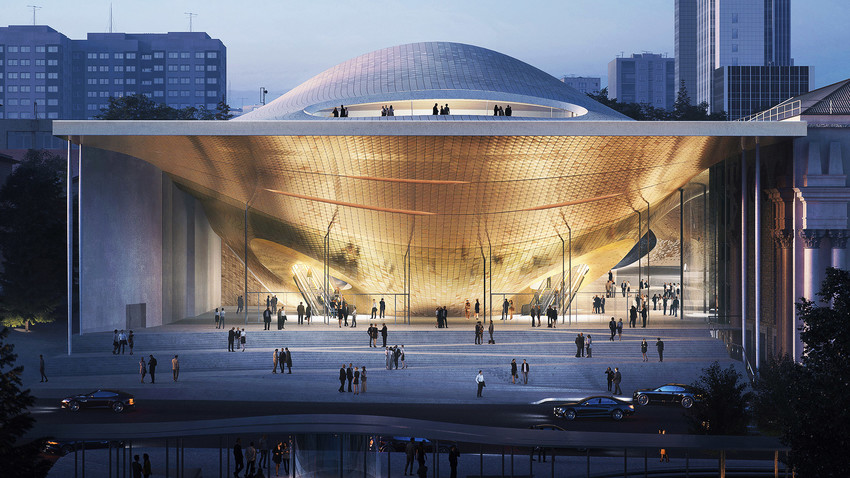 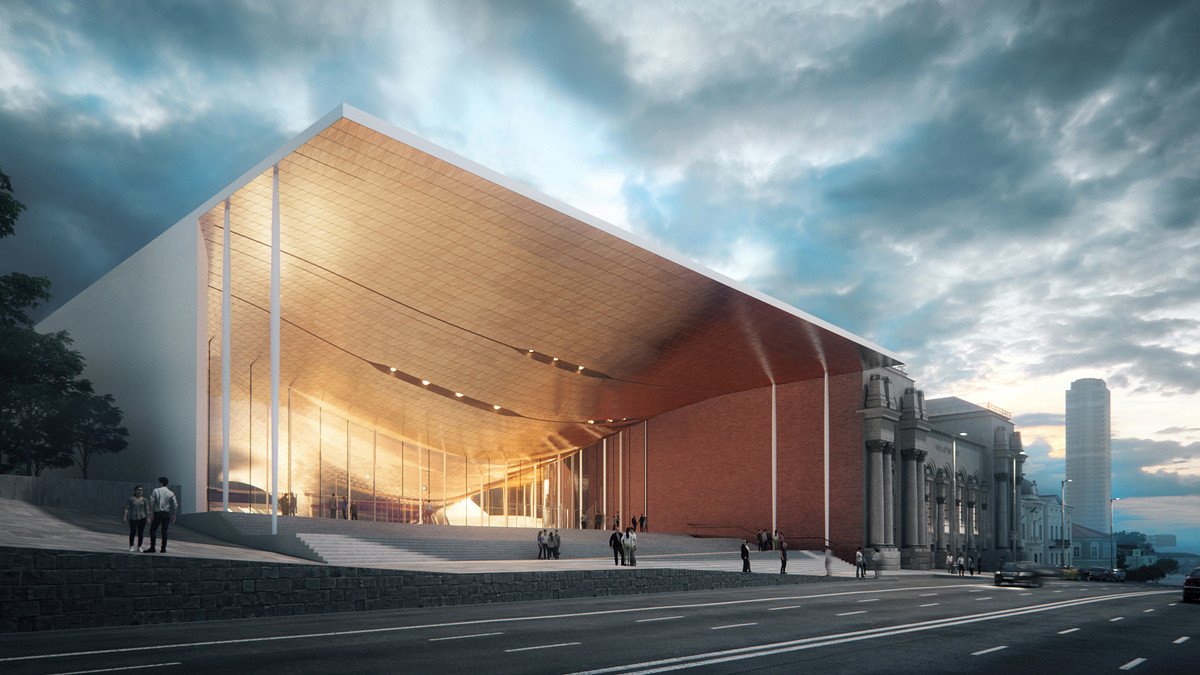 The innovative design by sound waves and will create unique acoustics. The blueprints also include a concert and chamber hall, as well as a functional lobby that will be used for local community gatherings 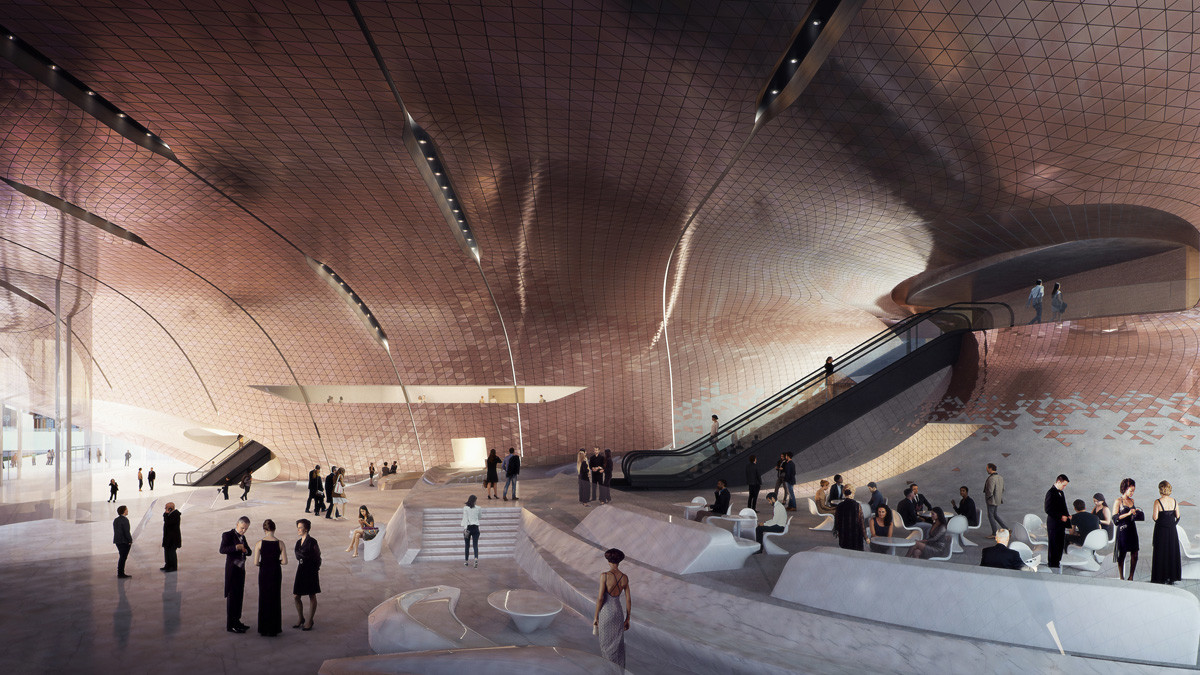 Yekaterinburg Orchestra is one of Russia's most renowned classical music institutions, collaborates with many international musicians, and performs worldwide. Its current hall was built in 1936 but is struggling to accommodate the increasing number of visitors 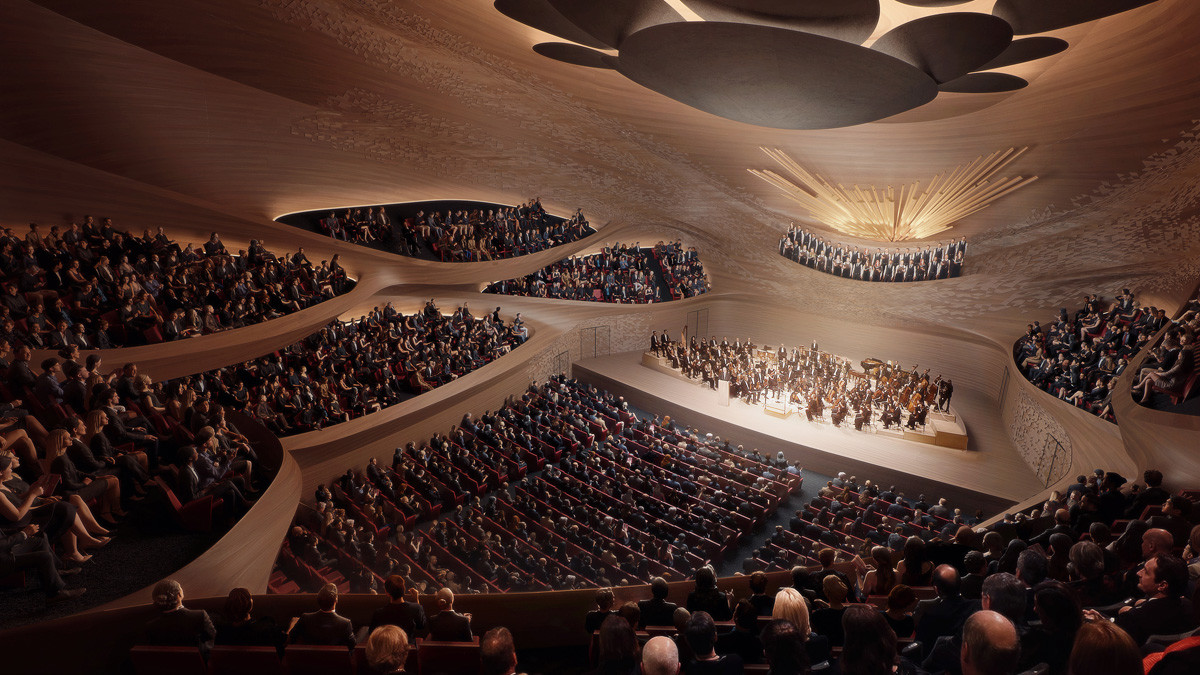 to an official statement by the bureau, the existing concert hall will be preserved as "an integral element of the new world-class facility that will be one of the focal points of the city's cultural life." 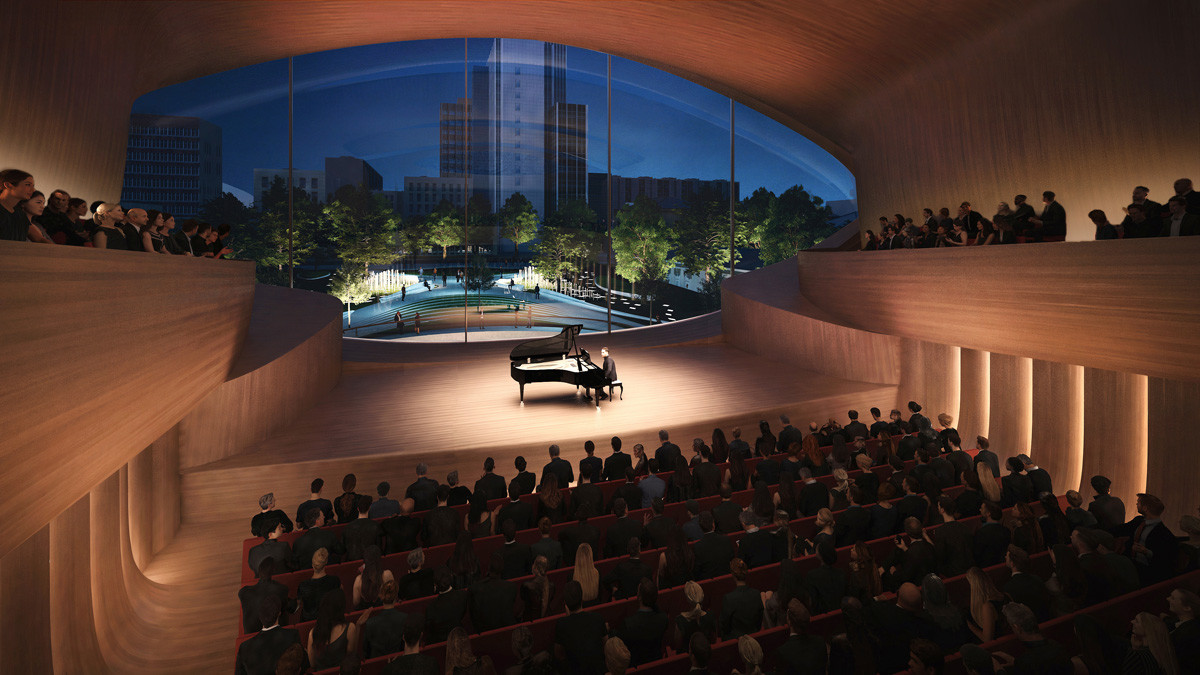 The new building will be located next to one of the city's charming parks, Weiner Gardens, not far from the beautiful Church of All Saints, built on the spot where the last emperor of Russia and his family were murdered 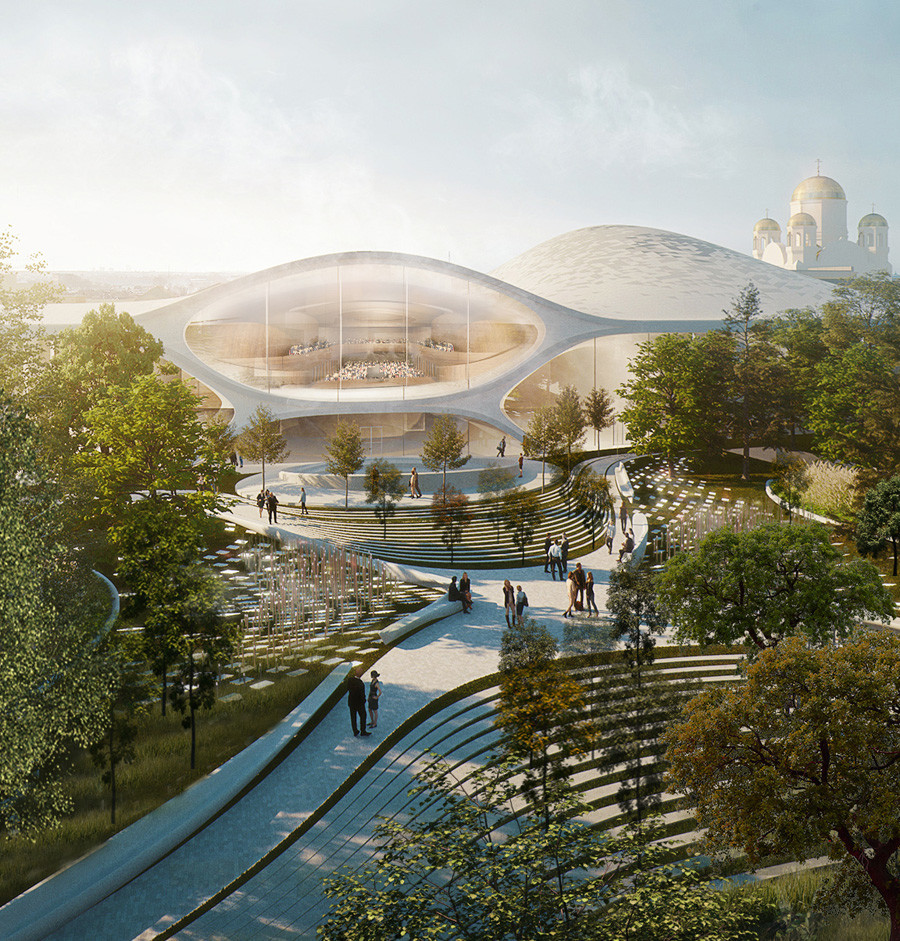 the modern design, the architects say it will complement the surrounding historical buildings. 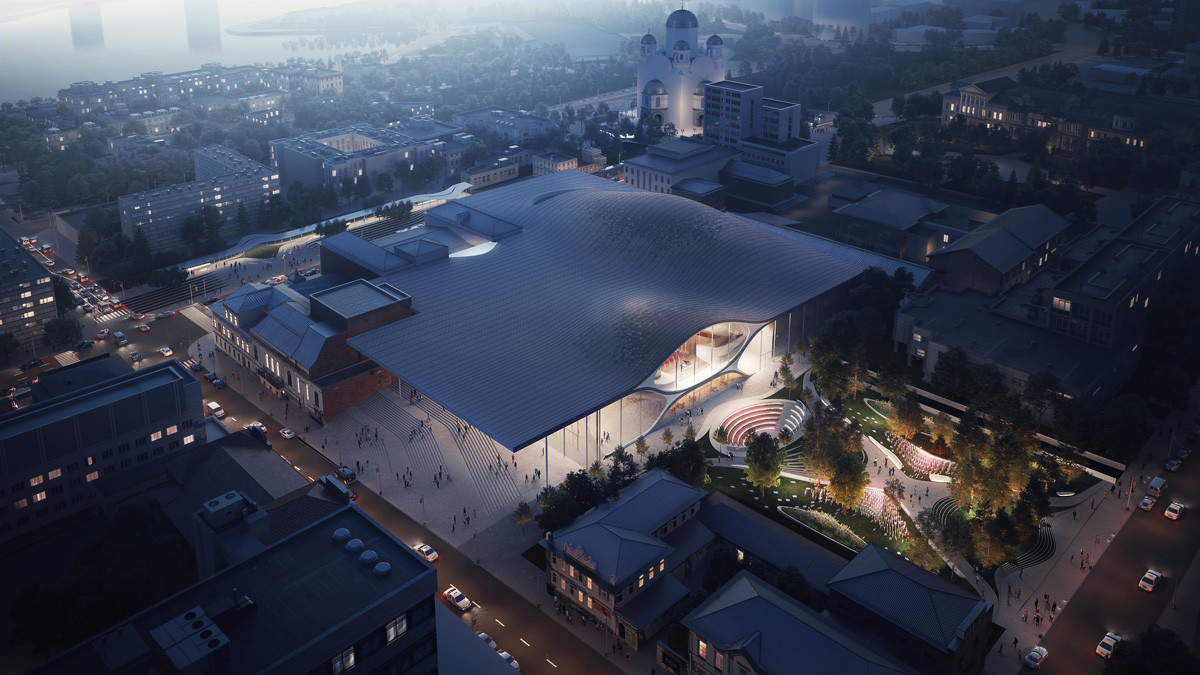 Zaha Hadid has already worked in Russia: her company built the Dominion Tower office building and a private house for Russian businessman Vladislav Doronin in Moscow. Among the bureau’s other Russian plans is the construction of a tourist and recreational cluster on the Black Sea coast in the city of Novorossiysk.

Read more: 10 things you should experience in the Urals