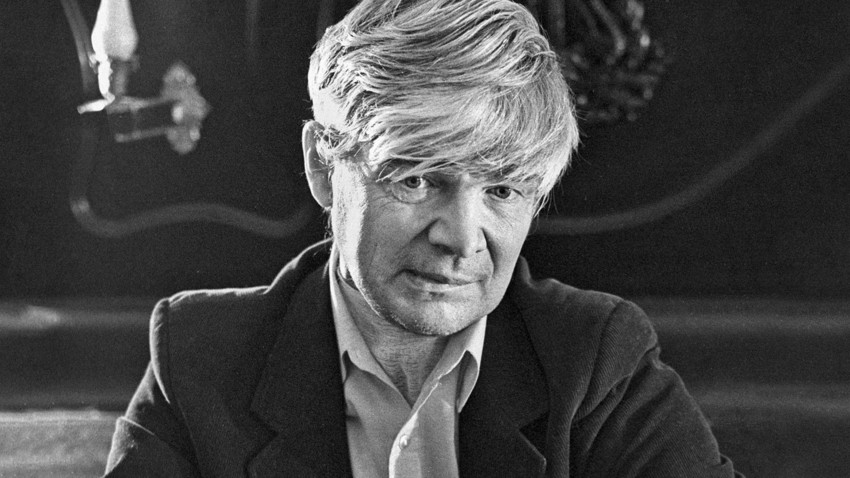 Anatoly Morkovkin/TASS
Not all of these are necessary to follow, but each is worth pondering.

Some might argue that Venedikt Yerofeyev (1938 – 1990), who was an outcast and a dissident and died of throat cancer at the early age of 51, is hardly a role model. Yerofeyev himself, always ready for self-effacement, couldn’t agree more. But let’s get real – can you name a single great author without a dark side?

Famous primarily for his “poem-in-prose” - Moscow to The End of The Line - Yerofeyev also left reams of notes that were humorous and paradoxical, but deeply sad at the same time. We looked through them and deliver the best advice and wisdom from this Soviet underground writer. 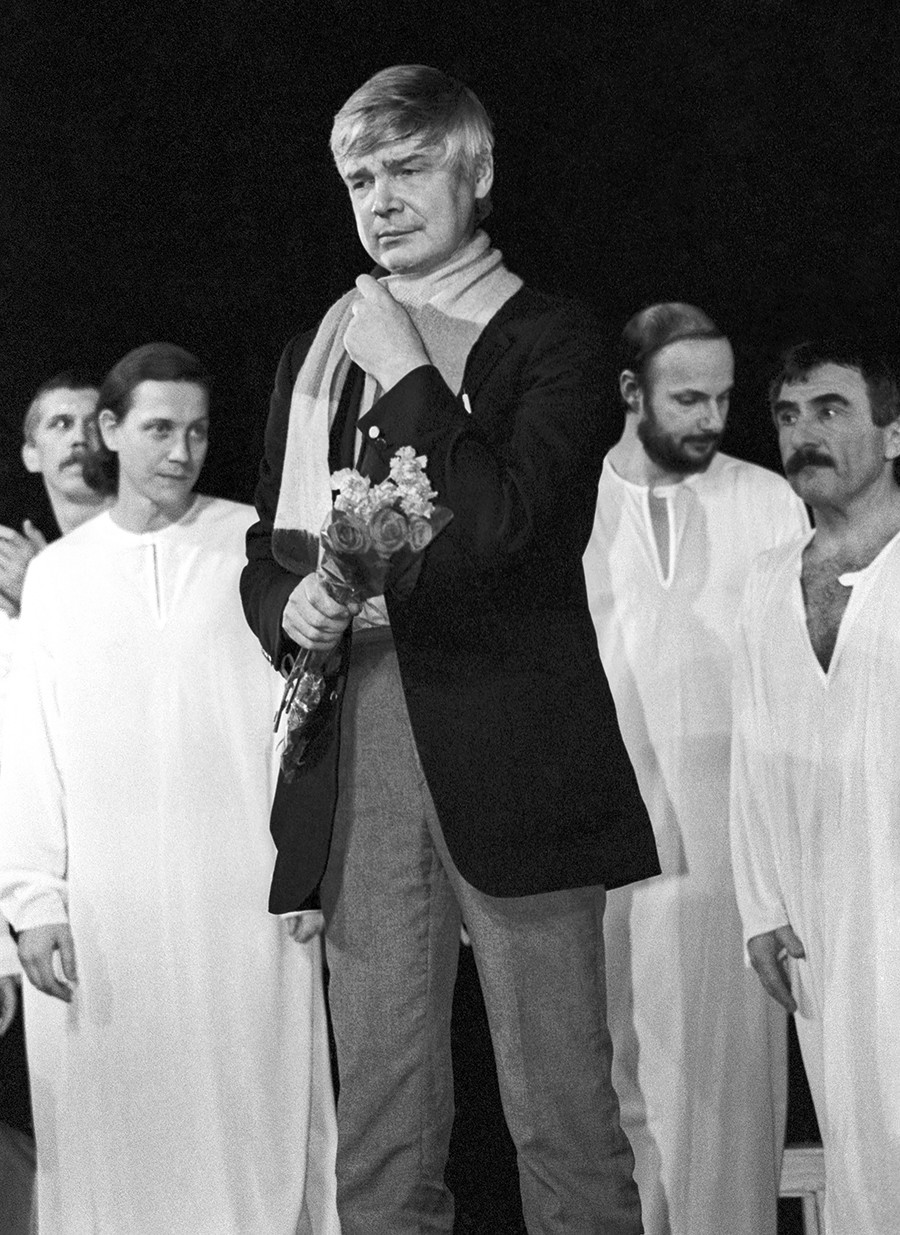 “Everything should take place slowly and incorrectly so that man doesn’t get a chance to start feeling proud; so that man is sad and perplexed,” is a phrase you meet in the first page of Moscow to The End of The Line.

This sounds funnier in context: a lyrical hero, (based on Venedikt Yerofeyev), wakes up with a terrible hangover and slowly goes to the shop to buy some liquor. That’s what Yerofeyev is about: mixing the sacred and the profane, alcoholic dreams with philosophical, biblical wisdom.

Anyway, this quotation really explains many, many things in this world.

2. To hell with a career 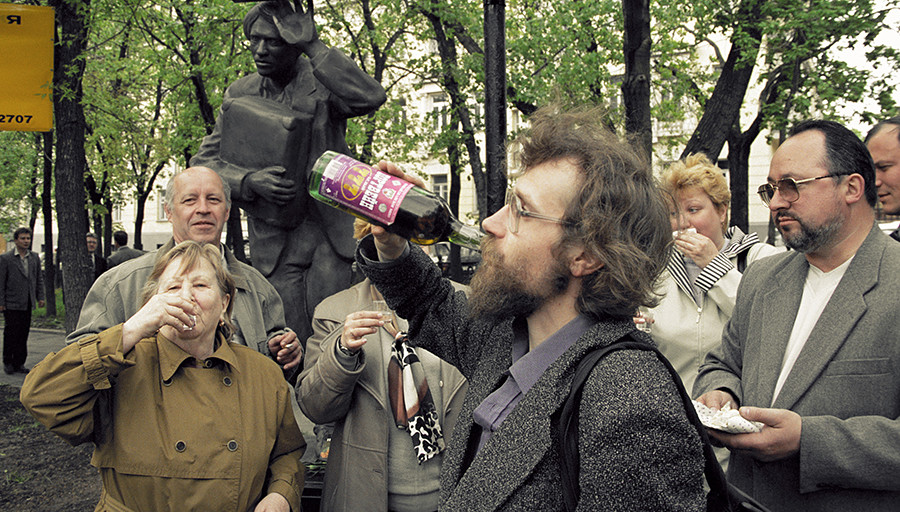 Sometimes Yerofeyev's admirers meet near his monument in the center of Moscow - and, of course, drink.

For a while, Yerofeyev (the poem’s hero) worked as a foreman in a brigade of four workers, but he was fired because they did nothing but drink, just like many others did in order to escape senseless labor.

Here’s how Yerofeyev describes his feelings after being sacked: “I’ll remain below, and from below I spit on their social ladder. Right, spit on every rung of it. In order to climb it, it’s necessary to be forged steel-assed from head to toe. And this I’m not.”

Perhaps your boss wouldn’t like that one – so be careful. Or just read him/her some Yerofeyev, and go get drunk together.

“Every item you see must be able to become a theme for you,” Yerofeyev wrote in his notes published under the title A Useless Fossil. He followed this pattern: everything from the New Testament to the Russian classics, and all the way to the bureaucratic Soviet newspapers and obscene language of the streets was inspirational to him. Moscow to The End of The Line mixes styles in an unpredictable way.

The other Yerofeyev quotation on the sacred art of writing goes like this: “One should write as bad as possible. So that it would be disgusting to read.” This one is ironic, but some people detest Yerofeyev for his ‘alcoholic’ prose. 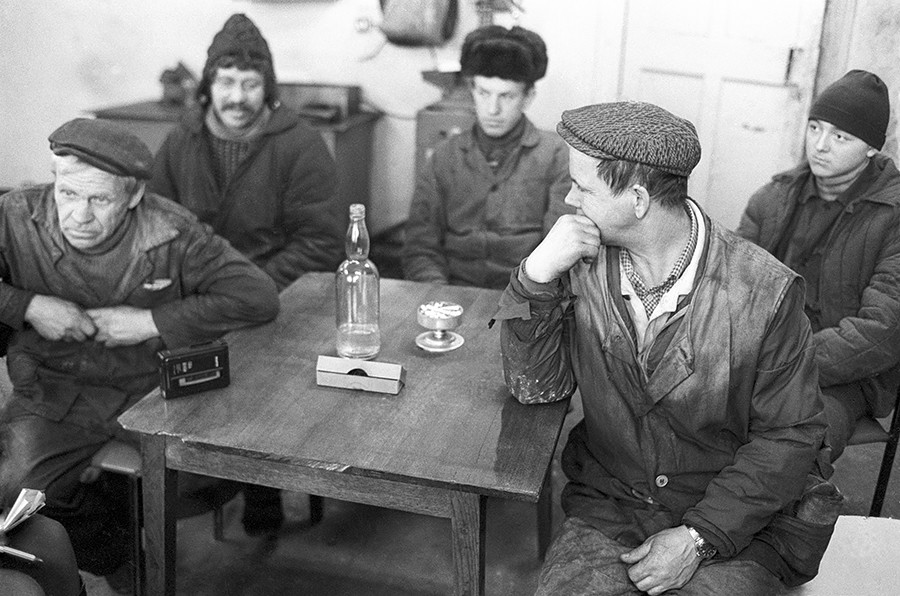 Reality around Yerofeyev wasn't so inspirational, so many had to seek consolation at the bottom of a vodka bottle.

Yerofeyev rose and fell many times. A guy from a small town above the Arctic Circle, he enrolled in Moscow State University after being awarded a gold medal at middle school – but then he was expelled for laziness and doing nothing. “I was lying in my bed in the morning deciding whether I should go to a lecture… then thought: “F*** it” and didn’t go anywhere,” he described his feelings.

After that, he took one low-level job after another, just to earn his bread, and was indifferent to success (see № 2 on the list). Yerofeyev’s notes prove he didn’t care whatsoever and was obsessed with art only: “One should lead the life of a star. Sometimes shining, sometimes falling.”

As for the critics, he wrote: “Why should I be nice? Even our new Soviet constitution has no such article – to be nice.”

5. Stay optimistic despite everything

An outcast in Soviet society, Yerofeyev expressed sadness but never despair. In his early diary, Notes of a Psychopath, he wrote: “I never thought of myself as a ‘lost’ man. That would be too boring and old.”

In Moscow to The End of The Line, his lyrical hero, despite pitying his life, at one point says: “Living is not at all boring… If we’ve already lived through thirty years, it’s necessary to try to live through another thirty. ‘Man is mortal.’ That’s my opinion. But… ‘Life is beautiful’ – that’s also my opinion.”

This article was written based on Venedikt Yerofeyev’s works and interviews.