You’ll never guess what Soviet alcoholics were prepared to drink 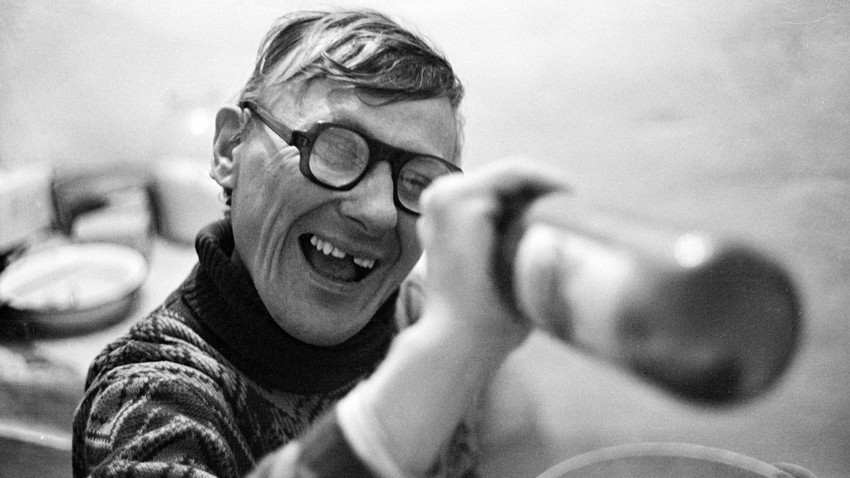 Aleksandr Schemlyaev/Global Look Press
Ever tried extracting booze from glue, eau de cologne, or shoe polish? Hopefully, the answer is no. But people desperate to get hammered when they couldn’t buy beer, wine, or vodka during the late USSR did. Warning: Don’t try the following at home.

Russian author Venedikt Yerofeev once described a drink in his hilarious poem in prose Moscow to the End of the Line (1970): “I present to you the cocktail ‘Bitches’ Brew,’ a beverage that overshadows all others.” It contained 100 g of beer and a few other ingredients: Shampoo, dandruff treatment, “BF” glue, and insecticide.

“After only two goblets of this cocktail, a person would become so inspired that it is possible to go up to him for half an hour, standing one and a half meters away, spitting in his fat face without him saying a thing,” Yerofeev wrote.

Taking into consideration the ironic style of the poem, it’s unclear whether the author ever sampled such a tipple but the recipe is not as far from reality as it sounds. At least, its ingredients were well-known by Soviet alcoholics. 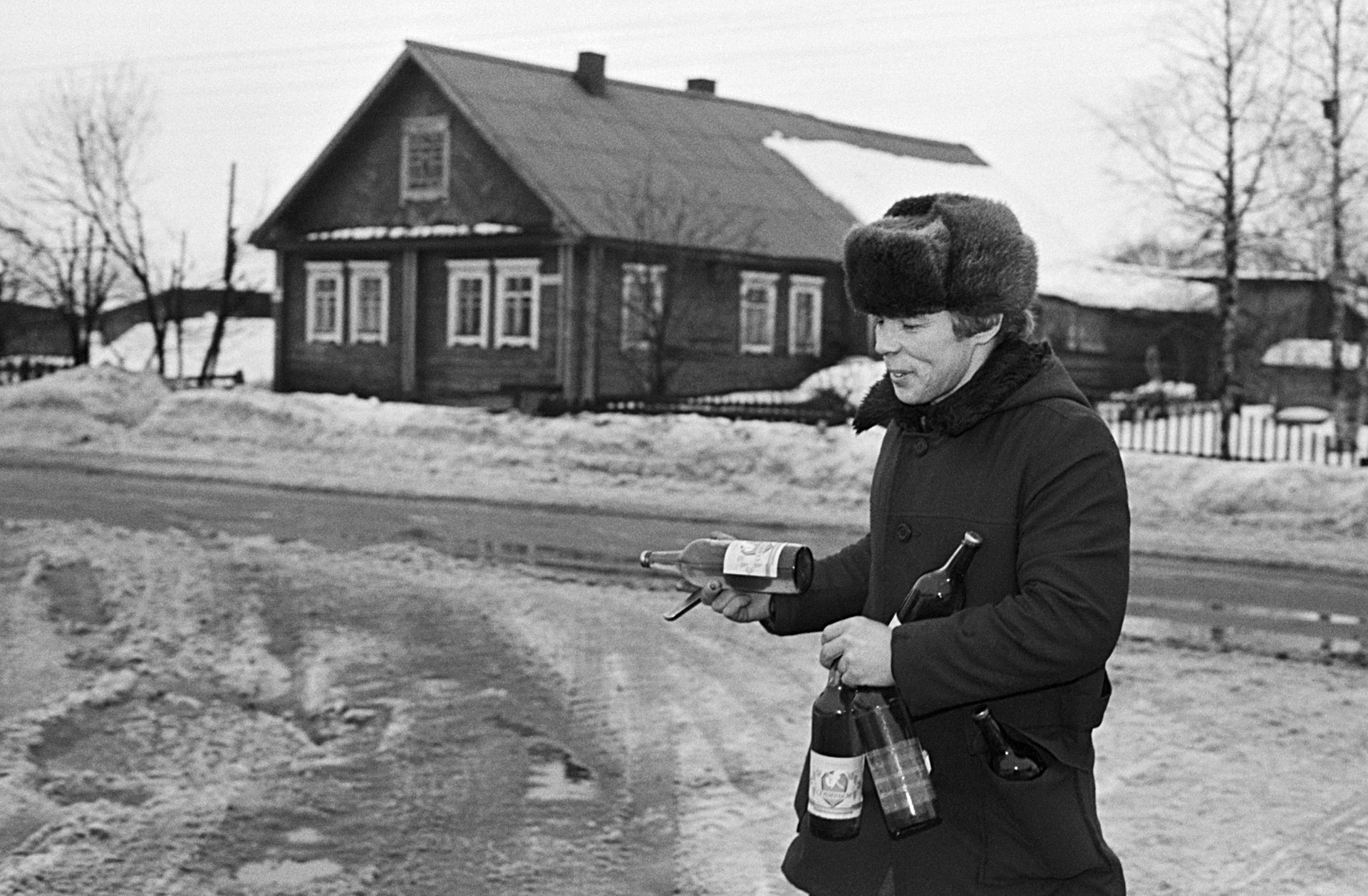 A local holding bottles in a Soviet village, 1990.

Normally, Soviet people didn’t drink anything like the above. They chose beer, Caucasian and Crimean wines, and of course, vodka. Those who preferred glue or eau de cologne were usually pariahs without the means to afford normal alcohol.

The general situation with alcoholism, however, was dire: By 1984, alcohol consumption reached, according to Doctor Alexander Nemtsov (an expert on alcoholic mortality) 14 liters of pure alcohol per capita a year. “Considering the fact that most drinkers were male, it means that one man drank around 180 bottles of vodka a year or around one bottle every two days.”

The authorities sounded the alarm as the country’s mortality rate was growing. In 1985, Mikhail Gorbachev (he led the USSR from 1985 to 1991) launched his anti-alcohol campaign. The state reduced production and raised prices, advocating sobriety everywhere. To a great it worked: The level of mortality fell. But alcoholics always find a way to get their hands on booze. 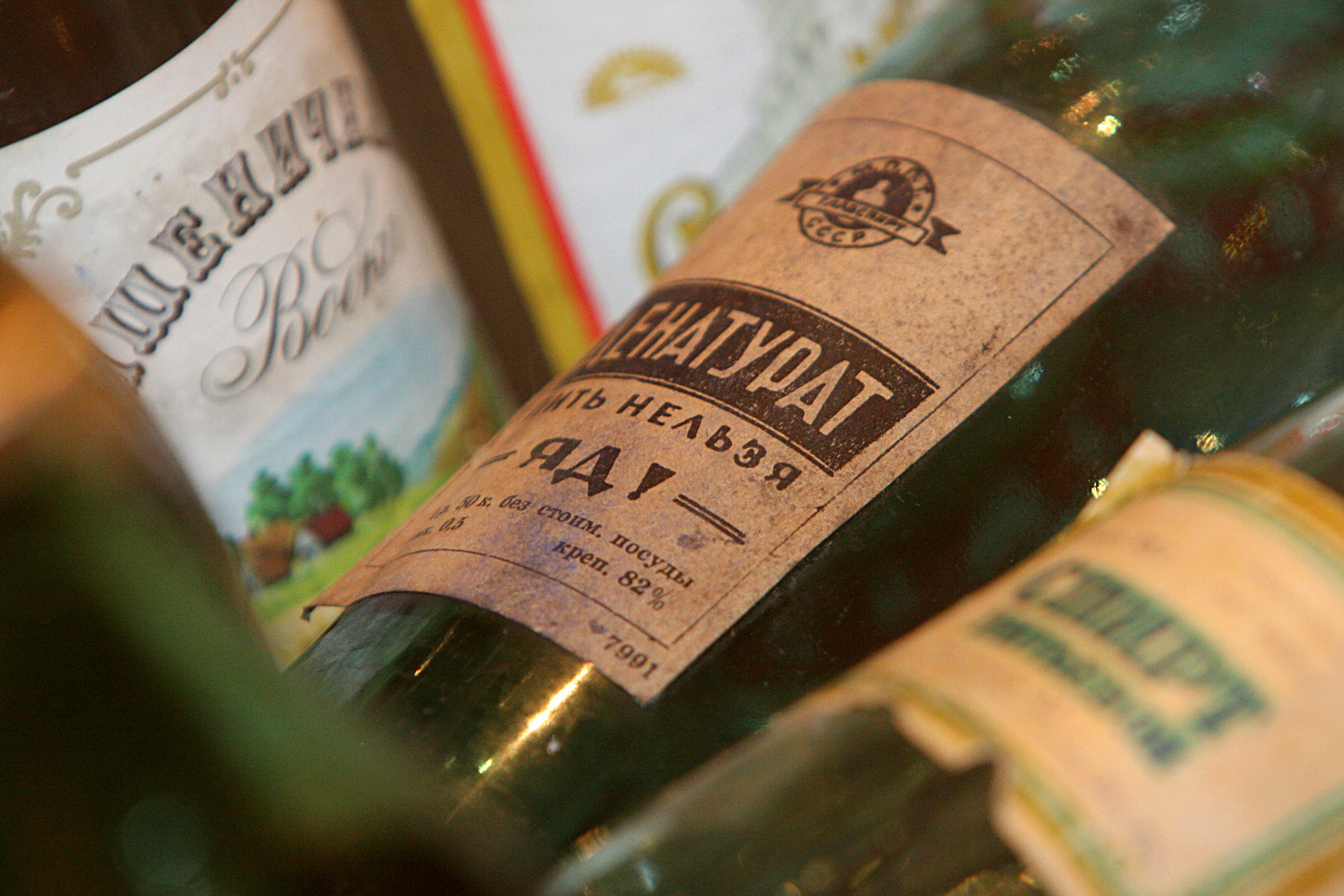 A bottle of technical (methylated) spirit. The sign says: "Don't drink, POISON!" Unfortunately, it didn't stop all the boozers.

internet users still share the stories of unspeakable substances that alcoholics once consumed. “They drank methylated spirits, eau de cologne, different lotions. As if that’s not enough, everyone became a chemistry master and they somehow managed to create spirits from car brake fluid, ‘BF’ glue, polish, tooth-powder, and so on,” Vladimir Bukovsky, a dissident who fled the USSR to the U.S., wrote in his memoirs To Build a Castle.

Technically, the job of getting alcohol from such substances was hard. For instance, those trying to extract it from brake fluid “froze it out.” In winter, they took a hollow metal pole, left it in the cold for a night, and then poured brake fluid through it – believing that all the additives would freeze to the rail with only spirits left. This wasn’t an exact science. 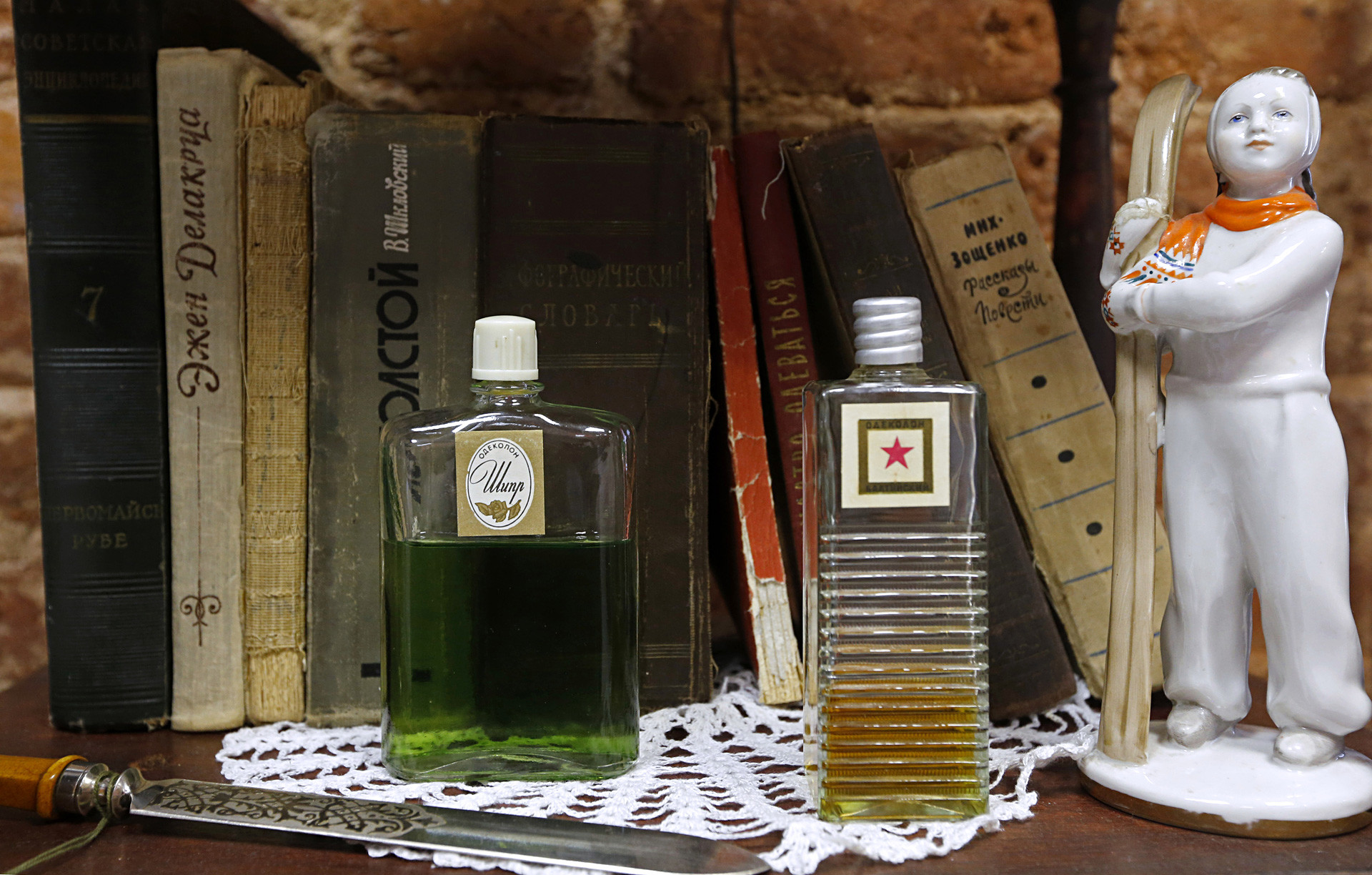 Chypre eau de cologne. Quite a good perfume by Soviet standards but still a terrible thing to drink.

If “working” with “BF” glue, these “chemistry masters” had to separate spirits from the adhesive substance (resin) so they poured “BF” (known as “Boris Fedorovich”) into a bowl, put a drill with a wooden stick on it and turn the on slowly. The idea was that the denser resin would be left on the stick, leaving spirits in the bowl. Mmmmm...

It comes as no surprise that these boozehounds were seriously damaging their health. Partial or total blindness caused by drinking industrial rectified spirit was not uncommon, not to mention diseases such as pancreatitis. Remember, it’s all about moderation. Especially in drinking.

If you want to know about higher-qualified alcohol in Russia, read our guide on finest wine places in Moscow.