How did Winnie the Pooh become the USSR’s iconic ‘Vinni Pukh’? 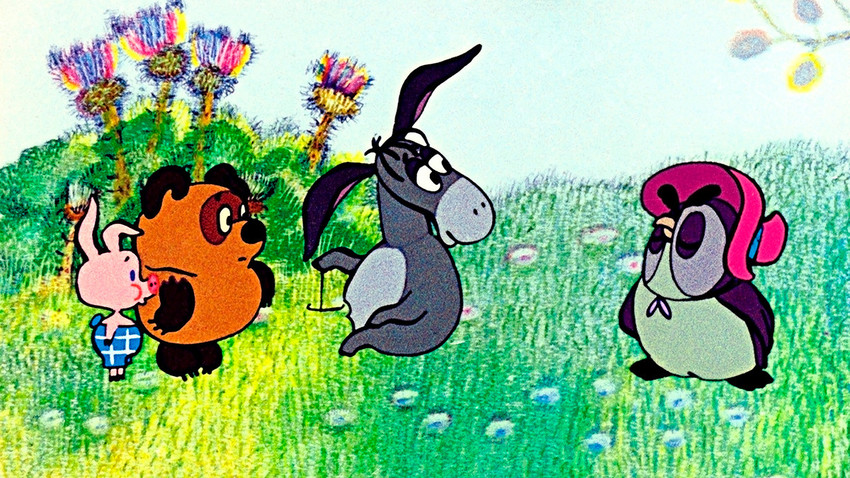 This year marks the centenary of the birth of Russian writer and translator Boris Zakhoder. He gave Soviet audiences a local version of several famous British characters - Winnie the Pooh, Mary Poppins and Peter Pan. However, he reinvented them in a rather novel way.

“It’s pointless…” said the dean of Soviet children’s literature, Korney Chukovsky, speaking to his friend, Boris Zakhoder, when he heard about plans to translate into Russian A.A. Milne’s book about the adventures of Winnie the Pooh. It was the 1950s, and Russia was just emerging from the Stalinist period, but the venerable Chukovsky could not be more wrong. Zakhoder’s translation, or “retelling,” as he liked to put it, turned out to be a tremendous success.

Zakhoder created the Russian (Soviet) version of the famous character that became immensely popular in the USSR, especially after drawing a few cartoons of Vinni Pukh, which was his Russian name. Even in the West, the Soviet cartoons are perceived by some as more aesthetically appealing than the classic Disney ones.

In the Soviet Union, everybody knows the phrases uttered by Zakhoder’s Pukh: “The one who pays a visit in the morning does a wise thing”; “Until Friday I am absolutely free!”; or “Owl, open the door! The bear has come." One might be surprised how often these phrases can be heard in a different context throughout the former Soviet countries. Vinni Pukh is also the main hero in many jokes.

‘To write it anew’

Winnie the Pooh is a charming character, but Zakhoder somehow managed to make him even more charming. The Russian author didn’t literally translate Milne’s but retold it. In fact, the Russian version explicitly states that it’s a “retelling by B. Zakhoder.” 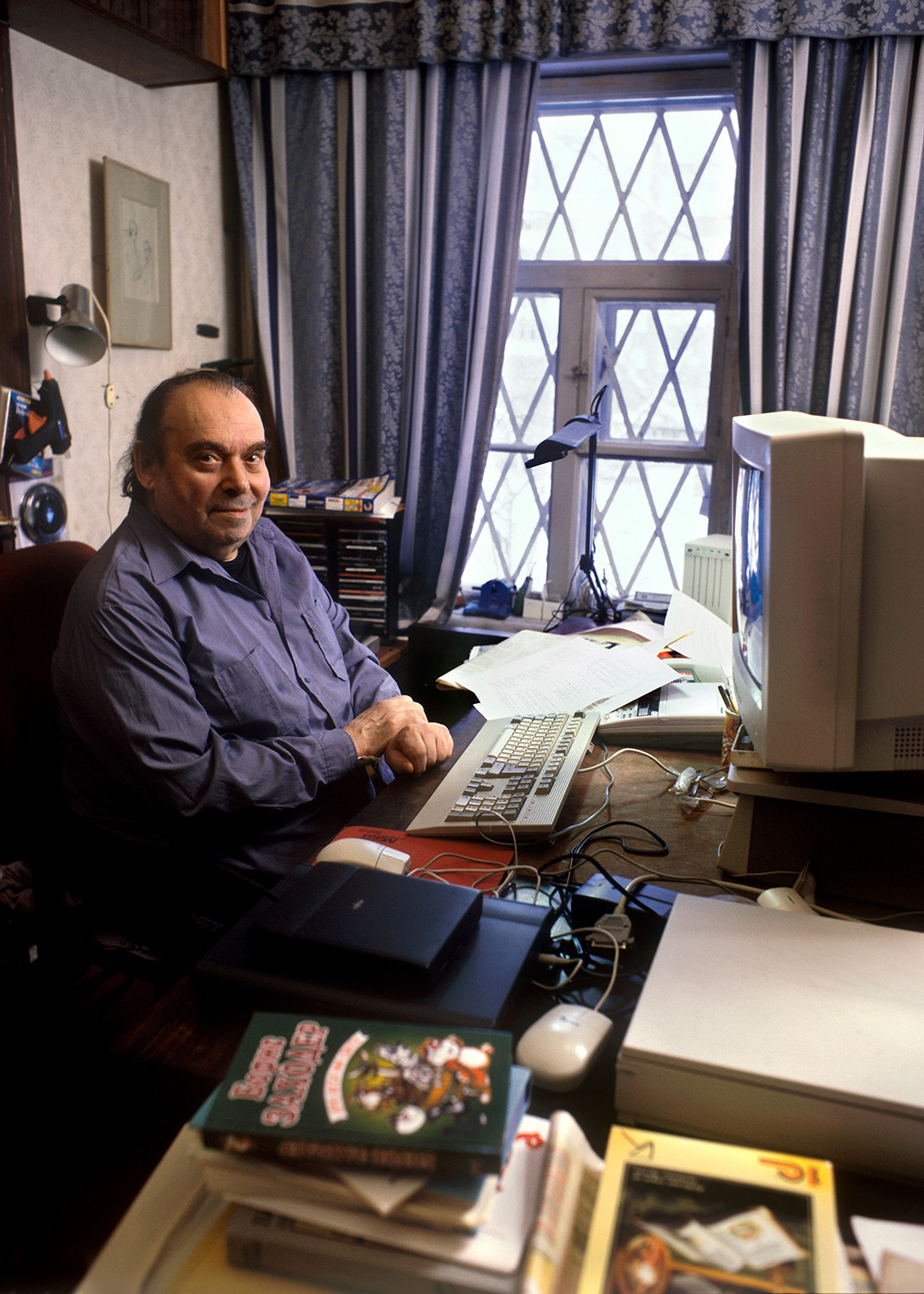 Zakhoder wanted to give children "a lot of sun, calmness, and love"

He explained his approach: “There’s only one way that allows translating the untranslatable – it’s to write it anew, to write in the way the author would write in the language of the translation, this time – in Russian. I aspired to embody the enchantment of the book, its atmosphere. It seemed to me… that the children in our country desperately needed this atmosphere of a normal children’s room where there are only a few toys, nothing fancy, but a lot of sun, calmness love” (link in Russian).

Zakhoder also retold the story of Mary Poppins to Soviet readers. They say that the author, Pamela Travers, was not excited with the way he did it because Zakhoder cut out some chapters. The Soviet people, however, appreciated what he did, as well as the movie that was released in the early 1980s with a popular soundtrack 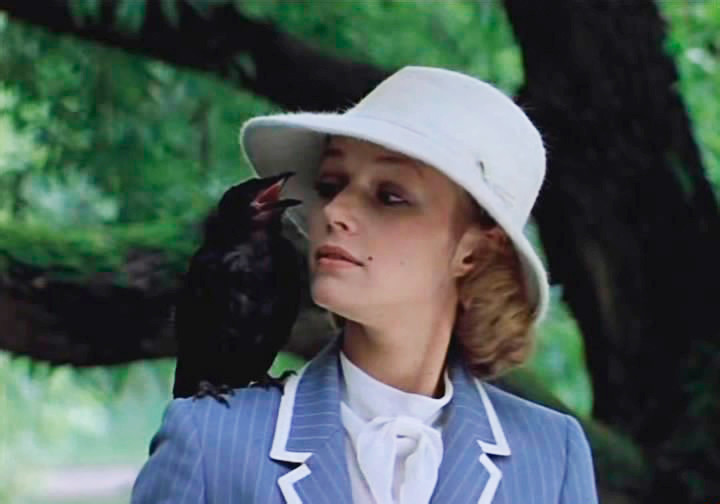 translated the play about Peter and made one more translation of Lewis Carol’s Alice in Wonderland, for which he received an honorary diploma from the International Board on Books for Young People.

While the author’s poems and children’s stories achieved incredible popularity, he had to live through some tough times. Twice he volunteered to fight on the front lines: first, during the Soviet-Finnish War in 1940; and then in 1941 when Hitler attacked the USSR. He was demobilized only in 1946

subsequent years he struggled to publish his writings, but since he knew foreign languages he began work as a translator for the publishing house, Foreign Literature. Still, to make ends meet, he started to crossbreed fish. In fact, he had 24 aquariums in his six-meter-square room in a communal apartment in Moscow. It’s said that he was the first who succeeded in producing offspring from rare species of fish. “I fed the fish, and they fed me,” he joked later.

Everything changed in the mid-1950s during the post-Stalin thaw. Publishers liked Zakhoder’s poems, as did Soviet readers. After Vinni Pukh's success, Zakhoder was ranked among the most acclaimed Soviet children’s authors 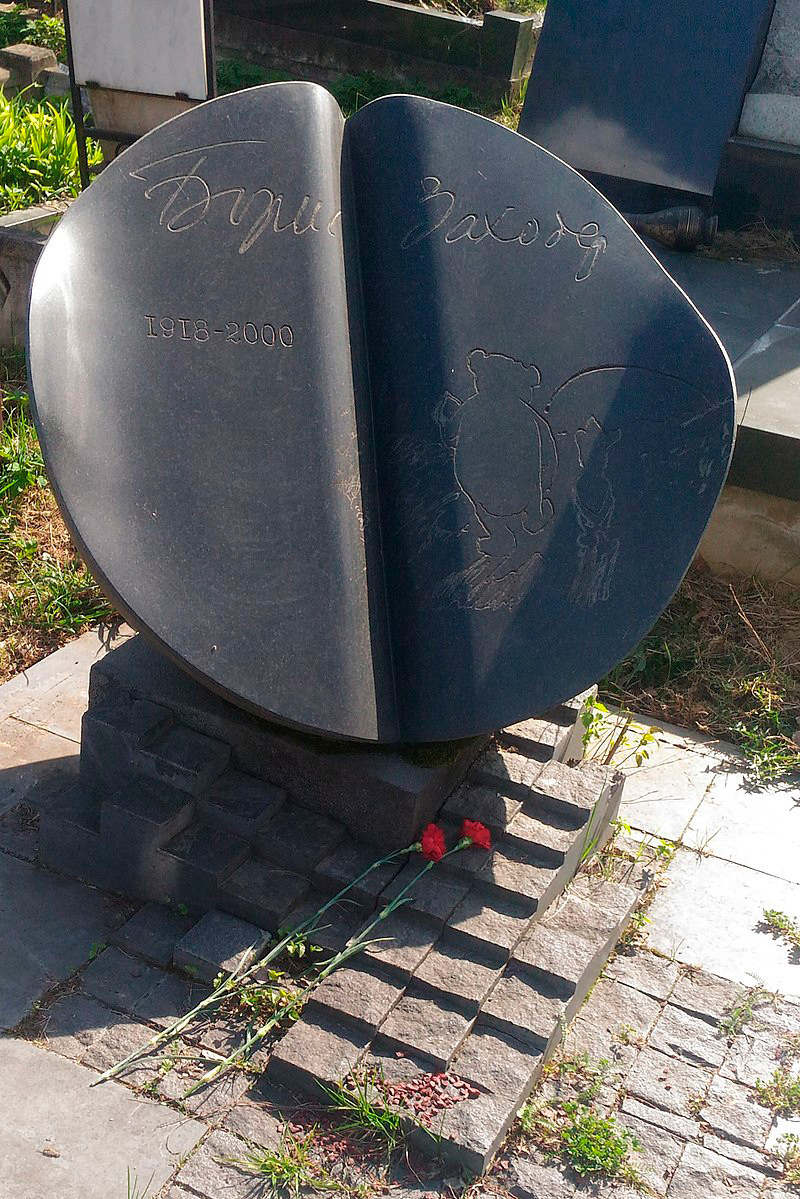 Zakhoder also wrote poems intended for adults, and translated Goethe, but these works were published only close to the end of his life

he wrote poems intended for adults, and also translated Goethe, these works were published only close to the end of his life. Zakhoder died in 2000, and his tombstone looks like an open book. On its page, Vinni Pukh and Pyatachok (Piglet) seem to be heading to eternity.