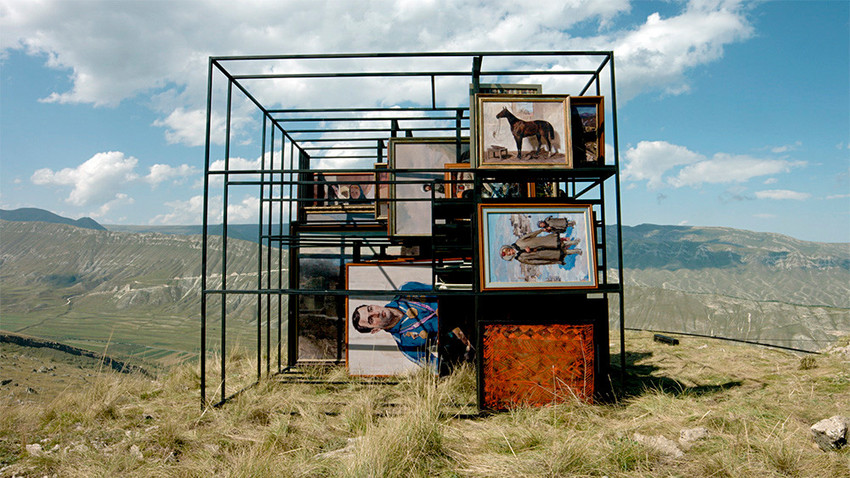 MAMM
These talented men and women are shaking up the country's art scene, and have already exhibited extensively at home and abroad. 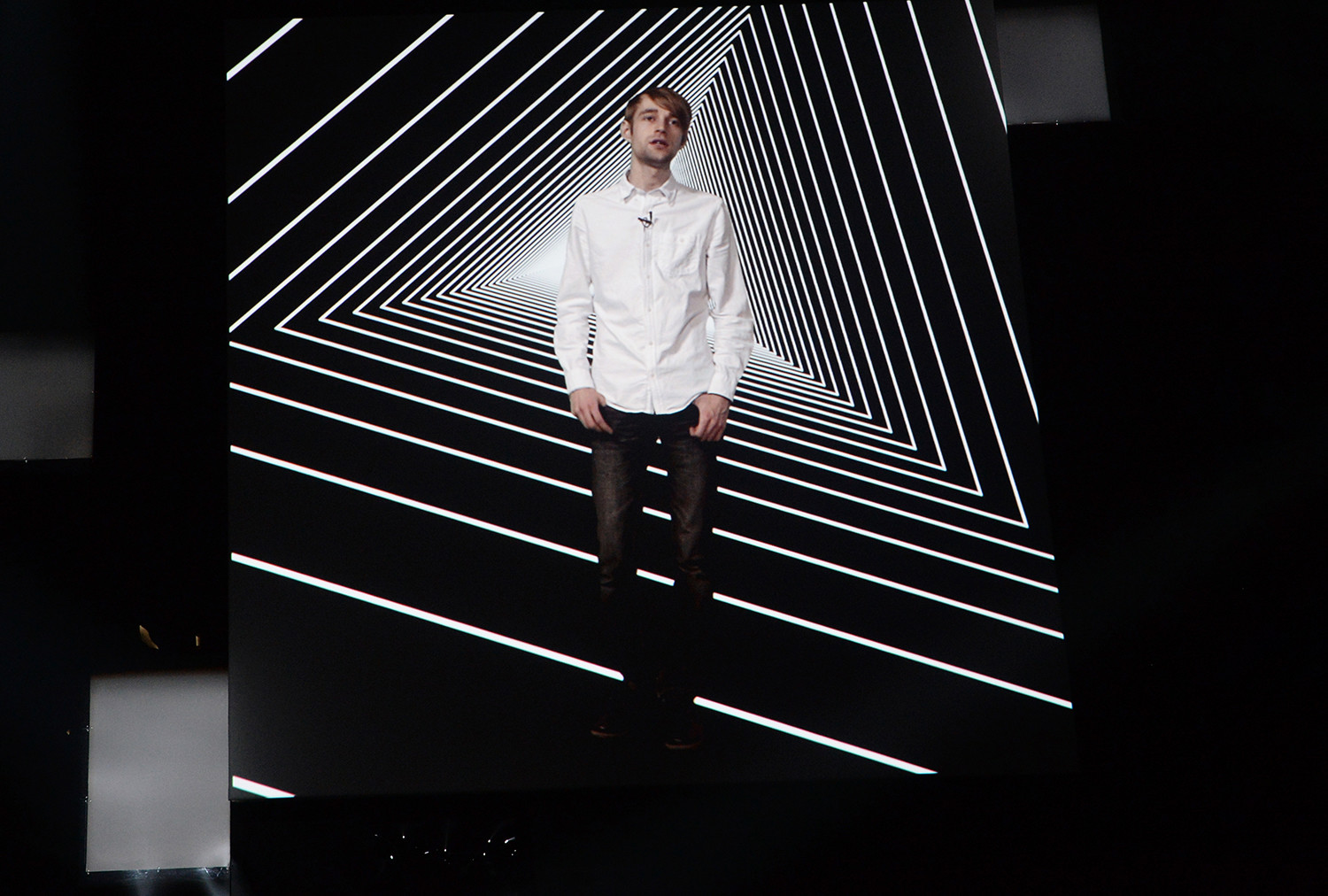 Working at the junction of video art and experimental cinema, Evgeny Granilshchikov creates a portrait of Generation Y, the so-called Millennials, who are just over 30. Granilshchikov's protagonists are immersed in the flow of events and impressions; they discuss news and talk about politics. It seems that the artist is making one continuous film, a kind of video diary, in which the plot follows the events of the author’s life. Granilshchikov's films have received numerous awards, and he's the winner of the Kandinsky Prize, as well as a participant in the Fourth Moscow Biennale. His Unfinished Film (2015) was shown at the International Short Film Festival in Oberhausen. 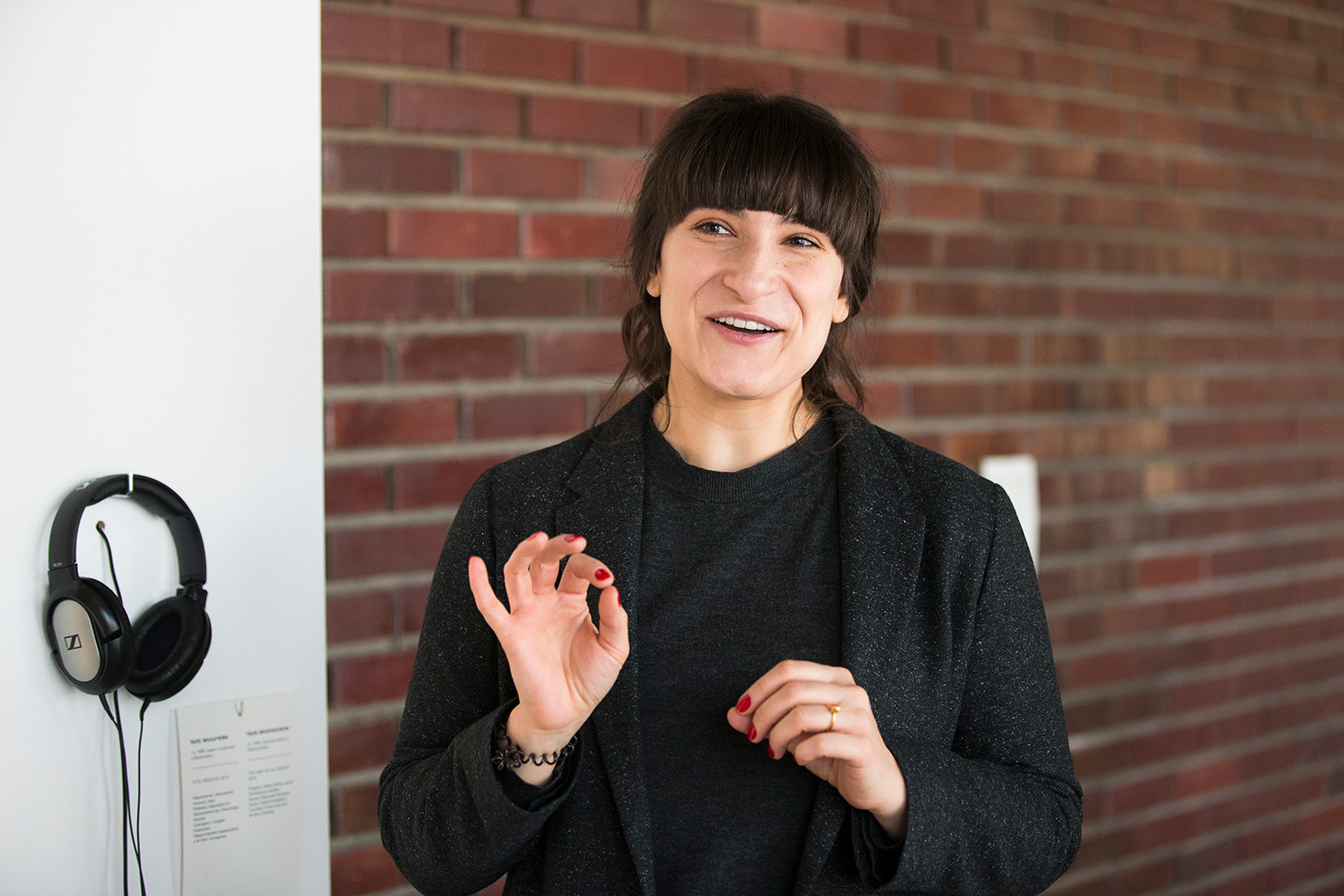 The granddaughter of Soviet poet Rasul Gamzatov, Makhacheva uses her art to explore the transformation of the traditional culture of the Caucasus in the era of globalism. Her videos are witty and sometimes poetic observations of the Caucasus peoples' lives and the encroaching effects of technogenic culture on their traditional way of life. Makhacheva works at the interface of performance and video art. Often she is the heroine in her work. alter ego, Super Taus, is a brave superheroine dressed in an Avar national costume, and who is always ready to accomplish a great feat. Taus has participated in numerous biennales, and recently, she took part in biennials in Liverpool, Yinchuan Riga, as well as at Manifesta 12. 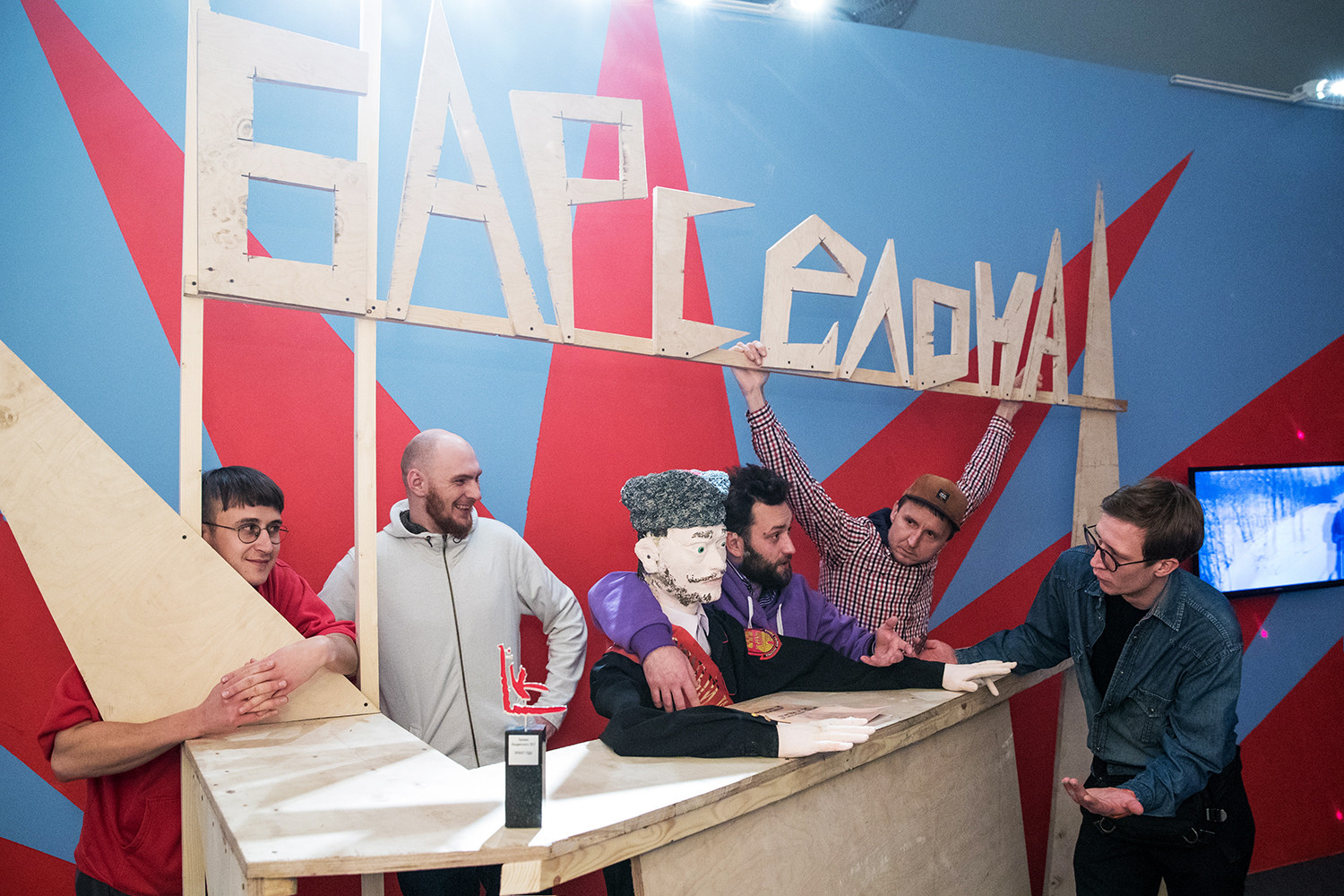 This art group from Krasnodar works with the “aesthetics of interaction” in close contact with the audience. They are not just artists but also social activists who have almost from scratch created the current art scene in Krasnodar (1,300 km south of Moscow). Thanks to their efforts, the city now has the Krasnodar Institute of Contemporary Art (KISI), an art residence, a street art festival, an exhibition hall a cultural center. They have organized their own "ZIP museum" in the interior of their ZIP-mobile, a vehicle in which they travel around the country staging itinerant exhibitions in different cities. The artists' works are objects and installations that are reminiscent of the art of the legendary Fluxus group. ZIP often makes the viewers their co-authors. 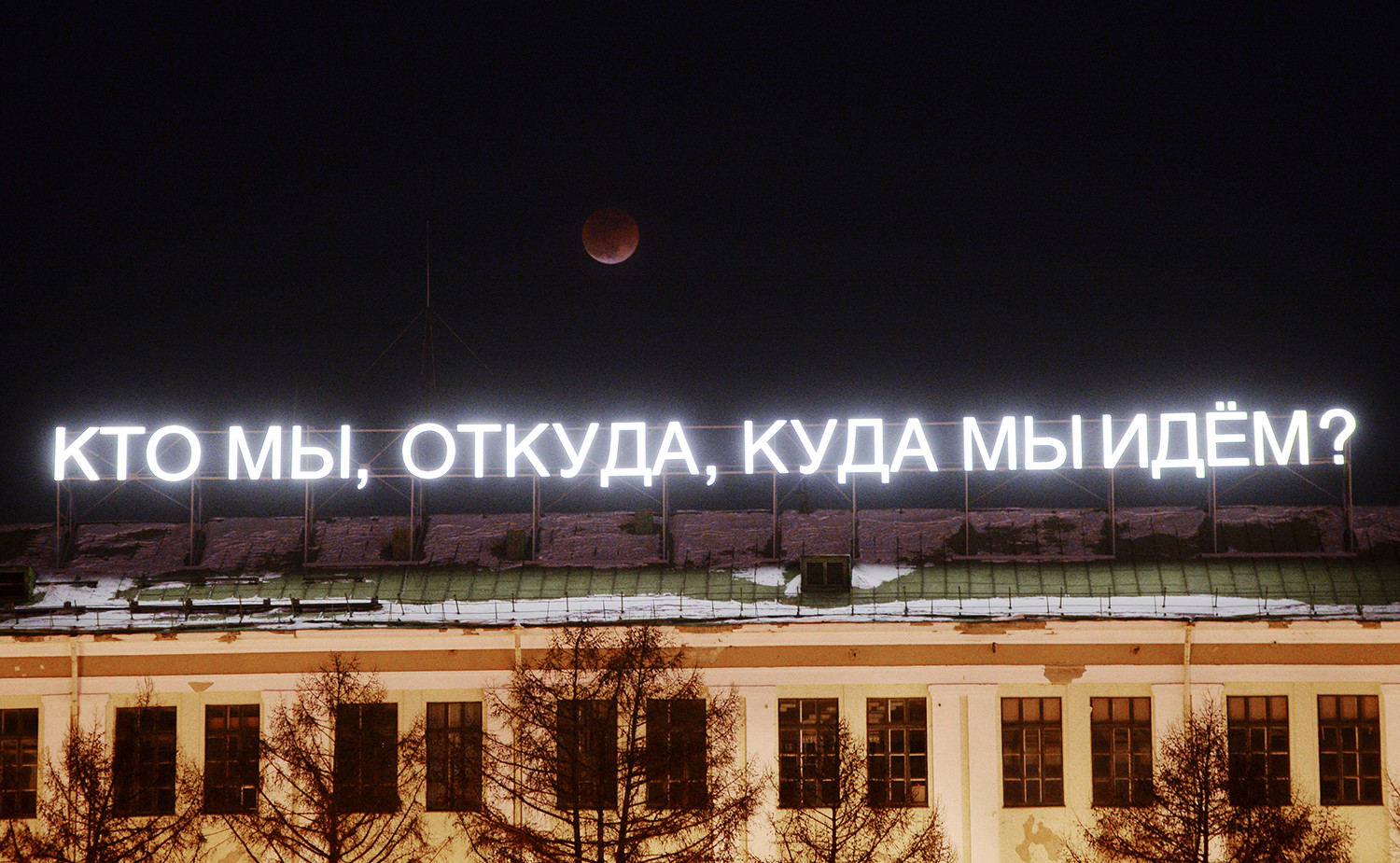 This street artist from Yekaterinburg combines the partisan style of street art with professional skill. He not only uses materials similar to but also creates technically complex objects for which an entire team of specialists is needed. His texts, often made from neon, can appear on the roofs and walls of buildings, abandoned factories, observatories and even in a field. They convey not only poetic ideas but also political messages. This year Radya won the top prize at the Cutlog Art Fair. 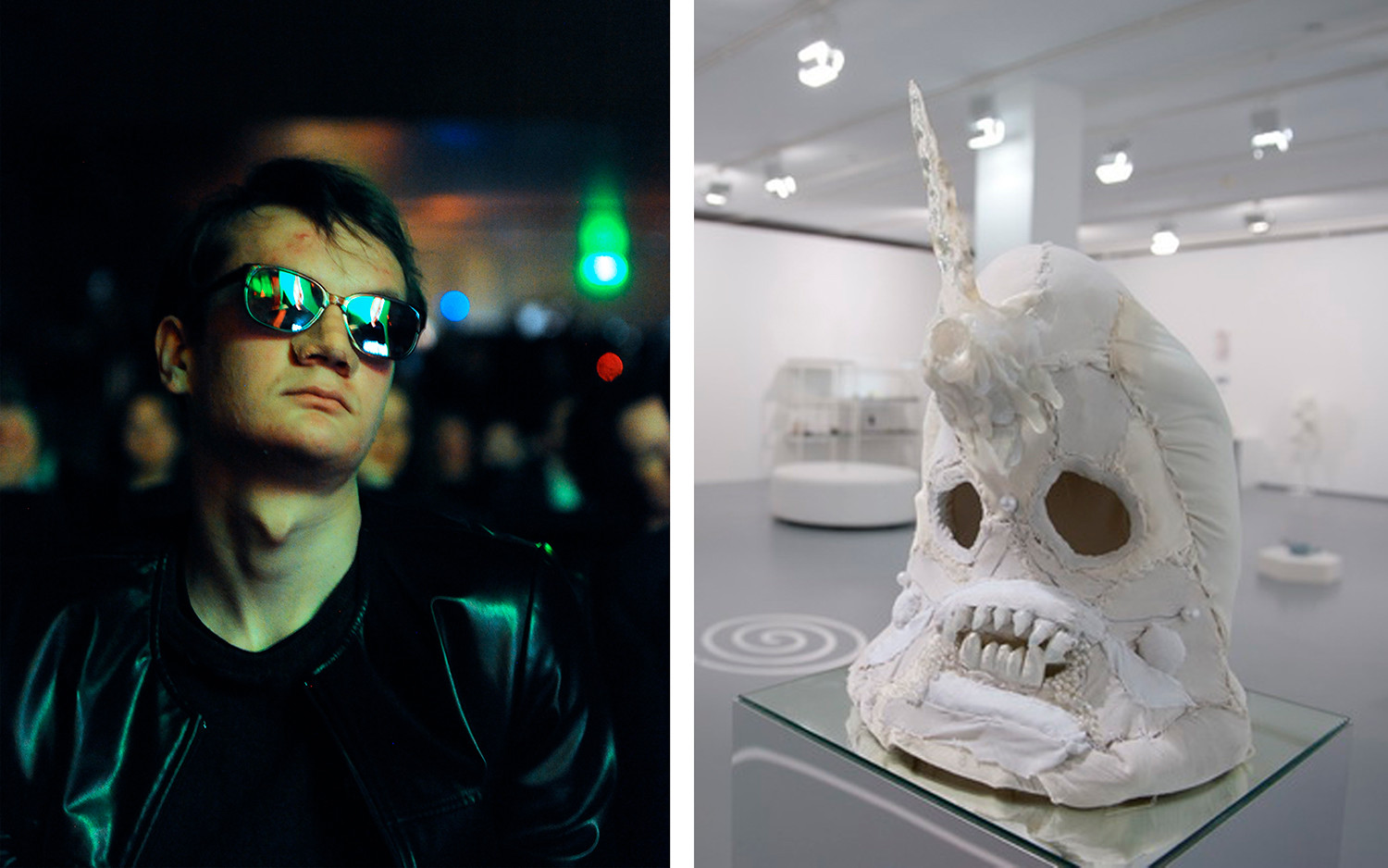 Antufiev is an archeologist of contemporary culture who creates modern amulets and shamanic sculptures from the most unusual materials, such as dolphin bones, meteoritic iron or wolf’s teeth. At the same time, the use of plastic sheeting or boiled sweets makes this alchemy a little less serious. In mummifying modern objects, Antufiev tries to conserve time and get closer to the enigma of immortality. He has participated in Manifesta 11 and Manifesta and exhibited at the Collezione Maramotti and Pompidou Centre. 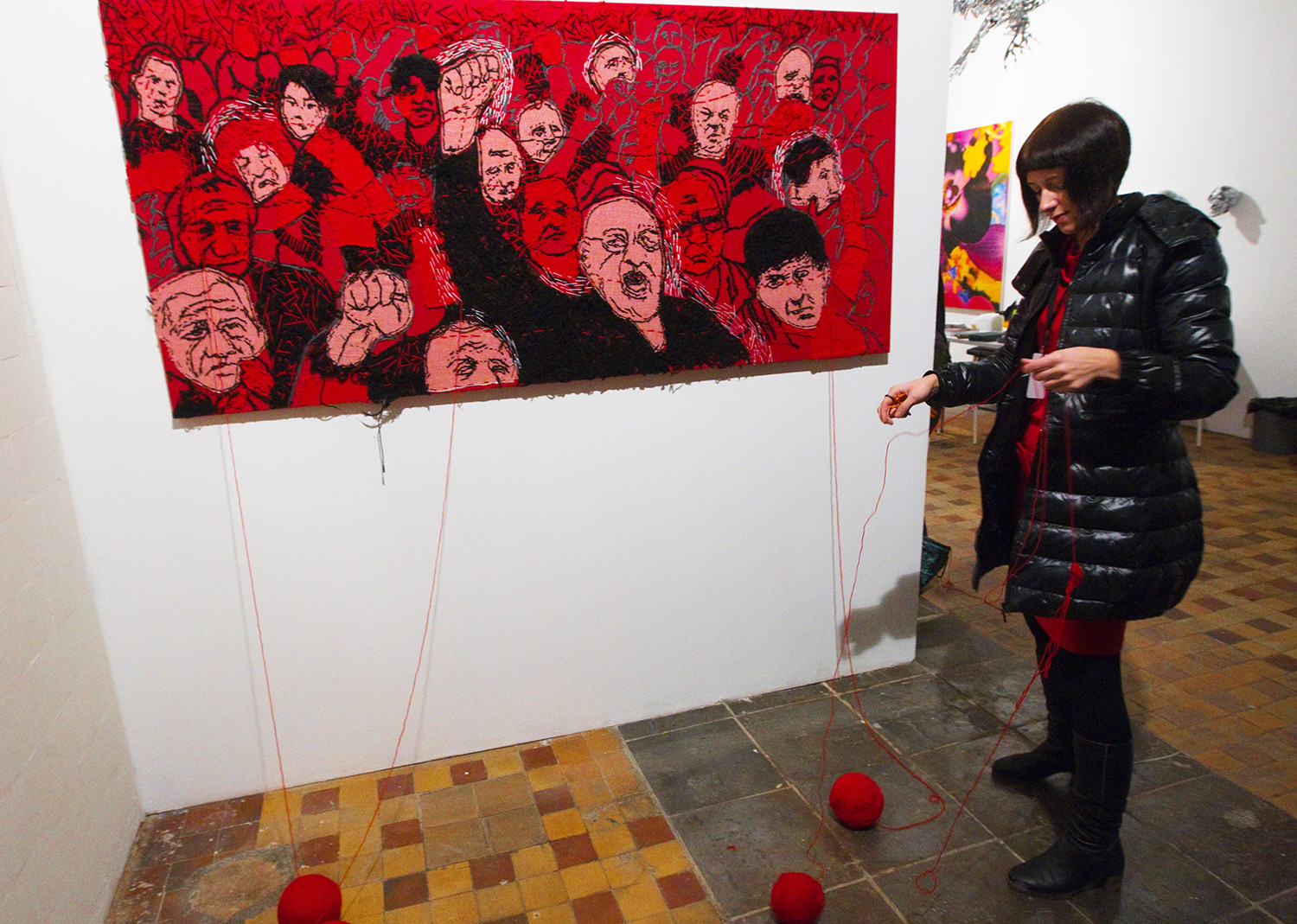 This artist works with handicraft techniques, translating the language of graphics into the language of textiles. Her artworks combine the topicality of contemporary art and the traditions of folk handicrafts - embroidery, weaving knitting. Akhmetgalieva's heartwarming installations are sometimes several meters long, balancing between realism and abstraction. In her textile she manages to convey human emotions, although the characters are only outlined, as in sketches that still must acquire their final shape. Exhibitions of her works have been staged in Russia, Italy Scandinavia. . 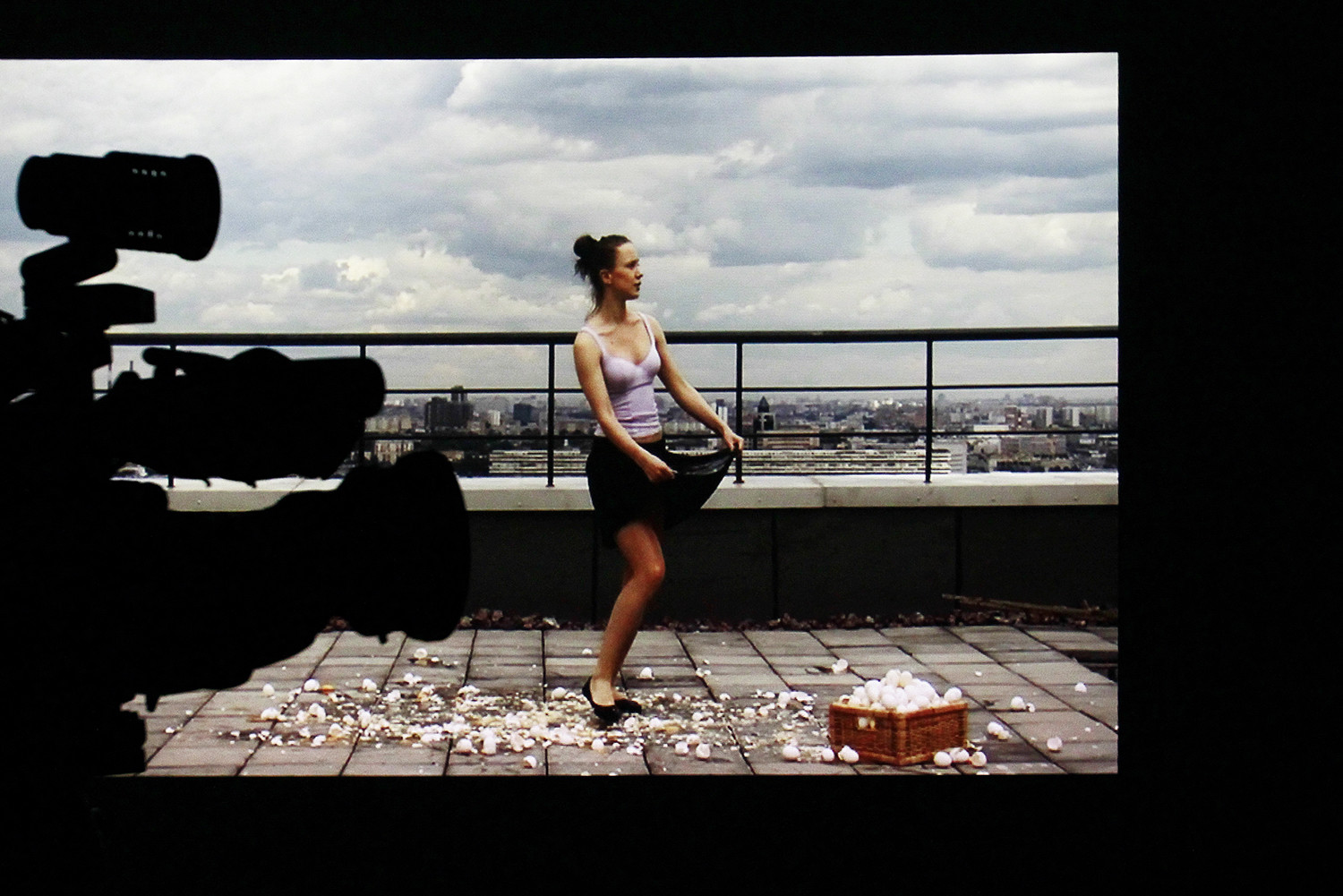 Kanis uses video as her artistic medium. She focuses on social stereotypes and the contradictions of gender and age roles imposed by society. If at first Kanis herself acted as the heroine of her video performances, now she increasingly prefers to stay behind the camera, playing the role of director. Dancing is often incorporated her films' storylines. She has taken part in exhibitions in London, Bergen, Vienna other cities.

is a naturalist engaged in a branch of "scientific art" that can be described as bio-art. In his works and he often uses plants and even specimens of the animal kingdom. His stance is close to that of a researcher who identifies the border between nature and our perception of it. In 2017, he participated in the Moscow Biennale of Contemporary Art. 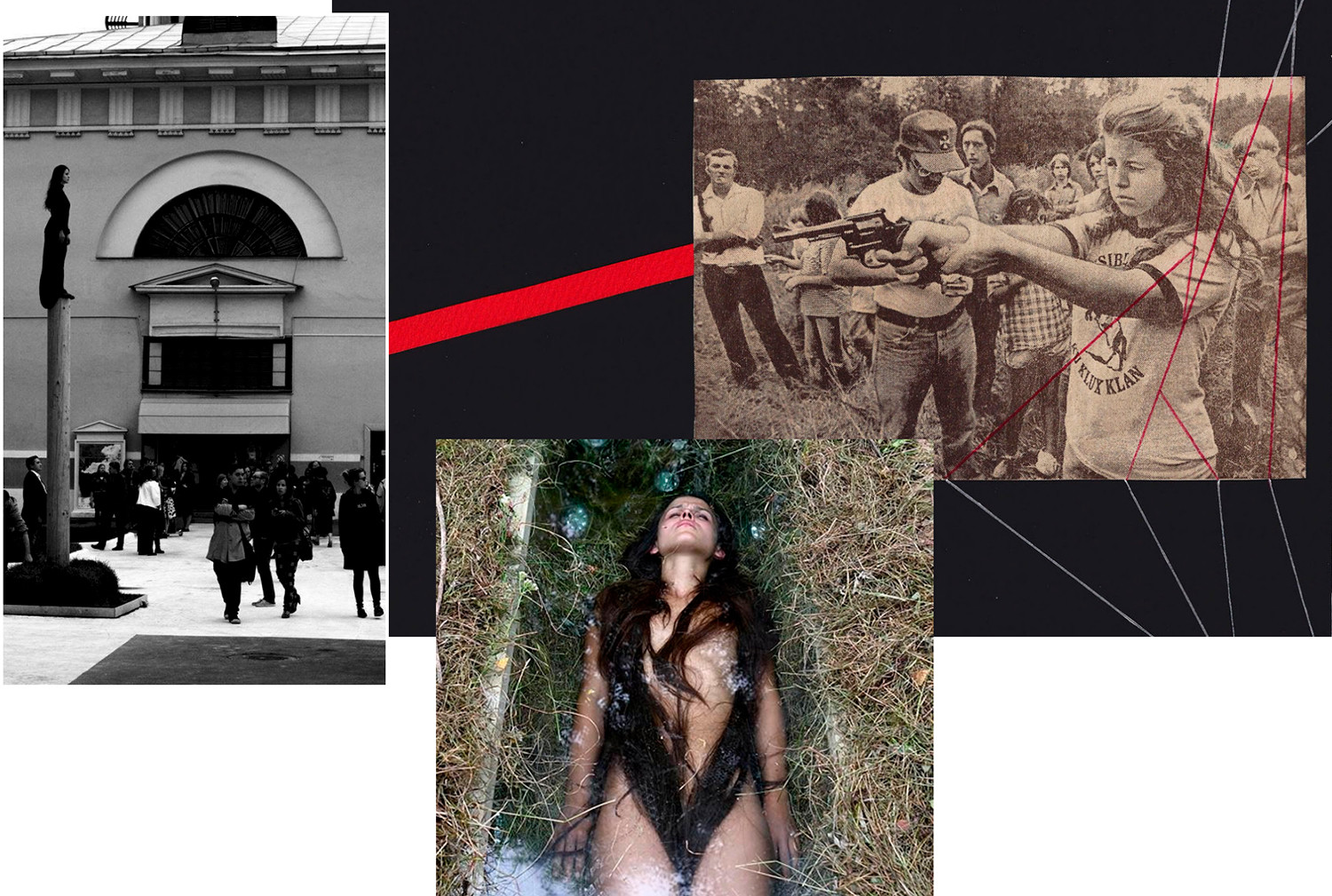 Olga Kroytor is a performance artist who constantly tests her endurance. Her performances are quite dangerous and require physical effort that her to the limits of human capabilities. She has been strapped to a tree with polythene, almost like a butterfly pupa; she has washed the floor with her hair lay naked under glass for an hour in the guise of Ophelia. In 2015 she was awarded the Kandinsky Prize for her performance Fulcrum, in which she stood for several hours on a four-meter wooden post. 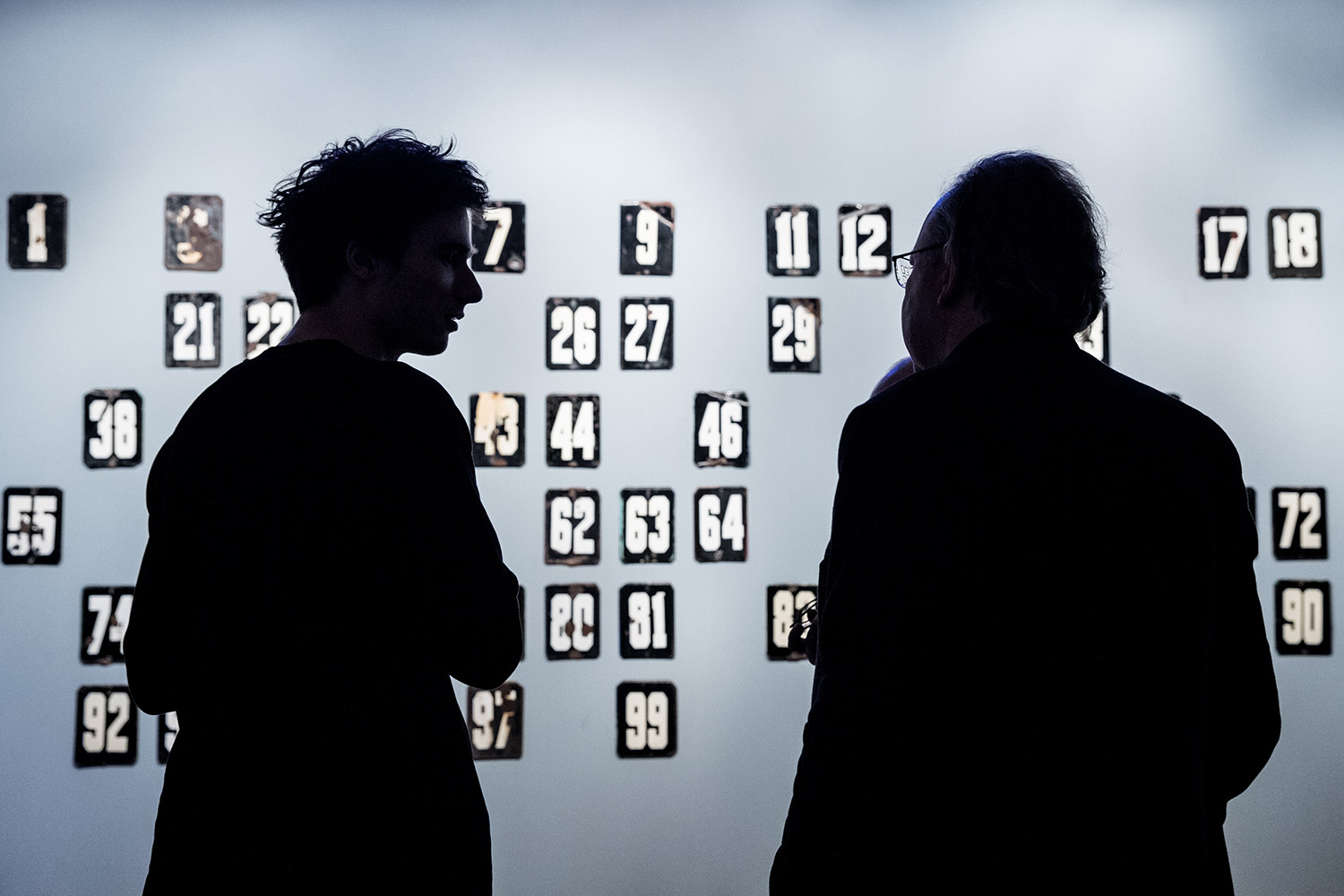 The works of this Chechen artist are devoted to the trauma of war and other dramatic moments in the history of his people. The theme of homelessness and the tragic impossibility of returning home is central in his art. Gaisumov creates objects, installations videos. He received his first major distinction for his installation that comprises burnt and cut-up books that were a metaphor of war. He exhibited in biennials in Moscow (2013) and Liverpool (2018 and will be one of the artists exhibiting in the Russian Pavilion at the Venice Biennale in 2019.

Read more: 5 tips how not to be afraid of contemporary art