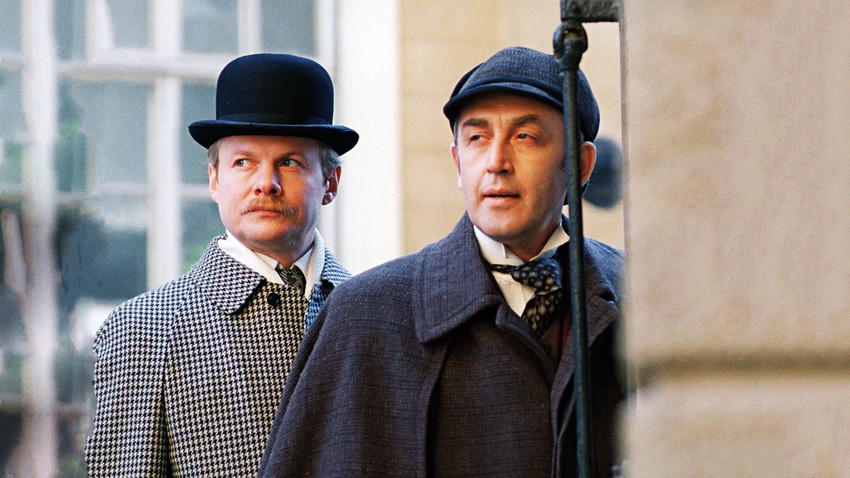 Igor Maslennikov/Lenfilm,1979
Some Soviet adaptations of famous European novels were so extraordinary that they were considered better than the original works.

Soviet filmmakers couldn’t remain indifferent to the famous adventures of France’s royal musketeers and their conflict with Cardinal Richelieu. The Soviet adaptation of Alexandre Dumas’ novel was a musical mini-series with three sequels. Every child who grew up in the Soviet Union knows this film.

One of the best adaptations of Somerset Maugham’s novel was produced by Soviet Latvian actors at the Riga Film Studio. It tells the story of a very successful actress, Julia Lambert, who has an affair with a young clerk, Tom Fennel. Suddenly, she realizes that her well-established life can fall apart in a moment because of her rash decision.

The Soviet adaptation of William Shakespeare’s immortal tragedy was well received abroad, winning a Special Jury Prize at the Venice Film Festival in 1964.

Unlike most adaptations of this Agatha Christie detective novel, the Soviet one follows the original grim story and ending. Ten people who have never met arrive on a remote island, but it soon becomes clear that few will leave the island alive.

Based on Jules Verne’s In Search of the Castaways, this joint Soviet-Bulgarian TV series follows a group of adventure-seekers who are searching for the missing Captain Grant, who everybody believes is dead.

The Soviet adaptation of Sir Conan Doyle’s novels about the famous detective occupies a special place among the numerous adaptations worldwide. It was warmly received not only at but also in the United Kingdom. British critics pointed out that the Soviets treated the original source material with much care and respect. In 2006, actor Vasily Livanov became an Honorary Member of the Order of the British Empire for his splendid portrayal of Sherlock Holmes.

This movie is partly based on Rudolph Erich Raspe’s tales about Baron Munchausen, who has many amazing adventures. Even though the events take place in the German city of Hannover, the movie was considered a tongue-in-cheek satire of the Soviet Union’s period of stagnation in the 1970s.

Andrey Tarkovsky’s adaptation of the work by Polish science fiction writer Stanislaw Lem is believed to be one of the greatest science fiction films in cinema history. A psychologist arrives at a space station orbiting a planet called and finds the crew suffering from mental disorders. Their repressed memories and obsessions somehow are returning, torturing them over and over again.

In this musical comedy adaptation of Jerome K. Jerome's novel, three friends who are tired of their boring routine take a boat trip on the Thames River and face numerous unbelievable adventures.

Unlike the Soviet Union, modern Russia can't boast numerous adaptations of foreign classic literature. Still, there have been masterpieces such as this TV series based on Alexandre Dumas’ famous novel. The Countess of Monsoreau is considered one of the best TV series ever produced in modern Russia.