7 major movies that will help you understand the Russian soul 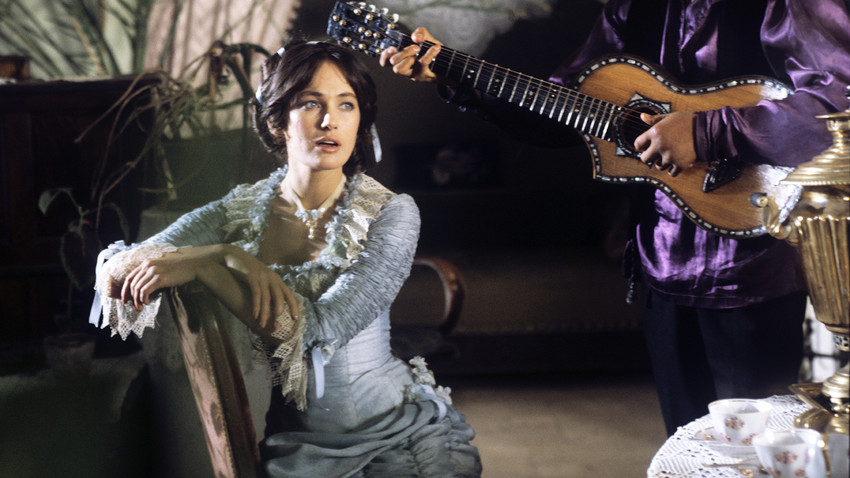 Global Look Press
These movies are brilliant depictions of the Russian national character, as well as critically-acclaimed artistic achievements that will move you tremendously.

This is the tragic story of a woman (Veronika) whose beloved went to the front during World War II and was killed. She instead married his brother, but then left him and was desperately hoping for the return of her first lover. She suffered much and harbored this irrational hope even after the war was over. At the very end of the Veronika greeted returning soldiers wearing a bride’s dress, still looking for her fiancée… This story of love, guilt redemption won the Palme d'Or at the Cannes Film Festival in 1958. Emir Kusturica said that “Cranes are Flying” is a “real 3D movie that penetrates a person’s soul.”

This romantic comedy was the leader of Soviet cinema distribution in the year of its release. A country-dweller goes to a resort and falls in love there with a woman from the big city. Yet, his family misses him and wants him back (as well as the pigeons whom he tends to). In the end, he has to choose what to do; although the way his hometown is portrayed does not leave him much of an option. It’s nice and and features truly marvelous people.

Shot by the famous Soviet director duo of Alexander Alov and Vladimir Naumov, this movie is set at the very end of World War II. This is the story of how Soviet soldiers accompany a pregnant German woman to the hospital. The lieutenant in charge of the mission is completely transformed by the experience. Another Soviet soldier who is deaf and mute, suffering from shell-shock, demonstrates his best qualities by taking care of the woman who was the reason for his comrade’s death. The movie ends with the birth of a baby in a new, peaceful world.

Based on the 19th-century classic Russian play, “Without a Dowry,” by Alexander Ostrovsky, the movie tells the tragic story of a poor young woman who is in love with a man who is also not indifferent to her but who chooses to marry a rich woman. The protagonist becomes desperate when she understands that she cannot be with the one she loves. Meanwhile, a local rich man proposes her to be his mistress, and she is inclined to agree given her circumstances. However, she is killed by a jealous and pathetic man who she agrees to marry in order to avenge her lover. Before dying she thanks her killer as he allegedly saved her from a fate that would make her miserable.

Actor and director Nikita Mikhalkov, who played the protagonist’s lover in this tense psychological drama, claimed that she was not a victim of a calculated seducer but of the “width of his soul.” There’s a lot of gypsy music in the movie that according to its director “creates the strain that our ancestors loved so much.” The film has a lot of passion and soul-searching.

This is another story of an unhappy beautiful young woman. She is poor and oscillates between love and security while getting involved with three men who live near her. She gets married with one, becomes romantically involved with the other and confesses her love to the third. The psychological complexity of the situation is seen in the most famous scene where she is dancing with her new while recalling the time with her lover crying and smiling at the same time. It predictably ends when she is killed by one of the men. The movie is based on Anton Chekhov’s play “The Shooting Party.”

The memorable melody from the dancing scene was composed by Evgeniy Doga, a Soviet Moldavian composer. They say that even US President Ronald Reagan liked this immensely popular melody, although it’s not clear how he came across it. Some Russian media claim he called it his “favorite modern melody” (link in Russian).

Surprisingly, Reagan also has something to do with this movie too. They say he watched the film several times before meeting Soviet leader Mikhail Gorbachev in order to understand better the Russian soul.

The Oscar-winning movie is a story of three girlfriends. One of them, the main character Katerina, is determined to build a career and enter university. Another one sees life in Moscow as a big lottery, while the third one works as a painter at a construction site and marries a fellow worker. Against all odds, Katerina forges a spectacular career and finds true love, who was played by the same actor as the lover of Veronica from “Cranes are Flying”, Alexey Batalov. Not only Reagan saw the movie several times; millions of Russians did the same, obviously finding something appealing in Katerina and the other characters.

This crime drama by director Alexey Balabanov has cult status in Russia. The sequel, Brother-2, probably was even more popular. “” tells the story of a young man, Danila, who recently served in the military and then came to St. Petersburg to stay with his brother. The latter turned out to be a hit and involves the protagonist in his crimes. Later, he betrays Danila, who nevertheless forgives his brother, sentimentally reminding him about the time of their childhood.

Danila is seen as a person driven by ideals of justice and who helps those in need. However, he is also a tough guy who easily resorts to violence to uphold his and sees no problem in .