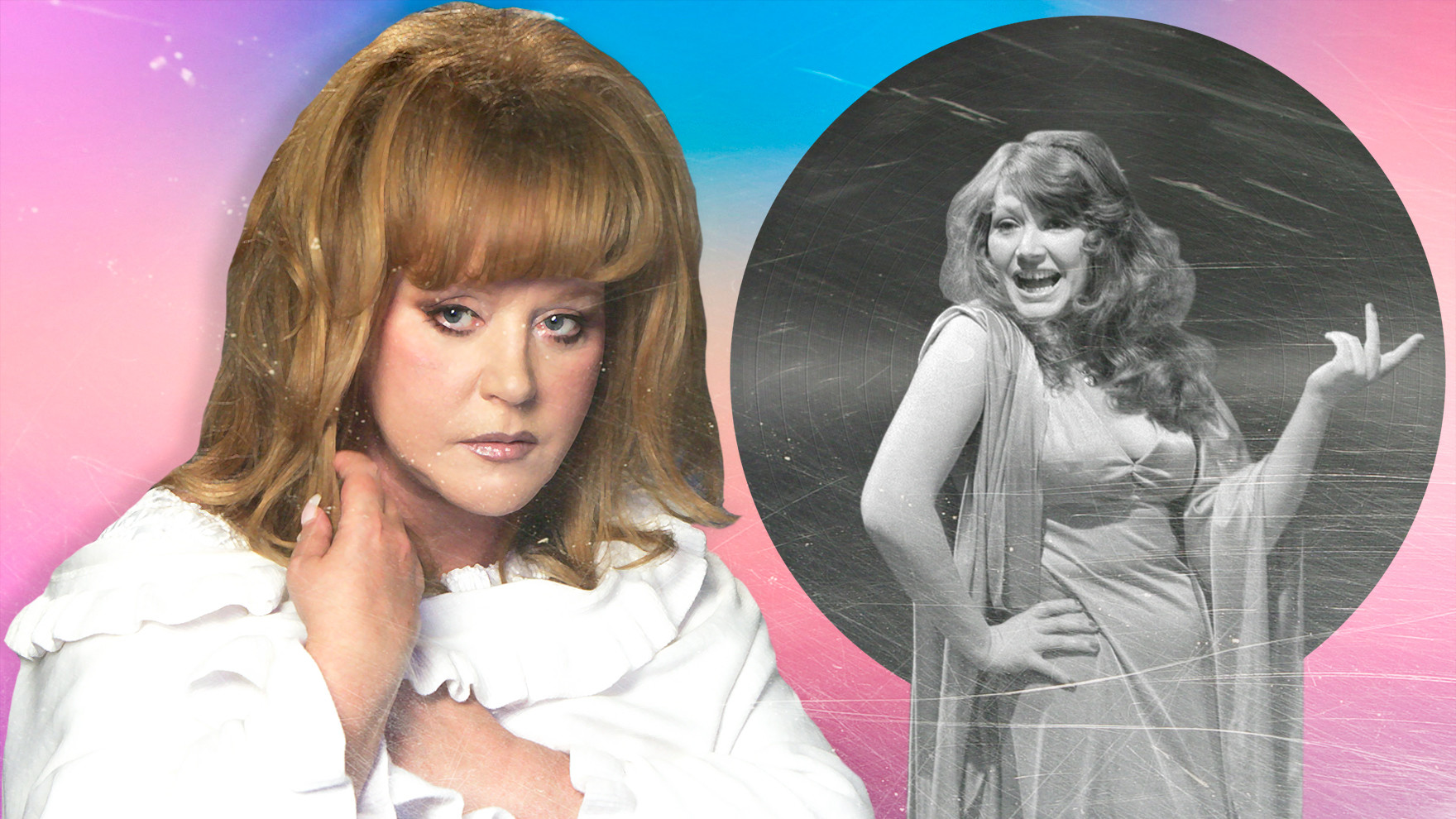 Global Look Press, TASS
The superstar's artistic career has lasted over half a century and she can still pack a stadium.

In Russia and throughout the former Soviet Union, absolutely everyone knows the name Alla Pugacheva. Even people who do not like pop music cannot help but be touched by her soulful songs. But just who is the biggest star of Soviet and Russian pop music?

1. She did badly at school 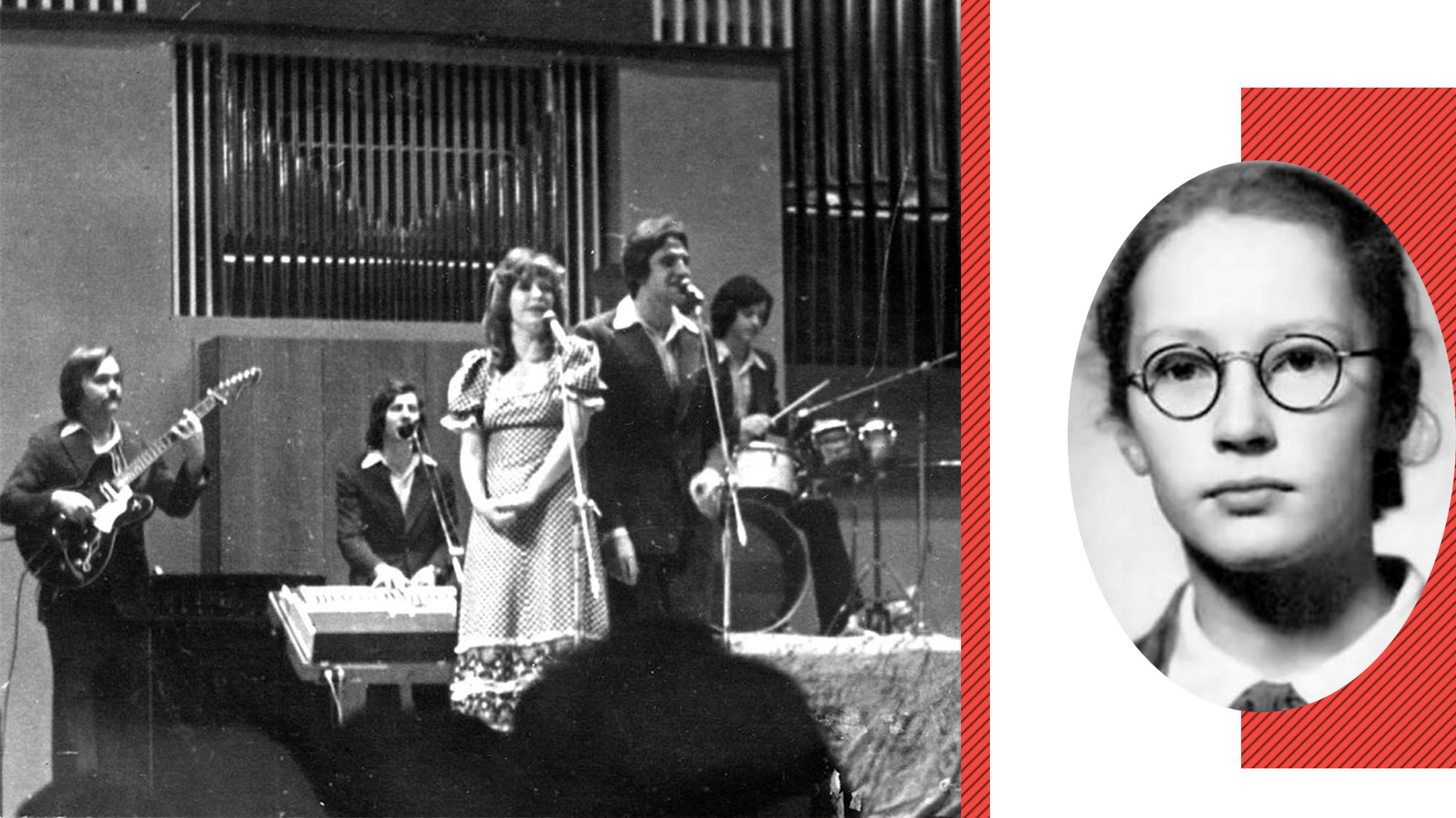 Alla Pugacheva was born in Moscow in 1949. She started playing the piano at the age of five, and it quickly became apparent that she had perfect pitch. At the same time, more traditional subjects failed to pique her interest at school. She did poorly in many classes and devoted all her attention to music, which eventually ended with her leaving school after the 8th grade to enroll in a music college. Just a year later, she went on her first tour of the USSR with other students. It was then that she caught the attention of songwriters. They began inviting her to record their songs, which then made their way to the radio and turned her into a star.

2. She was the first artist to perform in Chernobyl 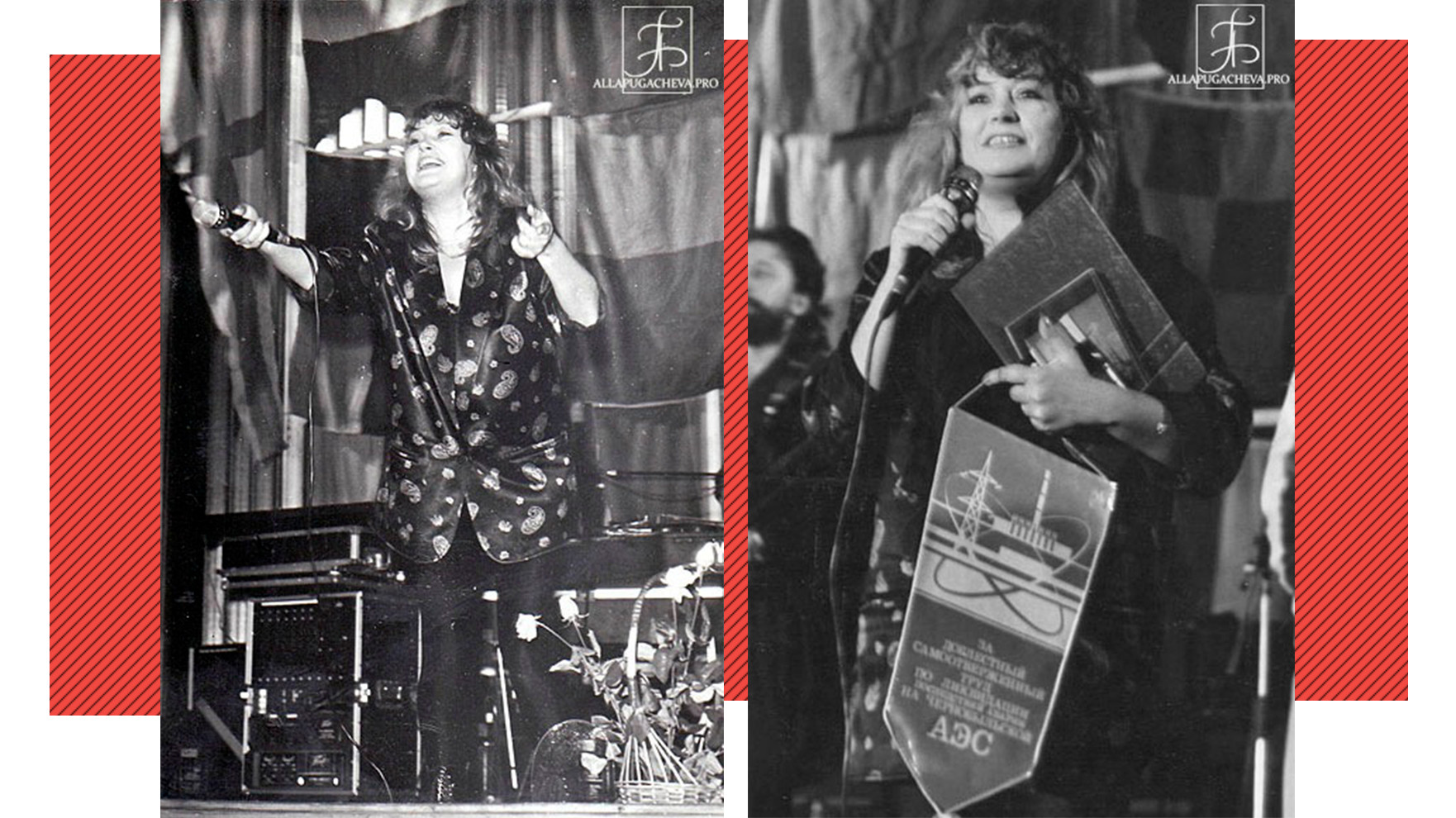 After the disaster at the Chernobyl nuclear power plant in 1986, Pugacheva became the first artist to visit the site and perform for people who were involved in the cleanup effort. As she was performing one of the songs, she sang out the words, “Why did they blow up the plant?” and threw a stone at Communist Party functionaries present there. It was behavior like this and other frequent escapades that made the Soviet authorities suspicious and critical of Pugacheva. Nevertheless, she received numerous state awards for her contribution to the arts and culture, as well as the title of a Distinguished Artist and a People's Artist of Russia.

3. She was the most famous Soviet singer abroad 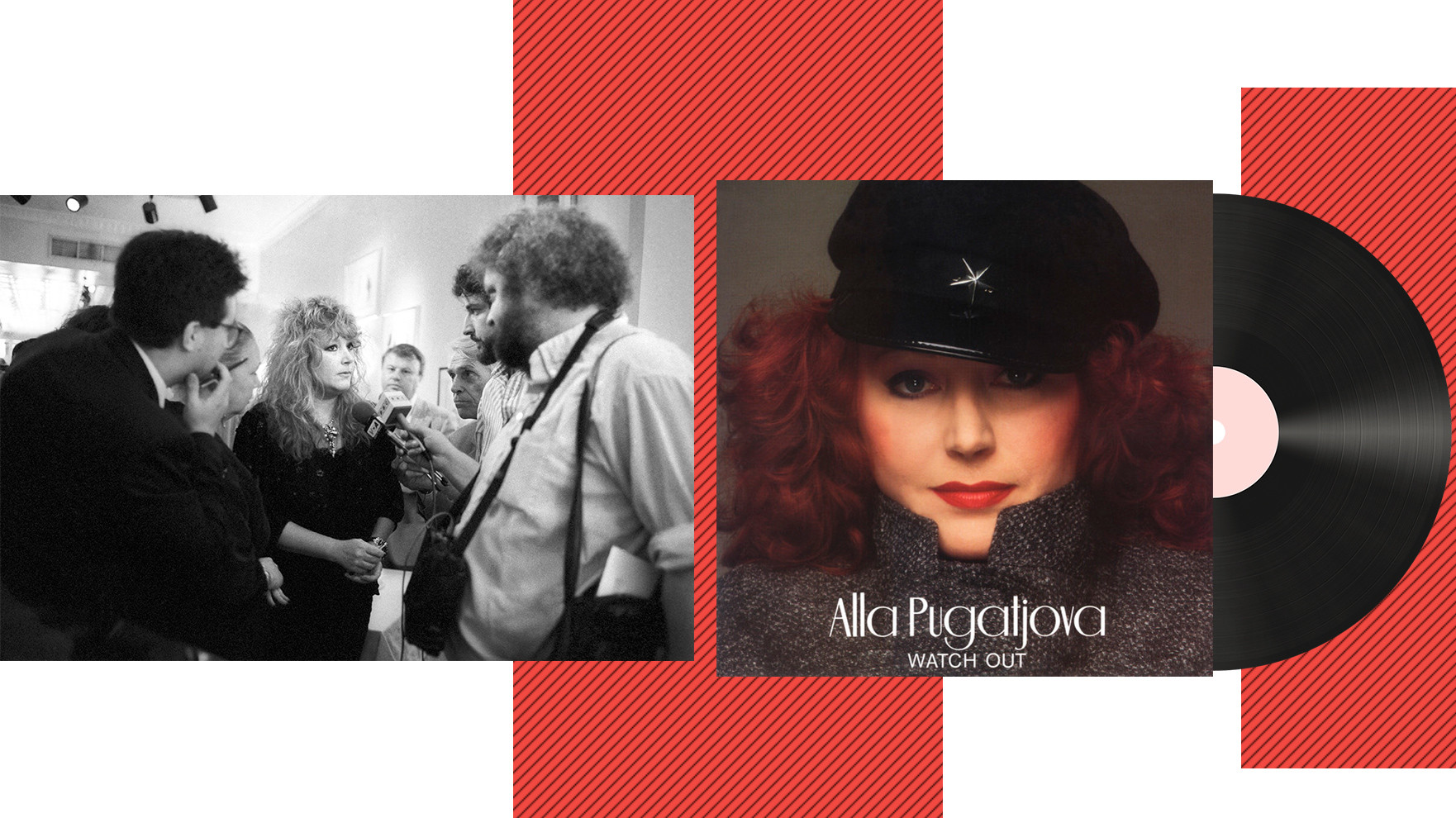 Back in Soviet times, Pugacheva toured throughout the world and even released albums abroad, selling over 250 million records in total. One of the records—Watch Out!—was released in English and recorded with backing vocalists who had performed with ABBA. The album was released in Stockholm in 1985. 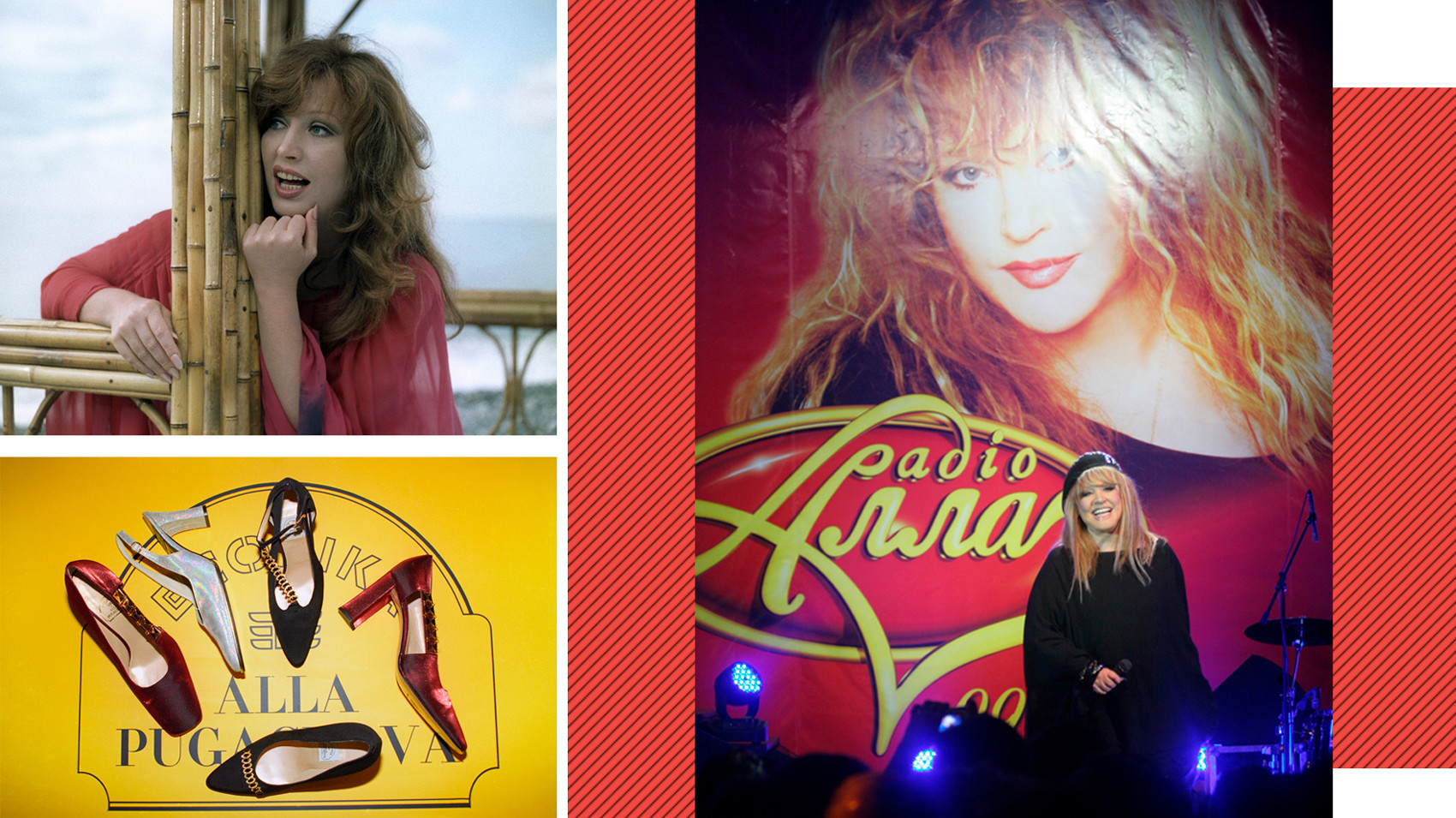 Pugacheva also tried her hand at movies. She starred in several films, including biopics, but none of these were particularly successful. Only one musical drama, The Woman Who Sings, was met with good reviews. Pugacheva received a prestigious award and a cash prize, which she donated to an International Children's Health Center.

In addition to pop music and cinema, the singer has also dabbled in business endeavors (she made perfume and shoes), launched a radio station named after herself that played her songs every hour and founded an arts school and stage workshops for teenagers.

5. She keeps retiring from performing, but then comes back 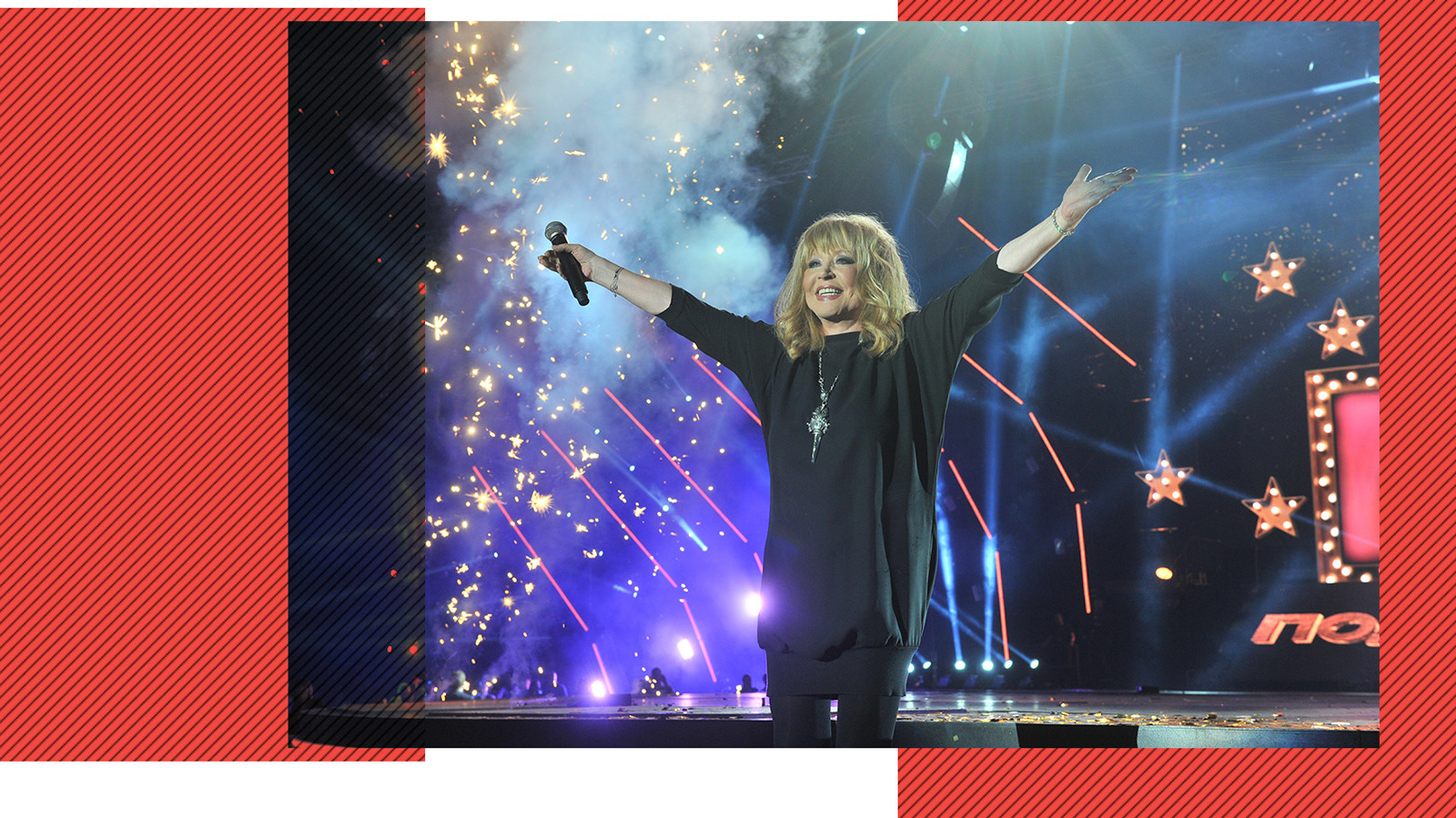 Like any pop diva, Pugacheva regularly gives farewell concerts and has been doing so since the mid-1990s. But each time her fans believe that she will come back. And she does. She has even gone on several farewell tours. At the same time, Pugacheva continues to have a busy social life and often appears on TV as either a guest or a presenter. To mark her 70th birthday in April 2019, she gave a huge concert at the Kremlin Palace. The tickets sold out in a week.

6. She battled bad habits for 50 years 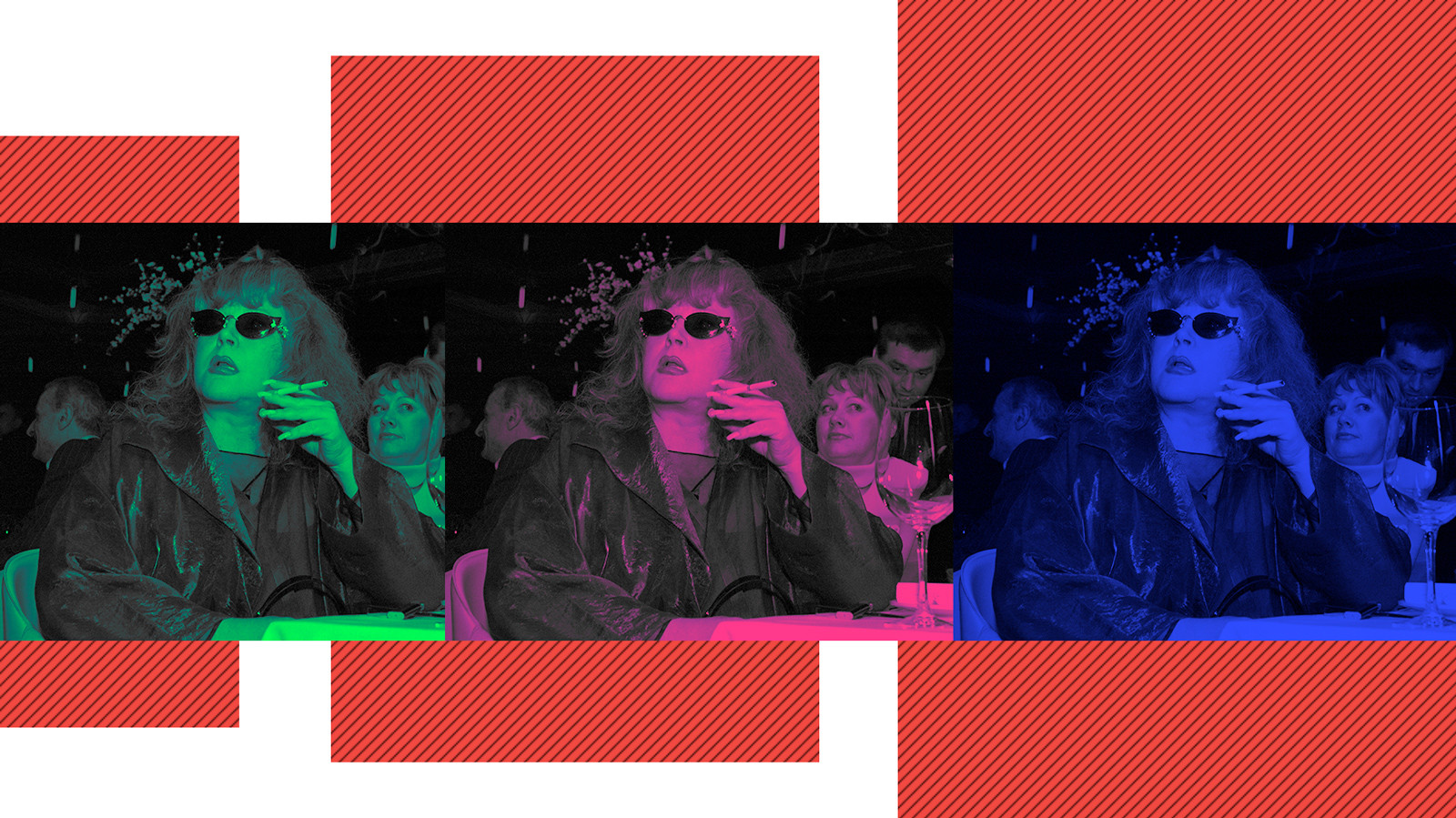 Pugacheva tried her first cigarette while still in school and continued to smoke after becoming a famous singer. She managed to quit only in the past several years, although she admitted that this was very difficult after 50 years of smoking.

Pugacheva also managed to lose a lot of weight thanks to implementing healthy eating habits and celebrated her 70th birthday on top form. She has given up salt and bread altogether and has fasting days on a regular basis.

7. She is on her fifth husband 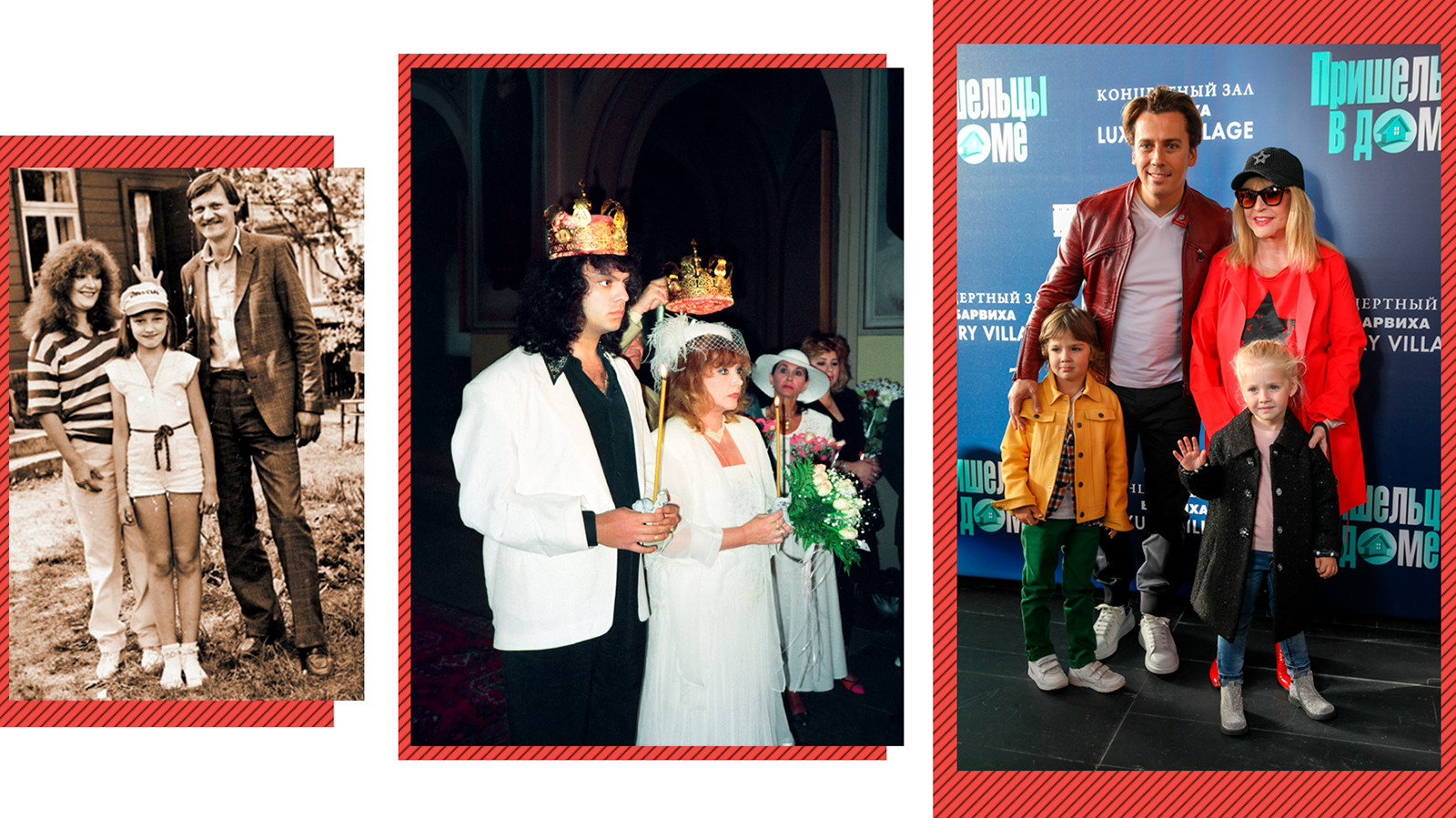 Alla Pugacheva got married the first time at the age of 20 to a circus performer, Mikhail Orbakas, which led to the birth of her first daughter Kristina—who has also become a popular singer.

At 28, she married her second husband and then, three years later, her third. In 1994, she shocked fans by getting married to a rising star named Phillip Kirkorov who was 18 years her junior. Incidentally, their marriage lasted longer than the others—11 years—and they have remained friends even after the divorce.

In 2011, Pugacheva became a happy bride for the fifth time. The groom was a young comedian and TV host who is 27 years younger than her named Maxim Galkin. A couple of years later, they had twins Yelizaveta and Harry, born to a surrogate mother.