Most famous Russian paintings explained: 'Ivan the Terrible and His Son' 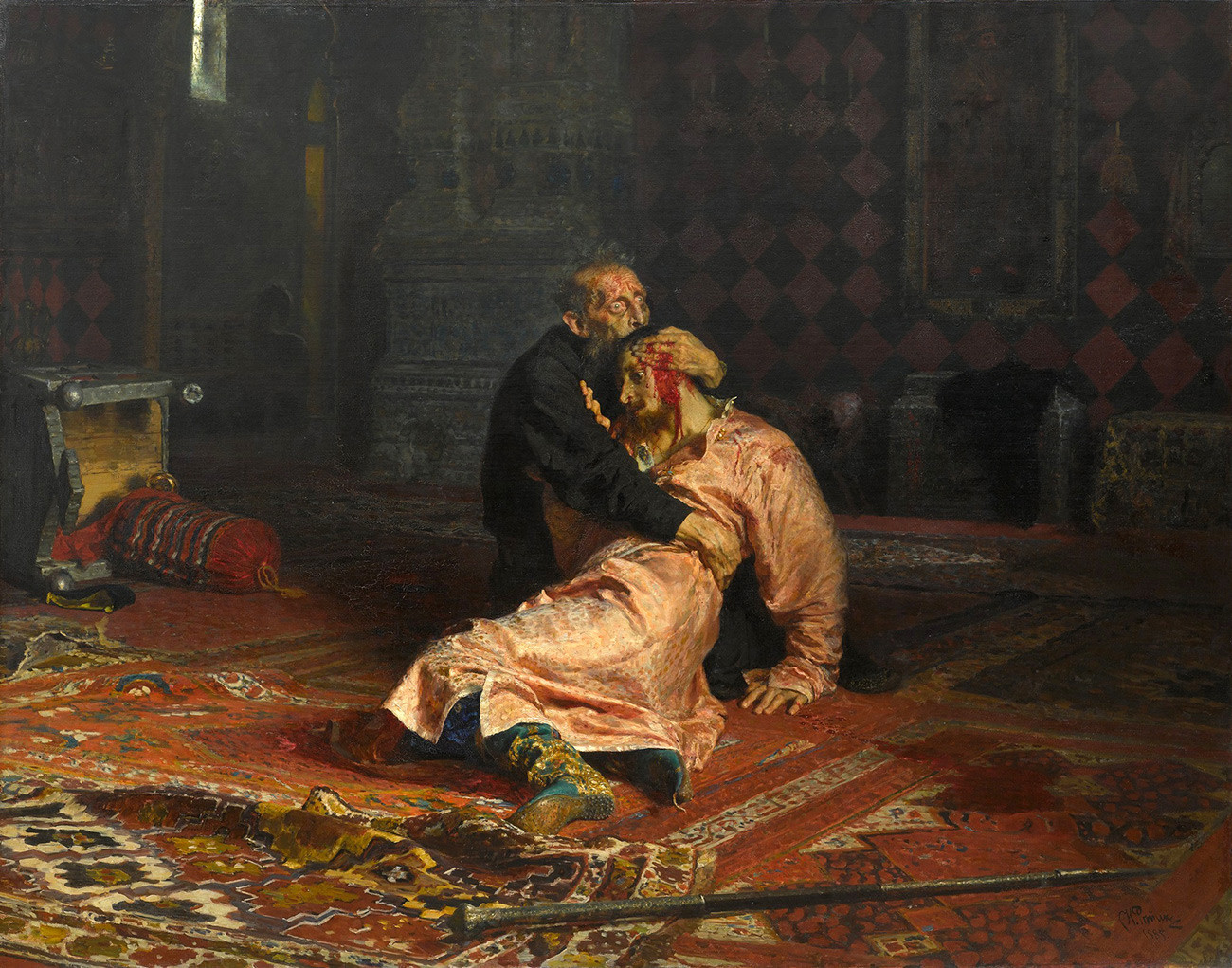 It’s thought Ivan the Terrible killed his son during a family row after Ivan Jr.’s pregnant wife walked past the Tsar in her undergown (showing one’s undies to the Tsar was highly offensive). Another account claims a political disagreement between the two lads was to blame… Ivan the Terrible swung his staff and accidentally smashed his son’s head before desperately trying to stem the blood flow, but to no avail. Twenty-seven-year-old Ivan was the only sane heir to the throne, his younger brother Fyodor was considered mentally ill. The image shows Ivan Jr. at death’s door, forgiving his father for lashing out by solemnly holding a distraught Ivan the Terrible’s shoulder with his right hand.

There’s a lack of evidence for historians to clarify the reason behind the young man’s death, but thanks partially to Ilya Repin’s famous painting, most people now think his father was responsible. 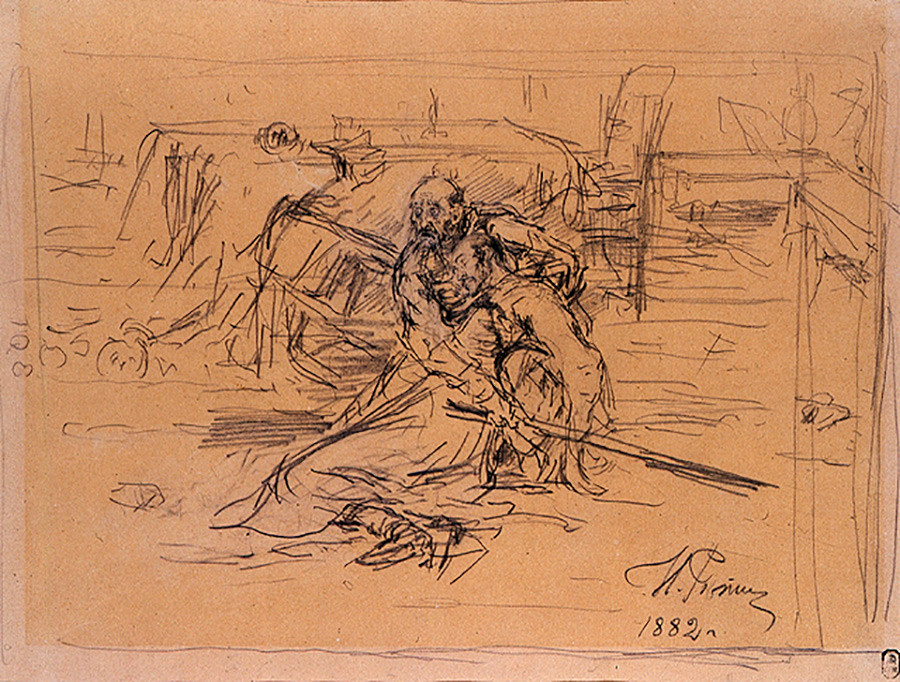 A sketch for the painting

Repin’s aforementioned painting was inspired by the assassination of Russian Emperor Alexander II  (March 1, 1881). Bullfighting, which Repin witnessed during his travels in Europe in 1883, is also cited as a major source, especially concerning the depiction of blood.

“Misfortunes, death, murders, and blood have a certain power of attraction. Those times, all exhibitions in Europe featured a lot of gory paintings,” wrote. “I must have been infected with this goriness because as soon as I got home, I immediately started working on the scene of Ivan and his son. And the depiction of blood eventually had huge success.” The creation process took its toll on the artist. “I painted – in rushes, I suffered, I doubted, I edited and re-edited what has been already done, I hid the painting in disappointment, then took it out and charged again. Sometimes, I was gripped with fear…My friends also got this impression from the painting. But something pushed me to finish this painting.”

There were several different versions of the painting before Repin settled on the final scene. Initially, Ivan held the staff in his hand, but it ended up on the floor. 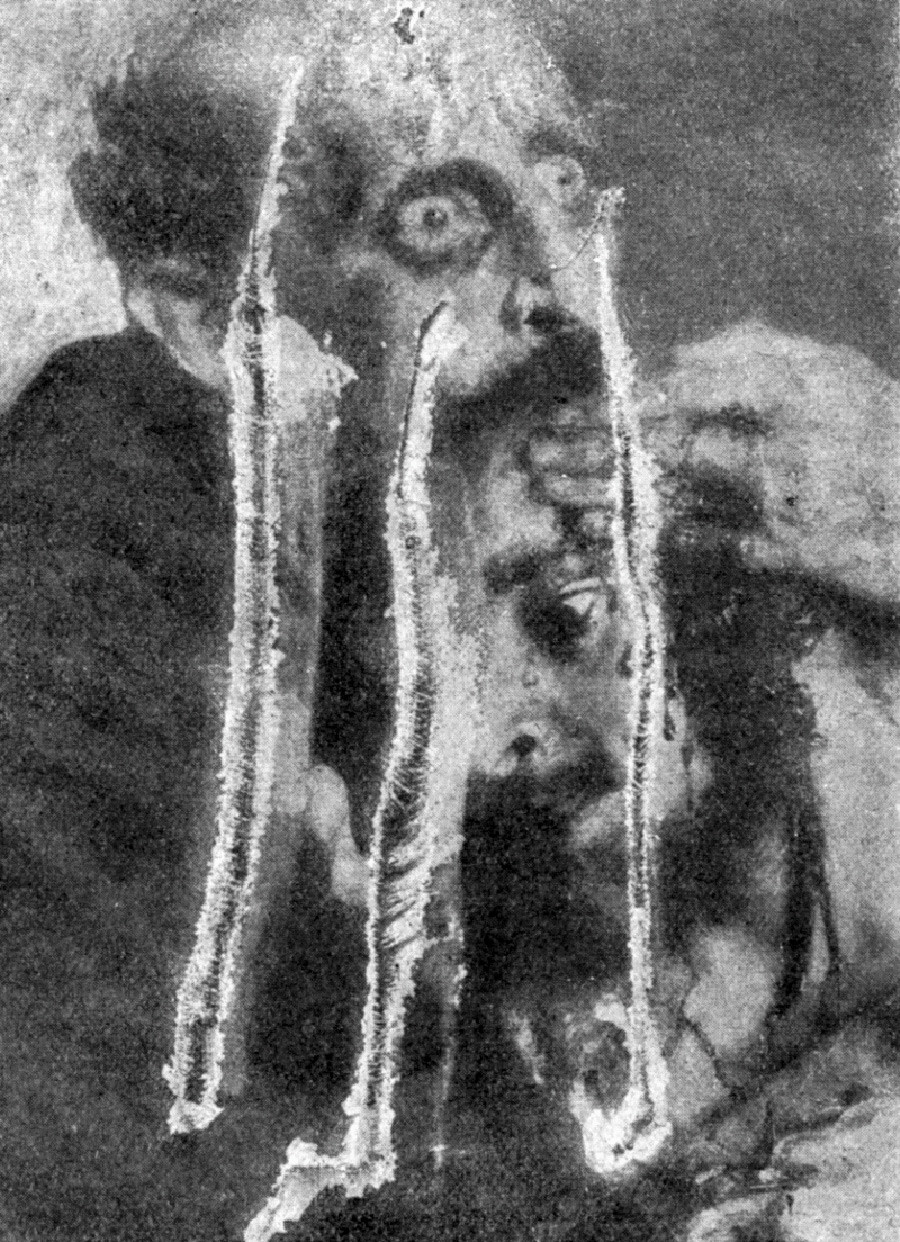 A part of the painting damaged by Abram Balashov

soon as it was completed the painting fueled controversy. Alexander III of Russia wasn’t a fan of the canvas so in 1885 he banned it from public view – the first time this has ever been done in Russia! However, three months later the ban was lifted, and Pavel Tretyakov, who bought the painting from Repin, started exhibiting it.

To date, the painting has been targeted by vandals twice. The first time was in 1913 when 29-year-old Abram Balashov, a well-to-do icon painter from an Old Believers’ family, stabbed the part of the canvas showing the faces of Ivan and his son with a knife, leaving three long slashes. As he did this, he screamed: “Enough of death, enough of bloodshed!” After learning about the incident, the Tretyakov’s gallery curator Georgy Khruslov took his own life by jumping under a train – he was so ashamed that his staff didn’t keep the painting safe.

Repin, 68 at the time, wasn’t sure he could save the artwork but eventually managed to restore it. Balashov wasn’t sent to jail for his crime, he was declared mentally ill and admitted to a lunatic asylum. However, it wasn’t before long that he was released at the request of his influential father 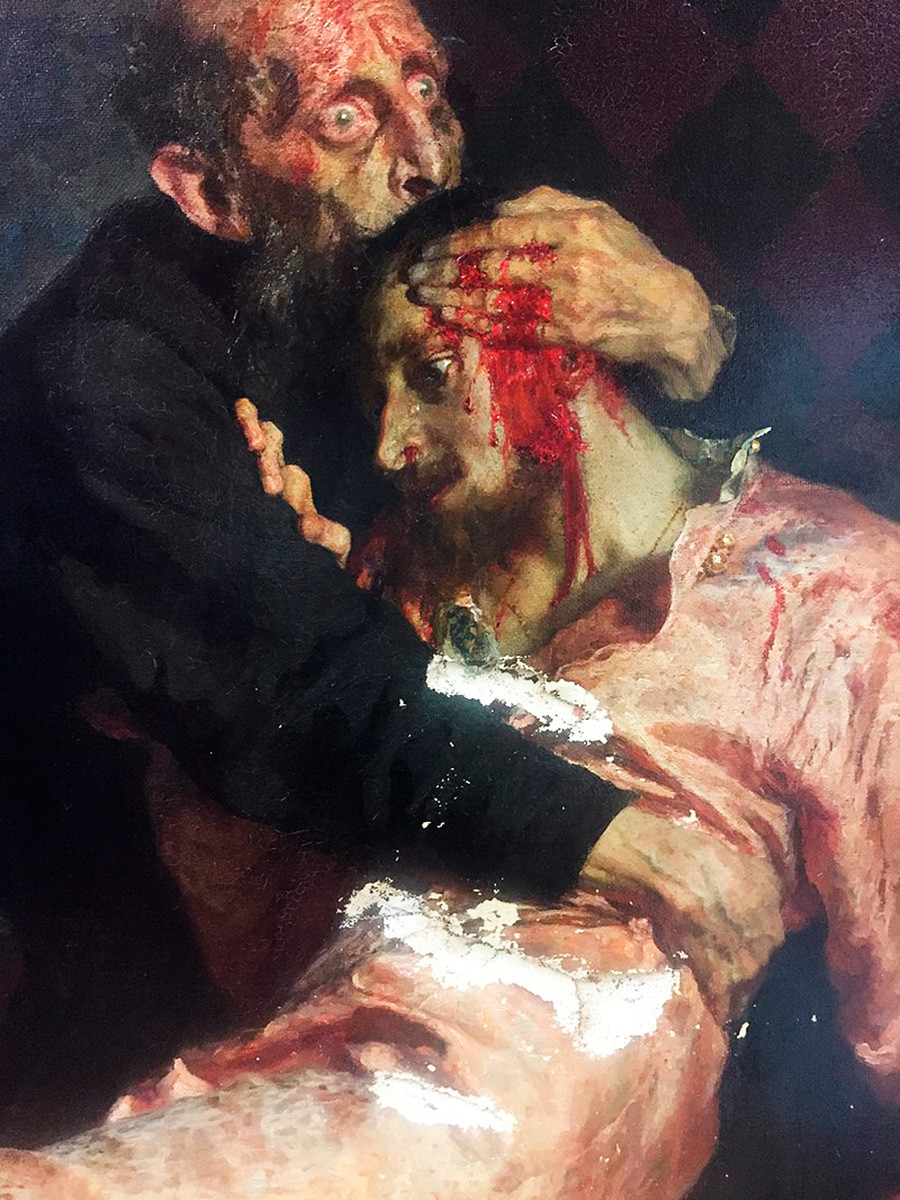 The consequences of vandalism in 2018

second act of vandalism happened 105 years later, on May 25, 2018. A man rushed in the Tretyakov hall where the picture is exhibited five minutes before the gallery was due to close and smashed the painting with a metal pole used for supporting the protective rope around the artwork. The glass covering the picture was shattered and damaged the canvas and frame. This time, the faces of Ivan and his son were unharmed –  only Ivan Jr.’s body was cut.

Thirty-seven-year-old Podporin was pronounced sane. On April 30, 2019, he received a sentence – 2, 5 years in the slammer. The damage he caused is estimated at 30 million rubles ($469,200) and the painting is currently being restored.